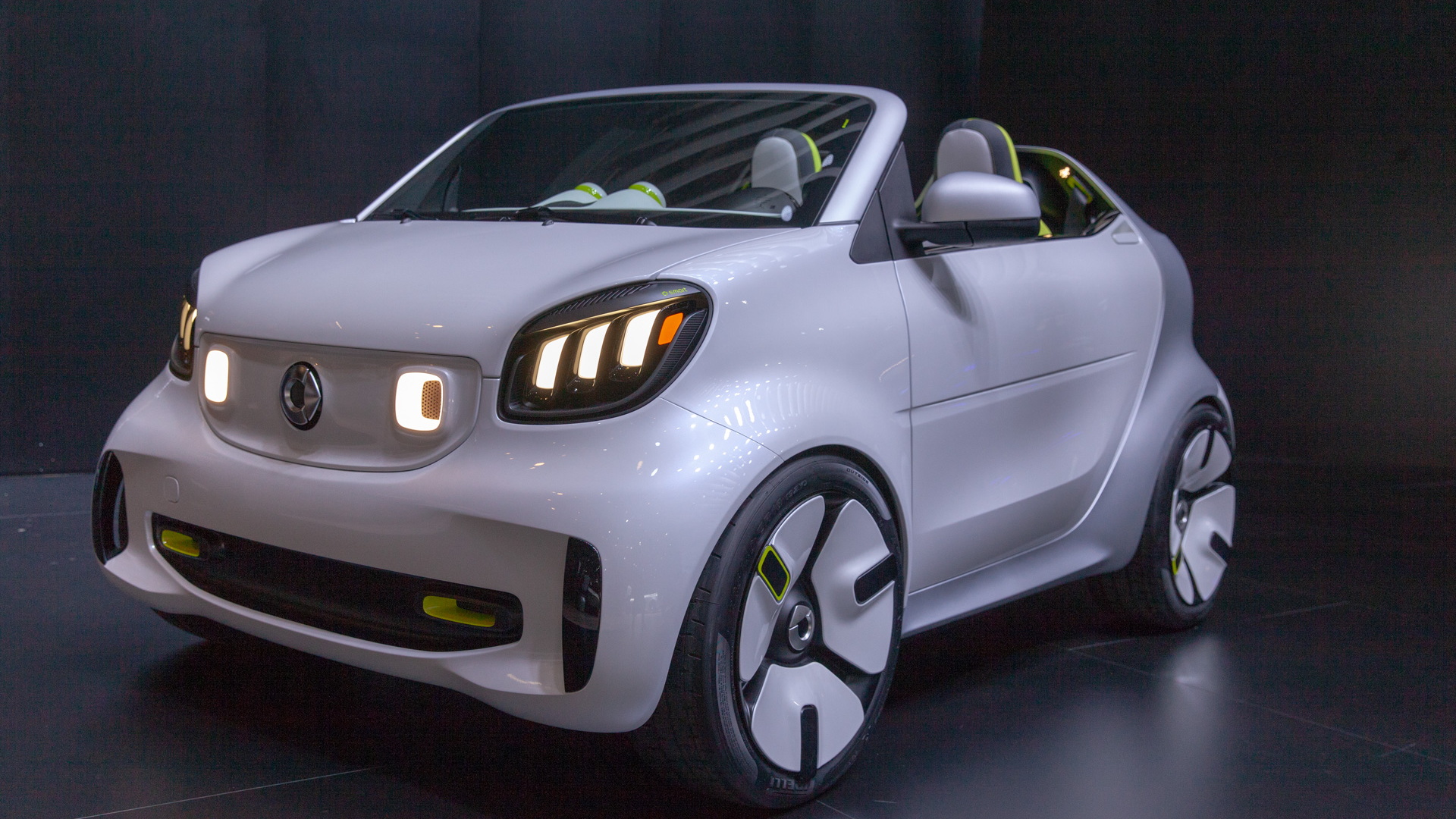 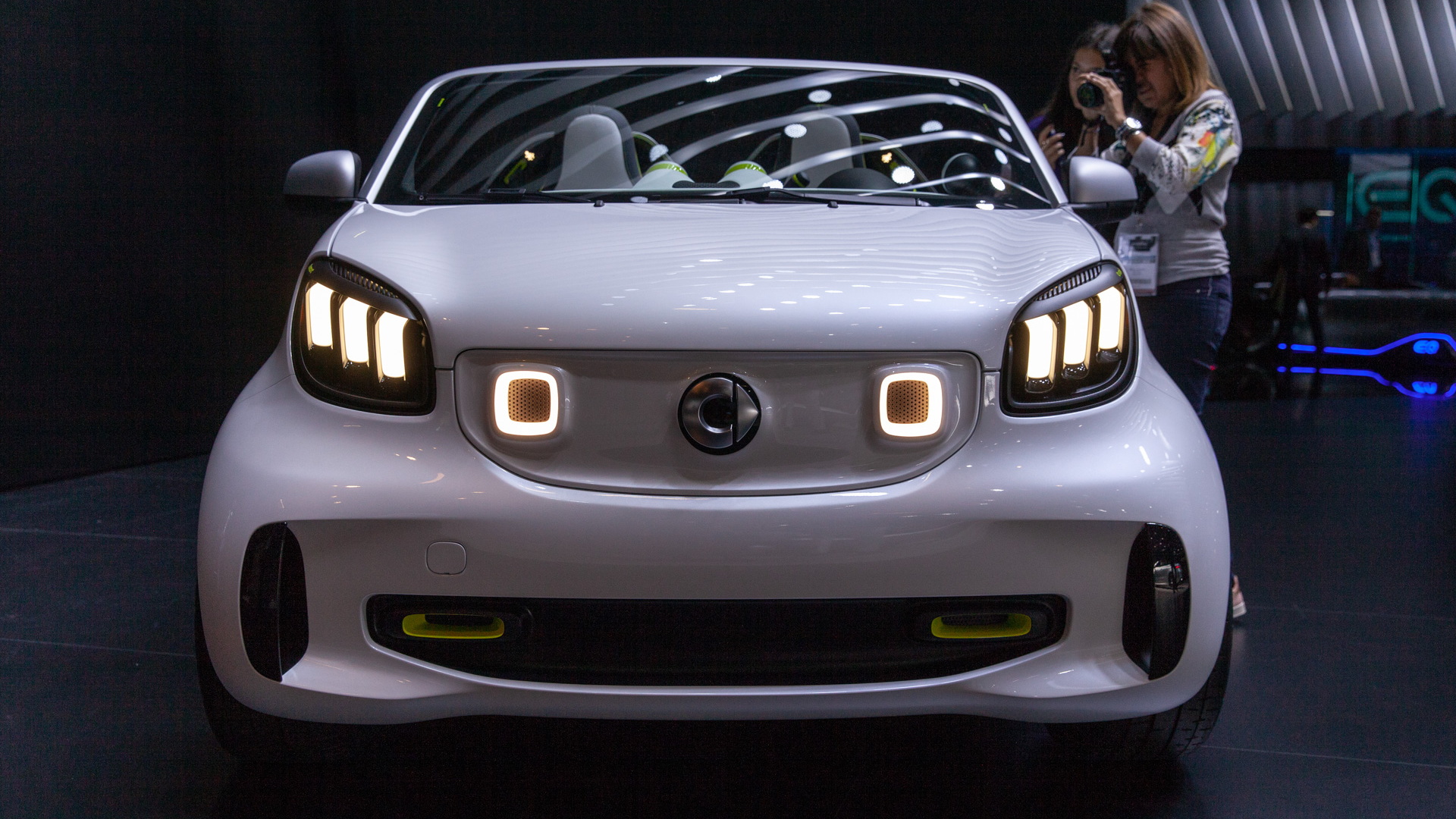 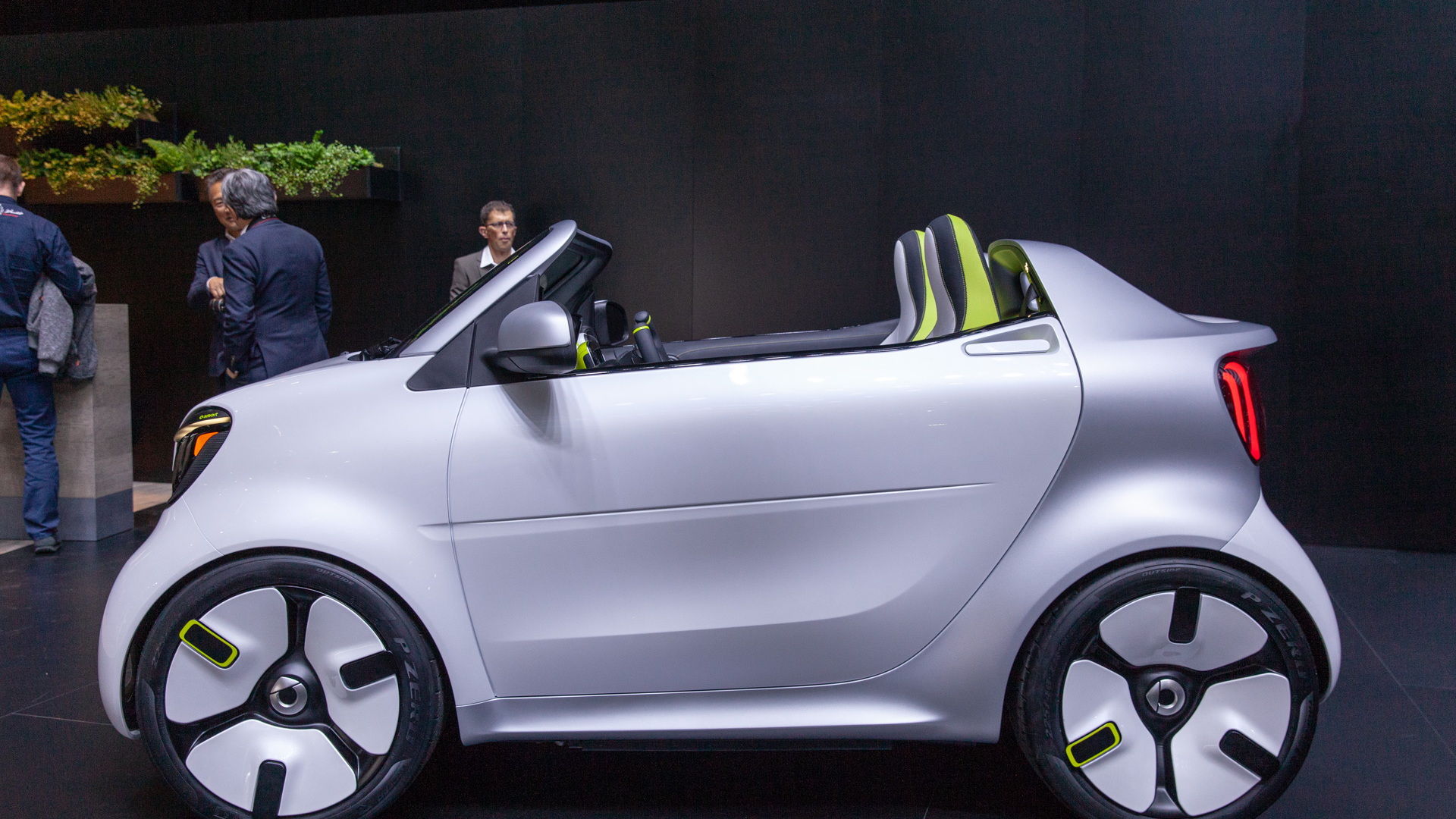 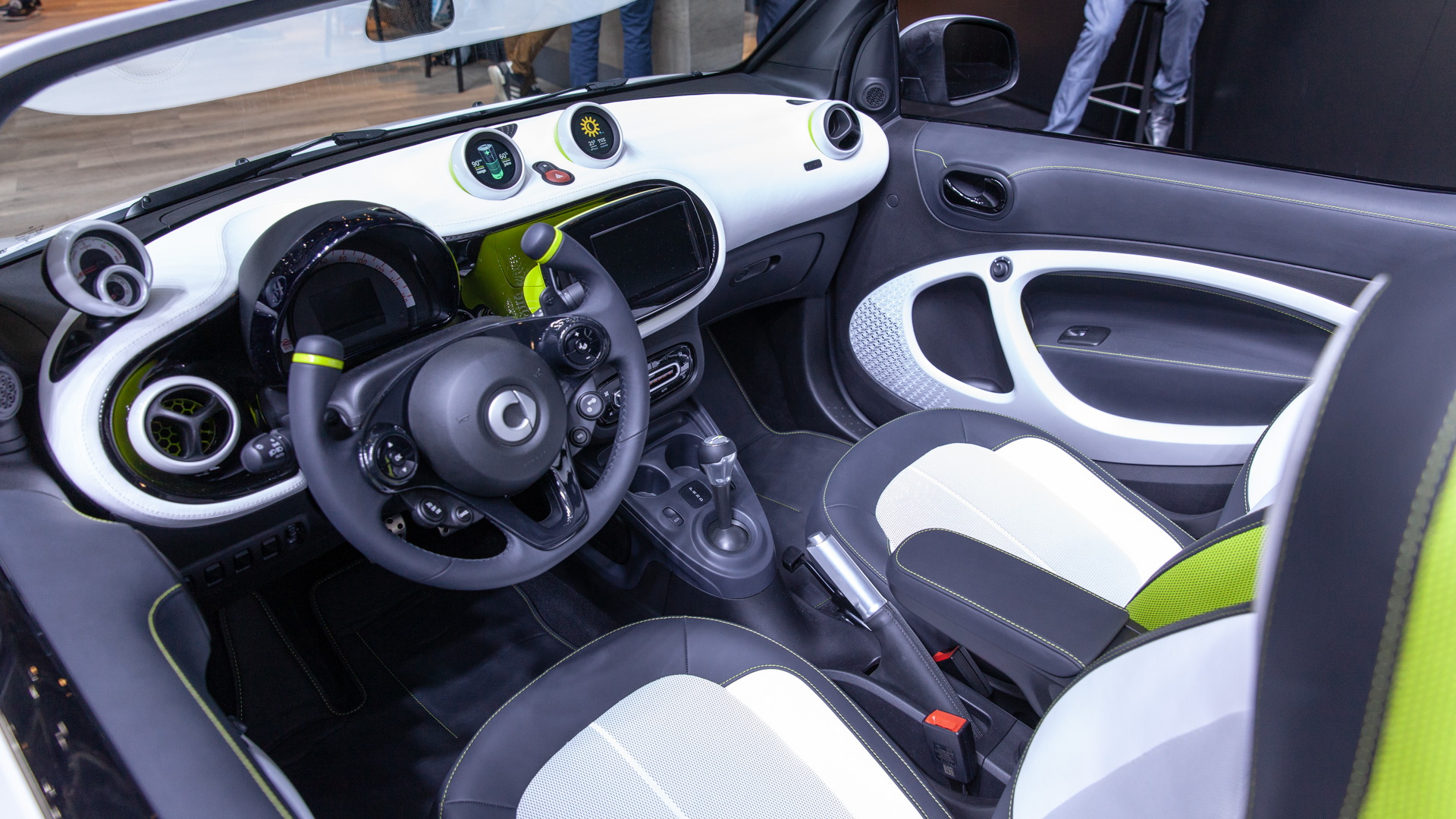 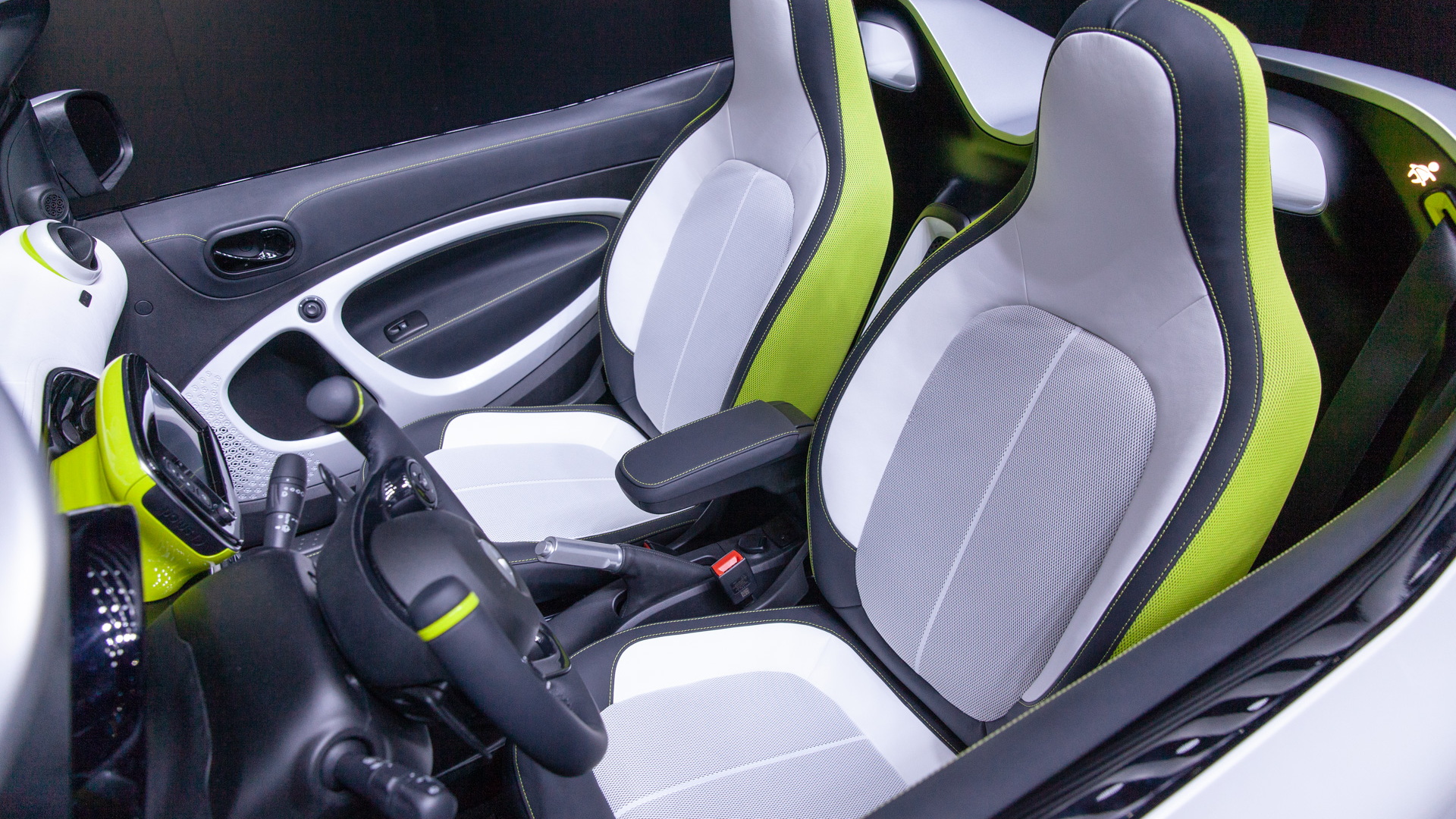 Smart this year is celebrating the 20th anniversary of the start of sales of the original ForTwo, and part of the celebrations included the unveiling of the ForEase concept on Tuesday at the 2018 Paris auto show.

The ForEase is based on the battery-powered Smart EQ ForTwo Cabrio but has been transformed into a sporty speedster instead of a convertible. While Smart says the concept has been developed to reinterpret urban driving in fun and a refreshing way, we know elements of the design will feature on future Smart cars.

Some of the standout design treatments include the new LED patterns of the head and taillights, sealed-off grille, and door handles that are seamlessly recessed in the doors. We're told that in the case the car flips, the passengers are protected courtesy of the two dome-like roll hoops behind the seats.

Being based on the electric version of Smart's ForTwo Cabrio, the concept thus is also a preview of the electric future of the Smart brand. Recall, Smart became an EV-only brand in the United States last year and from 2020 it will be EV-only in Europe, too. The rest of the world is due to follow soon after.

All current-generation electric Smarts feature a common powertrain, in this case a single motor mounted at the rear delivering 80 horsepower and 118 pound-feet of instantaneous torque. The battery is a 17.6-kilowatt-hour lithium-ion unit that, in the U.S.-market Fortwo Electric Drive Convertible, is rated at 57 miles of range.