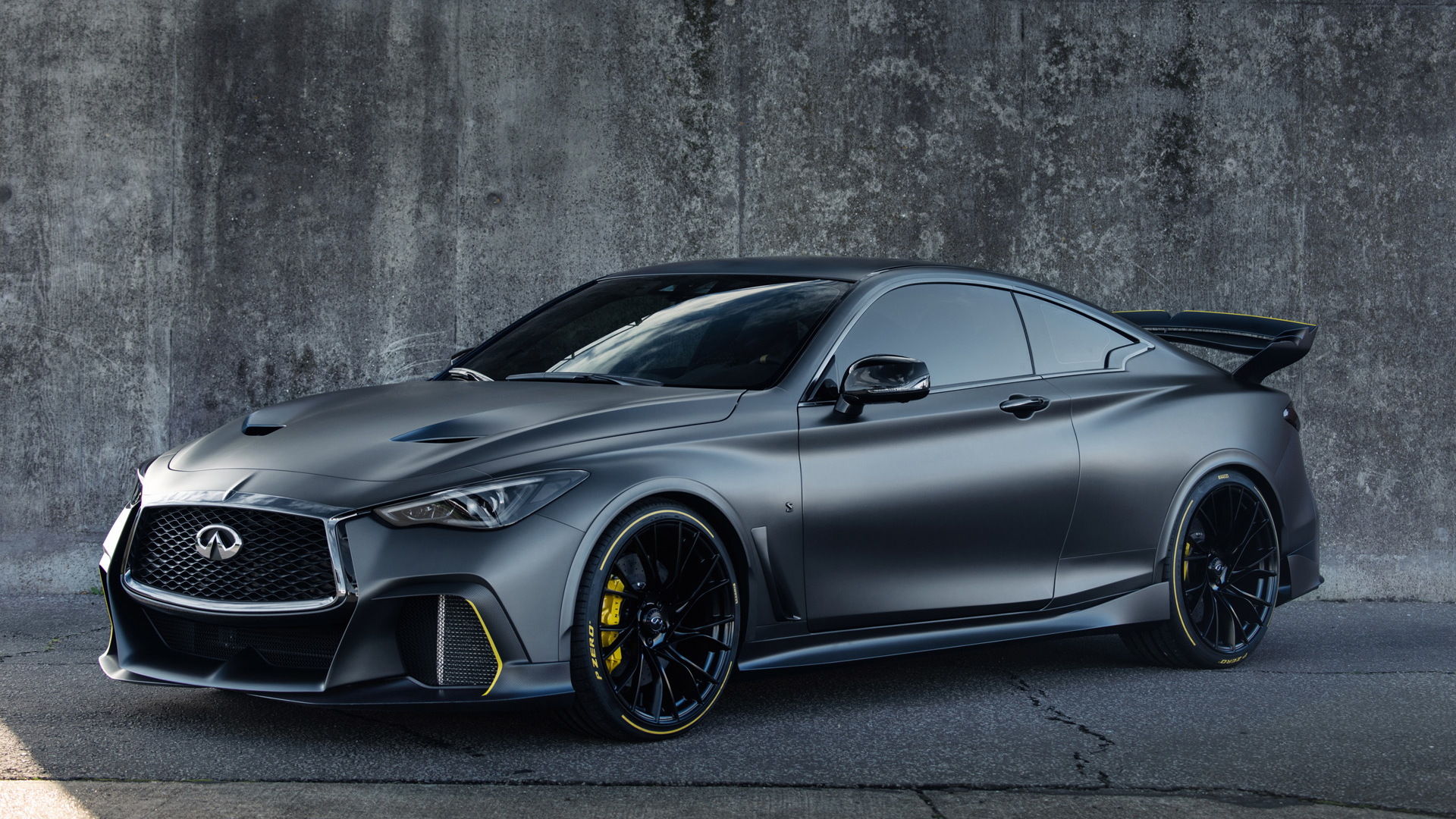 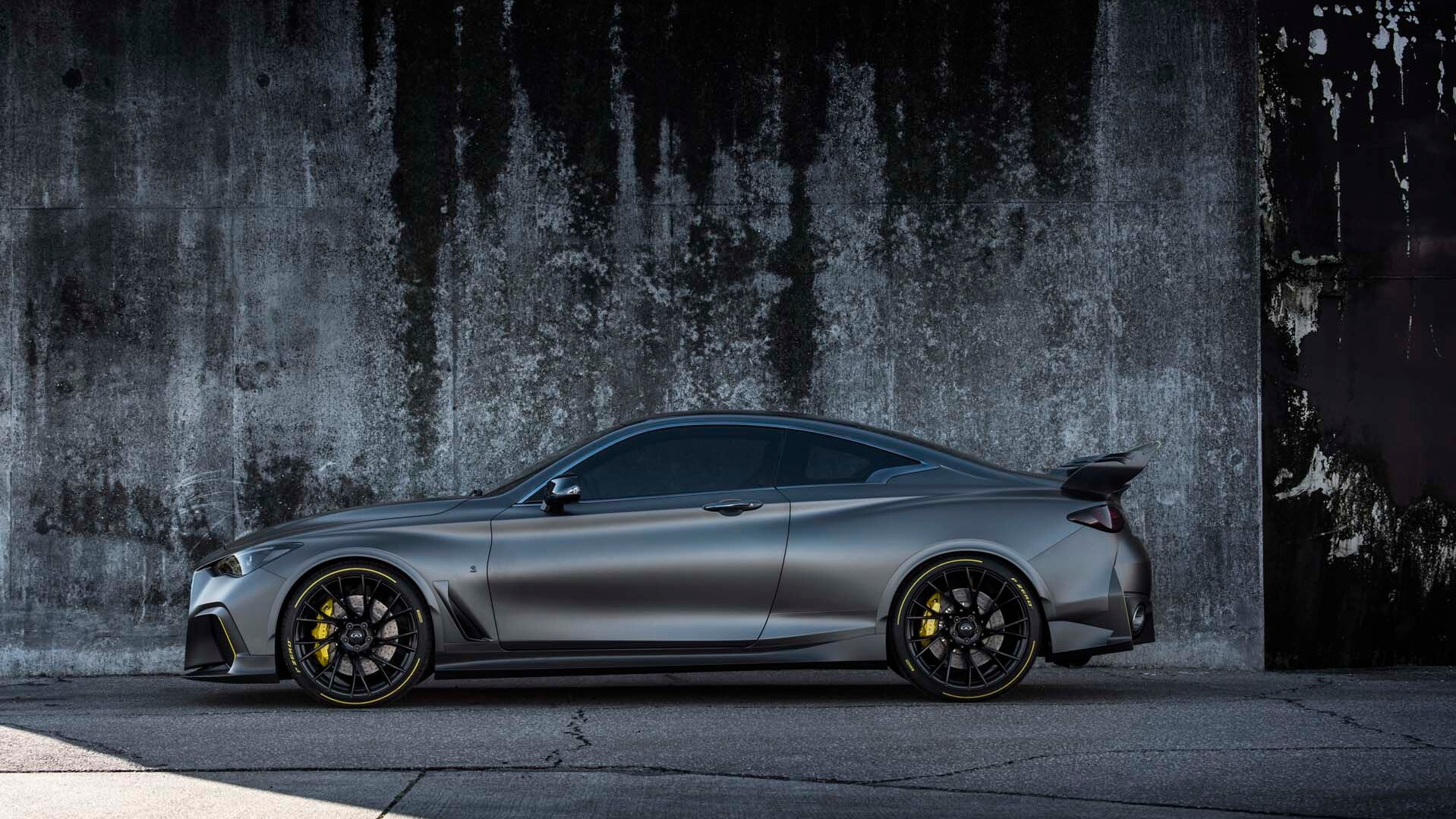 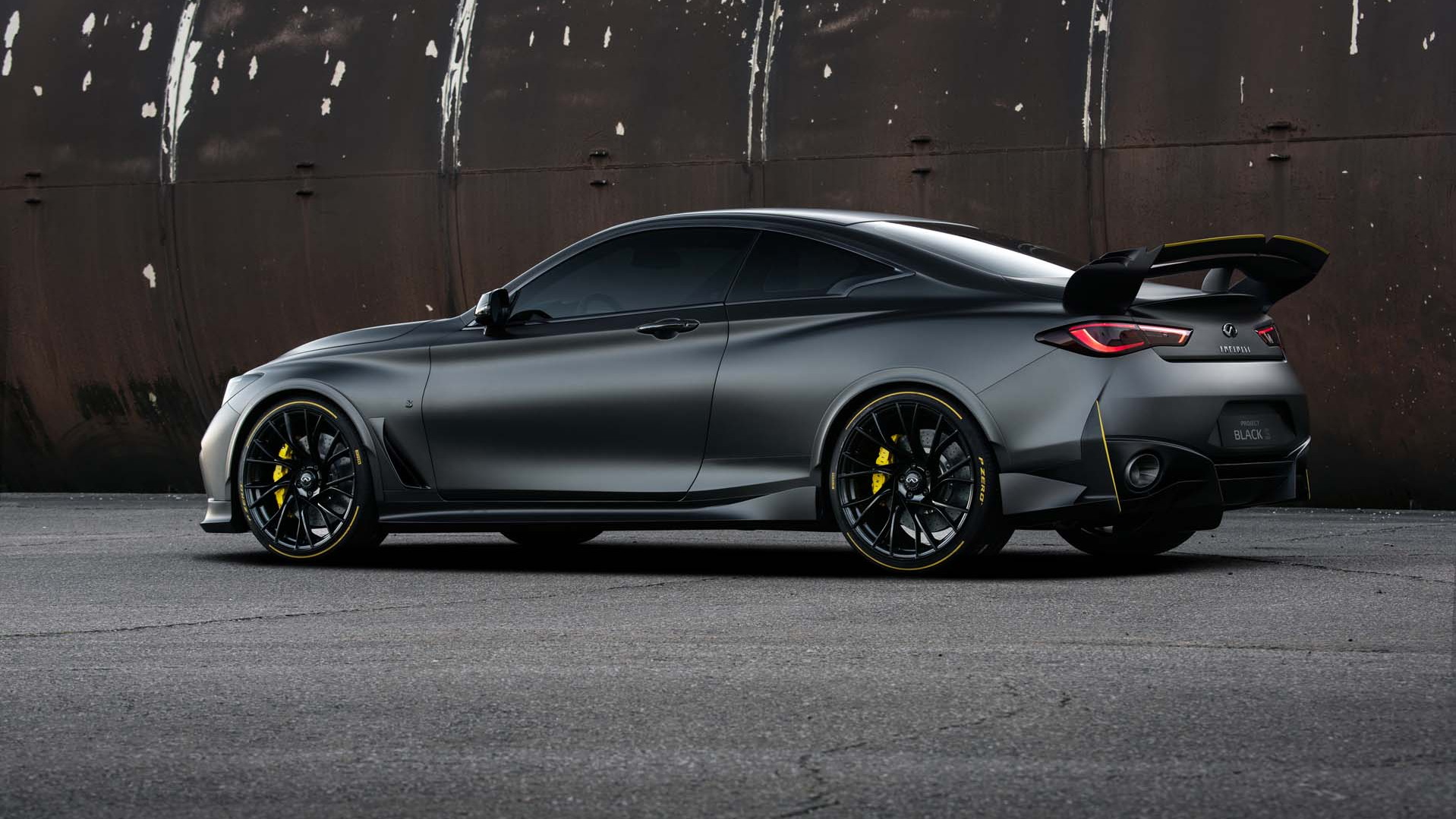 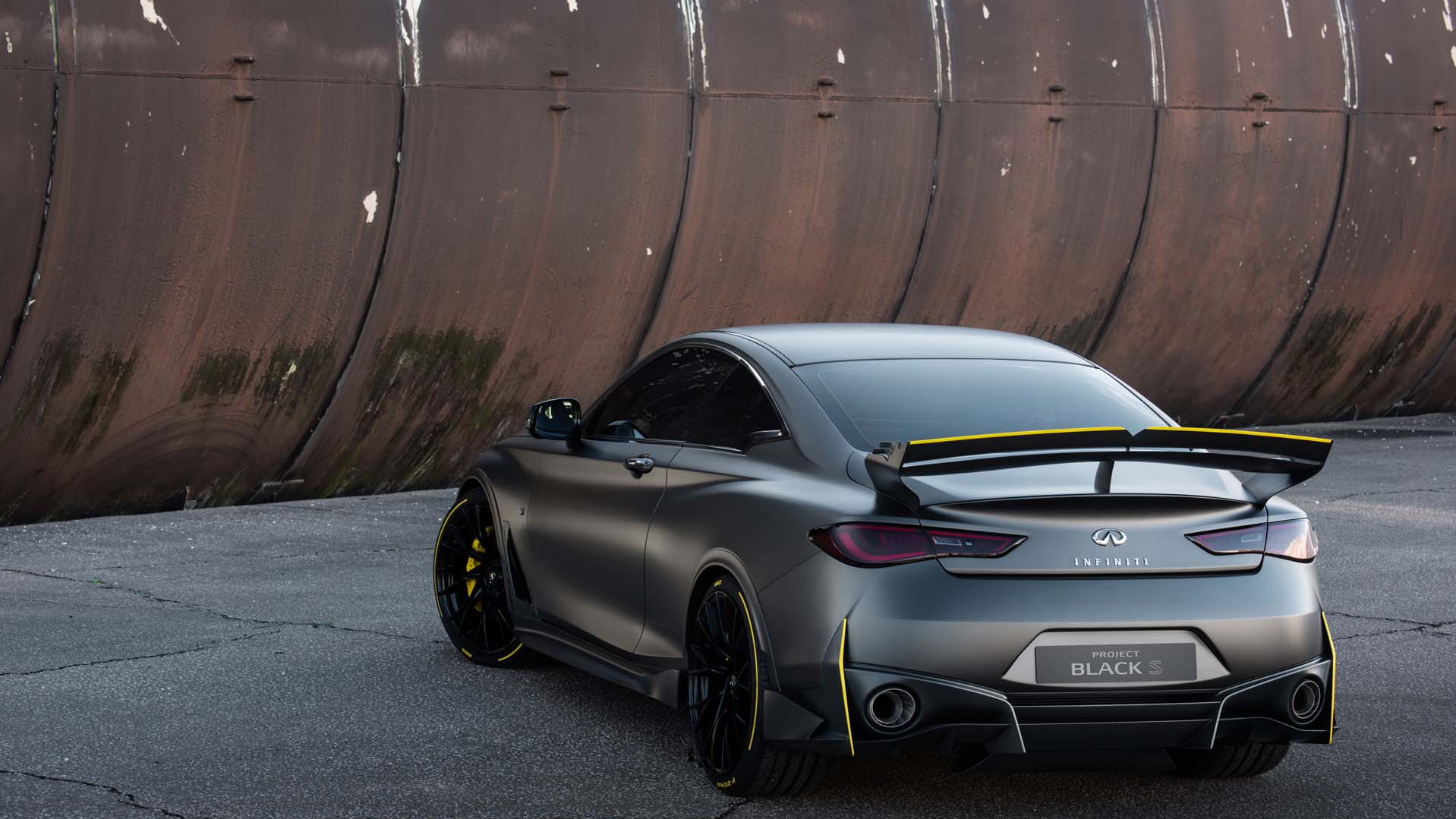 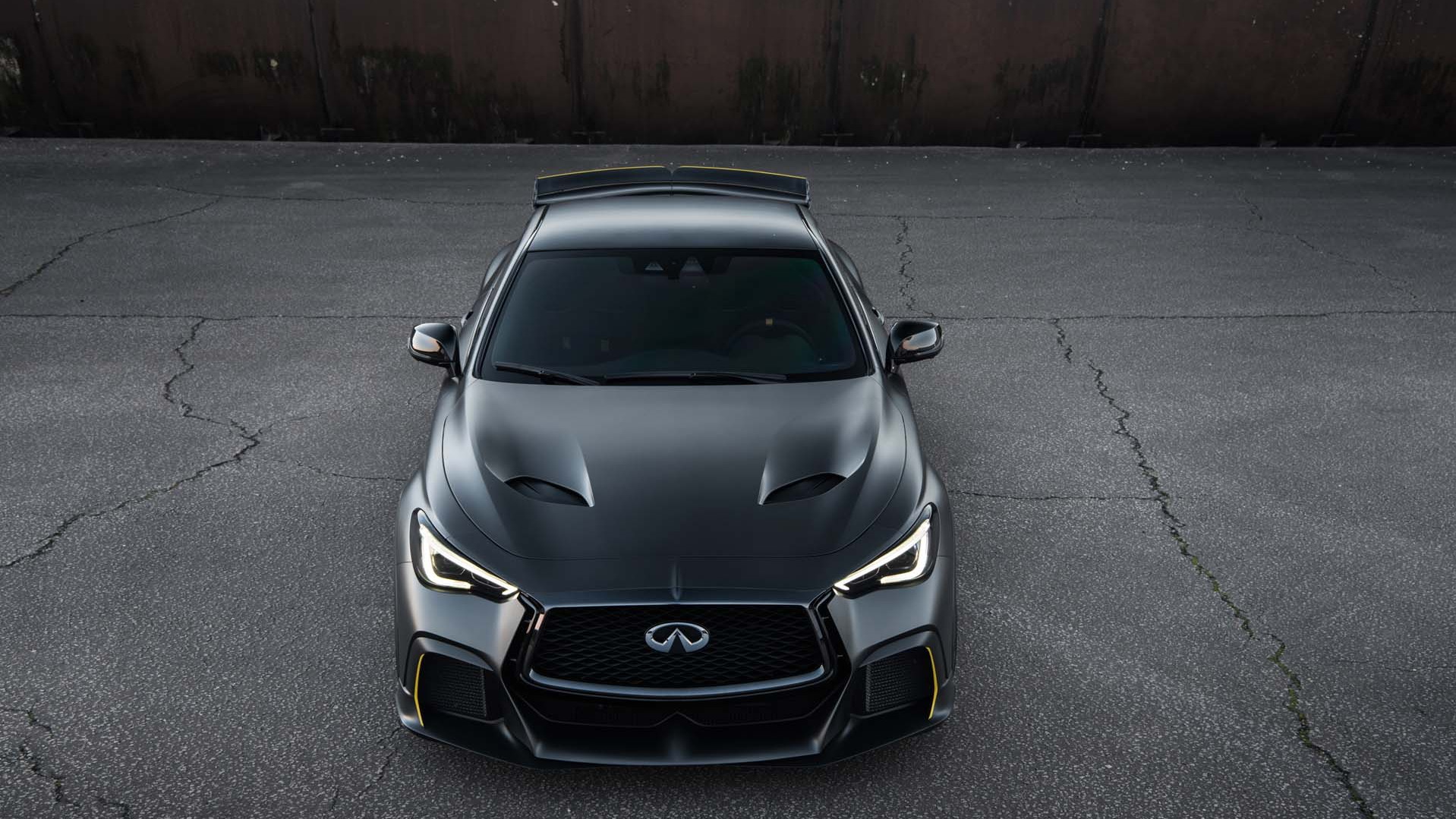 It's been more than two years since we first laid eyes on the Infiniti Q60 Project Black S concept. You'd think that would be enough time for management to make a decision on production, but apparently it isn't.

Infiniti on Thursday provided an update on the gestation of the Q60 Project Black S and said a number of milestones have been reached but a decision on production is still forthcoming. The automaker said the decision should be made by the end of 2019.

Let's hope Infiniti doesn't chicken out this time like it did with the previous Q50 Eau Rouge, because there's a lot to like about the Q60 Project Black S. After all, the car packs a hybrid powertrain developed with technology found in Renault's current crop of Formula One race cars.

Renault is an alliance partner of Infiniti parent company Nissan and worked with Infiniti on the energy recovery system on its F1 car. Renault also lent Infiniti one of its F1 drivers, in this case Nico Huelkenberg, to help test the first pair of prototypes. Development of the powertrain was recently signed off after an extensive session at Austria's Salzburgring.

Infiniti calls the Q60 Project Black S powertrain a dual-hybrid, as there are hybrid systems for both the turbochargers and the driveline. The setup is the same as in F1 though F1 cars only have a single turbocharger whereas the Q60 Project Black S has two. The powertrain pairs the 400-horsepower 3.0-liter twin-turbocharged V-6 of the Q60 Red Sport 400 with three electric motor-generators for a combined output of 563 horses, or enough for 0-60 mph acceleration in under 4.0 seconds.

Each of the turbochargers features one motor-generator (MGU-H), with the the third motor-generator mated to the engine (MGU-K). The MGU-H units can recover energy from the exhaust regardless if the car is accelerating or braking and then use the recovered energy to spool the turbo's compressor wheel. Meanwhile the MGU-K recovers energy under braking and helps the engine power the wheels. The setup ensures that there's always energy on reserve.

Additional F1 knowledge that's gone into the Q60 Project Black S are in the areas of aerodynamics and by-wire controls for the steering, throttle, gear shifts and even braking.

"Now we have two completed prototypes we will fully evaluate the production potential of Project Black S,” said Mike Colleran, Infiniti's deputy chairman. “It is still too early to predict the outcome as we need a solid business case, but the latest rounds of testing have proved its unique performance and underlines our pursuit of electrified performance.”