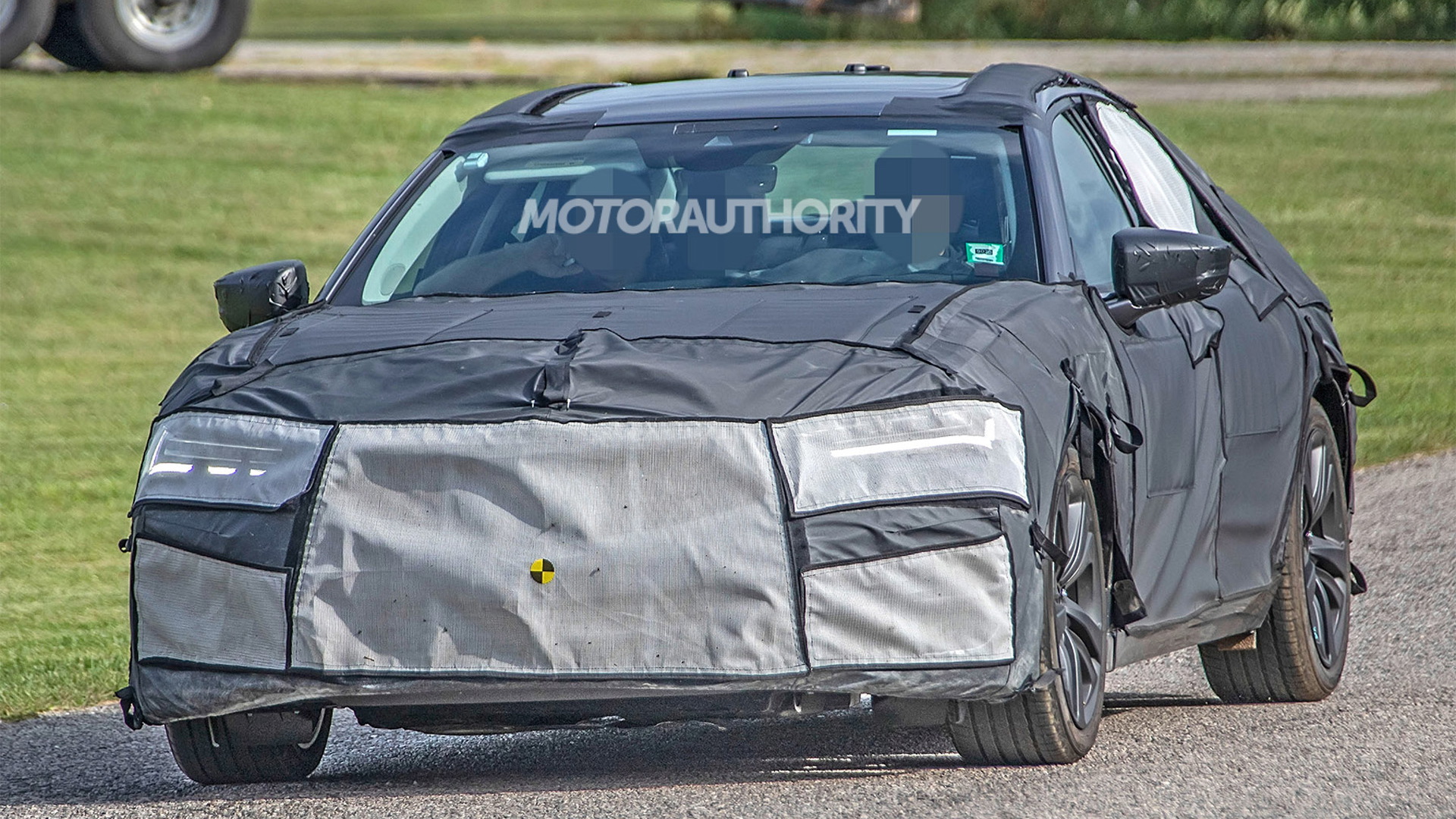 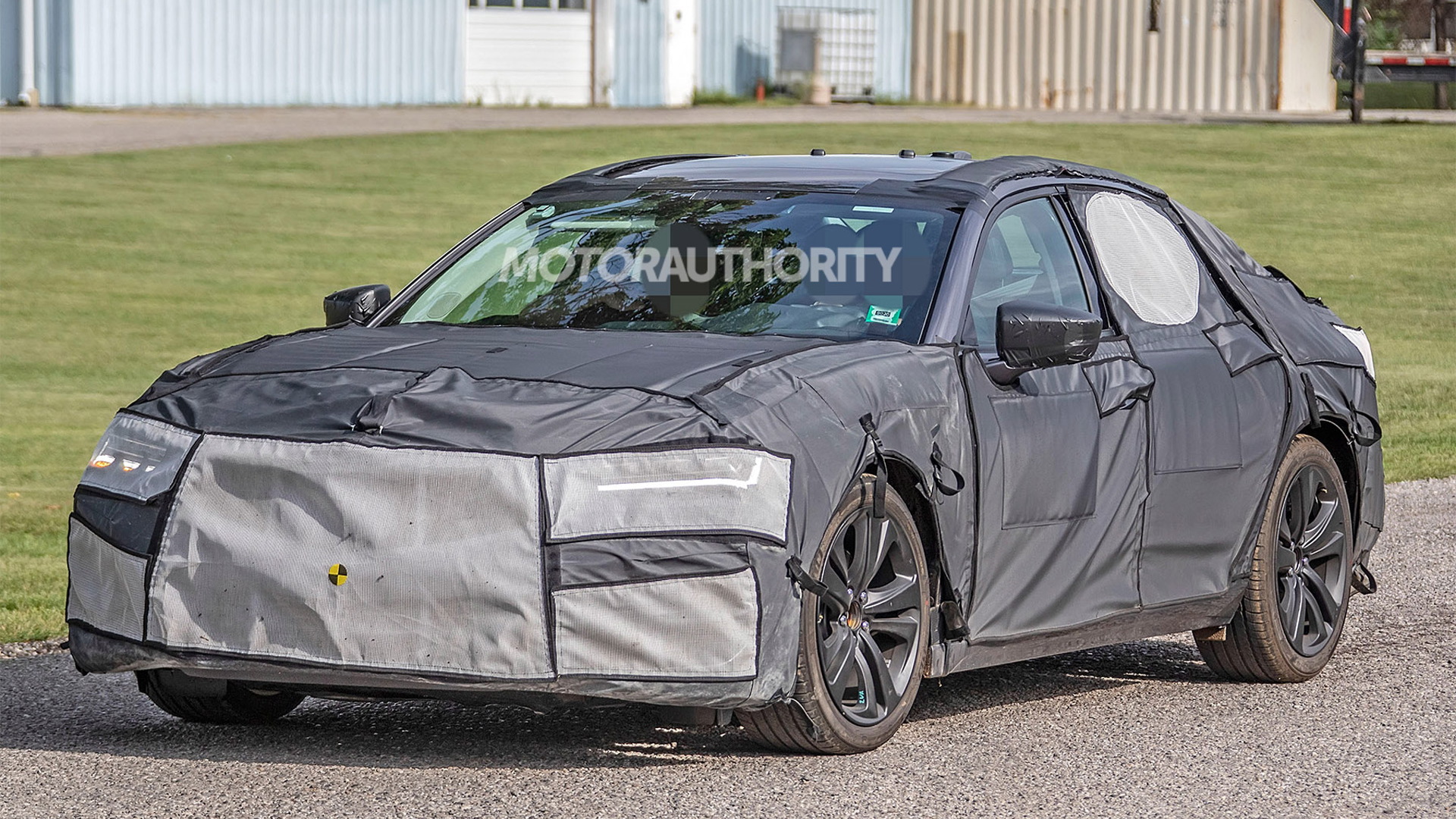 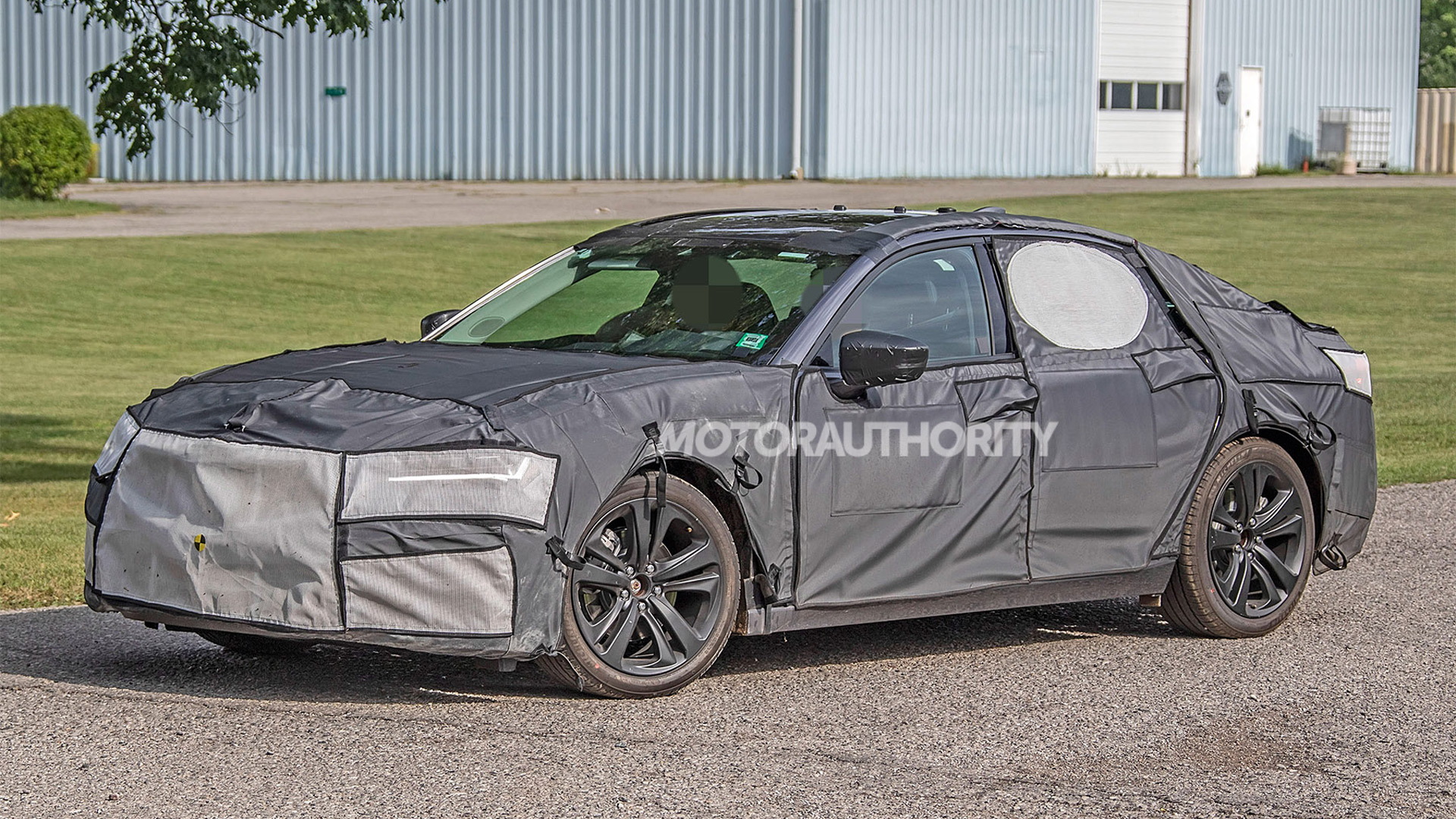 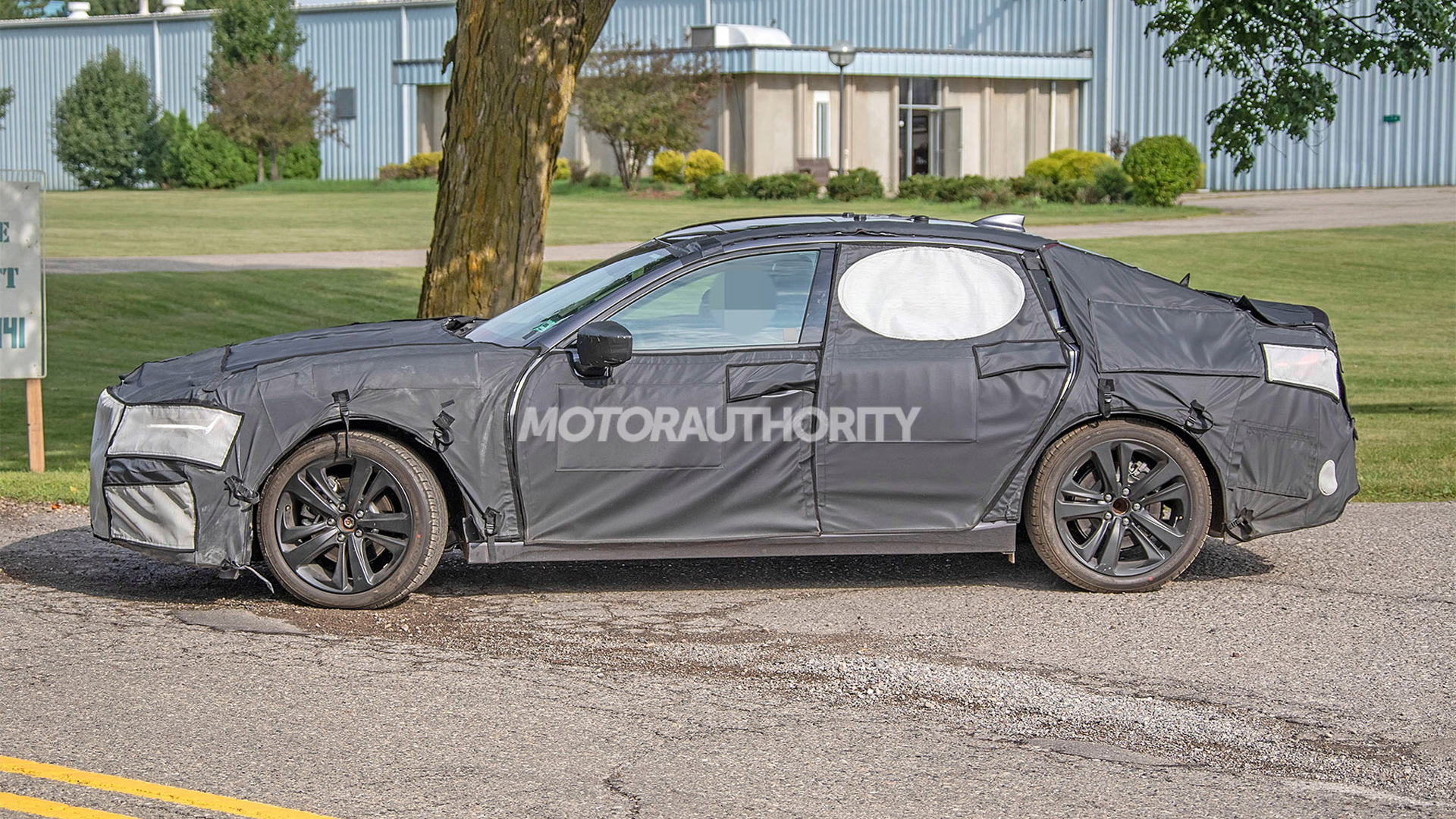 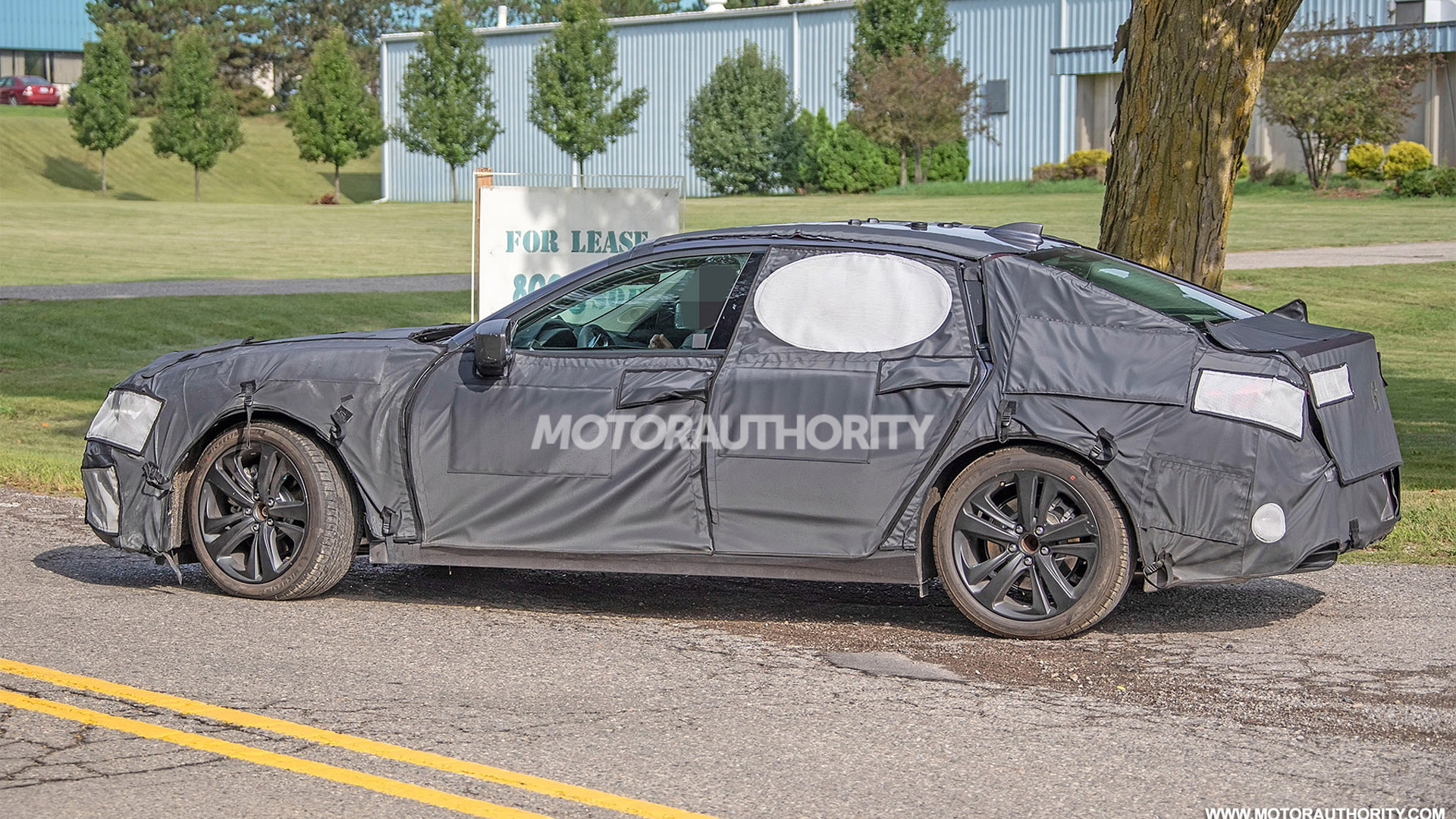 Acura only days ago unveiled its Type S Concept and now the car most influenced by the stunning show car's design has been spotted.

The car is the redesigned Acura TLX, which is due on the market next year as a 2021 model.

While the Type S Concept's lines have been toned down for the redesigned TLX, common elements are present such as the long hood and generous dash-to-axle ratio. Such traits are typical of rear-wheel-drive cars, though it's unlikely Acura has taken this route.

Rather, the redesigned TLX is expected to utilize the Acura-exclusive platform that debuted in the 2019 RDX. As Acura chief Jon Ikeda said at last year's launch of the RDX, the SUV was only the first vehicle based on the platform.

It's still a front-wheel-drive design, though there are major improvements aimed at improving ride quality. For instance, more than 50 percent of the construction is high-strength steel for improved body rigidity, while ultra-high-strength steel rings the doors to make the structure even stiffer. You'll also find MacPherson strut suspension up front and a sophisticated a five-link independent setup in the rear.

This will bode well for a planned TLX Type S that should also be ready in time for the 2021 model year. The Type S badge was last seen on an Acura back in 2008 on the TL sedan. At the 2018 North American International Auto Show in Detroit, Acura announced the Type S badge would return on multiple models, and a new turbocharged V-6 is on deck.

We suspect the V-6 will be derived from the 3.5-liter twin-turbo in the NSX supercar, and that's a good thing. Early test mules for the TLX Type S have been spotted being benchmarked against a 354-horsepower Audi S4 and 362-hp Mercedes-AMG C43, so you can imagine the performance level the engineers are targeting. Naturally, all-wheel drive should be standard for the Type S.

As for the base version of the redesigned TLX, the 272-hp 2.0-liter turbocharged inline-4 that features in the RDX should make the cut. A hybrid option could also be in the pipeline. The sole transmission is expected to be a 10-speed auto.

Look for the redesigned TLX to debut late this year or early next.