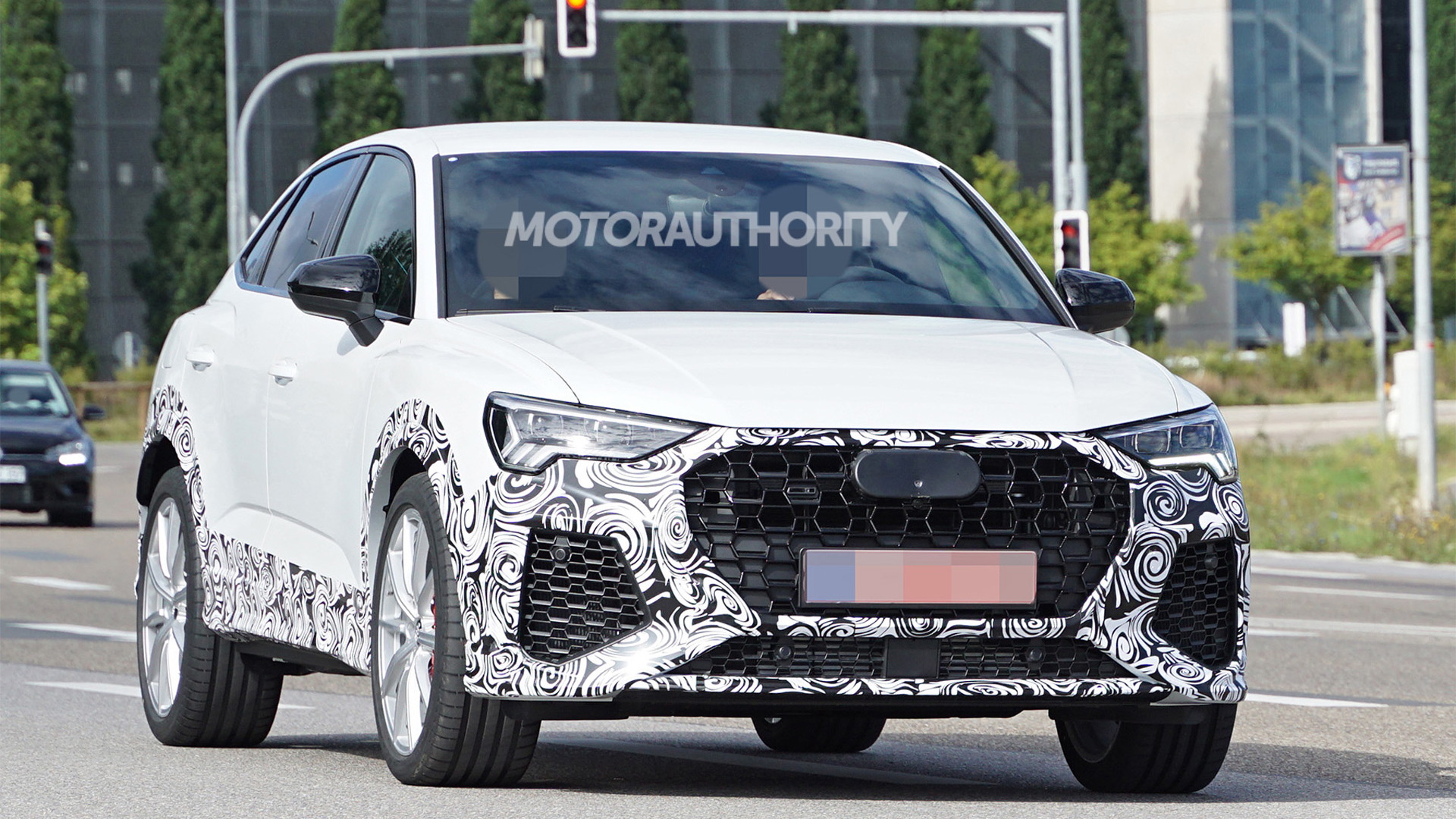 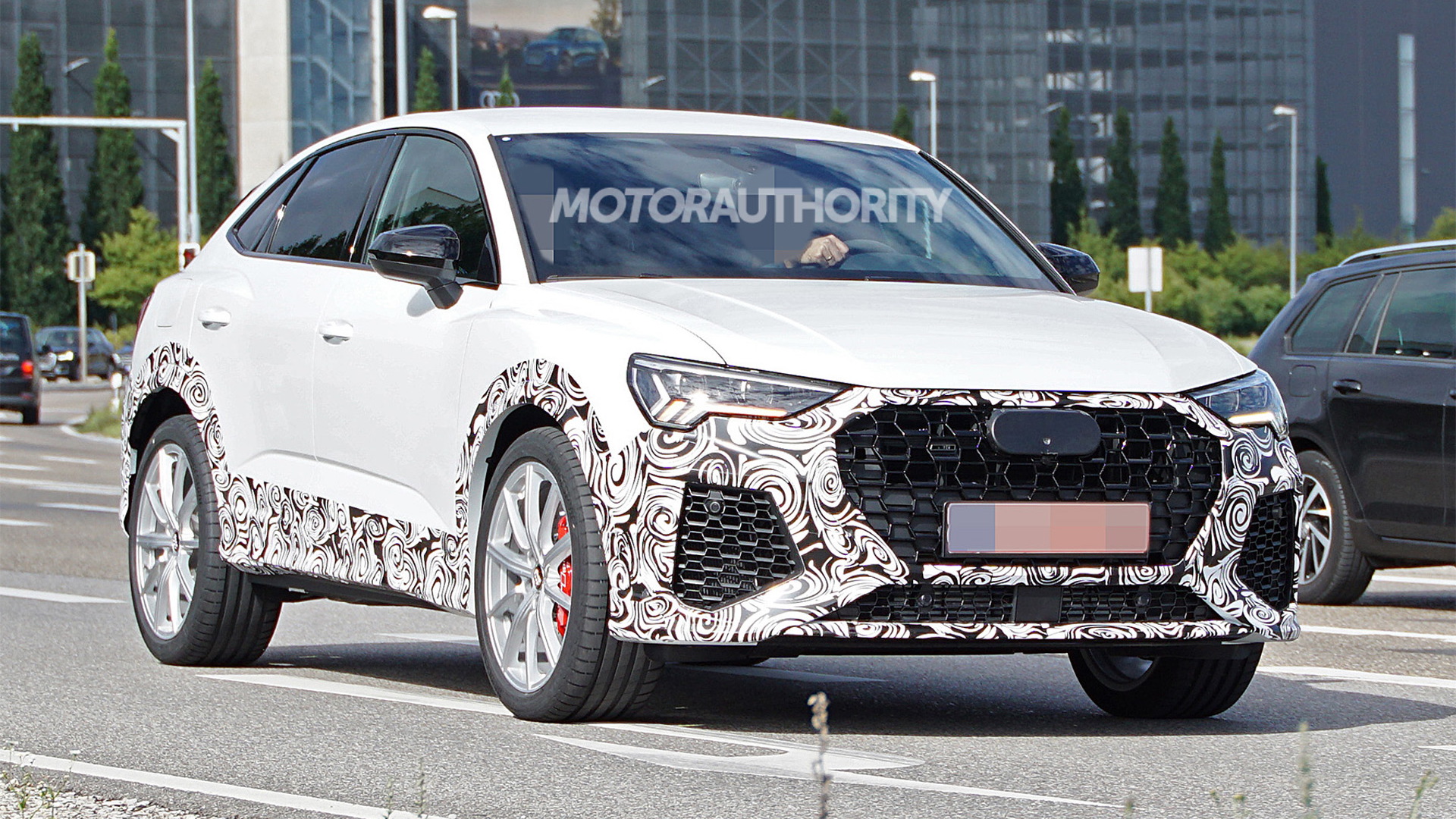 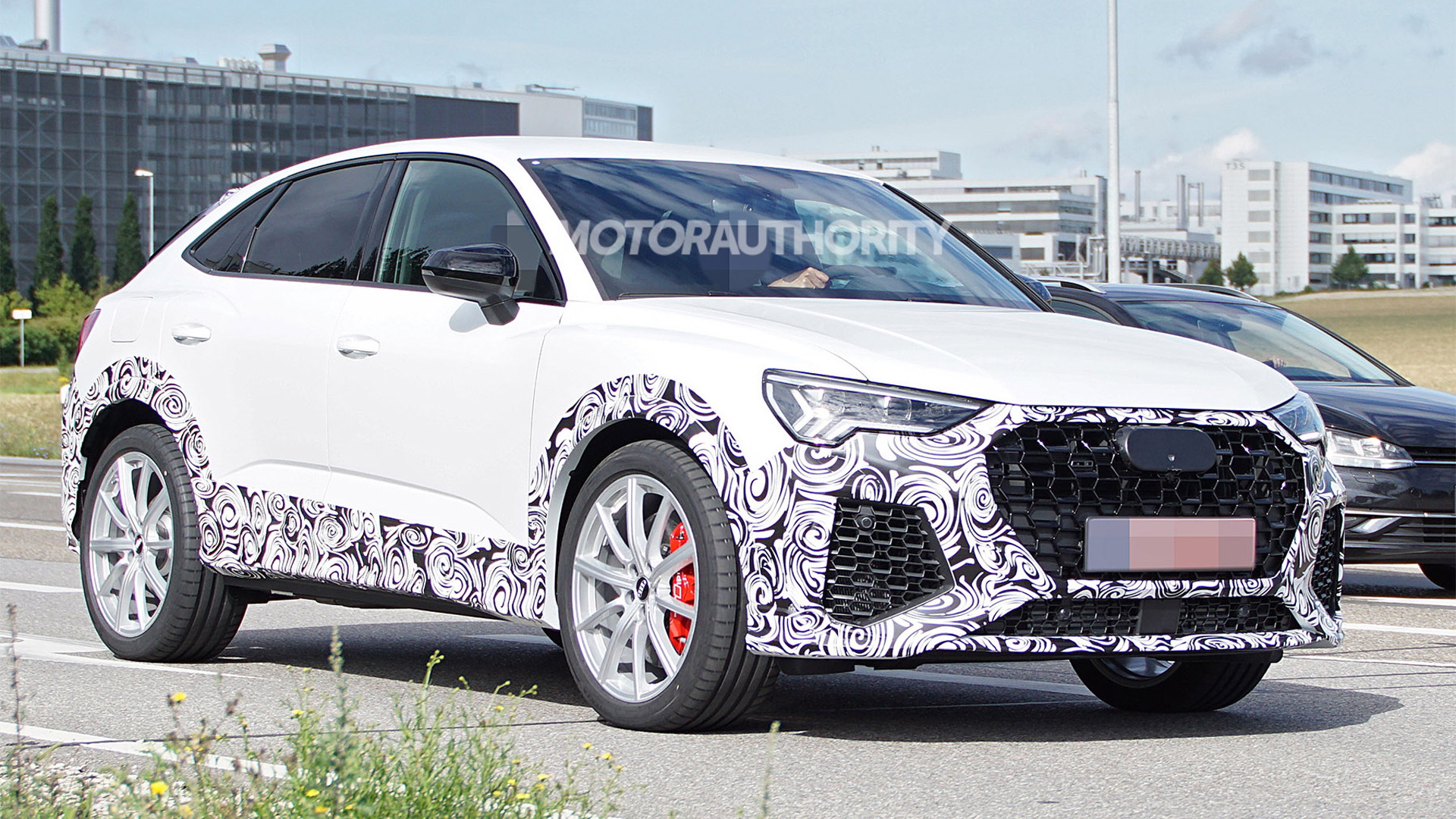 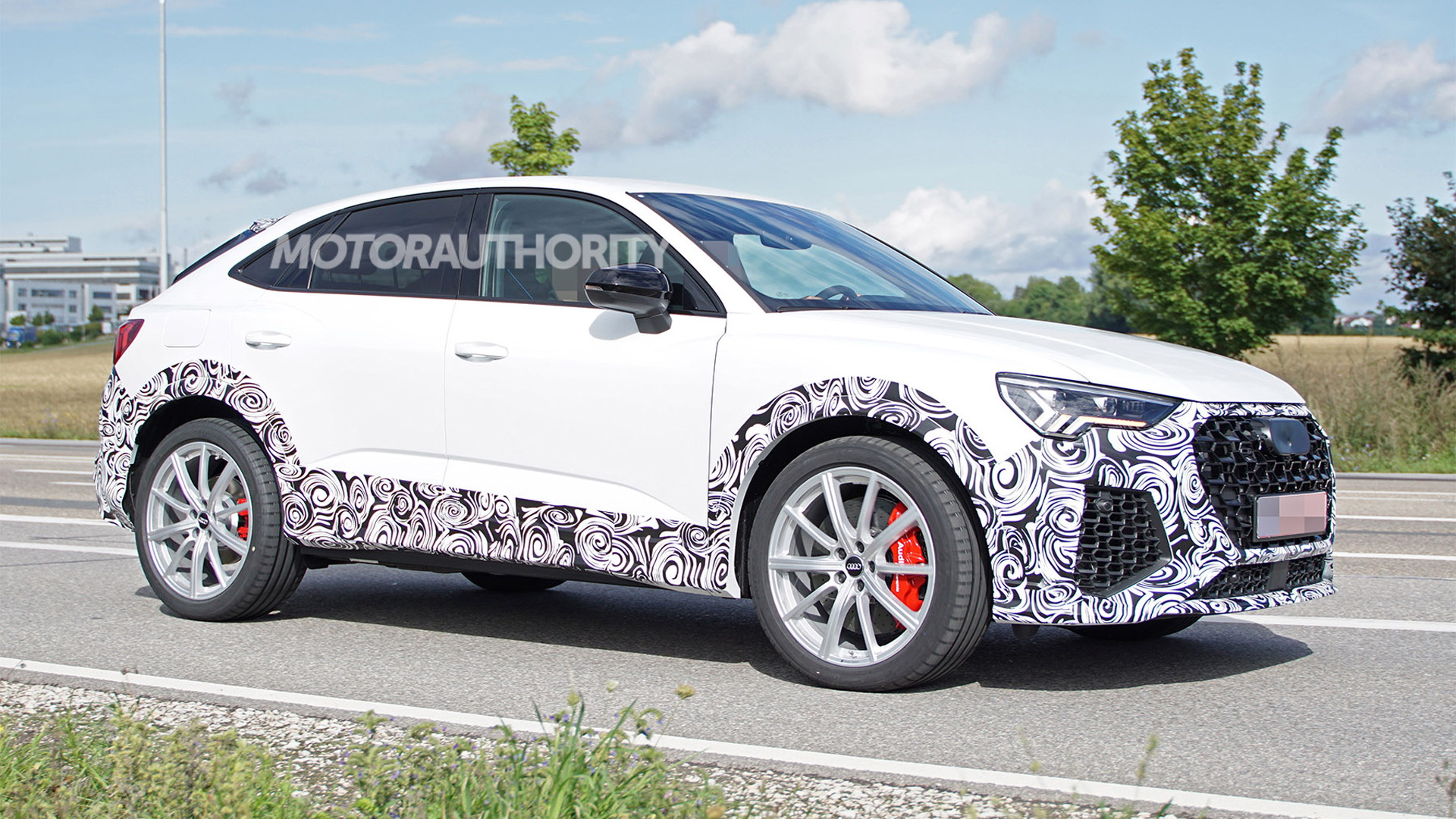 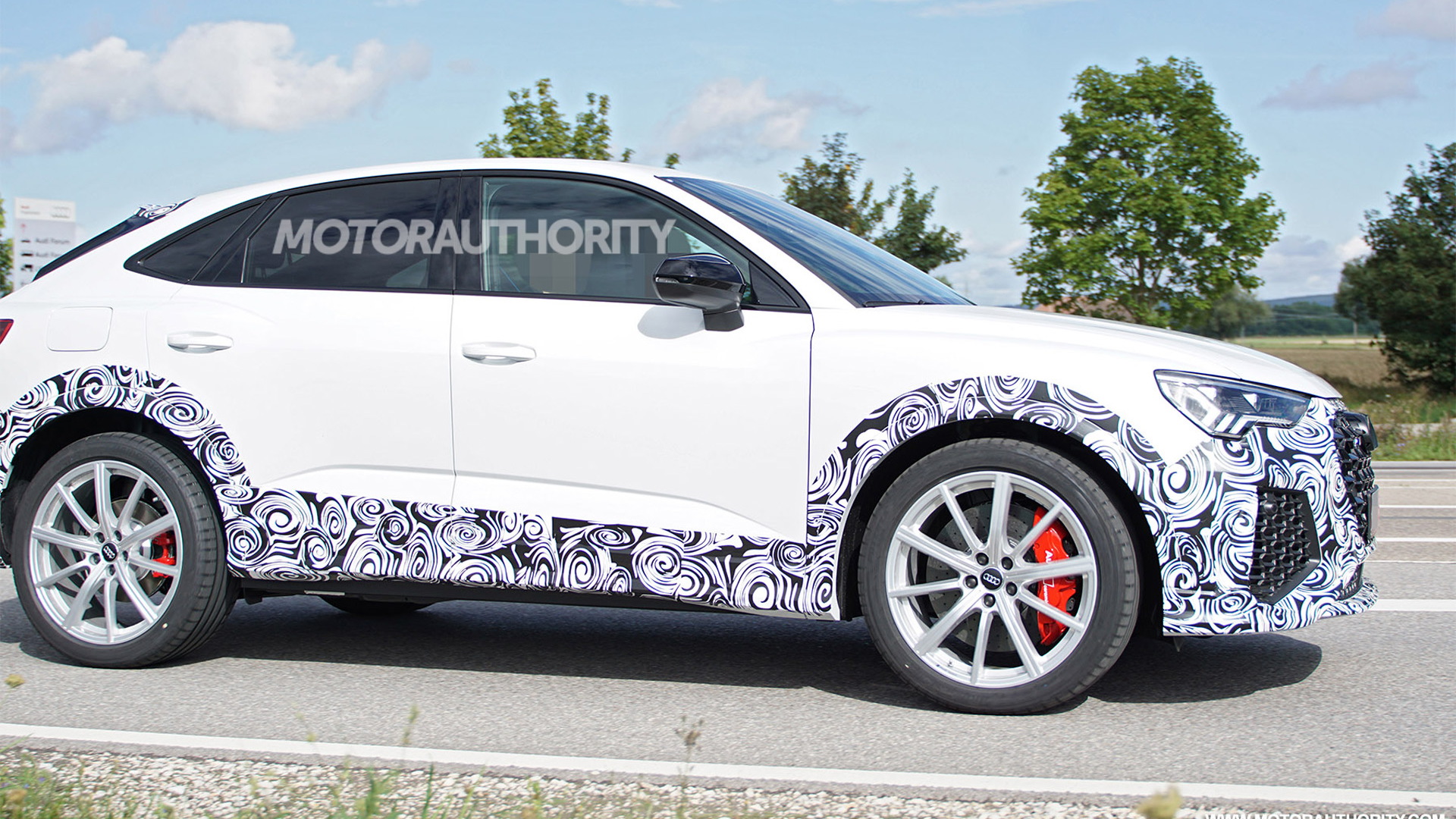 Audi has just launched a new compact crossover SUV badged a Q3 Sportback, and today we have spy shots of a prototype for the high-performance version from the Audi Sport division: the RS Q3 Sportback.

The Q3 Sportback is a coupe-like crossover based on the same structure as the recently redesigned Q3, i.e. the latest version of parent company Volkswagen Group's MQB platform. Unfortunately, the Q3 Sportback isn't bound for the United States, and thus neither is the RS Q3 Sportback.

We know this latest prototype is for the RS Q3 Sportback because of the exhaust tips; Audi Sport cars typically feature a pair of fat oval-shaped exhausts like those shown here. The prototype also sports lowered suspension, a performance brake package, and an aggressive front fascia.

The RS Q3 Sportback is being developed alongside a new generation of the RS Q3, which we should see on local shores. Both are expected to feature the same 2.5-liter turbocharged inline-5 fitted to the RS 3 and TT RS. The engine delivers a stout 400 horsepower and 354 pound-feet of torque in those models and we can expect something similar for the RS Q3 and RS Q3 Sportback. Look for 0-60 mph acceleration to come in under 5.0 seconds.

Look for the debut of both the RS Q3 and RS Q3 Sportback in late 2019 or early 2020. They are two of six new or updated Audi Sport models coming this year.

And given the strong demand for crossovers, the new Q3 Sportback is also just one of a handful of new crossovers in the works at Audi. Others include the e-tron Sportback and Q4 e-tron electric models.