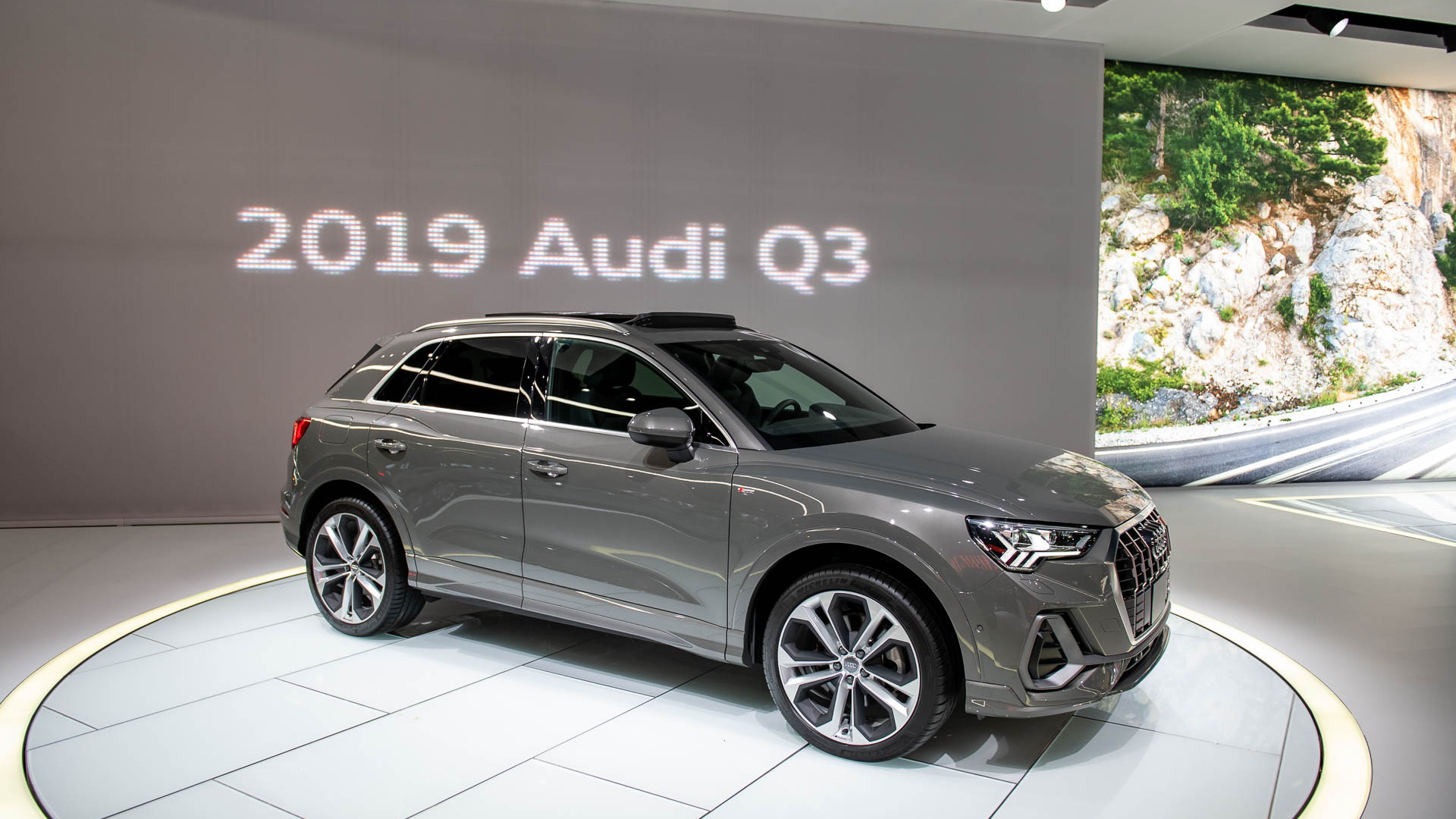 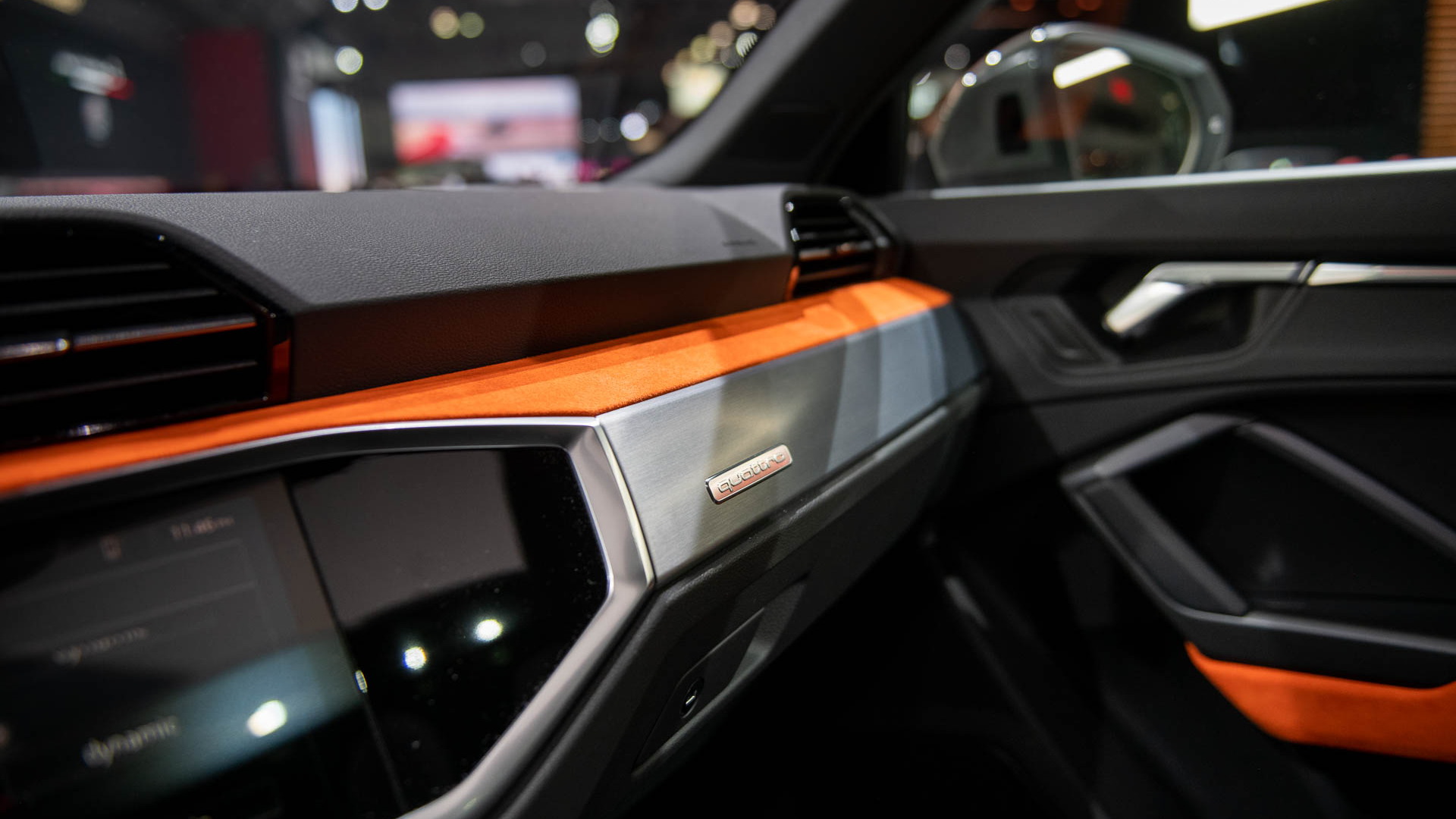 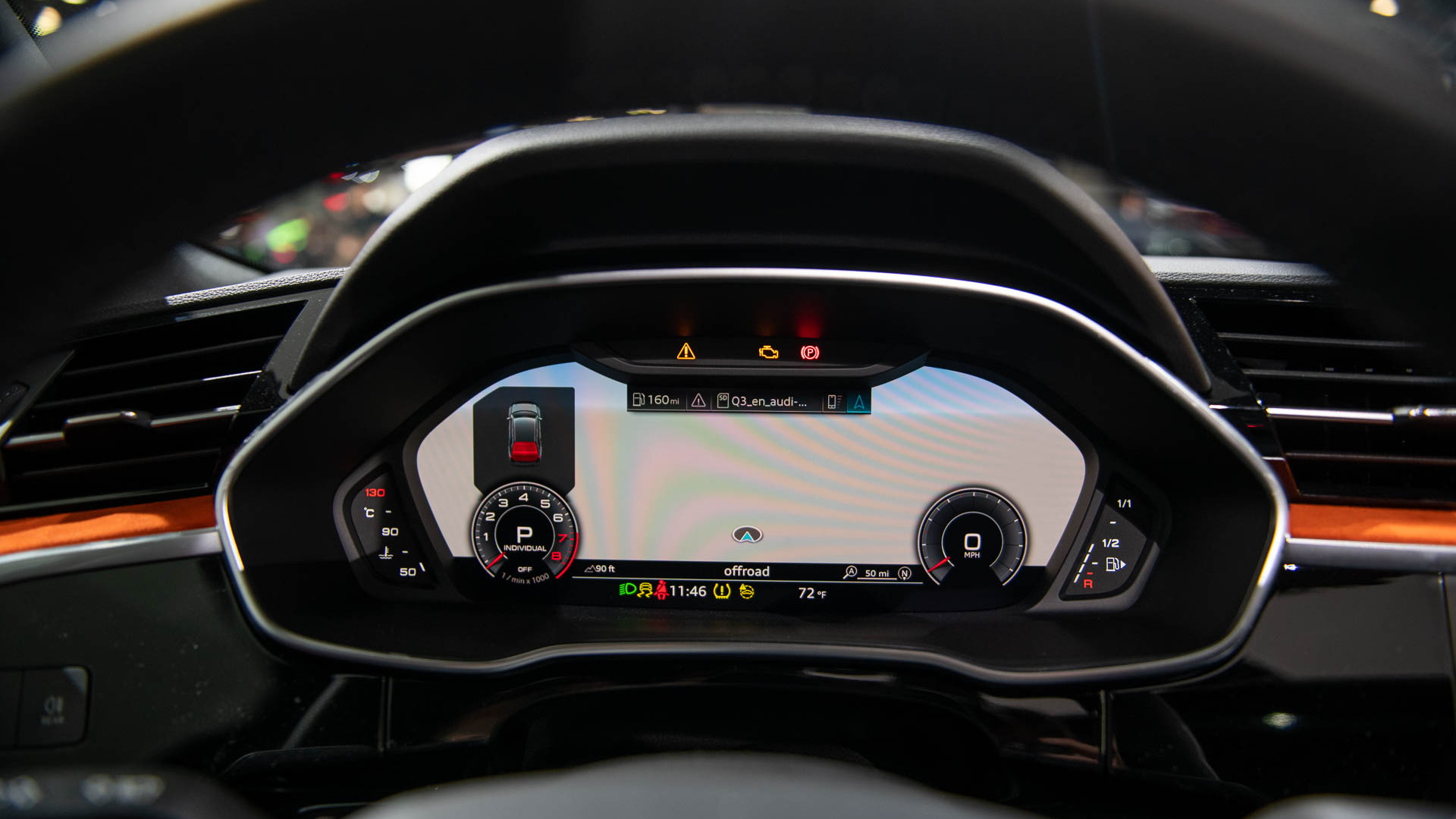 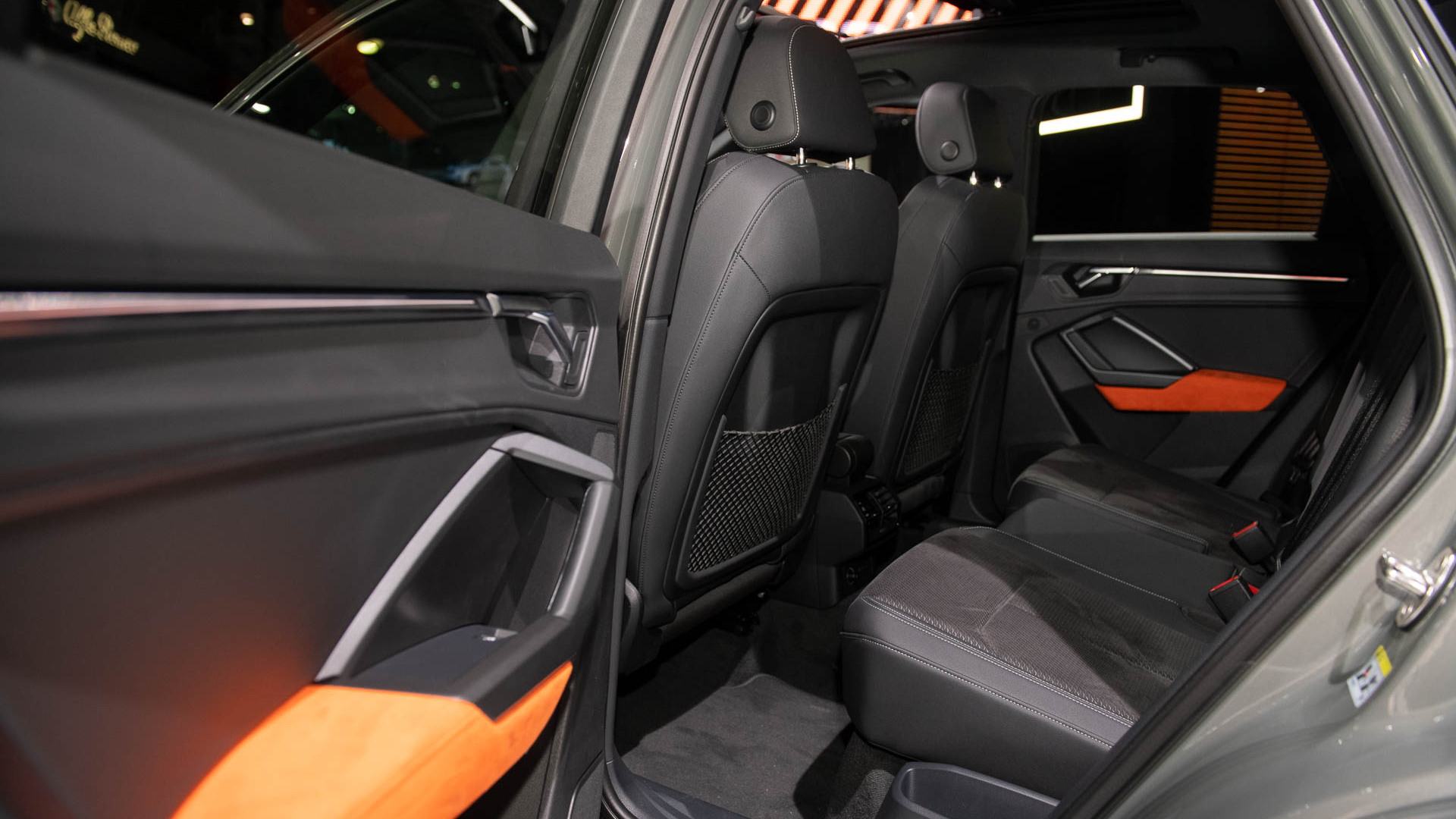 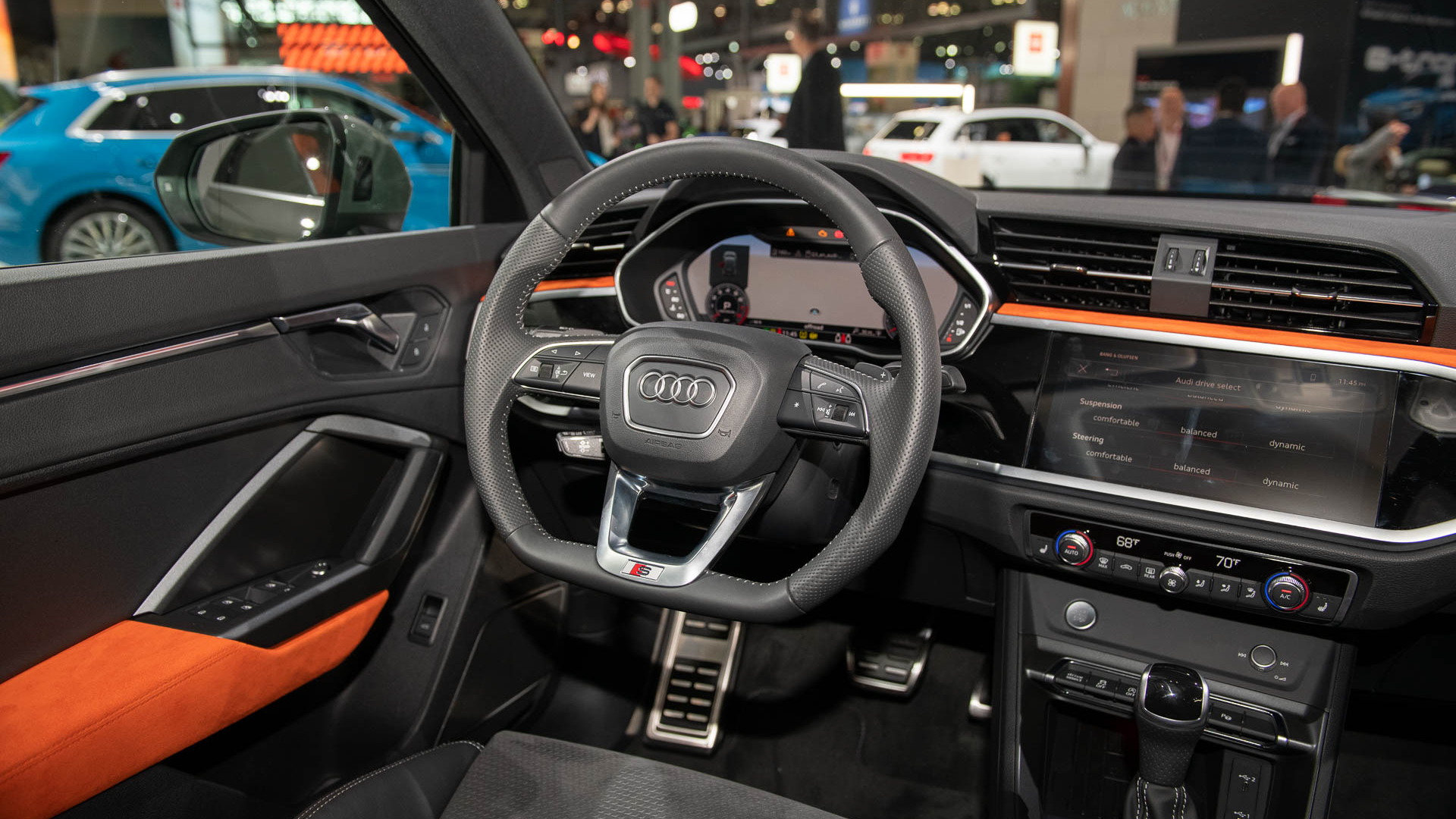 Sales of compact crossover SUVs are booming and Audi looks to have one of the strongest offerings in the form of its redesigned 2019 Q3.

The new Q3 was unveiled last October at the 2018 Paris International Motor Show and on Wednesday was shown in the United States for the first time, at the 2019 New York International Auto Show. It will go on sale later this year with a base price of $35,695.

Underpinning the vehicle is the Volkswagen Group's flexible MQB platform that Audi also uses in its A1, A3 and TT. At 176.5 inches, the new Q3's length is up 3.8 inches compared to its predecessor, with 3.0 inches of that between the wheels and thus benefiting cabin space. The vehicle is also 1.0 inch wider and 0.2 inches lower. With the rear seats folded flat, storage space is an impressive 53.9 cubic feet. 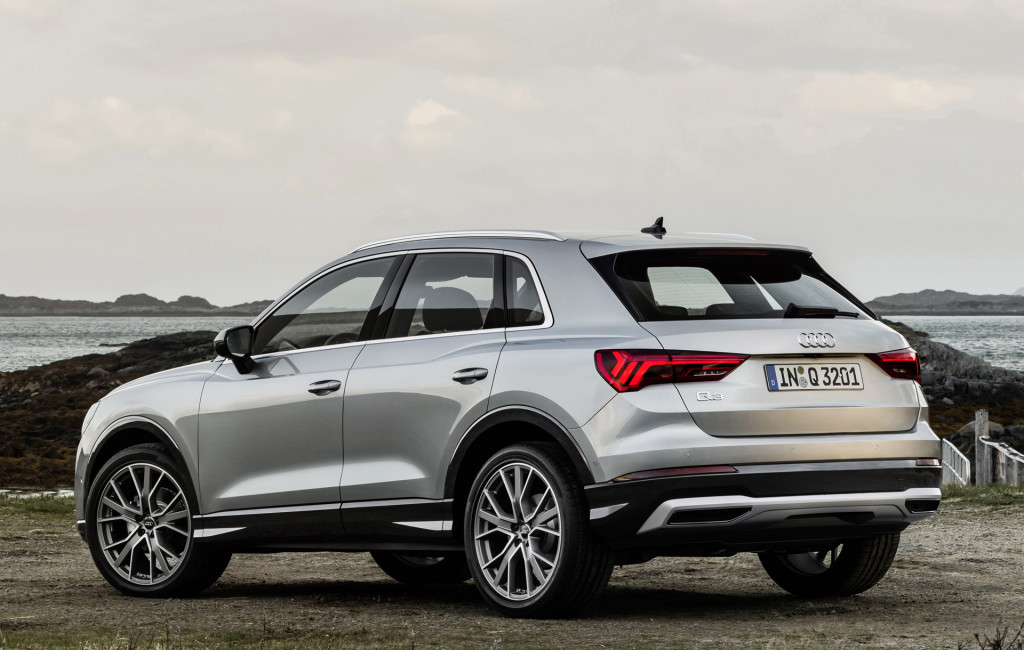 The only engine at launch is a 2.0-liter turbocharged inline-4 that generates 228 horsepower and 258 pound-feet of torque. It is mated to an 8-speed automatic and all-wheel-drive system as standard, with the latter available with a hill descent feature that maintains a preset speed on steep downhill gradients. Audi quotes a 0-60 mph time of 7.0 seconds for the Q3.

A plug-in hybrid option could be added at a later date and we already know of a more powerful RS Q3 coming down the line. Also in the works is a more coupe-like model to be called the Q3 Sportback.

On the outside, the design, while evolutionary, has become much more muscular. This is especially true for the fenders whose strong character lines are a nod to the Audi Quattro of the 1980s. A set of 18-inch wheels with all-season tires are standard while 19- and 20-inch wheels are available. 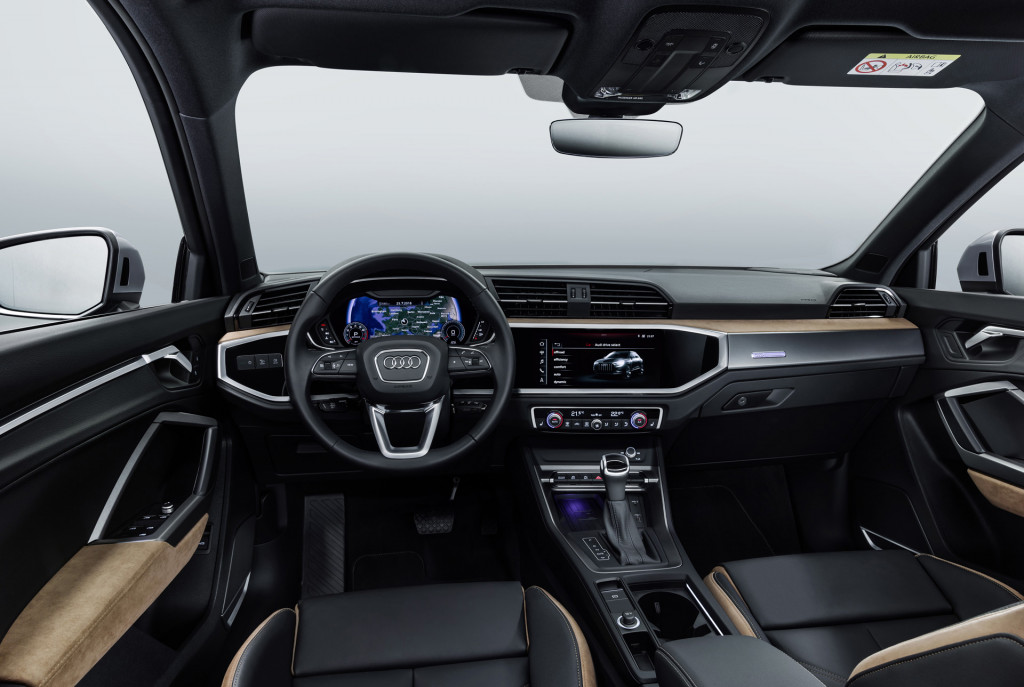 The interior is where the designers have really amped things up. Resembling the design found in Audi's upper end models, the dash is divided into two levels, with the top part integrating the air vents and a digital instrument cluster (10.25 inches standard and 12.3 inches available) and the bottom part integrating a large octagonal area containing an infotainment screen (8.8 inches standard and 10.1 inches available) and black-panel surround. Apple Car Play and Android Auto smartphone integration is included.

Audi also makes available numerous electronic driver aids. These include adaptive cruise control with traffic jam assist, front collision warning with cyclist and pedestrian detection, park assist with automated steering, and a surround-view camera capable of providing a detailed view of the wheels so you don't scuff them when curbside parking.

For more from the New York auto show, head to our dedicated hub, and for more on the Audi Q3, read the in-depth reviews at The Car Connection.