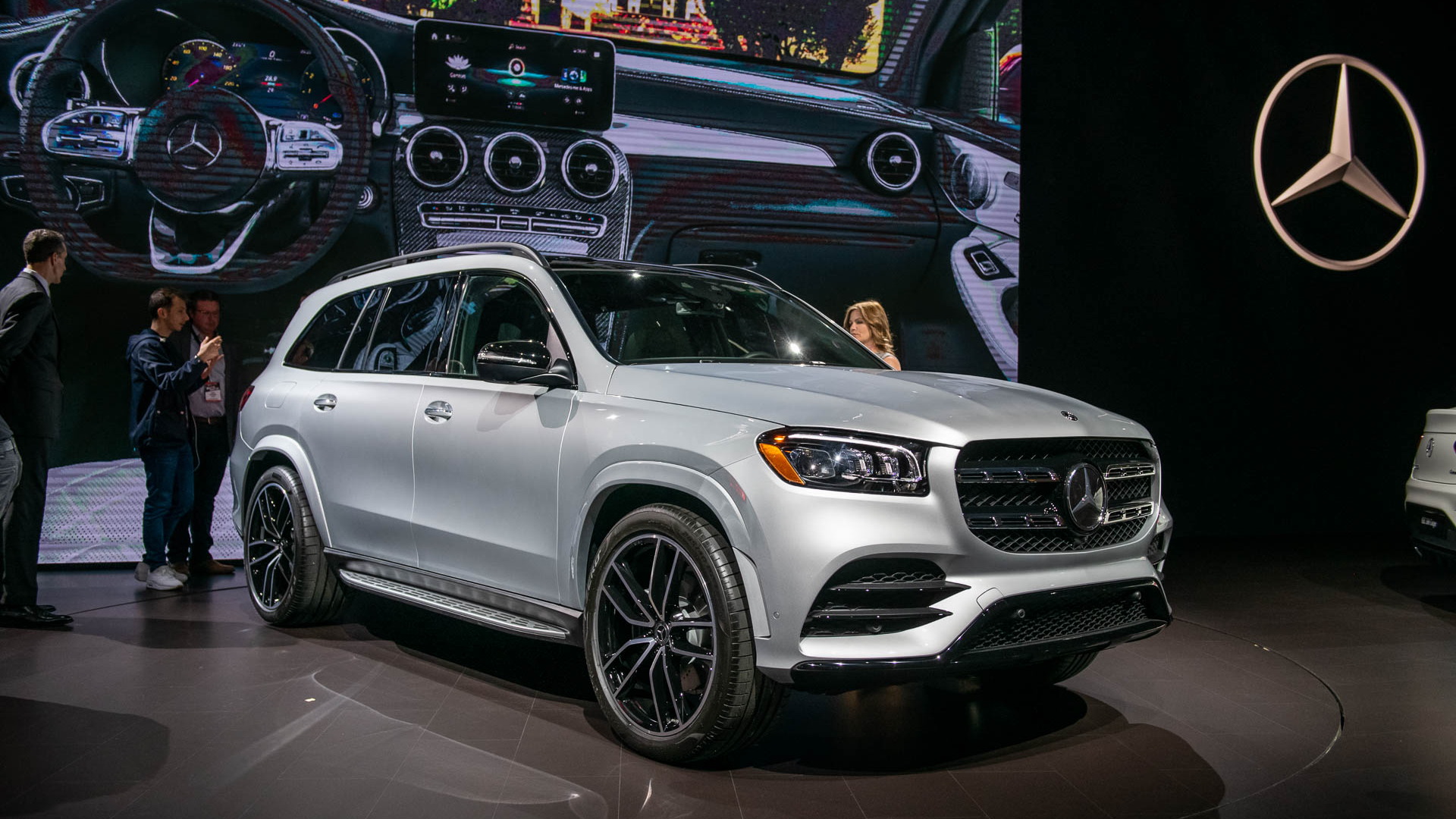 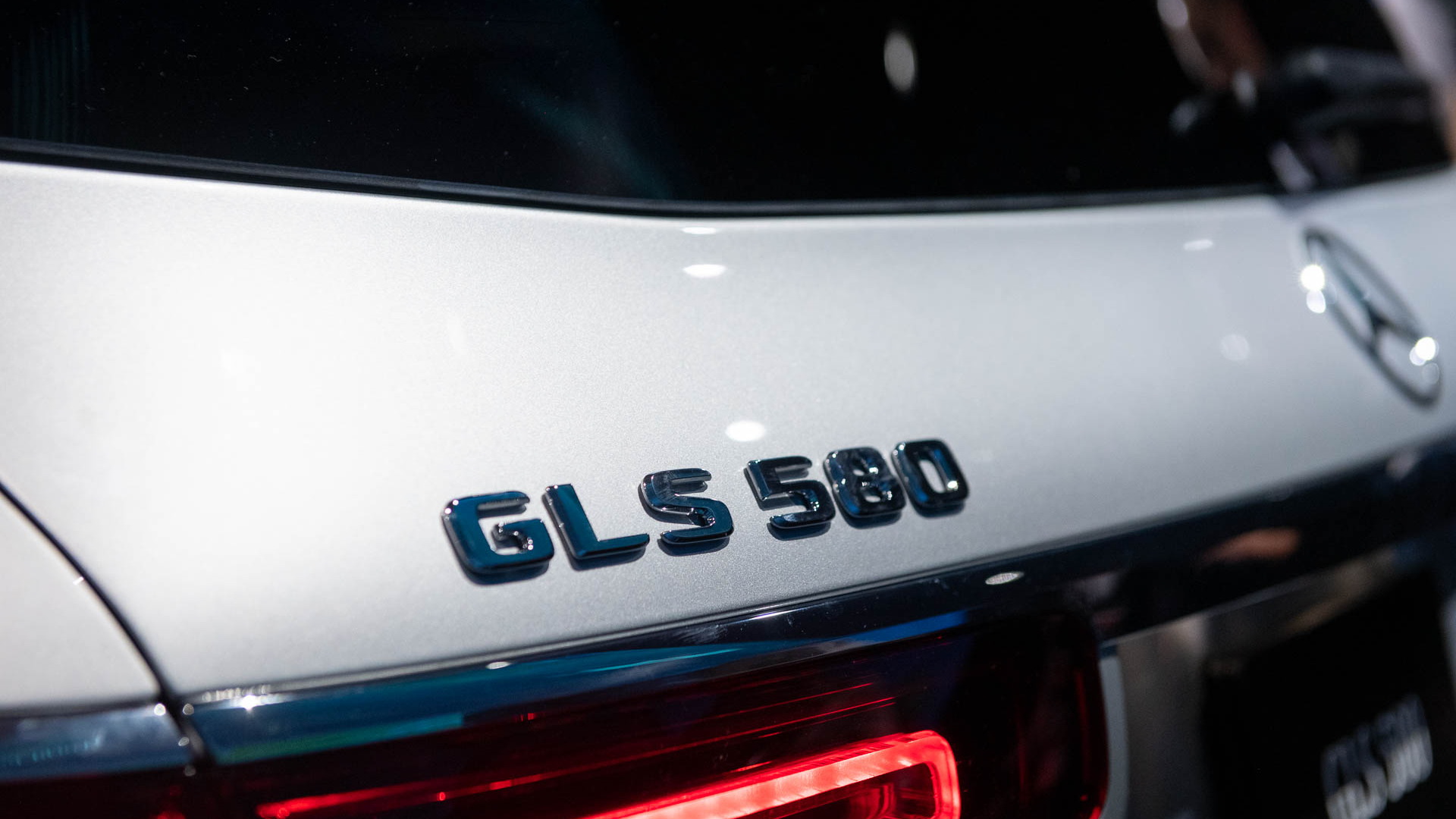 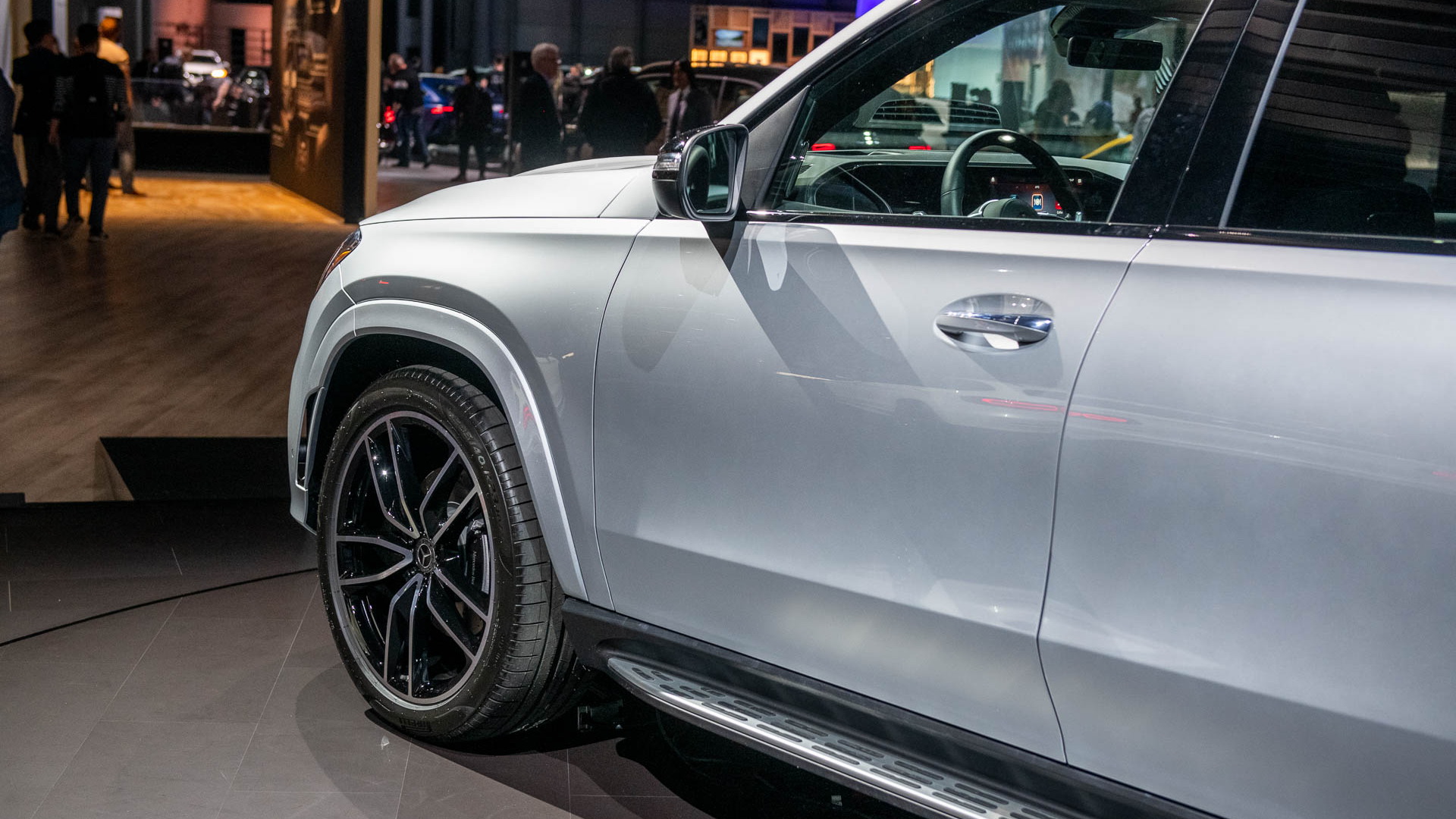 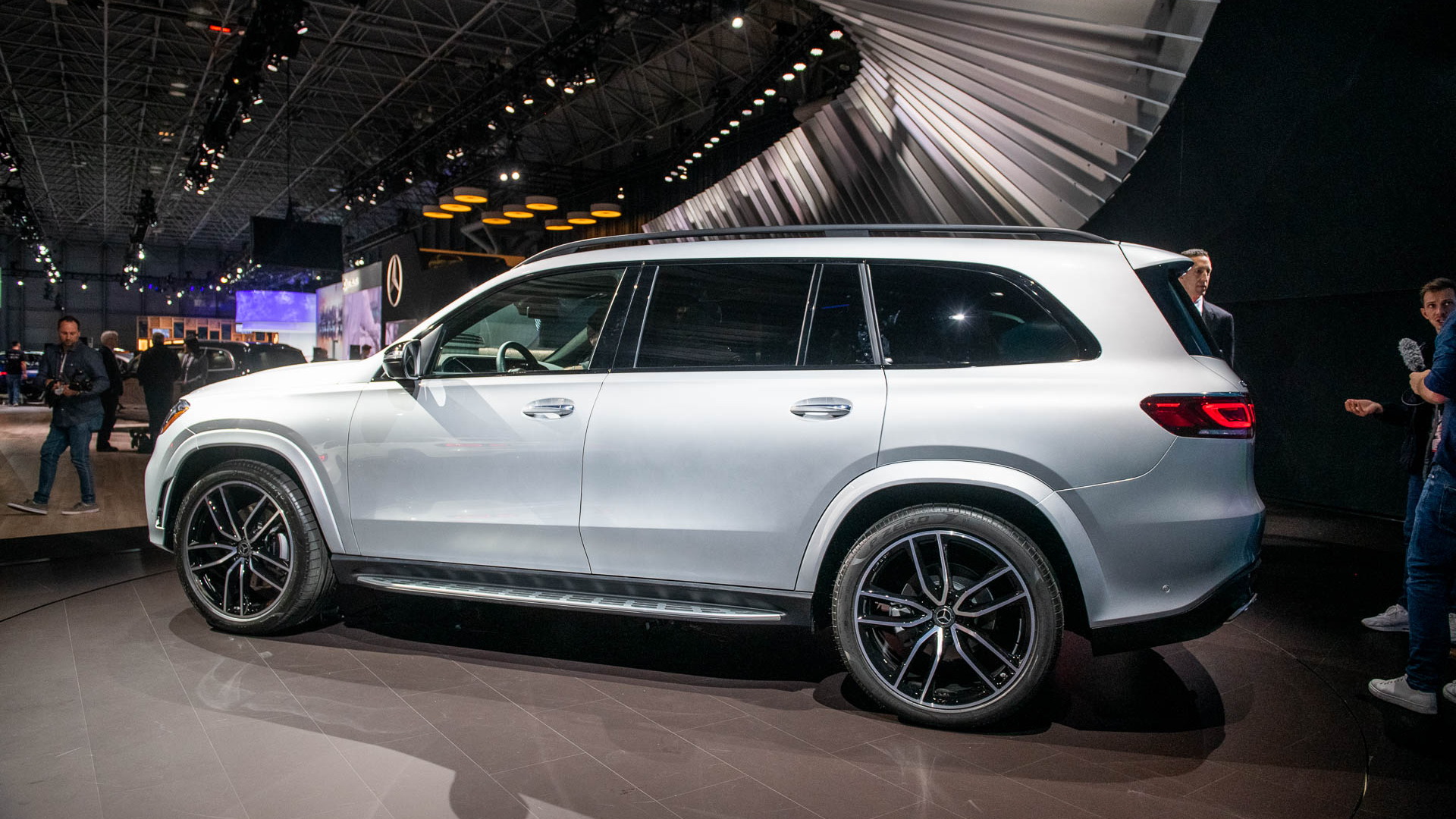 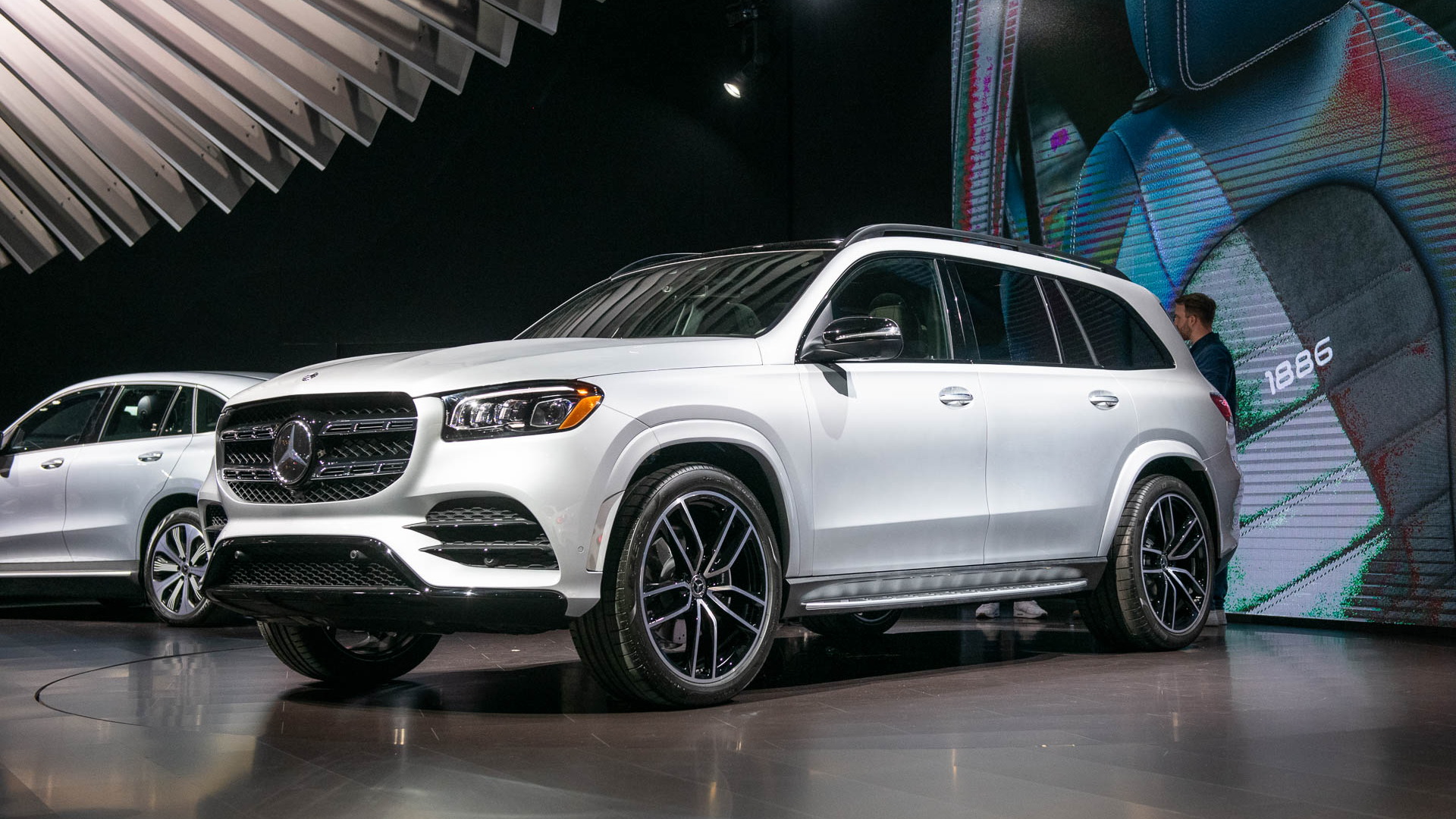 Sales of big SUVs are booming and Mercedes-Benz will look to get a jump on the competition with a redesigned version of its GLS full-sizer.

The covers came off the third-generation model on Wednesday at the 2019 New York International Auto Show, where Mercedes confirmed the handsome brute will land in showrooms in late 2019 as a 2020 model.

Billed as the S-Class of SUVs, Mercedes has worked to improve the quality and luxury in the GLS. This will be taken to the extreme with a Mercedes-Maybach version in the pipeline, though the regular GLS is nothing to sneeze at.

The wheelbase is about 2.4 inches longer than before, with the total length measuring in at 205 inches, and this has led to more space inside, especially for the second row. Buyers will be able to choose from a standard 7-seat setup or an available 6-seat setup where the second row is replaced by a pair of captain's chairs.

The dash layout has been borrowed from the smaller GLE, and like in other recent launches from Mercedes there is the MBUX infotainment system that includes Apple CarPlay and Android Auto smartphone integration, natural-speak voice activation, and a new gesture control system. The latter is known as the MBUX Interior Assistant. It uses a camera that identifies certain hand movements as the driver or front passenger reaches for the central touchscren display.

All models also receive automatic emergency braking and adaptive cruise control. Other safety features include traffic-jam driver-assistance features that operate up to 37 mph and lane-change assist. Mercedes has also added a car-wash button that closes all windows and folds the mirrors in a single touch.

The new GLS will be offered initially in GLS450 and GLS580 guises, with both featuring a 48-volt mild-hybrid system. This is essentially a beefed-up starter motor that can aid the engine with up to 21 horsepower and 184 pound-feet of torque when needed, and recover energy under braking and coasting.

In the GLS450, a 3.0-liter twin-turbocharged inline-6 with 362 hp and 369 lb-ft will work with the mild-hybrid system and in the GLS580 there will be a 4.0-liter twin-turbocharged V-8 with 483 hp and 516 lb-ft. This is the first time Mercedes' ubiquitous V-8 has been paired with a form of electrification. In both GLS models, owners will be looking at 0-60 mph acceleration in under 6.0 seconds and a top speed of 130 mph. A 9-speed automatic and all-wheel drive are also standard.

With performance covered, Mercedes looked to provide a comfortable ride by making its electronically controlled suspension system, dubbed E-Active Body Control, available on the new GLS. The system can adjust spring and damping forces at each wheel and works with systems that monitor the road surface to predict how the suspension should be adjusted to suit.

For those looking for a hotter GLS, a new GLS63 should make around 600 horsepower. And though it's yet to be confirmed, there are rumors that a GLS73 combining a V-8 with a plug-in hybrid system is also in the pipeline. Should it arrive, output in this model could reach as high as 800 hp.

Potential rivals for the GLS include the BMW X7, Cadillac Escalade, Lexus LS and Lincoln Navigator.