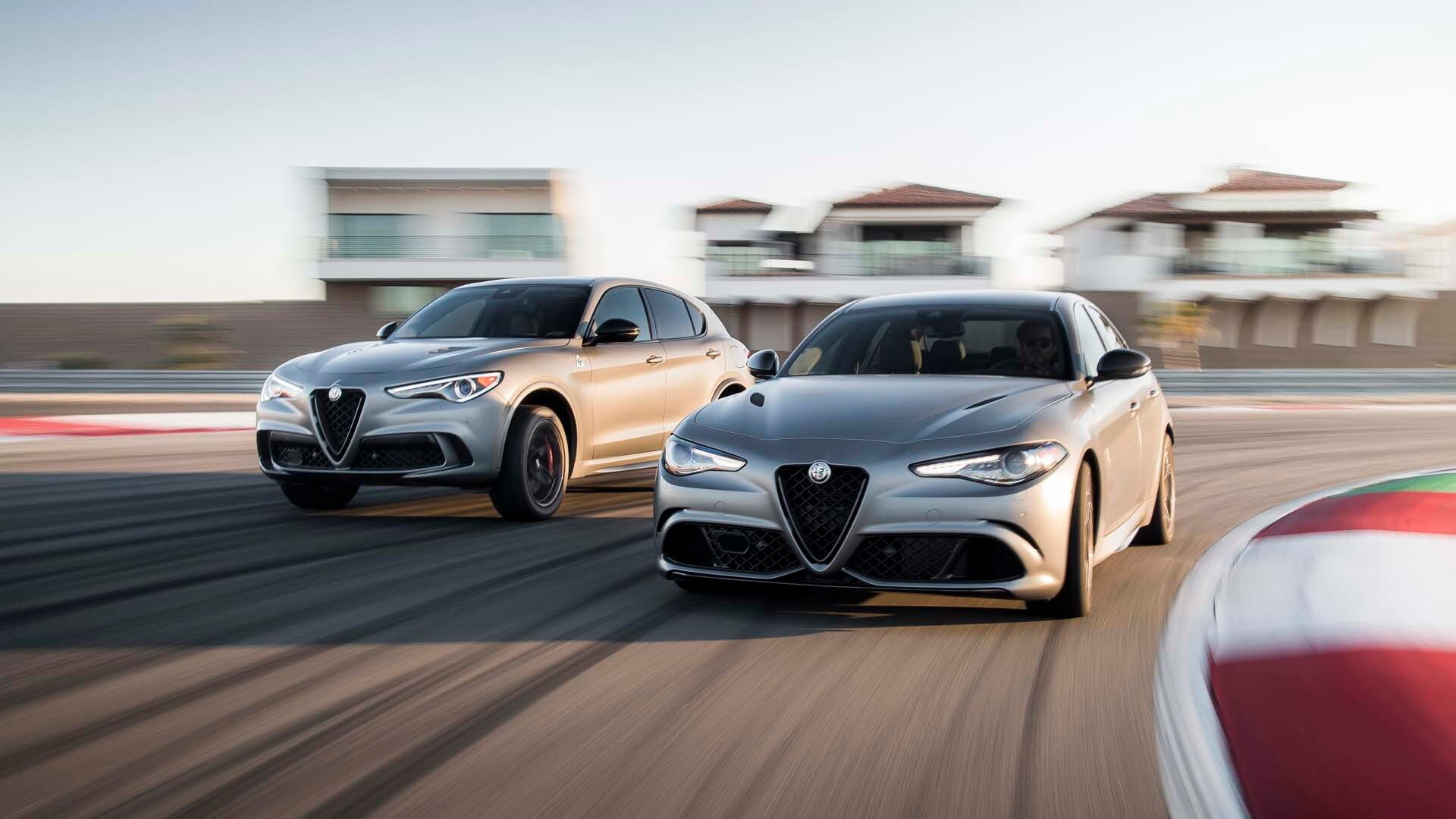 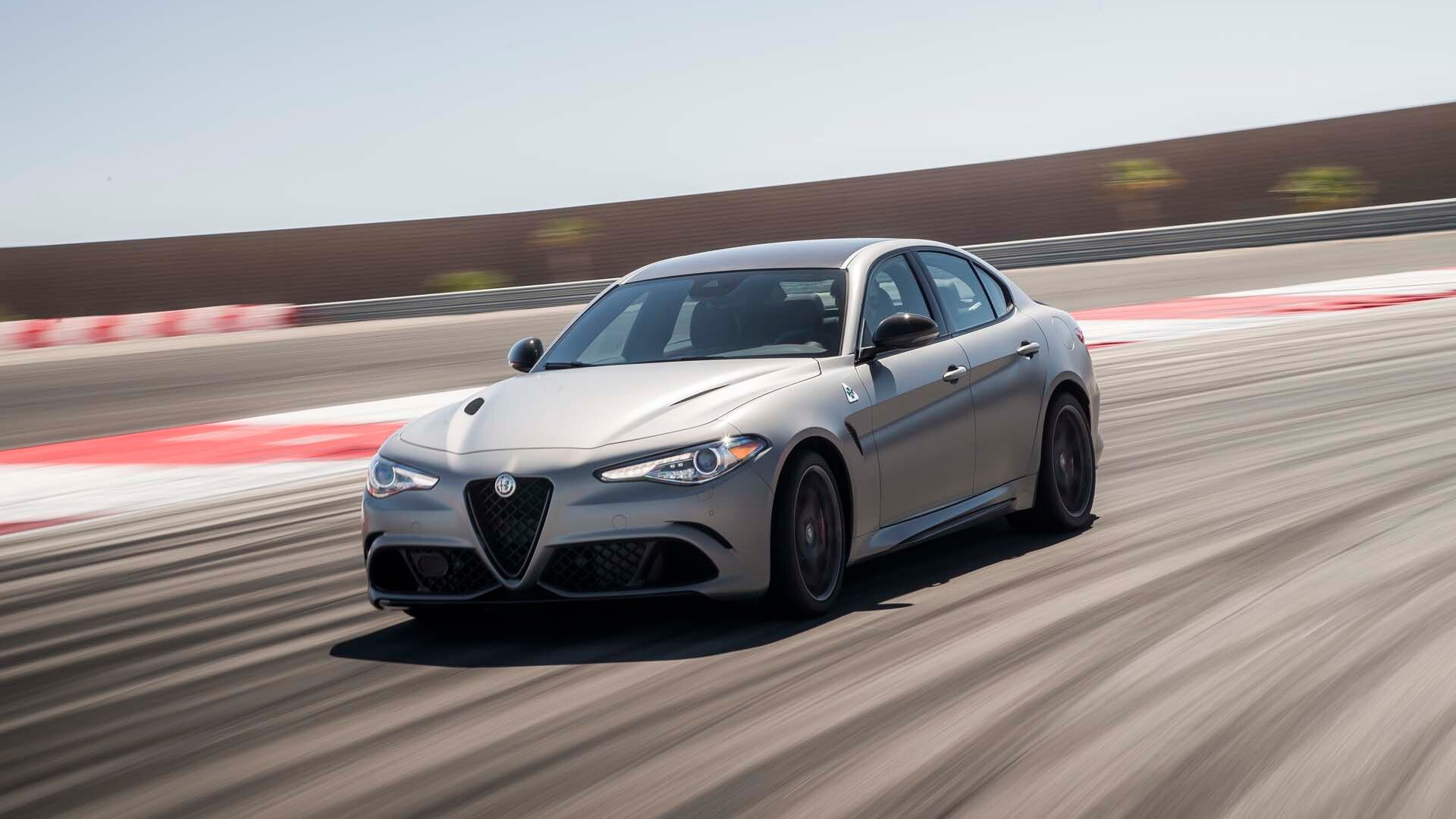 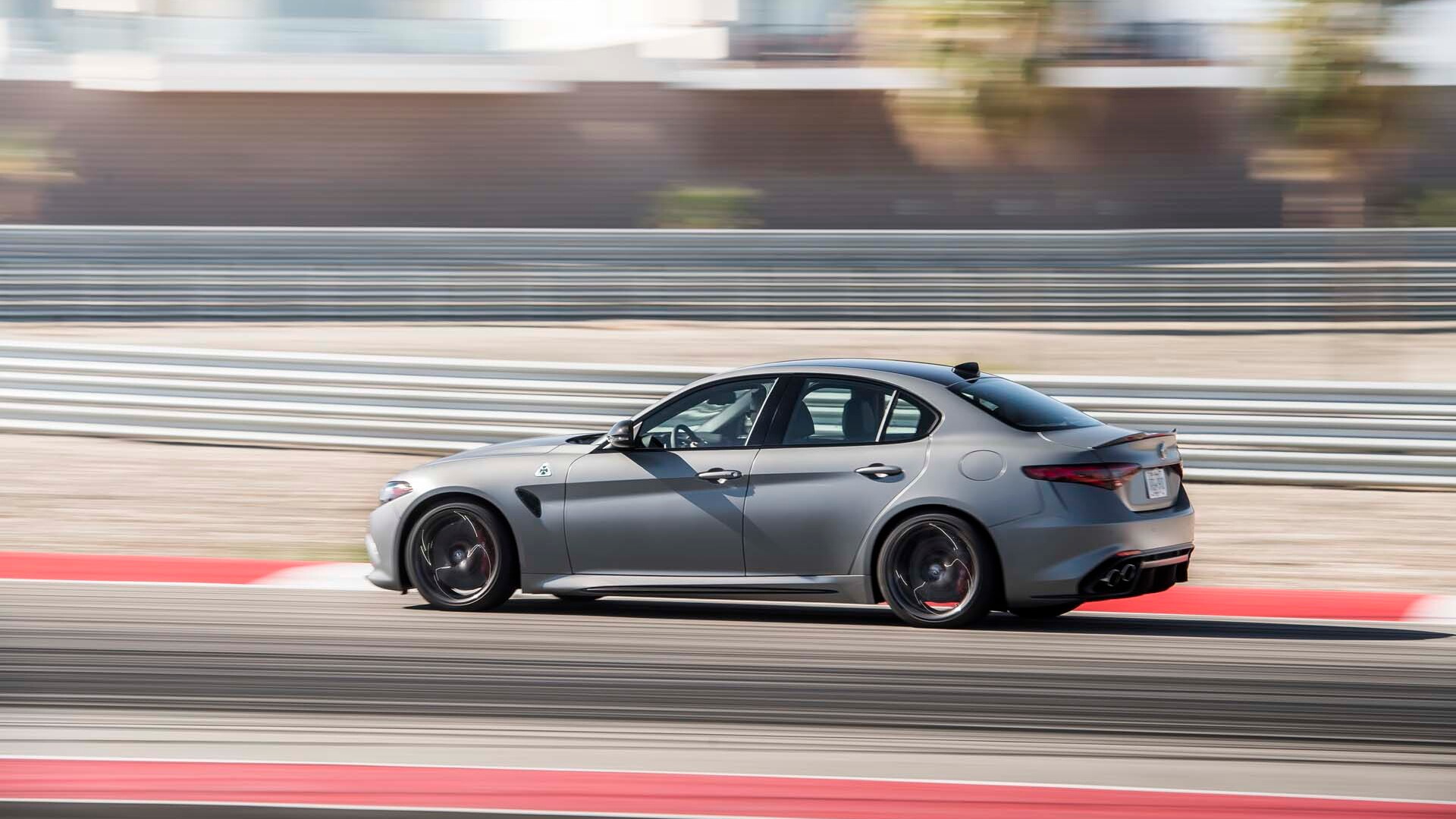 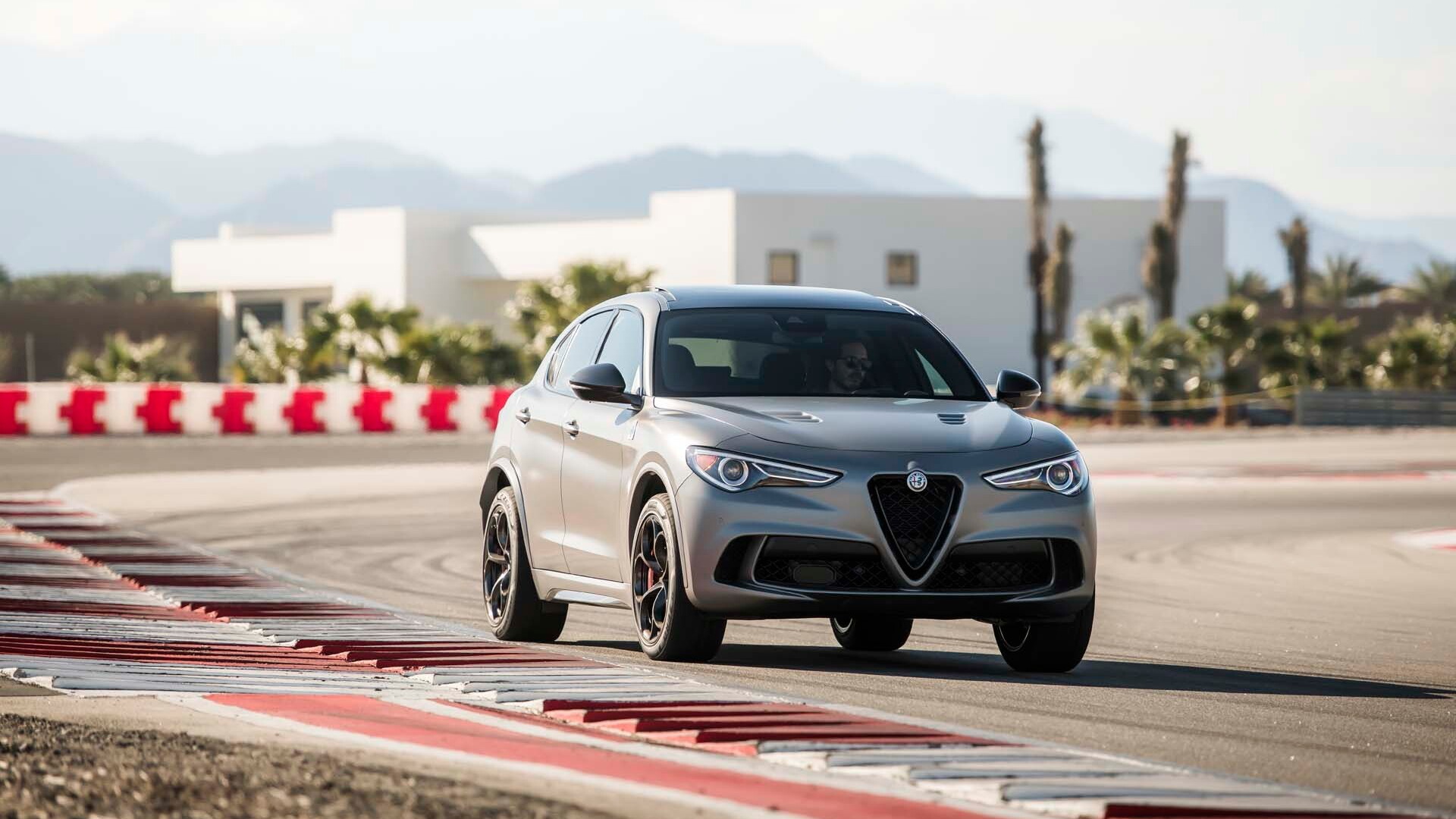 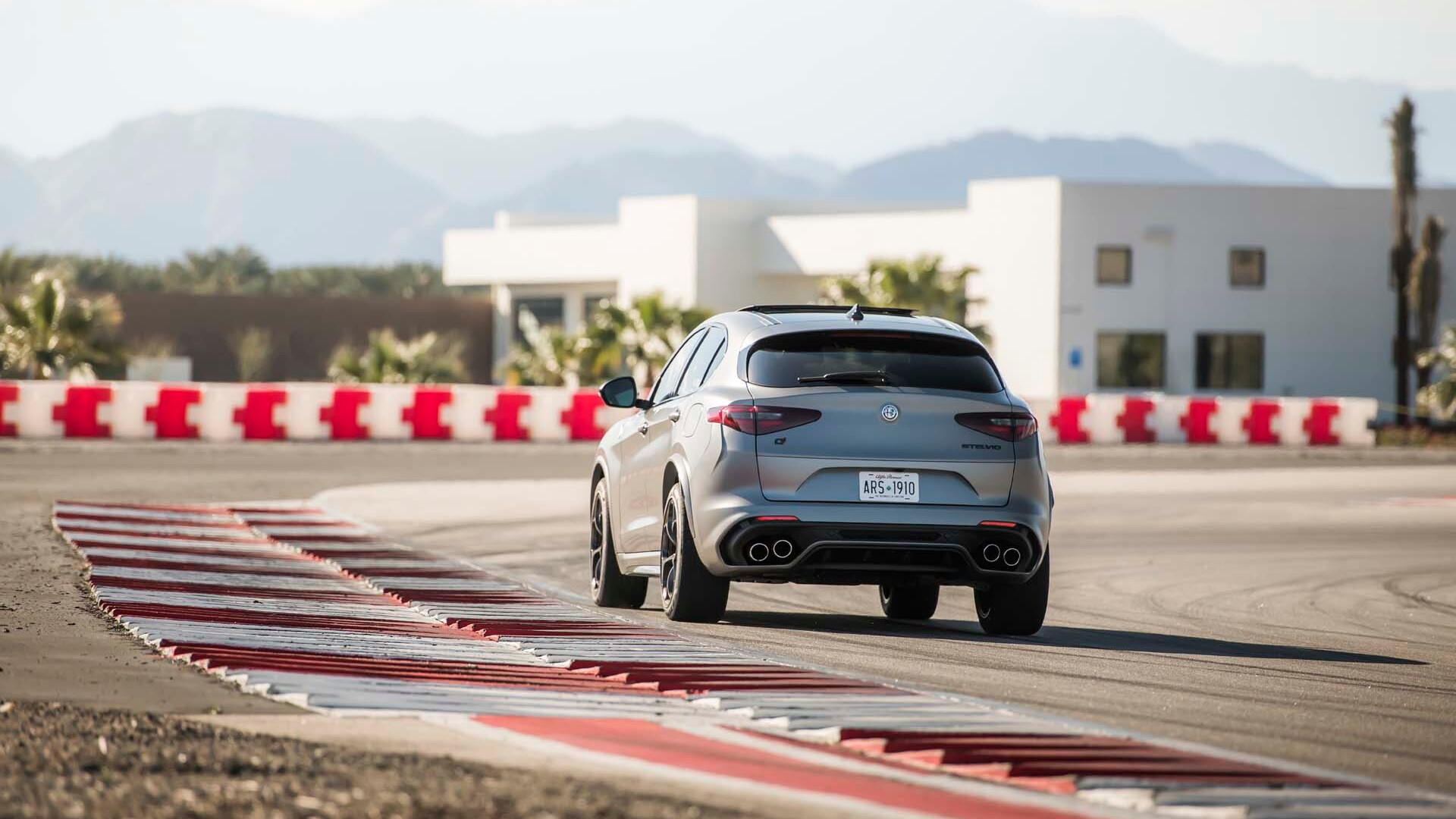 Alfa Romeo is celebrating the track prowess of its Giulia and Stelvio Quadrifoglio models with special NRING editions. The cars were developed exclusively for North America and just 55 examples of each will be built.

NRING, of course, is an abbreviation for Nϋrburgring, the legendary German racetrack where any automaker worth its salt goes to test cars at the limit. At the time of their respective launches, the Giulia and Stelvio Quadrifoglio set lap records at the track.

The Giulia Quadrifoglio is still the fastest sedan around the 'Ring, with a time of 7:32, though the Stelvio Quadrifoglio's 7:51.7 has been surpassed by the 7:49:369 of the Mercedes-AMG GLC63 S.

There isn't any extra power on tap, though we doubt few would complain when the cars' 2.9-liter twin-turbocharged V-6 is already spitting out 505 horsepower.

Instead, they come with a number of visual touches inside and out. Both are finished in a unique matte paint called Circuito Gray. They also wear carbon fiber accents, such as on the grille and side mirror caps, plus wheels with a dark finish. The Giulia Quadrifoglio NRING also sports an exposed carbon fiber roof.

For the interior there's, you guessed it, more carbon fiber. It features on the steering wheel and the transmission lever surround. The Giulia Quadrifoglio NRING also features illuminated carbon fiber side sills. On the dash, there's a uniquely numbered plaque highlighting the individual model in the series.

The Giulia Quadrifoglio NRING is priced from $91,485 and the Stelvio Quadrifoglio NRING from $97,485. Both prices include destination. For fans with extra cash to spend, a Brembo carbon-ceramic brake package and Sparco carbon fiber front seat backs are available and well worth the upgrade. Deliveries will commence in the second quarter of 2019.

The two special editions were presented on Wednesday at the 2019 New York International Auto Show. For our complete coverage on the show, head to our dedicated hub.