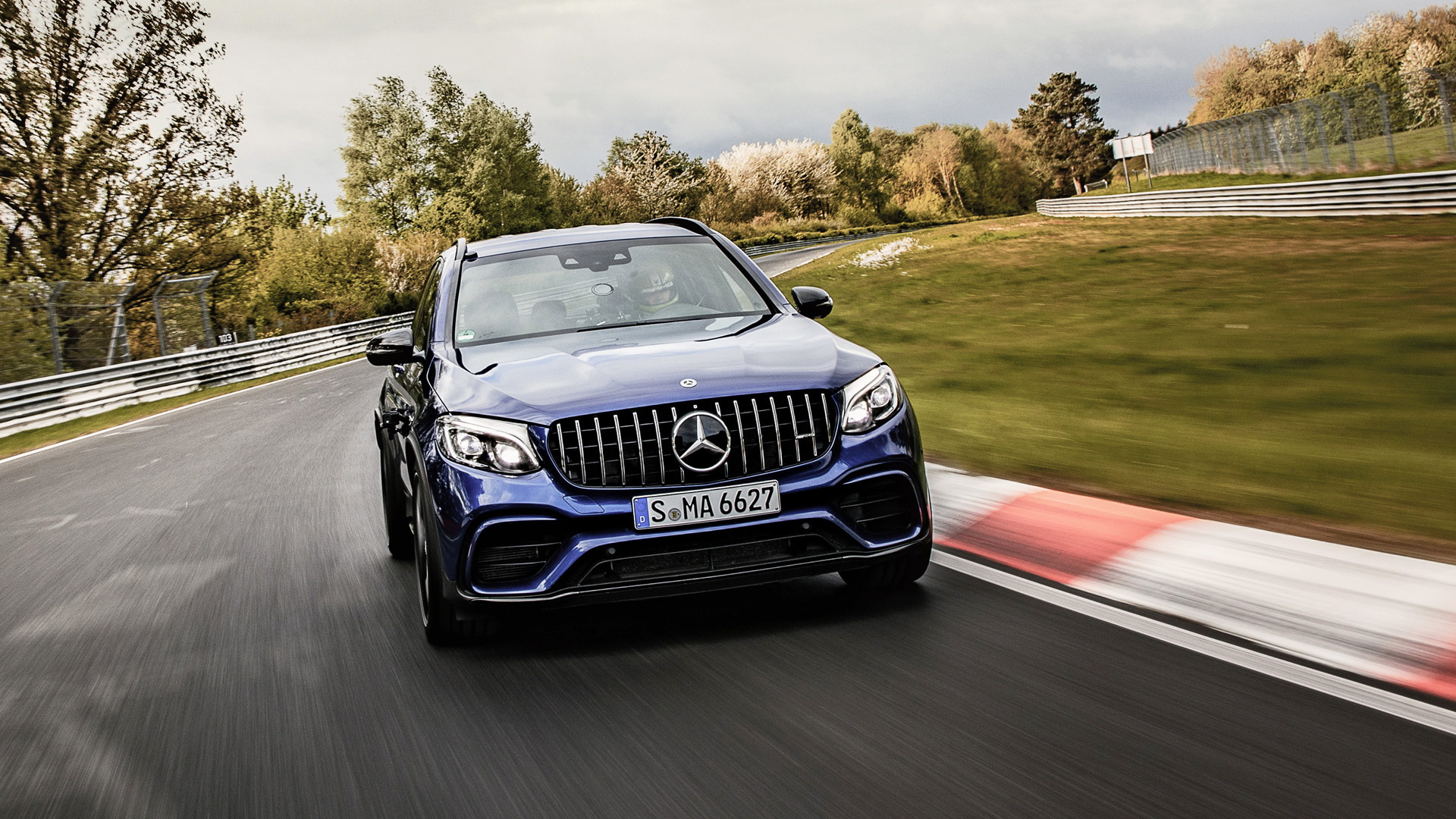 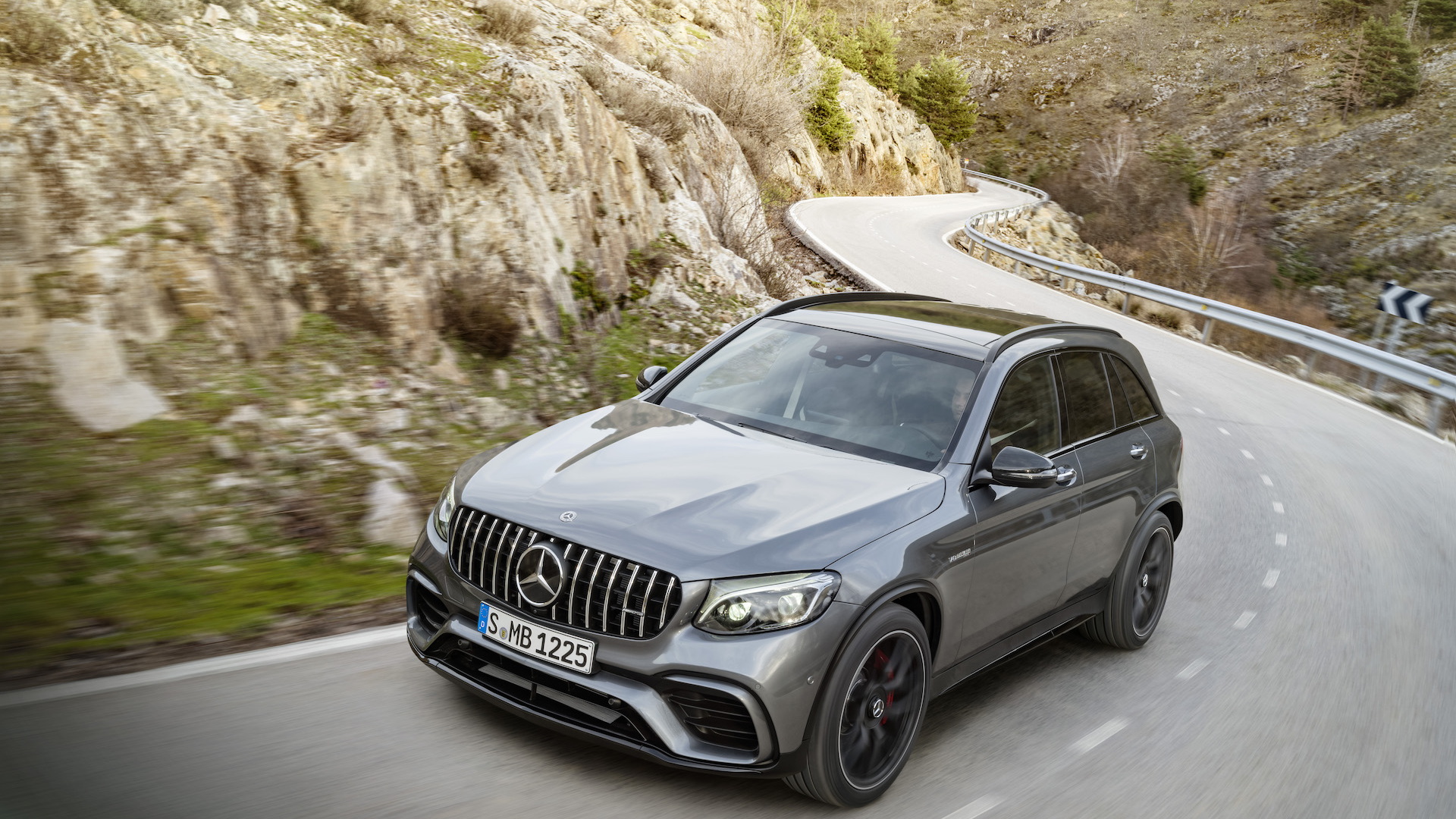 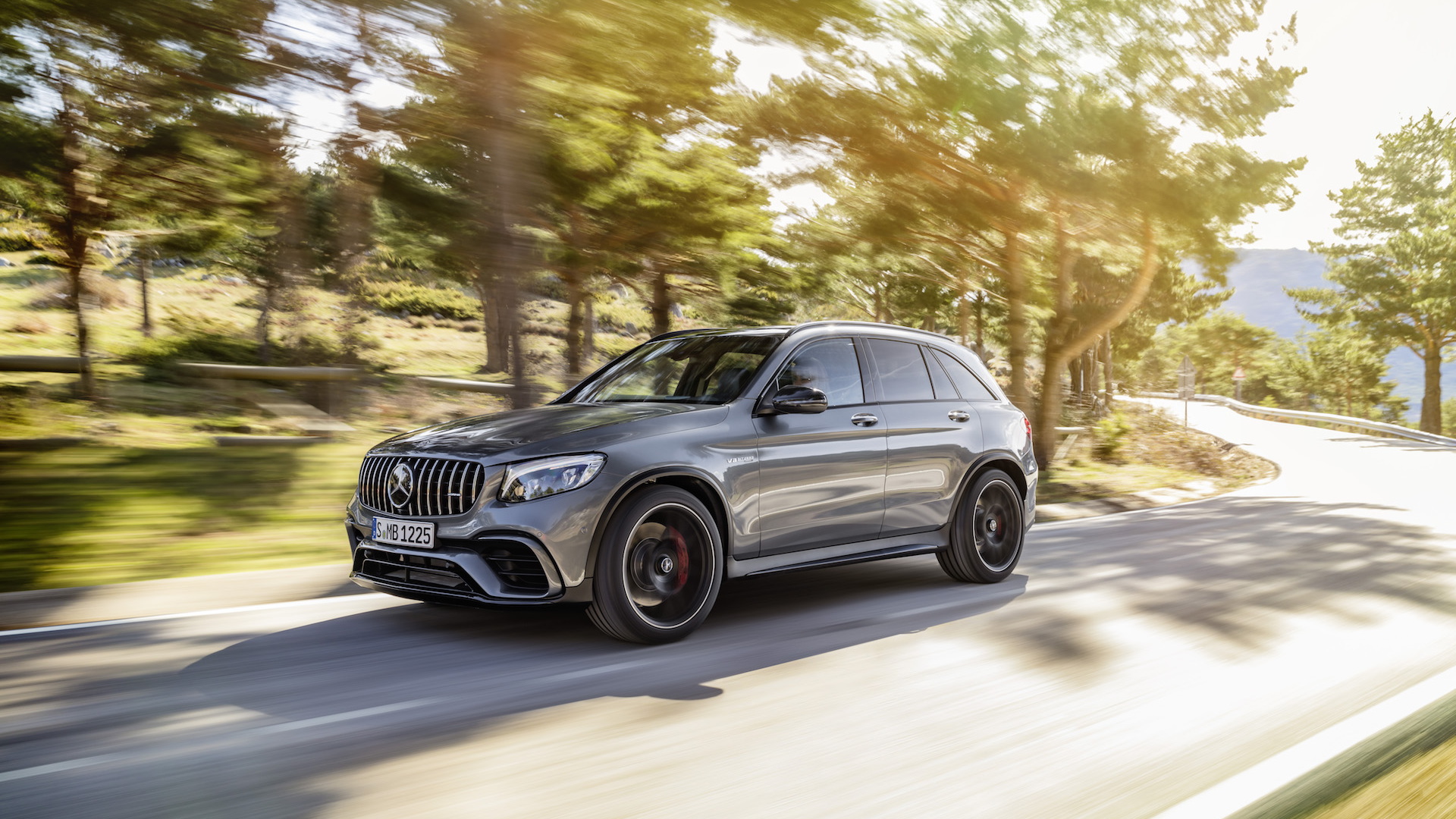 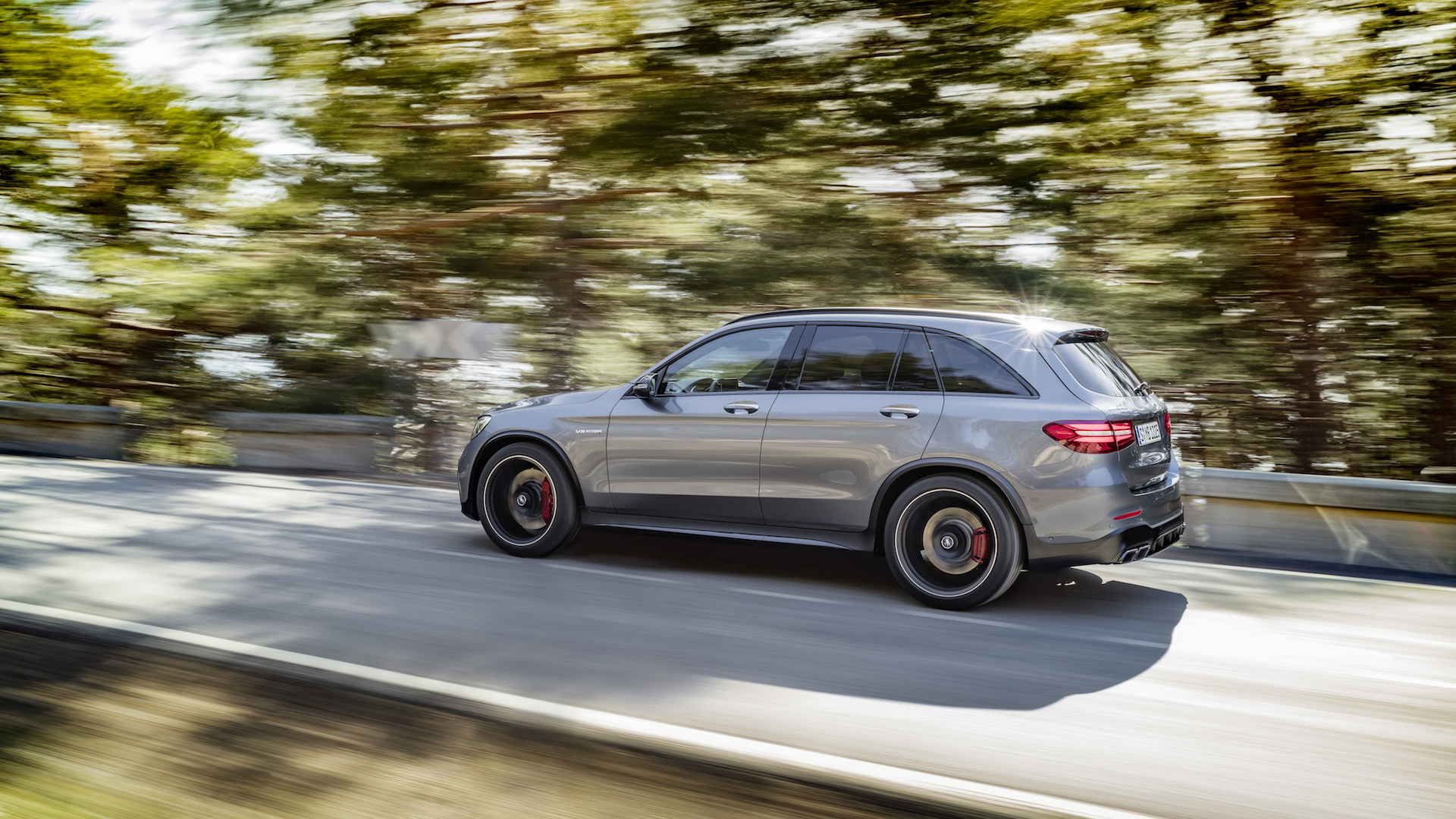 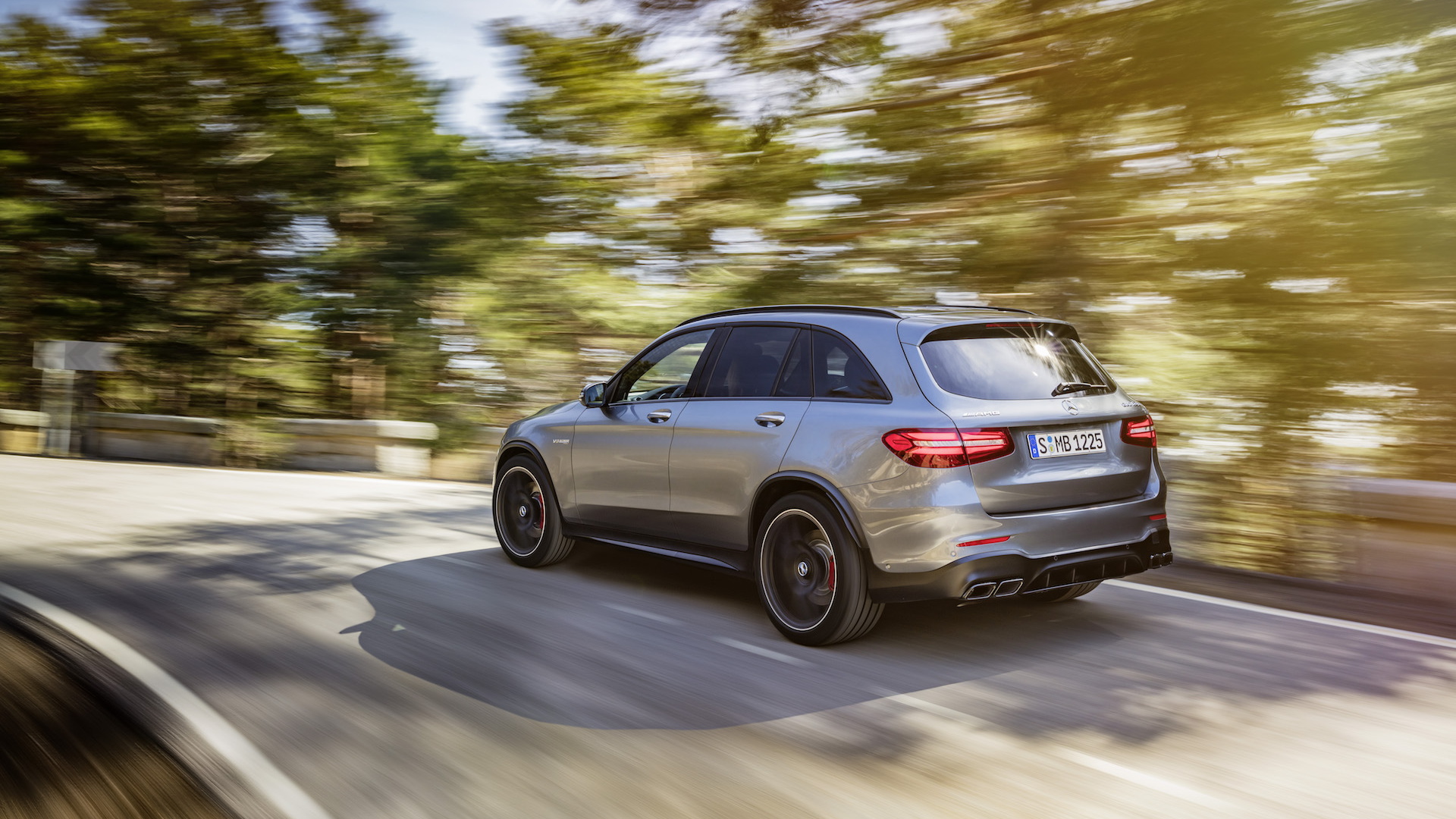 Mercedes-AMG's GLC63 S is now the fastest SUV around the Nürburgring, with AMG development engineer Markus Hofbauer having managed to fling the 503-horsepower small SUV around the full Nordschleife in a time of 7:49:369.

That compares to the previous record of 7:51.7 set by the similarly powerful Alfa Romeo Stelvio Quadrifoglio a little more than a year ago. Impressively, Hofbauer managed to beat Alfa's record on only his first lap out during a round of testing on Thursday.

The new record was independently measured by wige SOLUTIONS, the same company that handles timing for many of the motorsport events held at the 'Ring. The record for production cars, regardless of segment, is the 6:44.97 set by Lamborghini's Aventador SVJ earlier this year.

The GLC63 S is powered by AMG's familiar 4.0-liter twin-turbocharged V-8. The engine complements its 503 horses with 516 pound-feet of torque, which together sees the SUV hit 60 mph from rest in just 3.7 seconds. The vehicle also benefits from an electronic limited-slip differential and tires measuring a chunky 295-millimeters wide at the rear.

Incredibly, AMG is working on a mid-cycle update for the GLC63, meaning we could soon be in store for an even faster version of the flagship GLC63 S model. The updated GLC63 is due out next year as part of an updated GLC range.