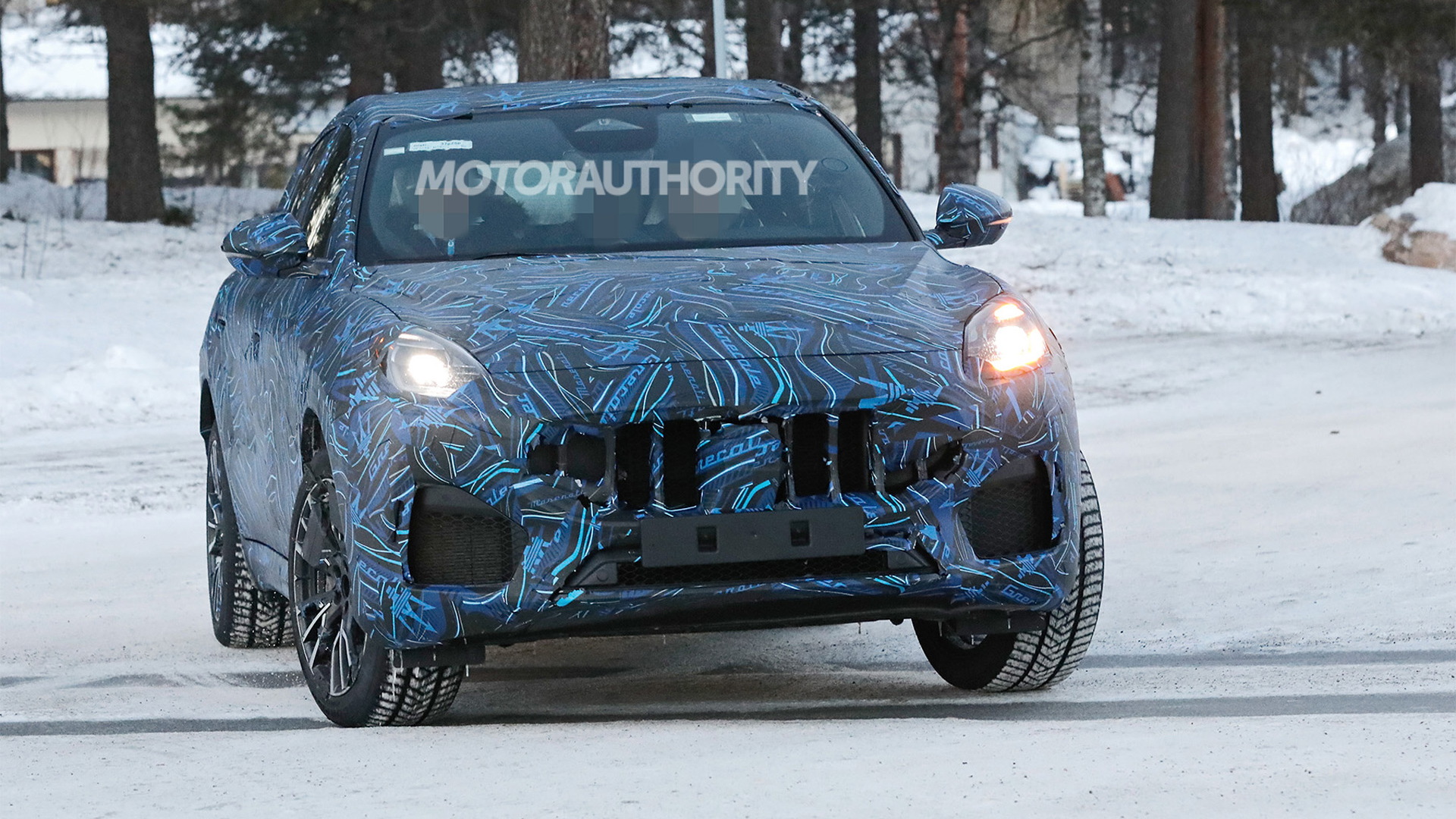 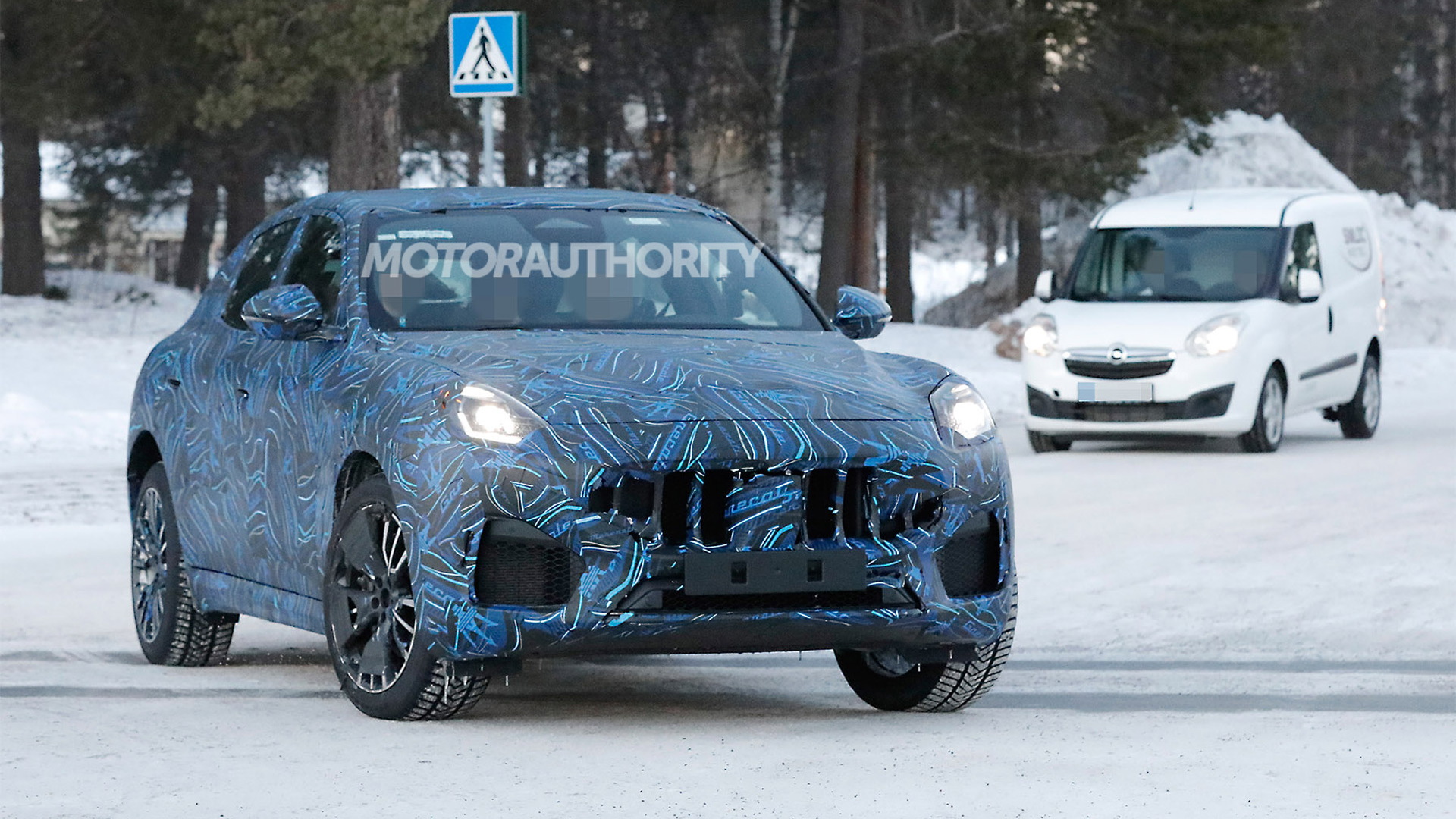 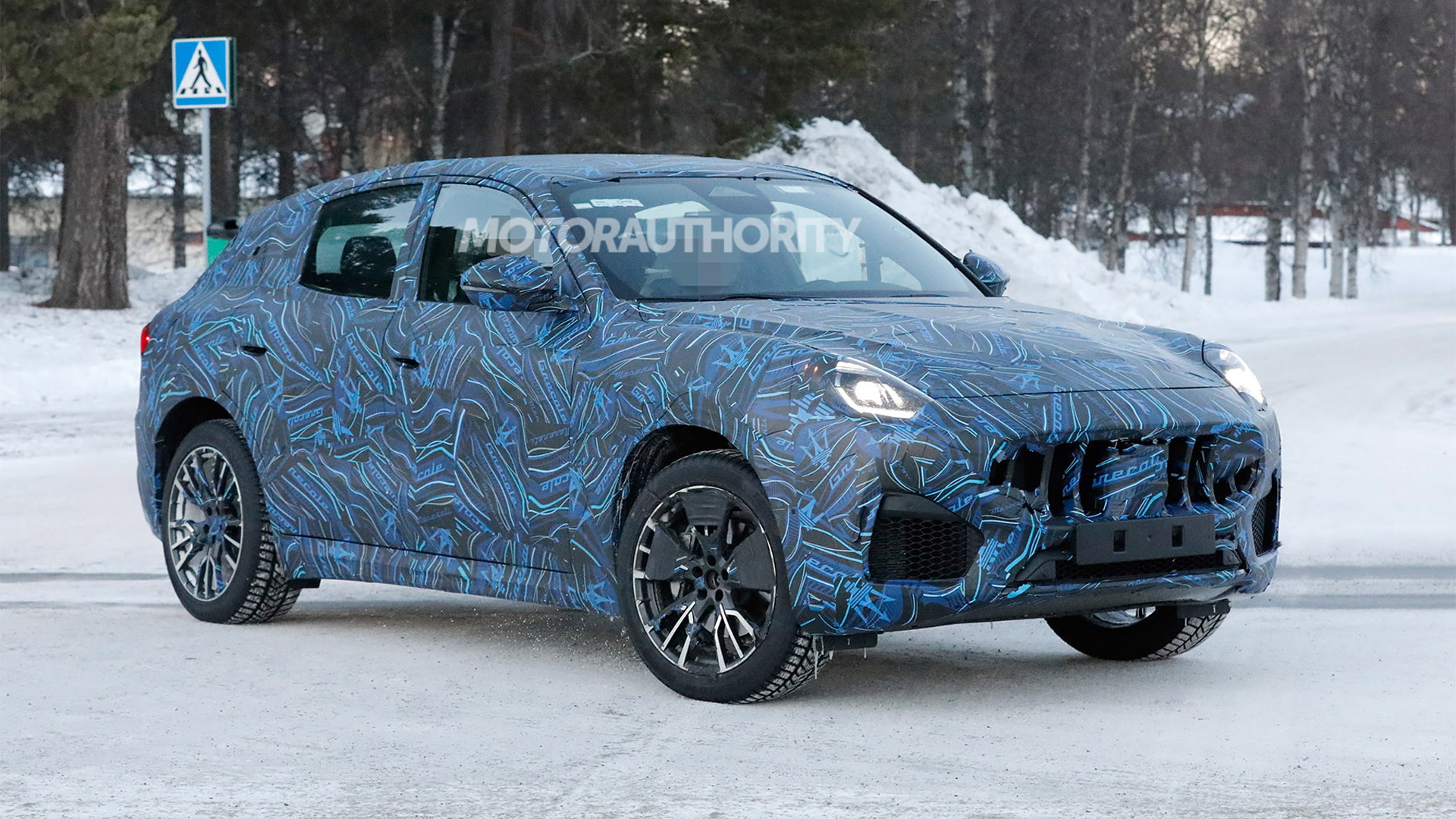 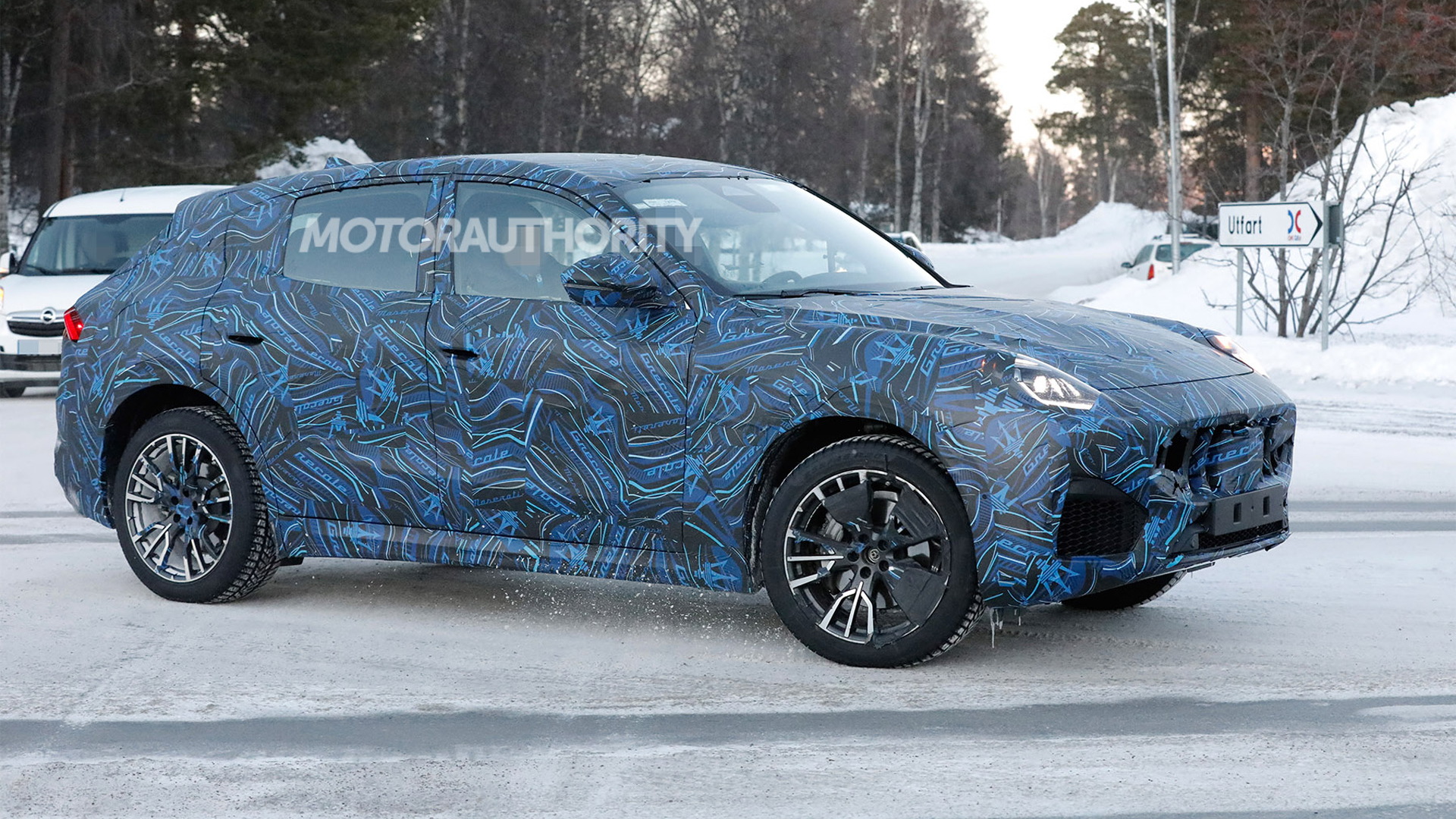 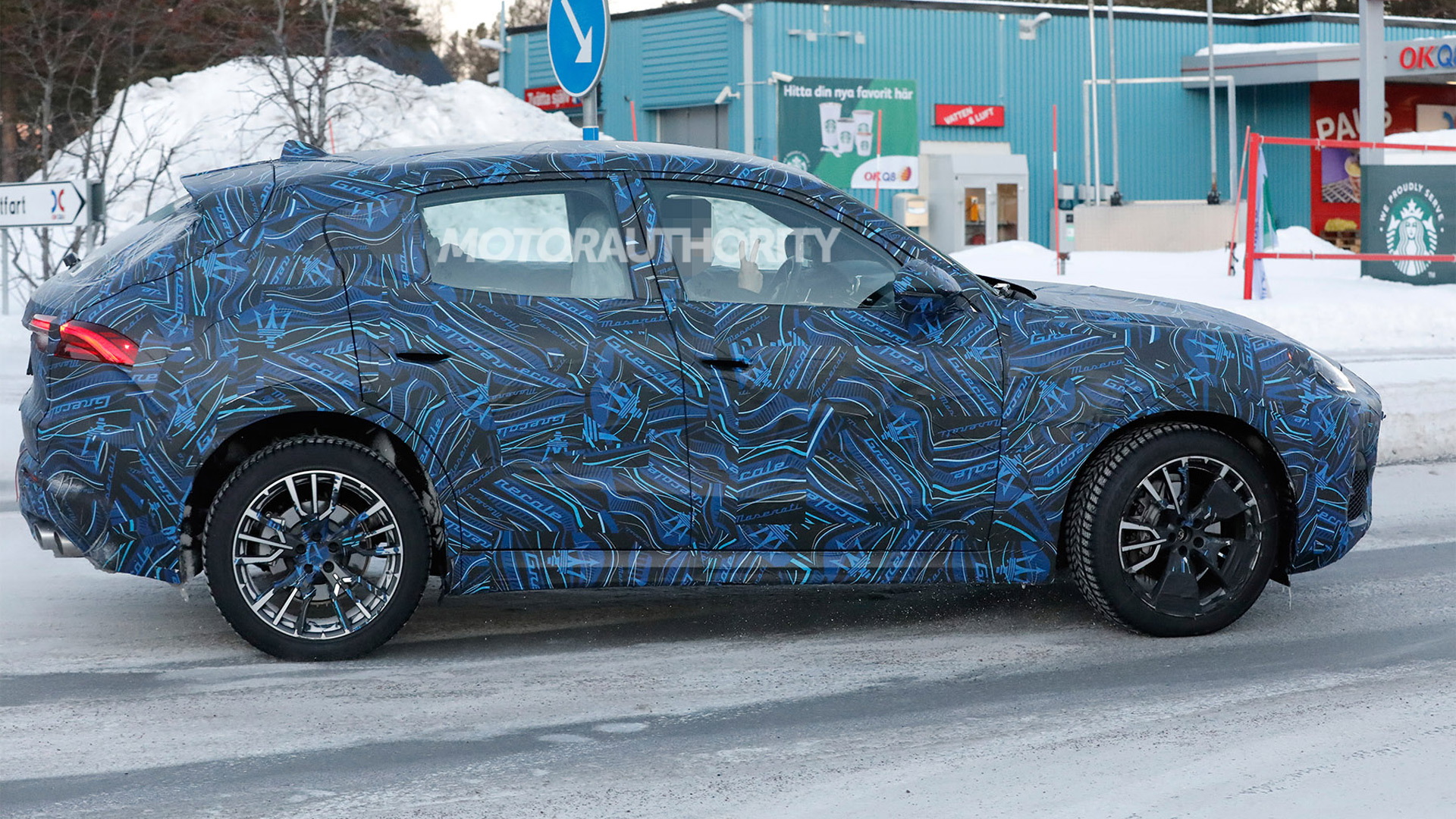 Maserati in 2020 announced it would introduce a crossover slotting in below the Levante and wearing the Grecale name. In keeping with Maserati's penchant for naming models after winds, a habit that started in 1963 with the Mistral, the name comes from a wind in the Mediterranean.

We have fresh spy shots of a prototype for the Grecale, including some shots of the interior. The sighting follows the release of official photos of a prototype taken during a test drive by Carlos Tavares, CEO of Maserati's Stellantis parent company last year. Tavares was joined by Stellantis Chairman John Elkann, with the two also visiting Maserati's plant in Modena, Italy, where the new MC20 supercar is being built.

The Grecale will be built at Stellantis' plant in Cassino, Italy, alongside the Alfa Romeo Stelvio. The Grecale has been developed on the Giorgio platform underpinning the Stelvio, so it's no surprise the proportions are similar between the two vehicles.

It isn't clear what internal-combustion powertrains will be offered in the Grecale, but we know the crossover, like all new Maseratis, will offer the choice of battery-electric power. The electric option won't be available at the Grecale's launch, though.

Instead, we will most likely see the Grecale launch with the choice of a 2.0-liter turbocharged inline-4 in a mild-hybrid configuration, together with a version of Maserati's new 3.0-liter twin-turbocharged V-6 fitted to the MC20 supercar. Maserati's first electric car will be the redesigned GranTurismo also out testing in prototype form and due for a reveal in 2022.

The Grecale will come first. It's due for a reveal this spring, having missed a planned fall 2021 reveal. Blame the chip shortage. The delayed launch means we'll likely see the crossover now reach showrooms as a 2023 model. It will compete with the Porsche Macan and high-end versions of the BMW X3, Jaguar F-Pace, Mercedes-Benz GLC-Class, and Volvo XC60. The Stelvio could also be an alternative for some buyers.