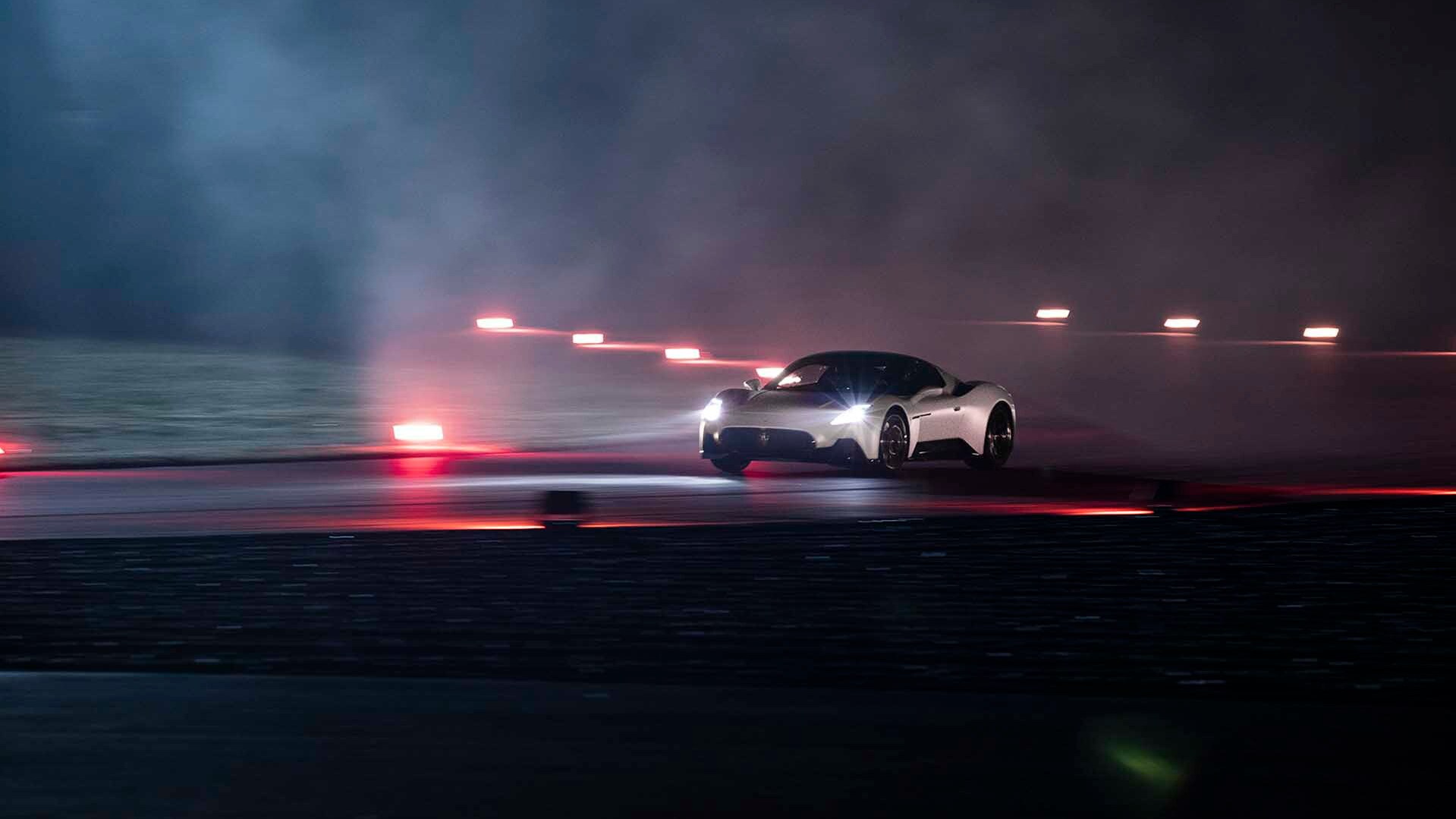 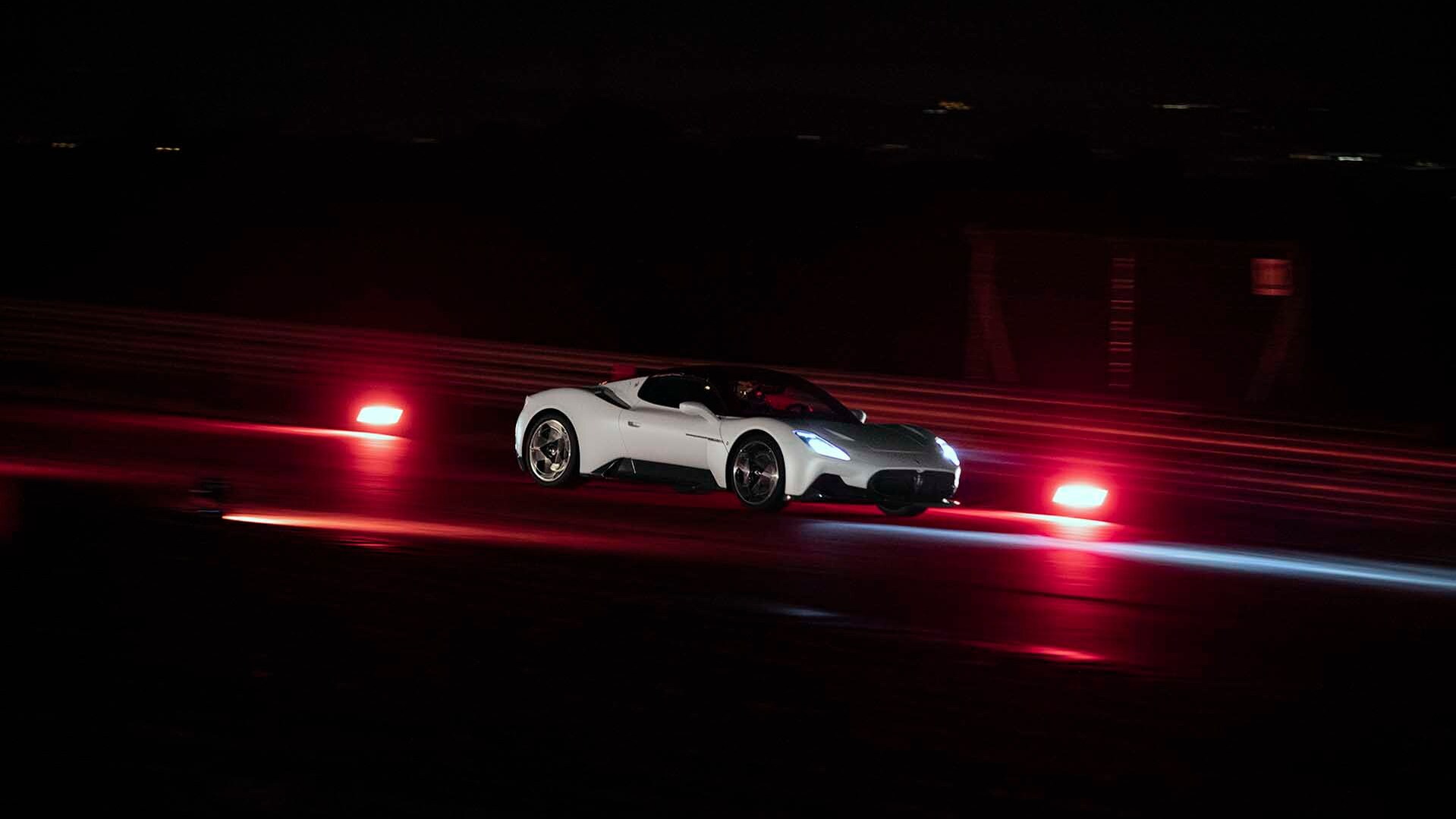 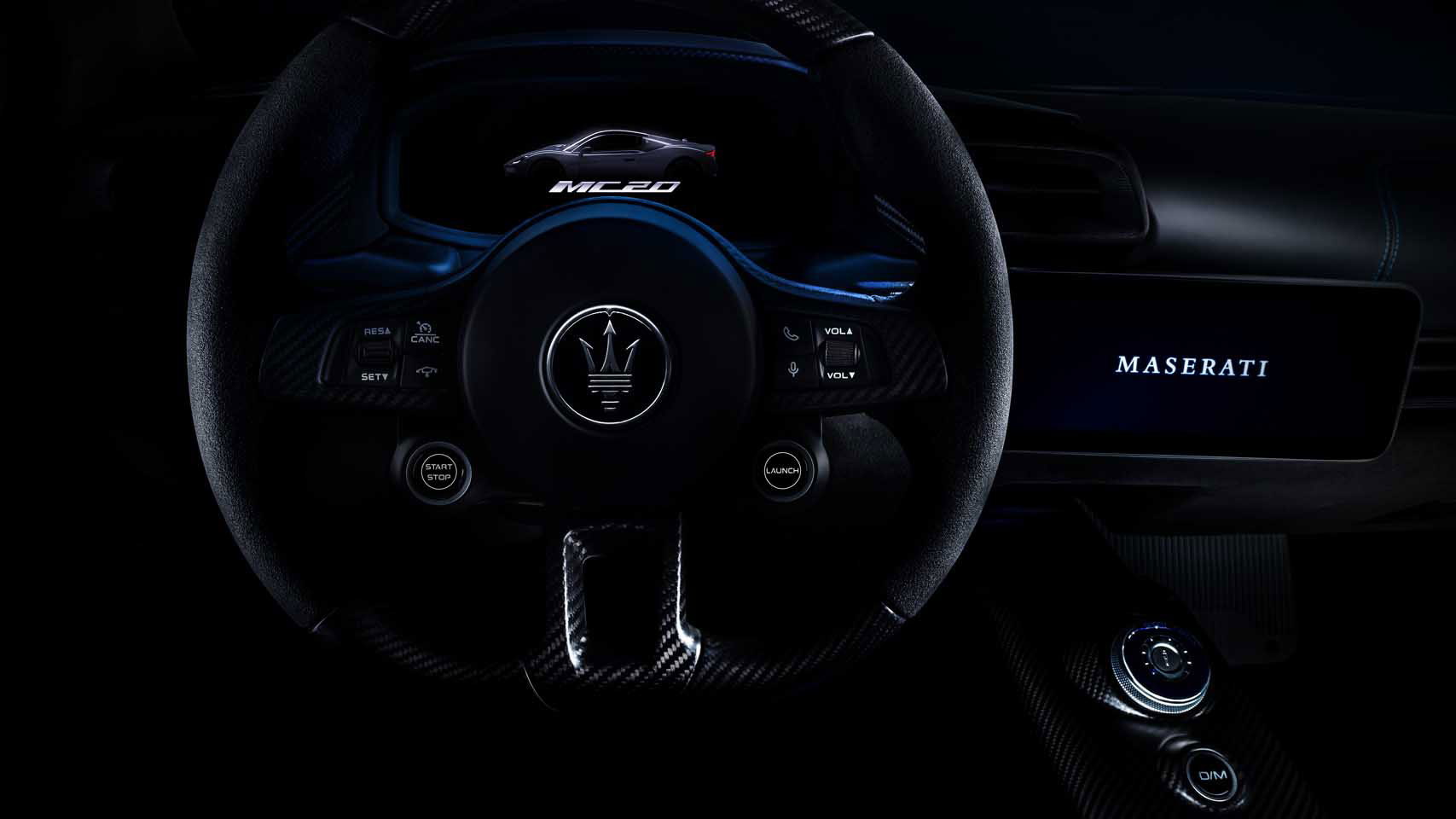 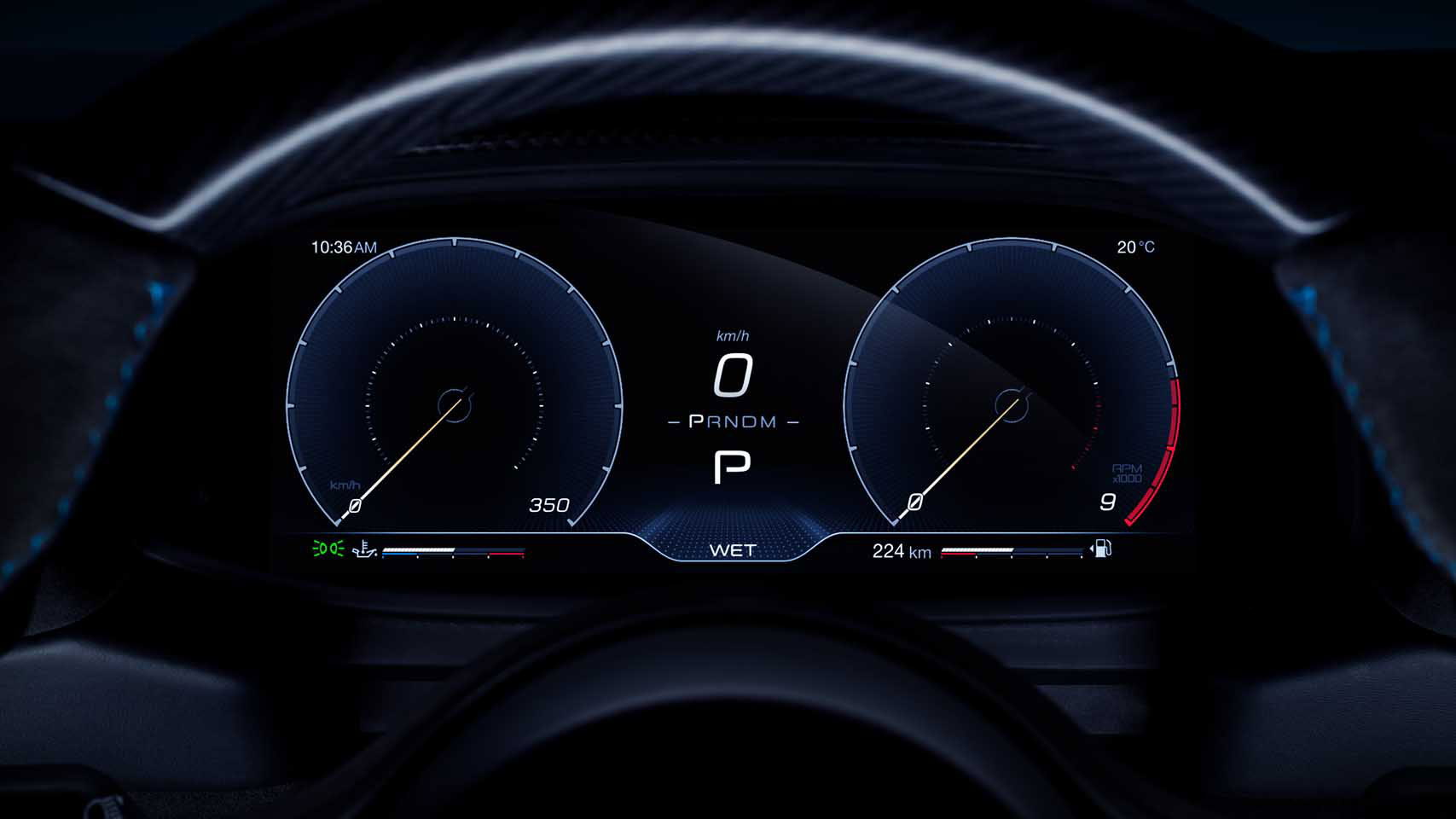 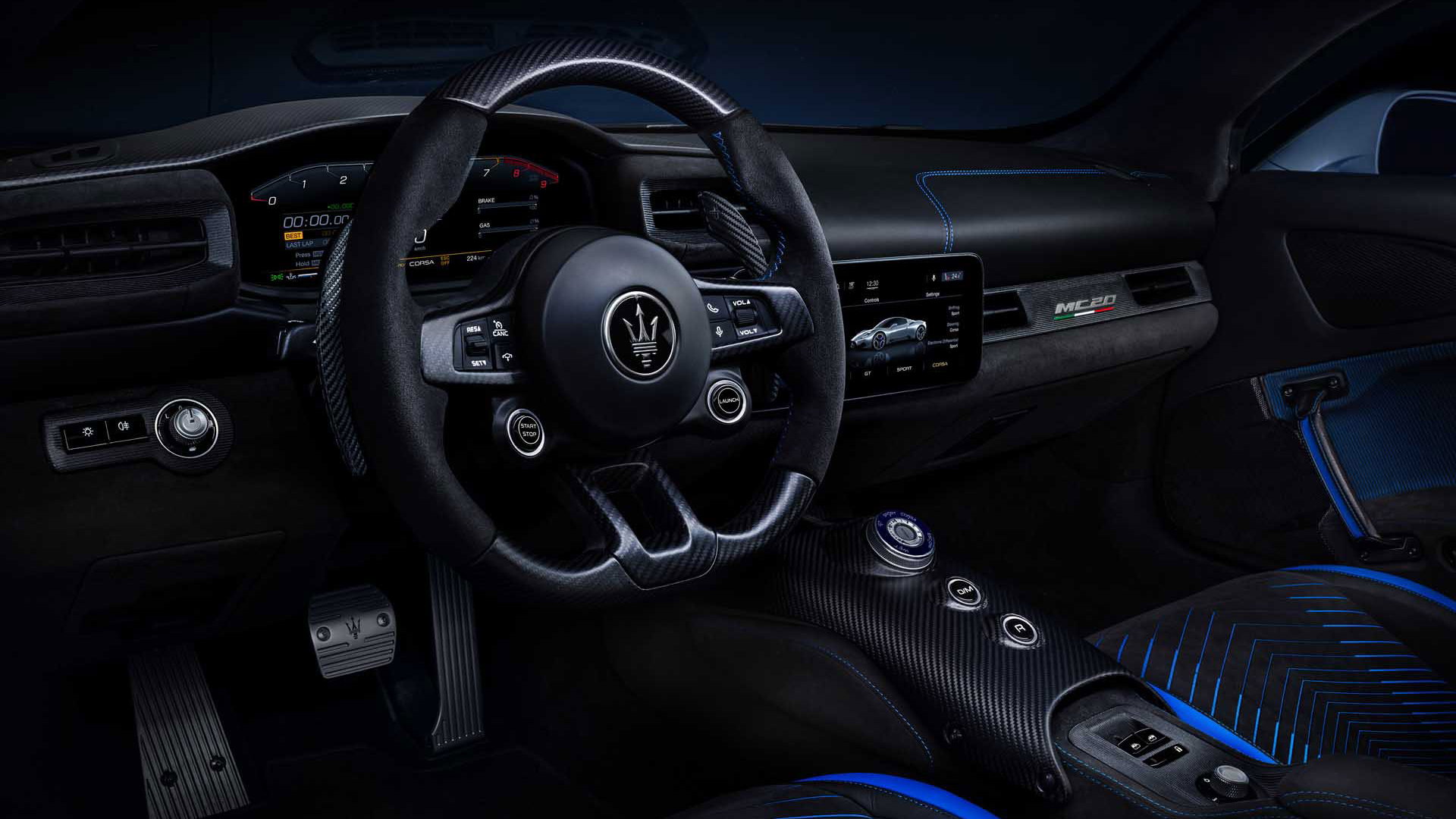 Maserati on Wednesday unveiled its first supercar since the the MC12 ended production in 2005, when it revealed its new MC20 at a special event in Modena, Italy.

The new car picks up where the old one left off. Like its predecessor, the MC20 is a mid-engine supercar made largely of carbon fiber, and it exists so Maserati can go racing.

The MC20 is built around a carbon-fiber chassis with carbon-fiber body panels. Set in the middle behind the two seats is Maserati's Nettuno 3.0-liter twin-turbocharged V-6 that spins out a stout 621 horsepower and 538 pound-feet of torque. The engine, the first built exclusively by Maserati in more than 20 years, is mated to an 8-speed dual-clutch automated manual transmission. A dry sump oiling system helps prevent oil starvation during performance driving.

Maserati also promises a battery-electric version but has so far given no information on the power or performance of that powertrain.

The MC20 features a sleek, sexy design that takes full advantage of its mid-engine layout. It also has influences from the MC12, particularly at the front. The cockpit is pushed forward like other mid-engine cars, and the center of the body slims down due to a black roof, tucked in body panels, and blacked out sills. The body widens toward the wheels along character lines that also house cooling ducts. The doors open butterfly-style—straight up. At the back is a subtle spoiler that doesn't break up the car's lines. More than 1,000 hours of simulations and 2,000 hours of wind tunnel testing result in a coefficient of drag of less than 0.38. Thus far, Maserati has only shown a coupe, but the company said the chassis was designed to support a spider as well.

Under the skin, the MC20 rides on a double-wishbone suspension front and rear with adjustable dampers. An available front lift will raise the front end up to 2 inches to avoid curb rash. The standard brake discs are 15 inches up with 6-piston Brembo calipers and 13.8 inches in the back with 4-piston calipers. Larger carbon-ceramic discs will be offered. The tires are 245/35R20s up front and 305/30R20s out back. The carbon-fiber construction keeps the weight to 3,306 pounds.

Drivers will be able to choose from four driving modes—GT, Wet, Sport, and Corsa—and they'll also be able to turn off the electronic stability control.

Inside, the MC20 has a pair of 10.3-inch screens, one for the digital gauge cluster and the other centrally located for infotainment. The steering wheel features the ignition button on the left and a launch control button on the right. Carbon-fiber trim is found throughout, and the MC20 comes with a digital rearview mirror and wireless device charging.

It's connected, too. The MC20 offers internet-connected navigation, Amazon Alexa compatibility, and in-car wi-fi. Some of these items can be controlled through the Maserati smartphone and smart watch app.

The MC20 was originally planned as a front-engine sports car with 2+2 seating, and Maserati rolled out the Alfieri concept in 2014 as a preview. The stunning concept car is now expected to influence the design of the redesigned GranTurismo due in 2021, and as a result the MC20 has evolved into a more hardcore offering.

The car was originally due for a reveal in May but with restrictions in place due to the Covid-19 coronavirus, which hit Italy especially hard, Maserati decided to push the reveal back until September. The long-awaited supercar marks Maserati's return to racing.

Maserati said the MC20 will debut as a coupe, with a spider to follow and the electric version thereafter. While the MC12 was limited to just 50 units, plus 12 racing versions, Maserati has not said the MC20's production numbers will be limited, nor has it provided prices or a timeframe for first deliveries.

Maserati also noted that the brand will go racing with the MC20, but it hasn't said in which series.

—Viknesh Vijayenthiran contributed to this report