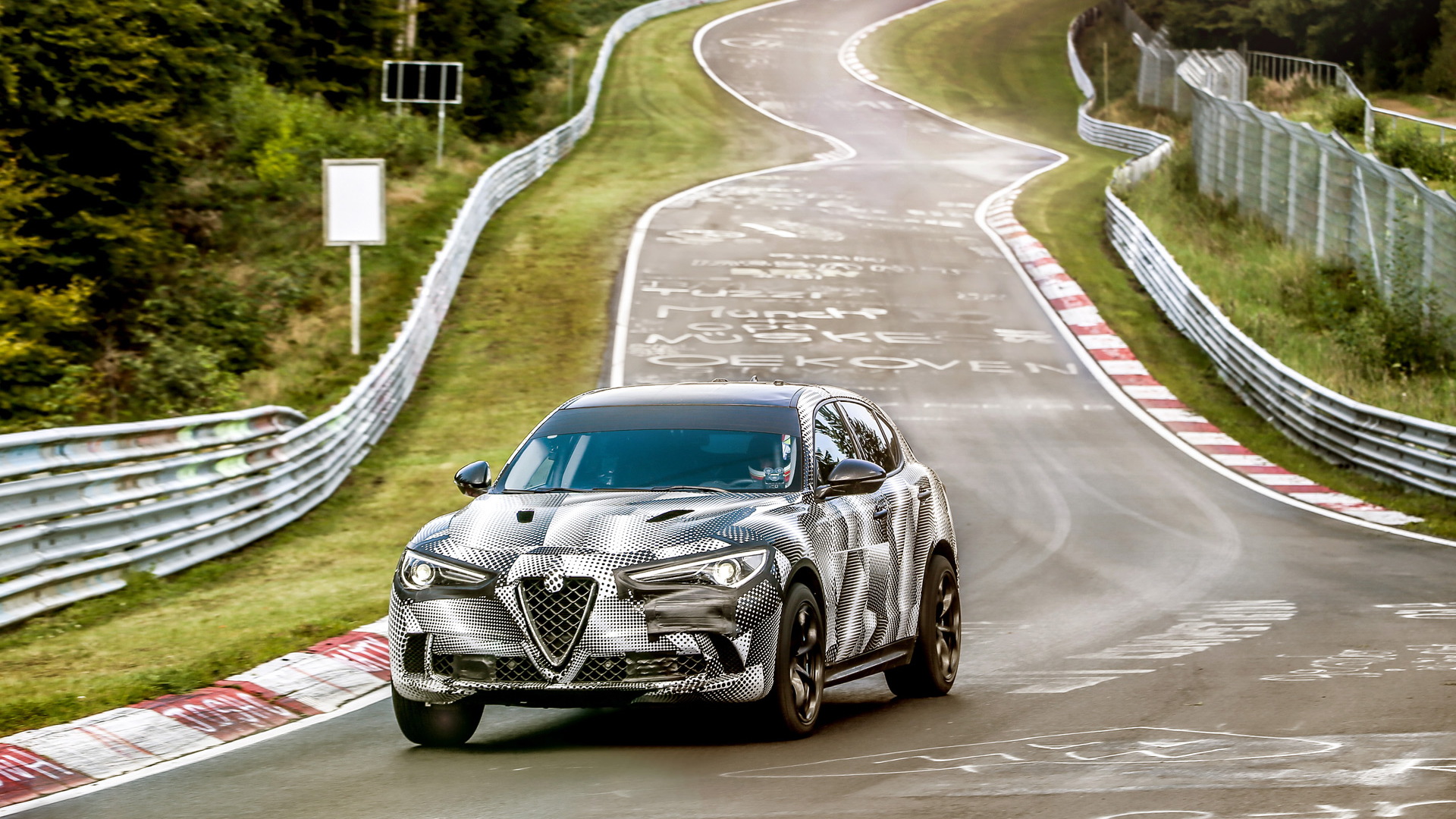 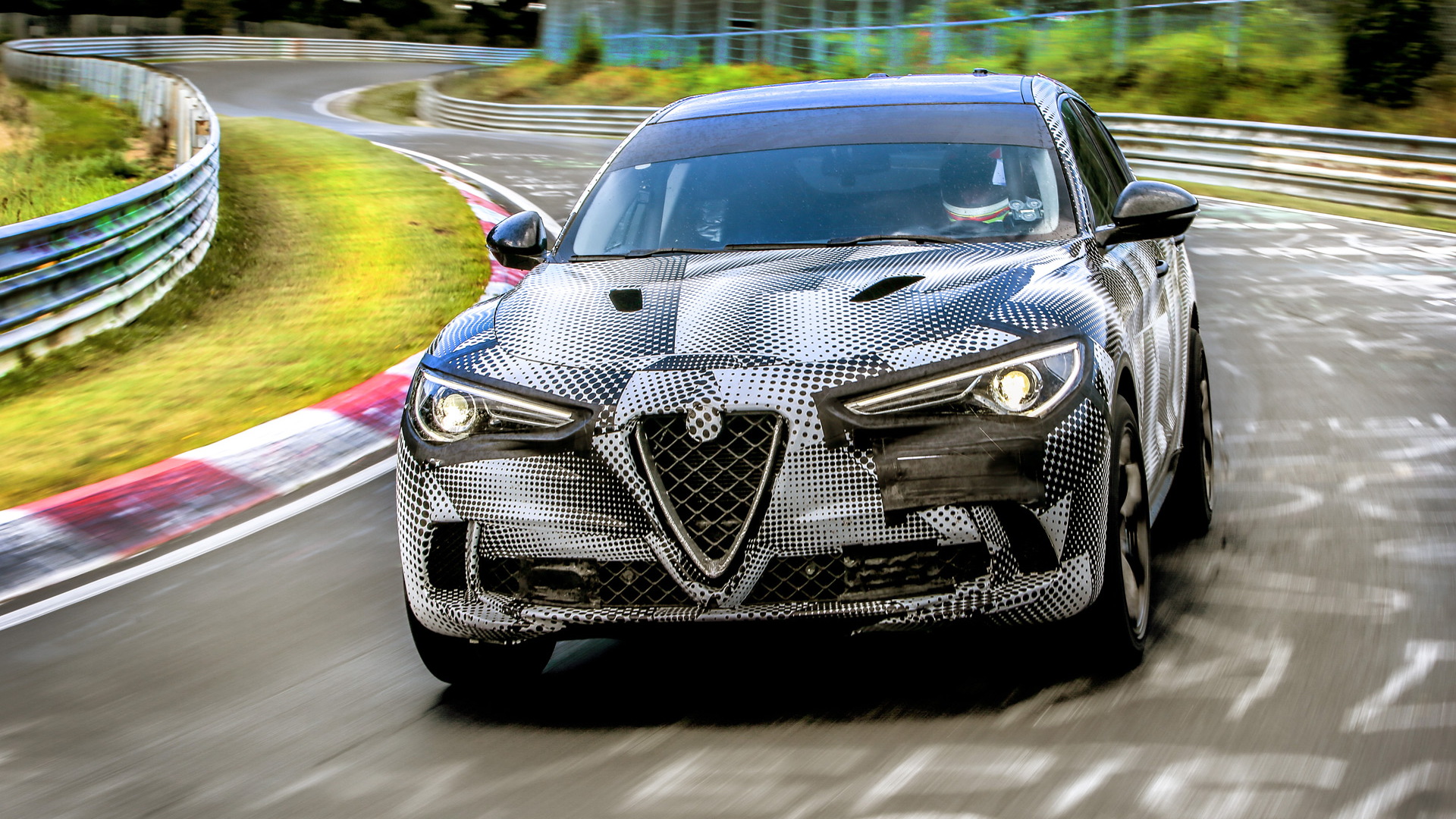 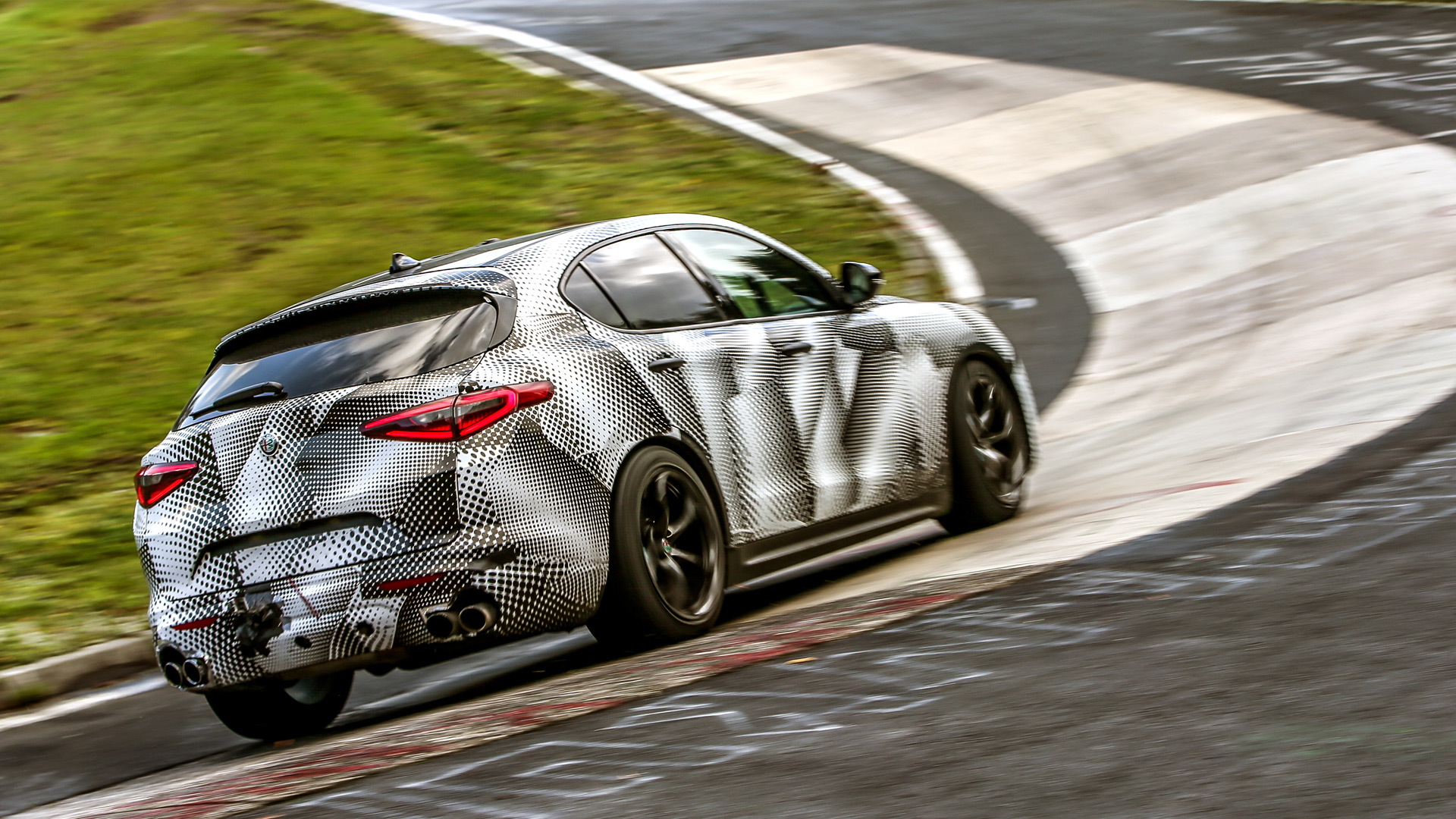 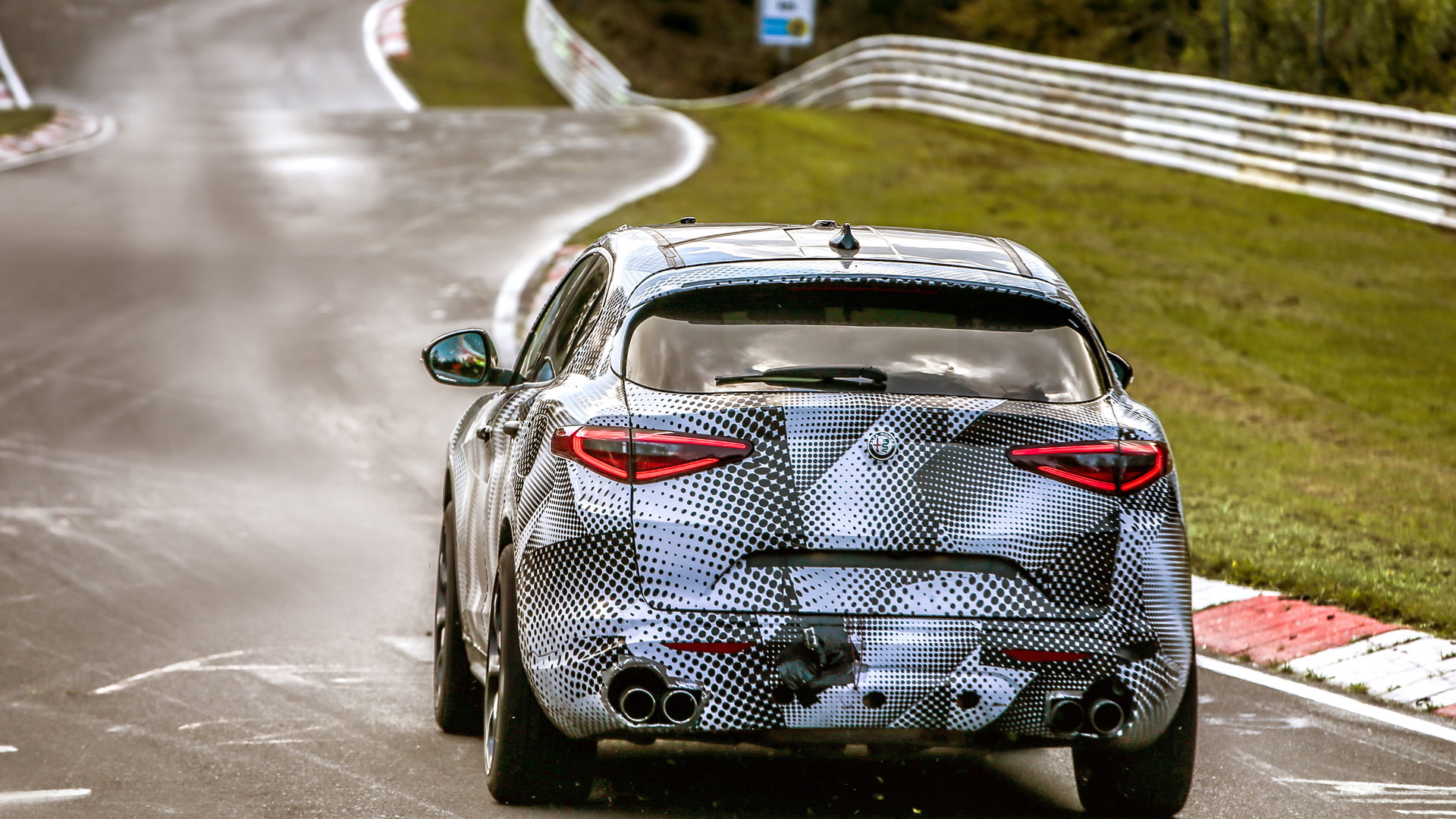 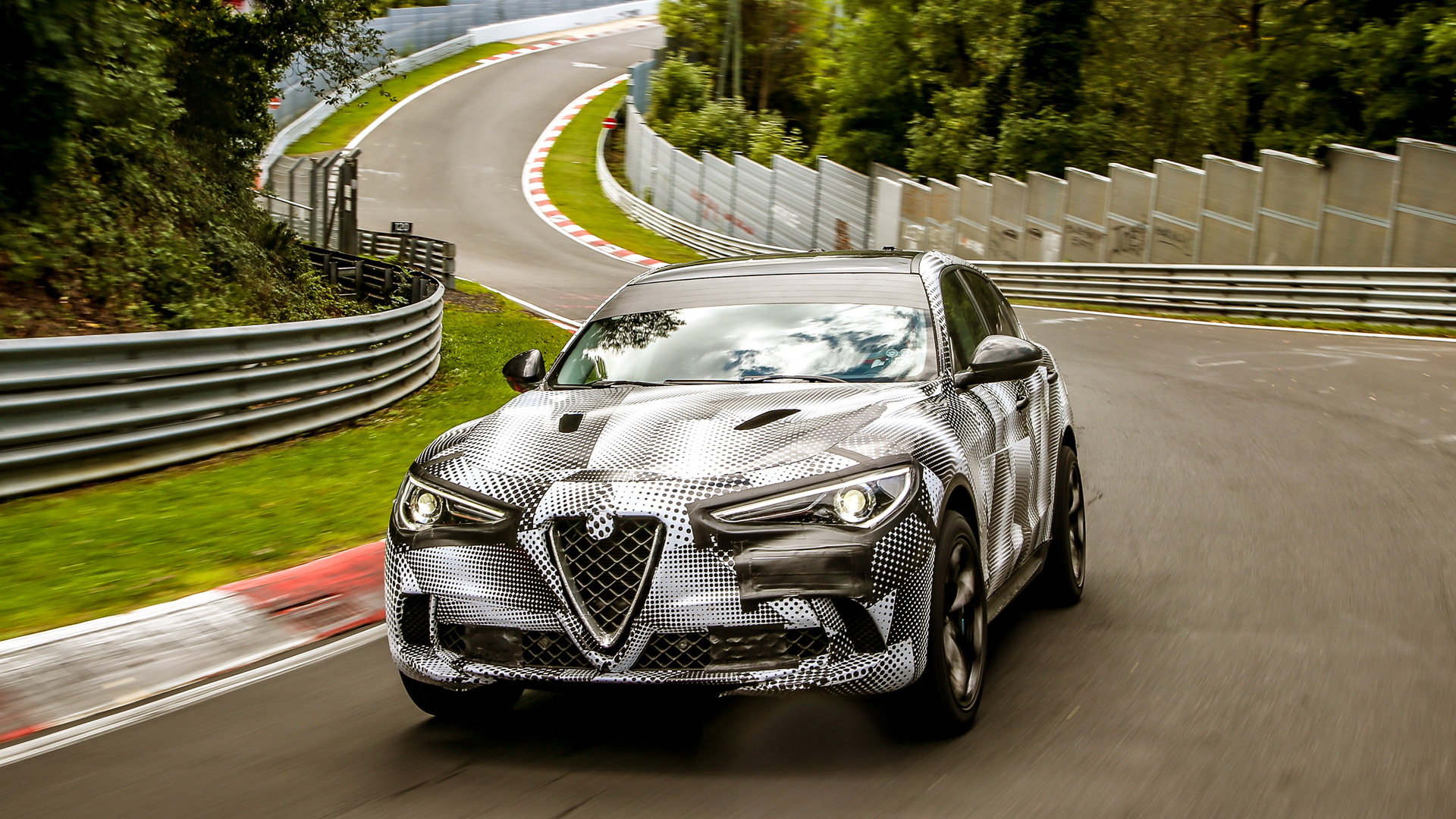 Alfa Romeo’s Stelvio in Quadrifoglio guise is now the fastest SUV around the Nürburgring.

Alfa Romeo also holds the fastest time for a sedan, with its Giulia Quadrifoglio in 2016 requiring just 7:32 for a full lap of the 12.8-mile circuit.

Porsche holds the record for all cars, with its 911 GT2 RS this month setting an insane 6:47.3 time.

At the wheel of the Stelvio Quadrifoglio was Fabio Francia. The Alfa Romeo tester was also the driver for the Giulia Quadrifoglio’s record and is proving to be quite the expert at the ‘Ring. While he couldn’t corner quite at fast as in the Giulia because of the taller center of gravity in the Stelvio, he did have the advantage of an all-wheel-drive system.

Otherwise, both vehicles have a similar framework. Power comes from a 2.9-liter twin-turbocharged V-6 delivering 505 horsepower and 443 pound-feet of torque. The transmission is an 8-speed automatic capable of making shifts in just 150 milliseconds when the vehicle’s driving modes selector is turned to Race mode. Other performance upgrades included the use of the Stelvio's available carbon-ceramic brakes and Sparco carbon fiber shell racing seat.

Note, the Stelvio might not have the record for long. Porsche has just unveiled a 550-hp Cayenne Turbo and is believed to be preparing a much more powerful Cayenne Turbo S E-Hybrid. Meanwhile, Lamborghini is convinced that its upcoming Urus will be the fastest SUV around the ‘Ring.