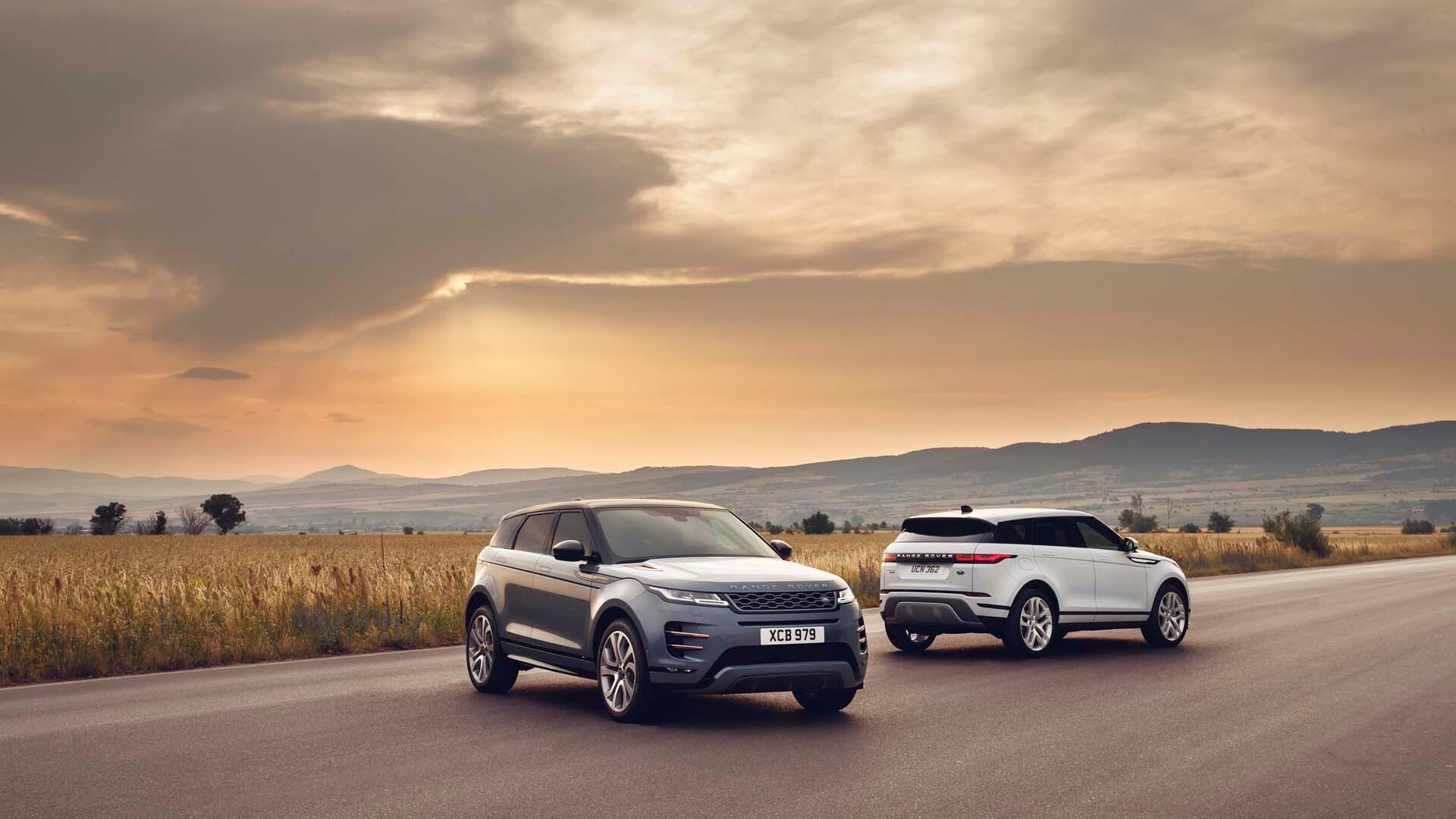 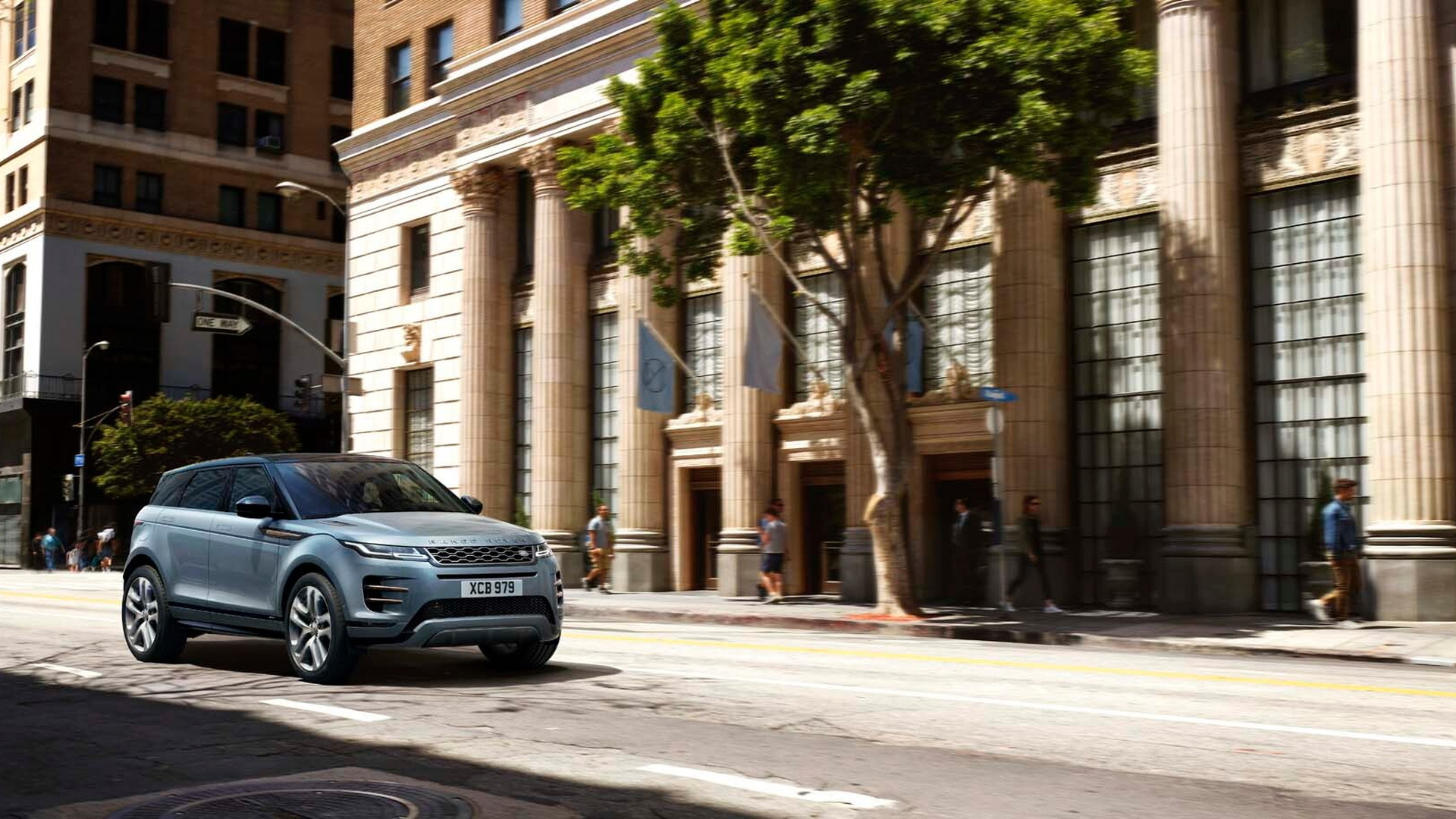 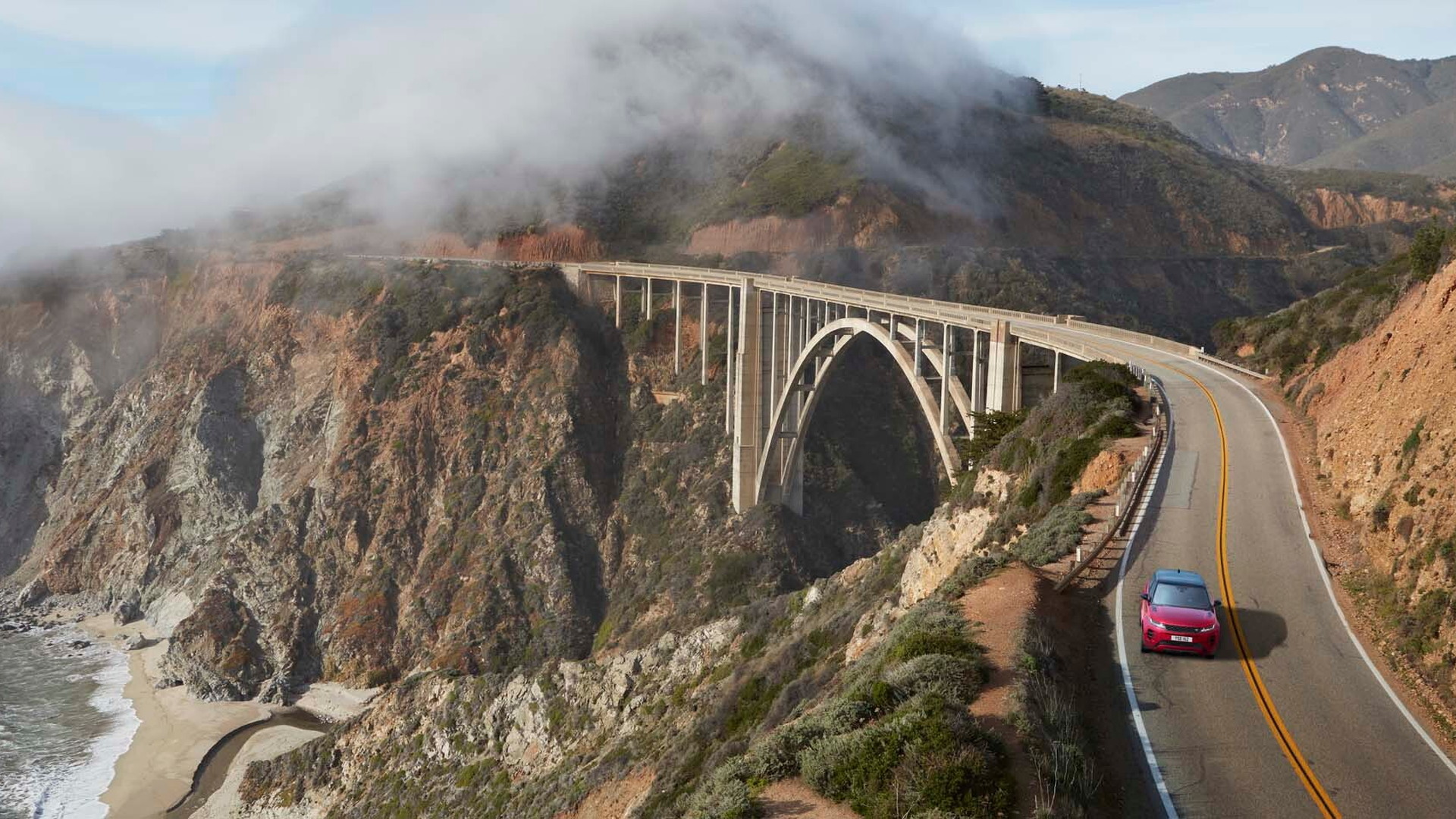 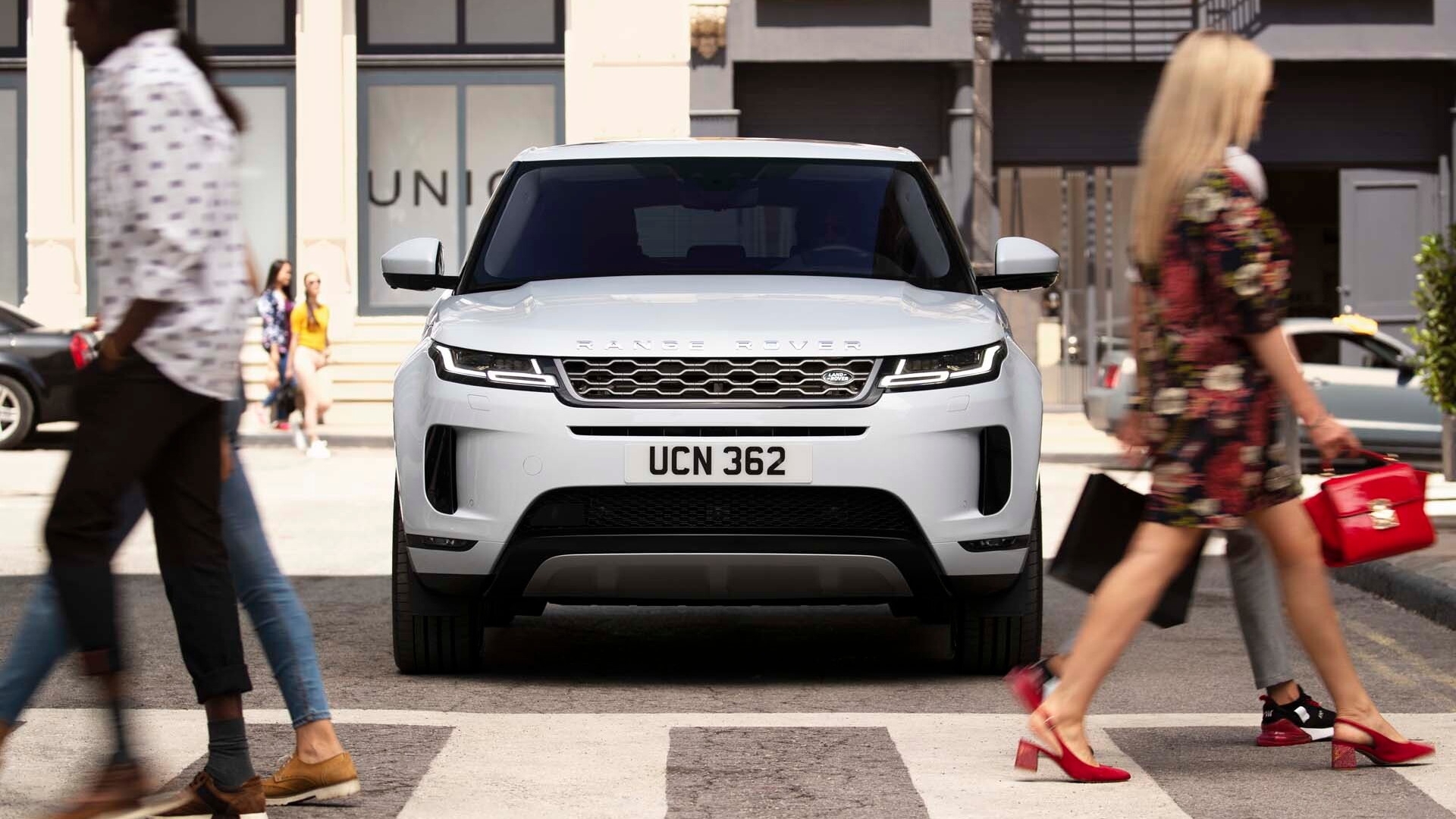 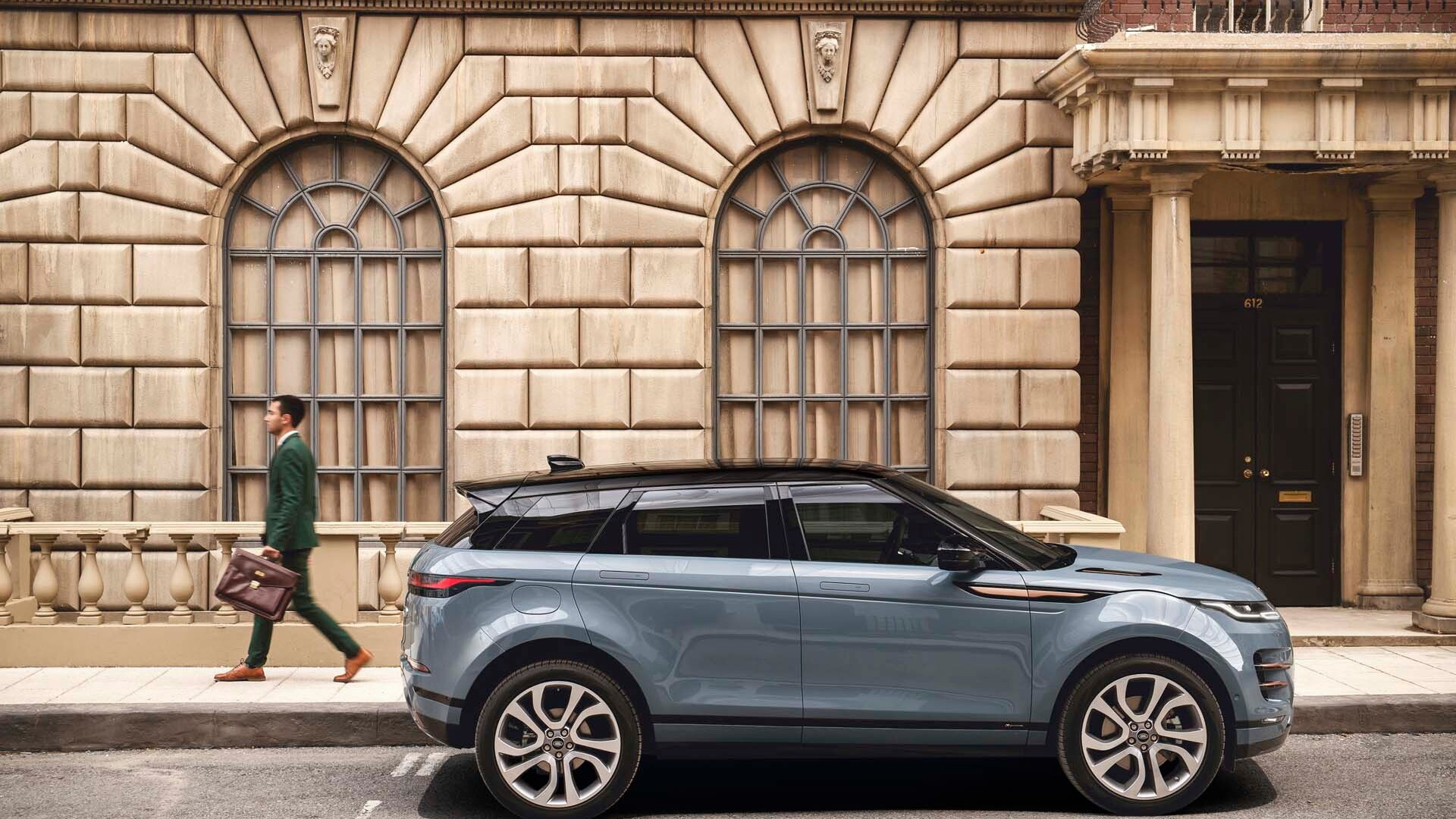 When it first arrived in 2012, the Range Rover Evoque was quickly derided by pearl-clutching off-road purists who were still debating the merits of air conditioning, power windows, and fuel-injected engines. The sleek, small, luxury SUV grated those folks because the Evoque didn't have a hulking engine and traded on its looks—even Victoria Beckham said she helped design it.

The Evoque's secret was that it was a very competent off-roader on its own right.

The 2020 Land Rover Range Rover Evoque that arrived Thursday stays close to the same formula—sans one Spice Girl's input—and even includes some of Range Rover's most innovative all-terrain features.

Its looks borrow heavily from the bigger Velar, down to the flush, power-extending door handles, on-trend rose gold exterior accents on some versions, and sloping roofline that tapers toward the rear. There's no three-door "coupe" version this time—it was shelved in the U.S. for 2018—but the new Evoque still sports wide front shoulders and wheel sizes up to 21 inches. (No word on another highly entertaining convertible Evoque, either.)

The new Evoque sports a revised honeycomb grille bookended by thinner LED headlights that reach back into the front fenders. The tailgate is wider thanks to two-piece taillights that don't intrude far into the hatchback's cutout.

Like the outgoing model, the 2020 Evoque features turbo-4 engines, a 9-speed automatic, and all-wheel drive. Base models are equipped with a 2.0-liter turbo-4 that makes 246 horsepower—a 9 hp bump from the outgoing version—while uprated versions use Range Rover's first mild-hybrid system that provides 296 hp from a turbo-4 and a 48-volt system. Range Rover didn't say if the system can drive the Evoque on electricity alone for short distances but said the 48-volt system can cut power at 11 mph or slower to save fuel.

The Evoque sports the next generation of an all-wheel-drive system it helped pioneer. The Active Driveline system that's optional on most Evoques, but standard on top P300 versions, can shuttle power between front and rear wheels, simulate torque vectoring, and virtually "lock" the rear wheels on loose surfaces like sand. A similar system appeared in the last Evoque and Jaguar E-Pace. The Evoque also offers Range Rover's latest Terrain Select 2 system that modulates throttle, brake, and crawling functions on a variety of surfaces, including Snow, Sand, Mud, and Catwalk. (One of those is made up.) Range Rover says the Evoque's ground clearance is 8.3 inches and it can wade in water up to two feet deep.

A innovative camera system that can show drivers what's underneath the vehicle is a first for Range Rover. The so-called ClearSight Ground View system digitally removes parts of the vehicle to help the driver place the wheels on tough terrain. It's the first application of a system we saw in 2014 from Range Rover.

Range Rover says its AWD system can disconnect the rear wheels to save fuel when traction isn't needed and that the body is 13 percent stiffer than the outgoing model for a quieter, calmer ride.

For suspensions, the Evoque uses MacPherson struts up front and an integral rear link setup for better on-road behavior and more room in the cargo area. An optional adaptive suspension is available on top models, like the outgoing version, that should help quell judders from the tall 21-inch wheels. Though it's just fractions of an inch larger than the outgoing vehicle, the new Evoque adds an inch of rear knee room and a cubic foot of storage space in back.

Inside, the Evoque can sport the brand's latest touchscreen control system that debuted in the Velar. Called Touch Pro Duo, it pairs two 10-inch touchscreens for infotainment and vehicle functions, and adds a 12.3-inch driver information gauge cluster.

All the leather and soft-touch materials are available for the Evoque's interior, but, like the Velar, a premium cloth option is available for buyers more into high fashion than high country.

Range Rover didn't say how much the new Evoque will cost when it goes on sale next year, but it's a safe bet it won't cost less than the current model's $42,795 base price or $58,295 for a higher-spec version.

The 2020 Land Rover Range Rover Evoque will make its U.S. auto show debut in February at the 2019 Chicago Auto Show.