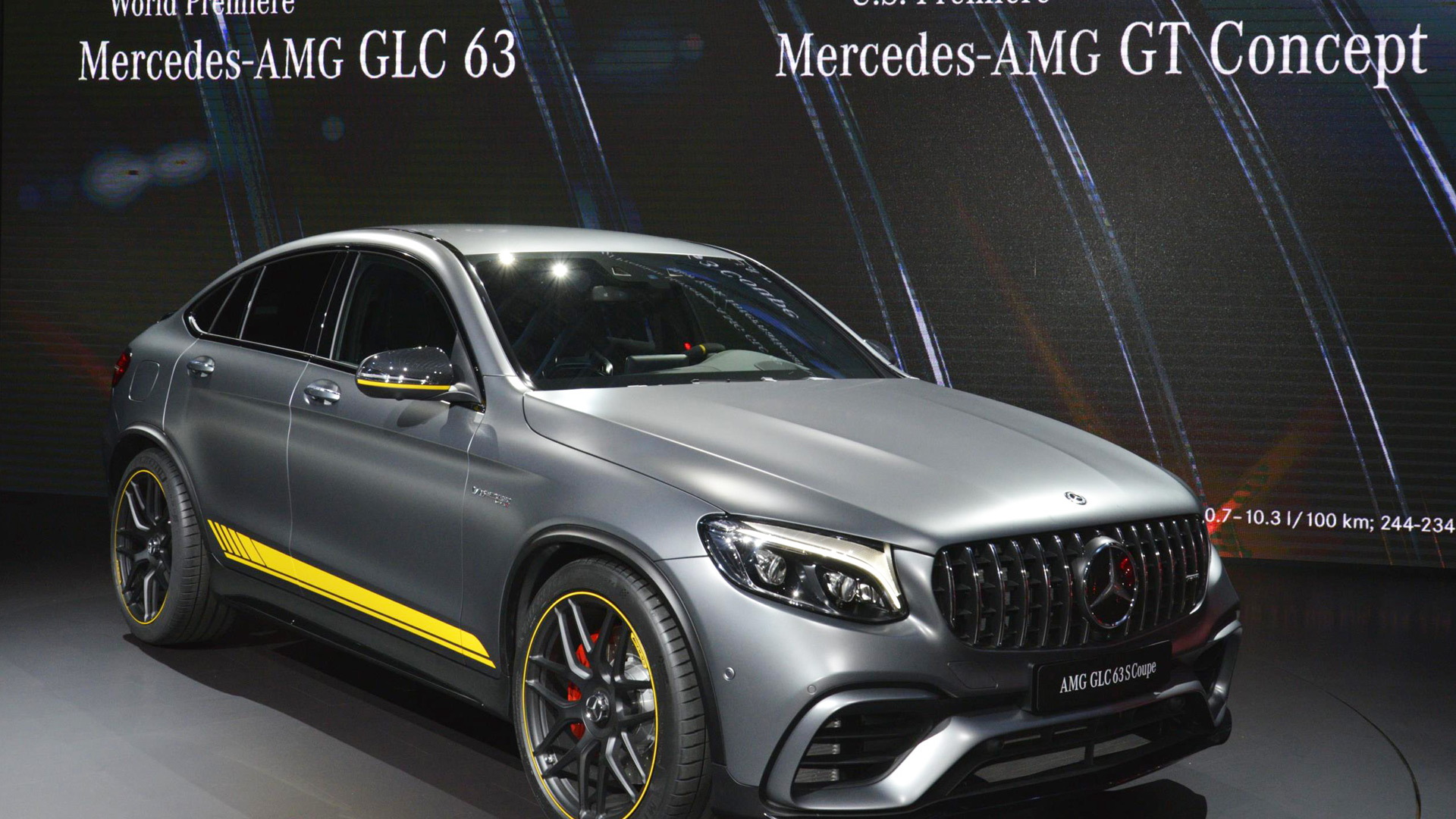 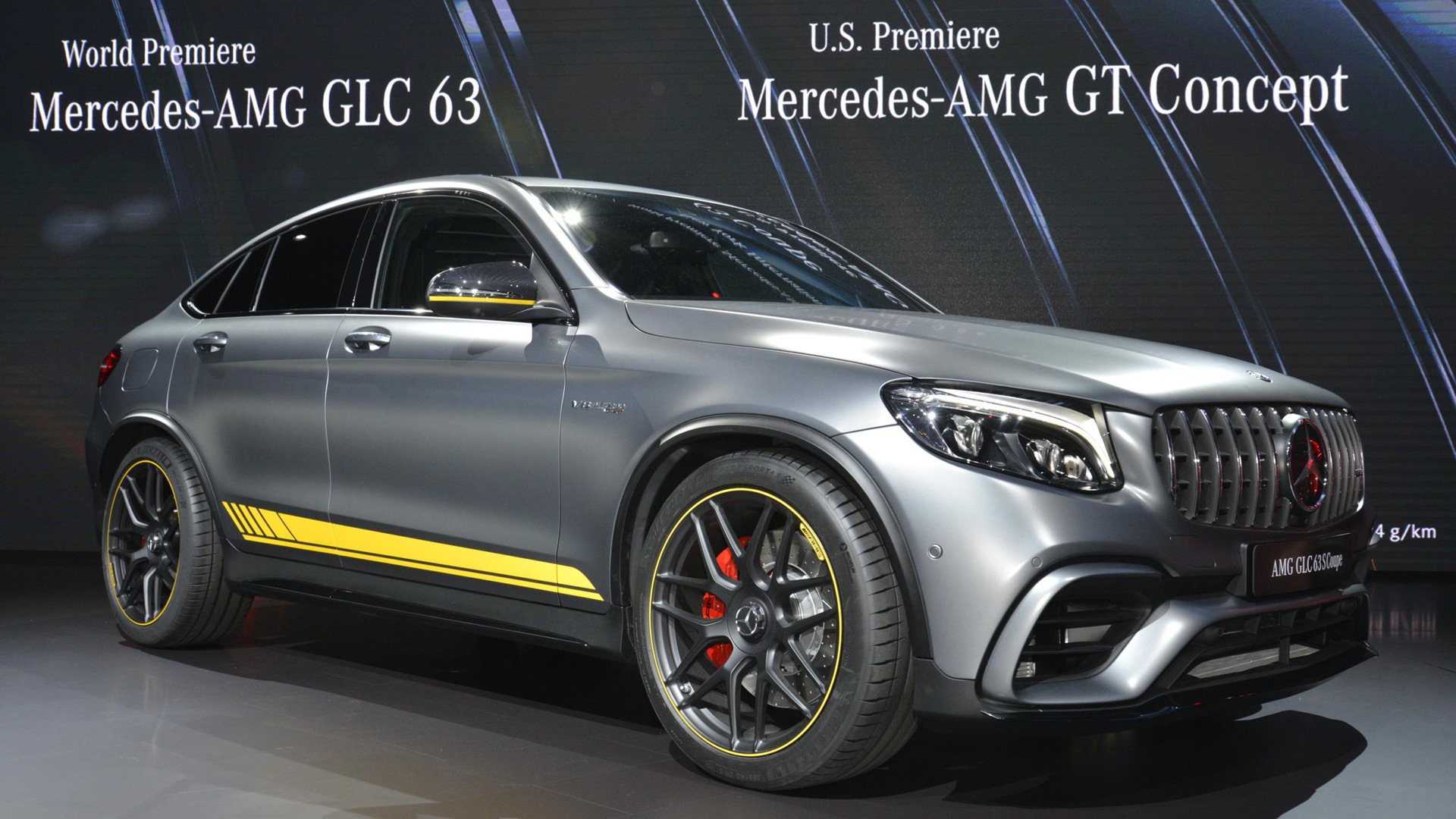 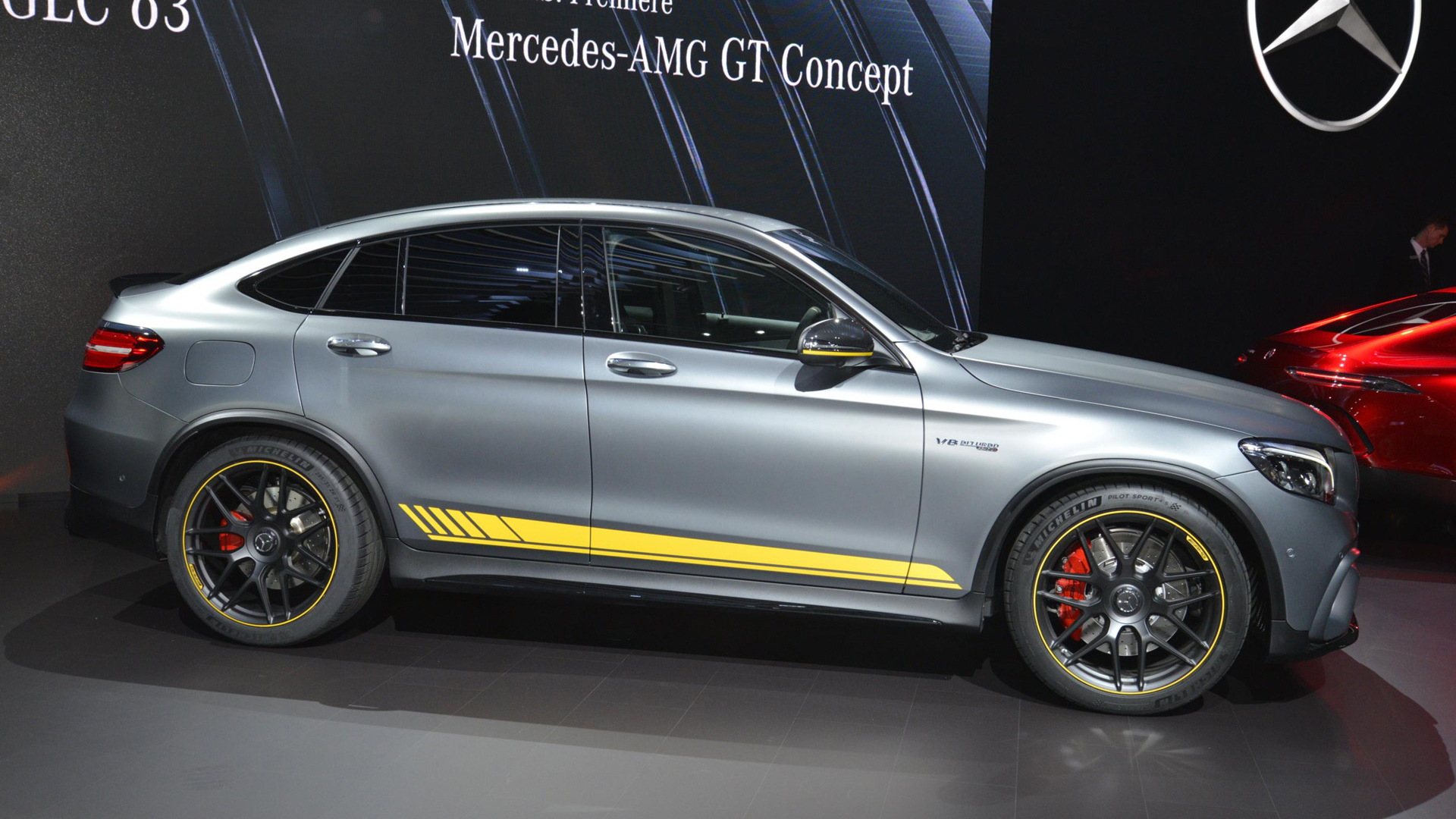 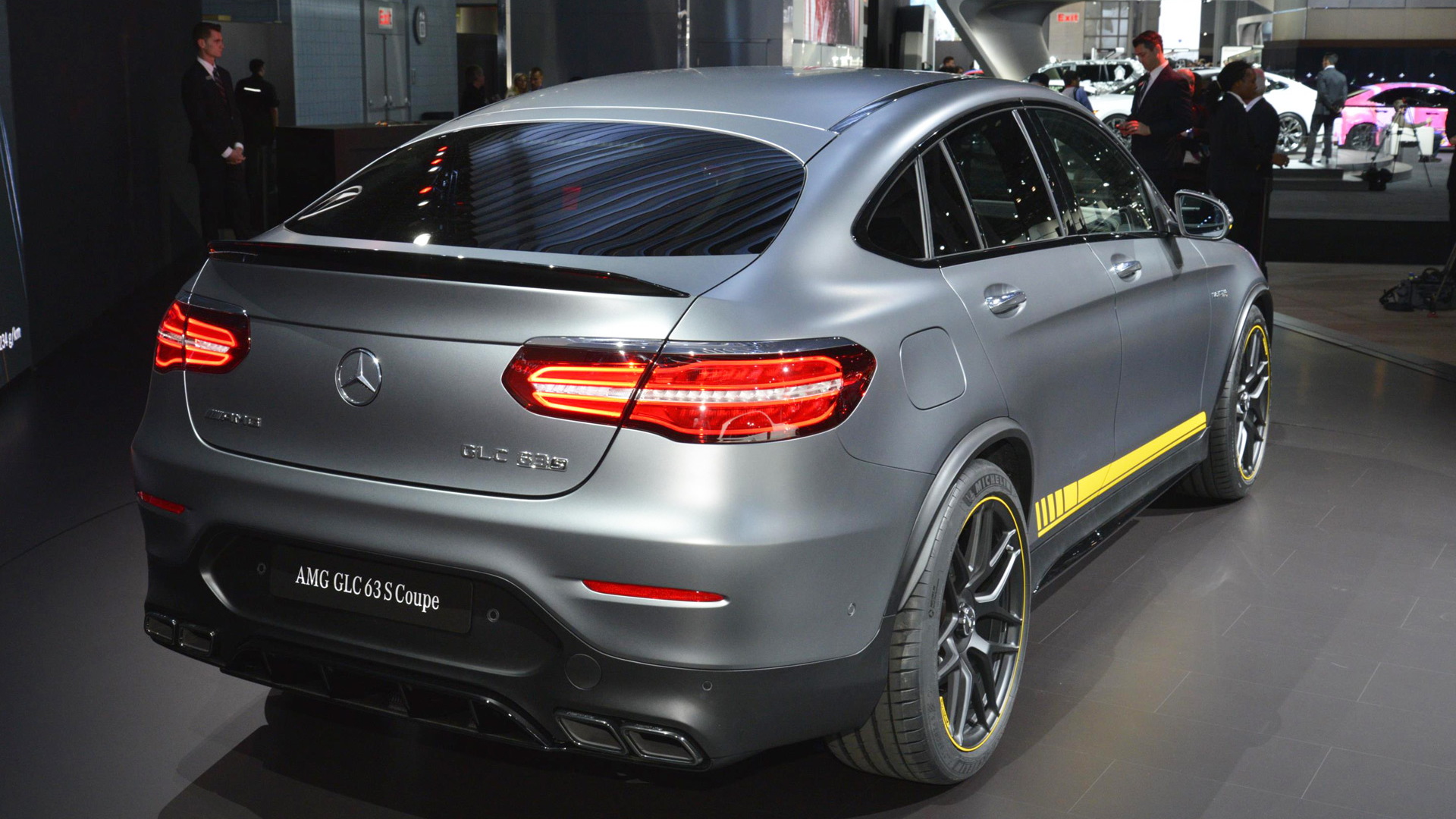 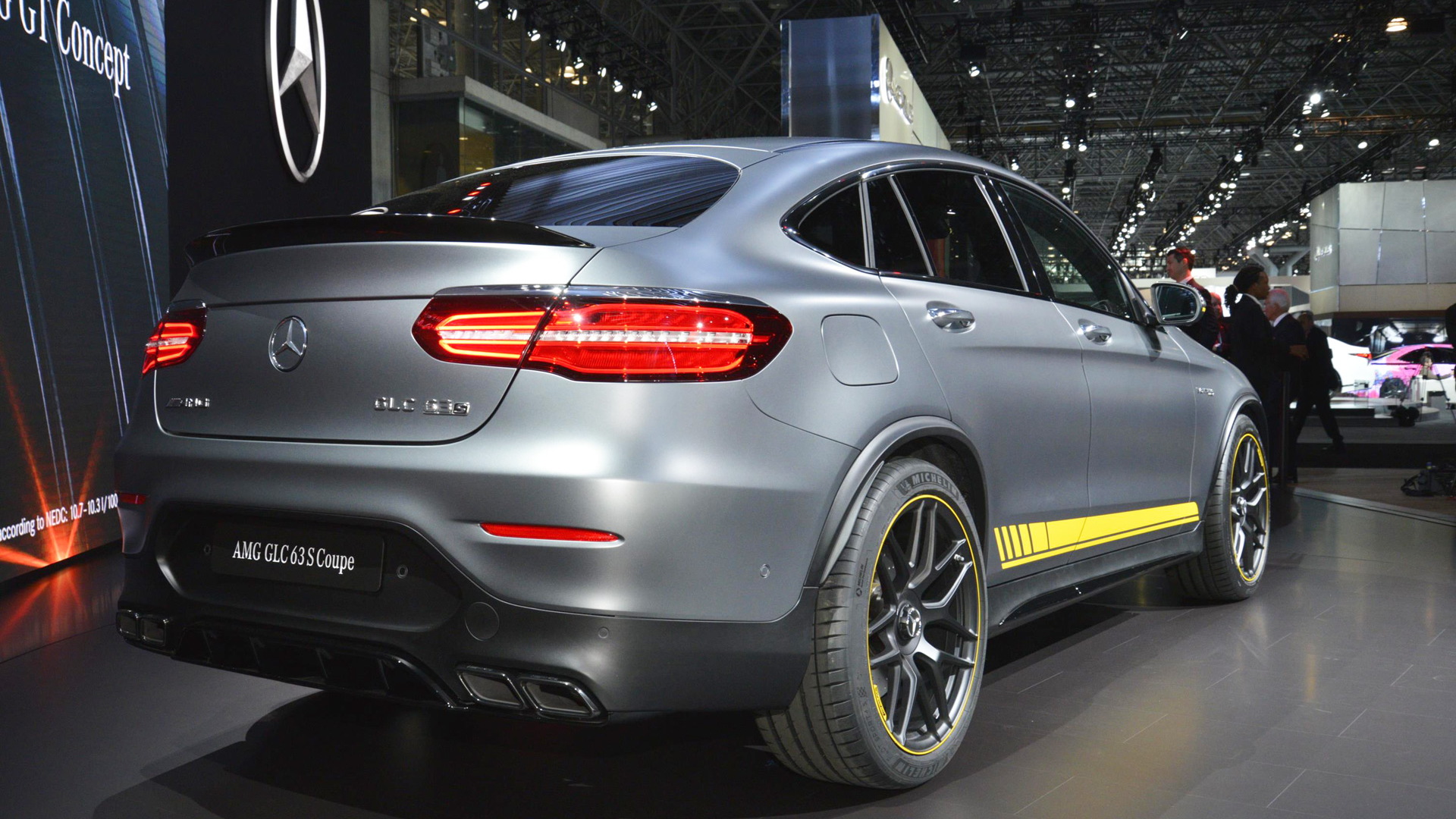 Performance SUVs appeal to a subset of people who are into naked base jumping, bear wrestling, and punching kangaroos. Mercedes-AMG doesn't mind those people skipping their meds—they prefer it—and has unveiled a salve at the New York auto show until the next big-game bare-knuckle boxing tournament. 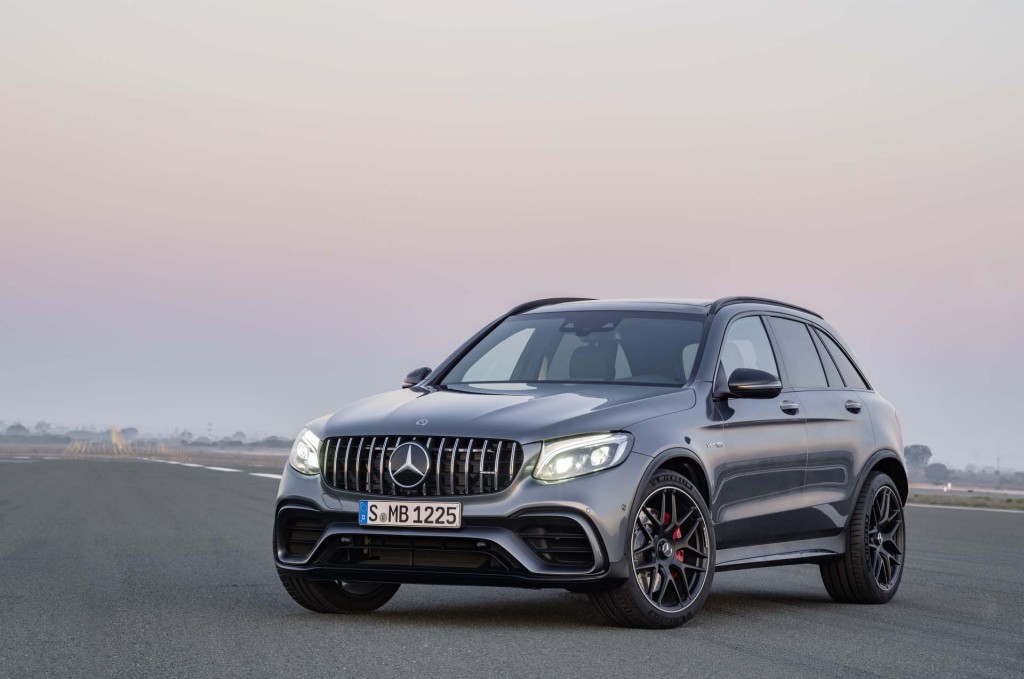 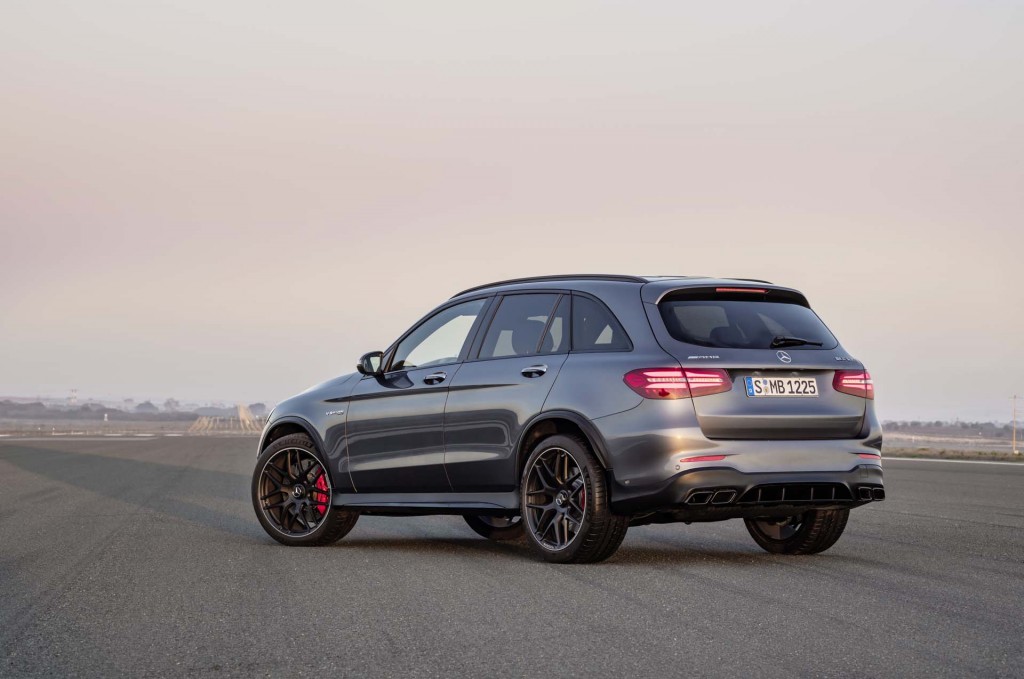 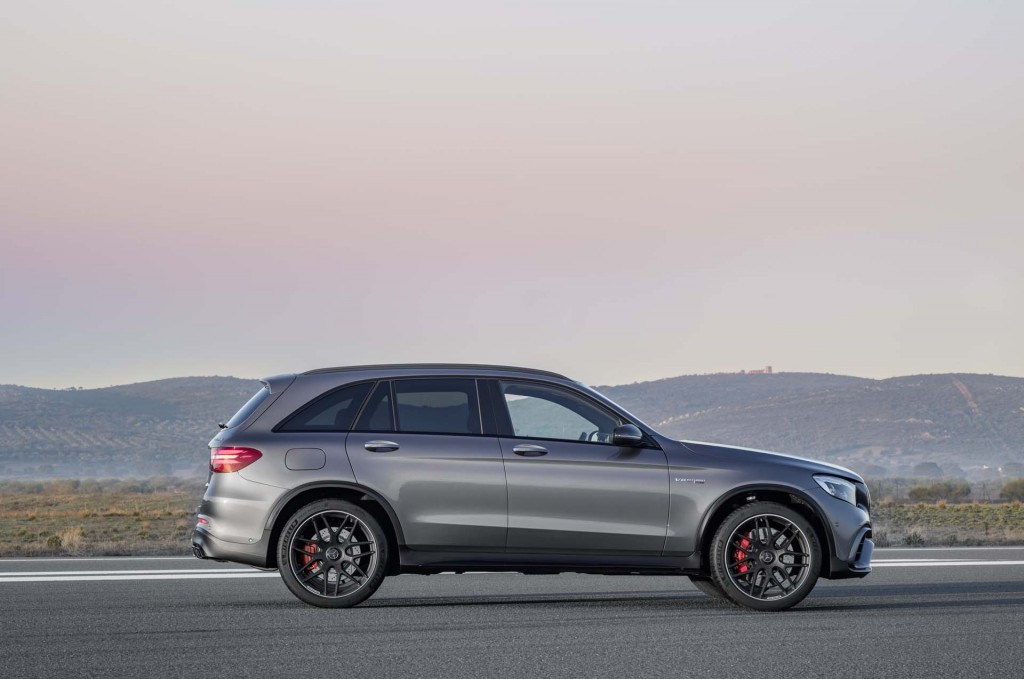 Regardless of body style or engine configuration, the GLC63 will get standard all-wheel drive, which Mercedes calls "4Matic," and a 9-speed automatic that's used widely across the AMG range. According to the automaker, the GLC63 will hit 60 mph in 3.9 seconds, while the GLC63 S does the deed in 3.7 seconds.

When they go on sale early next year, the GLC63 will feature performance upgrades that will help manage its prolific speed.

First, the GLC63 gets AMG's multi-chamber adaptive air suspension as standard; it toggles among Comfort, Sport, Sport+, and Race settings. The front axles keep the same four-link setup with AMG-specific knuckles and tuning to tame torque-steer from the high-po V-8. The rear axles on the GLC63 come from the E63 S sedan and feature a wider track to handle the 20-inch, 255-millimeter wide tires in back (295-millimeters wide for GLC63 S models). A standard limited-slip differential handles power along the back axle; the GLC63 gets a mechanical differential, while the GLC63 S upgrades to an electronic limited-slip differential.

Visually, the GLC63 separates itself from the rest of the AMG SUV range with the automaker's Panamericana grille, which is lifted from the AMG GT. A wider rear bumper is stretched around the quad-tipped tailpipes and rear diffuser, and a hatch-mounted lip spoiler makes all the downforce.

The GLC63 Coupe shown in New York has the Edition One treatment that Mercedes-AMG has been applying to new models of late. It includes the yellow striping package with yellow highlights on the wheels, as well as an aero package with black front and rear spoilers and side sills. We spoke to Mercedes reps and they are unsure if the Edition One package will be offered in the U.S.

Inside, the usual AMG upgrades include leatherette and microfiber buckets up front, with a leatherette instrument panel and upper dash, and aluminum trim with carbon fiber accents. The application of carbon fiber in a 2-ton SUV is just our kind of channeled dementia. 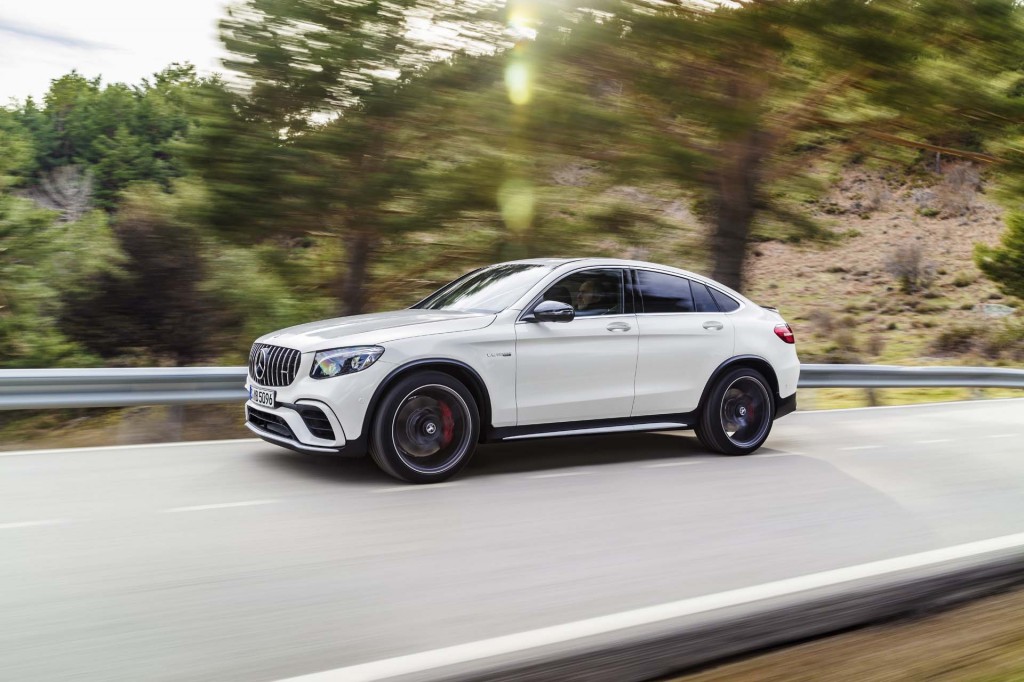 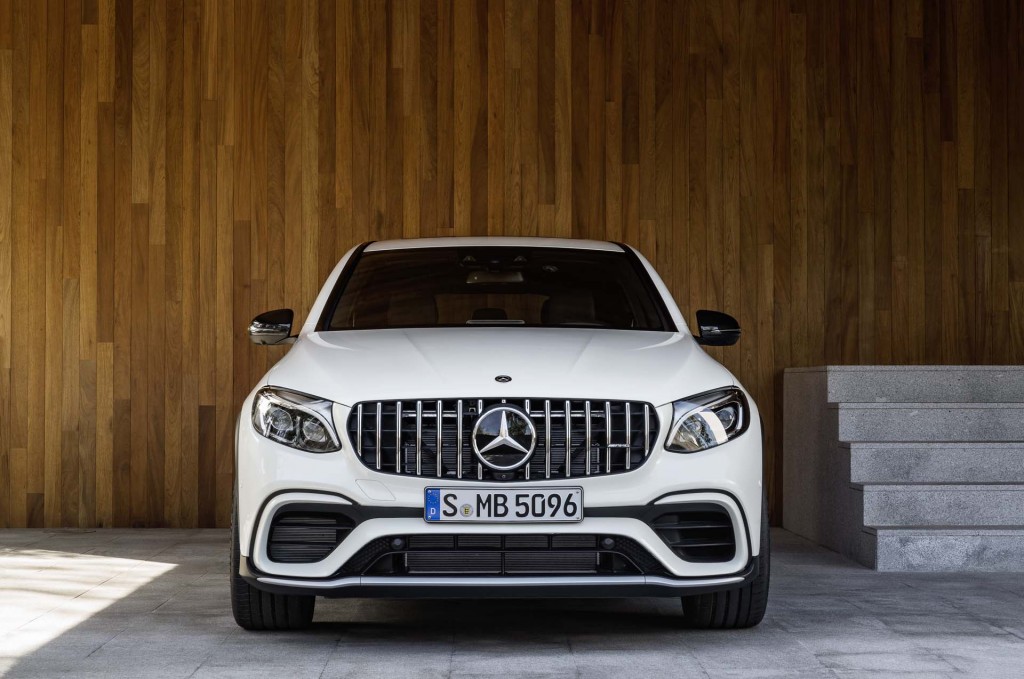 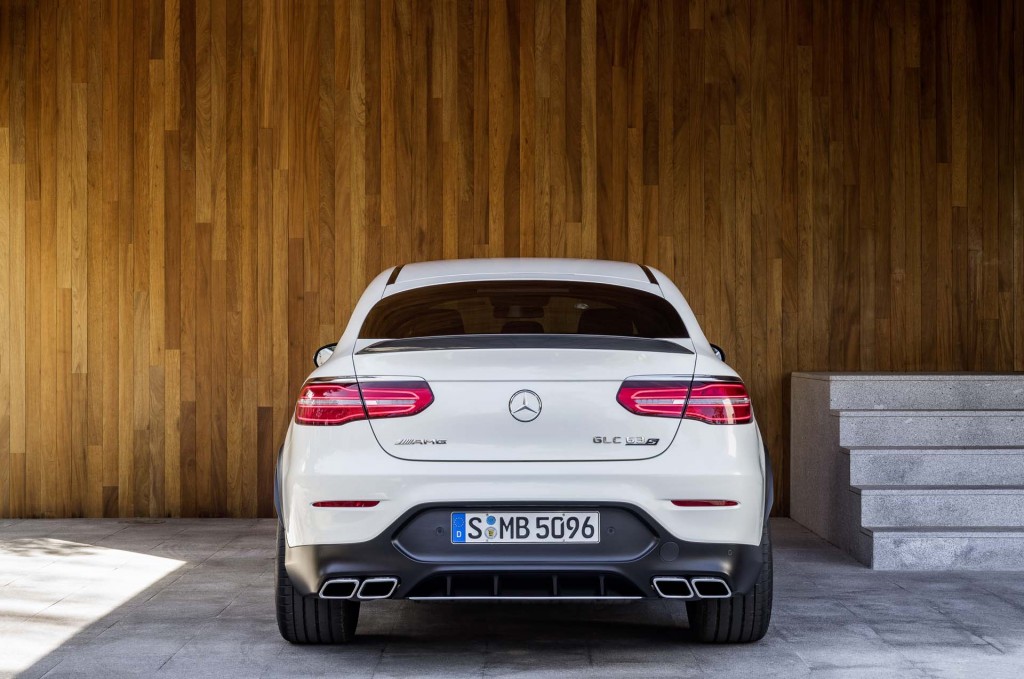 Upgrades for the GLC63 include deeper AMG buckets with nappa leather, a Night appearance package, 21-inch wheels, and a selectable active exhaust that will likely terrify neighbors. (All models come with an automatically adjusting exhaust flap, but you have to pay more to do it yourself.)

The GLC63 will compete against the Porsche Macan Turbo for now, but we expect that other contenders will emerge fast and thick. Already we know BMW is prepping a X3 M, Jaguar is working on an F-Pace SVR, and Audi is considering an RS Q5.

Mercedes-AMG hasn't yet announced pricing for the GLC63, but we should know more before it arrives next year.

In addition to New York, both GLC63 models will appear at the Shanghai auto show next week where Mercedes will also present the updated 2018 S-Class. To learn about the other vehicles appearing at the New York auto show, head to our dedicated hub.