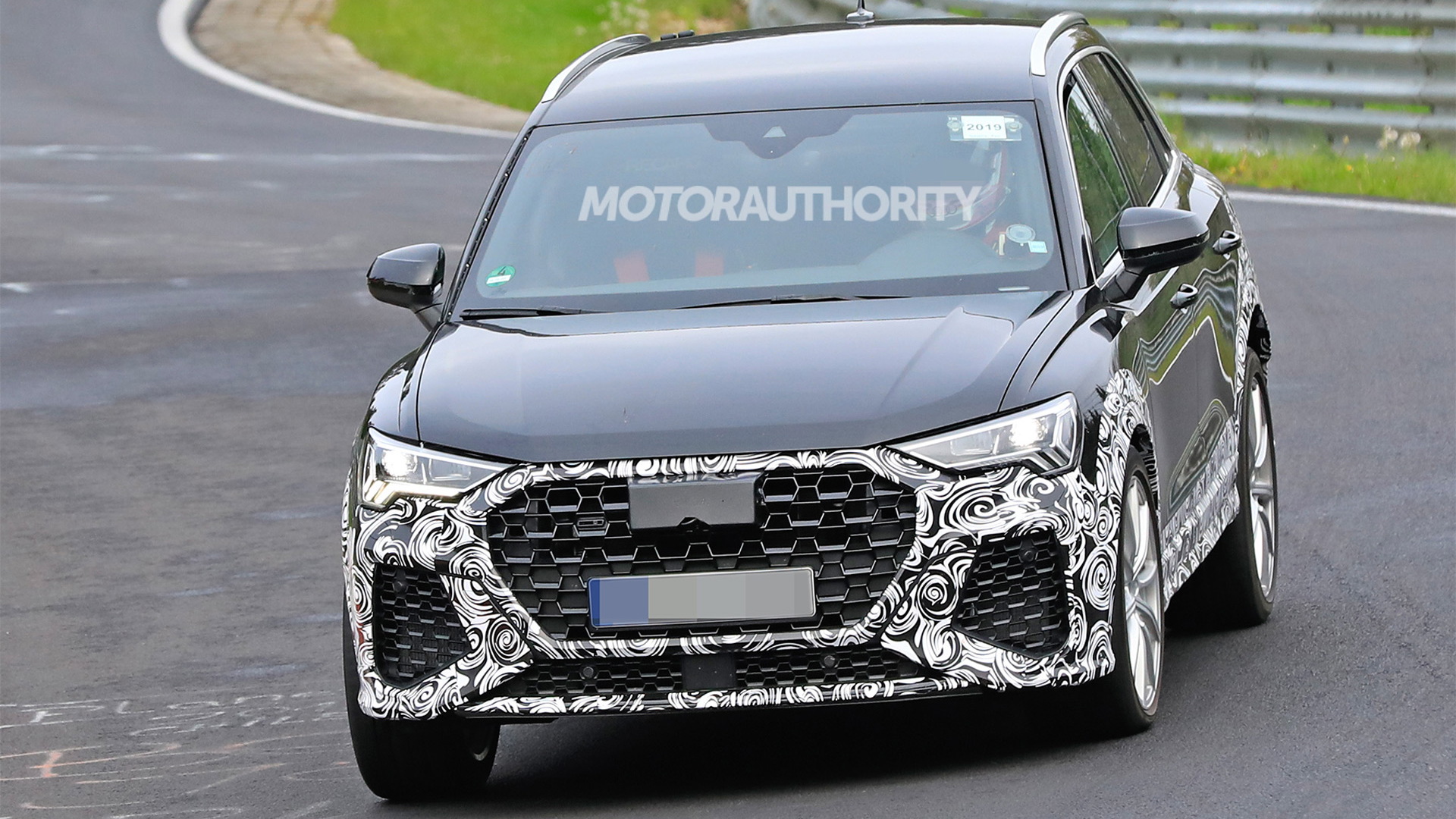 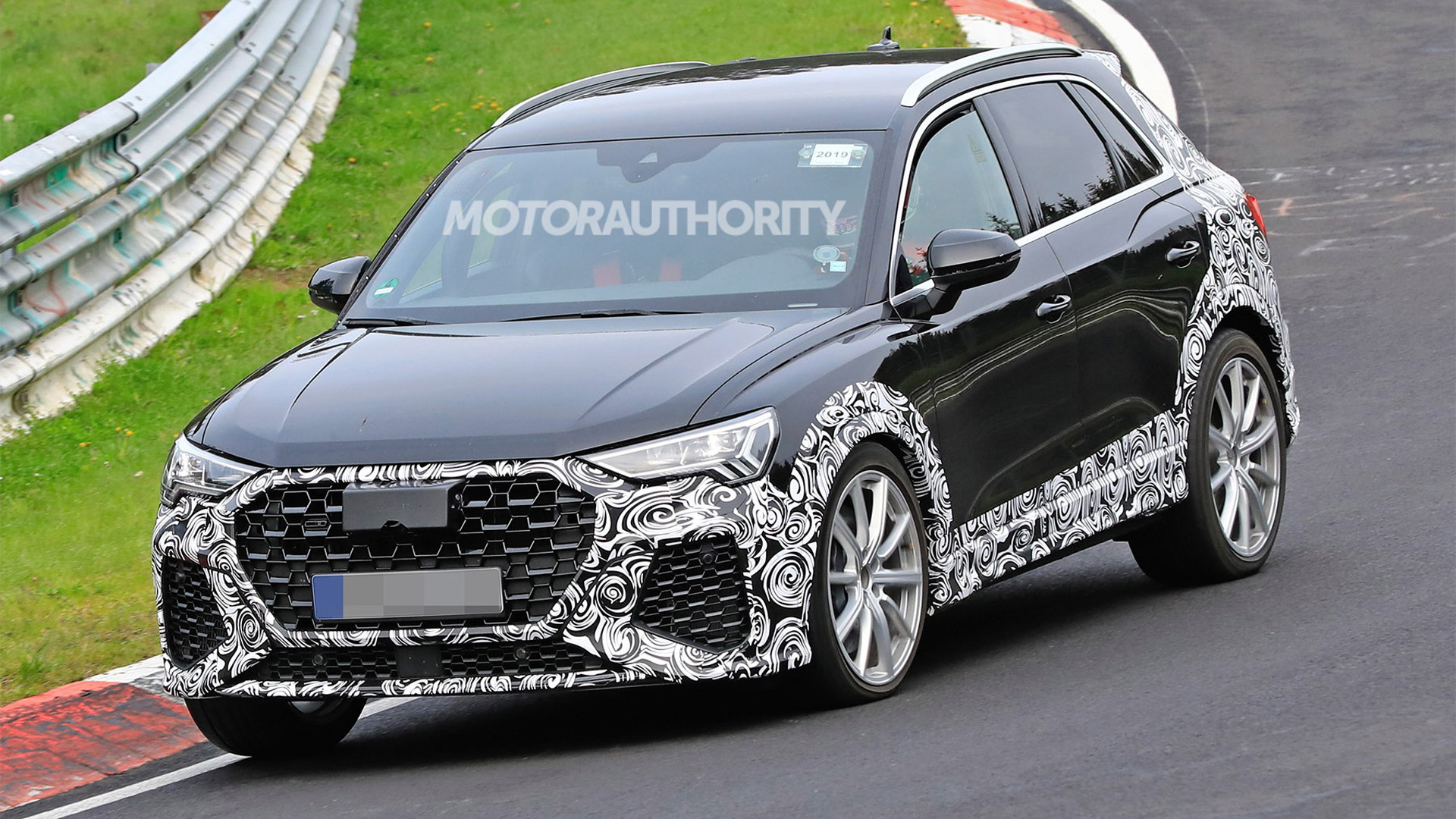 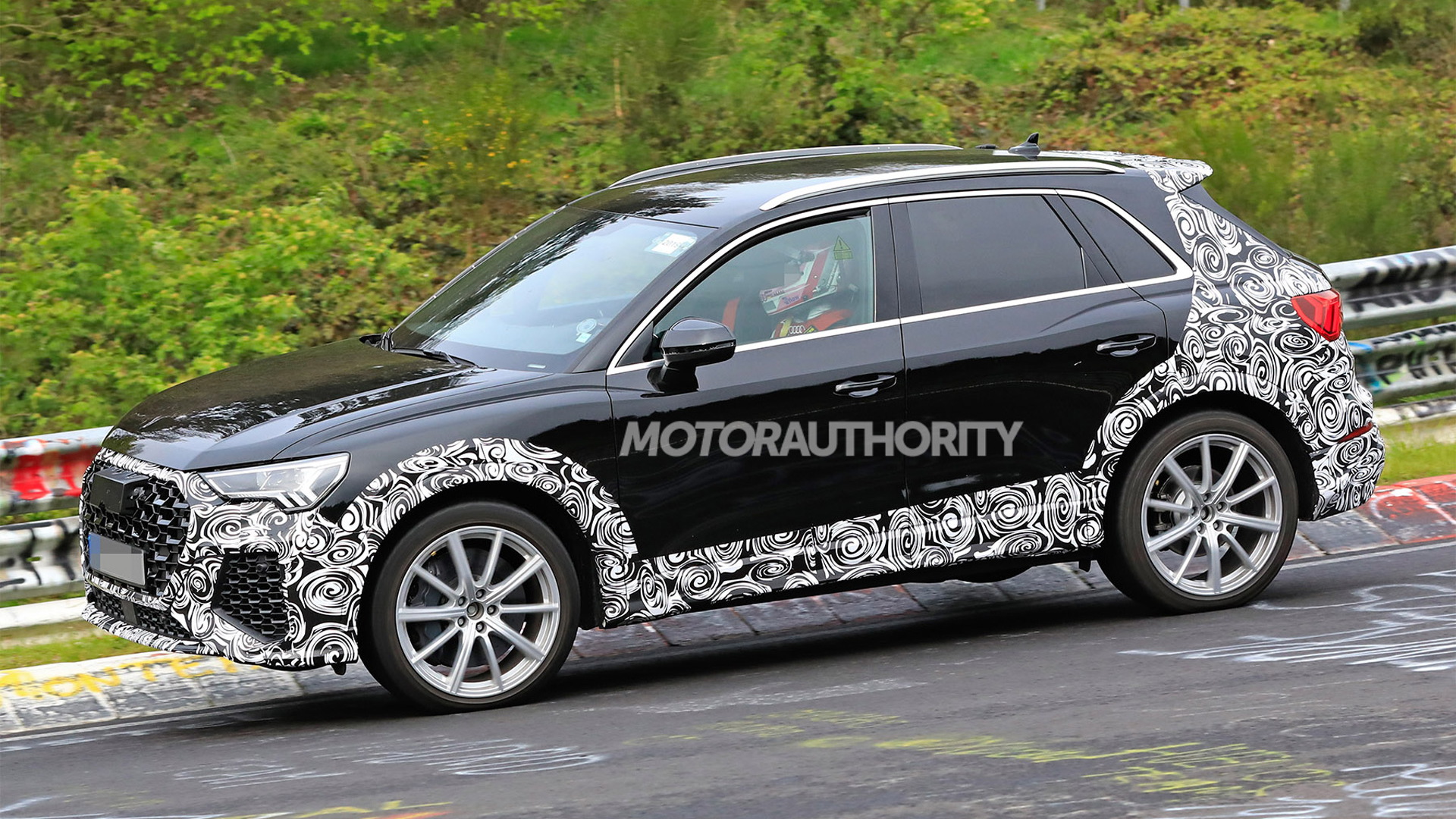 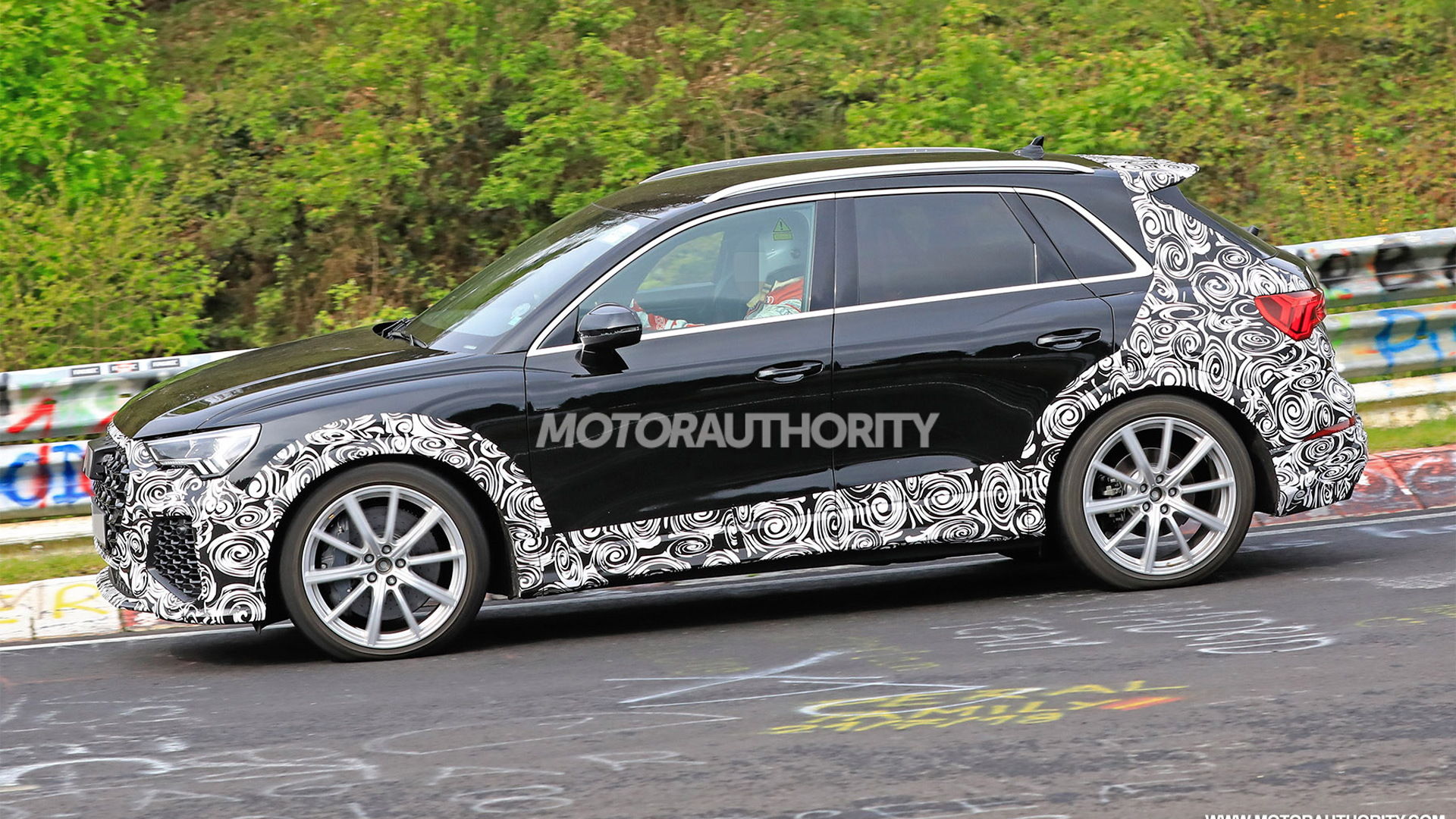 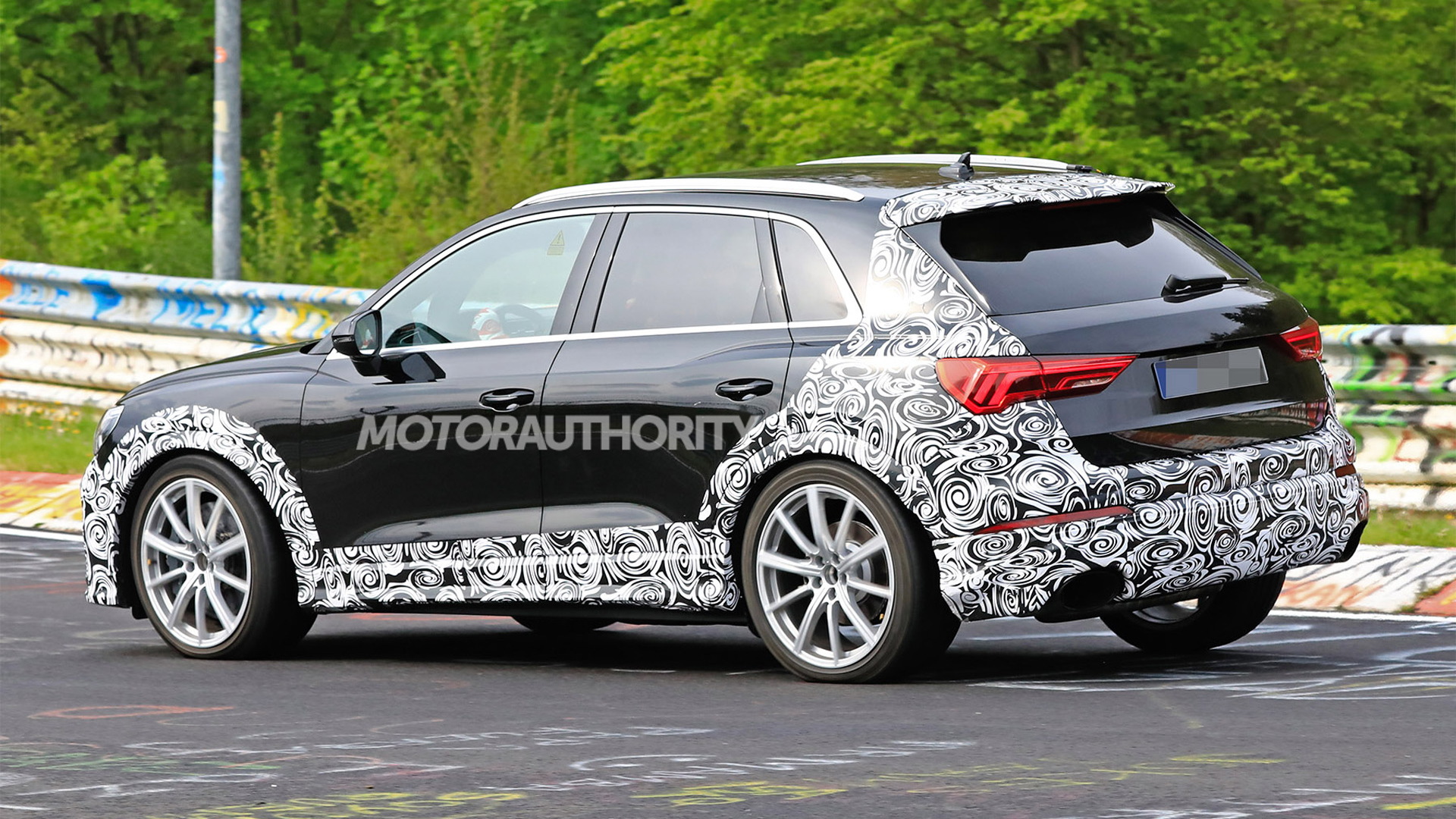 Audi has just introduced a new generation of its Q3 for 2019 and today we have new spy shots and video of a prototype for the high-performance RS Q3 version from the Audi Sport division.

Previously thought to be a tester for a new SQ3 variant, our sources have confirmed that this is in fact a future RS Q3. It means Audi will likely go straight from the regular Q3 to the RS Q3, as was the case with the previous generation.

We know the prototype is for the RS variant because of the exhaust tips; RS cars typically feature a pair of fat oval-shaped exhausts like those shown here. The prototype also sports lowered suspension, chunky brake discs at the front, and an aggressive front fascia.

The powertrain certainly sounds like the 2.5-liter turbocharged inline-5 fitted to the RS 3 (you'll also notice an RS 3 being used as a benchmark in some of the shots). The engine delivers a stout 400 horsepower and 354 pound-feet of torque in the RS 3 and we can expect something similar for the RS Q3. Look for 0-60 mph acceleration to come in under 5.0 seconds.

The previous RS Q3, which was never offered in the United States, has 340 hp in standard form and 367 hp in Performance guise, so this new one should be noticeably quicker. It will need all the performance it can muster as we hear that Mercedes-AMG's next 45-series will have over 400 hp.

The new Q3 is due in showrooms later this year as a 2019 model. Expect the RS Q3 to trail it by six months to a year, followed by a more coupe-like variant dubbed the RS Q3 Sportback. Also in the works is a larger RS Q8.