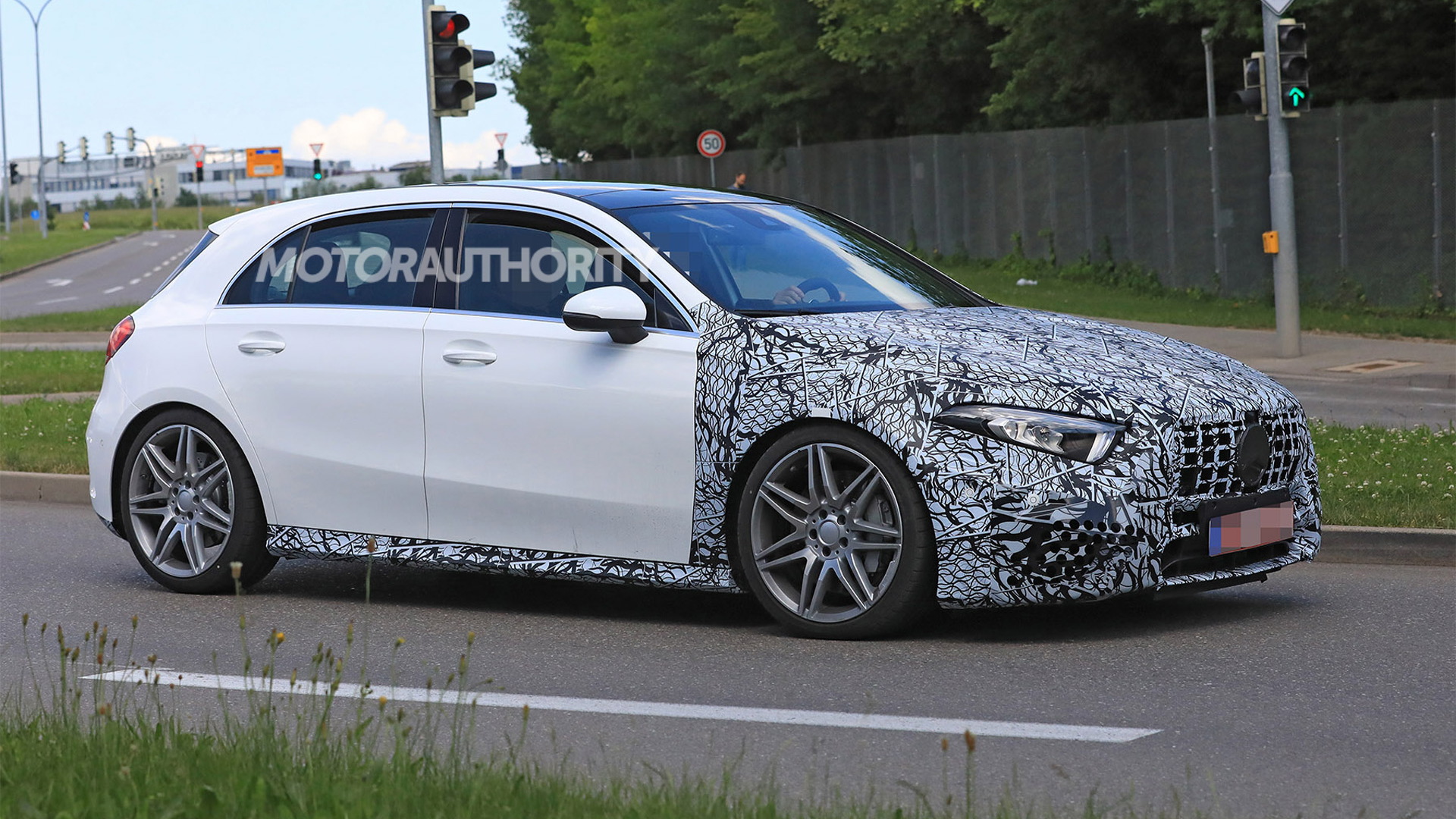 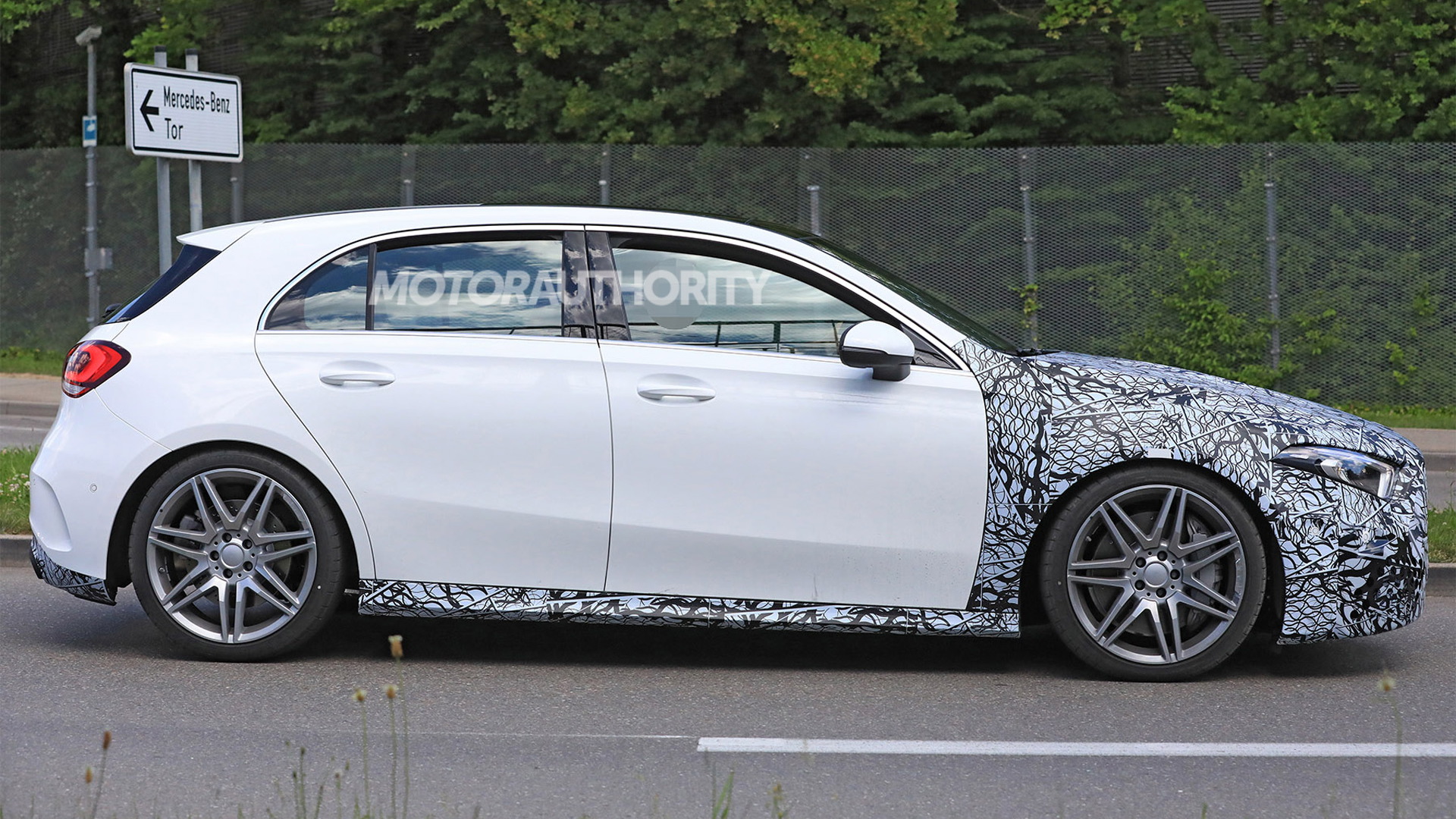 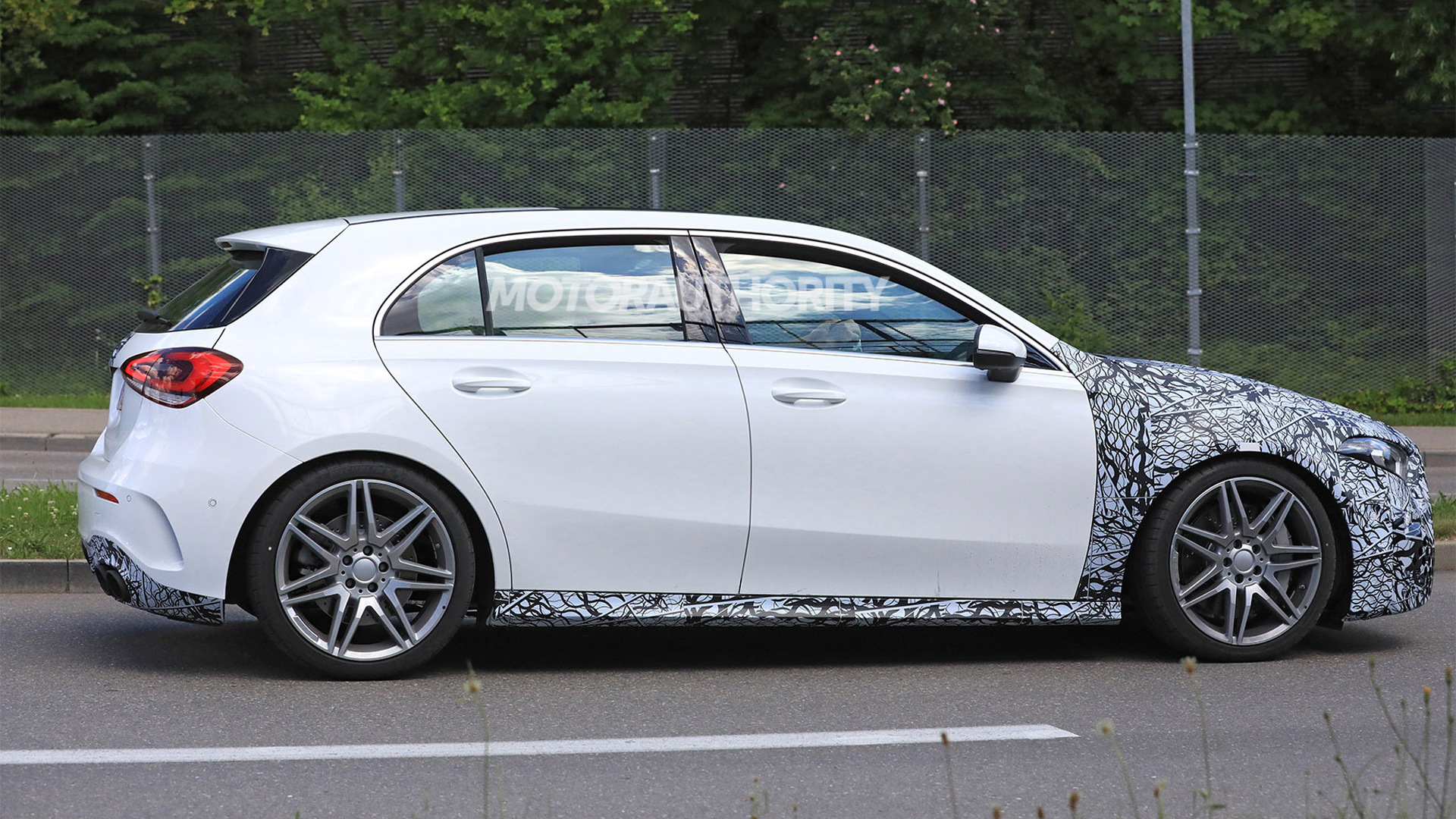 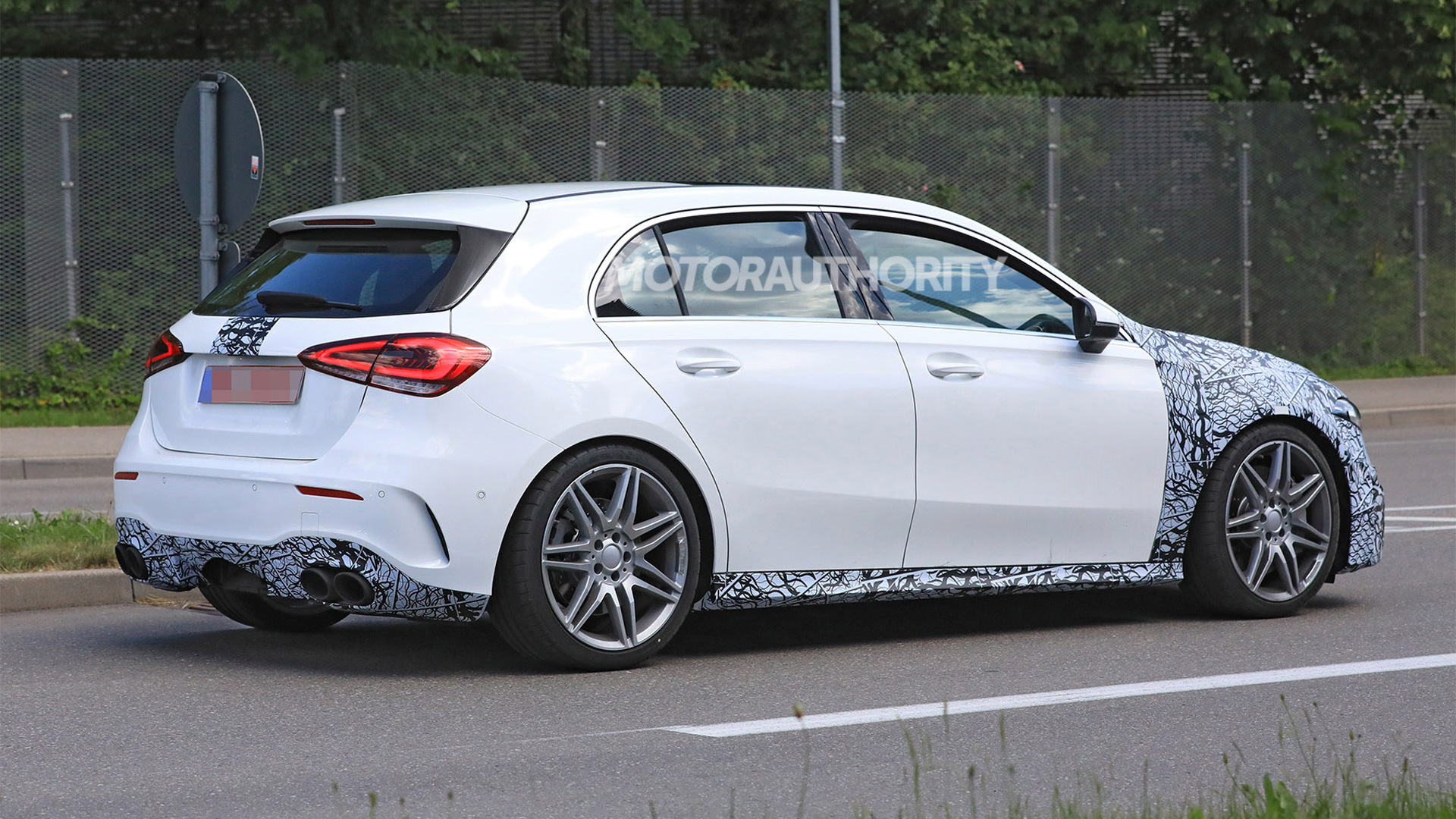 The leaky faucet that is the internet may have spoiled yet another surprise. A German insurance website lists the Mercedes-AMG A45 and A45 S as future models and supplies power figures to boot.

The insurer, HUK24, names both models on its website for future insurance policies, which Motor1 first reported on Wednesday. The nomenclature shown appears to back up rumors that the AMG-tuned A-Class will arrive in standard A45 and hotter A45 S variants. The latter will make more than 400 horsepower, according to comments from AMG boss Tobias Moers last October.

The insurers' listing claims the A45 S will prodcue 416 hp, while the standard A45 will make do with 382 hp. The current A45 spins out a healthy 375 hp, so the power bump appears to be small for the base version of the 2.0-liter turbo-4 and rather sizable for the S variant.

Mercedes-AMG A45 horsepower figures from HUK24

Mercedes-AMG A45 horsepower figures from HUK24

Despite giving up 73 hp, the A35 still manages to close in on the current A45's performance credentials with a 0-62 mph time of 4.7 seconds. The current A45 makes that dash in 4.2 seconds. Both future A45 variants should be absolutely wild considering what the milder A35 accomplishes.

It's unclear when exactly we'll see the hot hatchbacks, though the A45 models may be shown in March at the 2019 Geneva Motor Show. We do know one thing for certain: Americans will make do with the sedan versions, rather than the hatchbacks.