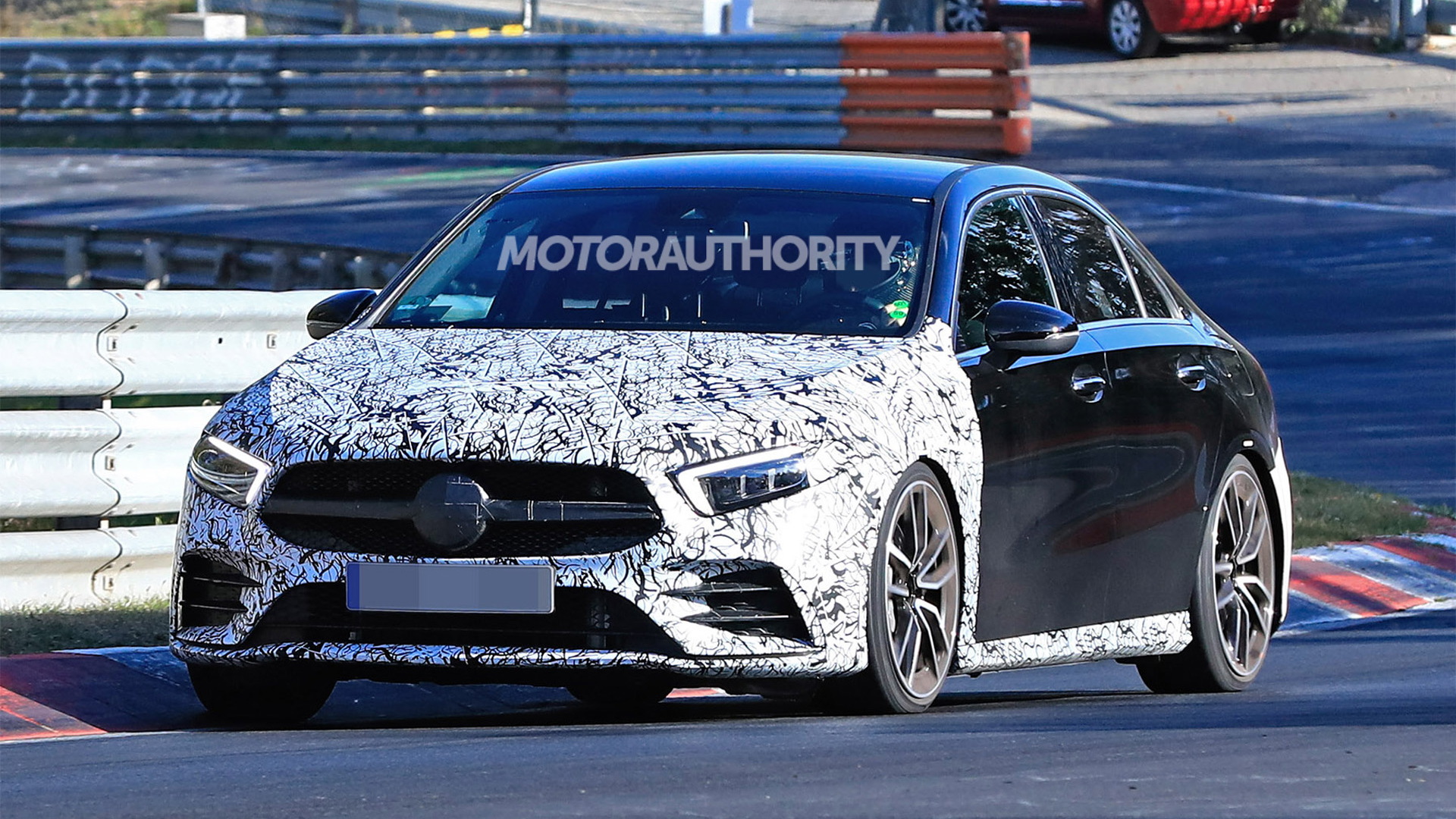 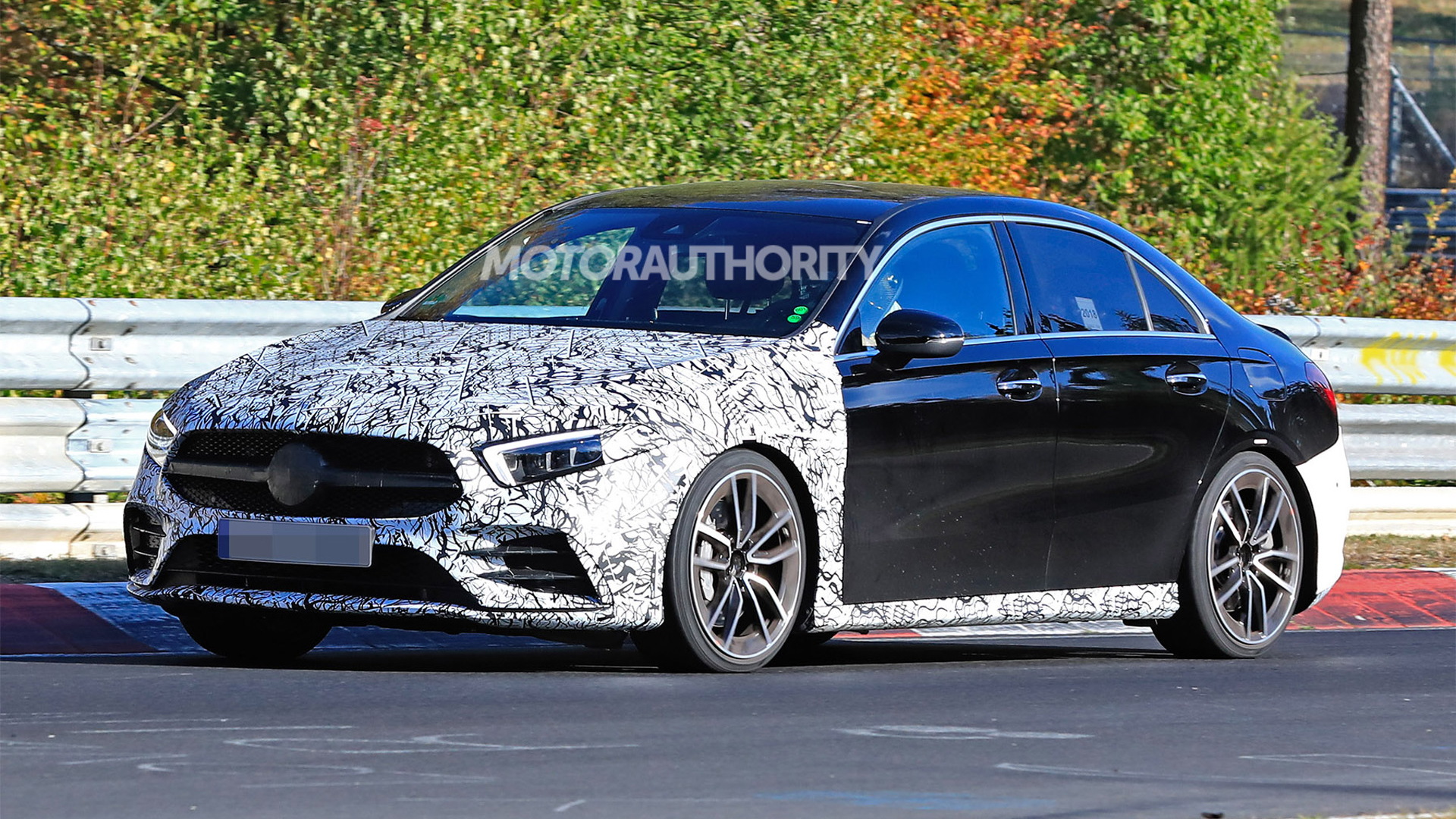 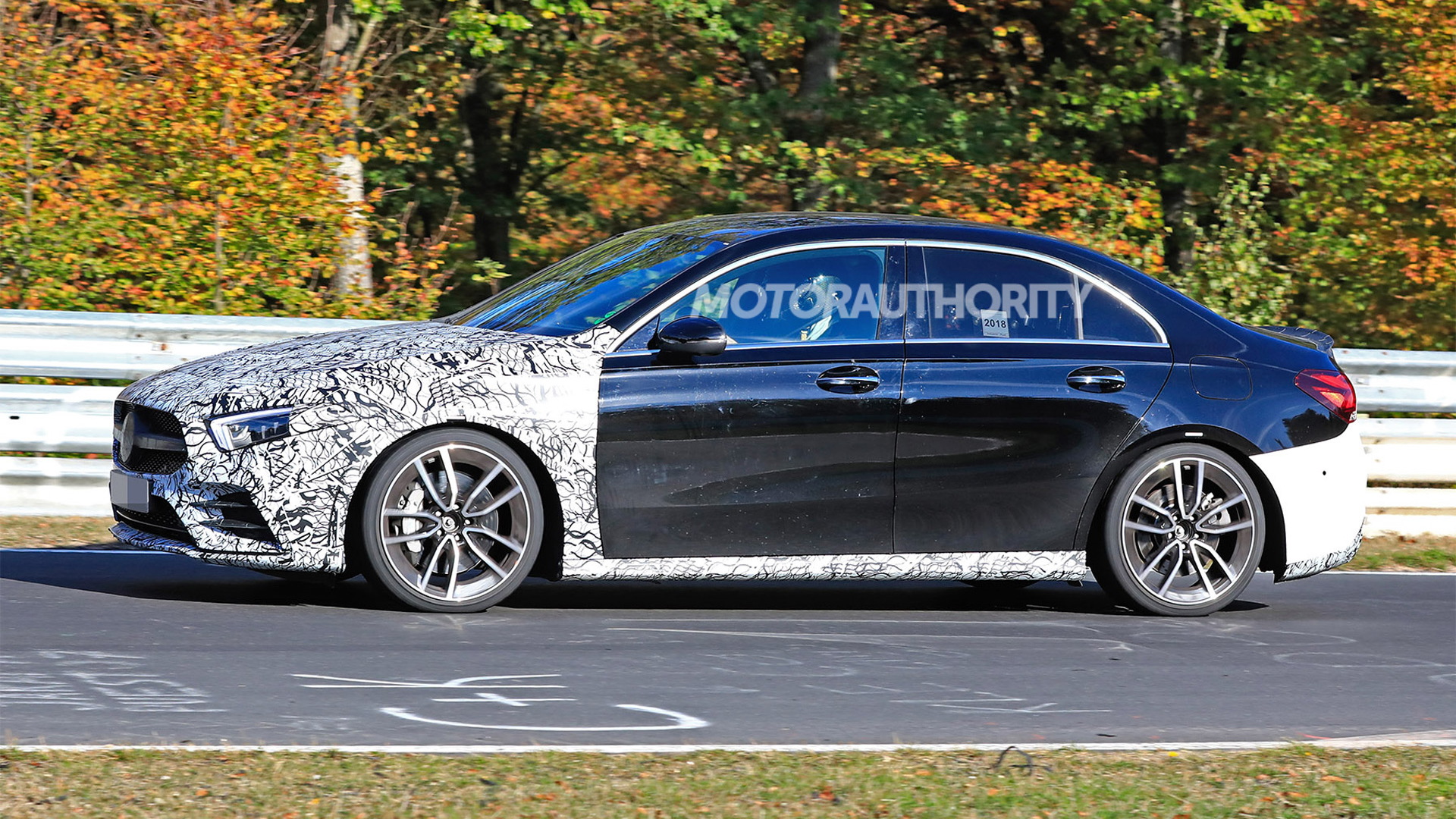 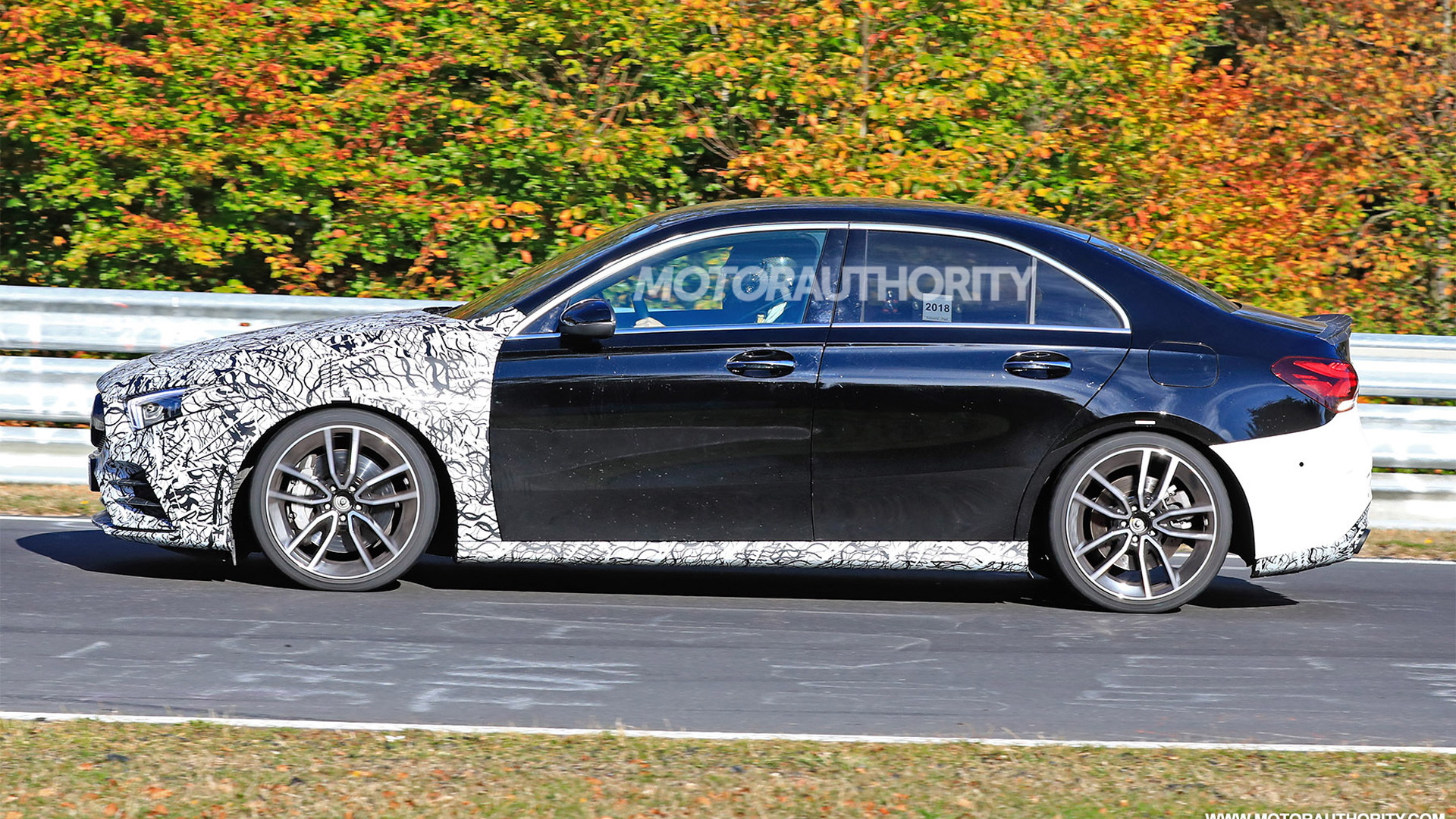 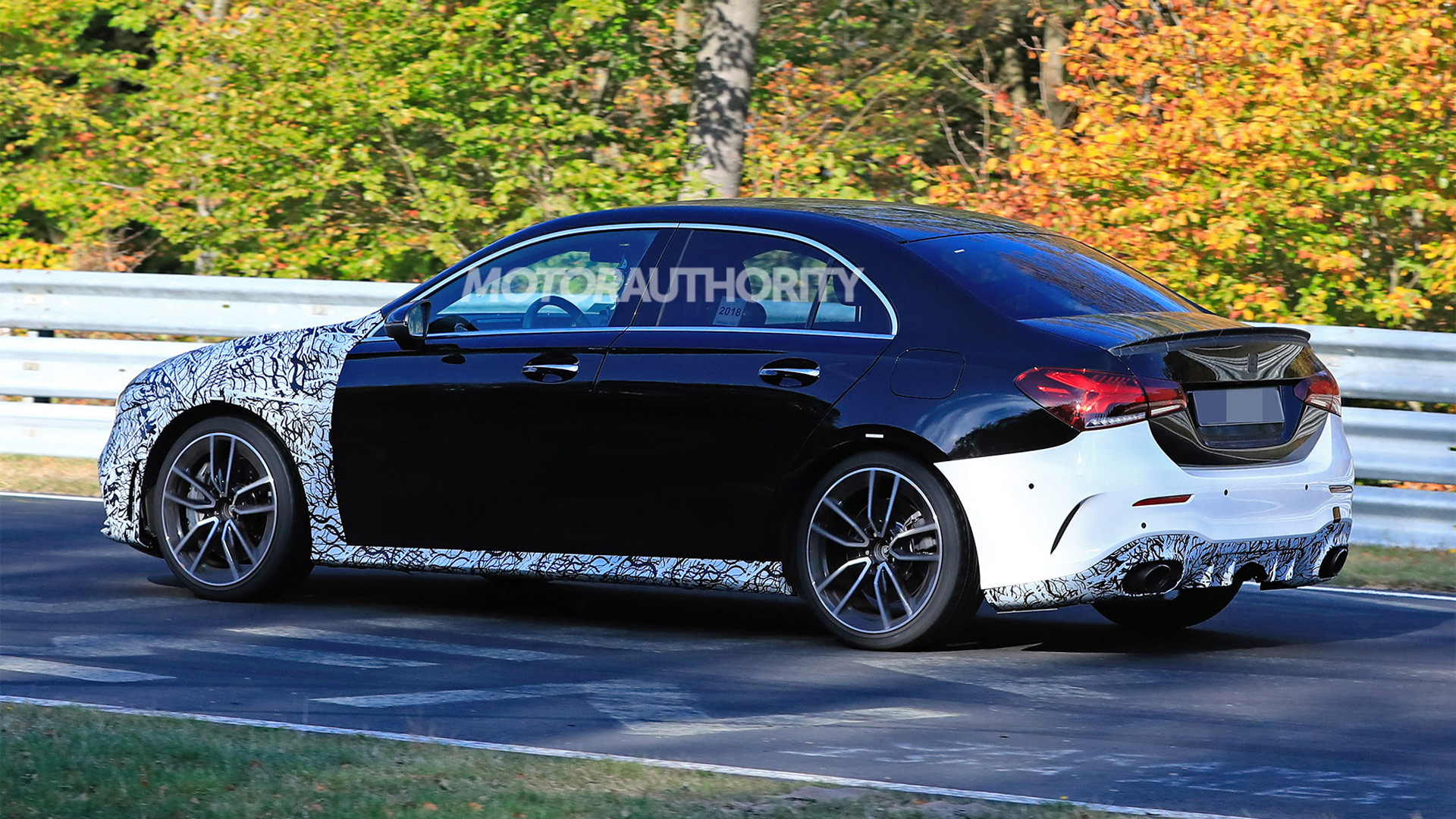 For its next generation of compact cars, AMG will offer two levels of performance, starting with the A-Class, which in the United States is available exclusively as a sedan but elsewhere also as a hatchback.

The two levels of performance will include direct replacements for the 45 series cars, plus a new crop of slightly tamer 35 series cars, the first of which is the A35 hatchback unveiled at the 2018 Paris auto show.

The prototype you see here is for the soon-to-be-revealed A35 sedan. The giveaways are the aggressive front fascia, uprated wheel and tire combo, and the circular exhaust tip design.

Like the A35 hatchback, the A35 sedan will feature a 2.0-liter turbocharged inline-4 making 302 horsepower and 295 pound-feet of torque. A seven-speed dual-clutch transmission and all-wheel drive will also be part of the package. This combination should result in 0-62 mph acceleration in 4.7 seconds.

Beyond the power boost, the A35 sedan should also benefit from increased body rigidity and performance tuning of the transmission and all-wheel-drive system compared to the regular A-Class sedan on which it is based. Potential buyers can also look forward to available dampers and a new data logger for recording track performance.

Look for the A35 sedan to debut later this year, possibly in November at the 2018 Los Angeles auto show. A new CLA35 is also in the works and should debut in 2019.

As for the next 45 series cars, we hear they will come with eight-speed dual-clutch transmissions and over 400 hp (the outgoing 45 series cars come with 375 hp). There are also rumors that there will be both standard and extra spicy S variants, so AMG fans already spoiled for choice will have even more options to choose from.