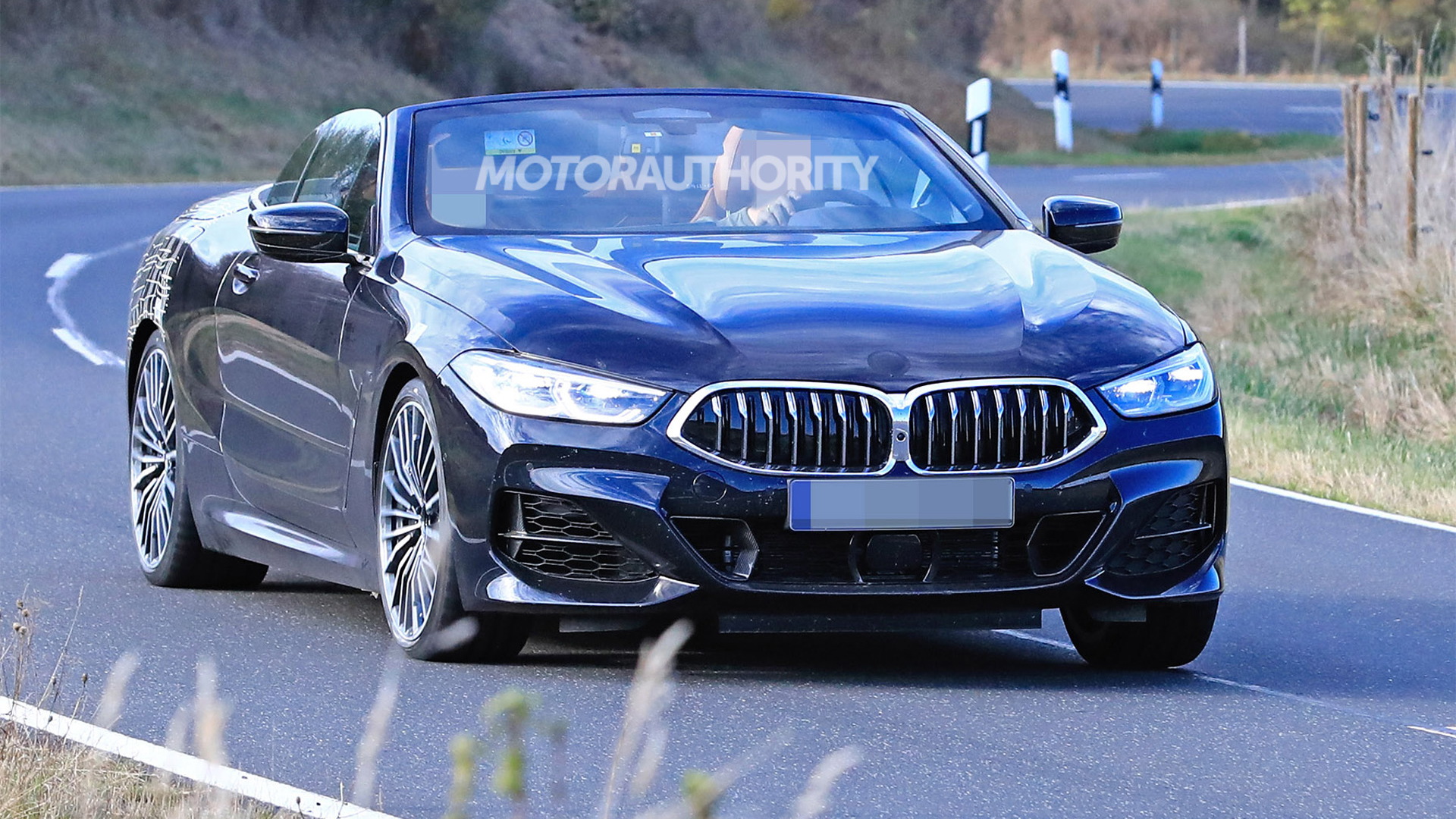 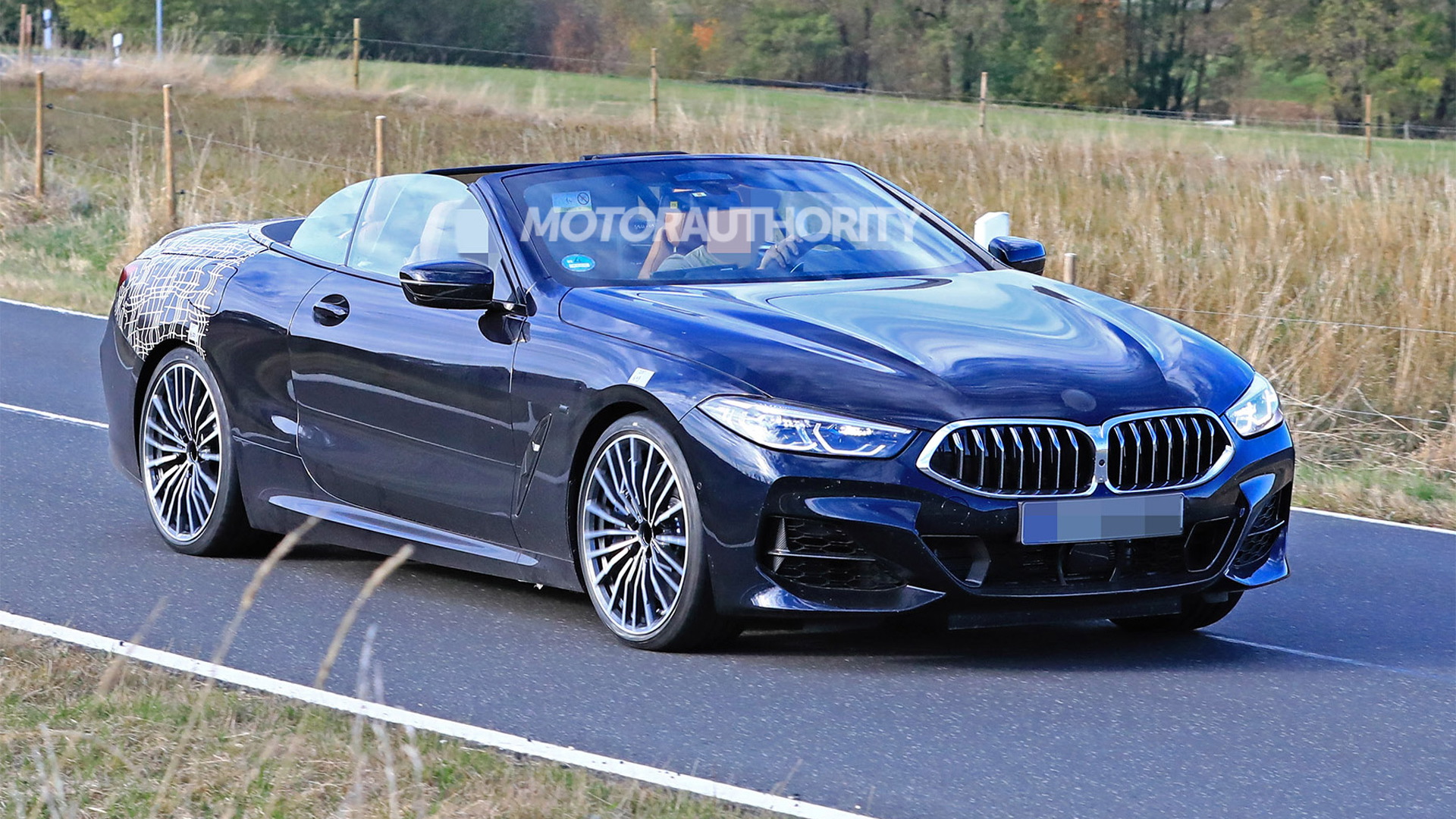 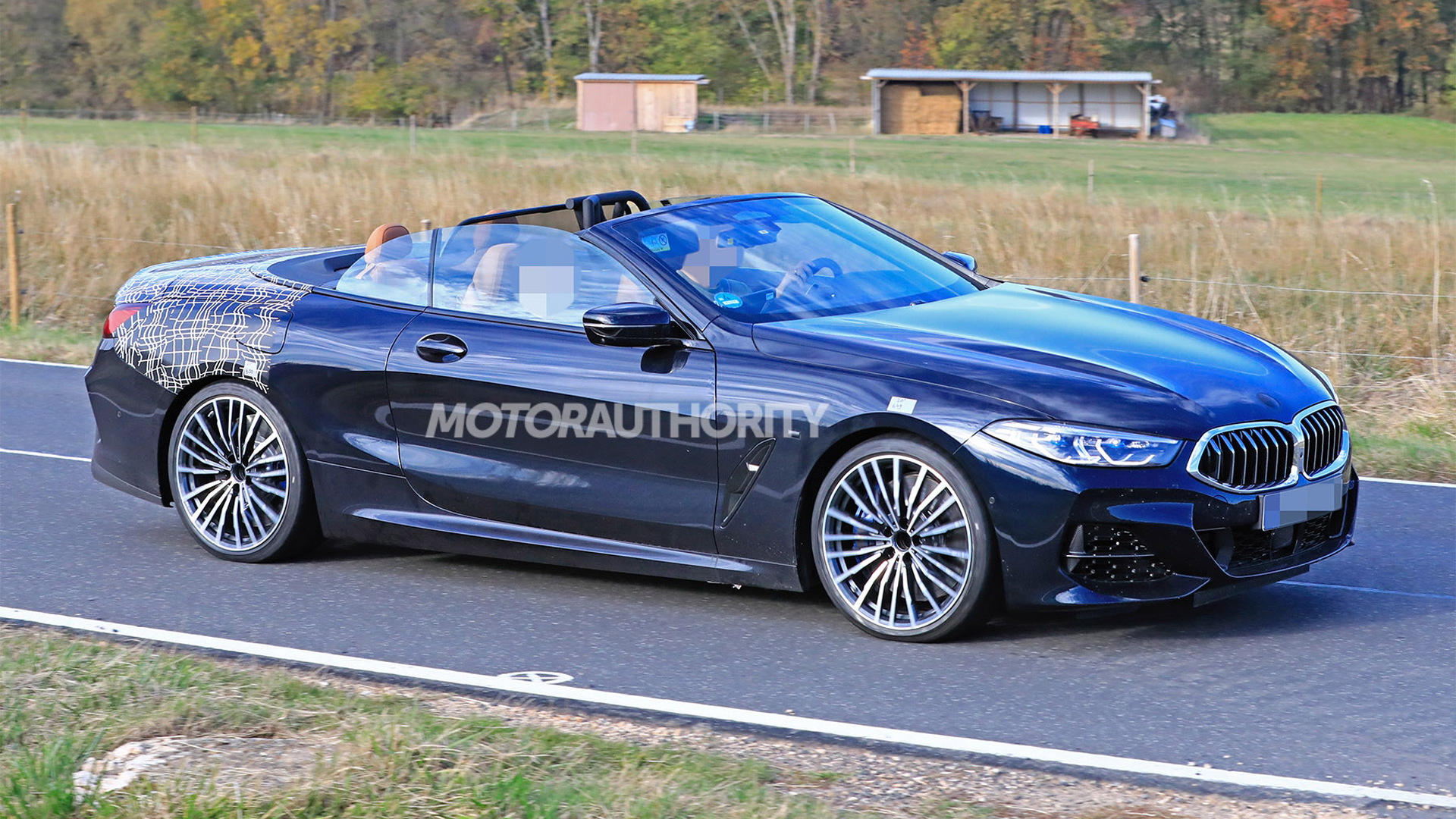 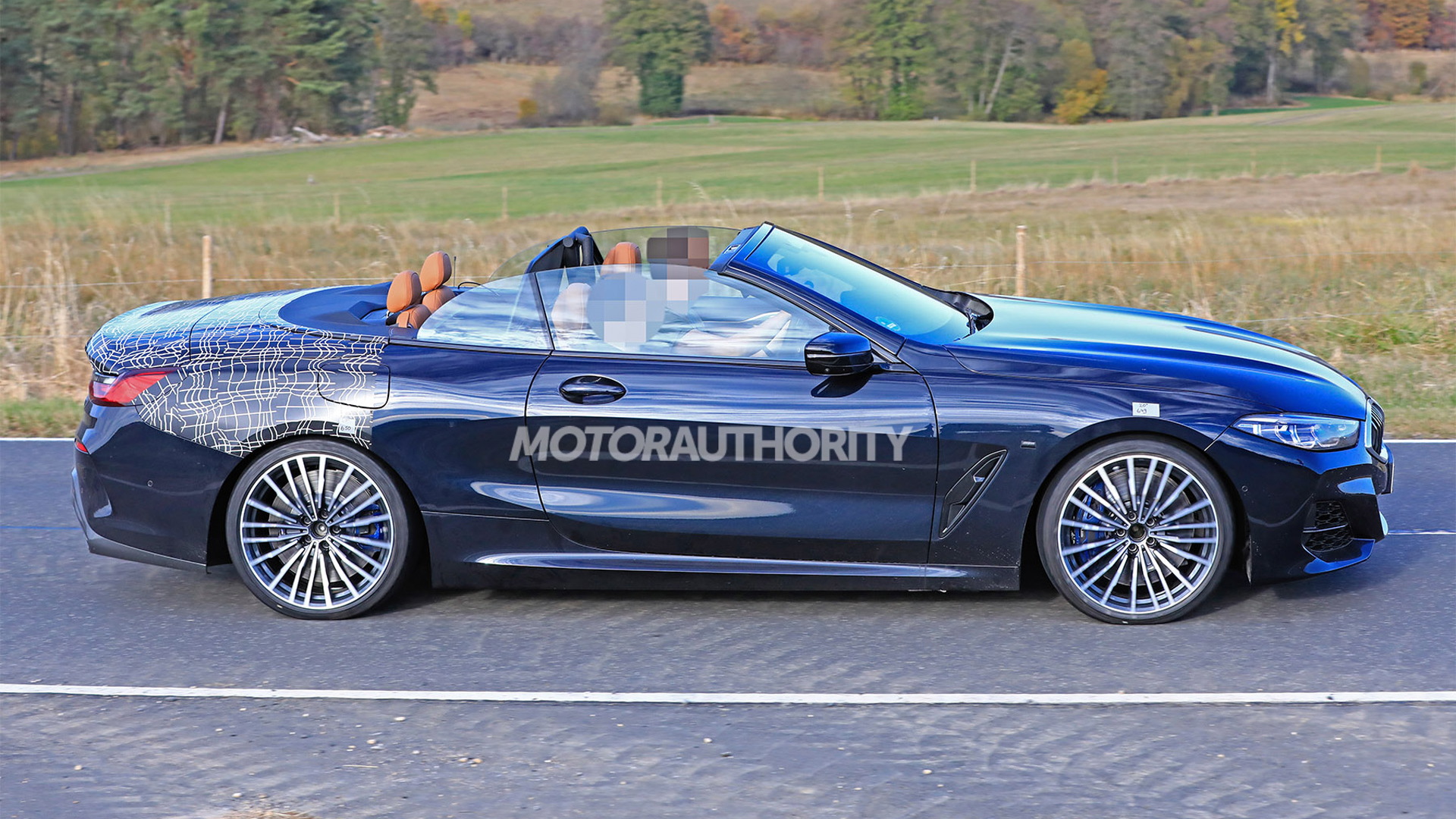 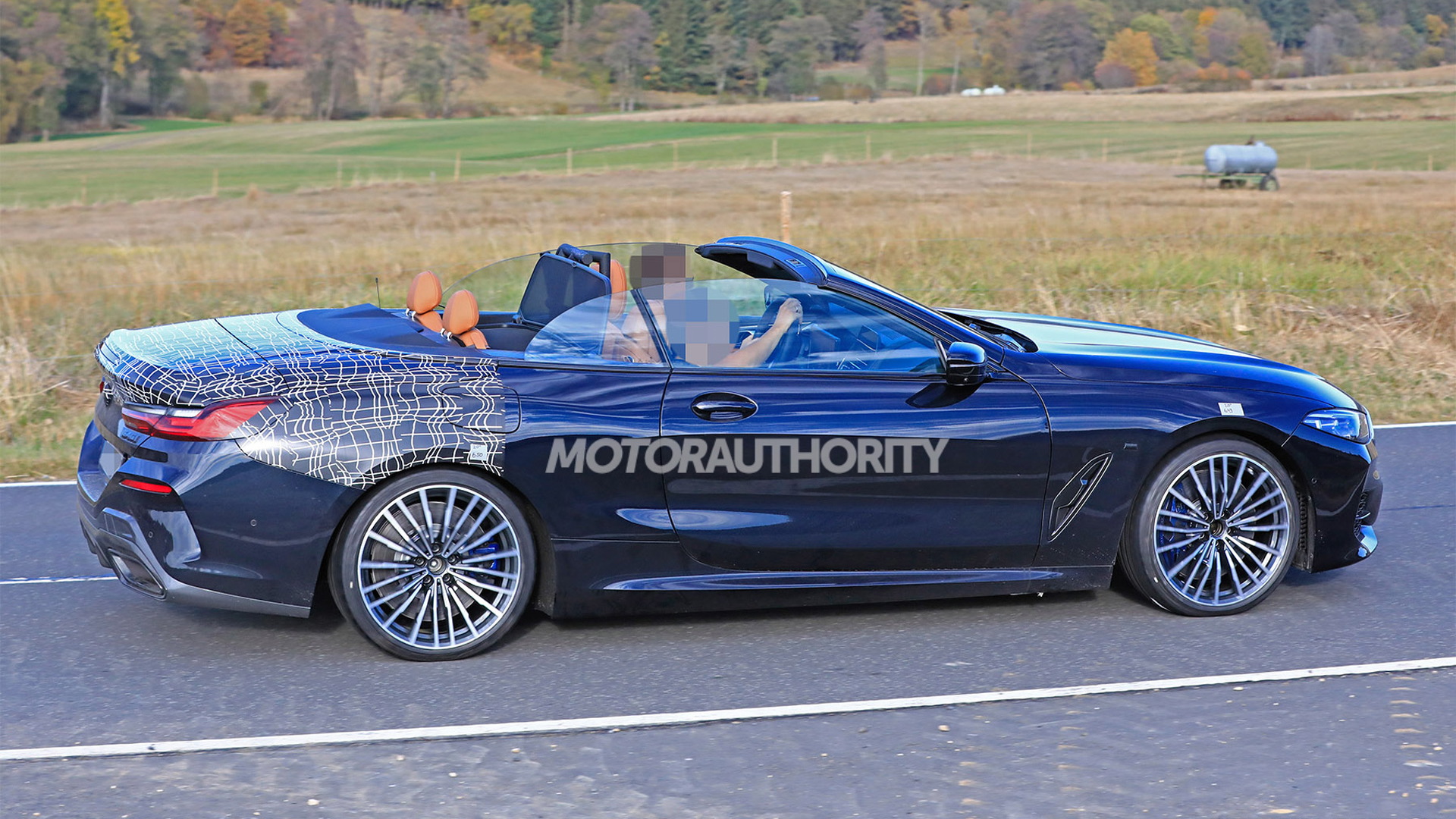 BMW's revived 8-Series coupe made an appearance in June at the 24 Hours of Le Mans, where a dedicated racing version competed in the prestigious race's GTE class for production-based cars. We'll see the new BMW flagship arrive in showrooms in December, initially in $112,895 M850i trim.

Soon, BMW will grace us with the convertible version of the car, a prototype for which has just been spotted. We'll remind you that the original 8-Series never spawned a convertible, although BMW did get around to building a prototype.

The latest spy shots reveal most of the details including the soft-top roof up and down. The soft-top not only preserves the silhouette of the coupe better than a retractable hardtop, but it should also help keep weight down.

Like the 8-Series coupe, the convertible rides on BMW's CLAR modular platform. It's unclear what engines we'll see power the convertible, but the M850i coupe's new twin-turbocharged 4.4-liter V-8 making 523 horsepower and 553 pound-feet of torque is almost certain. A tamer model with an inline-6 should be added eventually, and we also know a high-performance M8 Convertible is in the pipeline.

Production of the 8-Series range is taking place at BMW’s main plant in Dingolfing, Germany. While the coupe as mentioned is arriving in showrooms in December, the convertible will likely arrive next spring. Rivals include the Maserati GranTurismo Convertible and Mercedes-Benz S-Class Cabriolet.

Following the 8-Series Convertible, there's still more to come as BMW also has an 8-Series Gran Coupe on the way. The sedan variant is due out next year.