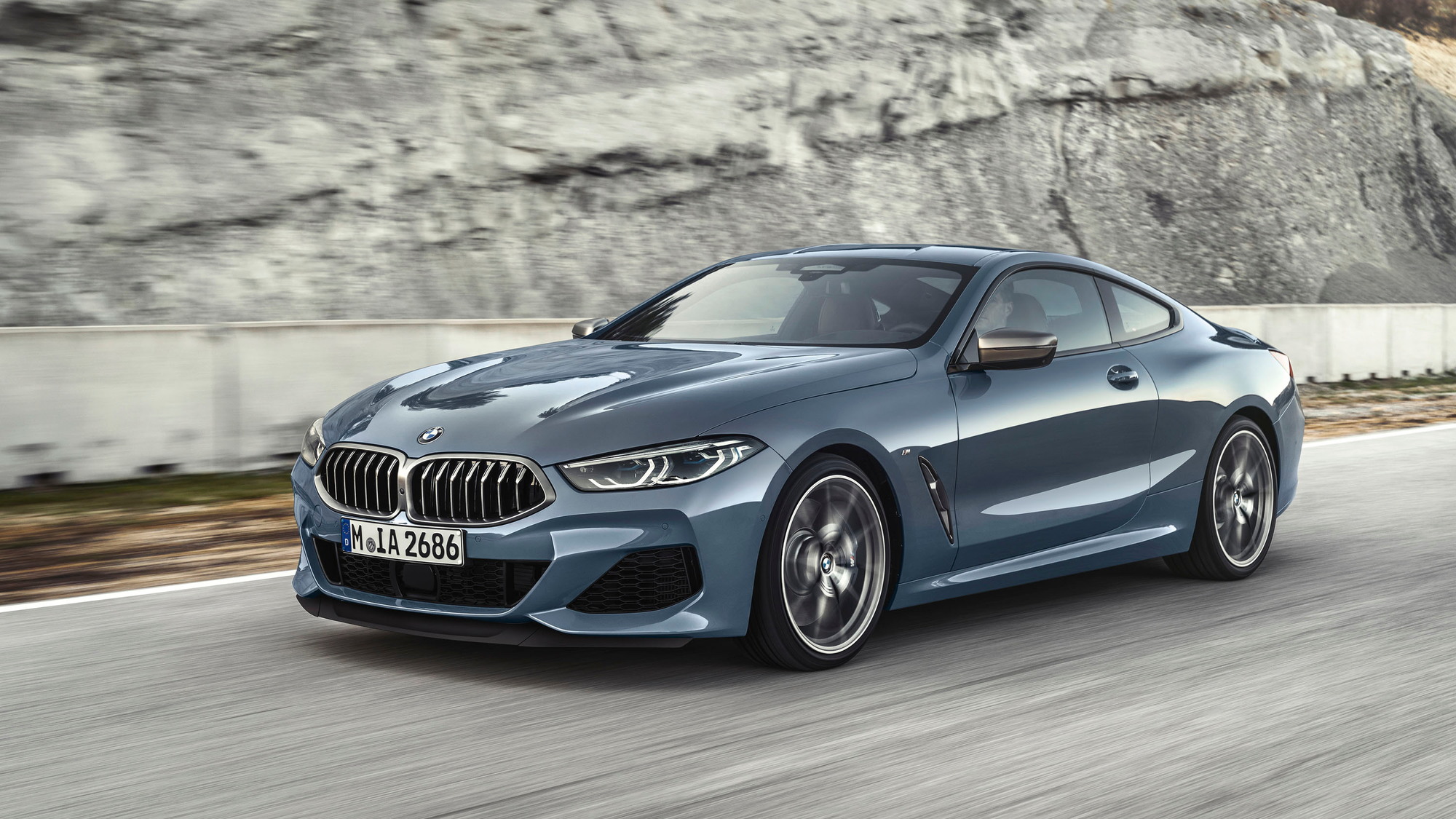 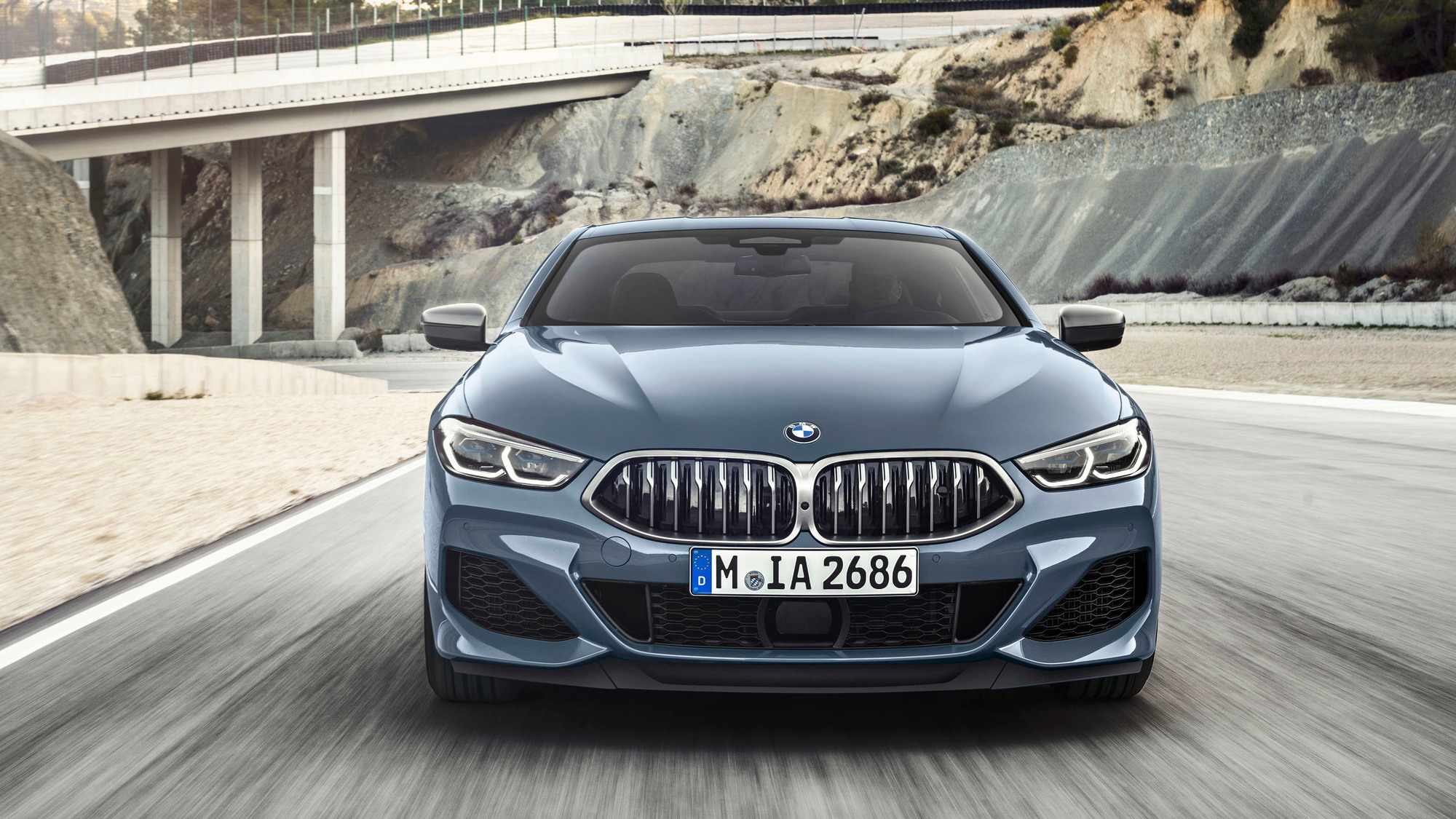 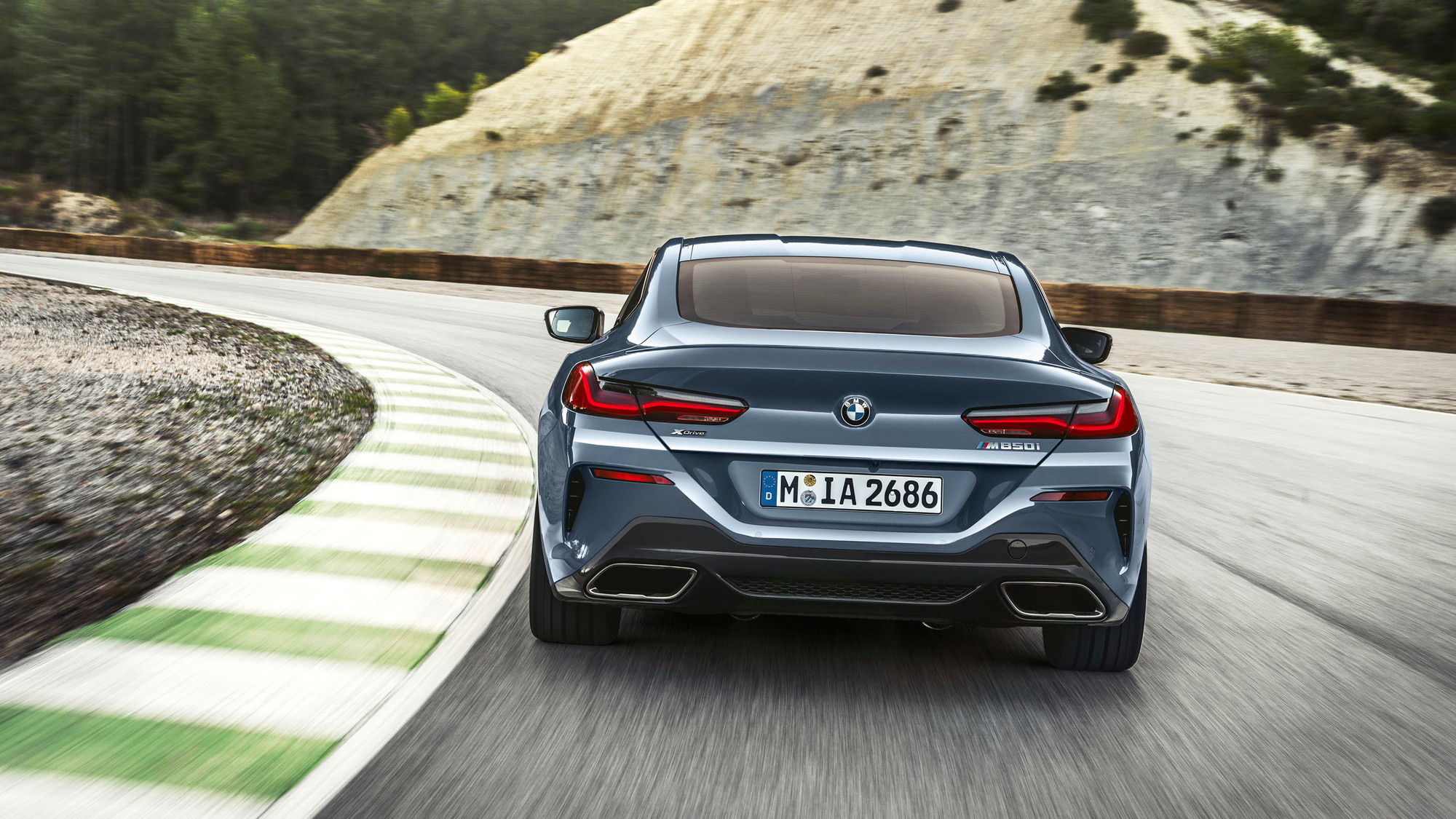 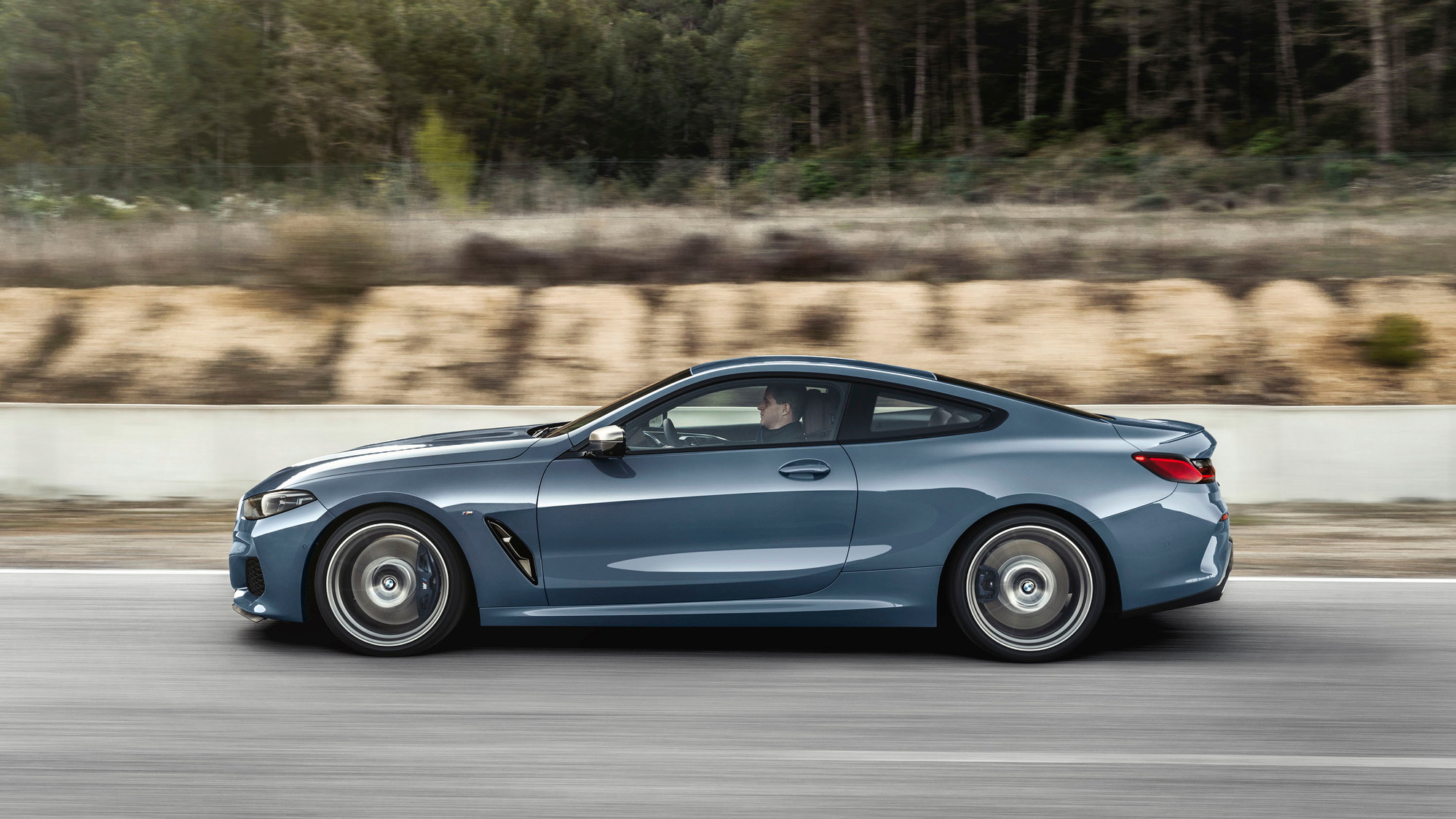 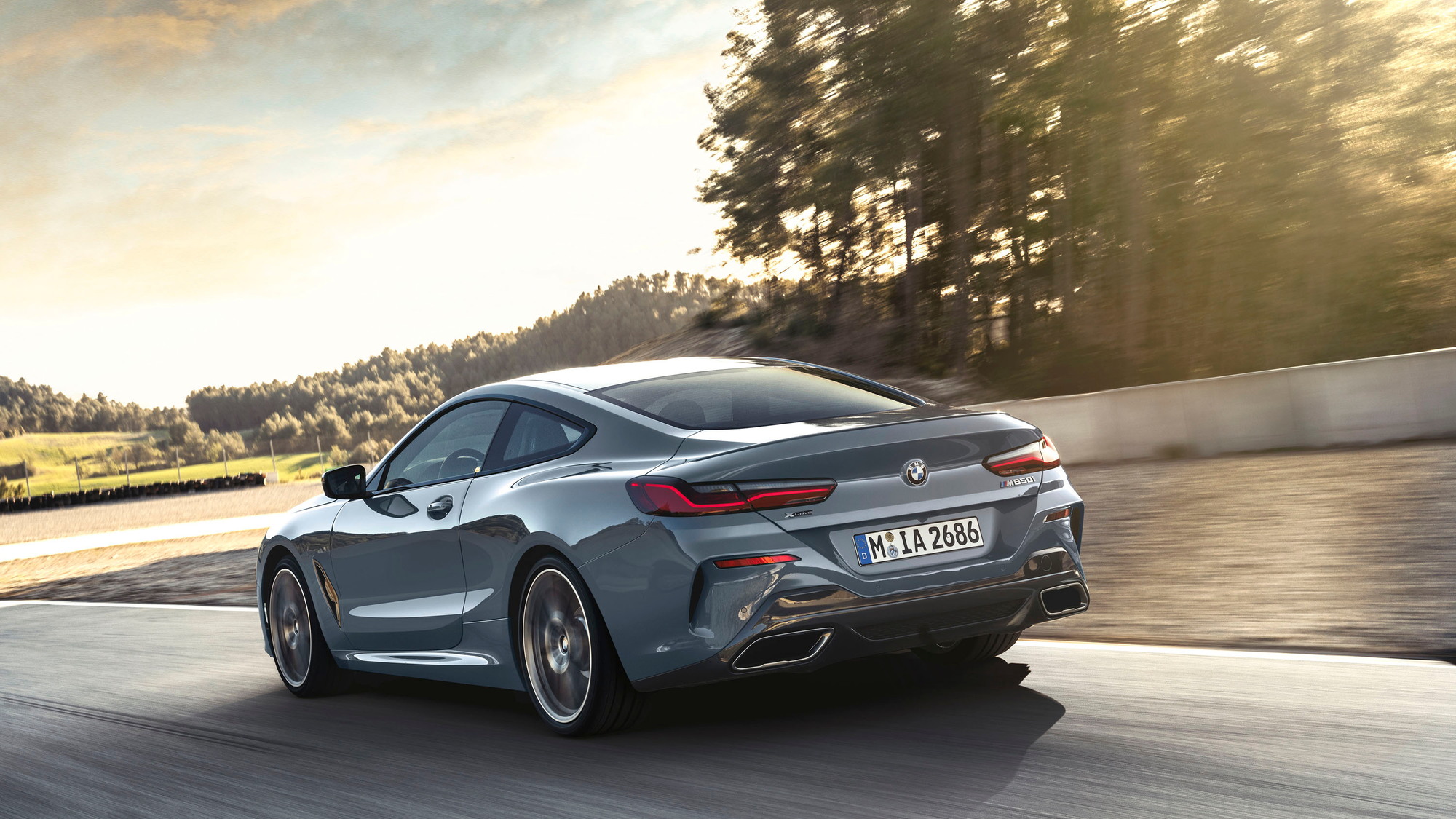 BMW on Monday announced pricing and timing for the arrival of the 2019 BMW 8-Series in the U.S. The new line-topping luxury coupe will come as a single model called M850i xDrive when it arrives in dealers on December 8, and it will be priced at a rather healthy $112,895 to start.

That jumble of letters and numbers in the model name has meaning in BMW-speak. The M means the car will have several parts and systems from the brand's high-performance M division, but it won't be a full-blown M model, which would be more powerful and offer even better handling. Among those M-engineered features are the active anti-roll bars, the Adaptive M Suspension with adaptive dampers, M Sport Brakes, and the electronic M Sport rear differential.

The 50 in the 850i designates the V-8 engine, which is a twin-turbocharged 4.4-liter beast that produces 523 horsepower, 553 pound-feet of torque, and a 3.6-second 0-60-mph time. It is hooked to a sport version of the brand's 8-speed automatic transmission.

Finally, the xDrive means the car comes with all-wheel drive. However, it's not the M xDrive on the new M5 that can be turned off to use just the rear wheels. It is, however, rear-biased.

Other standard features will include four-wheel steering, LED headlights with laser high beams, Merino leather upholstery from the BMW Individual line, a 16-speaker Harman Kardon audio system, a 12.3-inch digital instrument panel, the latest generation of iDrive with a 10.25-inch touchscreen and navigation, and an automatic parking system.

Buyers will also be able to opt for glass controls for the gear selector, iDrive controller, start/stop button, and volume knob. A carbon-fiber roof will be offered, which is a first for a non full-blown M car. An additional trim package will add carbon-fiber inlays in the front and rear bumpers, as well as on the mirror caps, rear spoiler, and diffuser blades in the rear.

While the M850i xDrive will certainly be powerful, an M8 is on the way, and so are Gran Coupe and convertible body styles. BMW also competes with the M8 GTE race car in the World Endurance Championship series.