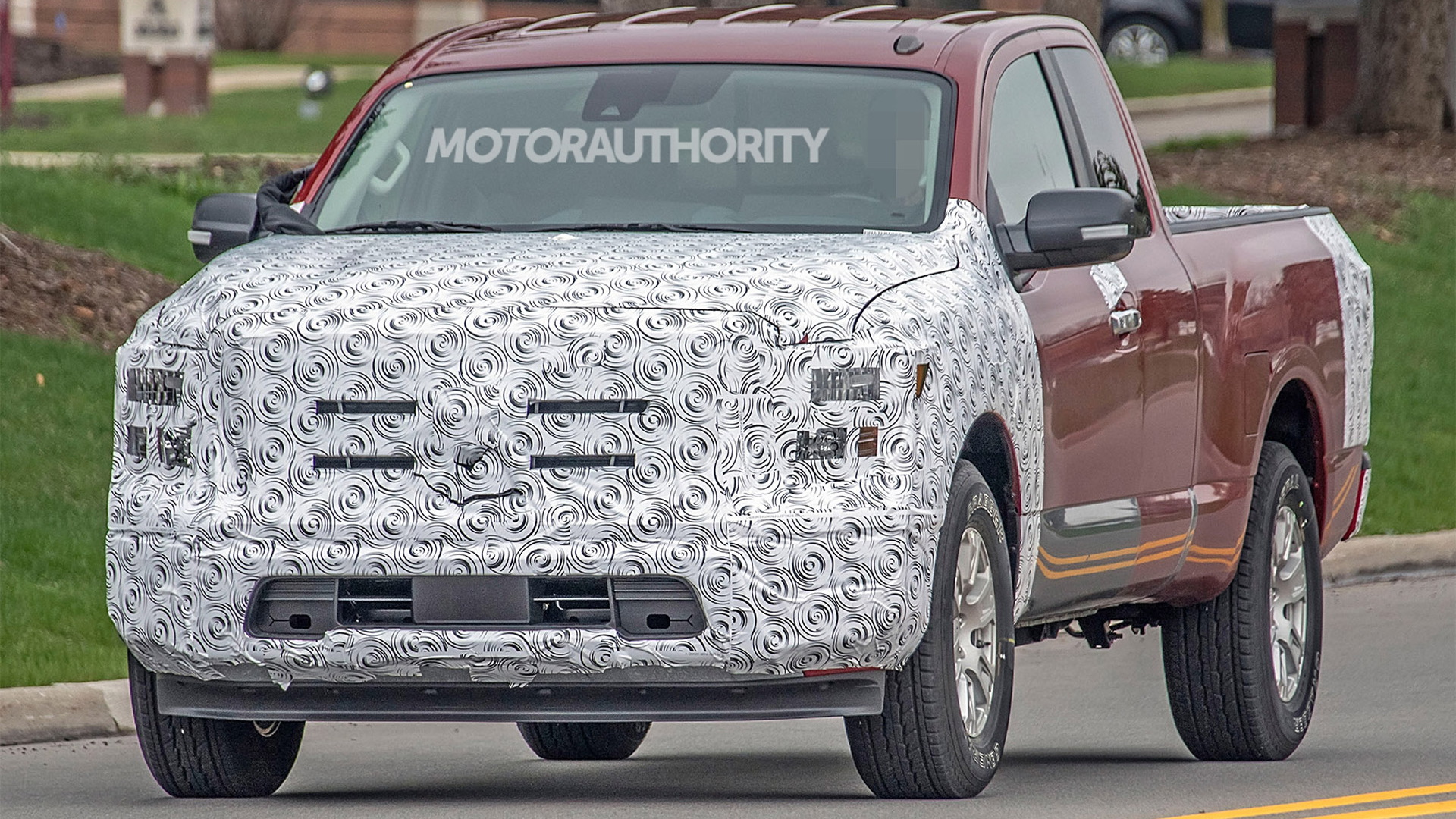 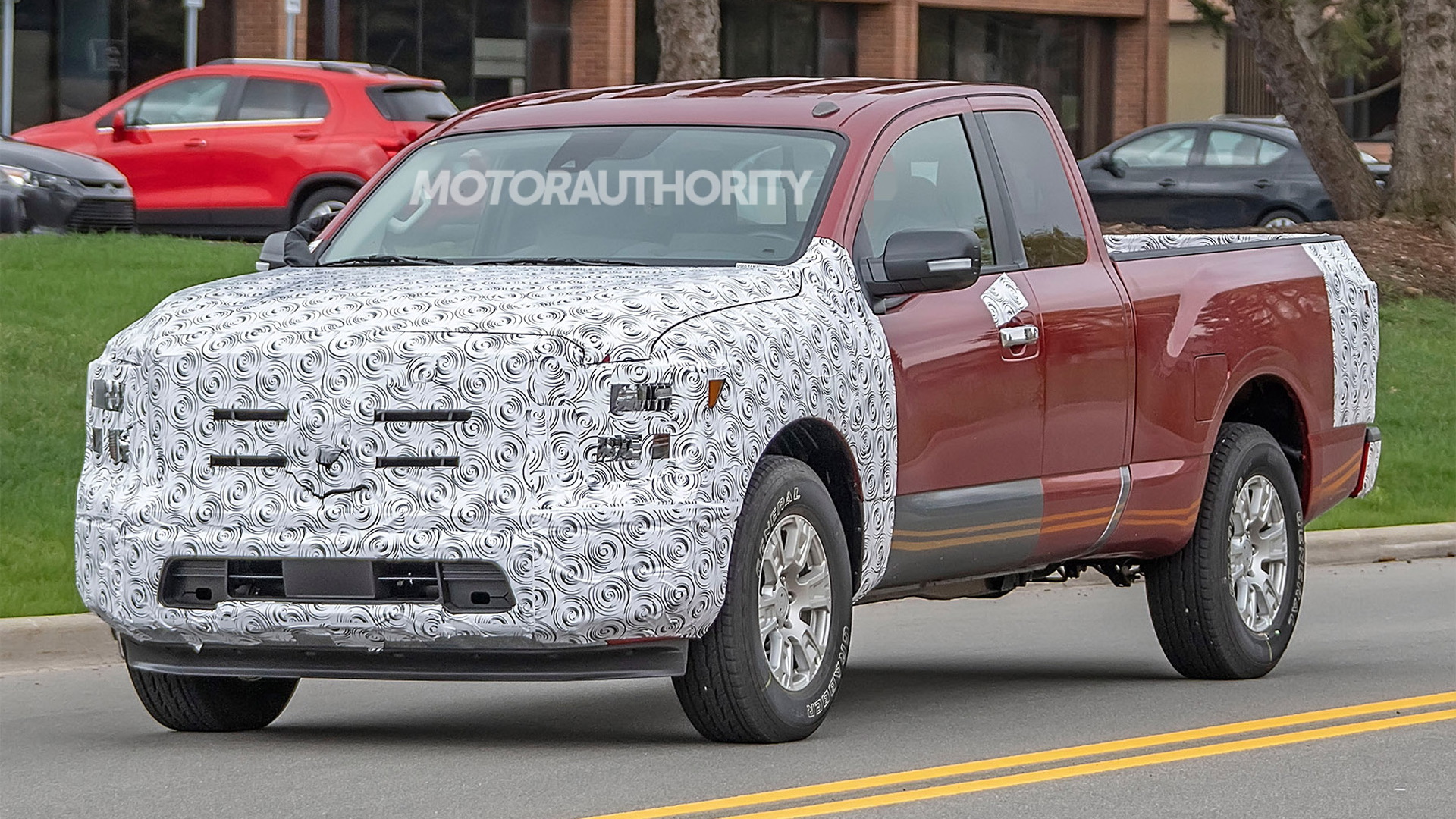 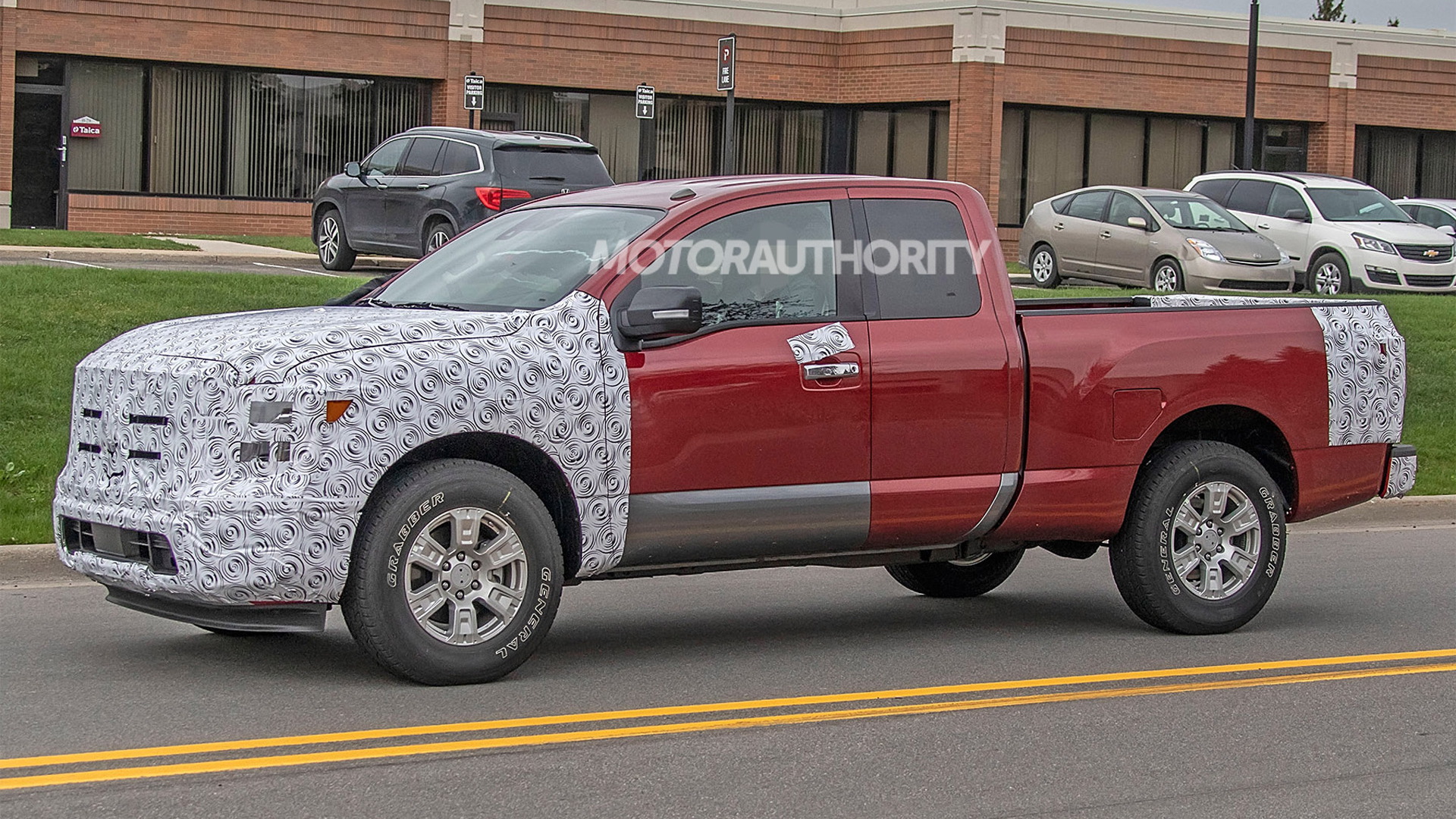 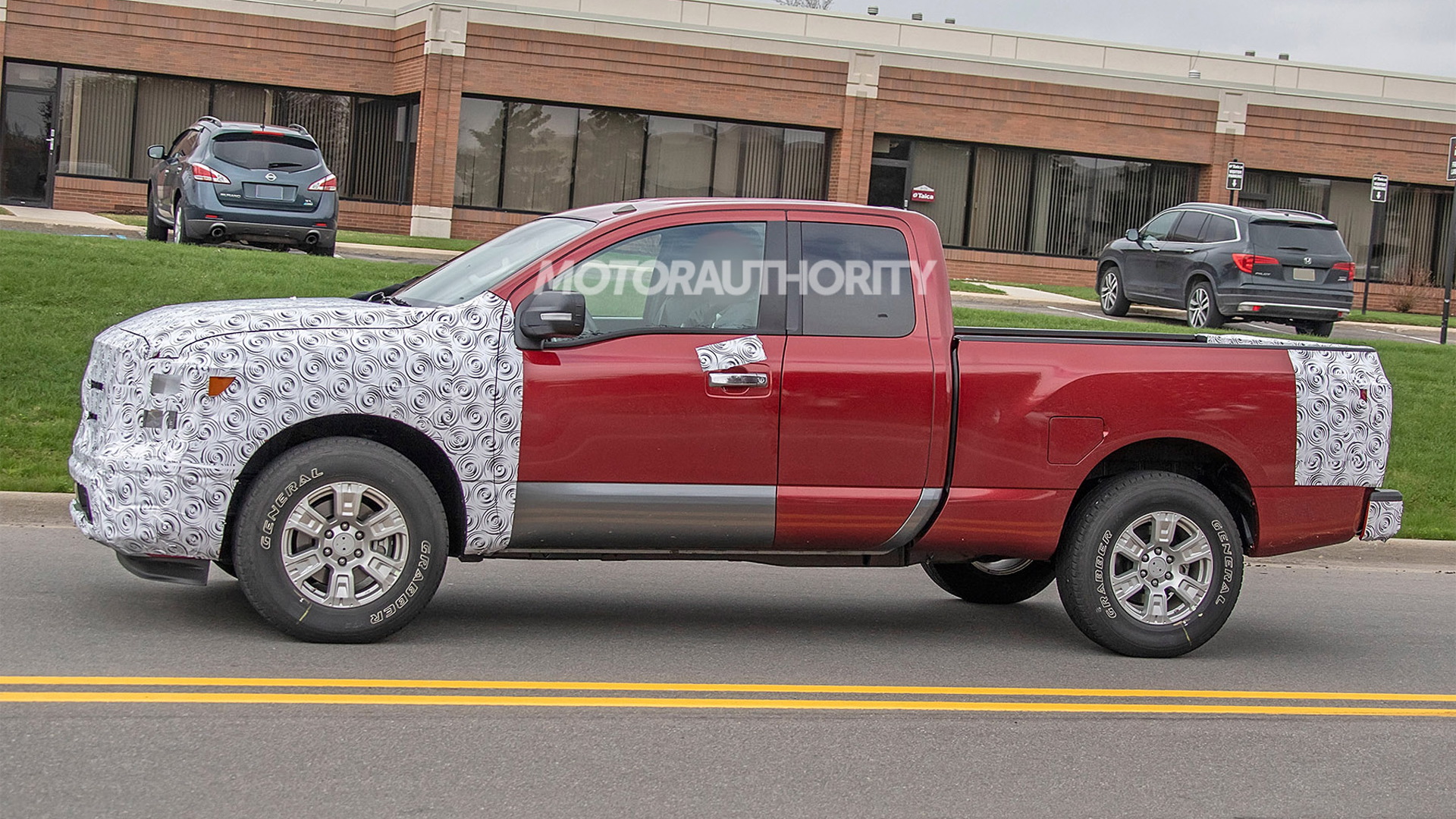 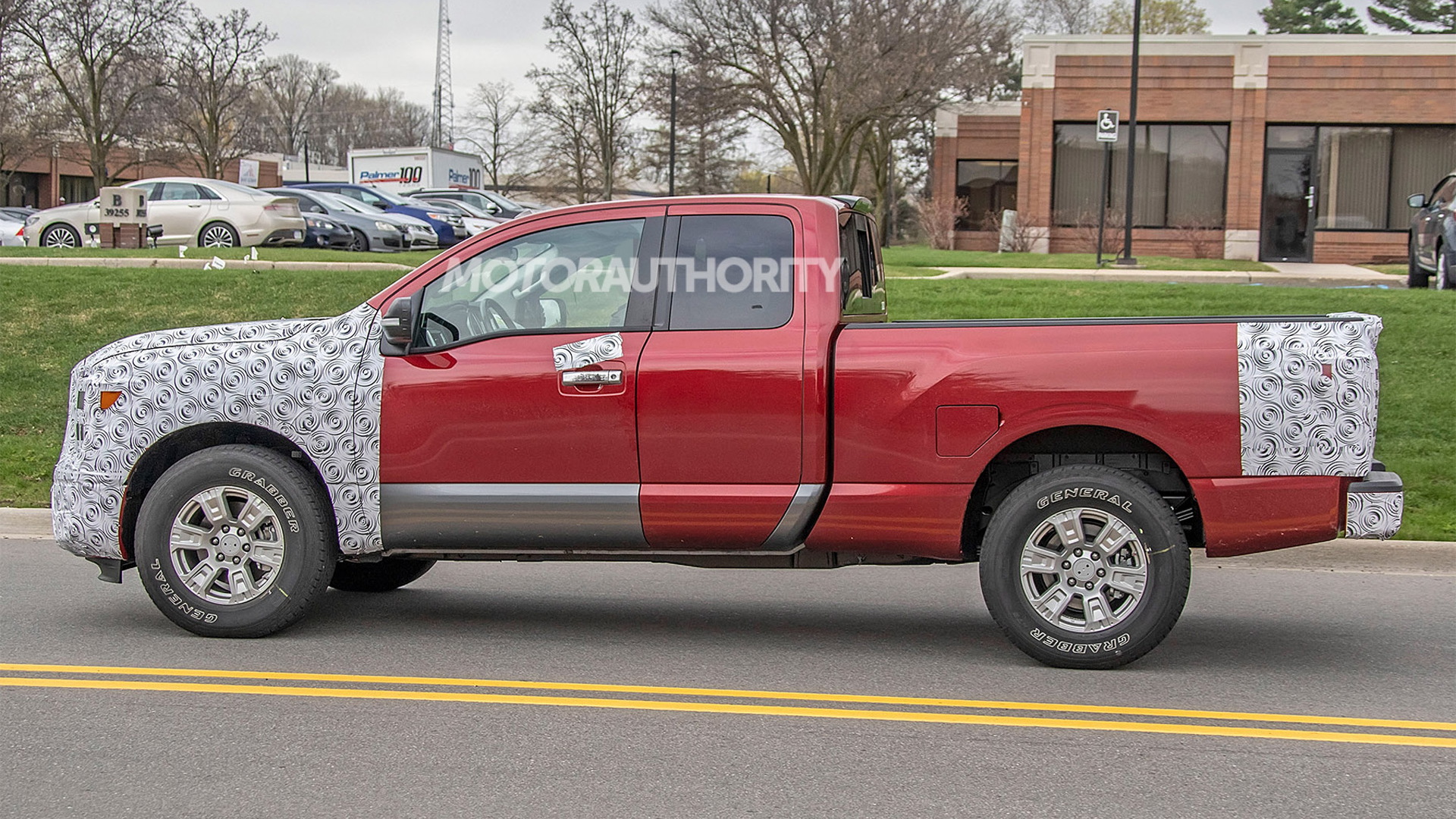 The updates represent a mid-cycle facelift for the current Titan, which arrived in 2015 as a 2016 model. This updated version is expected for the 2020 model year.

The camouflage gear suggests the Titan will receive new fascias at both ends, which is a good thing given the slightly oddball styling of the current model. The lights at both ends are also expected to receive some tweaks.

A shot of the interior reveals an updated center stack with a large screen likely with touch capability destined to replace the smallish 7.0-inch screen currently featured in the Titan. No doubt there will be a few new connectivity options to go with it.

It isn't clear what mechanical mods are planned but there are rumors Nissan will add a new V-6 entry-level option to help improve the truck's mileage. The likely bet is the Japanese firm's 3.7-liter V-6 paired up with a 7-speed automatic. The current truck's 5.6-liter V-8, good for 390 horsepower and 394 pound-feet of torque, returns just 18 mpg, which is worse than rival V-8 options.

We don't expect there will be any change to the heavy-duty Titan XD's 5.0-liter turbocharged V-8 Cummins diesel, which delivers 310 hp and 555 lb-ft.

Despite strong demand for pickups in the United States, the Titan has never been a big seller. Last year's sales closed out at 50,000 units, which is less than the top-selling Ford F-Series achieves in a month.

Still, the Titan offers great value with its starting price just above $30,000 and factory warranty of five years or 100,000 miles.