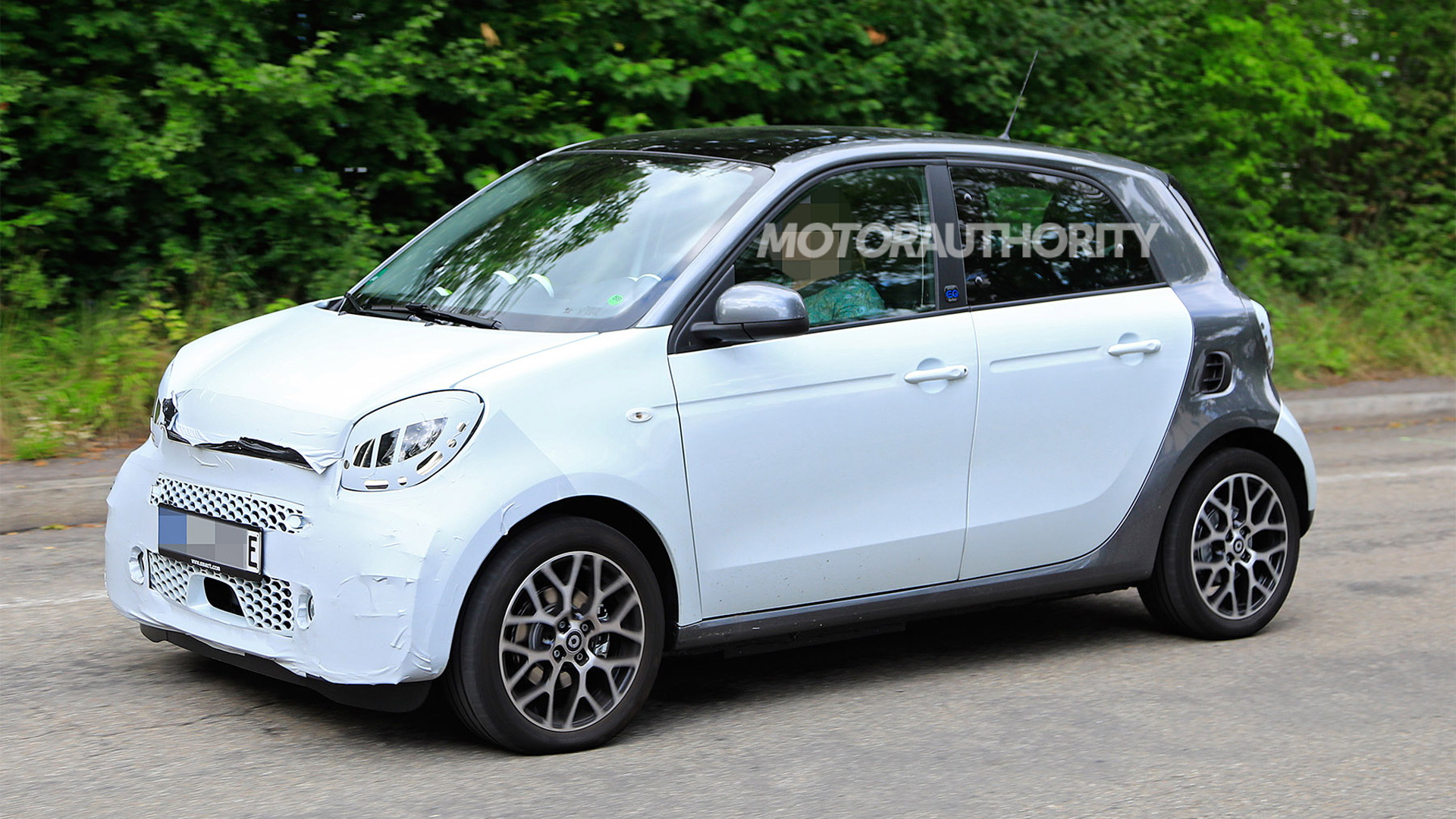 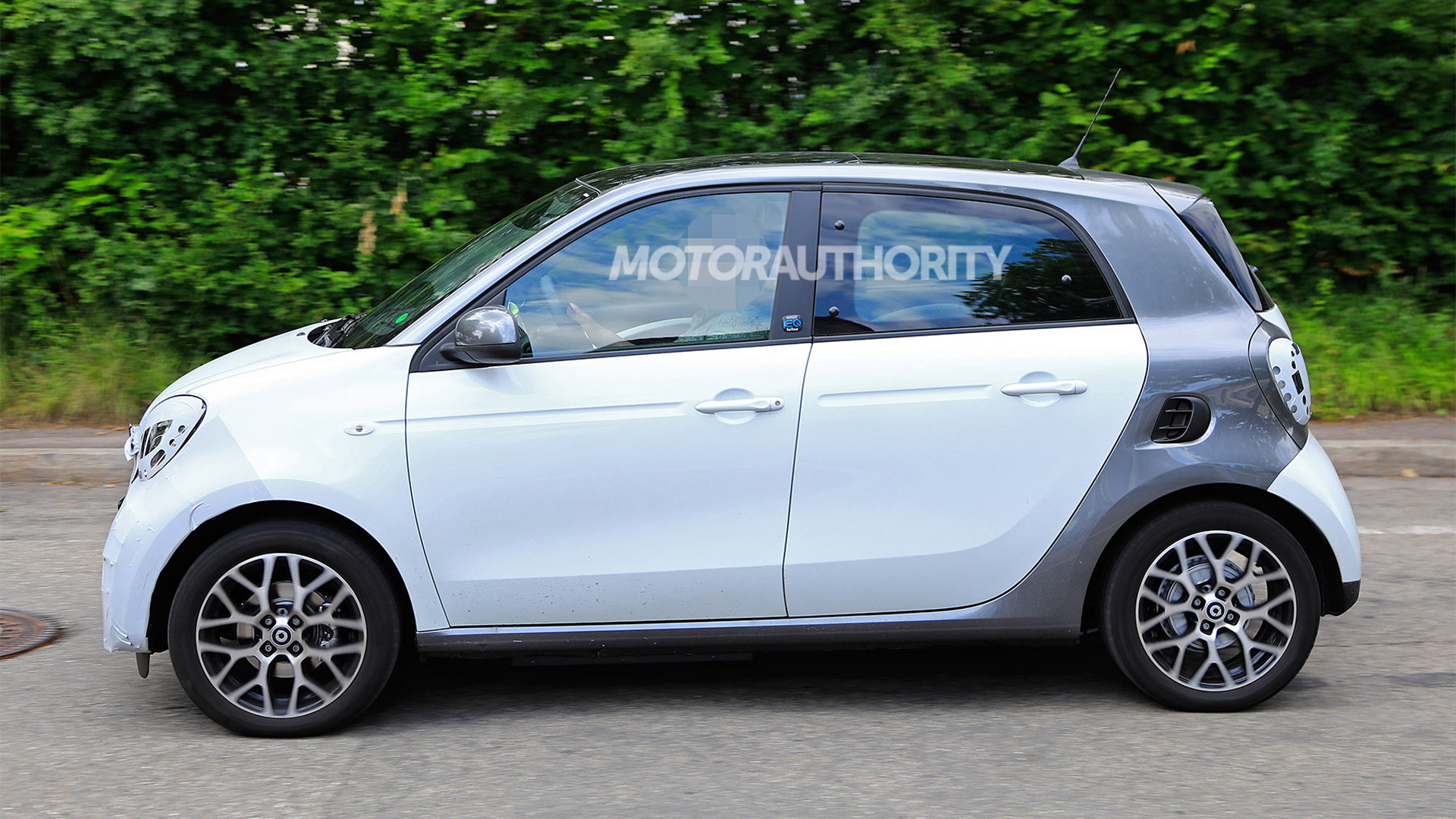 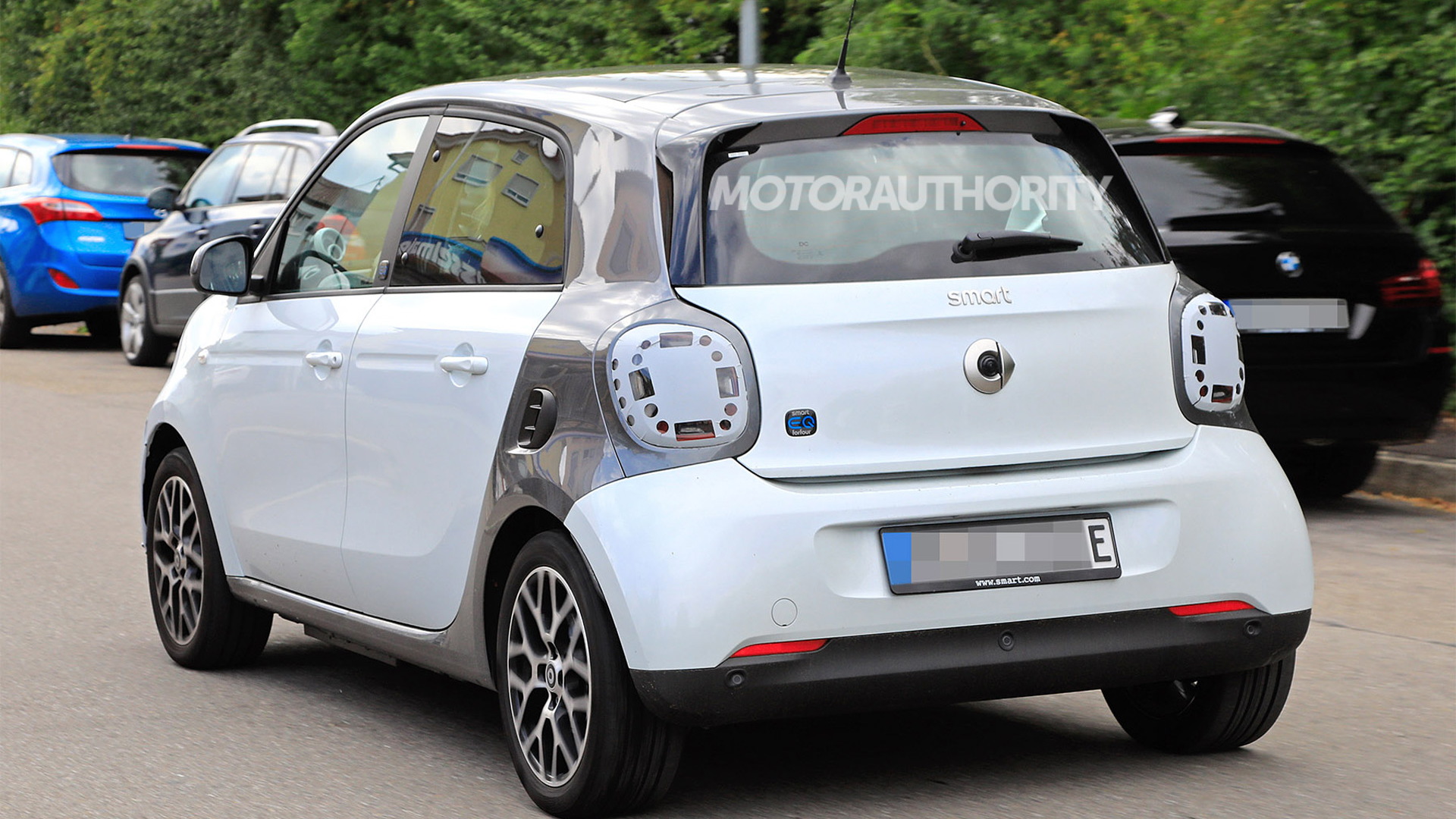 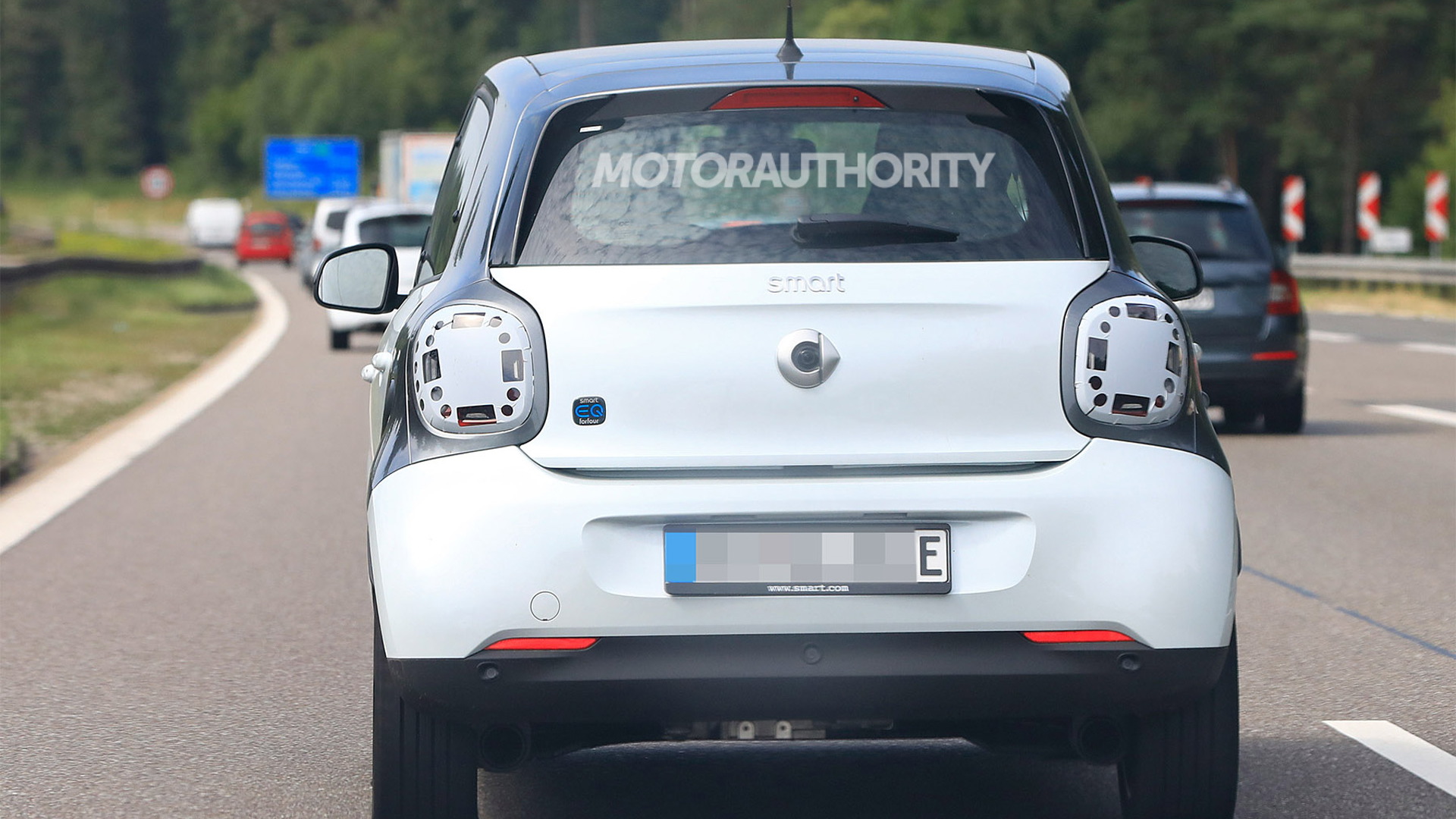 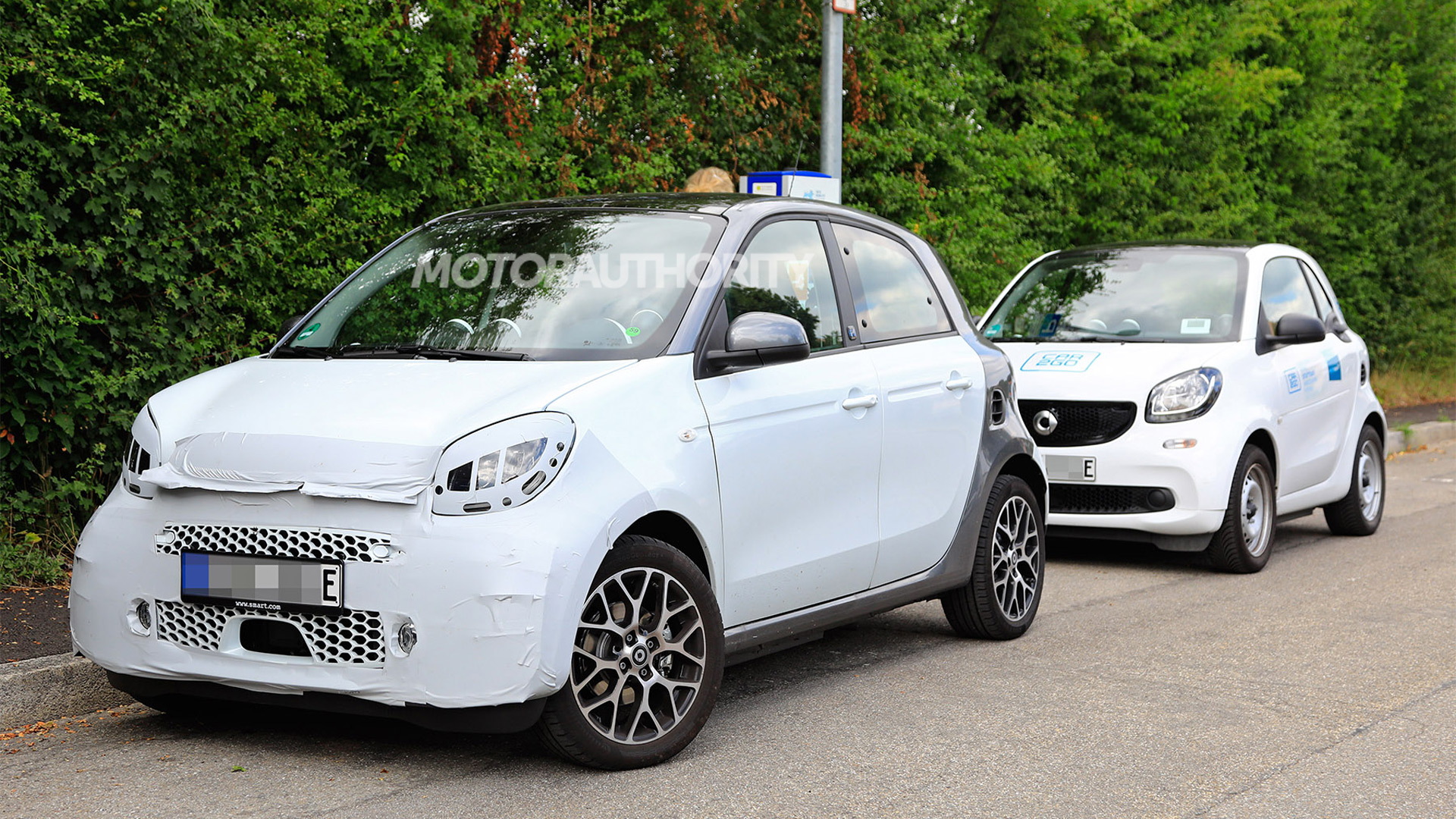 Smart in March announced a tie-up with Geely for development of a next-generation lineup to be built in China and sold globally. The first of the new Smarts isn't due until 2022, so in the meantime the current range will be updated.

A prototype for the updated version of the electric Smart EQ Forfour has just been spotted. Prototypes for a similarly updated EQ Fortwo are also being tested. Both models are due in early 2020.

Don't expect the updated cars in the United States, however. Smart in April announced it will exit our market after 2019 due to low demand.

Elsewhere, buyers can look forward to revised styling influenced by the Smart Forease concept car shown earlier this year. There will be a new grille and revised designs for the head and taillights. A shot of the interior suggests we'll also see new designs for the seats and center console, due to the heavy camouflage gear.

With the arrival of the updated range, both the Forfour and Fortwo will only be offered with battery-electric powertrains. What isn't clear is whether Smart is developing a new electric powertrain for the updated range or plans to stick with the existing setup. This setup features an 80-horsepower motor at the rear axle and a 17.6-kilowatt-hour lithium-ion battery good for 58 miles of range.