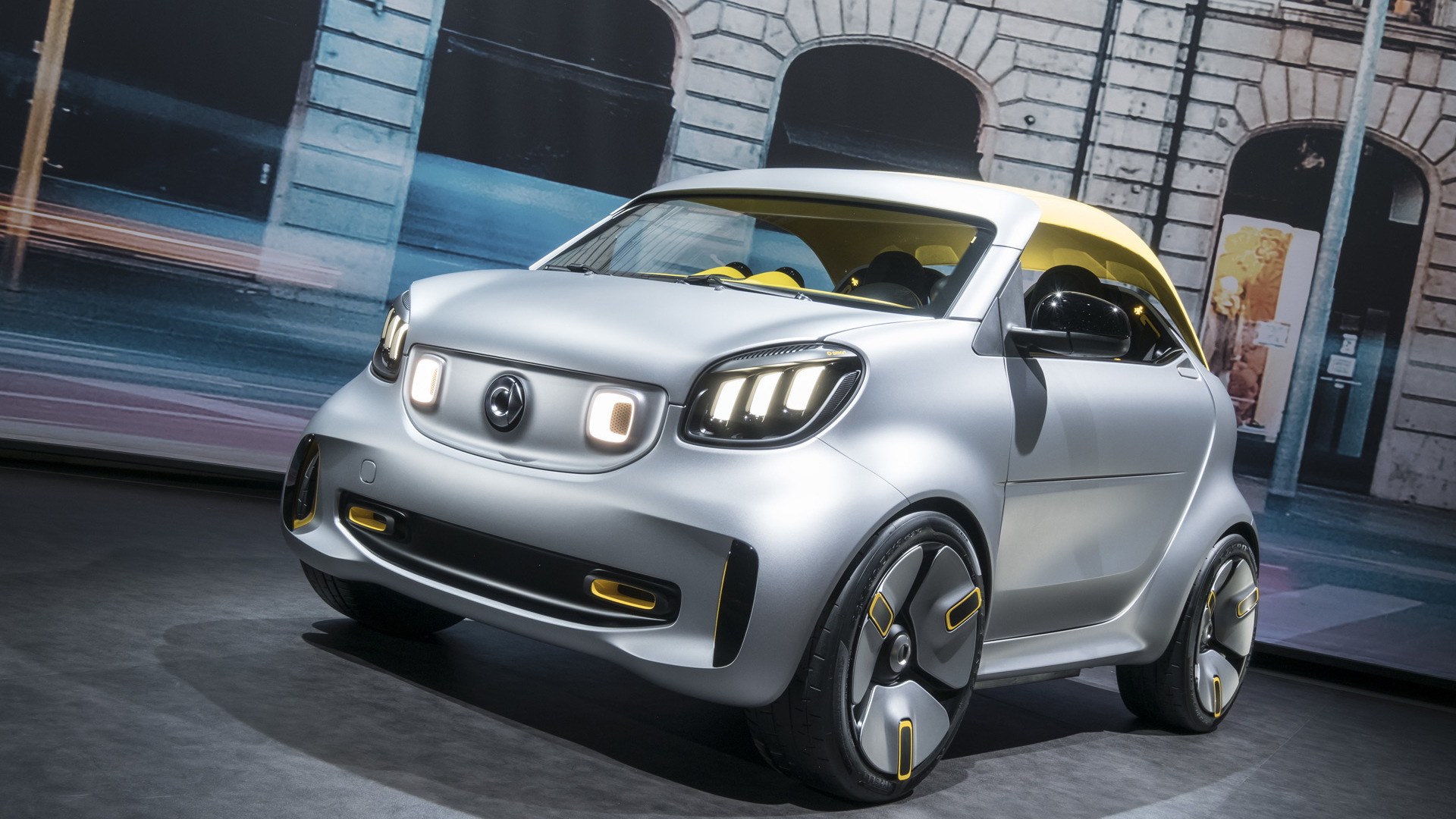 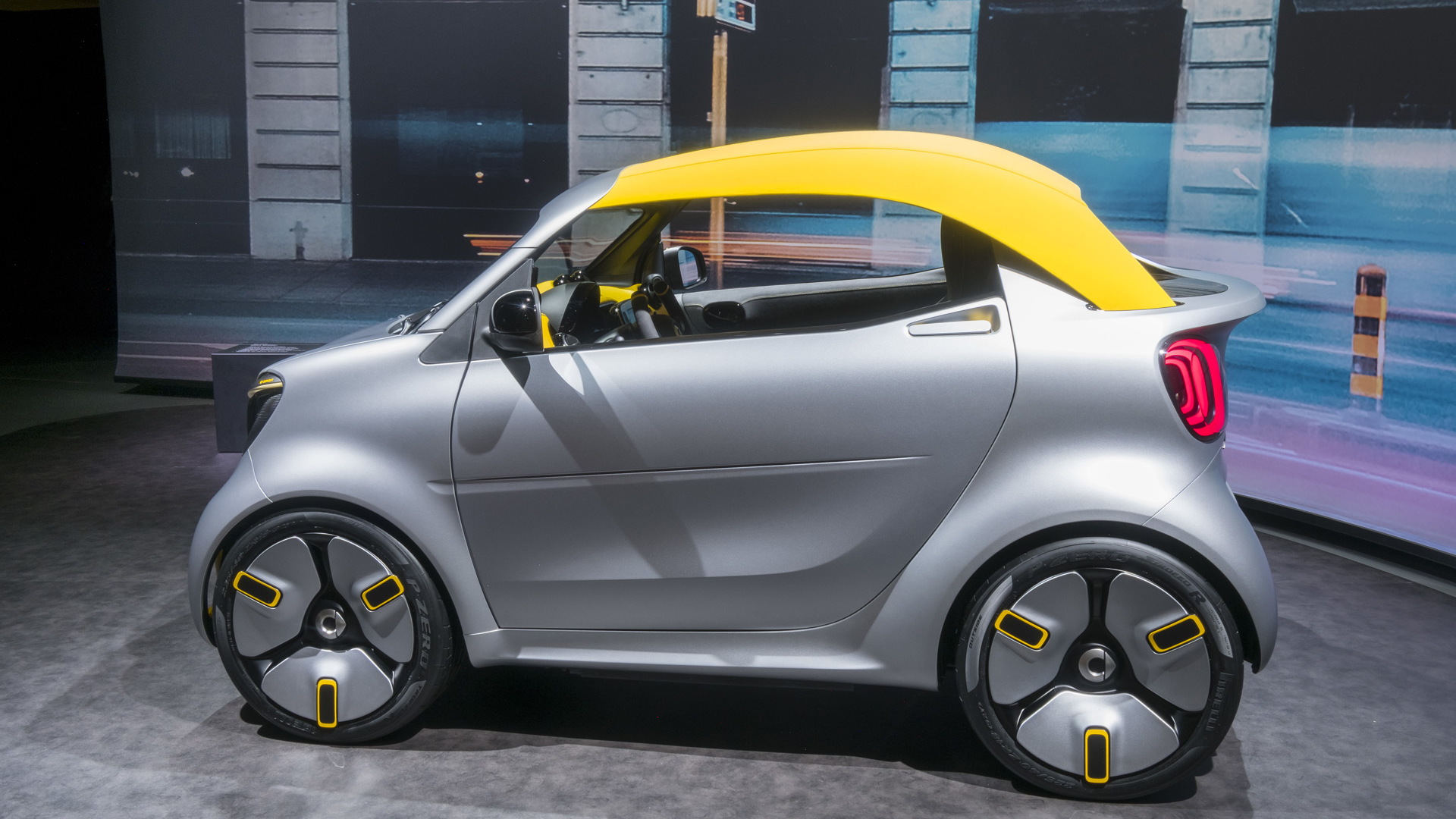 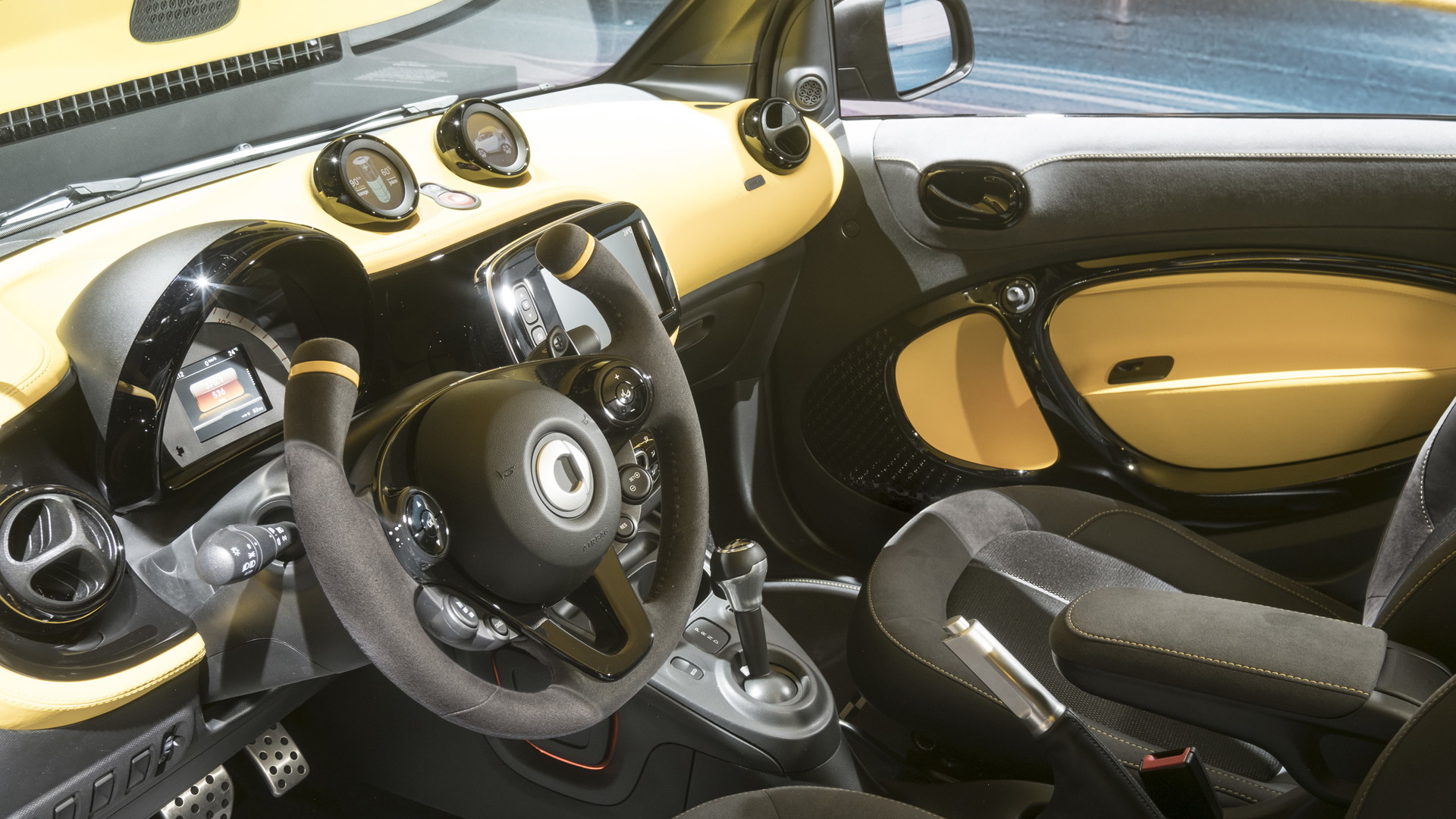 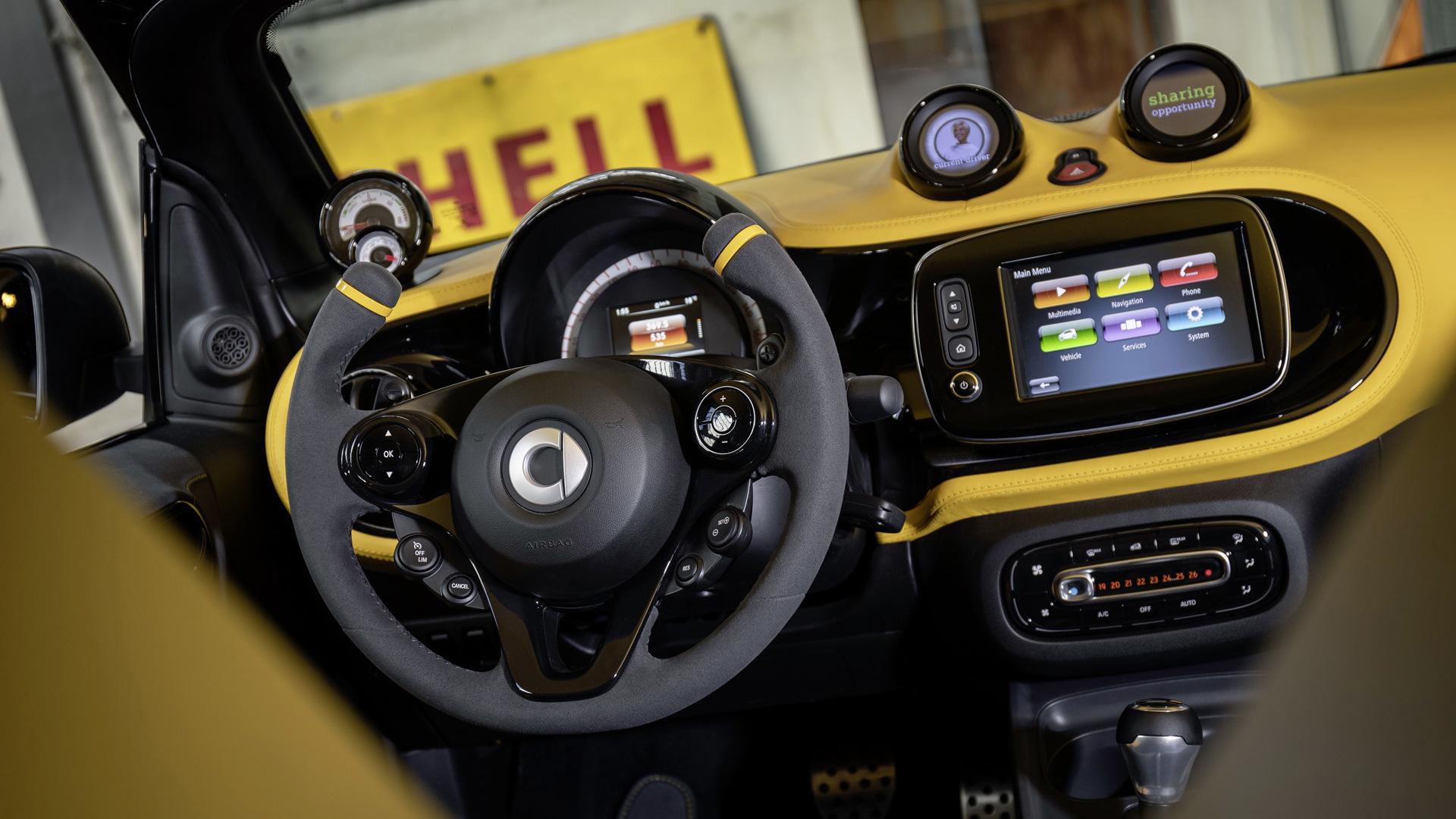 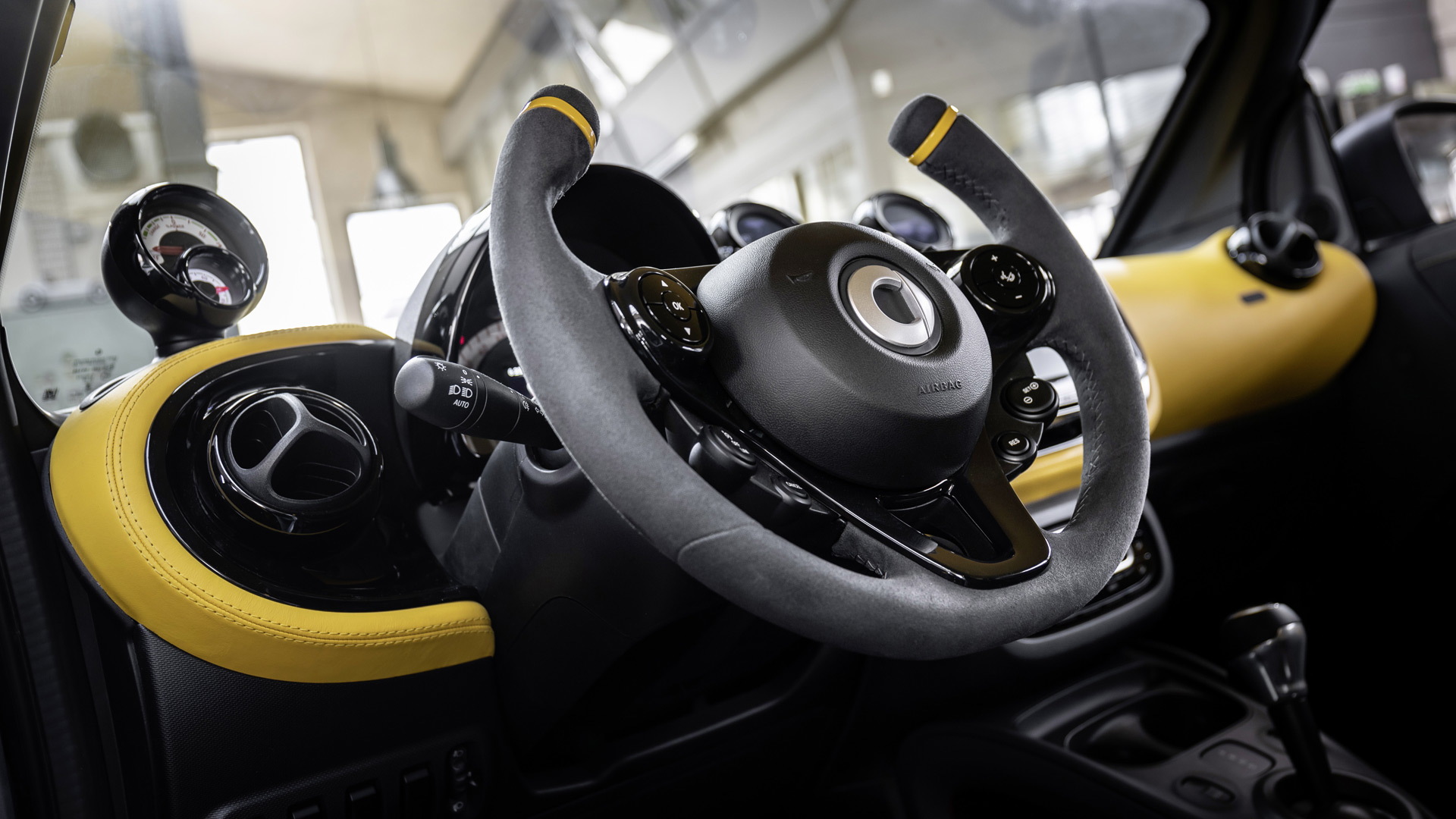 Smart rolled out the Forease speedster concept last October to celebrate the 20th anniversary of the introduction of the original Fortwo, as well as preview design elements bound for future models.

For this week's 2019 Geneva International Motor Show, Smart rolled out the updated Forease+ concept, which thanks to its convertible roof is more suited to everyday use.

The removable roof consists of a hard shell with a fabric lining and is extremely light, meaning swapping in and out is easy. We still wouldn't call it practical, though. The lack of any form of side windows and the open rear means you still aren't fully protected from the elements.

Other standout design elements include the graphics of the head and taillights, sealed-off grille, and door handles that are seamlessly recessed in the doors. We're told that in the case the car flips, the passengers are protected courtesy of the two dome-like roll hoops behind the seats.

The powertrain is the same one found in the Smart EQ Fortwo electric car, which means an 80-horsepower motor at the rear axle and a 17.6-kilowatt-hour lithium-ion battery good for 58 miles of range.

While neither the Forease or Forease+ are headed for production, we'll likely see elements of their design appear on updated versions of the Fortwo, as well as the Forfour sold overseas. Both cars were unveiled in 2014 and should be due for a mid-cycle update next year as the range transitions to a full electric lineup, something that's already occurred for models sold in the United States.