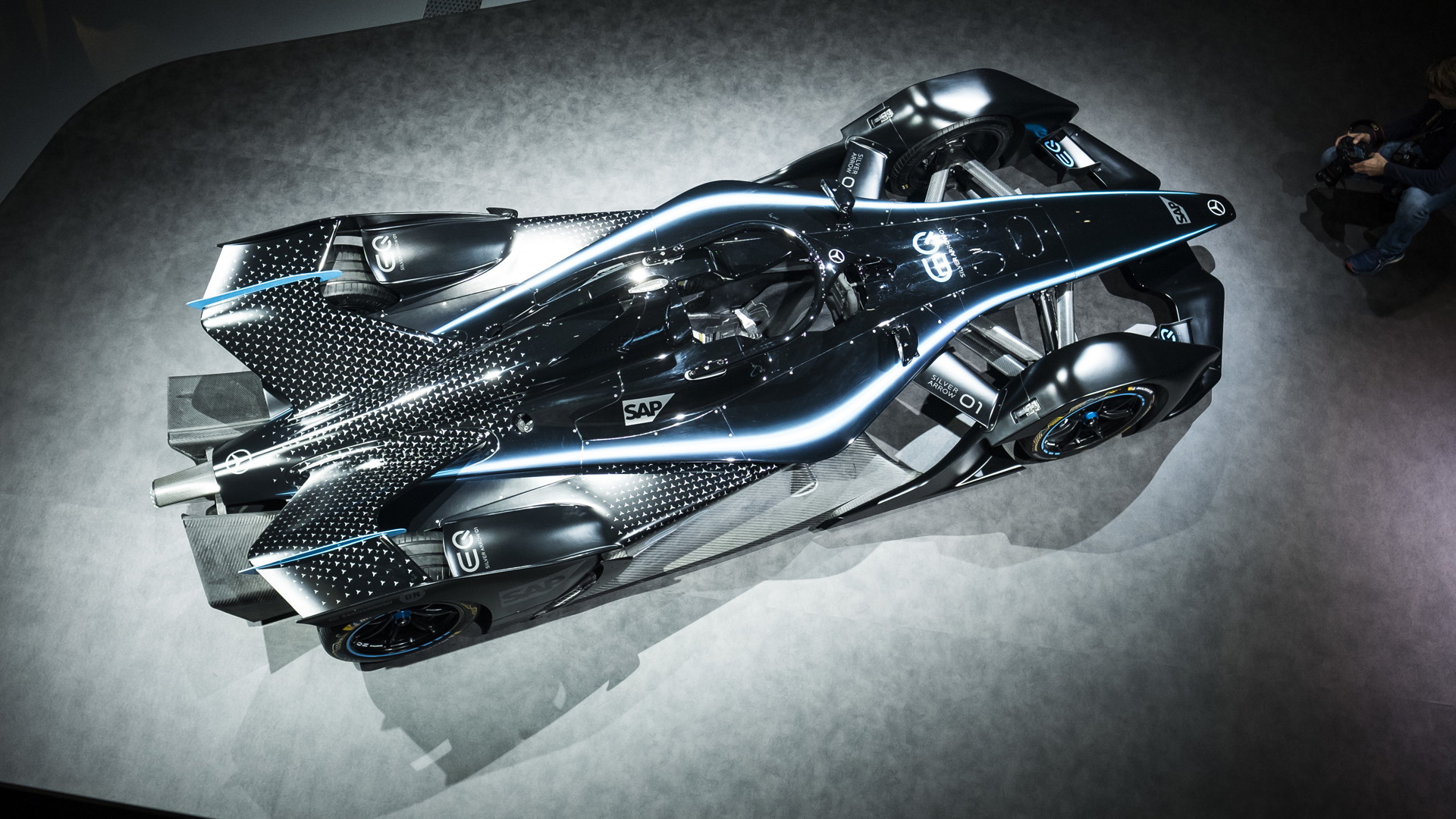 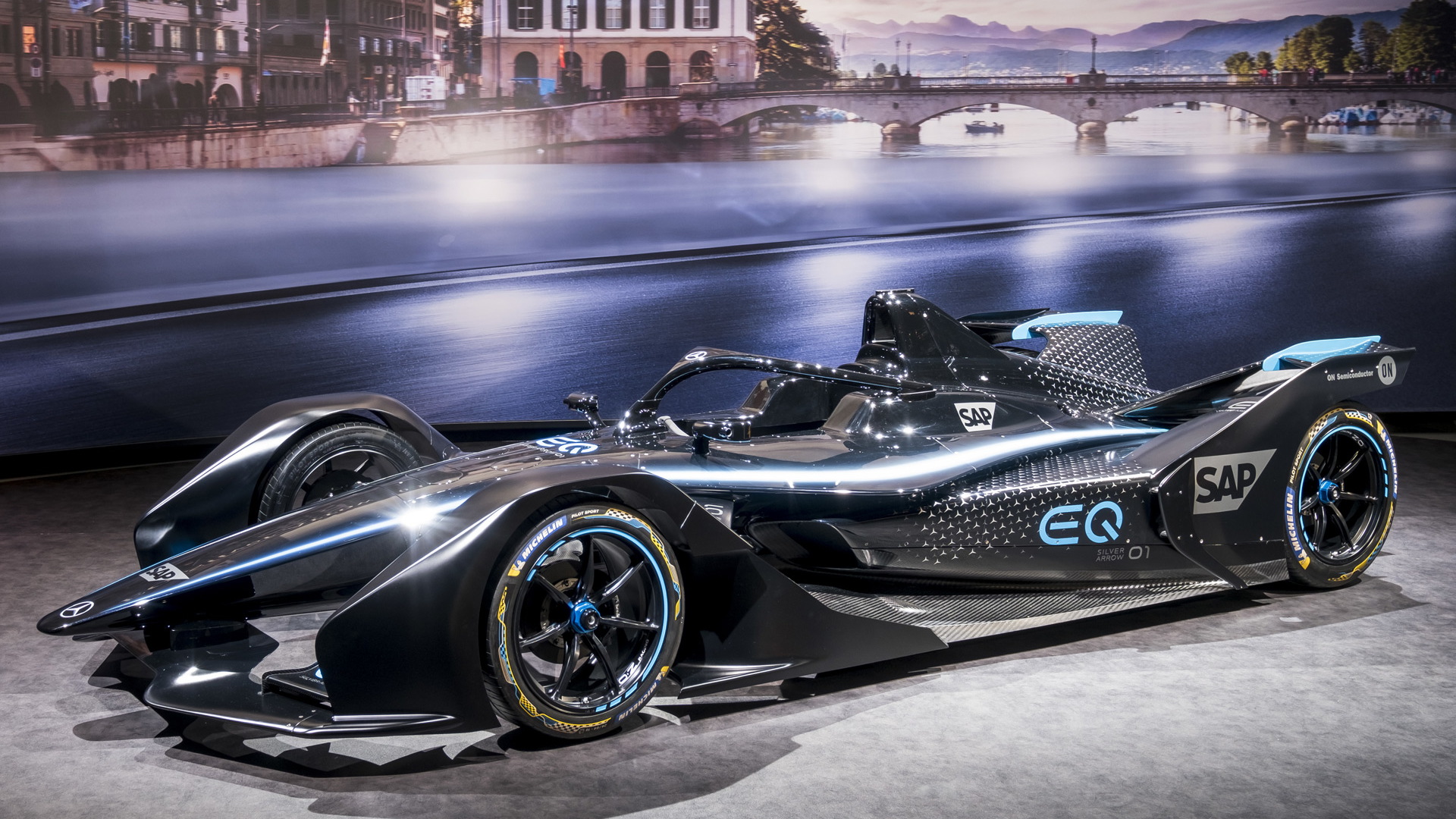 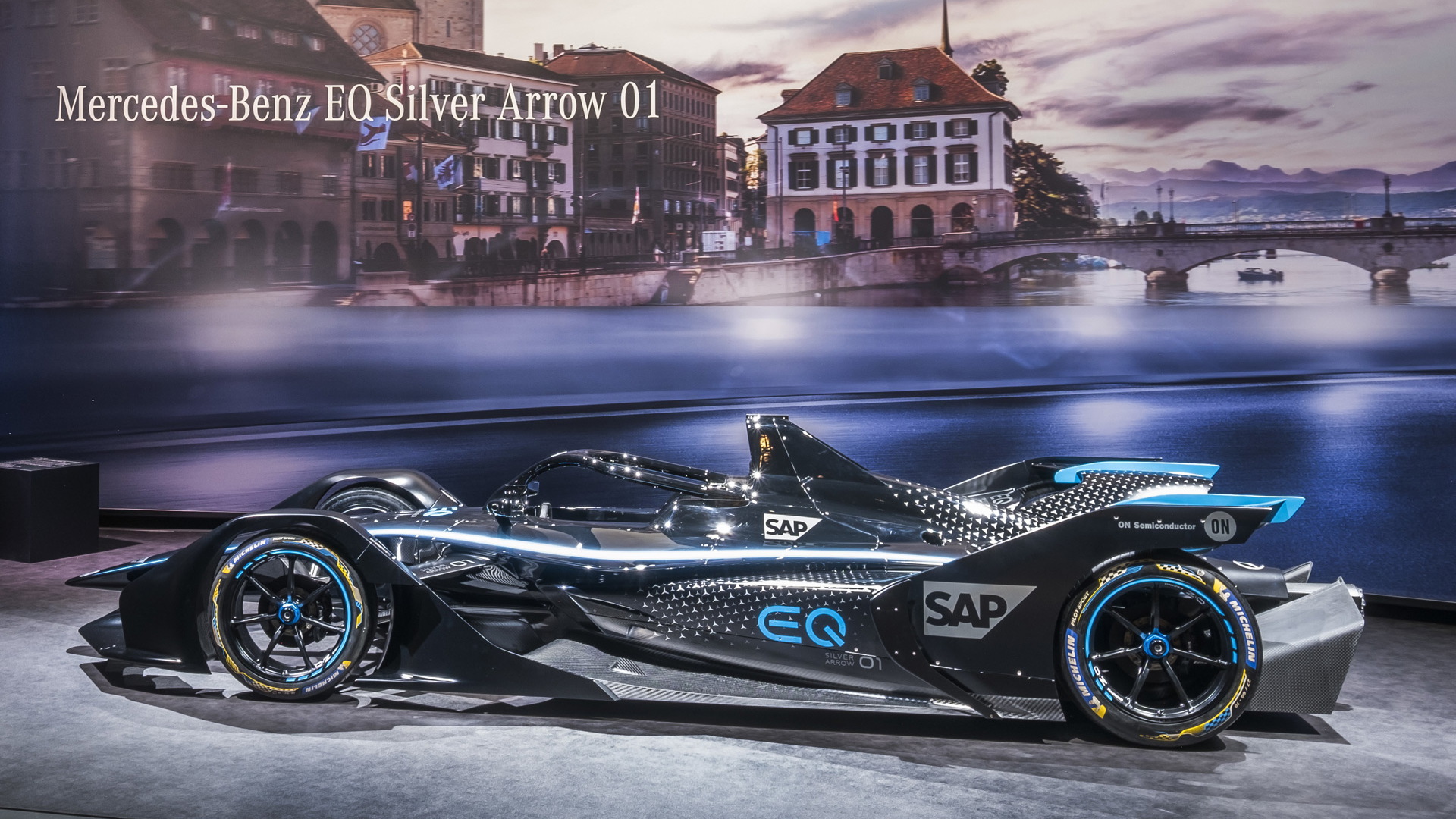 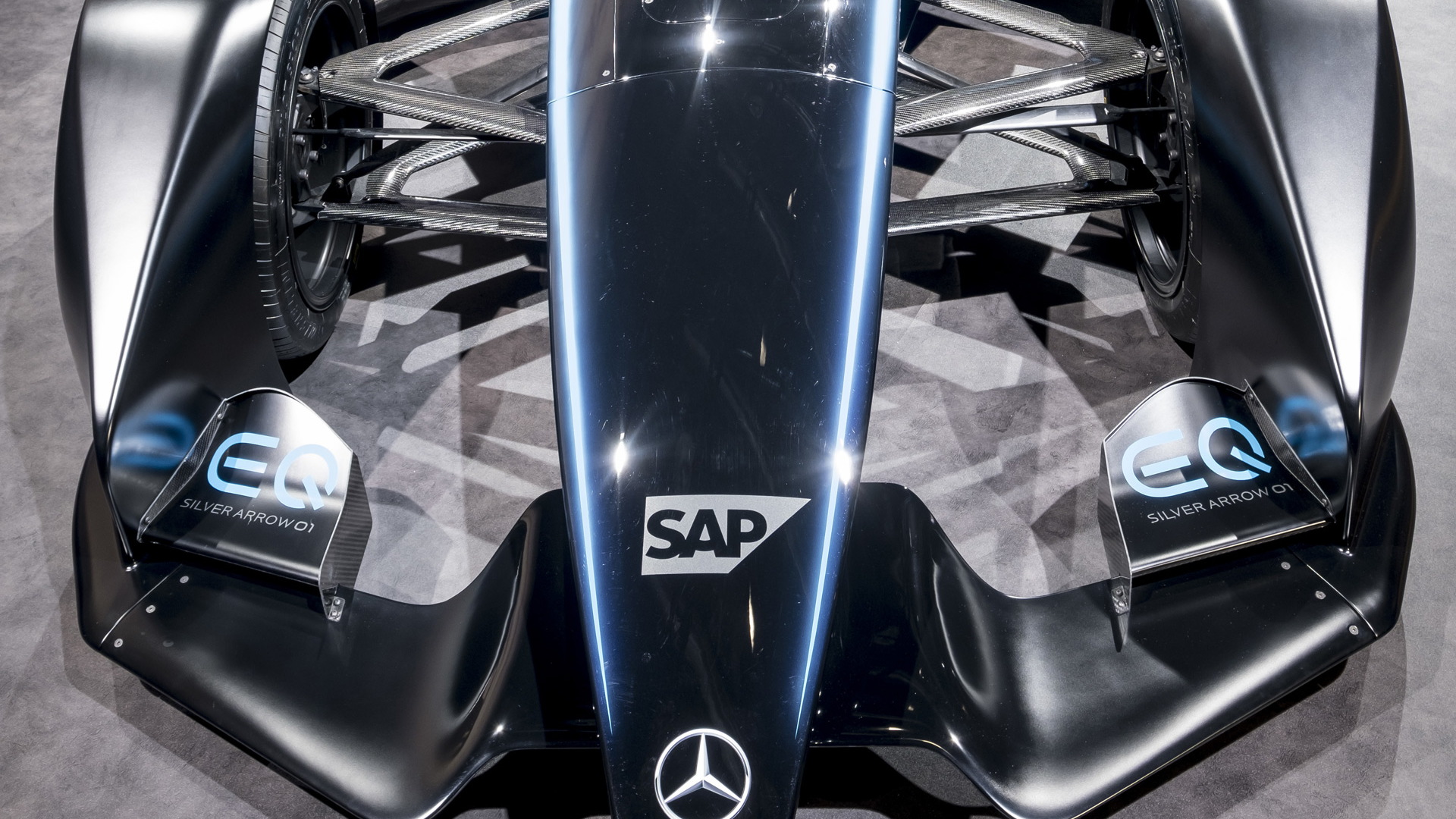 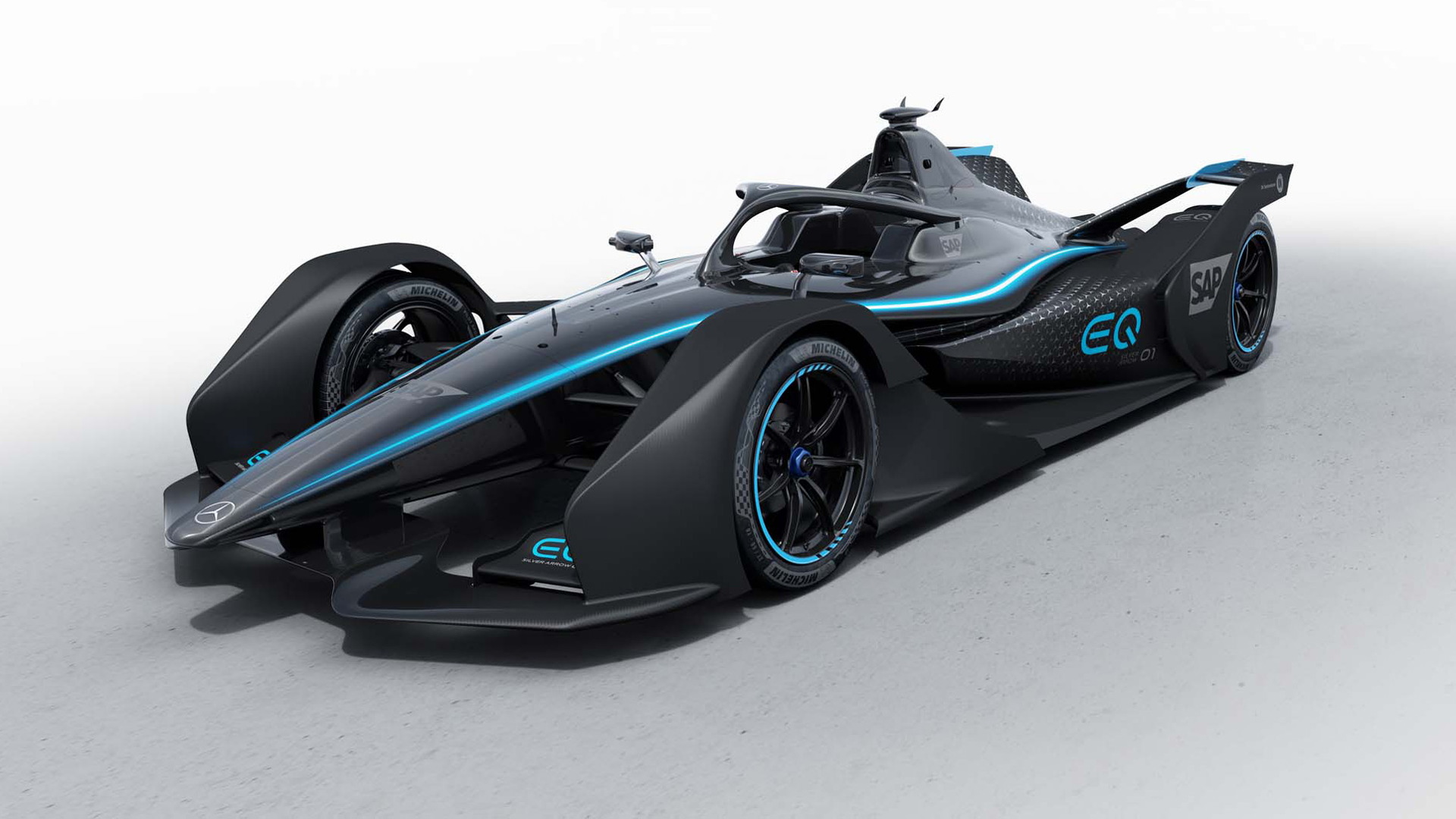 It's been almost two years since Mercedes-Benz announced plans to enter the Formula E Championship and now the automaker has previewed its contender for the electric car series with a concept.

The season, the sixth for the electric car series, kicks off in late 2019 and will also see Porsche join the fray. It means Audi, BMW, Jaguar, Mercedes, Nissan and Porsche will all be competing in a single competition, alongside newer rivals DS, Mahindra, Nio and Venturi.

It also means that Mercedes will be competing concurrently in Formula E and Formula 1, with both series to serve as important sources of research for future Mercedes road cars.

Teams will still be reliant on a common chassis for Formula E's sixth season, the Gen2 design that was introduced for the current season. Also common will be the battery, which in the Gen2 car holds enough charge for a driver to complete a race without the need for swapping cars. Previously, each driver would use two cars to complete a race.

While teams currently competing in Formula E with the Gen2 car will have an edge over Mercedes, the German automaker won't be going in completely fresh. Its long-time motorsport partner HWA, which previously handled Mercedes' DTM endeavors, is already active in Formula E through a partnership with Venturi and has been tapped to handle race operations for Mercedes next season.

Then there's the experience of the successful Mercedes-AMG Formula 1 team to draw on. In fact, the Mercedes Formula E team's high-performance electric motors will be developed by the same United Kingdom-based facility responsible for the power units in Mercedes' multiple championship-winning F1 cars.

Mercedes has a busy standard at the Geneva auto show. The Silver Arrow 01 concept is joined by the EQV concept, essentially an electric version of the V-Class van. On top of this, there's an updated GLC, the new GLE53, GT R Roadster, and CLA Shooting Brake, and Final Edition versions of the S65 sedan, SLC, and SL.