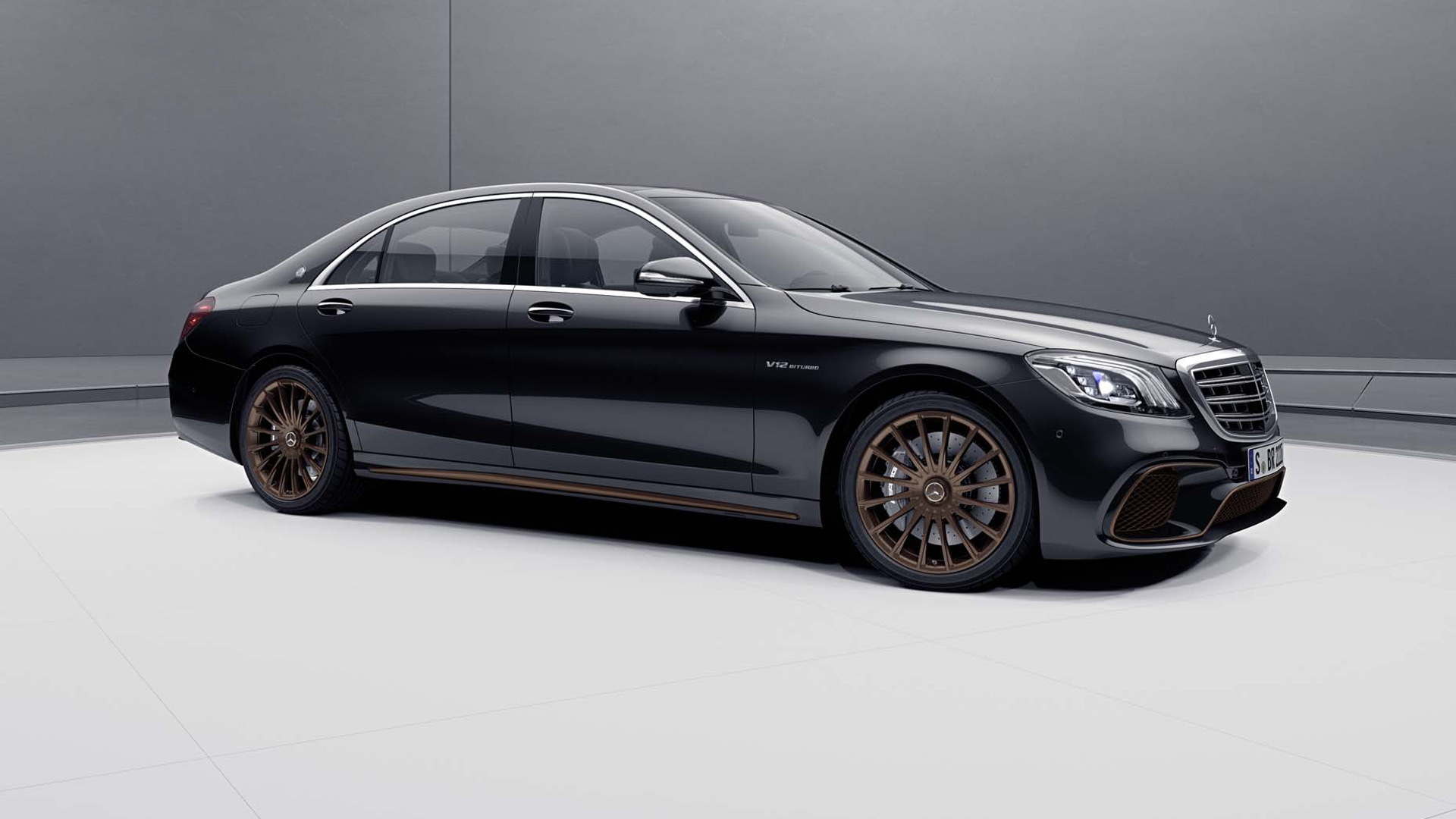 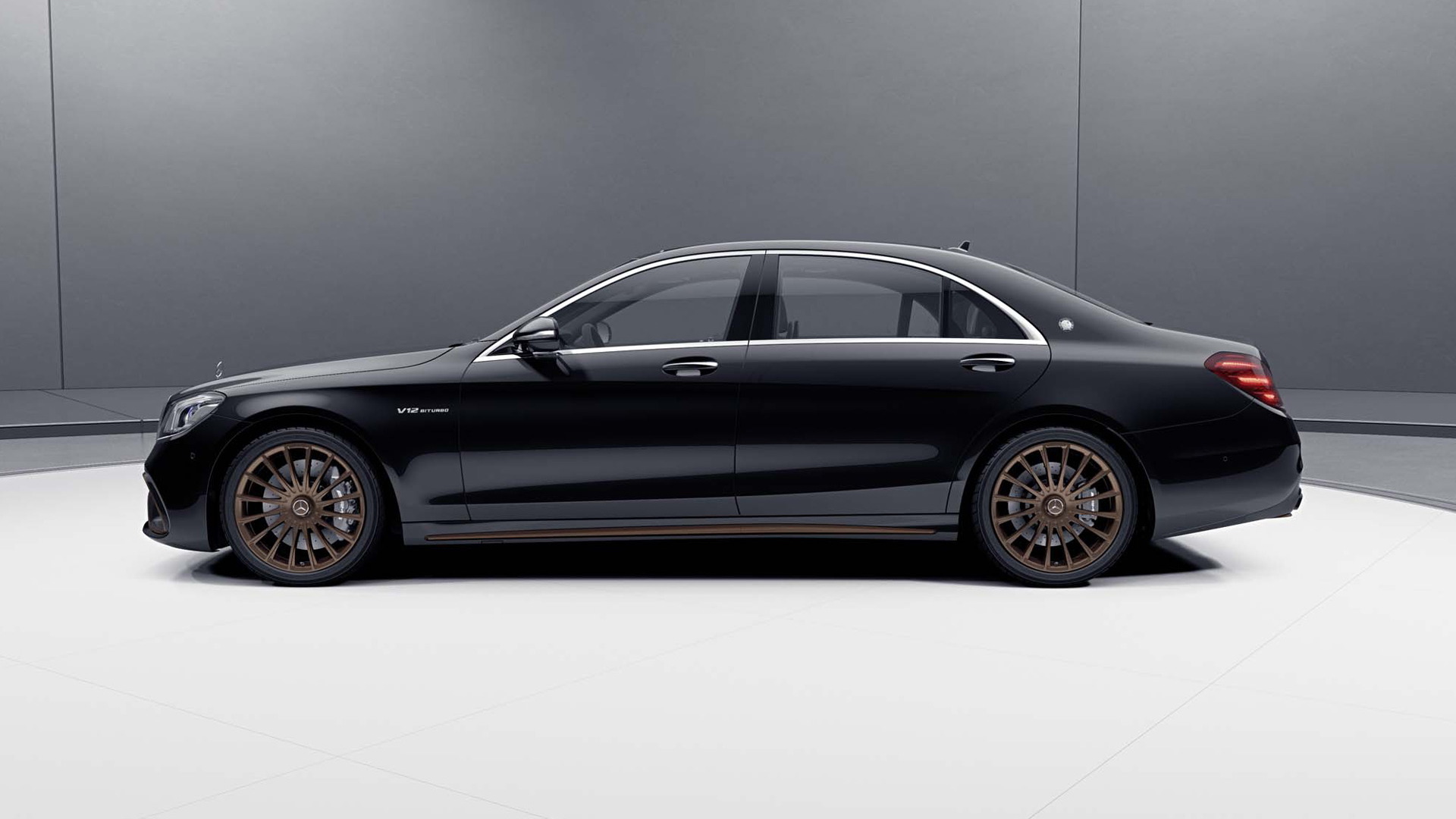 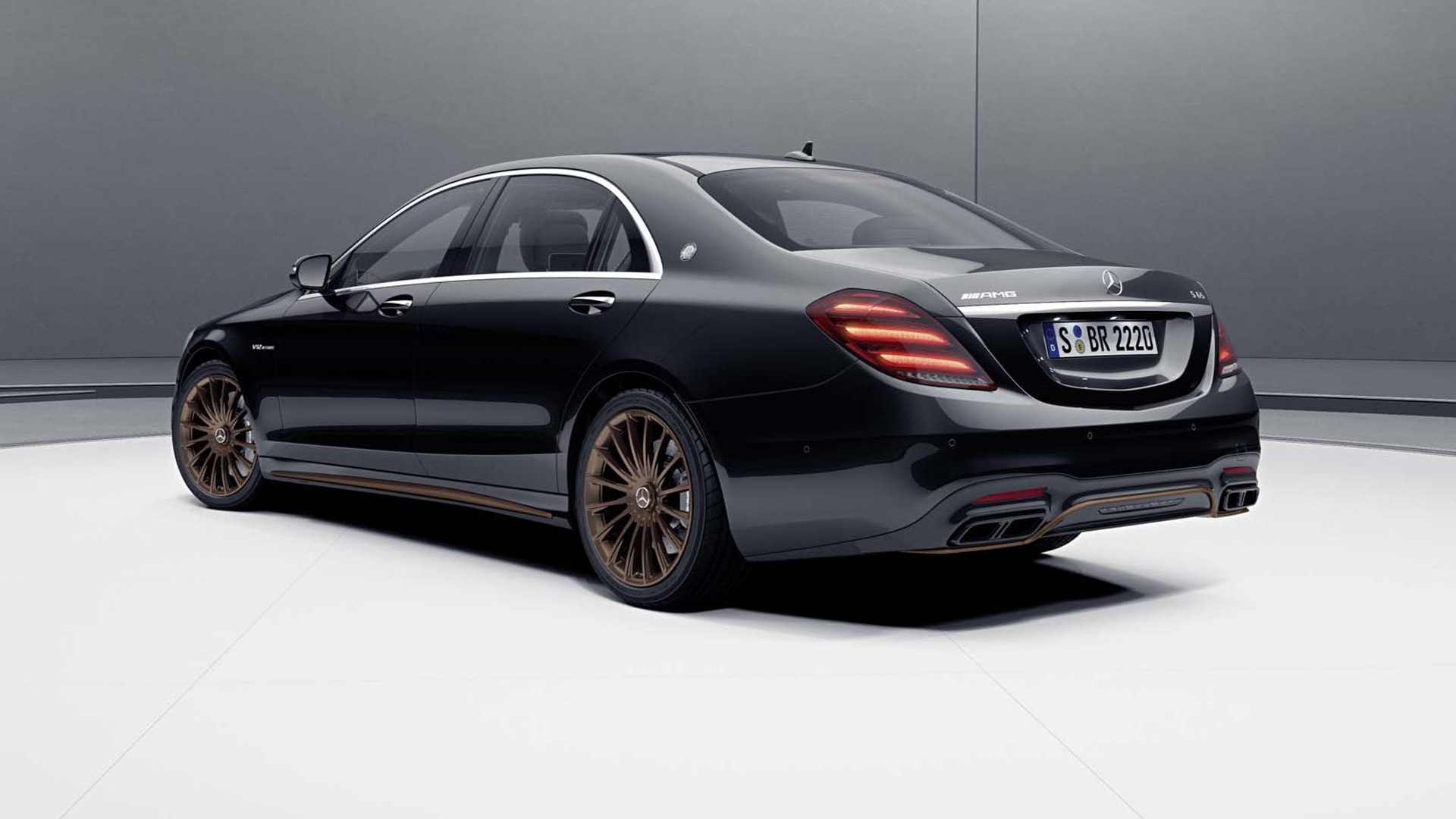 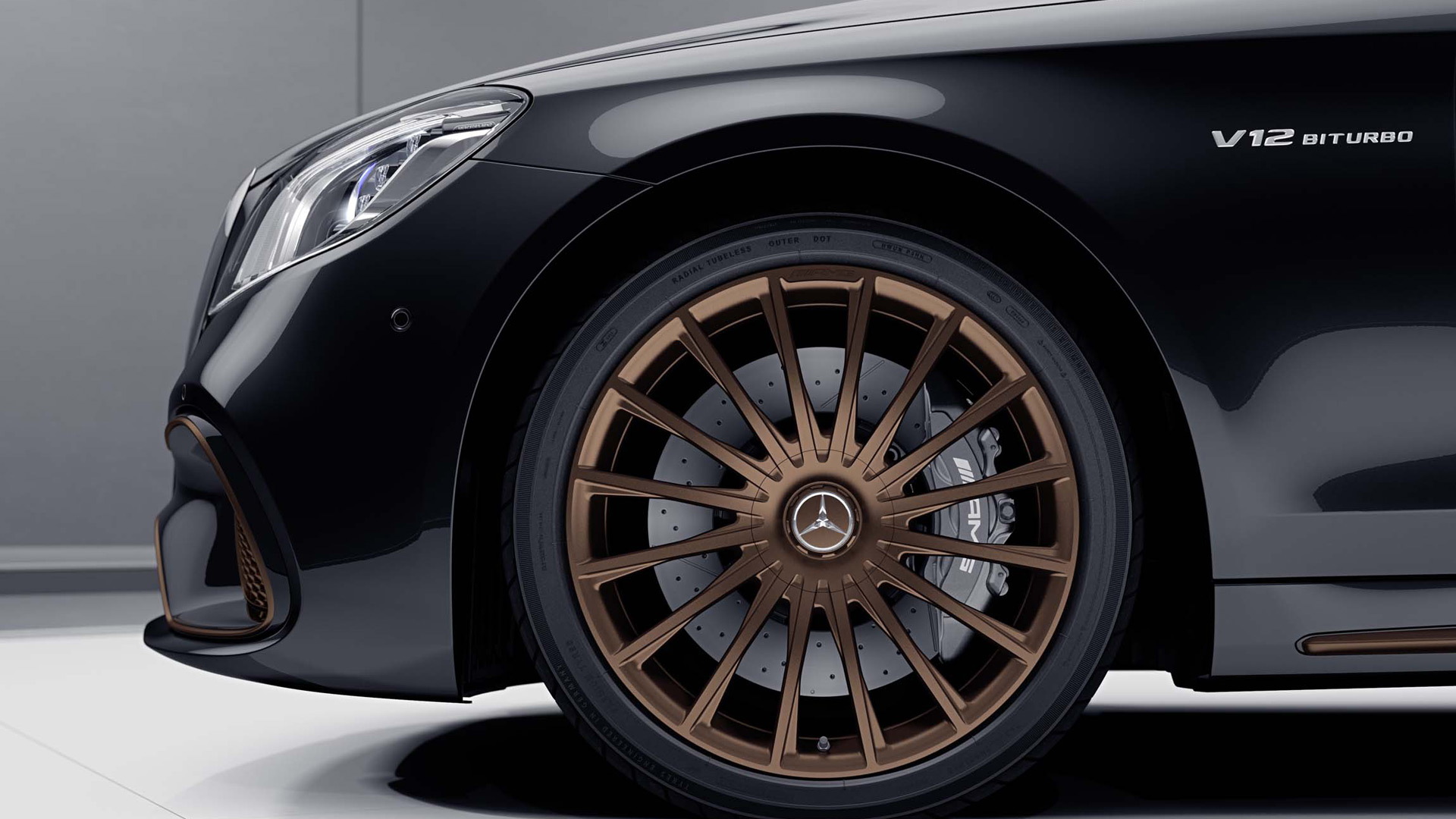 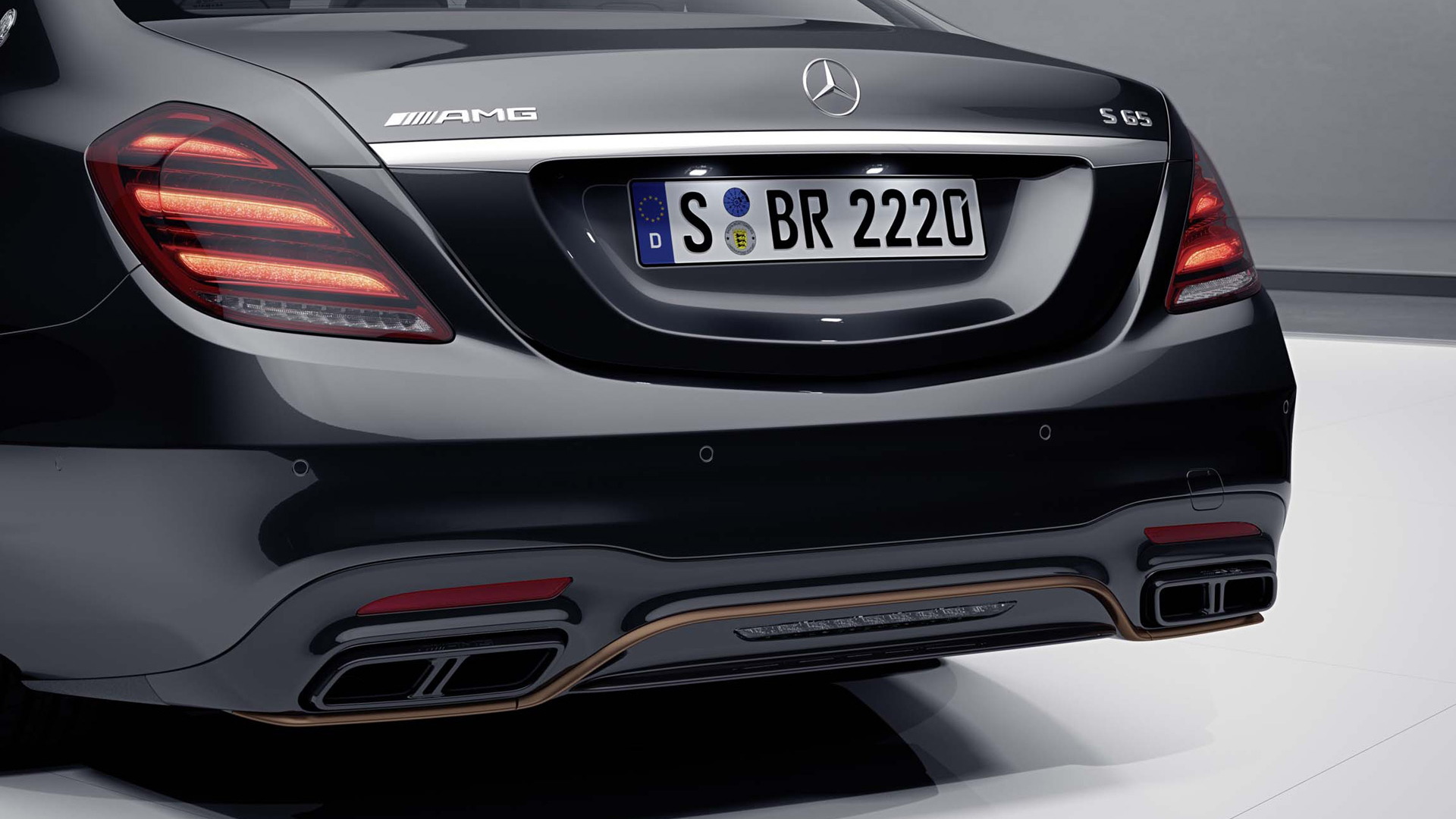 Mercedes in February confirmed that the special sedan will mark the end of the road for the engine in the S-Class range, and that we'll see the covers come off at the 2019 Geneva International Motor Show alongside the SLC Final Edition and the SL Grand Edition, which are likely swan songs themselves for the SLC and SL.

While the SLC isn't likely to be replaced, the SL isn't disappearing. It's expected to return in the form of a more luxurious soft-top convertible with 2+2 seating, and replace the S-Class Coupe in the process.

Just 130 Mercedes-AMG S65 Final Edition sedans will be built for worldwide sale, each finished in an exclusive gloss black shade. The cars will also feature matte bronze accents, such as on their 20-inch wheels and aero elements. Extra AMG badges will also don the cars.

A similar theme will continue inside, where black Nappa leather will be joined with copper-colored contrast stitching. Carbon fiber accents will also be present, and these too will feature copper-colored threads. A badge in the center console will mark the car as one out of 130. Almost every option will also be included with the cars, including the AMG Driver’s package which lifts top speed to 186 mph. Buyers will also receive a custom car cover.

We should point out that the 6.0-liter V-12 also finds a home in the current SL, and succeeding it in future generations of Mercedes' luxurious roadster is likely to be a 4.0-liter V-8 with twin turbochargers and an electric motor generating outputs upwards of 800 horsepower. While that's far more than the 621 hp found in the current V-12, it's hard to forget the character a massive engine like the 6.0-liter lump provides.

For those who mourn the V-12's death, it's very likely the engine will continue to serve Maybach models for a little while longer.

Mercedes will have a busy standard at the Geneva auto show. The three Final Edition models will be joined by two concept vehicles on Mercedes' stand at the Geneva show. First is the concept for Mercedes' Formula E car that will hit the track for the 2019/2020 season. The second is what the brand called the EQV, essentially an electric version of the V-Class van. On top of this, we'll see an updated GLC, the new GLE53, GT R Roadster and CLA Shooting Brake.

The action all unfolds March 5. In the meantime, learn about some of the other vehicles set for the show at our dedicated hub.