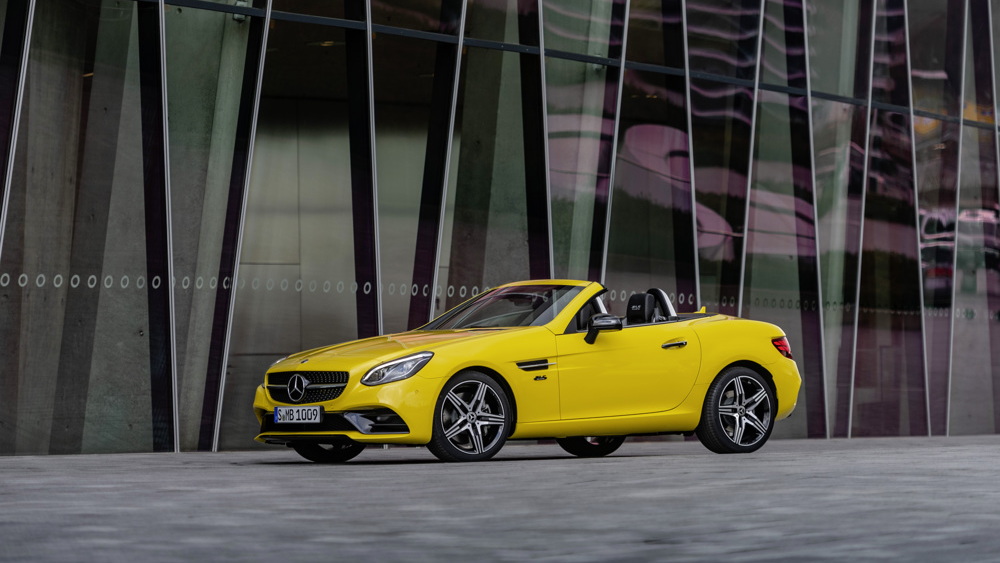 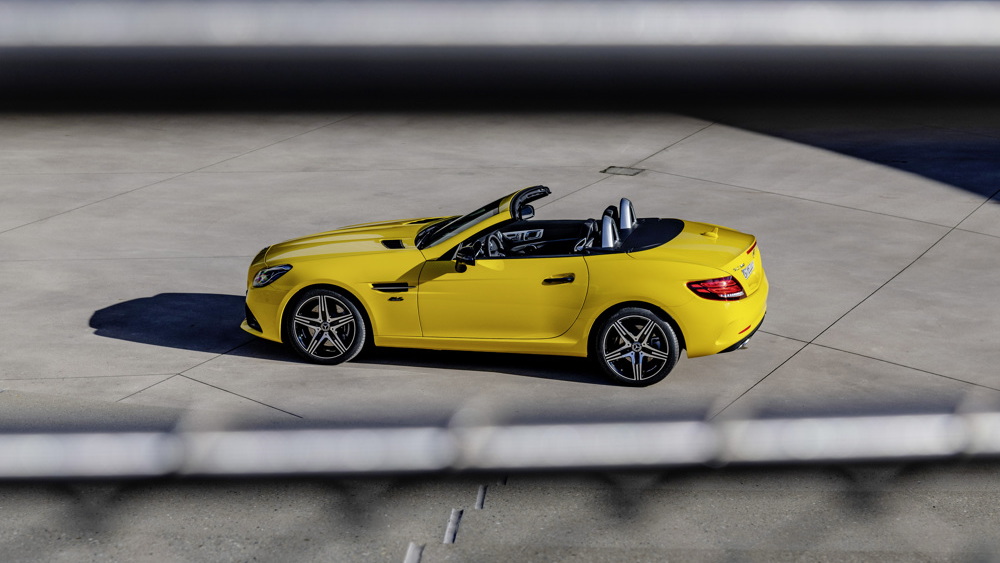 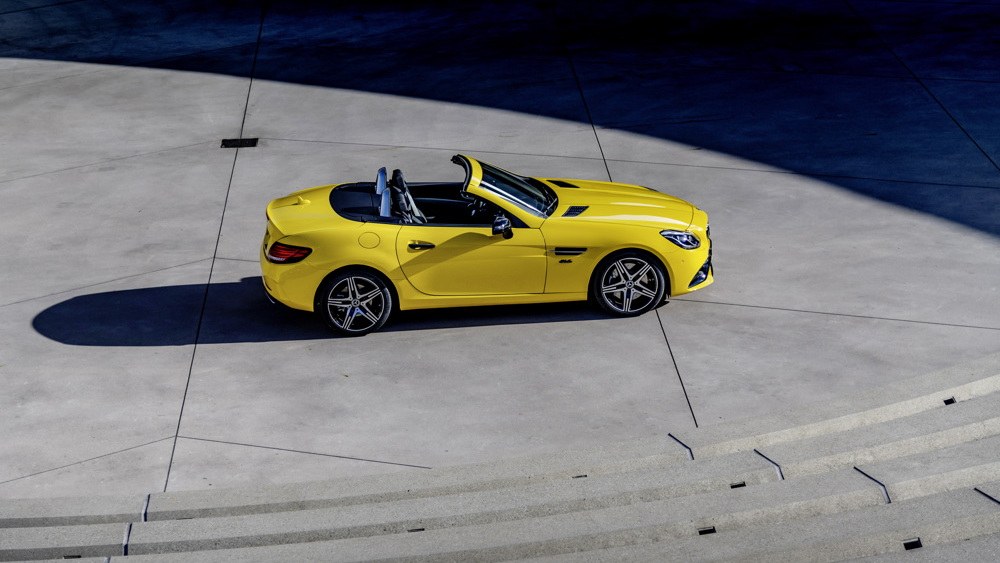 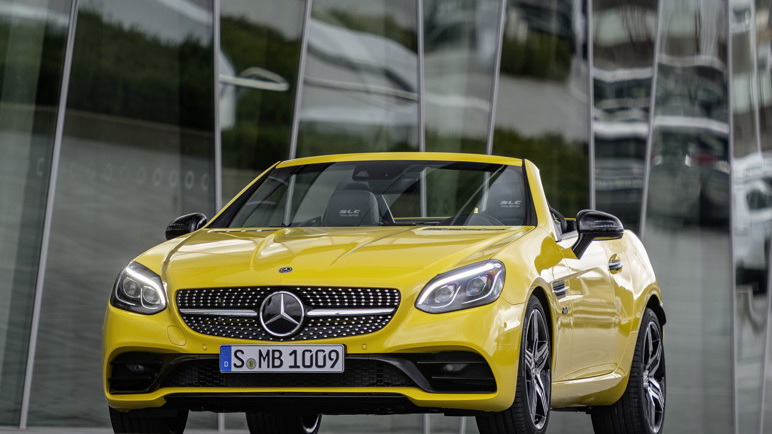 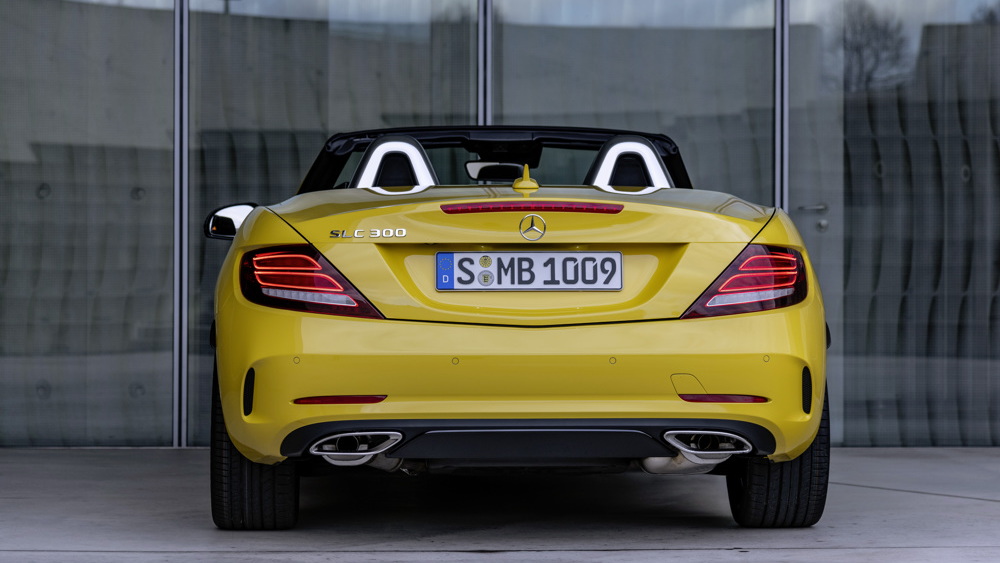 Mercedes-Benz will show two special-edition roadsters at the 2019 Geneva Motor Show next month and each will likely signal the end of the line for their model lines.

On Tuesday, Mercedes unveiled the 2020 SLC Final Edition and the SL Grand Edition, both of which will make their public debuts in Geneva.

Like the first SLK from 1996, the SLC is available in yellow. That color was called Yellowstone in Europe and Sunburst Yellow in the U.S. This version is called Sun Yellow.

Both the SLC 300 and SLC 43 get the Final Edition treatment, but only the SLC 43 will be offered in yellow. 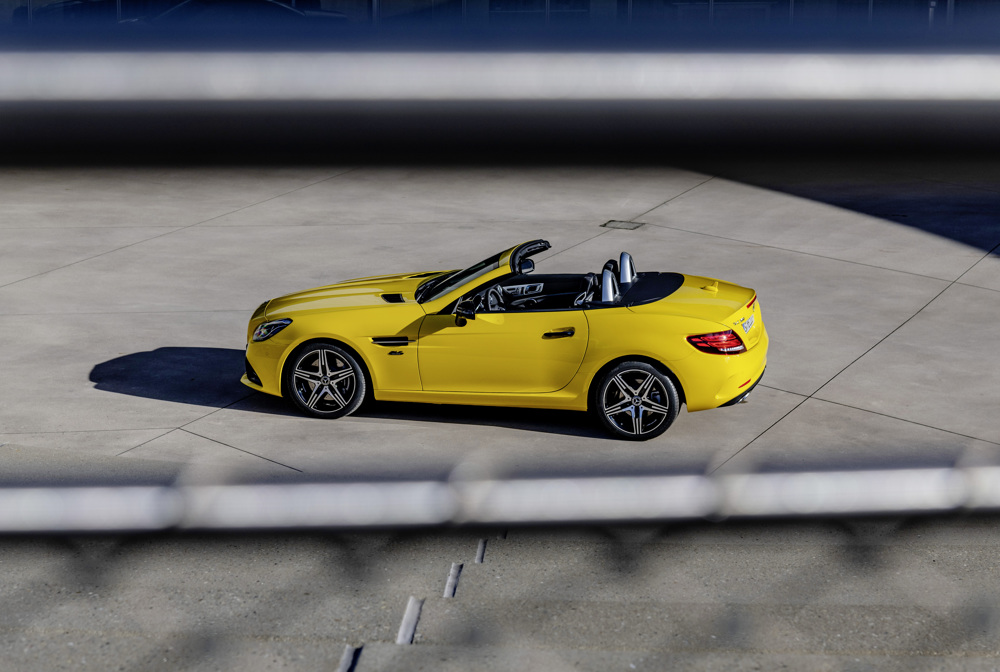 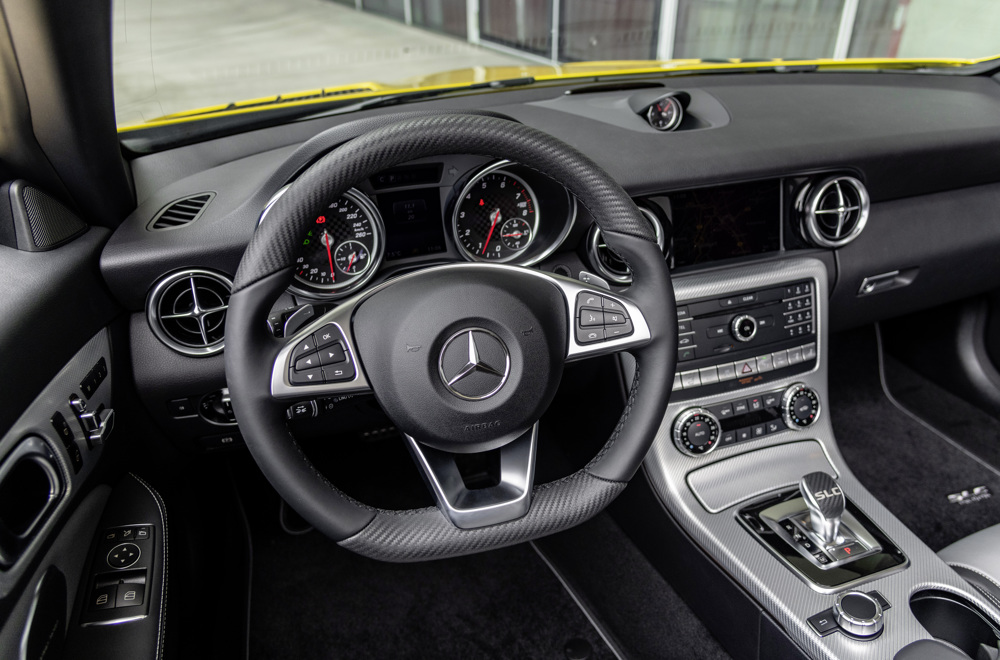 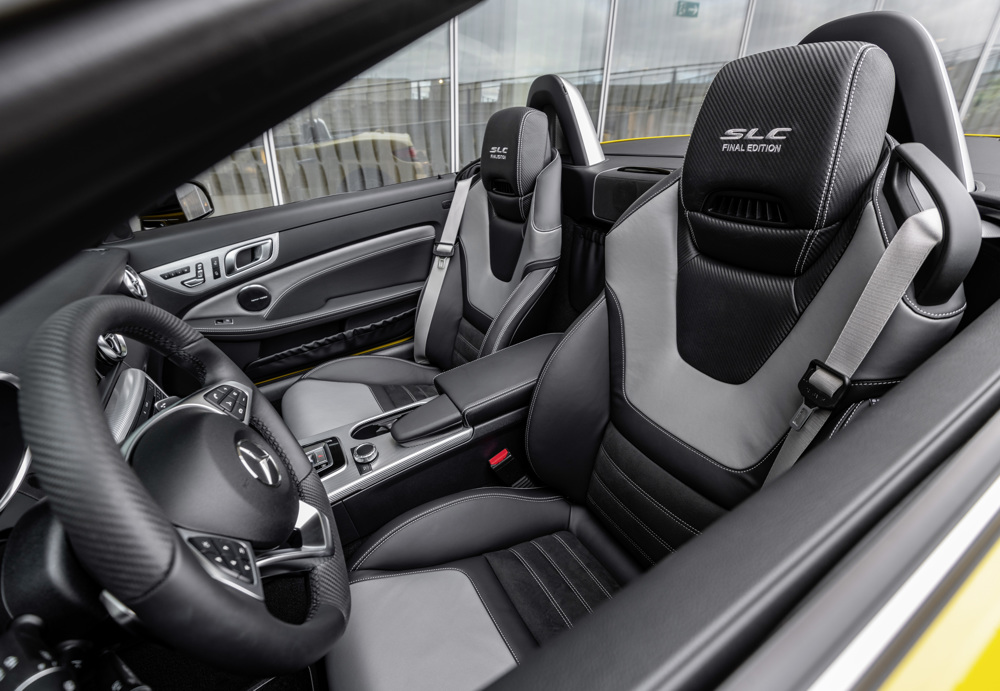 The SLC 300 comes in Selenite Grey with a gloss black finish on the door handles, mirror caps, and rear brace. It's based on the AMG Line trim, which comes with more aggressive bumpers, a 0.4-inch lower ride height, and bigger brakes. The special edition also gets chrome trim strips on the lower portion of the front bumper, “SLC Final Edition” badges on the front fenders, and gloss-black 18-inch AMG wheels.

Inside, it has nappa leather in black and silver pearl with gray stitching and gray seat belts. Carbon-fiber-look leather is used for seat inserts, the gearshift, and the steering wheel.

The yellow SLC 43 Final Edition adds gloss black on the front splitter, side fins, Mercedes star, mirror caps, rear fascia, and door handles. The wheels are flat black and they mount staggered-size 18-inch wheels. Inside, the look is much like the SLC 300, but the SLC 43 also has a crystal gray 12-o'clock marker and an additional "AMG EDITION” badge on the steering wheel.

Both Final Edition models will hit the market in 2020 and that is likely the final year for the slow-selling roadster.

The SLC's bigger brother, the SL, is more likely to live on, though in a new, higher-performance package.

Before that happens, however, the SL Grand Edition will arrive in 2020, also in two versions. 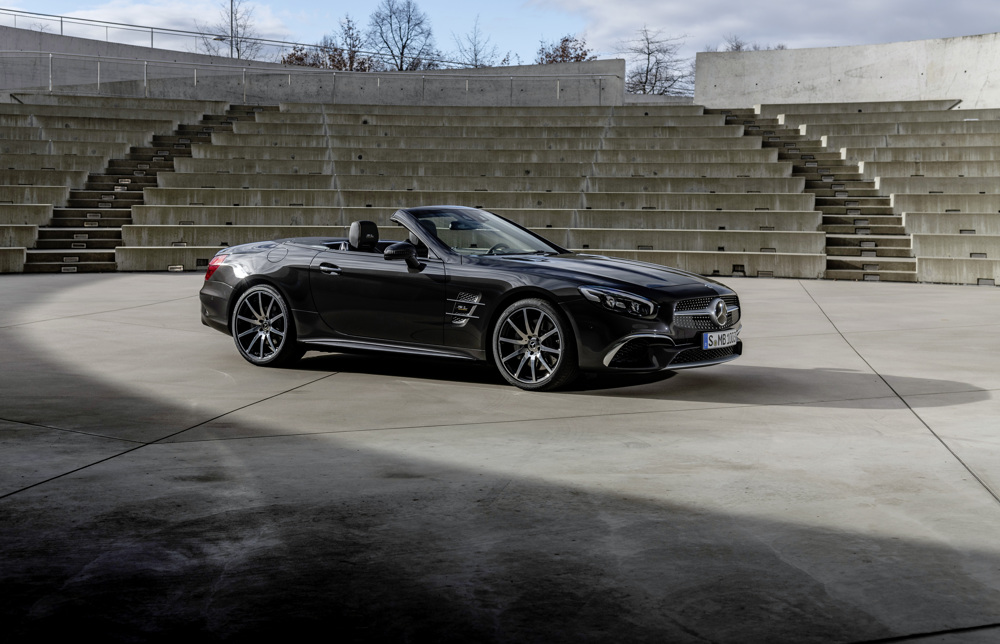 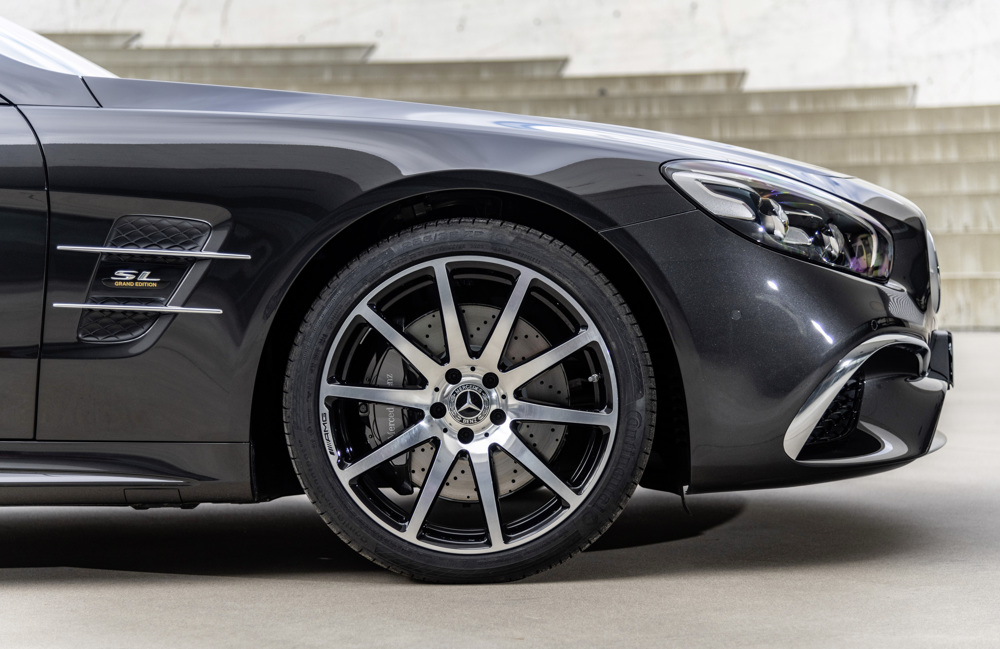 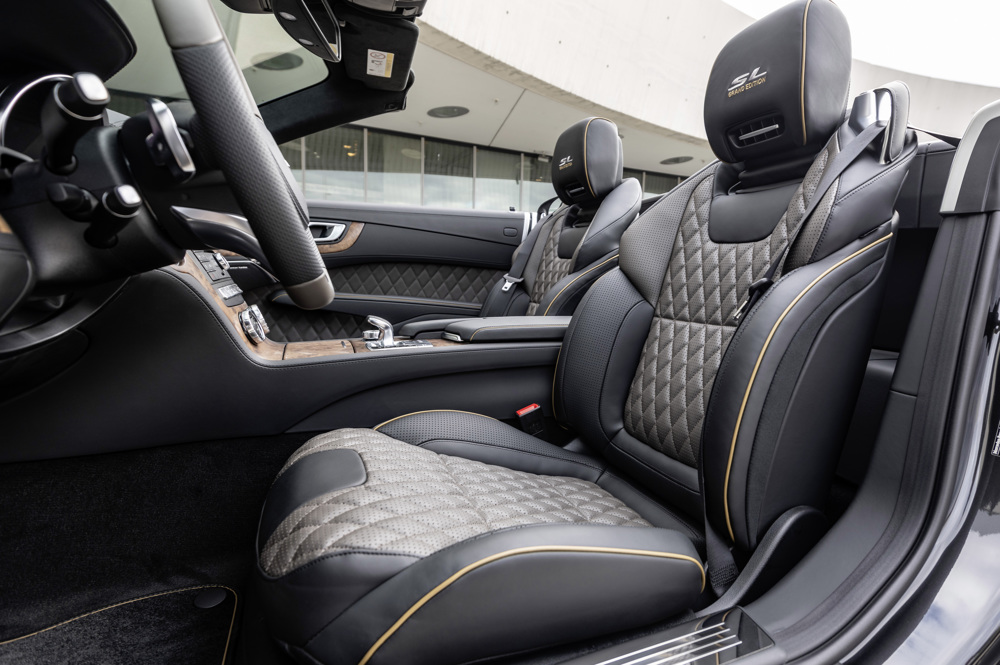 Both the SL 450 and SL 550 Grand Edition models will come in Graphite Gray with chrome and matte silver bumper elements to create a special look. Unique forged 10-spoke, 19-inch front and 20-inch rear wheels from AMG have a gloss finish with gloss black between the spokes. "SL Grand Edition" appears on the mudguards. The available sport suspension is standard, and it lowers the cars by 0.4 inches.

The cabin boasts designo Tundra Brown Pearl leather with a metallic surface, diamond quilting, and Golden Oliver Pearl piping. An embroidered model logo appears on the head restraints. The steering wheel features the same leather, but it has perforated black nappa leather in the grip areas.

A next-generation SL could arrive shortly after the 2020 model year, and it is expected to be more visually adventurous, possibly with inspiration taken from the original Mercedes 300SL Gullwiing of the 1950s.

The next SL is expected to deliver more performance, too, possibly with a V-8 hybrid powertrain delivering as much as 805 hp.