Ford ditched the V-6 engine for the 2018 model year, but that leaves buyers with fewer choices than rival Chevrolet Camaro customers. Ford is also stuck with a larger power gap between the standard 2.3-liter turbo-4 and the 5.0-liter V-8 than Chevrolet. It looks like Ford has a remedy for the situation coming for the 2020 model year.

Hagerty reported on NHTSA VIN decoding documents on Thursday that show not one, but two 2.3-liter turbo-4 engine codes. The first is the same turbo-4 we've come to know in the Mustang with 310 horsepower. The second 2.3-liter turbo-4 listed simply says "TBD" under the horsepower column.

A more powerful turbo-4 engine as an option would bridge the gap between the existing base Mustang's 310 ponies and the Mustang GT's 435 hp. Without the bridge, the Chevrolet Camaro has the upper hand, since Chevy still offers buyers three standard-line choices: a 275-hp 2.0-liter turbo-4, a 335-hp 3.6-liter V-6, and a 455-hp 6.2-liter V-8. While Ford's turbo-4 outperforms Chevy's, the Camaro's V-6 has 25 more hp than Ford's base engine. A massaged 2.3-liter turbo would likely meet or beat the V-6's output. 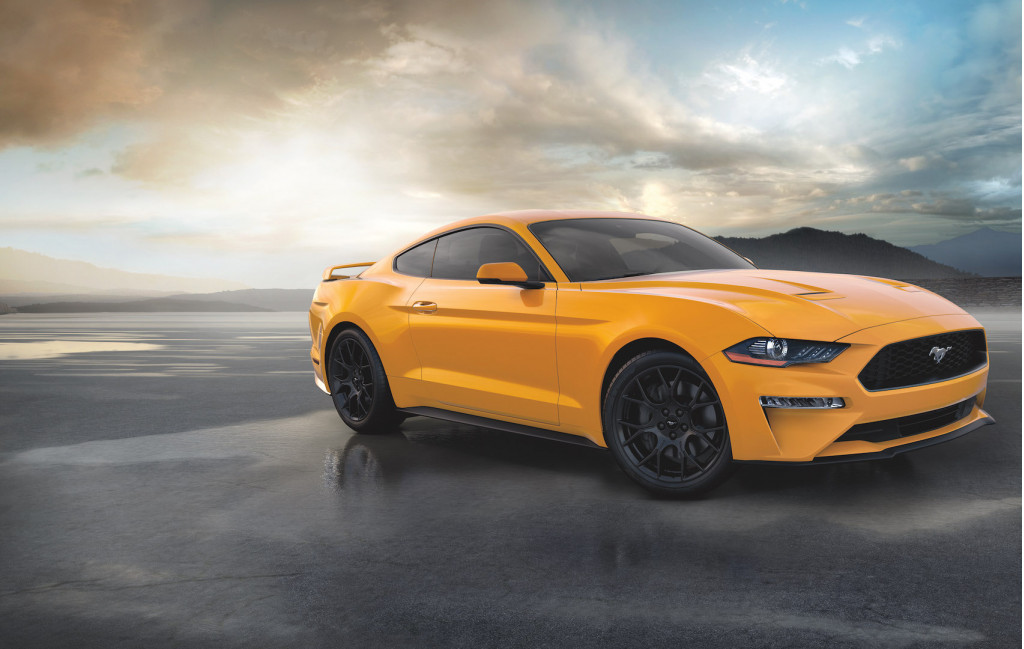 The 2.3-liter turbo-4 is nearly identical to the mill found in the Ford Focus RS, which makes 350 hp without batting an eye. If Ford leapfrogs the Camaro's V-6, it could spell more trouble for the Bowtie brand as Camaro sales continue to sit at the bottom of the pony car race. The Ford Mustang was 2018's top seller in the category, while the aging Dodge Challenger placed second (and actually saw its sales grow compared to 2017).

Motor Authority reached out to Ford for comment on the possibility of a second power output for the Mustang's turbo-4 and spokesperson Mike Levine told us, "We’re always elevating Mustang and will share more exciting news this spring."