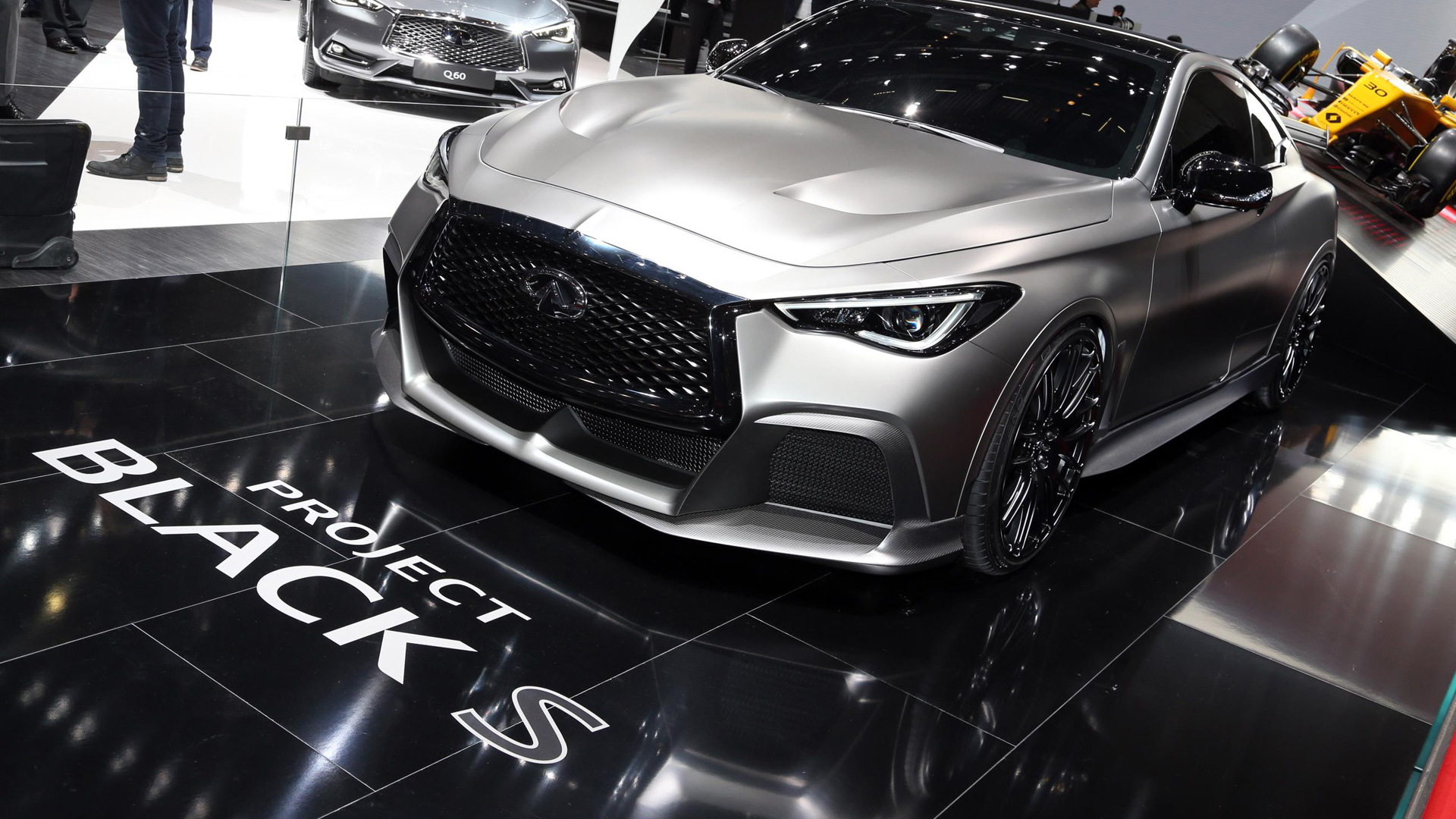 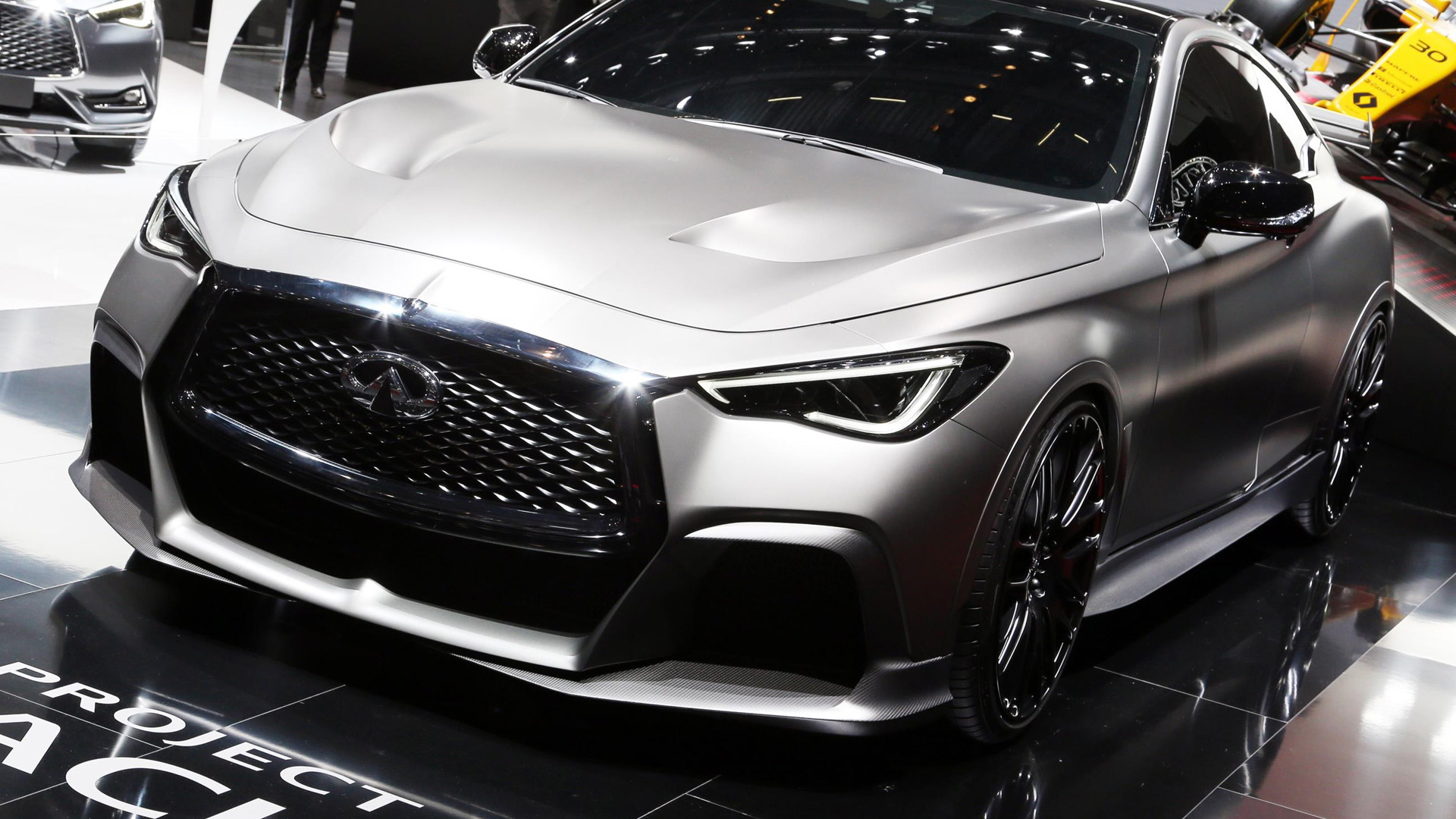 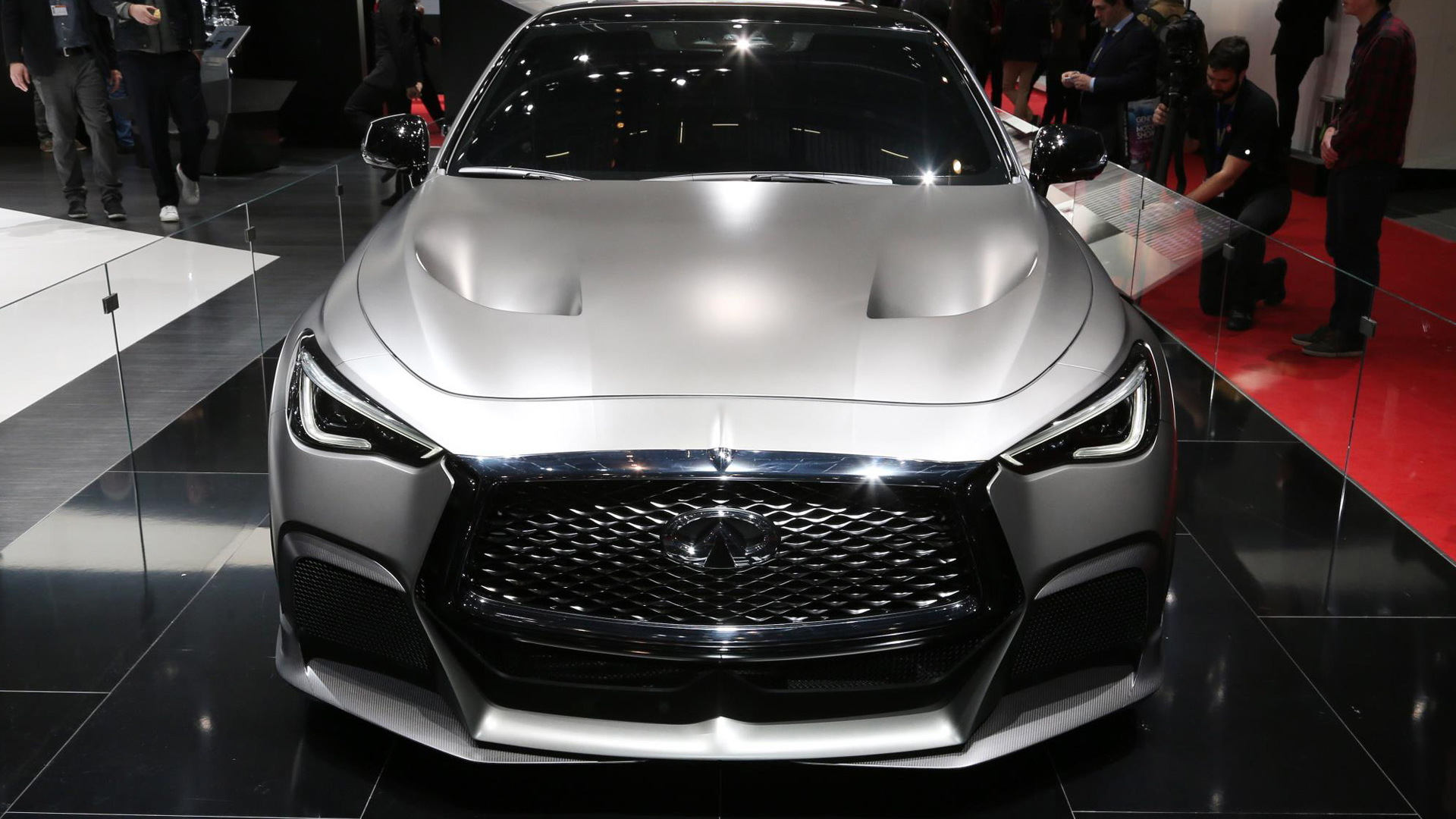 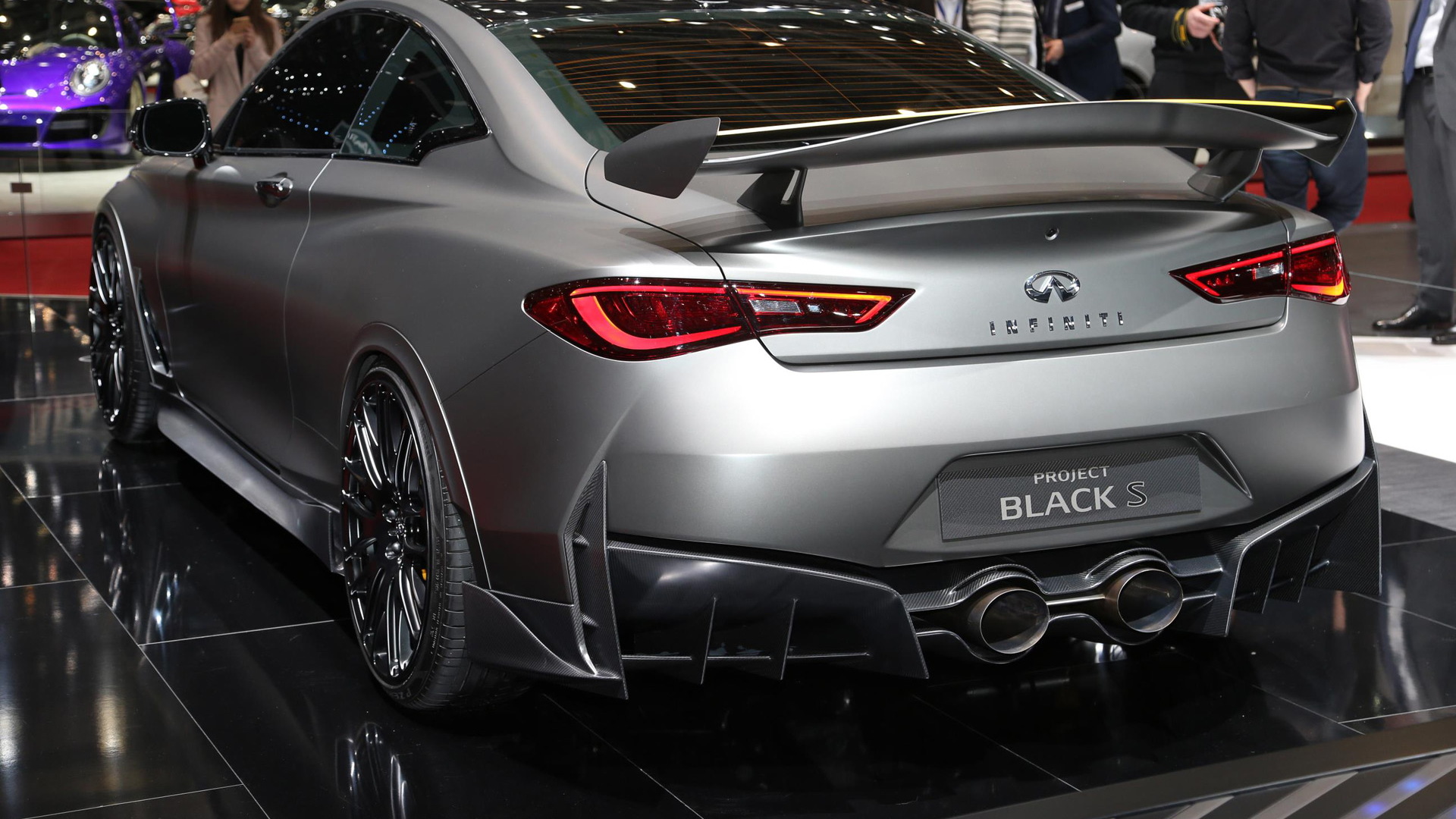 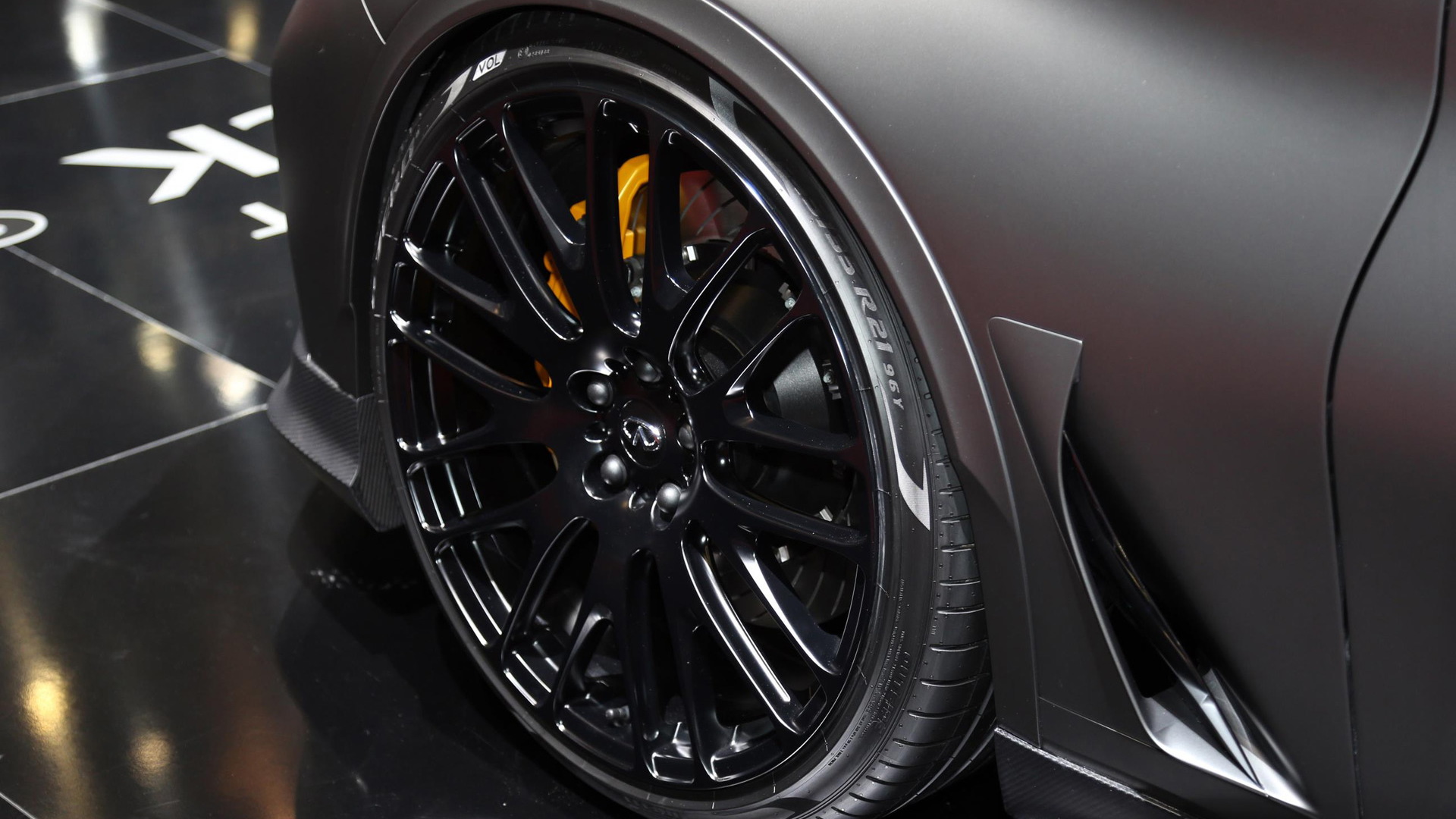 The concept is called the Q60 Project Black S, and it was built to highlight Infiniti’s links with the Renault Sport Formula One team as well as to gauge interest in a new performance division called Black S and utilizing F1-derived technology.

Yes, we’ve been here before—twice, in fact. First there was the FX Sebastian Vettel Version unveiled in 2011, and then there was the Q50 Eau Rouge unveiled in 2014. Hopefully third time's a charm for Infiniti in its attempts to finally launch a rival to BMW M and Mercedes-AMG.

The concept is based on the Q60 Red Sport 400 version of the Q60 coupe, whose twin-turbocharged 3.0-liter V-6 engine already delivers a stout 400 horsepower. Infiniti hasn’t released specific details on the hybrid system it installed but says the Q60 Project Black S augments the V-6 with a motor-generator and high-rate discharge batteries. The engineers also installed a high-flow exhaust made from titanium.

The result is a 25 percent gain in power, so in the vicinity of 500 hp all up. Infiniti says the hybrid setup is unlike any used on a road car at present, and that it also enables “instant, lag-free acceleration.”

The Q60 Project Black S also suggests how lightweight wheels (in this case a 21-inch set) and wider performance tires could be deployed for greater traction, while hinting at a weight reduction program to fully offset the additional weight of the performance hybrid system.

Extensive use of carbon fiber aerodynamic elements was also employed to boost downforce. These elements include the front splitter, side skirts, rear diffuser, rear wing, and ultra-thin “aero blades” in the side sills ahead of the rear wheels. The latter channel air around the lower body of the car.

“Infiniti is the premium car manufacturer within the Renault-Nissan Alliance, and a technical partner to the Renault Sport Formula One Team, so it is natural that we come together to explore the possibility of bringing innovative high-performance hybrid technology to our customers,” Infiniti boss Roland Krueger said in a statement.