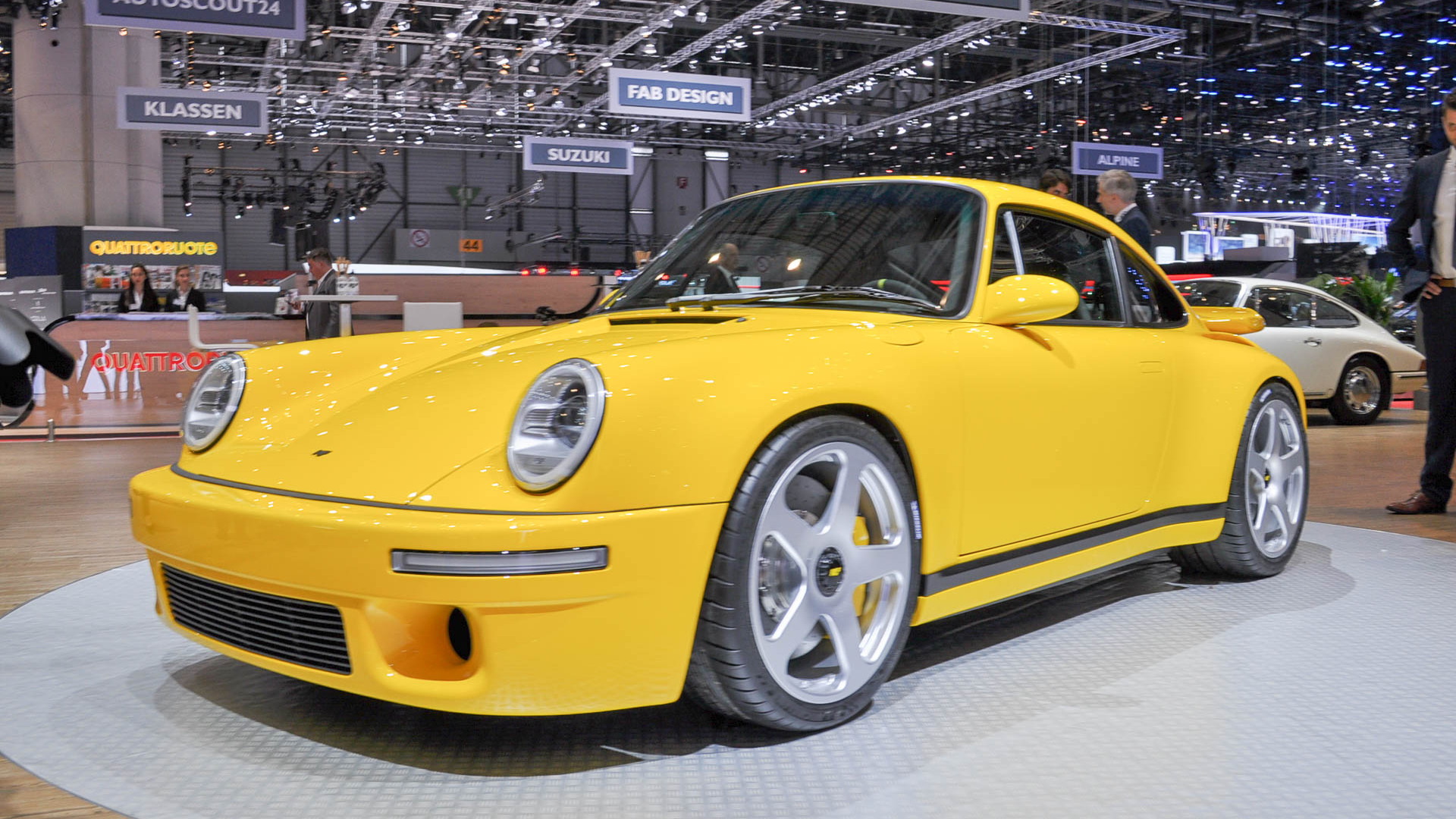 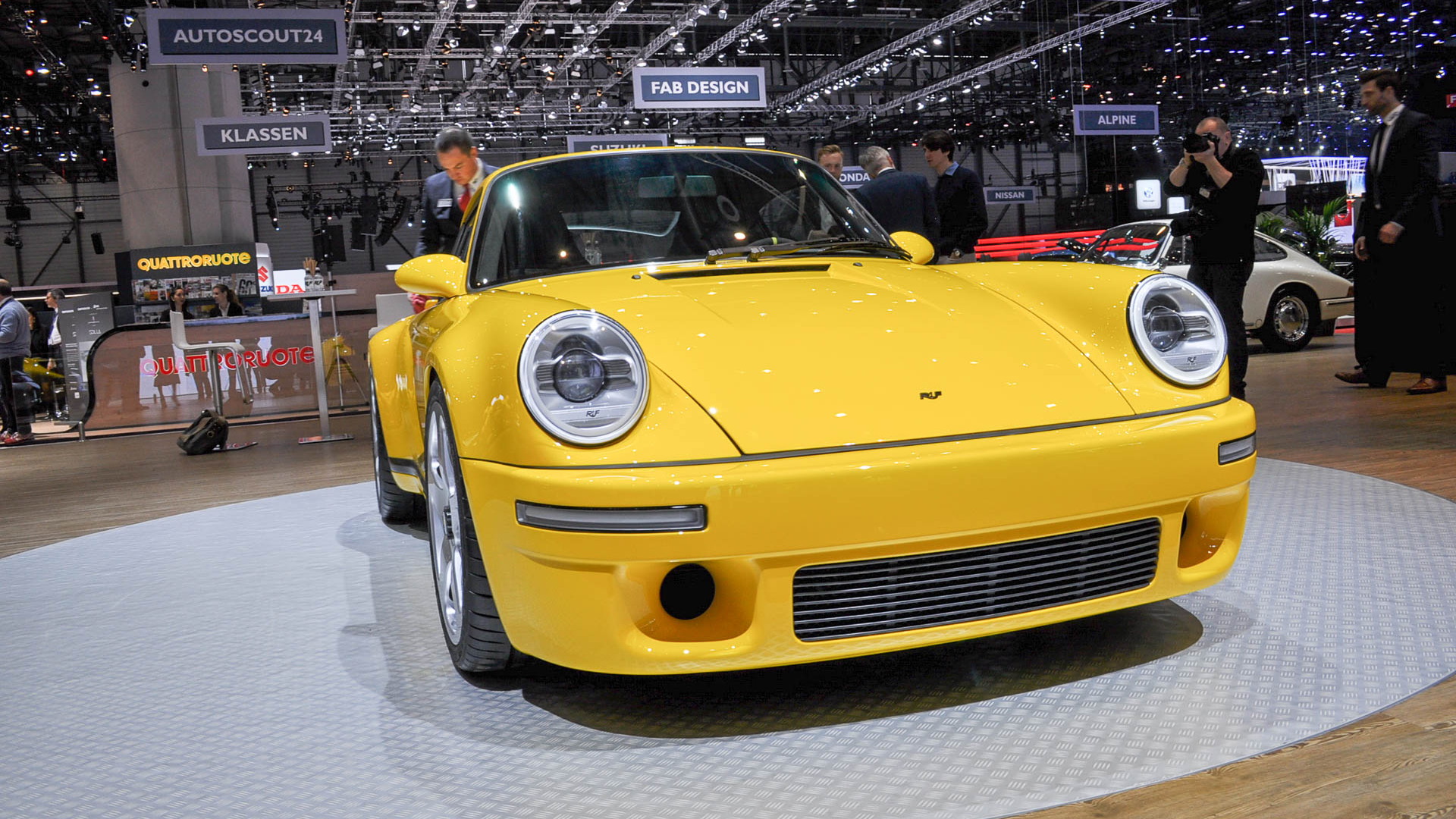 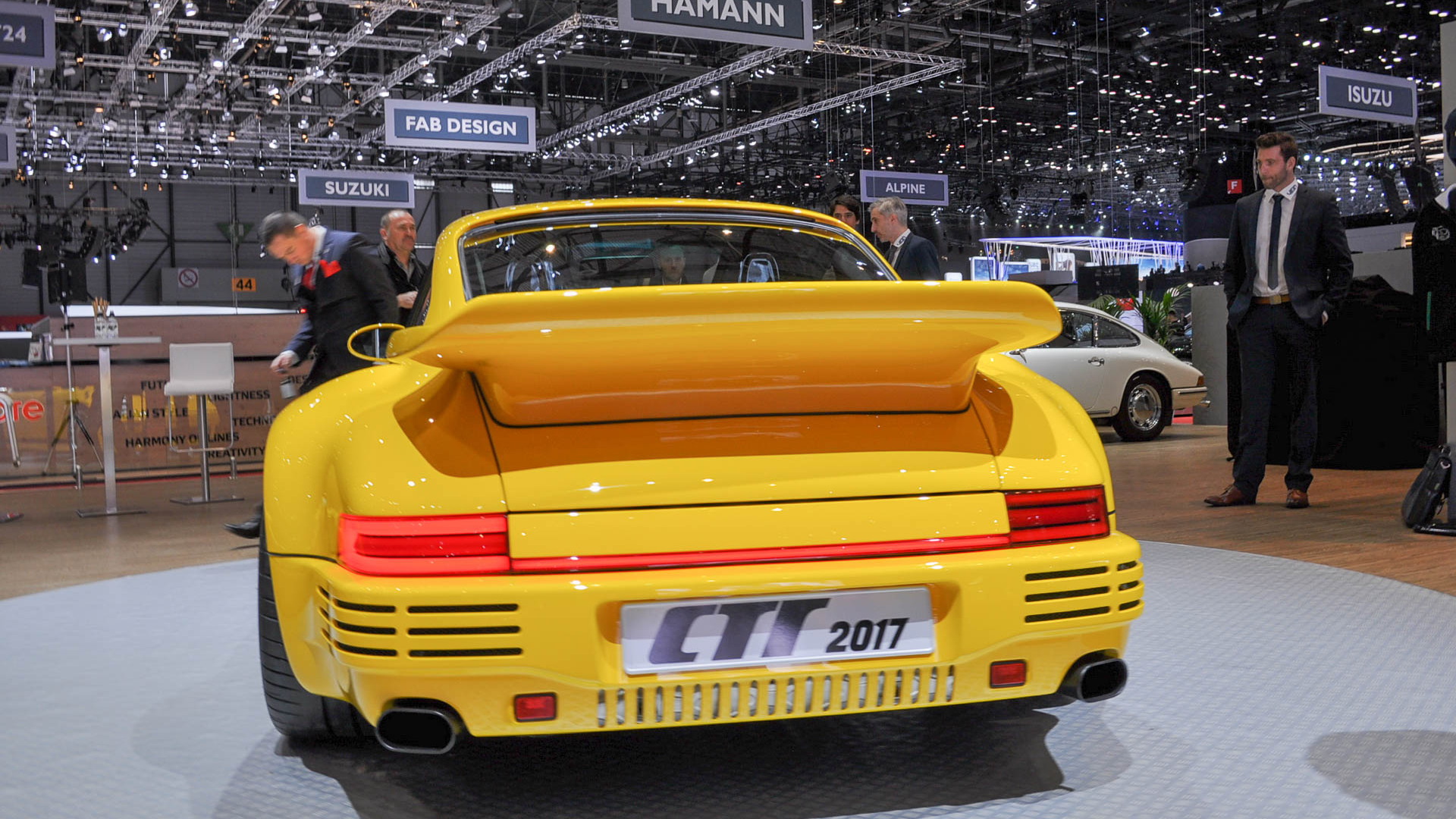 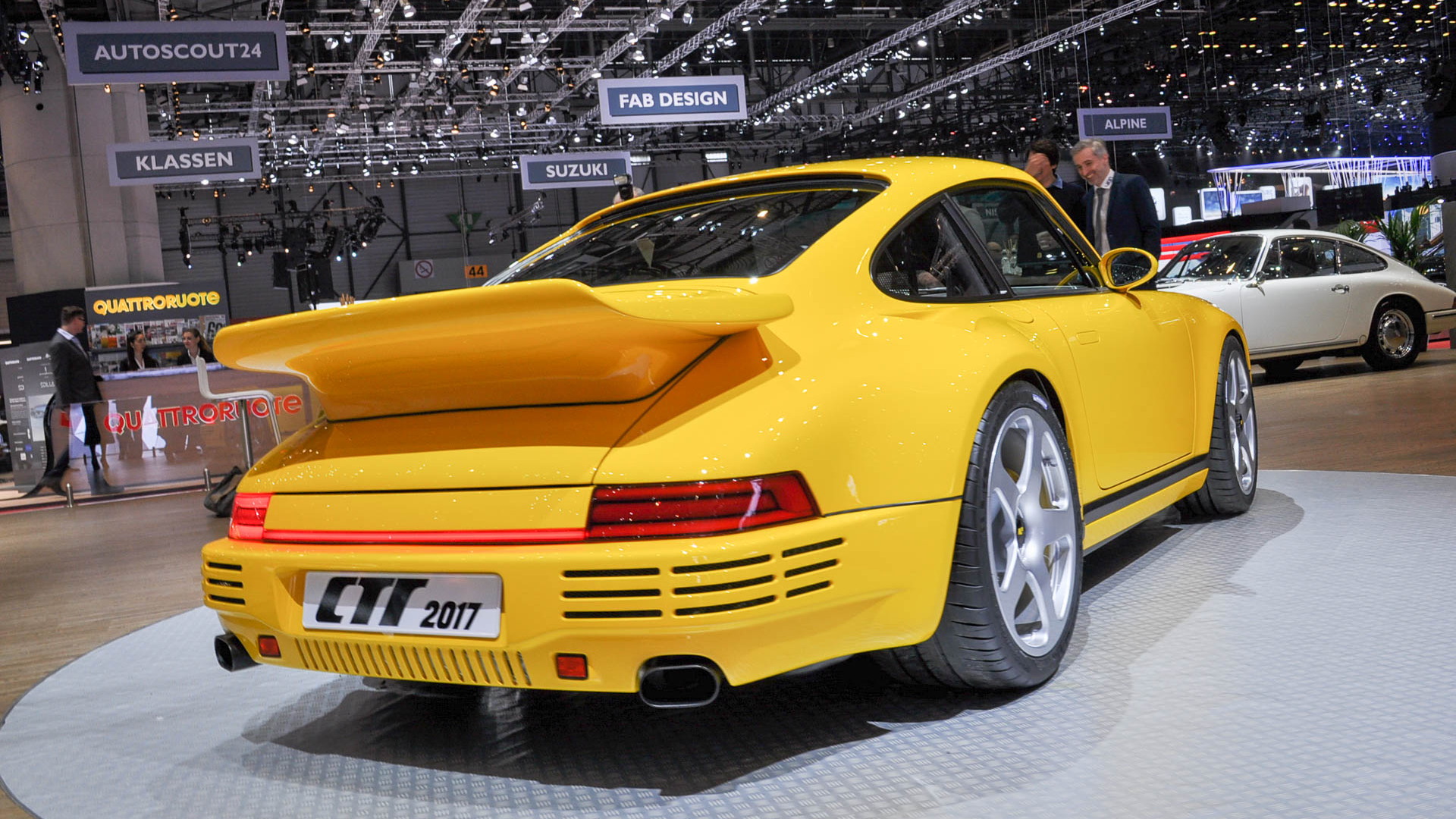 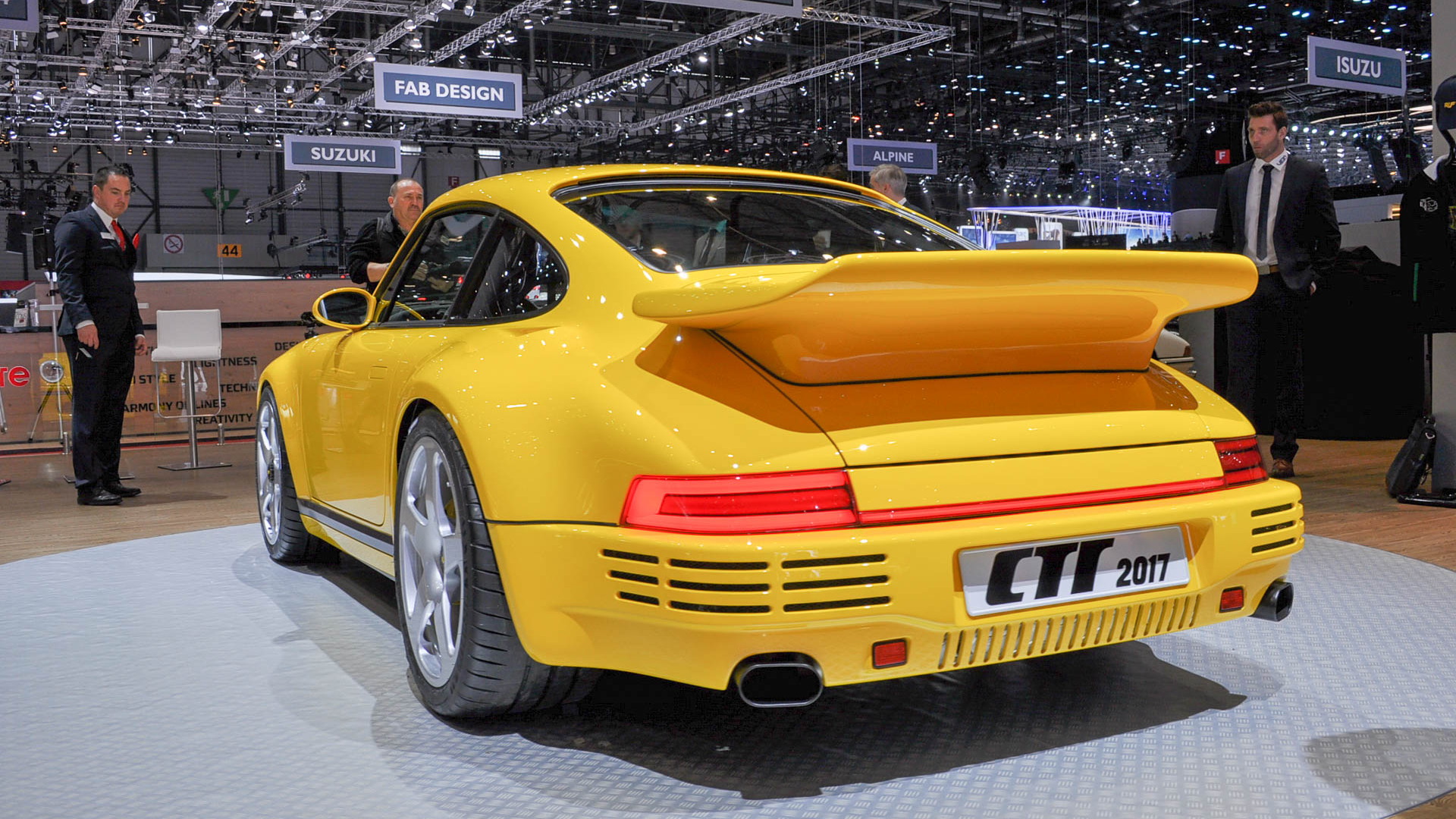 Famous Porsche tuner Ruf has returned with a new generation of its CTR sports car, and the latest is the first car completely developed in-house by the still family owned business run out of Pfaffenhausen, Germany.

On display this week at the 2017 Geneva auto show, the new CTR, the fourth in the line of CTR (Group C, Turbo, Ruf) sports cars that began 30 years with the famous CTR “Yellowbird,” is billed as the first car with a carbon fiber tub and rear engine mounting.

Its engine is a twin-turbocharged 3.6-liter flat-6 that Ruf’s engineers have tuned to deliver 700 horsepower and 649 pound-feet of torque. It’s paired with a 6-speed manual transmission and drive is sent to the rear wheels only, via a limited-slip differential.

Ruf quotes a 0-62 mph time of less than 3.5 seconds. Keep accelerating and 124 mph should pass in less than 9.0 seconds and ultimately the car should top out somewhere around 225 mph.

“The concept for the 2017 CTR is one that I have had in my head for a very long time,” Ruf President and owner Alois Ruf said in a statement. “We have been waiting for the right point in our history to build our own car and the 30th anniversary of the CTR Yellowbird is that moment.”

The body of the car is also made from carbon fiber and pays tribute to the 1987 CTR, and, of course, the Porsche 911, on which the original CTR was based. The silhouette, narrow body, rear air inlets and fascias are all direct nods to the flushed look of the '87 model.

Ensuring excellent handling characteristics, the modern car uses double-wishbone suspension arms in a pushrod configuration for both the front and rear axles. The wheels are center-locking 19-inch forged alloys wrapped in tires measuring 245/35 at the front and 305/30 at the rear, and carbon-ceramic brakes feature at all four corners. Weight is said to be down to just 2,640 pounds dry.

One final nod to the 1987 CTR is the minimalist interior. Alcantara is the upholstery of choice both for its aesthetics and weight saving properties that, in combination with the carbon fiber seats, leather trim and analog gauges, give the cockpit a good mix of modern and retro touches.

Production of Ruf’s latest CTR is due to start in early 2018 and just 30 examples are destined to be built.