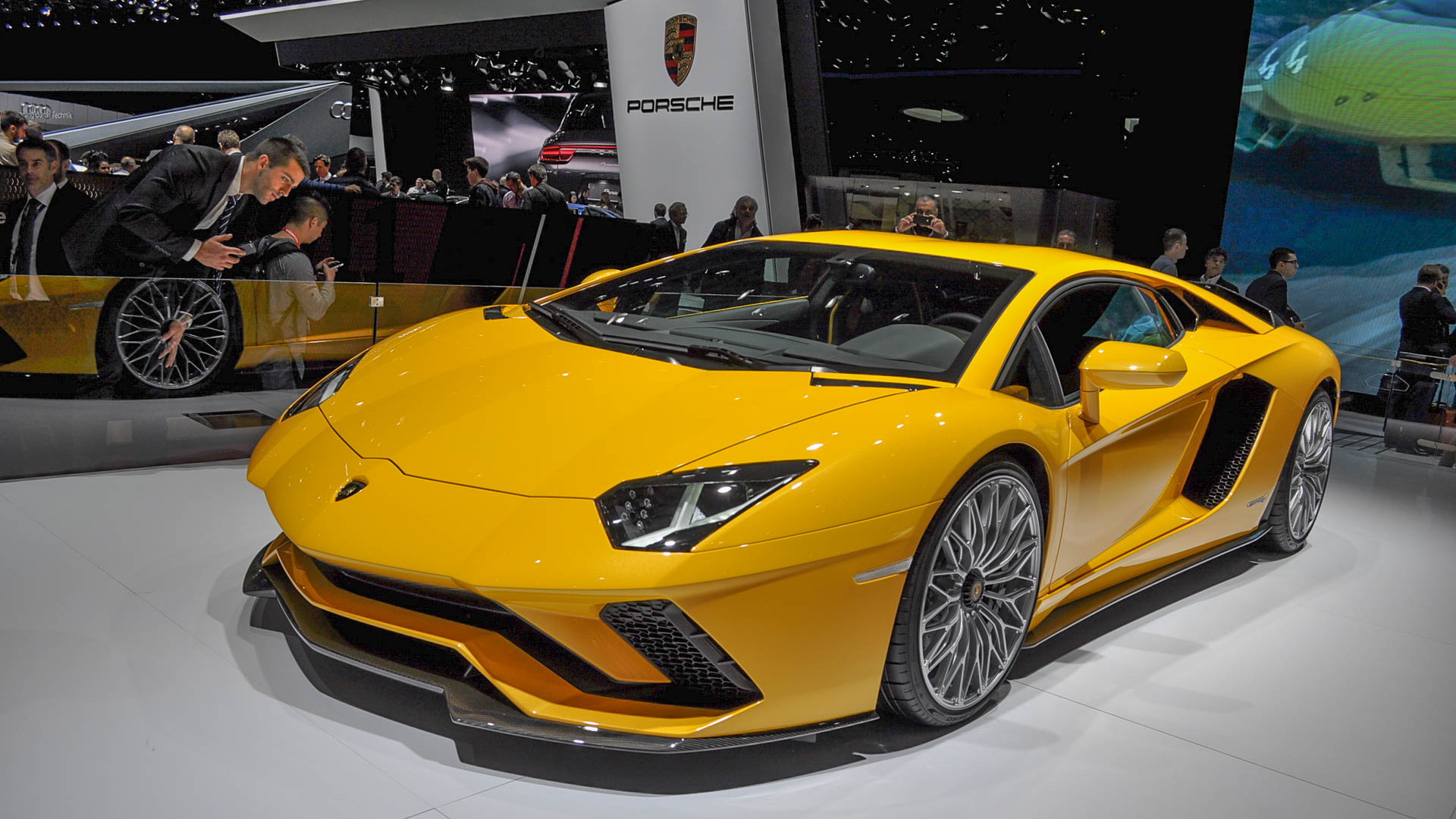 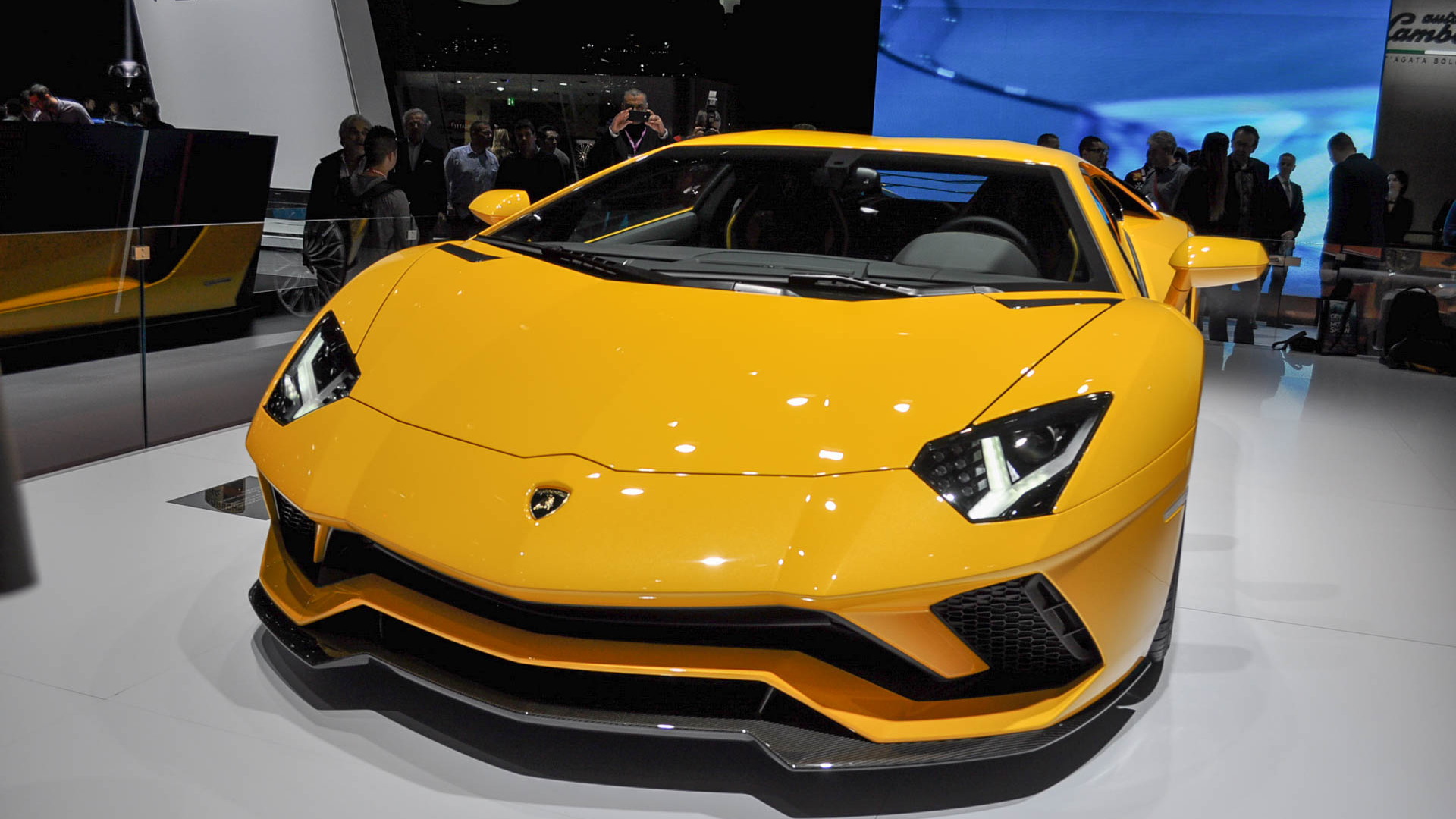 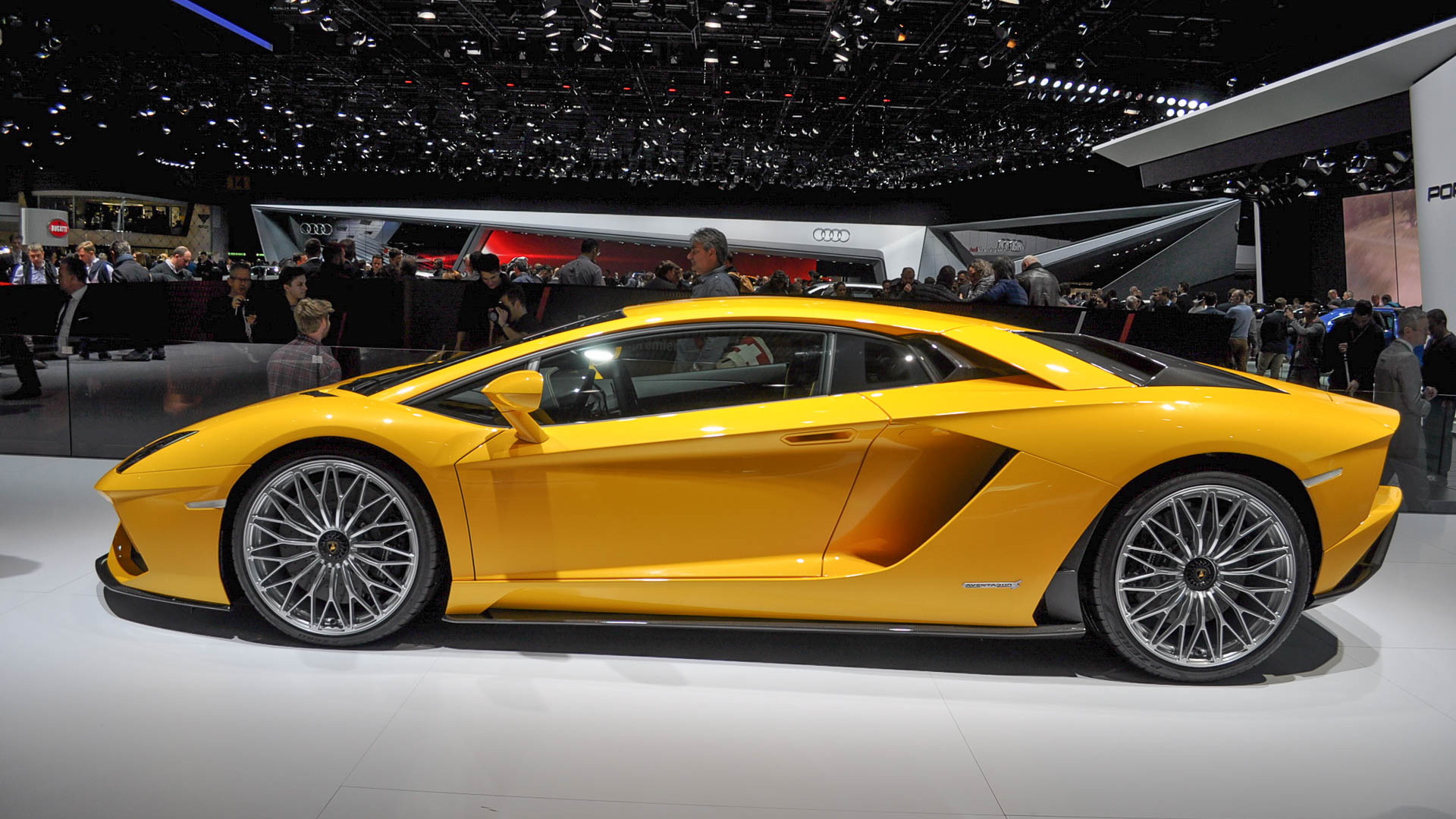 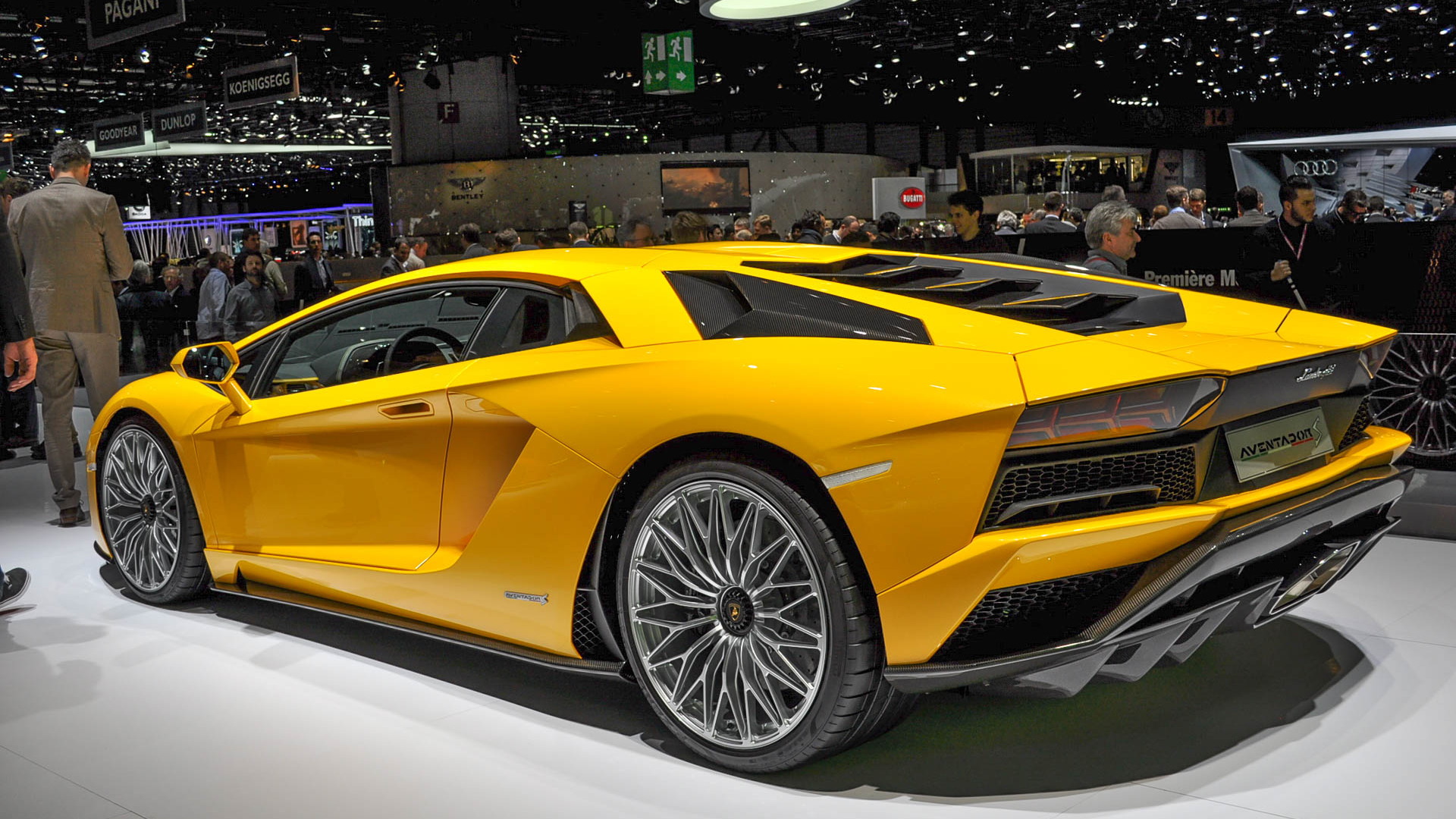 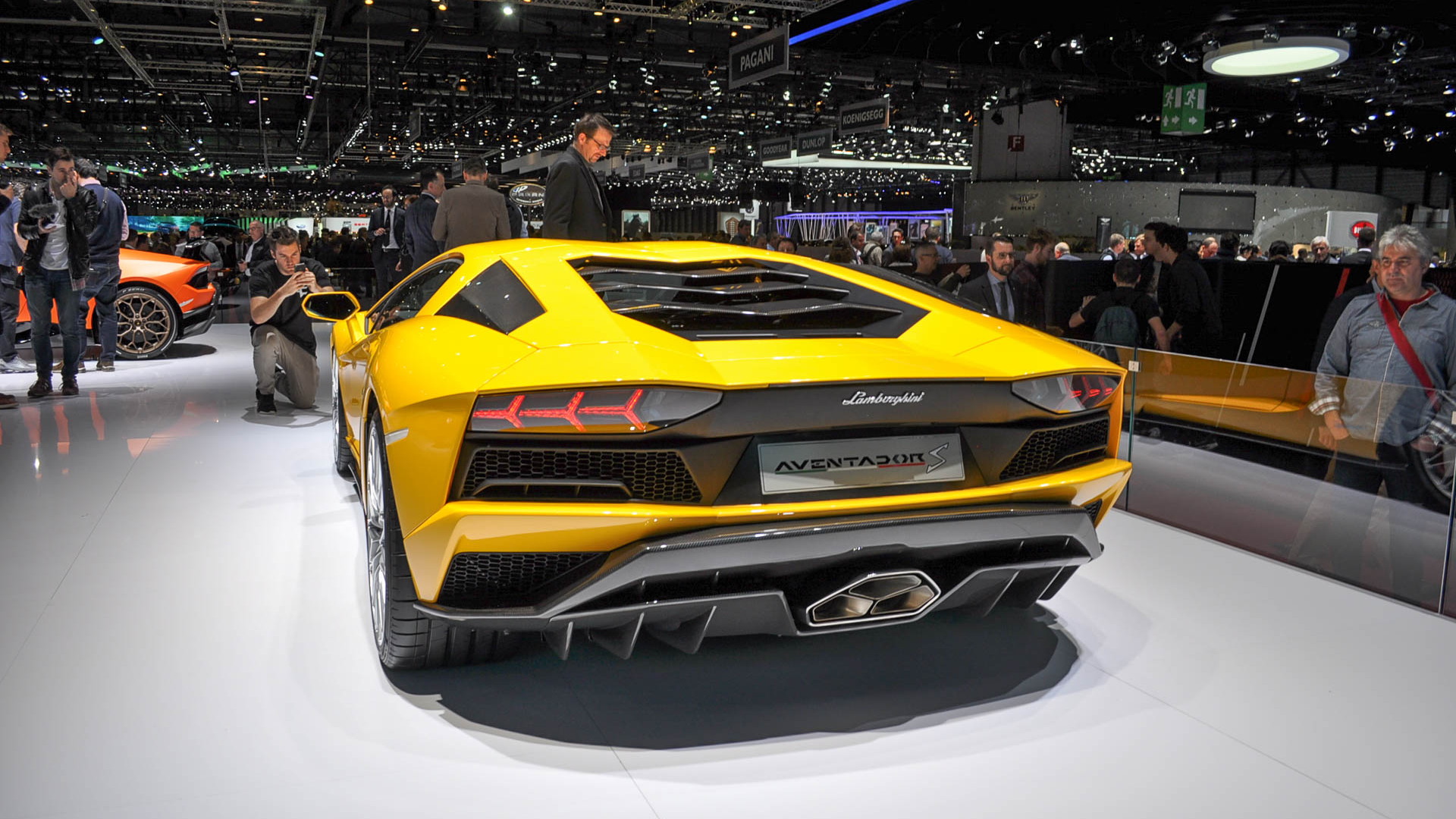 Lamborghini on Tuesday at the 2017 Geneva auto show unveiled the Aventador S, an updated version of the firm’s flagship supercar boasting an aggressive new look, improved handling and, most important of all, more power.

The letter S has previously been used to denote enhanced models from Lamborghini, the previous instances being some true classics like the Miura S and Countach S, and now the tradition continues with the Aventador S.

Power still comes from a 6.5-liter V-12 with cylinder deactivation technology but changes to the valve timing and the exhaust—now 20 percent lighter—has seen output boosted to 730 horsepower and 509 pound-feet of torque. That’s up from 691 hp previously. Peak torque is unchanged but according to Lamborghini the torque curve has been made flatter, which should lead to improved response. Finally, maximum revs has been increased from 8,350 to 8,500 rpm.

Also unchanged is the Aventador’s Independent Shifting Rod (ISR) transmission. The automated manual unit has always been a bit touchy, especially at lower speeds where it can cause the car to unexpectedly lunge forward at times, and we were hopeful that this unit would receive some revisions.

Other upgrades include the new aerodynamics, a four-wheel-steering system and magnetic dampers, the latter borrowed from the more extreme Aventador SuperVeloce.

Thanks to the aerodynamic changes, front downforce has been improved by more than 130 percent over the current Aventador. When the car's ring wing is in its optimum position the overall efficiency at high downforce is improved by over 50 percent, and in a low drag setting by more than 400 percent compared to the current model. The improvements are achieved at the front primarily by the more aggressive nose and longer front splitter and at the rear by the wing and diffuser.

In the chassis department, the four-wheel-steering, the first time used on a production Lamborghini, improves agility at low and medium speeds and stability at high speeds. Further honing the handling are the aforementioned magnetic dampers as well as a new specially developed set of Pirelli P Zero tires that Lamborghini says have been designed for higher lateral acceleration and reduced understeer. Lamborghini also fits carbon-ceramic brake discs as standard on the Aventador S. These help bring the beast to a standstill from 62 mph in 101 feet.

One final chassis feature worth mentioning is the new Ego mode for the driving modes selector. It joins the previous Strada, Sport and Corsa modes and is a fully customizable option where the driver can choose his or her ideal settings for all the separate elements controlled by the driving modes selector, such as the engine, transmission, all-wheel-drive system, steering and suspension. In some of the settings, up to 90 percent of the drive torque can now be channeled to the rear wheels only.

There are some changes in the cabin, too. Key among these is a new infotainment system that debuted in the Centenario. It includes Internet connectivity and Apple CarPlay smartphone integration. As an option, buyers can select a performance data recorder.

Deliveries of the Aventador S commence in the spring, with pricing in the United States starting at $421,350.