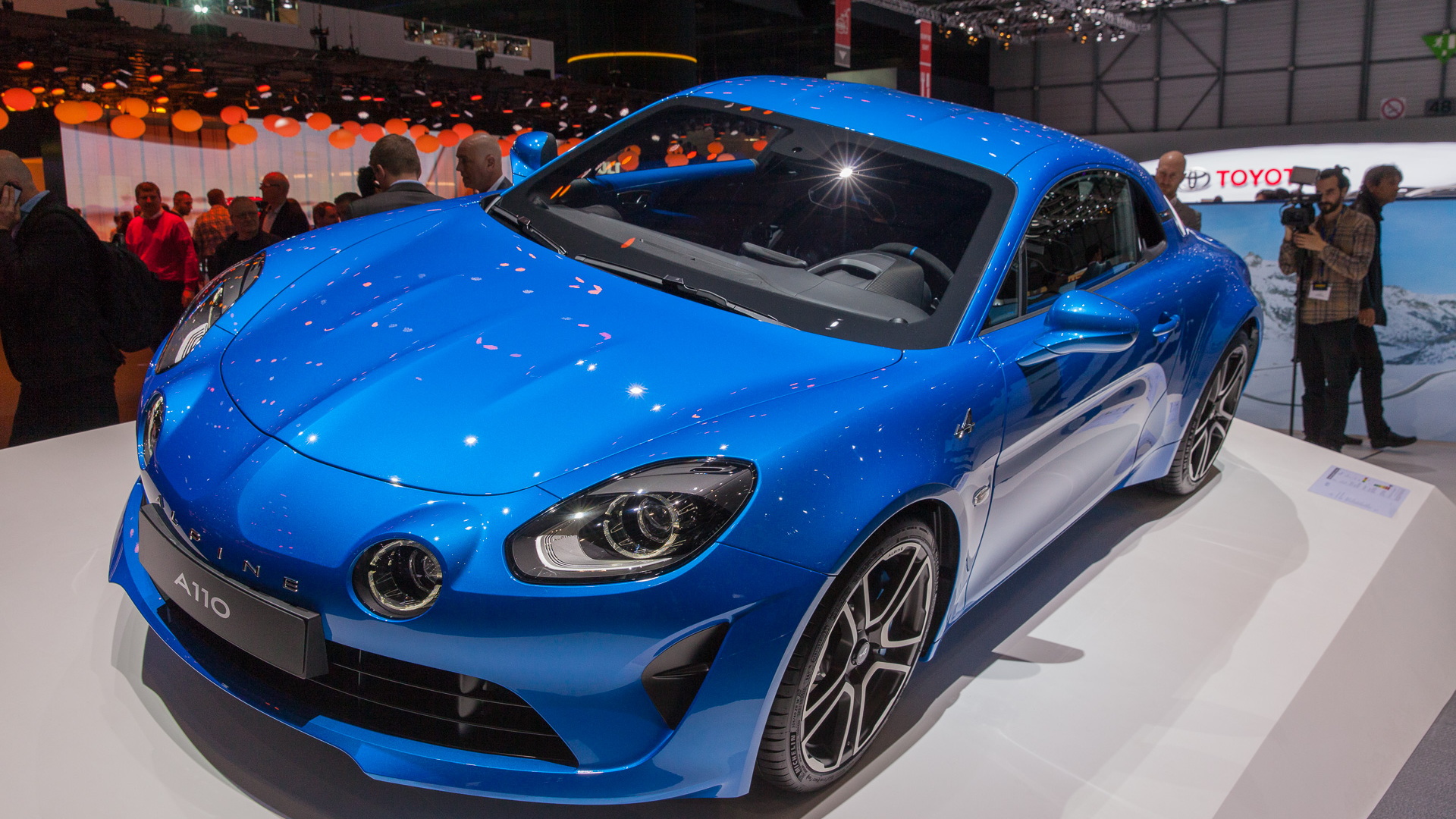 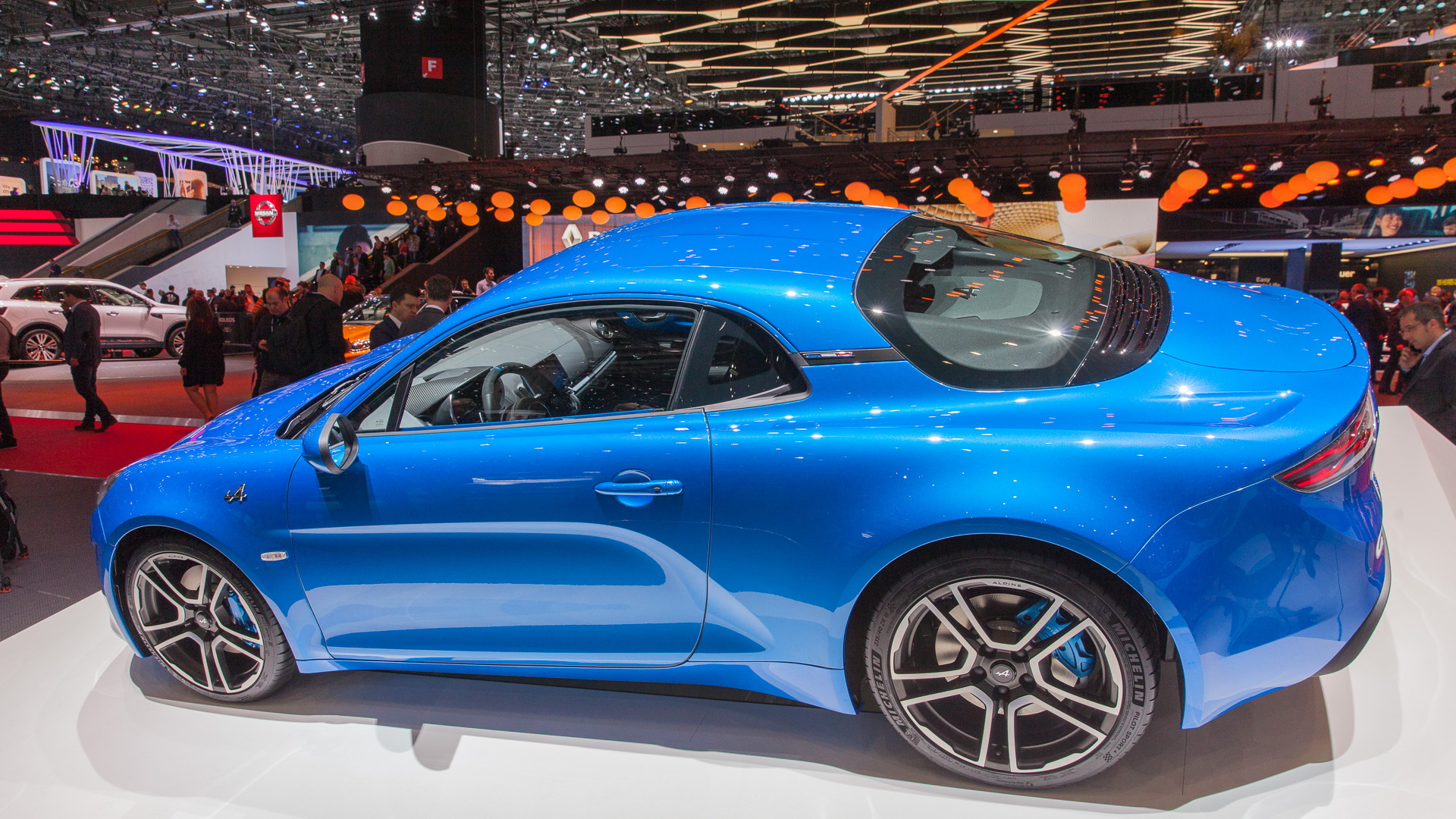 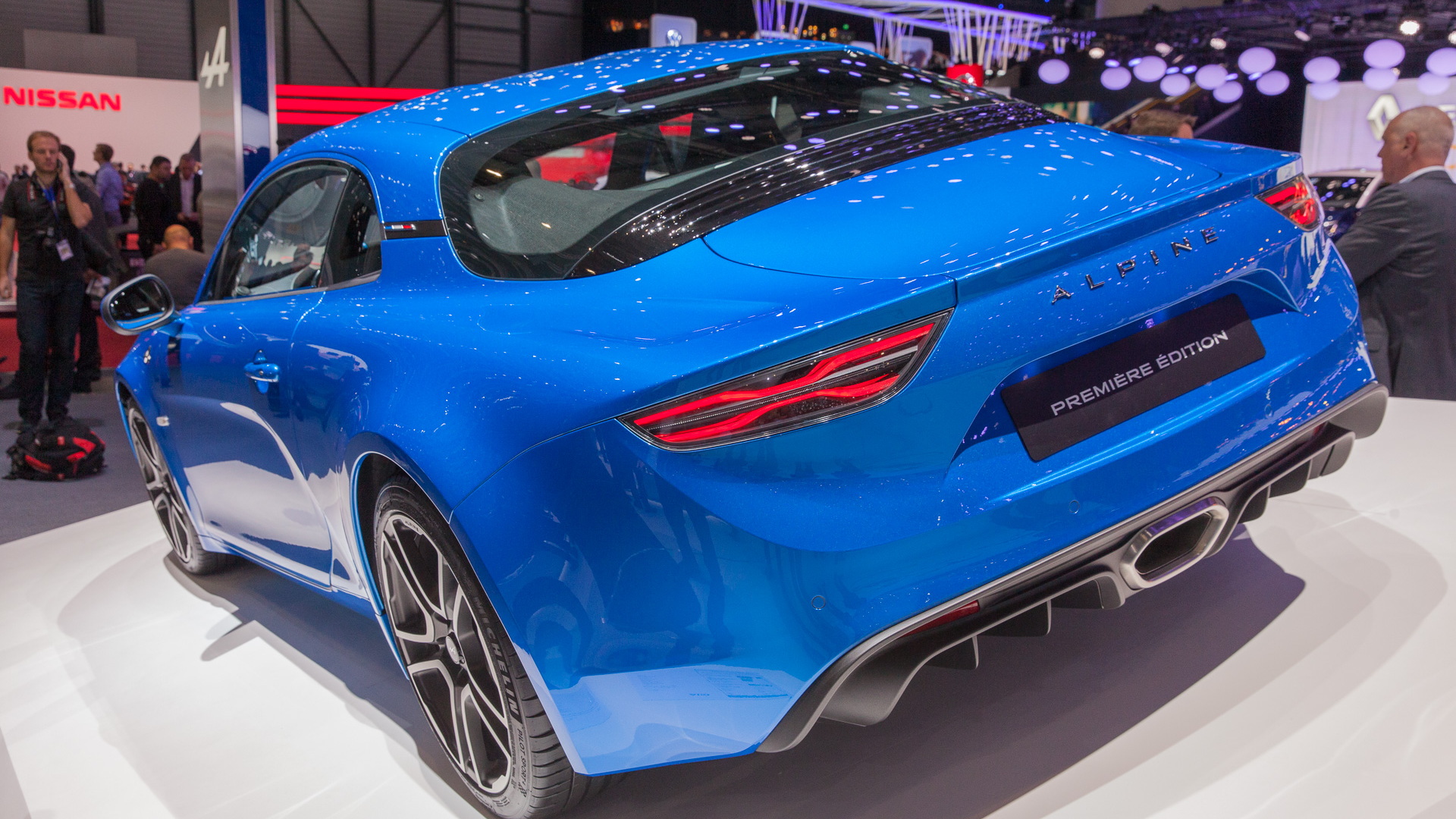 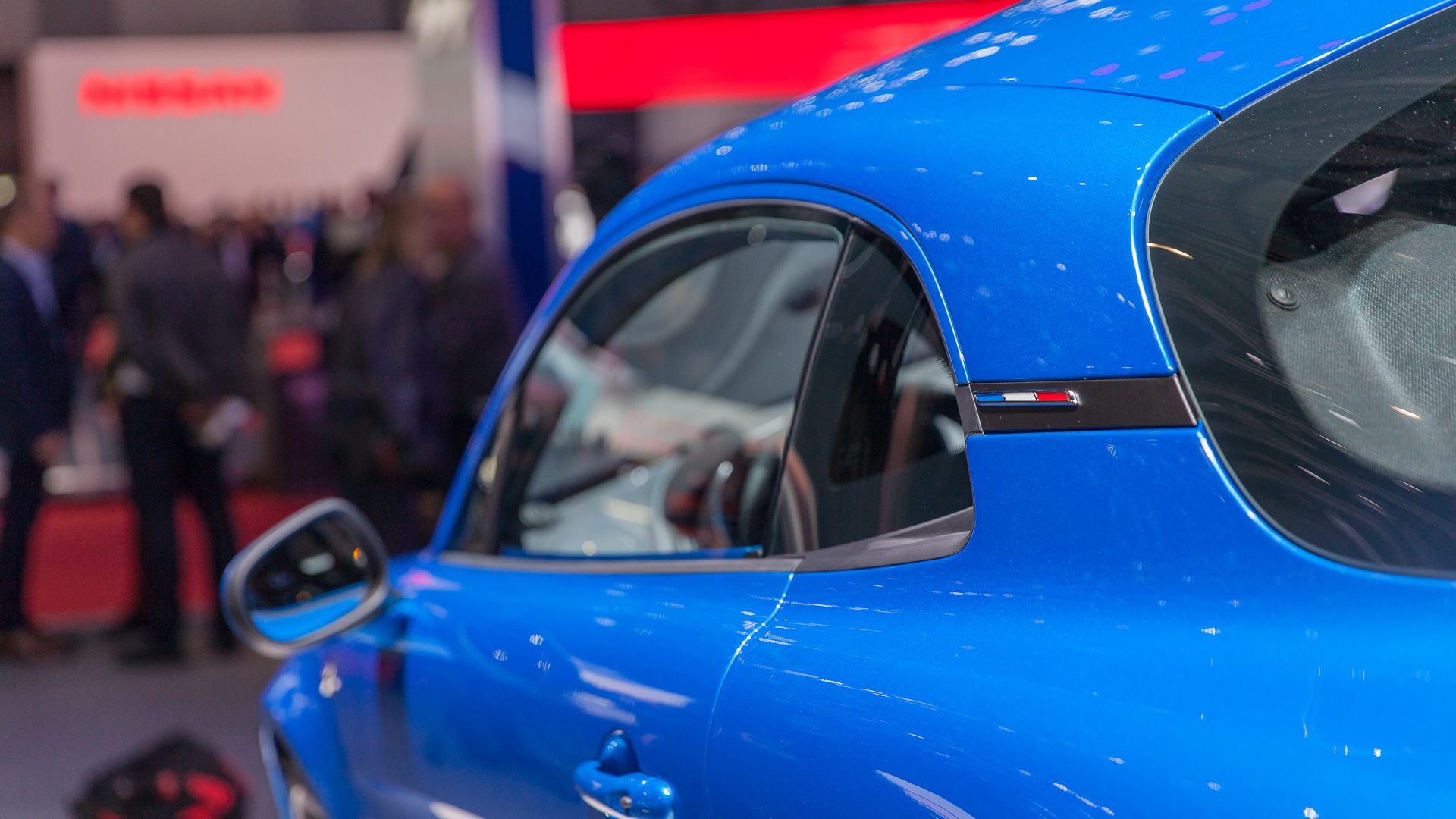 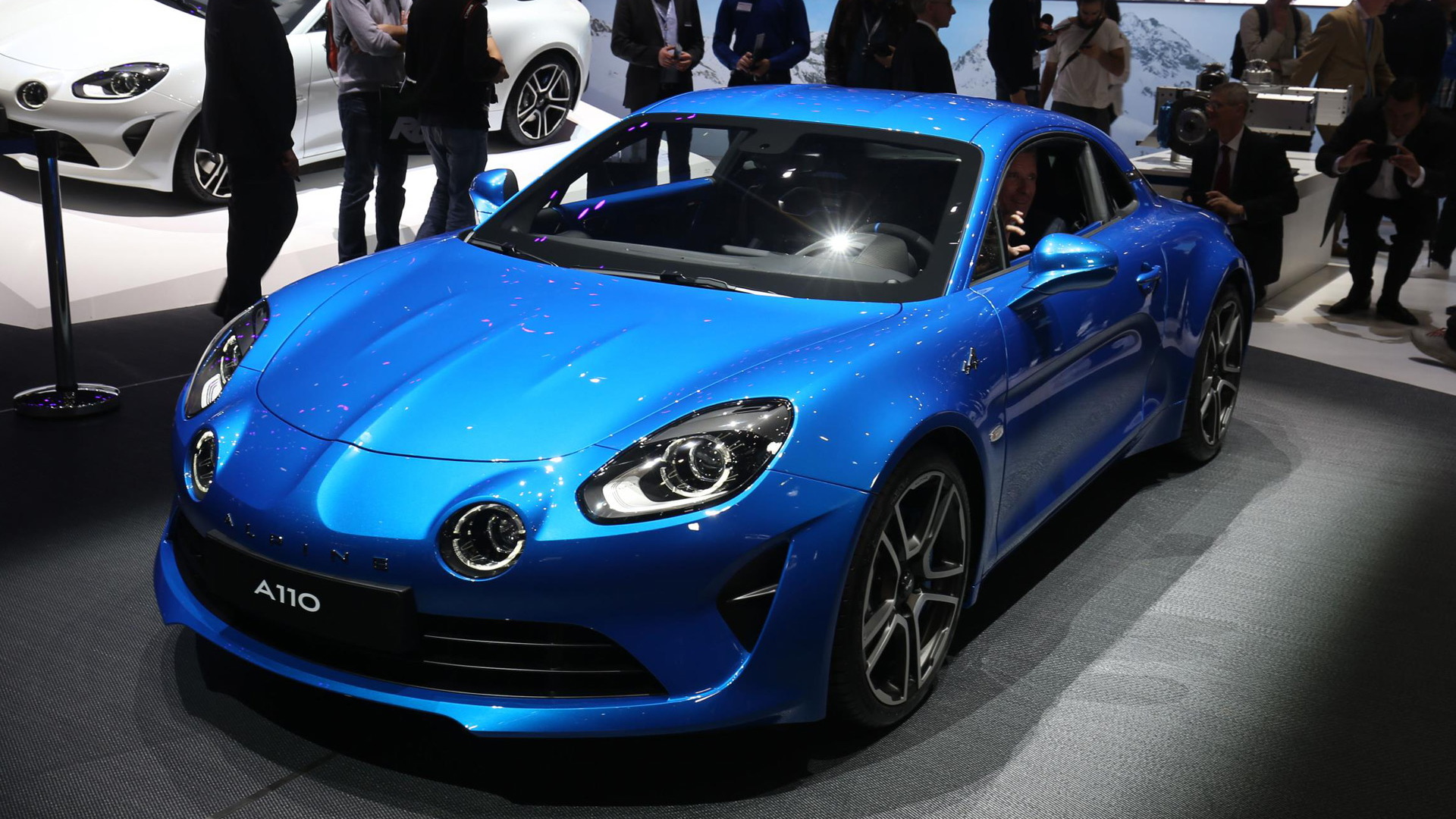 As with most things that are good in the auto industry, Americans are getting hosed. That's as true of hot hatchbacks as it is of mid-engine sports cars. For the longest time, the Porsche Cayman/Boxster twins were the only option here in North America, unless you wanted to upgrade to a supercar. Things got better when Alfa Romeo deigned to sell the 4C on our shores, but our friends across the pond still have a lot more to choose from. The Alpine A110, unveiled last week and making its grand debut this week at the 2017 Geneva auto show, is a reminder of that fact.

The A110, like the Coneheads, comes from France but will eventually find its way across Europe and elsewhere including as far as Japan. Named and styled after Alpine's most iconic model, which made a name for itself in rally racing and by being beautiful, the new A110 is firmly a soft-road vehicle. At least it's still beautiful.

As is Alpine tradition, power comes from Renault, specifically, a 1.8-liter, turbocharged inline-4. A 7-speed dual-clutch transmission from Getrag channels the tiny turbocharged mill's 252 horsepower and 236 pound-feet of torque to the rear wheels, allowing the revived A110 to hit 62 miles per hour in 4.5 seconds. That's a good bit slower than the 237-hp Alfa Romeo 4C, which takes 4.1 seconds to hit 60, but it's faster than the base Porsche 718 Cayman, which does the deed in 4.7 seconds. And that's because like its predecessor, the new A110 is very, very light.

At just 2,380 pounds, the A110 weighs 85 pounds less than the 4C and a whopping 564 pounds less than the lightest 718 Cayman. Those stats are more impressive when you consider that unlike the Alfa, the A110 is largely aluminum. There's no carbon fiber tub, but rather an aluminum platform hidden by an aluminum body. In fact, in its nearly 1,500-word press release for the A110, Alpine mentions carbon fiber just twice, both times referencing interior trim materials.

Also aiding performance are a who's who of high-end parts suppliers. We already mentioned the Getrag dual-clutch, but there are also brakes by Brembo, lightweight, 18-inch Fuchs alloy wheels, and a one-piece racing bucket designed by Sabelt.

Alpine will kick off A110 sales with a special Premiere Edition model. Priced at 58,500 euros ($61,849 at today's rates) in France, Alpine will build just 1,955 examples—a reference to the year the company was founded. These limited-run cars will be available in black, white, or Alpine Blue, which is two too many in our eyes—Alpine's take on France's national racing color is the only way to fly with the A110. The Premiere Edition also gets a lightweight sports exhaust, unique 18-inch Fuchs wheels, quilted leather upholstery on the one-piece buckets, matte carbon fiber interior finishes, French tricolor badges inside and out, and a numbered plaque.

Alpine should complete this limited run in 2018 and begin regular production with multiple trims and “a wide range of personalization options" shortly after.