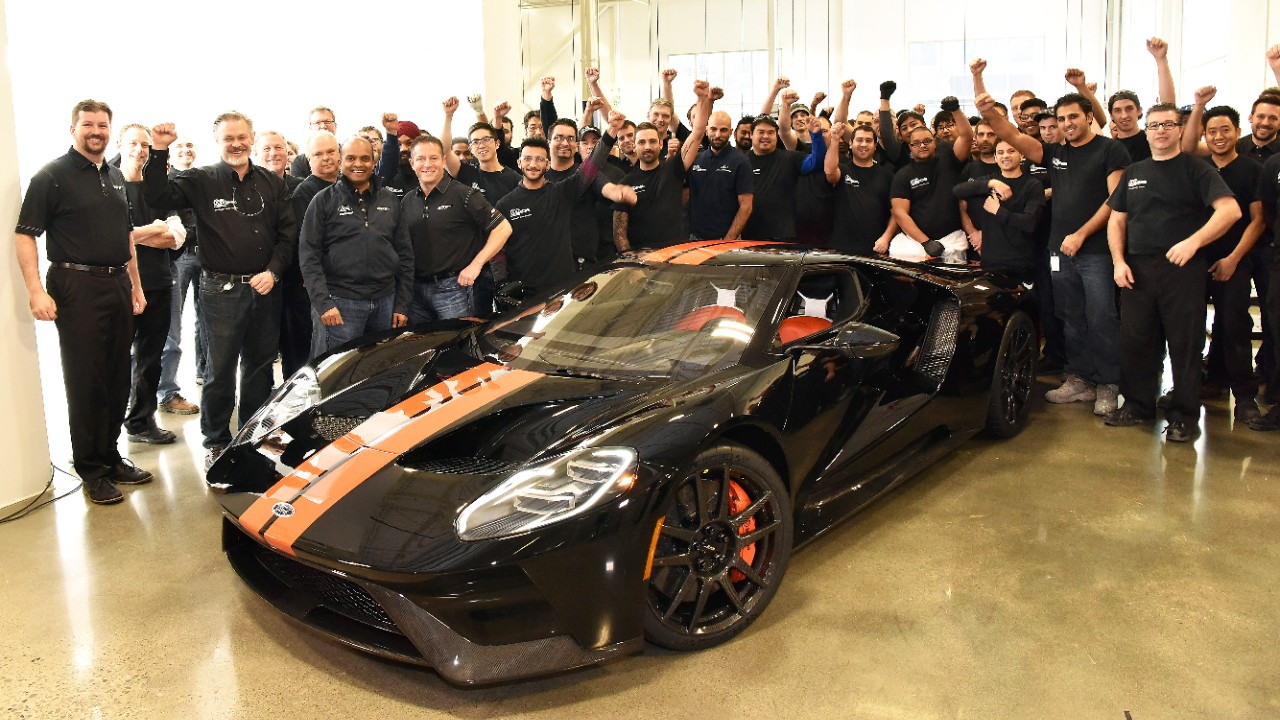 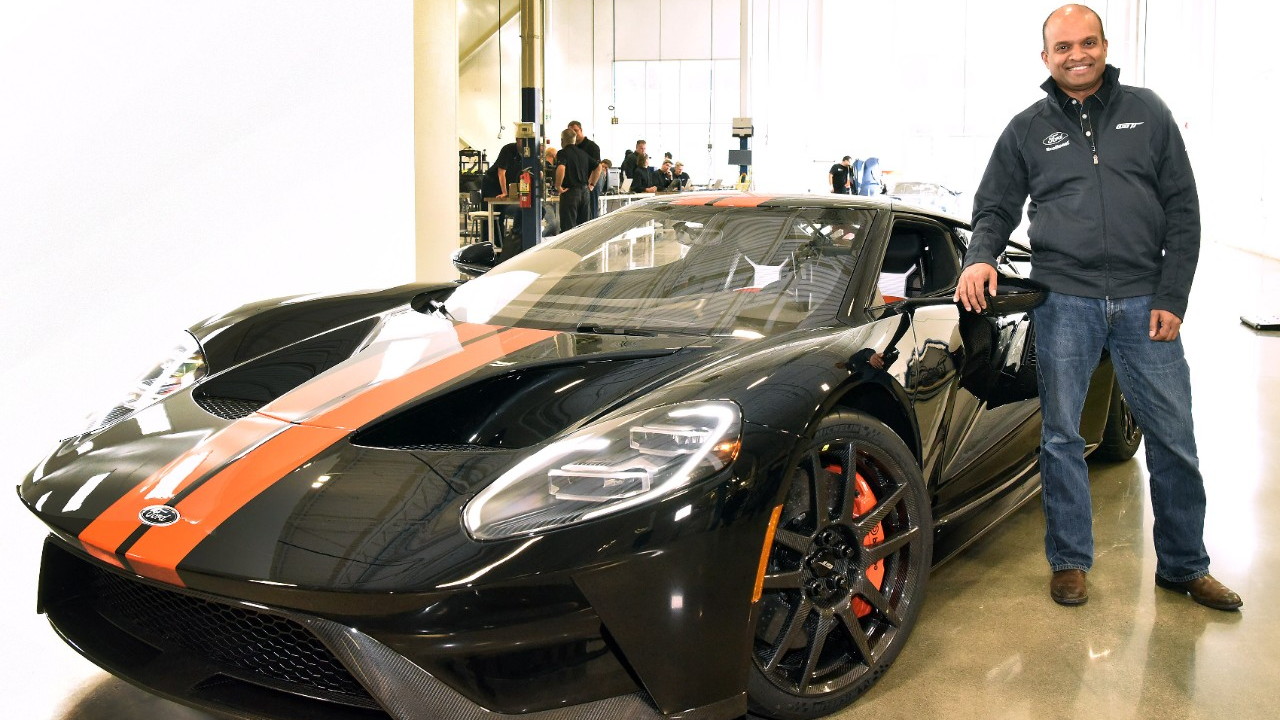 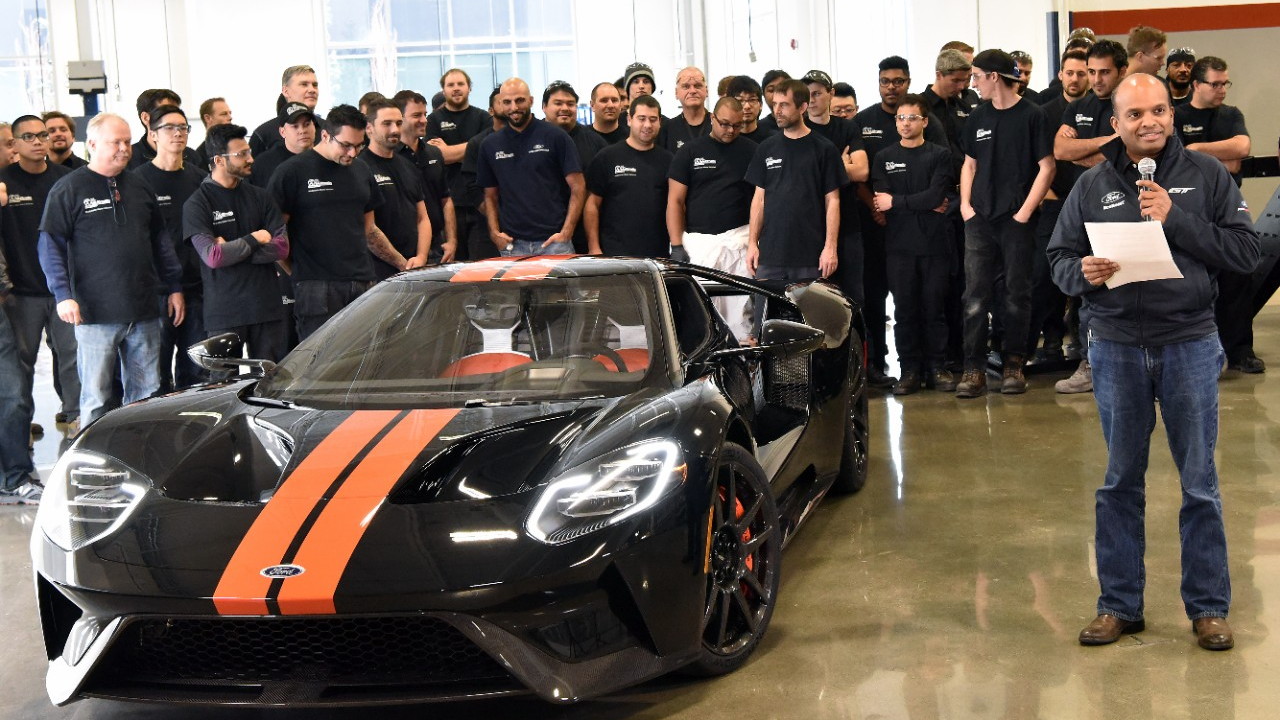 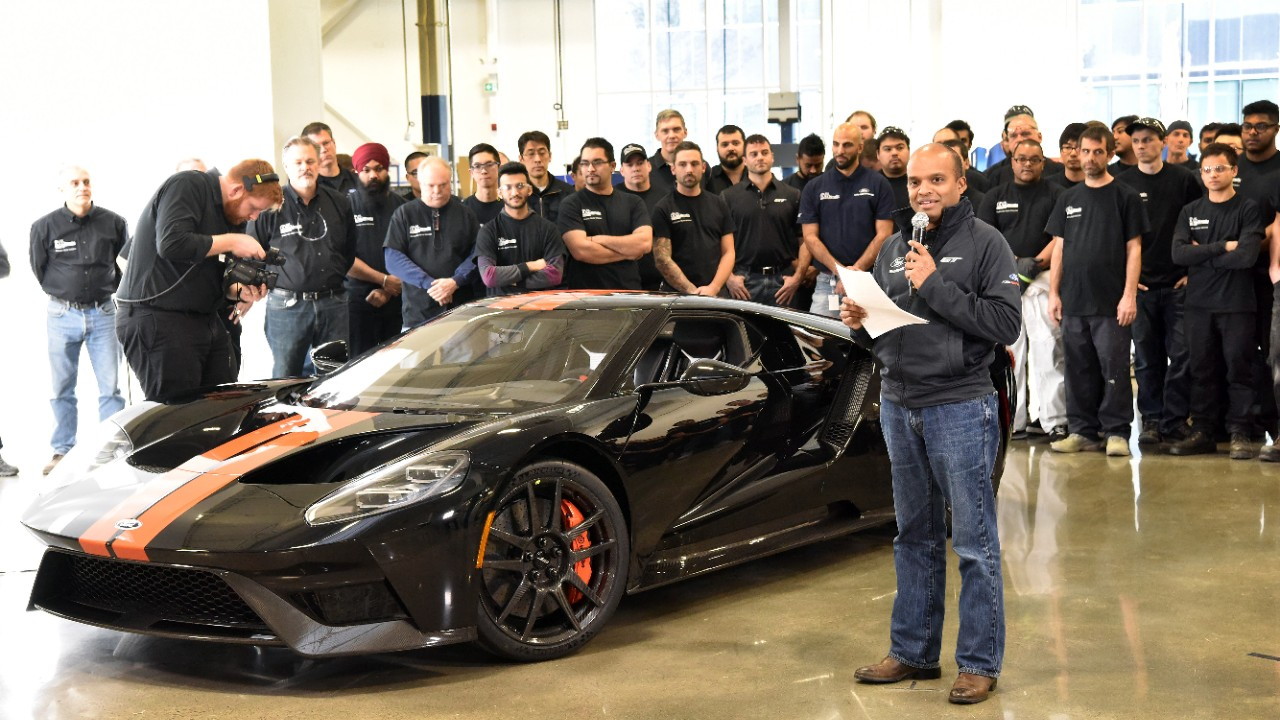 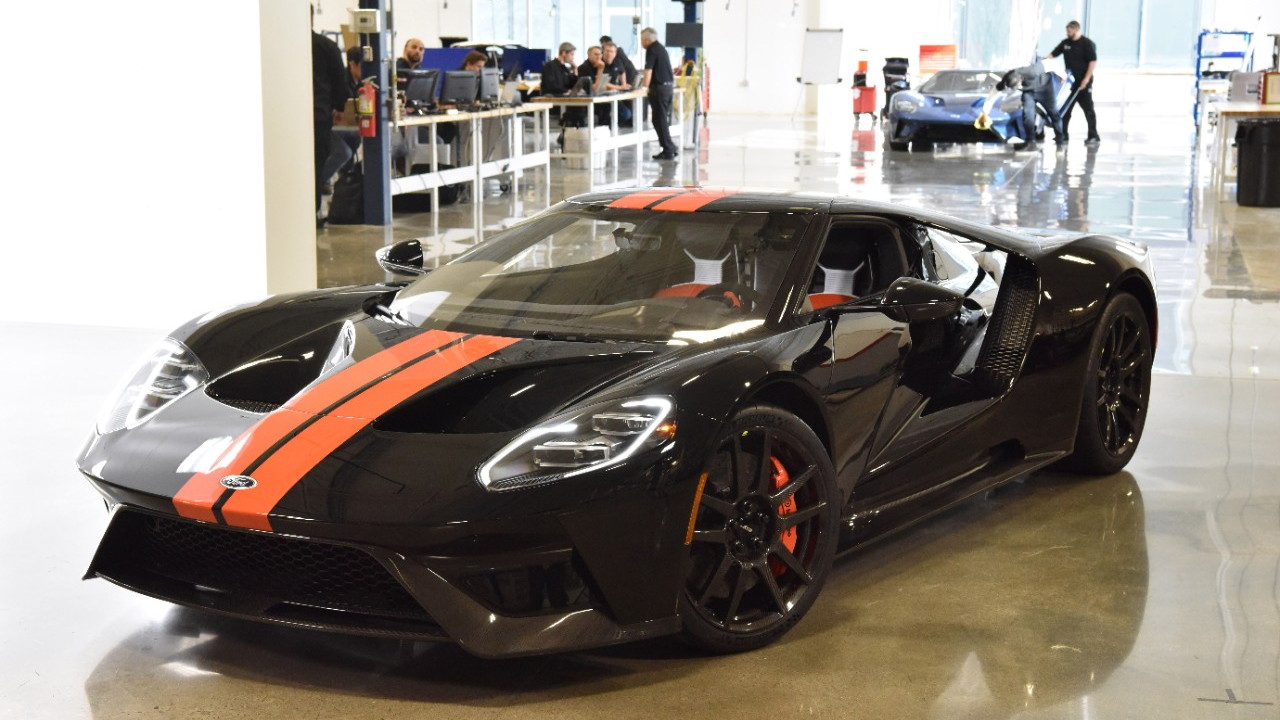 The first of the 2017 Ford Motor Company [NYSE:F] GT supercars have rolled off the assembly line and will soon be in the hands of customers.

The GT is built in Markham, Ontario, Canada, by Multimatic, the racing and engineering shop that helped develop the car. Ford celebrated the occasion by having Raj Nair drive one of the cars off the line. Nair is Ford's executive vice president, global product development, and chief technical officer.

ALSO SEE: How the Ford GT race car differs from the road car

The GT is limited to 500 examples in its first two model years. It was originally thought that Ford would end production after that run, but Ford has confirmed at least two more years of production.

For those who need a refresher, the new GT features a mid-engine monocoque structure made from carbon fiber. It’s powered by a twin-turbocharged 3.5-liter V-6 that will send more than 600 horsepower to the rear wheels through a 7-speed dual-clutch transmission.

Ford introduced the GT in January 2015 at the Detroit auto show, and put it into production just under two years later. In the meantime, the Ford GT race car has had a successful season racing, winning its class at this year's 24 Hours of Le Mans, 50 years after the GT40's 1-2-3 finish in 1966.

“When we kicked off 2016, we had two primary objectives for our Ford GT supercar–to excel at Le Mans, and to start deliveries before year-end,” says Nair. “We’ve achieved both.”

Ford has not confirmed who will get the first car, though the automaker did previously state that deliveries would start before the year is out.