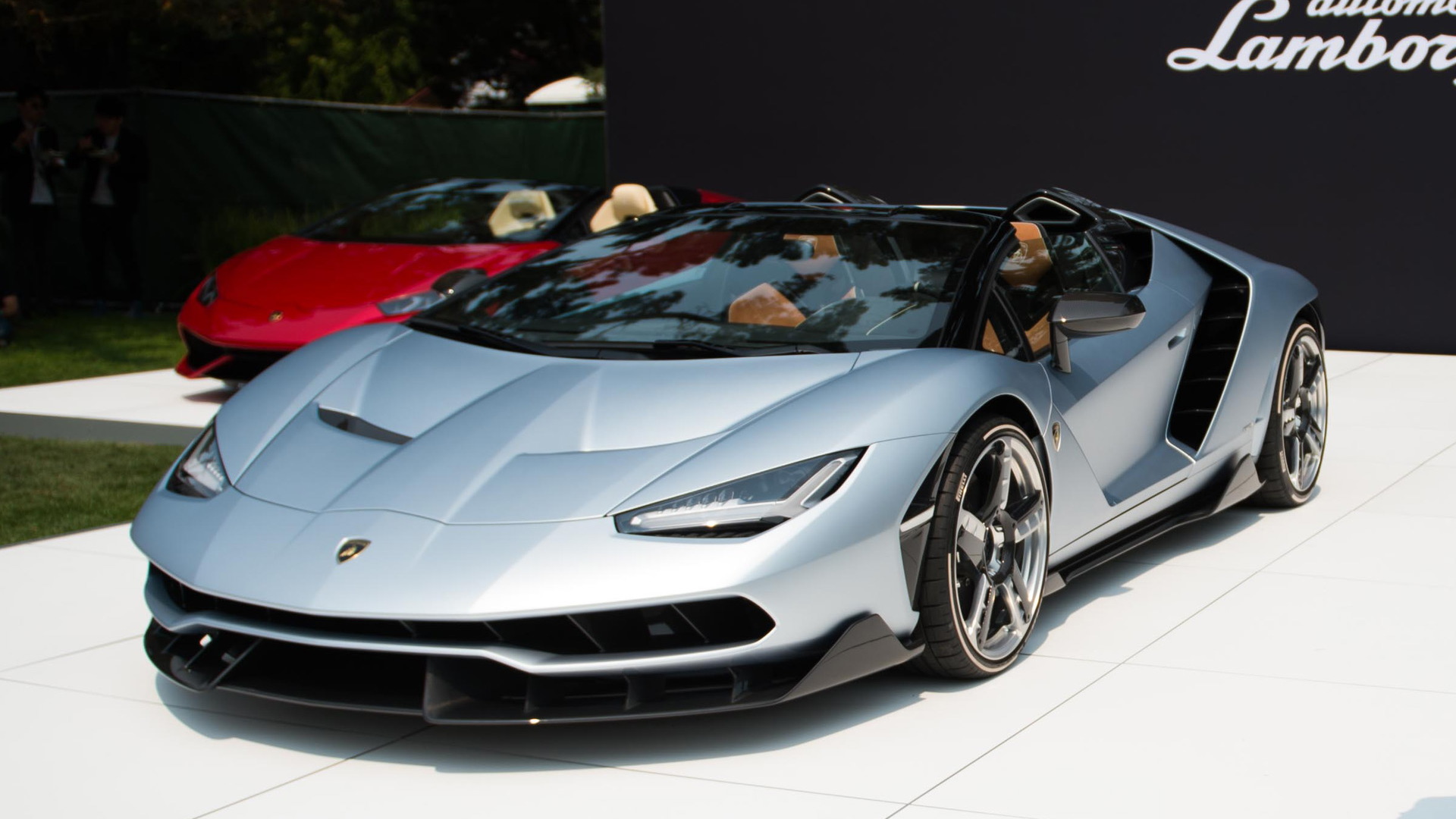 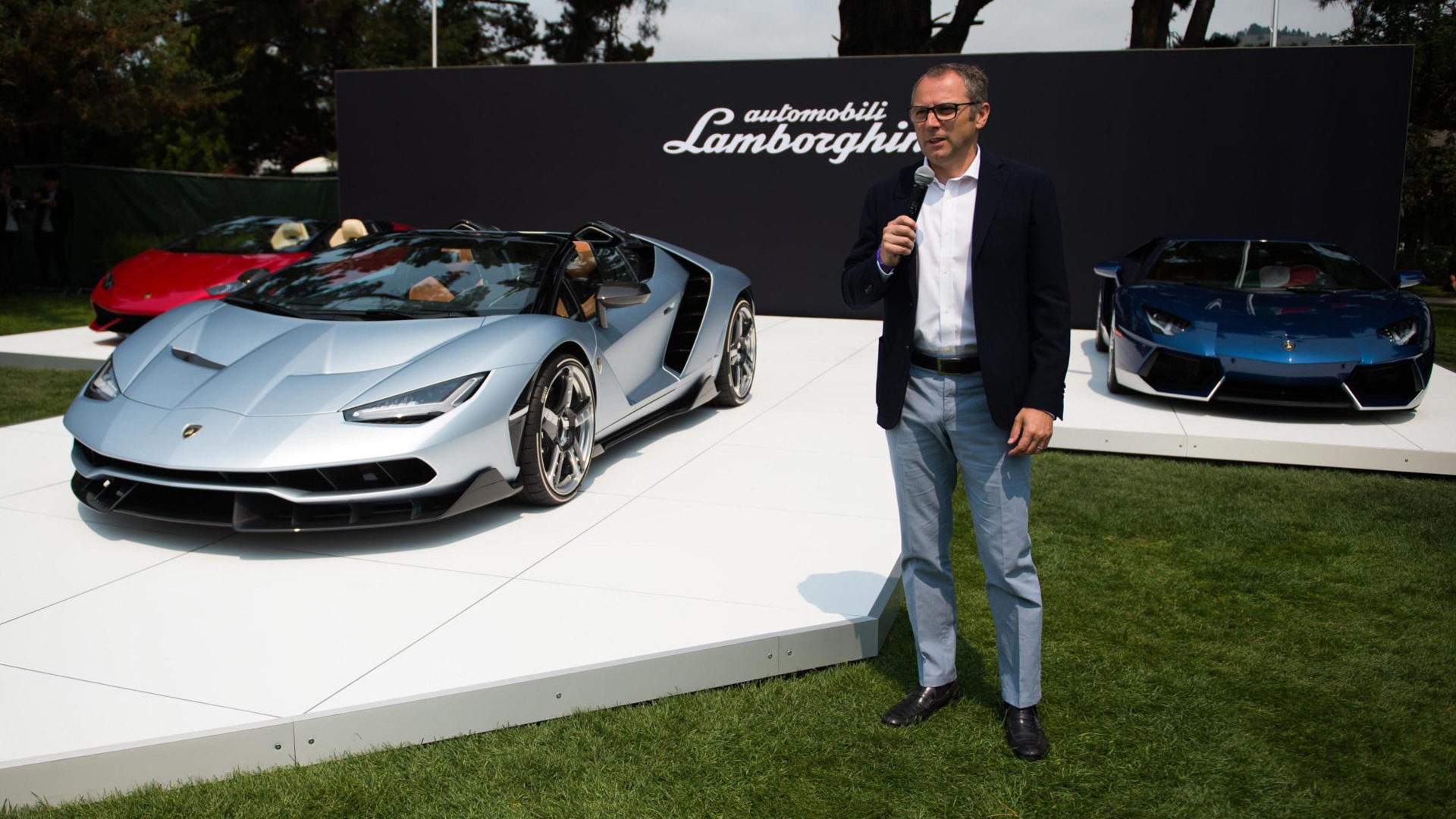 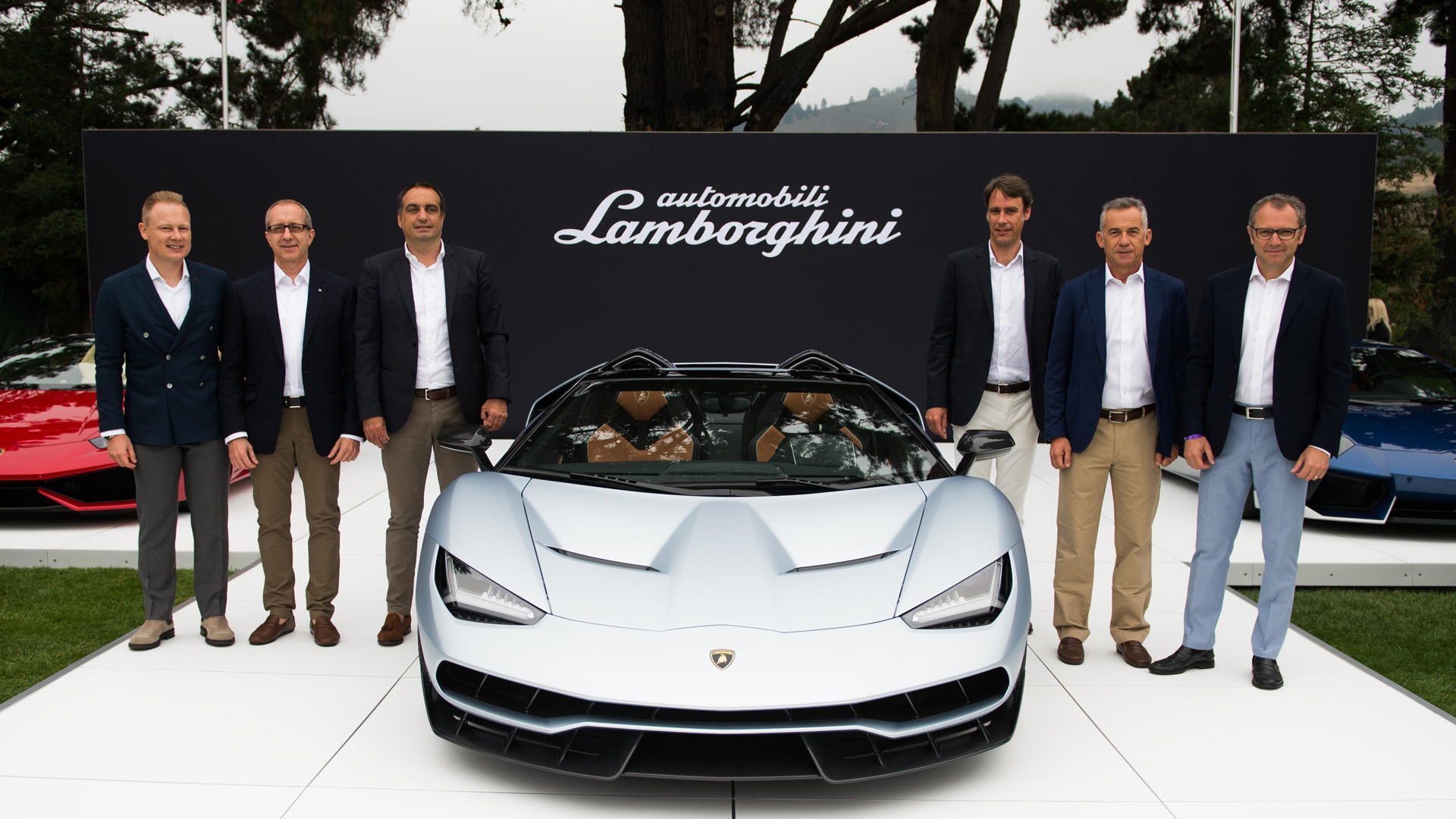 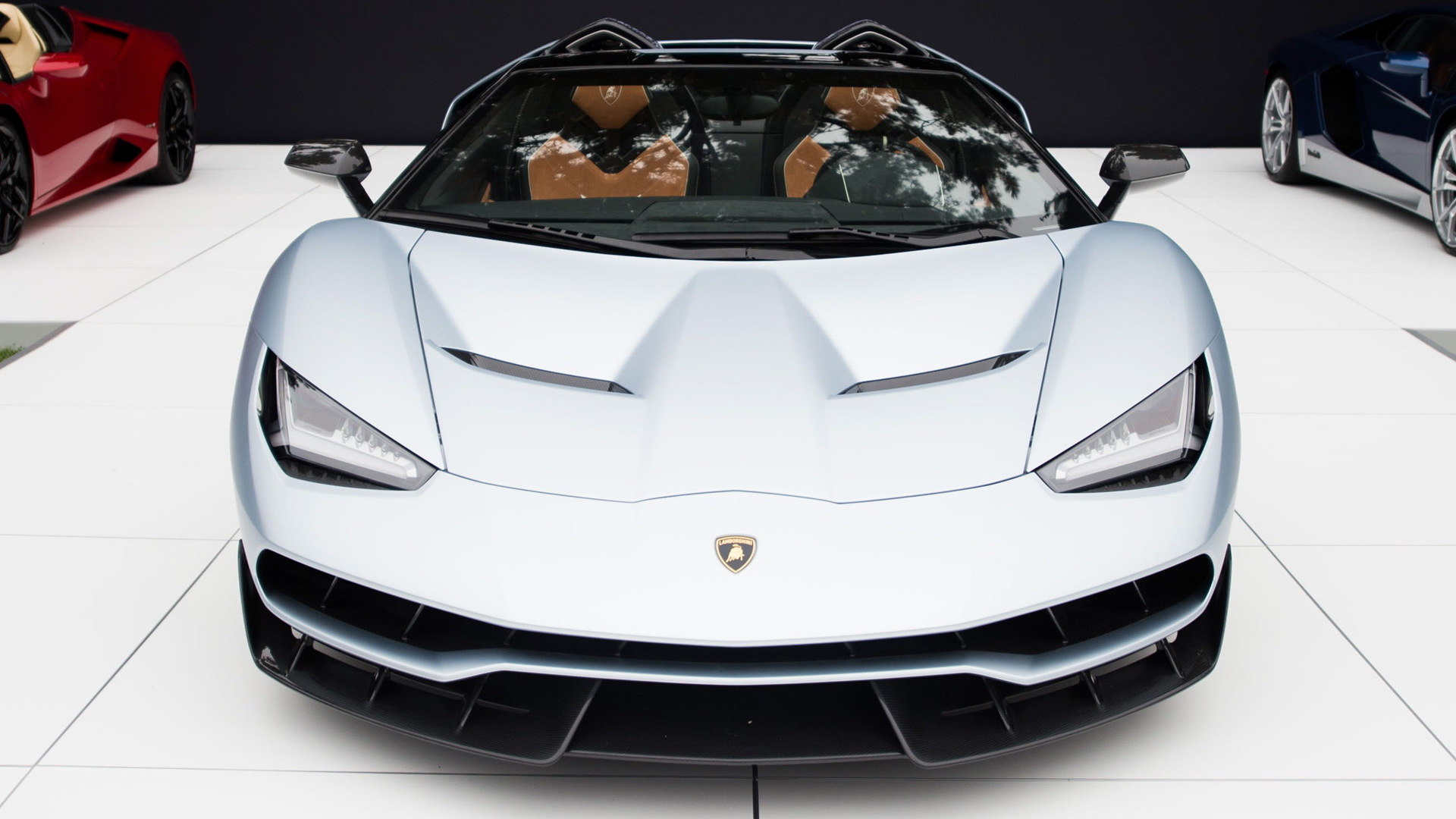 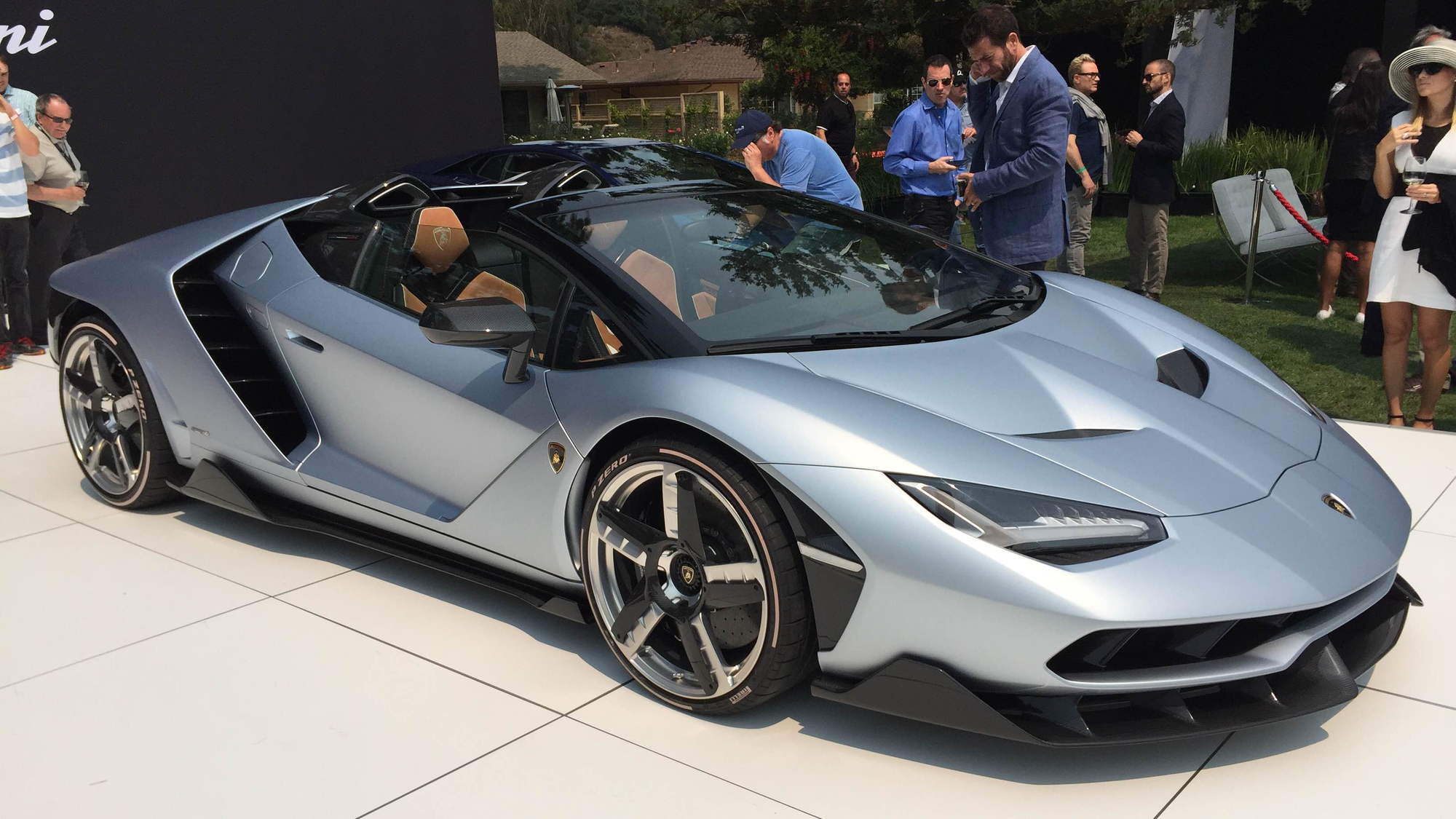 It's car week in Monterey and that can mean only one thing: Every luxury and sports car producing automaker is pulling out all the stops to grab attention of well heeled buyers and collectors alike. Lamborghini is no different, and it took this opportunity to give the world a roadster version of its ridiculous Centenario supercar.

We knew a roadster version was coming as Lamborghini said as much when the coupe was introduced in Geneva back in March. A total of 40 Centenarios will be produced with an even split of 20 coupes and 20 roadsters.

ALSO SEE: How the Lamborghini Centenario LP 770-4 differs from the Aventador LP 750-4 SuperVeloce

The body of the Centenario is built entirely in carbon fiber, with a monocoque and all other body parts and trims also in the lightweight stuff. The dry weight of the coupe is 3,461 pounds, and the roadster should be similarly light.

Further performance gains come from the aerodynamic body elements as well as a new rear-wheel-steering system. At high speeds the rear tires turn in the same direction of the steering angle which leads to a virtual increase of the wheelbase. As a result the rear-wheel steering provides increased stability and optimizes vehicle response. At lower speeds they go in opposite direction to aid maneuverability.

Inside, the Centenario features a new—for Lamborghini—touchscreen-based infotainment system that includes Internet connectivity and Apple CarPlay.

In case you forgot, the Centenario was created to celebrate the 100th anniversary of the birth of Lamborghini's founder, Ferrucio Lamborghini. It's based off of the Aventador with tweaks to the powertrain, a full carbon fiber body, different interior, and a curb weight of 3,350 pounds (in coupe form).

If you need to ask about pricing, you probably can't afford it. But, if you're curious, the coupe starts at 1.75 million euros (approximately $1.98 million) and the roadster at 2 million euros ($2.26 million). In reality, the price doesn't matter because you can bet every single one of these are already sold, both in coupe and roadster form.

For more coverage on Monterey Car Week, be sure to visit our dedicated hub.