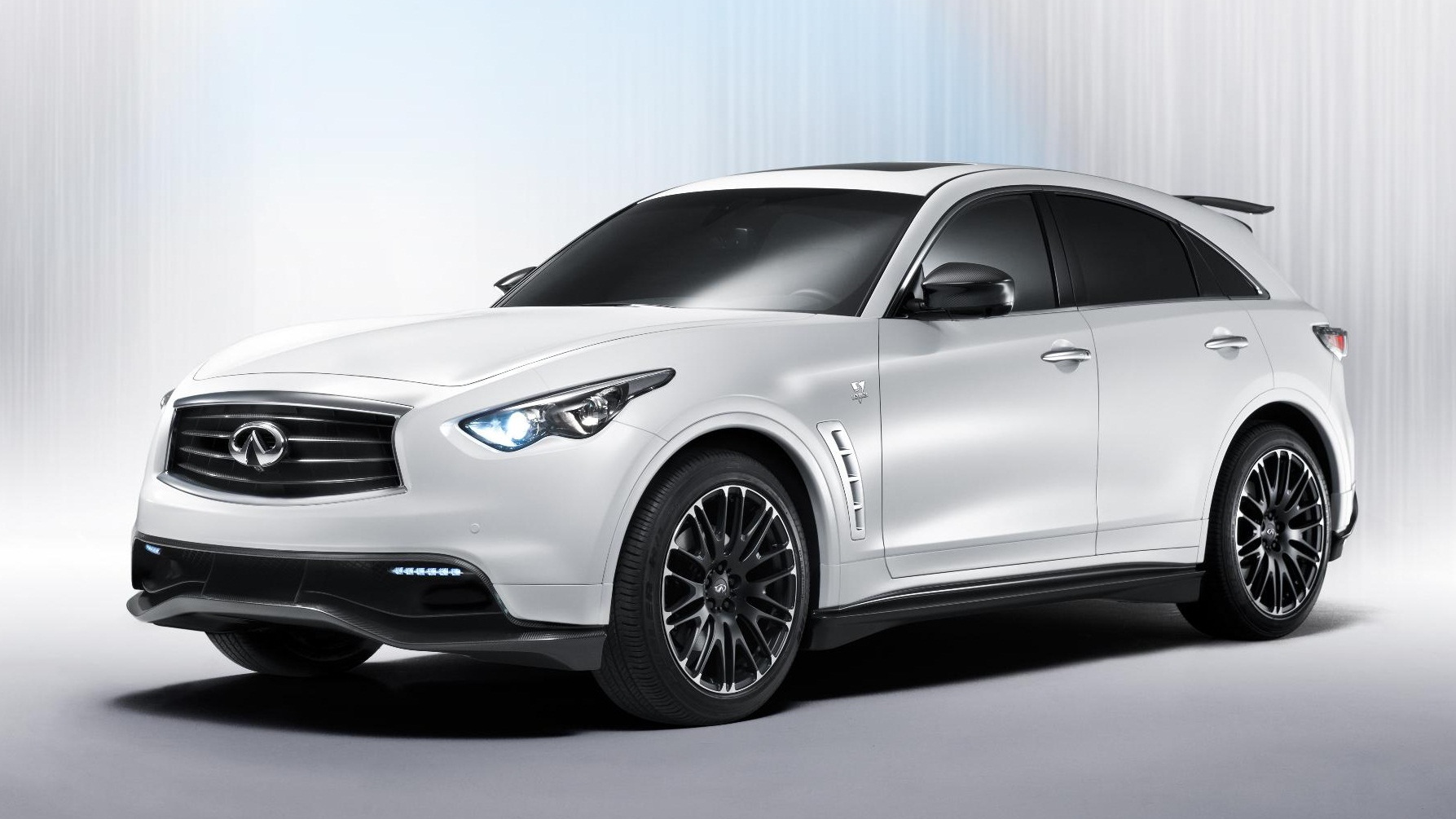 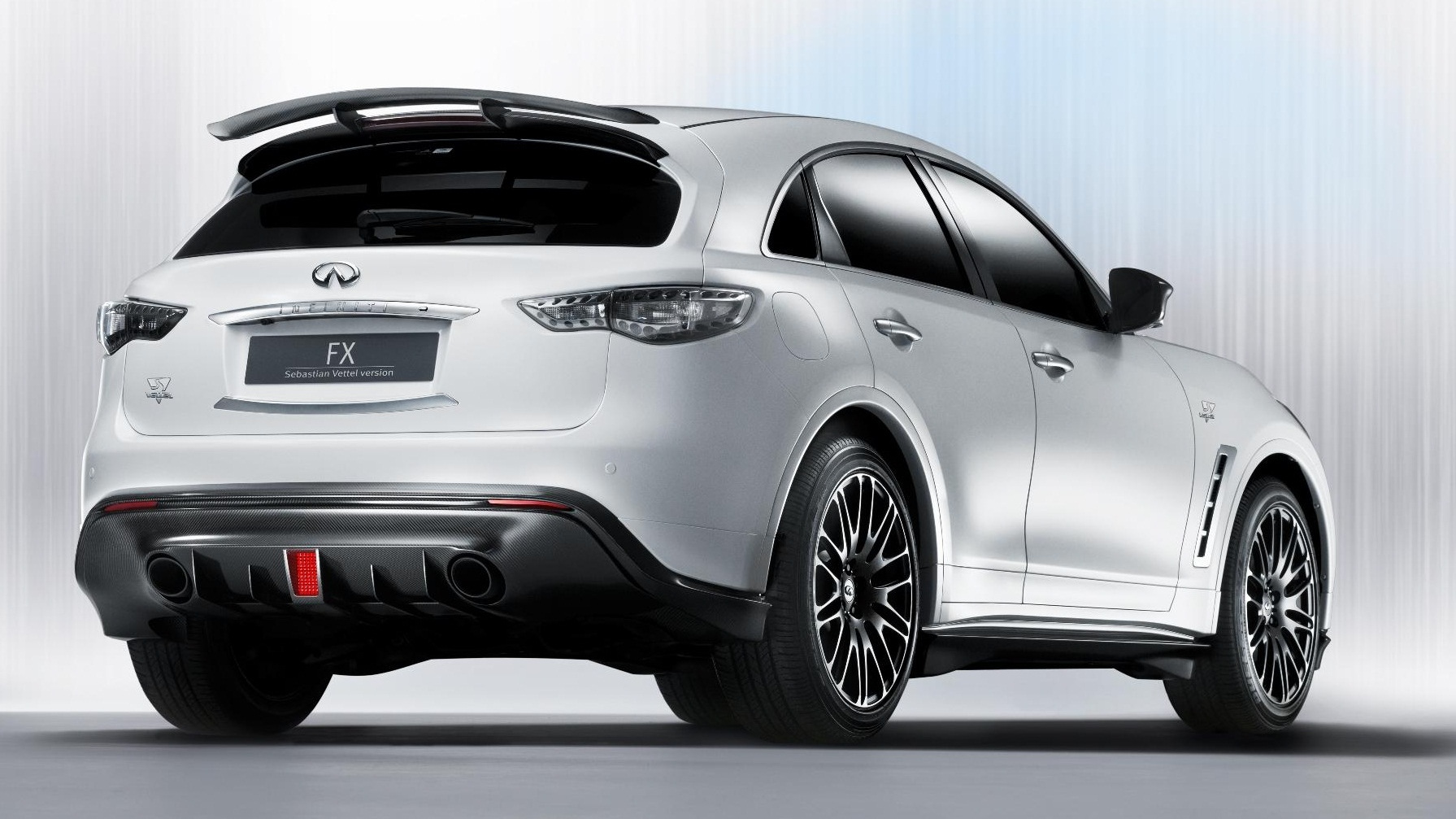 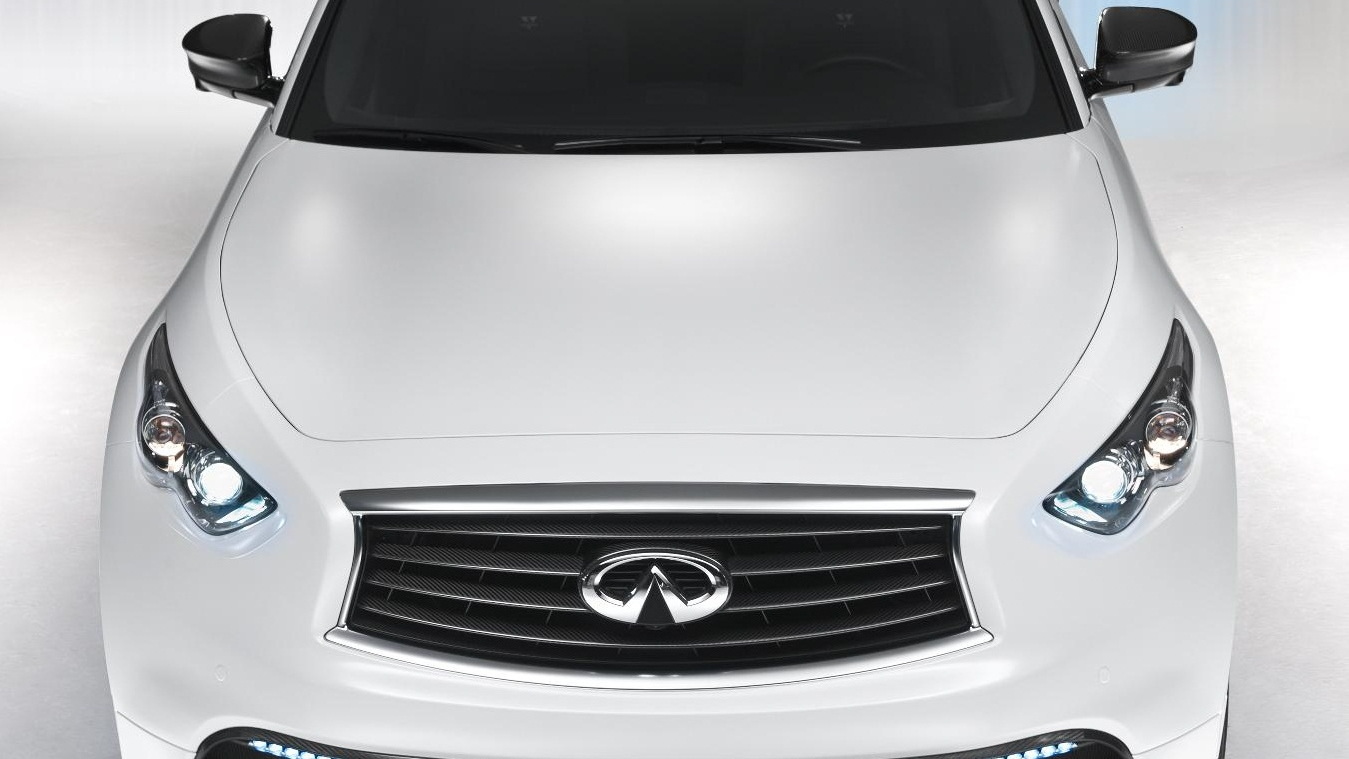 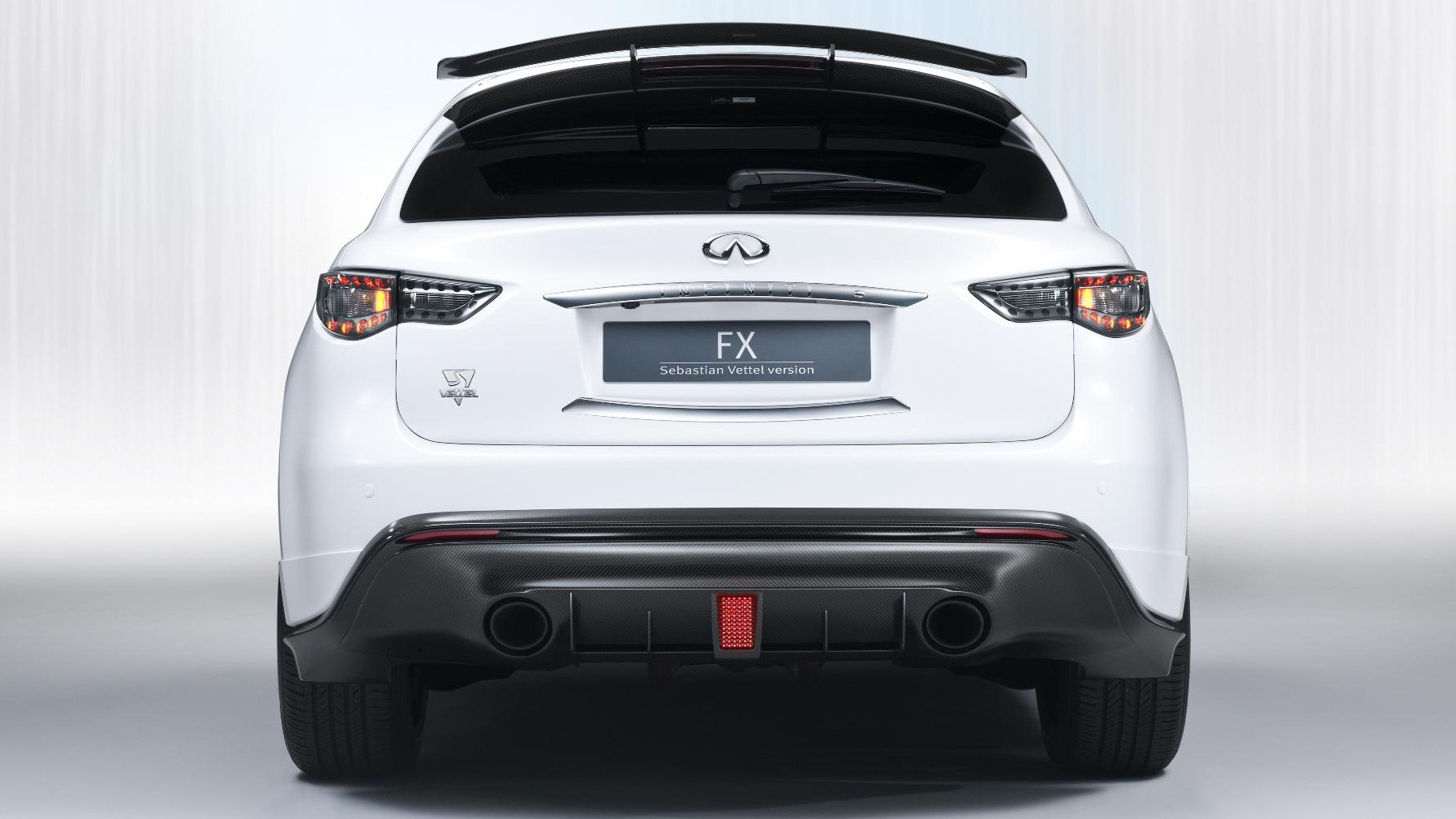 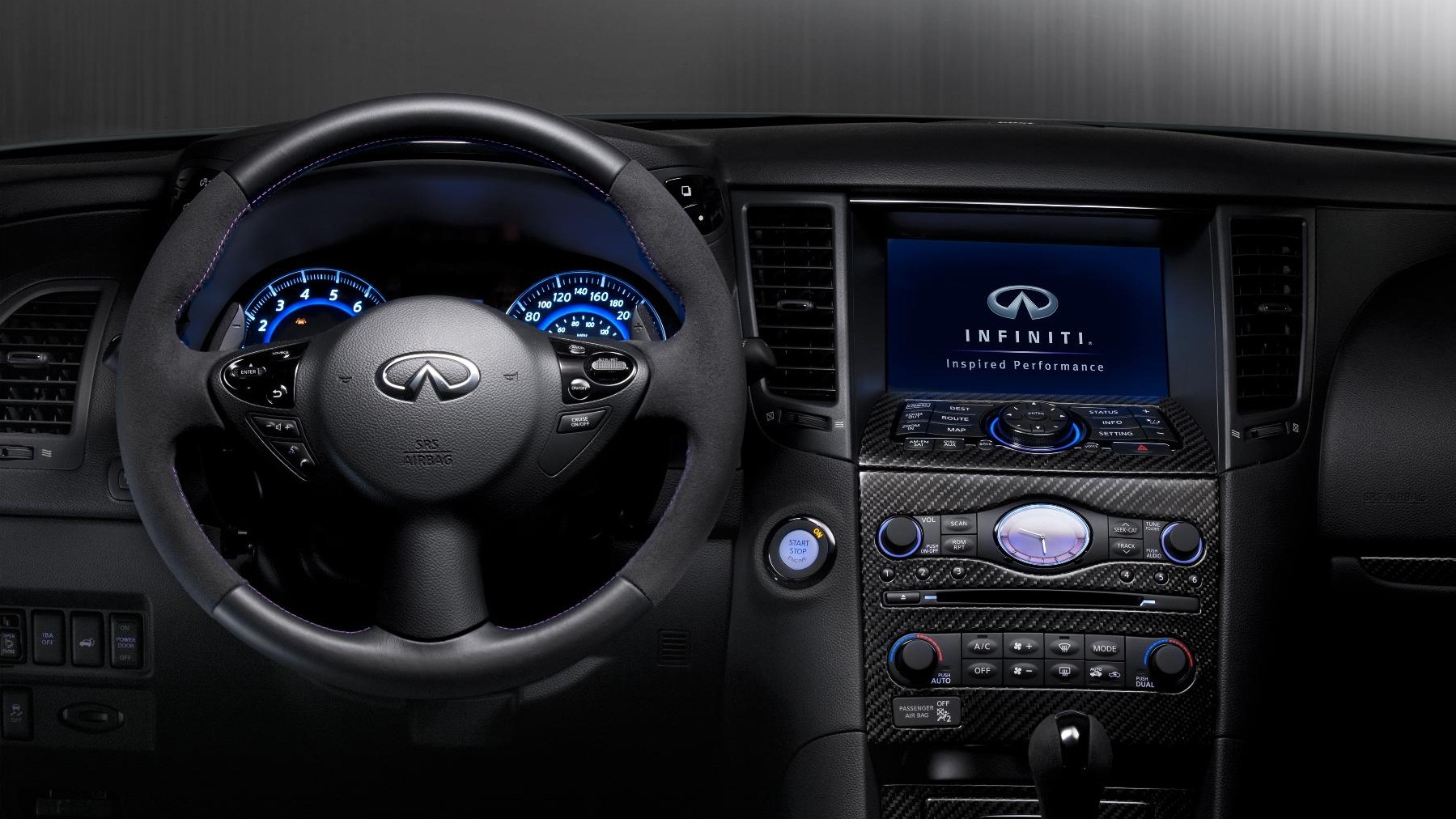 Previewed with scant details and only a handful of photos 11 days ago, the Infiniti FX Sebastian Vettel version is now officially out, and it's a bruiser of a crossover.

While it's not quite as maniacal as, say BMW's X6 M, the 414-horsepower FX is still capable of 60 mph in 5.6 seconds. It also cuts drag from the standard FX by five percent, saves about 90 pounds, and gets a host of unique visual details.

Top speed has been de-restricted, the gears are longer, and downforce has been improved by 30 percent, too. Top speed comes at a whopping 186 mph.

Special 21-inch wheels might be the first thing you'll notice, but carbon fiber and shadow chrome accents are found on a second glance in the grille, splitter, side sills, mirror covers, and rear diffuser. It also rides 20 mm lower, the modification that reduces drag and improves downforce.

The extra power was extracted from the V-8 engine by a new exhaust system and a reprogrammed ECU--nothing more. Fuel efficiency is claimed to be essentially unchanged. Stiffer springs offer better agility, while the rest of the Infiniti FX Sebastian Vettel version is essentially an S-package FX50, mechanically.

Inside, the Vettel version gets yet more carbon fiber (Infiniti takes pains to note it's real carbon fiber, not an applique), Alcantara on the steering wheel and shifter paddles, and more black chrome accents as well. Special seats with more bolstering are covered in quilted black suede cloth with purple accent stitching and "SV" logos. A plate on the center console marks it out as a special edition, complete with Vettel's signature.

There's no word yet on whether the Vettel FX will make it to the U.S.

Keep up with all of our Frankfurt Auto Show coverage here.