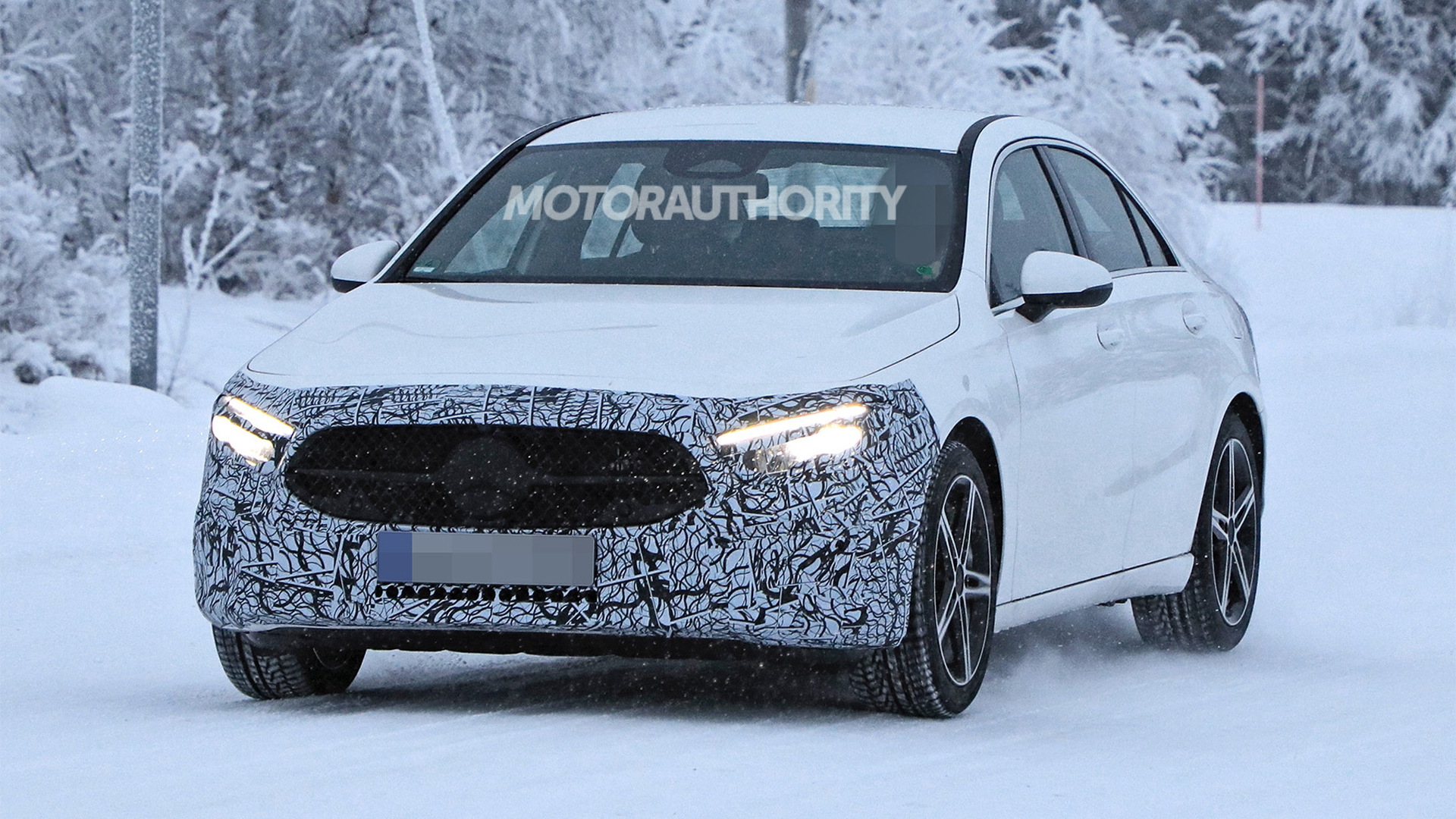 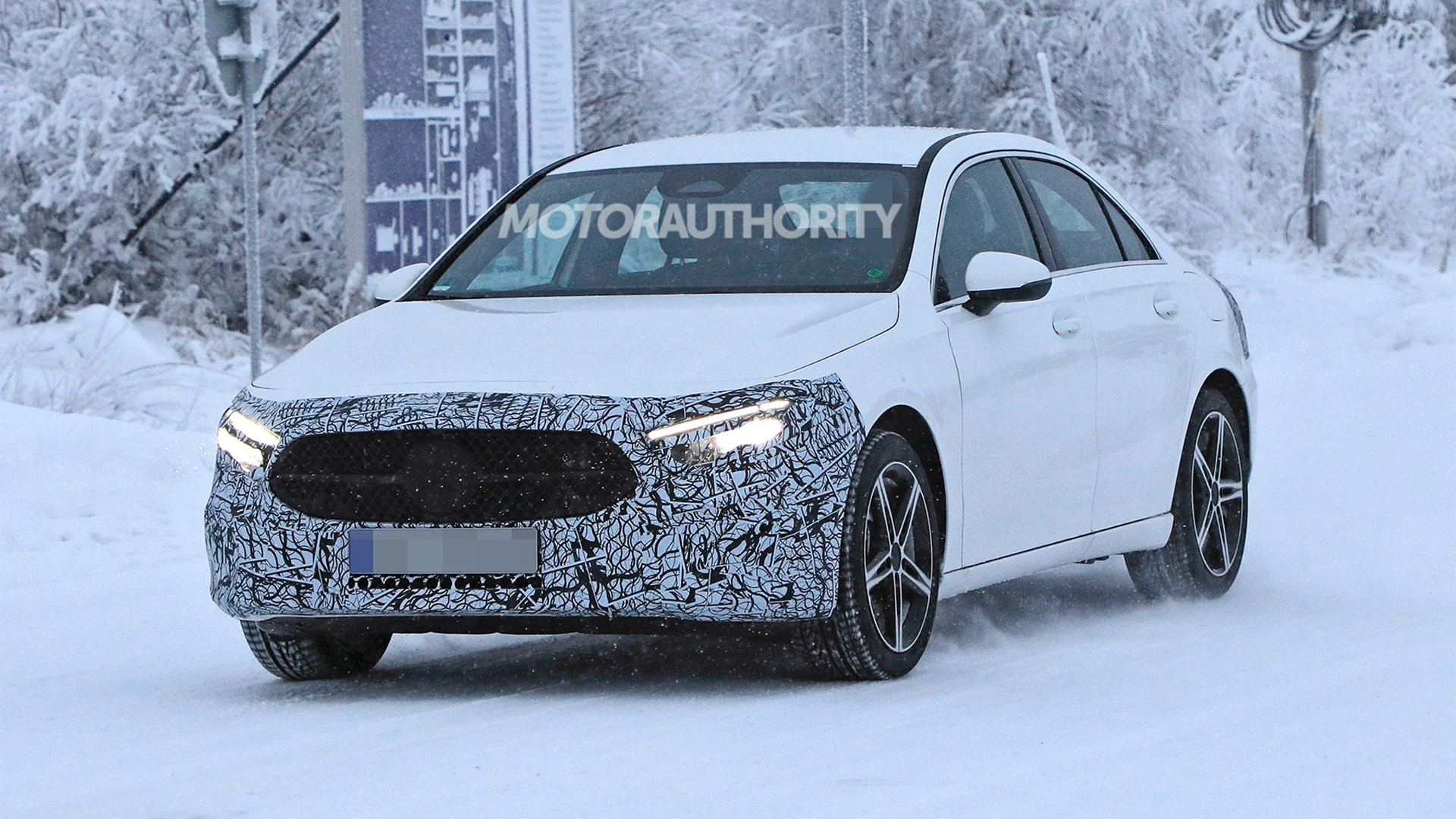 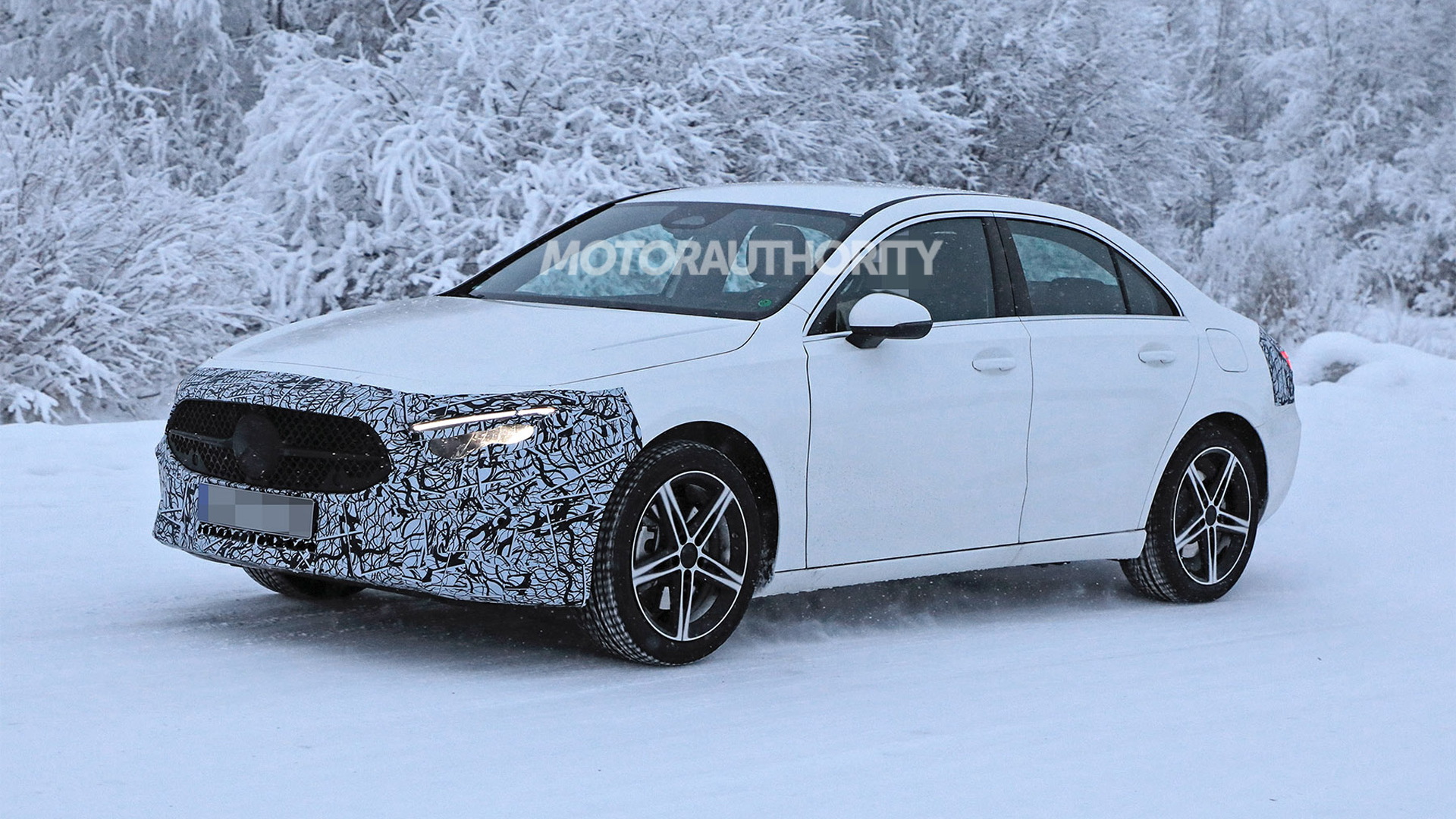 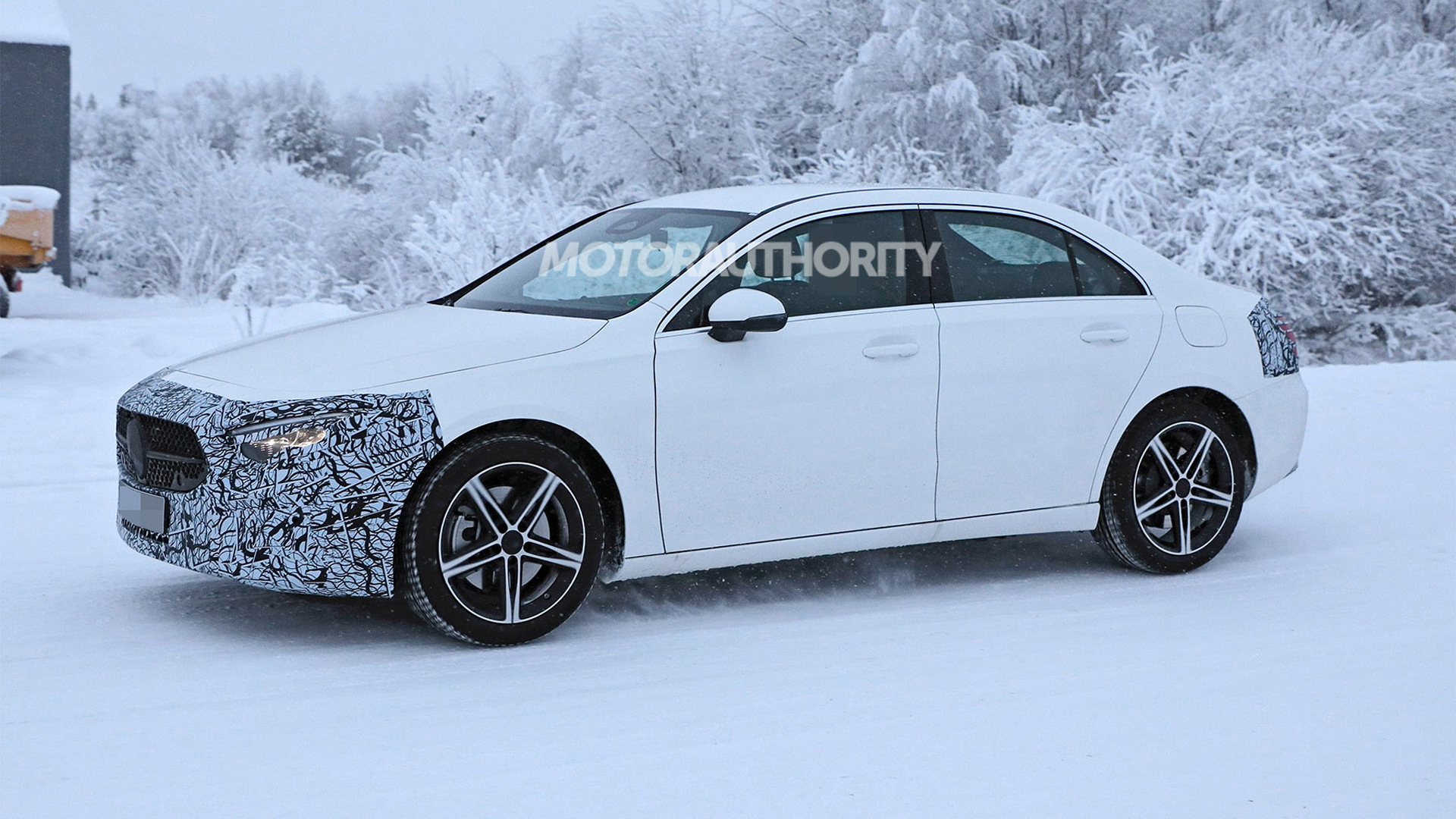 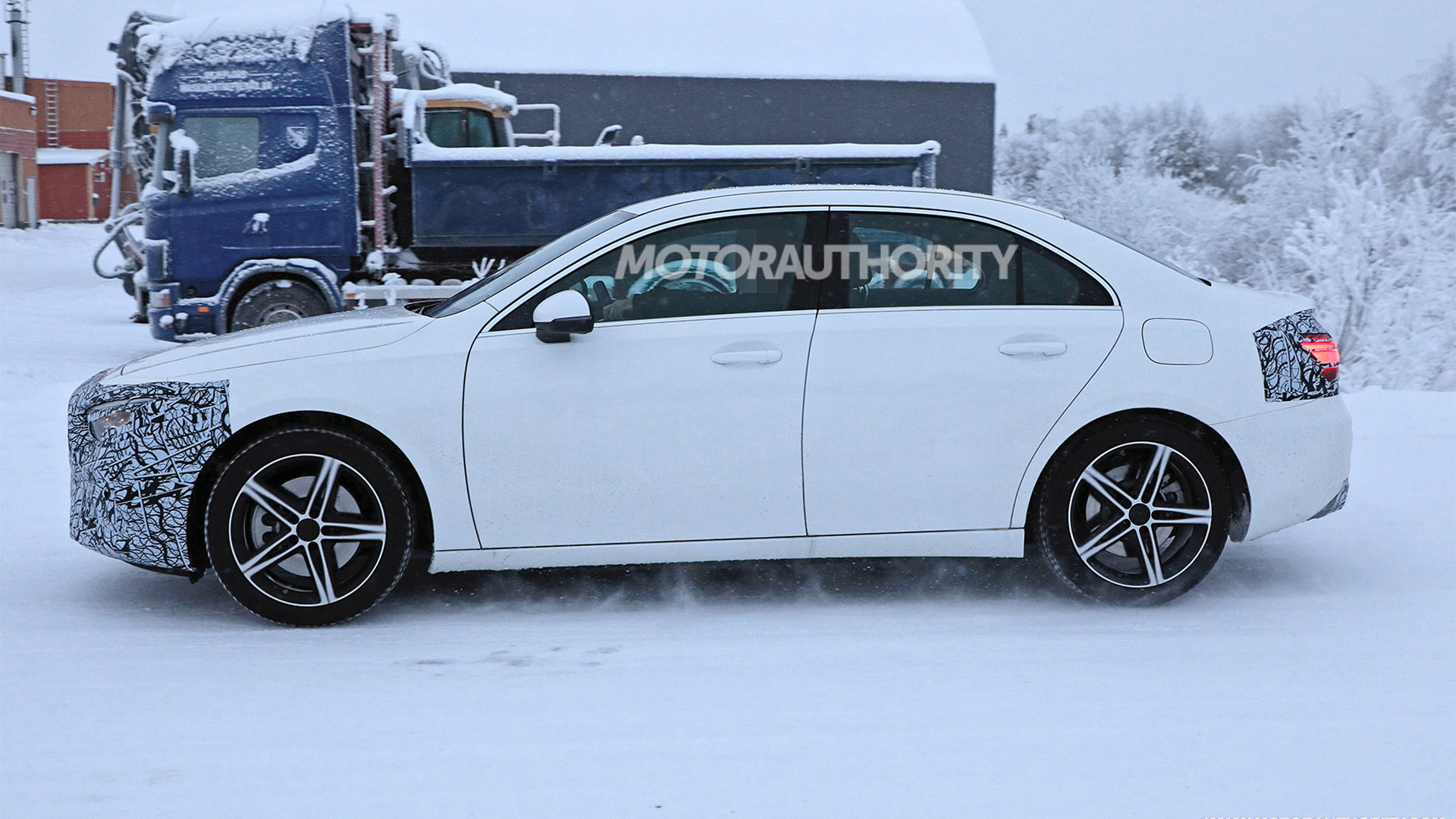 The current generation of Mercedes-Benz's A-Class compact range is approaching the midway point in its life cycle and in Mercedes tradition will be given a round of updates.

Our latest spy shots show a prototype for the updated version of the A-Class sedan we get in the U.S. Prototypes for the updated A-Class hatchback sold overseas are also out testing.

The current A-Class first arrived in 2018 as a 2019 model; the updated version should arrive in 2022 as a 2023 model. An updated version of the Mercedes-Benz AMG A35 should also be coming, though it isn't clear if we'll see it in the U.S. as the current A35 was dropped from the local lineup for the 2022 model year. AMG also has a punchier A45 grade exclusively based on the A-Class hatch. An updated version of this A45 hatchback is also out testing, but don't expect this model to reach the U.S.

The A-Class sedan prototypes out testing are only lightly camouflaged, which makes sense for an update. There looks to be revised fascias at both ends, and a new grille also looks to be coming. It's possible Mercedes will integrate some of the car's driver-assist sensors with the grille's logo.

According to our photographer the dash was also covered, so expect some changes here. A new infotainment screen is likely.

It isn't clear at this early stage what powertrain changes are planned. It's possible a plug-in hybrid powertrain is finally offered in the U.S. with this update. One has been available in other markets since 2019. The powertrain is comprised of a 1.3-liter inline-4 and an electric motor-generator integrated with an 8-speed dual-clutch transmission. System output is 217 hp and 332 lb-ft of torque, and the exhaust vents from underneath the car.

The A-Class is currently offered exclusively with 2.0-liter turbocharged inline-4s in the U.S. The base version has a modest 188 hp but the former AMG A35 packs 302 hp. AMG's A45 and A45 S grades for the A-Class hatch deliver 382 and 416 hp, respectively.

Don't look for a battery-electric A-Class. Mercedes had planned to launch an electric A-Class at one point but decided to focus on crossover body styles instead, hence the reason it launched the GLA-Class-based EQA. While we won't see the EQA in the U.S., the larger GLB-Class-based EQB electric crossover is coming here in 2022.