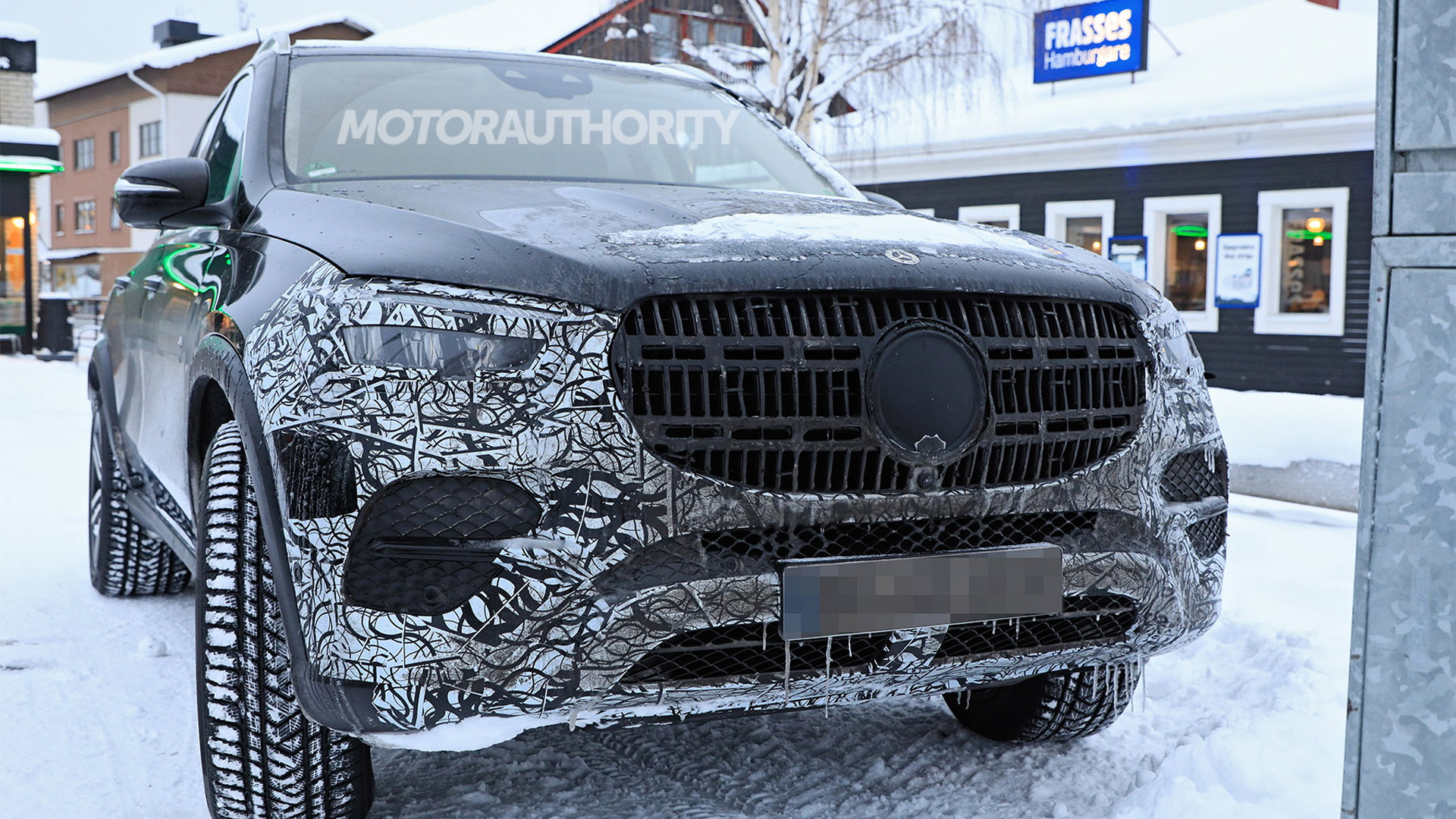 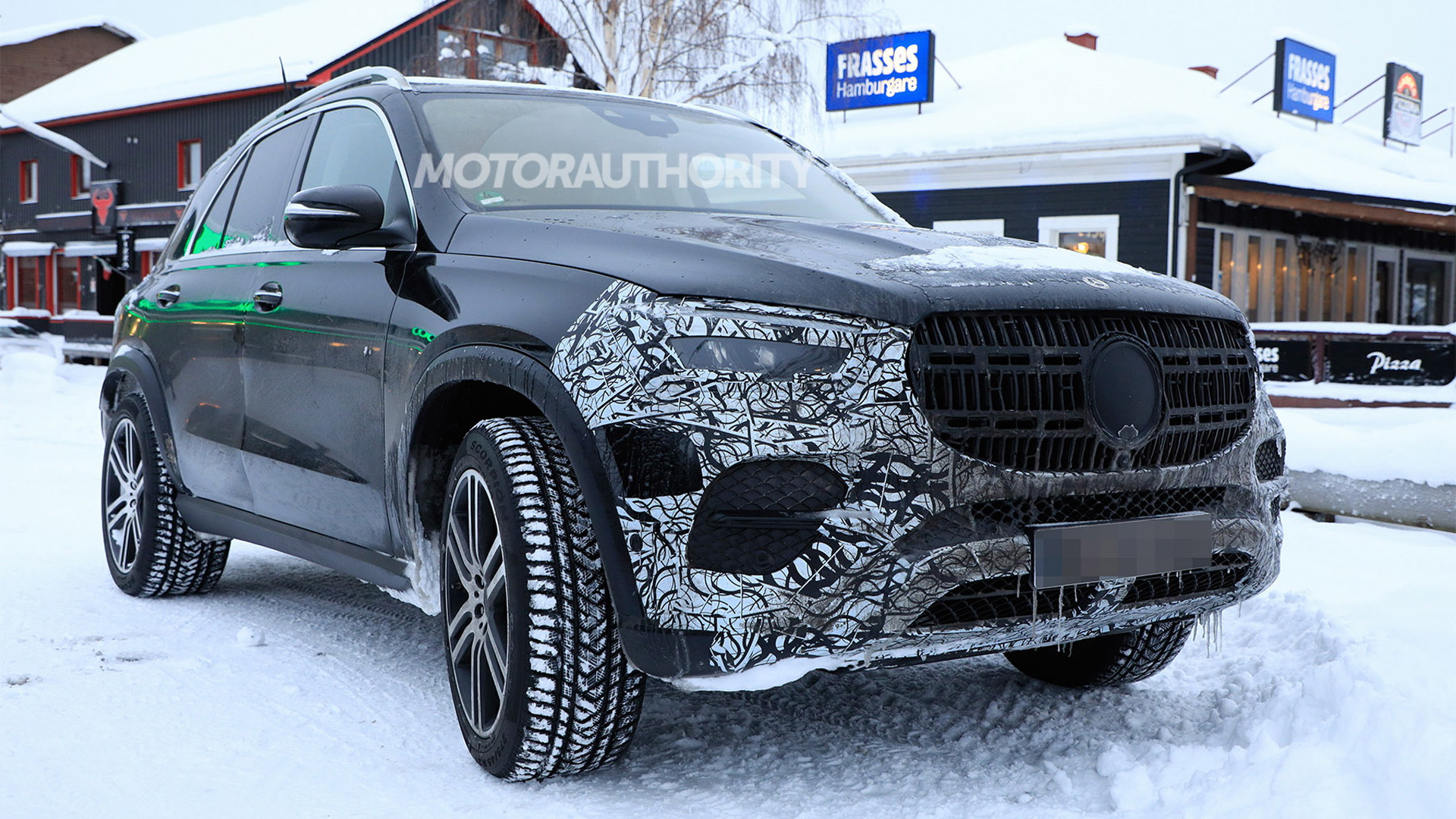 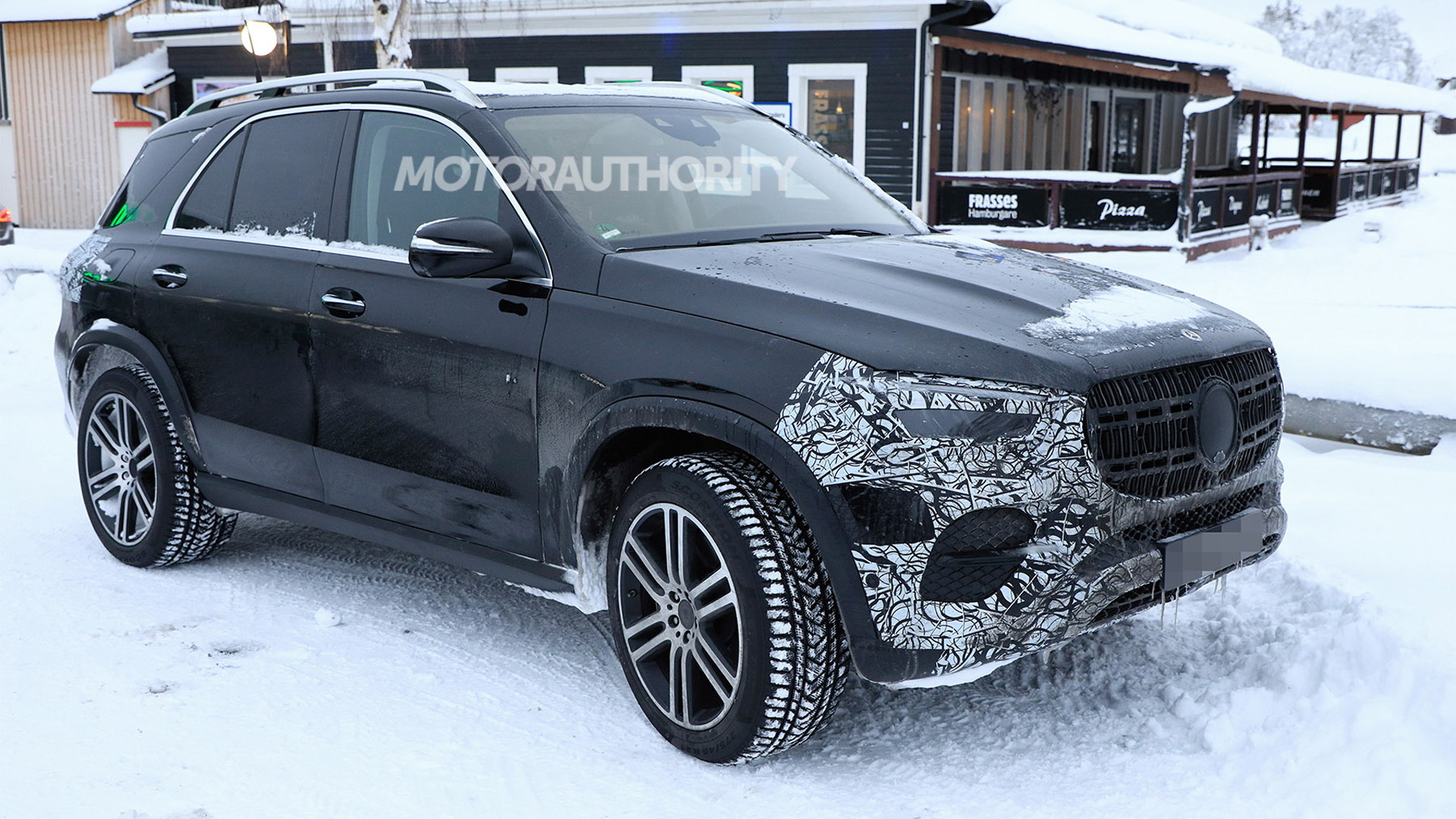 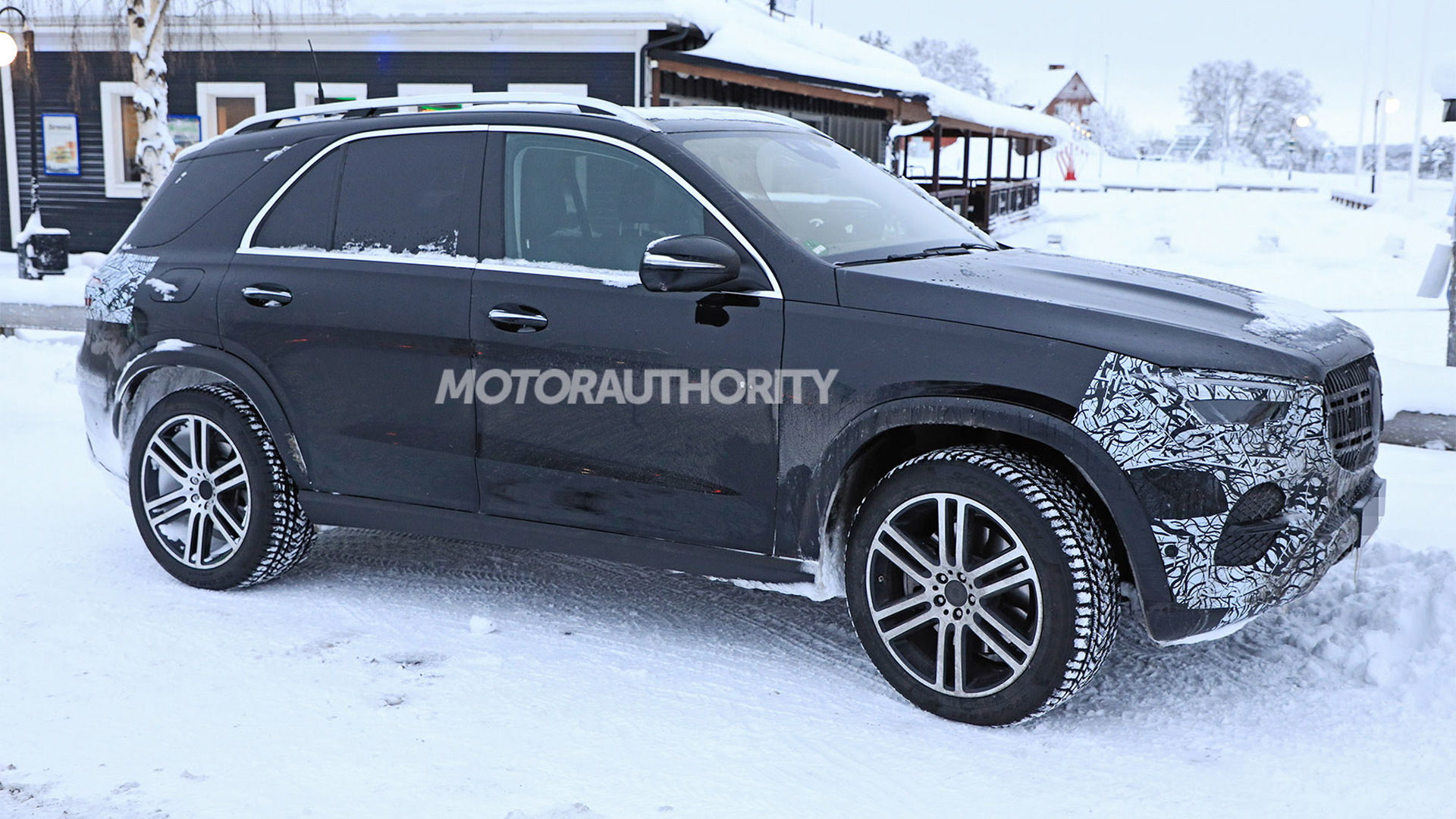 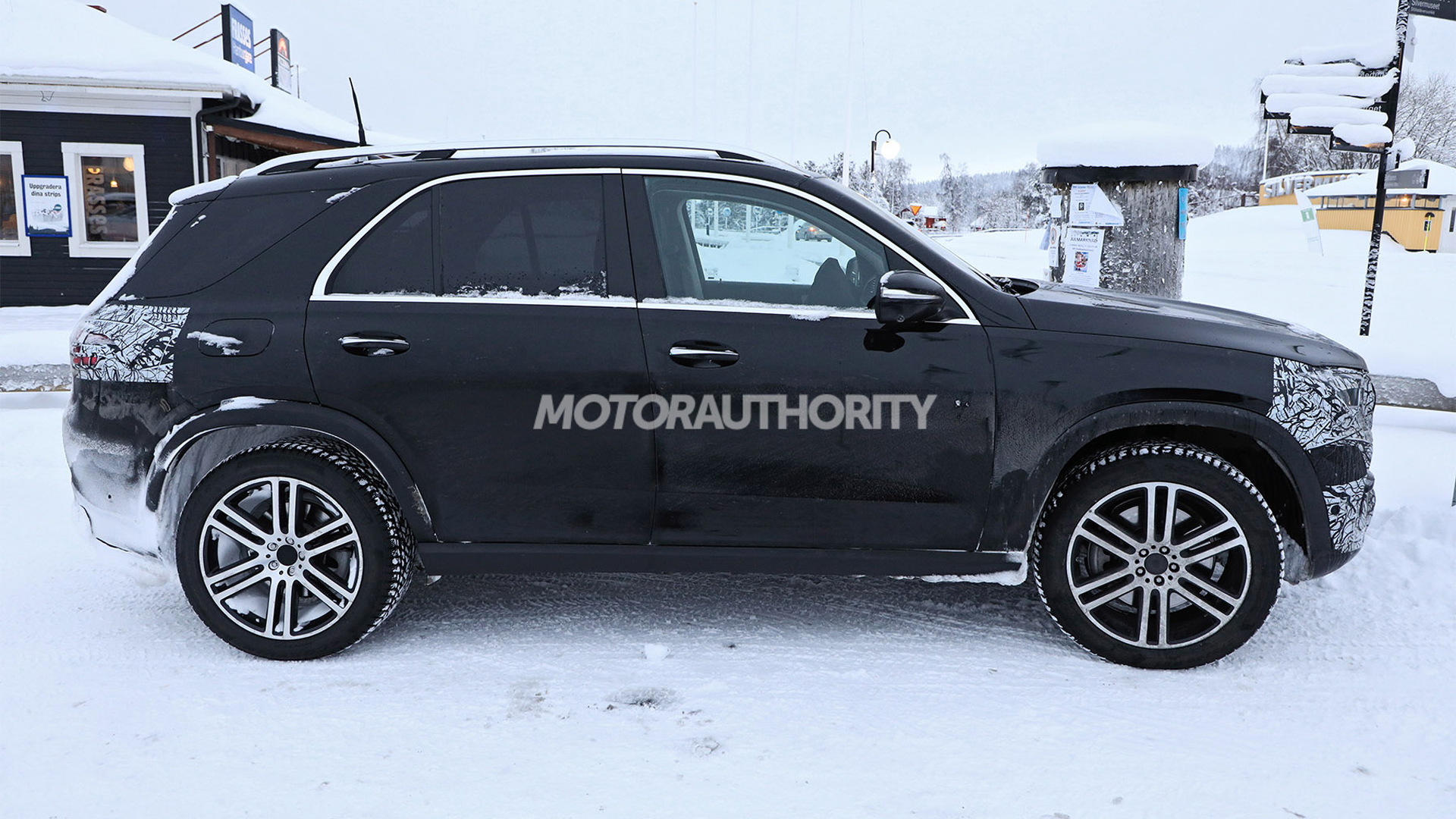 The Mercedes-Benz GLE-Class is about to go under the knife for a nip and a tuck.

The GLE-Class arrived in its current form for the 2020 model year and we should see this updated version start sales next year as a 2024 model. Prototypes of the updated mid-size SUV were spotted testing with nearly undisguised exteriors and heavily camouflaged interiors. Prototypes for an updated GLE-Class Coupe are also out testing. Both body styles should arrive around the same time.

The refreshed GLE-Class will be distinguished by a new front fascia design, seen clearly in these spy images, and updated headlights and taillights. The lighting details are covered by camouflage, but expect similar updates with eyebrow-like LED daytime running lights as seen in the refreshed 2021 E-Class lineup. Updated wheels riding on Pirelli P Zero tires can be seen on some prototypes as well.

Expect the powertrains to mostly carry over. The base engine should be a 2.0-liter turbo-4. A 3.0-liter turbocharged inline-6 should sit above this, and a beefed-up version of the inline-6 with 48-volt mild-hybrid technology should feature in the updated AMG GLE 53 model. A 4.0-liter twin-turbocharged V-8, possibly with some form of electrification, should feature in the updated GLE 63 from AMG. All engines will be mated to a 9-speed automatic transmission.

A full suite of Mercedes' latest driver-assistance systems will be available including the ability for the vehicle to steer itself in low-speed traffic. A hands-off, eyes-off self-driving system for traffic jams may be offered. The new system debuts on the S-Class in some markets early next year.