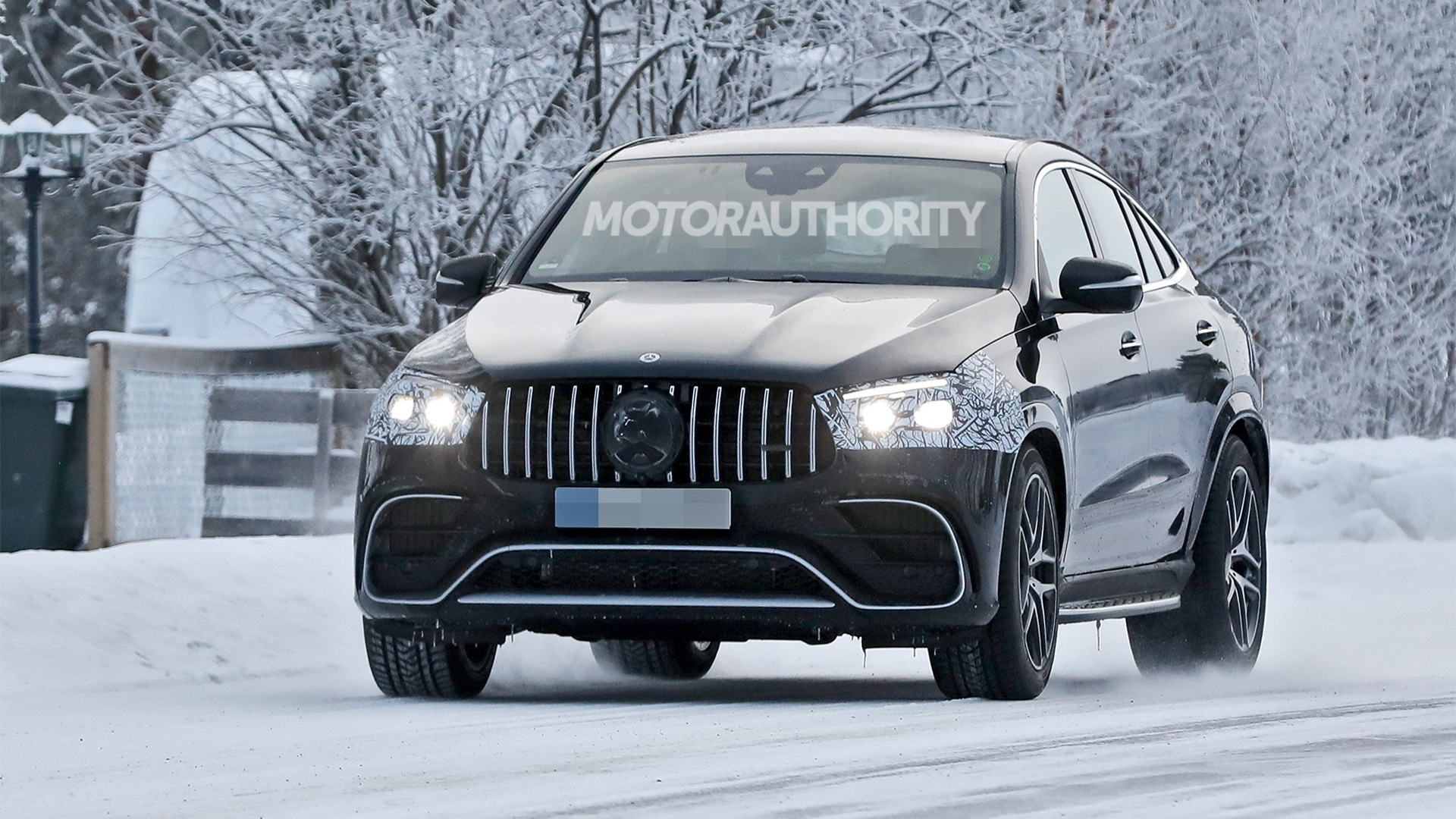 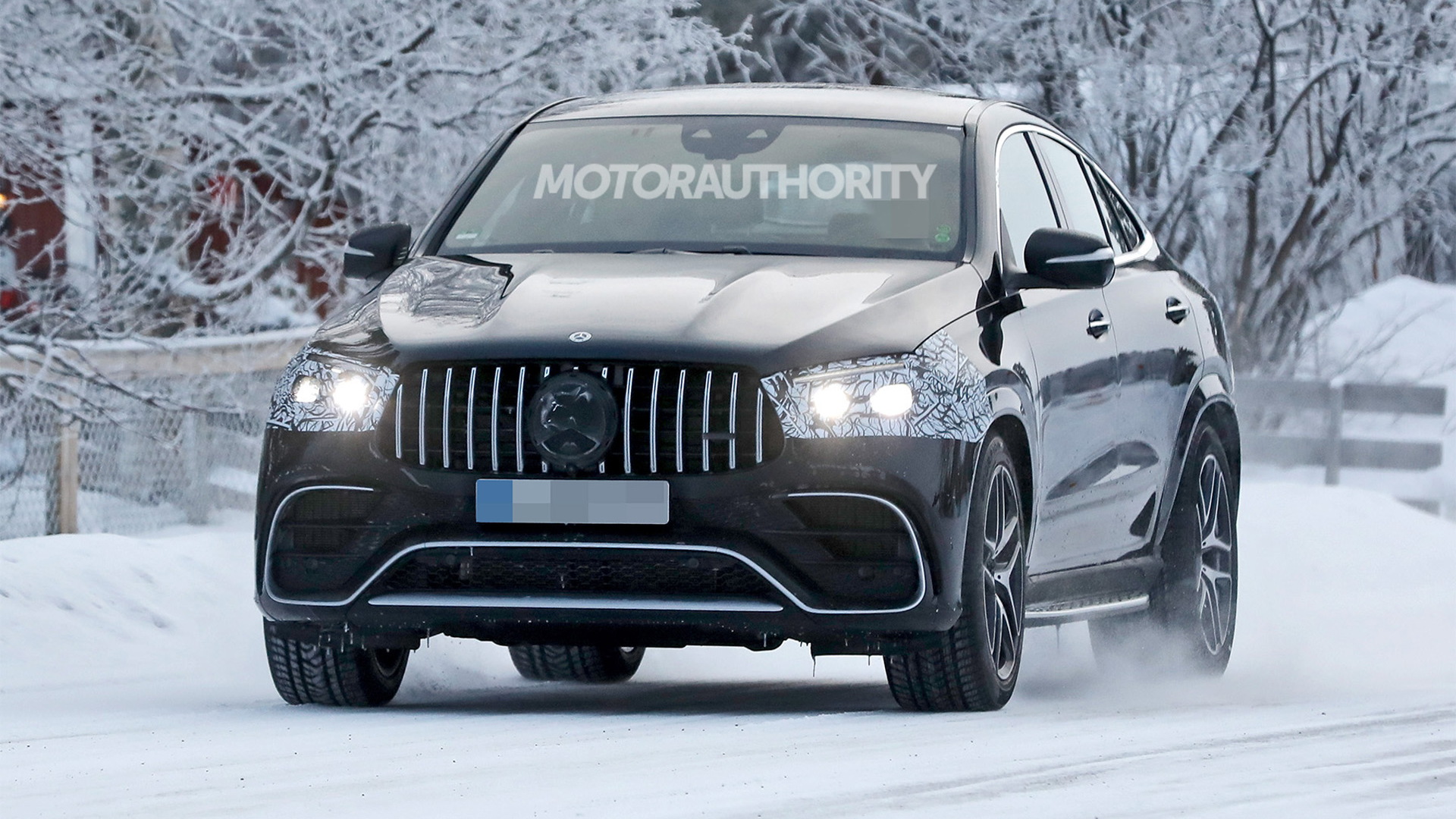 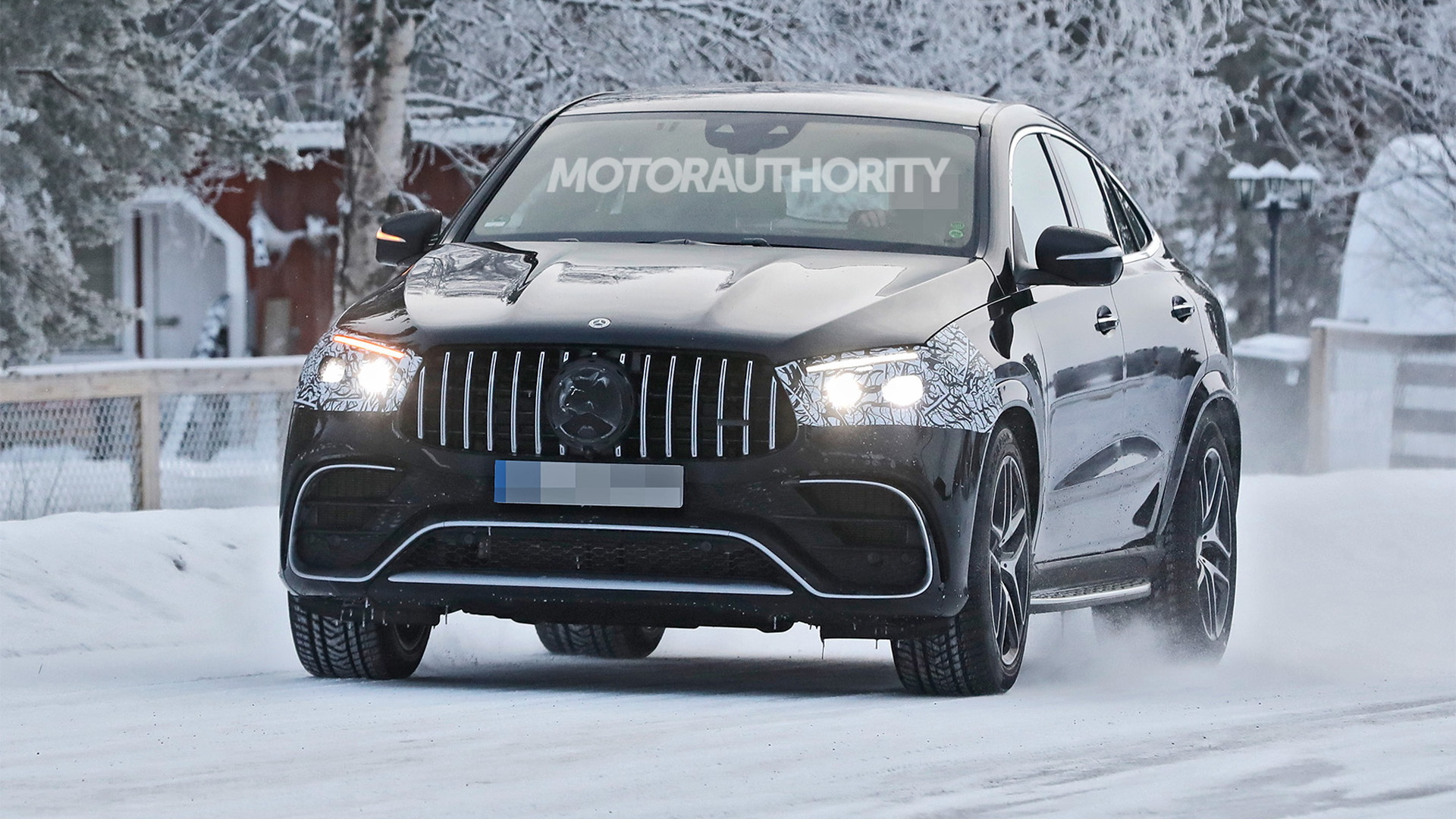 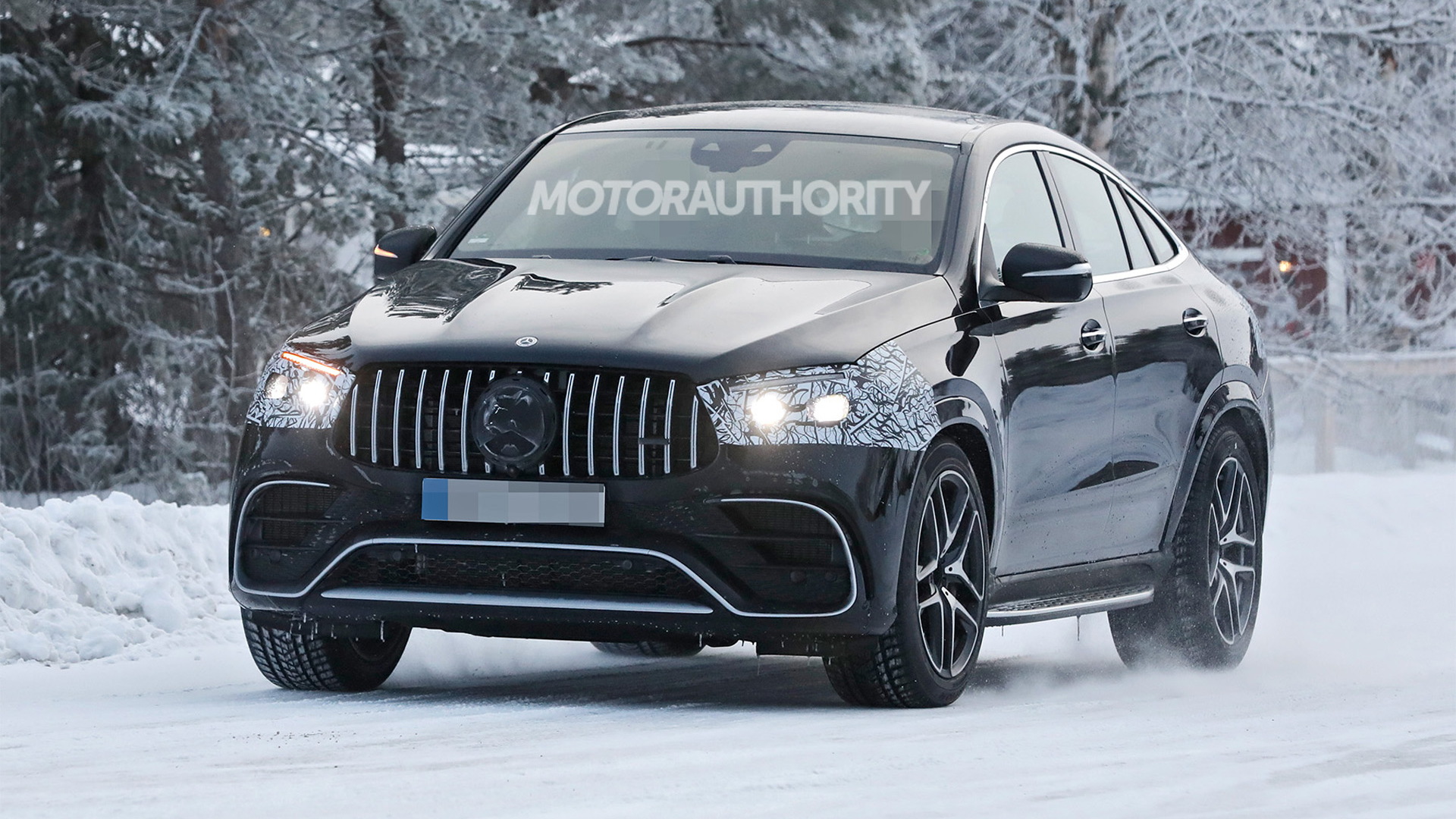 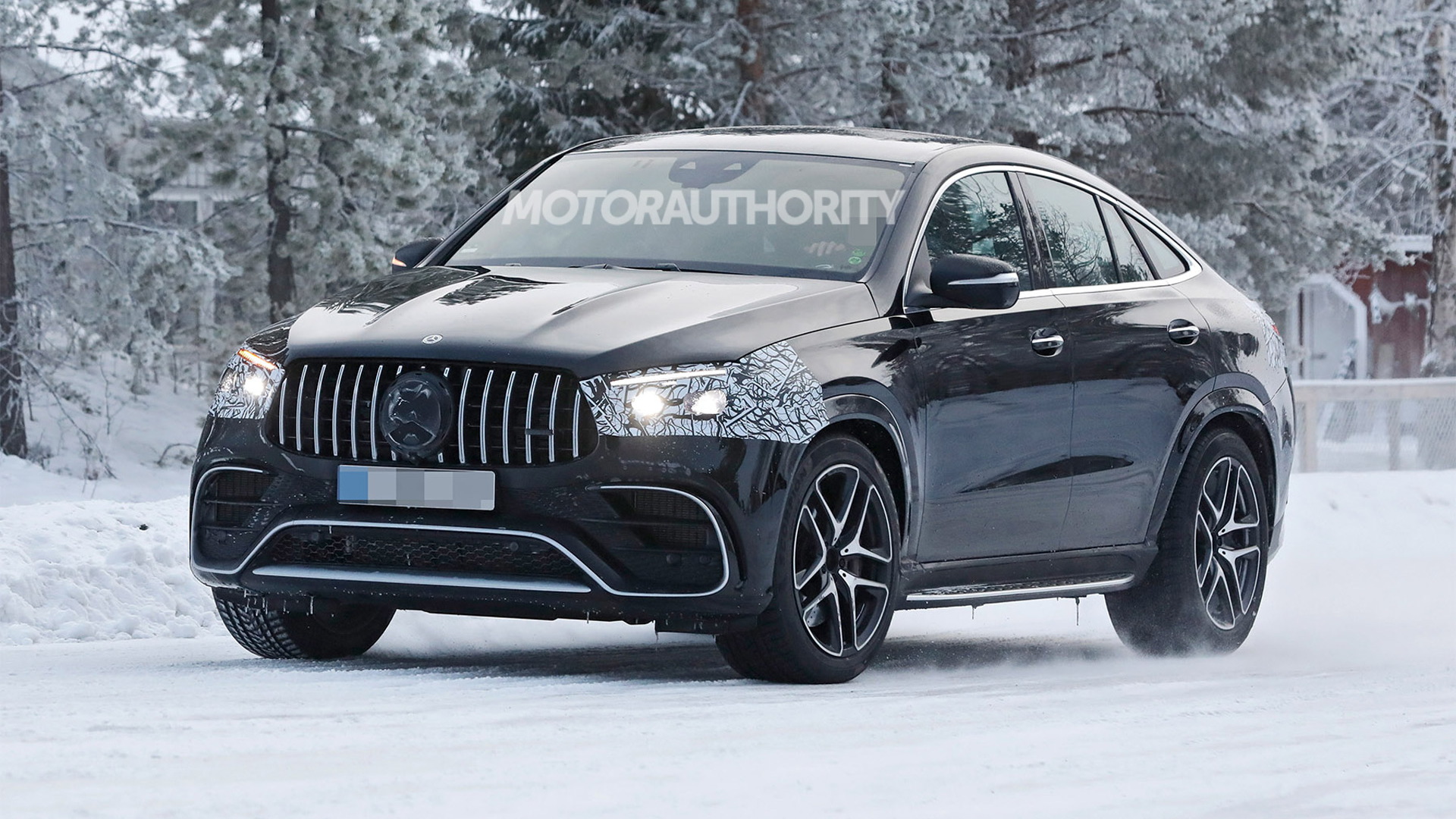 The Mercedes-Benz GLE-Class family is about to be updated, and prototypes for updated versions of some members are currently out testing. Our latest spy shots show a prototype for an updated version of the GLE 63 Coupe from AMG.

The current GLE-Class arrived in 2019 as a 2020 model, and in Mercedes tradition should be due for its mid-cycle update shortly. We should see the updated family arrive in 2023 as 2024 models.

Prototypes for updated versions of the regular GLE-Class, sporty GLE 53 Coupe, and high-performance GLE 63 have already been spotted. Now we can add the GLE 63 Coupe to that list. 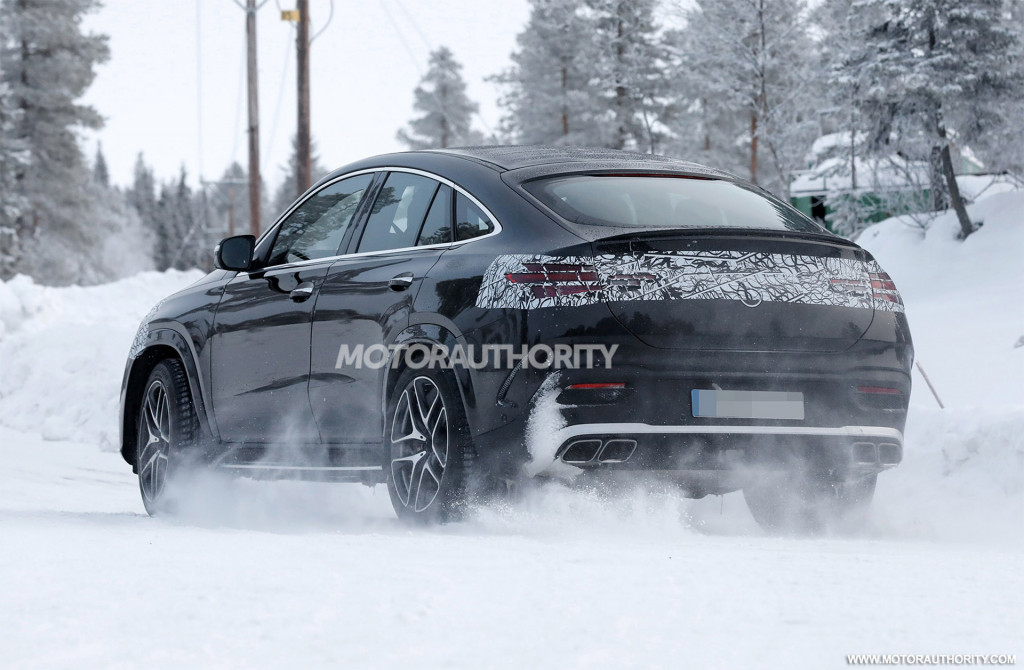 The update is likely to be a minor one, at least as far as styling is concerned. Camouflage gear on the latest prototype suggests there will be some small tweaks made to the lights at both ends. The front fascia also looks to feature a slightly revised design.

The interior should also receive an update, with Mercedes likely to install the latest version of its infotainment system. A look inside this prototype also reveals a new steering wheel design.

It isn't clear what AMG has planned for the powertrain, though we aren't expecting any real changes to the current 4.0-liter twin-turbocharged V-8 and mild-hybrid combo. Although AMG is rolling out a new V-8-based plug-in hybrid powertrain, we don't spot a charging port on this particular prototype. 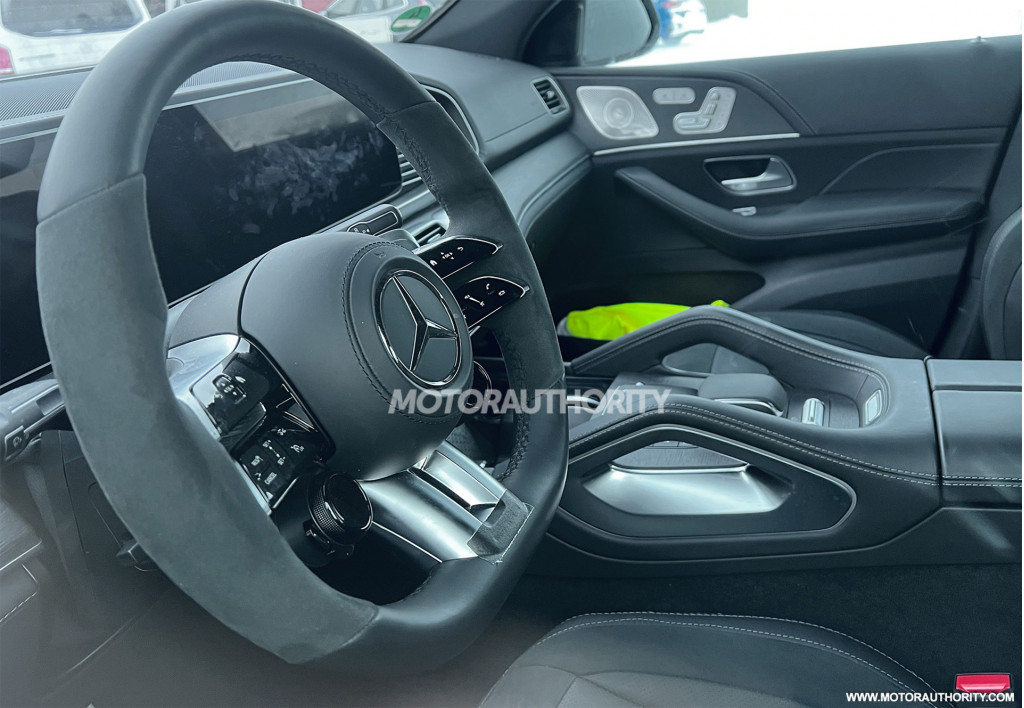 The GLE 63 at present dishes out 571 hp in standard guise and 603 hp in spicier GLE 63S guise. In both cases the mild-hybrid setup can add a temporary boost of 21 hp. Note, only the GLE 63S is offered in the U.S. market at present, with buyers able to choose between the regular SUV body and the coupe-like version.

The GLE-Class is one of Mercedes' best sellers. Ignoring 2020's pandemic affected tally, the mid-size SUV averages approximately 50,000 annual sales in the U.S. alone. Production of all GLE-Class models, including the AMGs, is exclusively handled at Mercedes' plant in Tuscaloosa, Alabama.

Also set to start production in Tuscaloosa shortly will be new electric SUVs, the EQS SUV and EQE SUV. We know that the EQE SUV will have an AMG-tuned version, and there's a good chance the EQS SUV will, too.