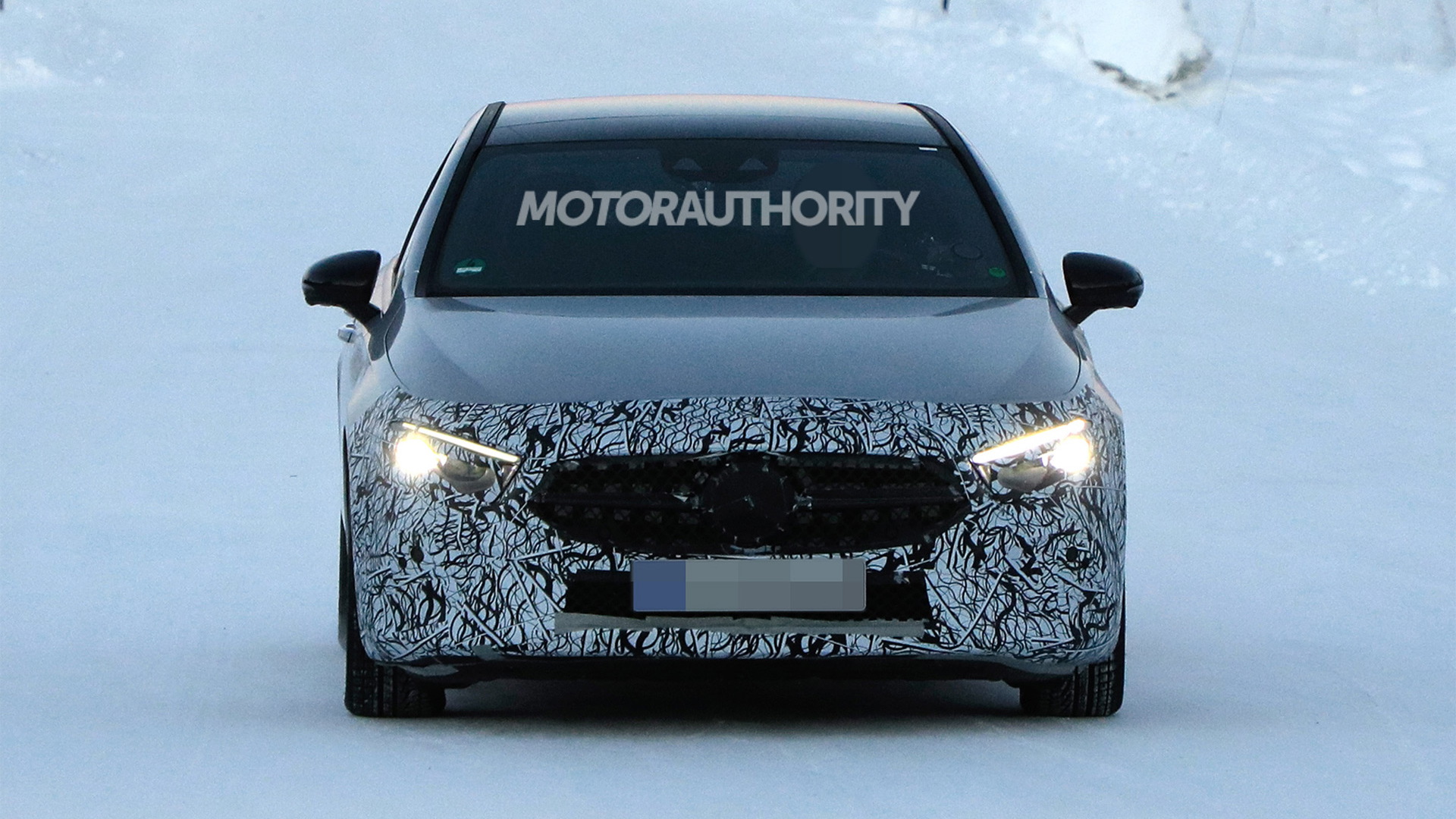 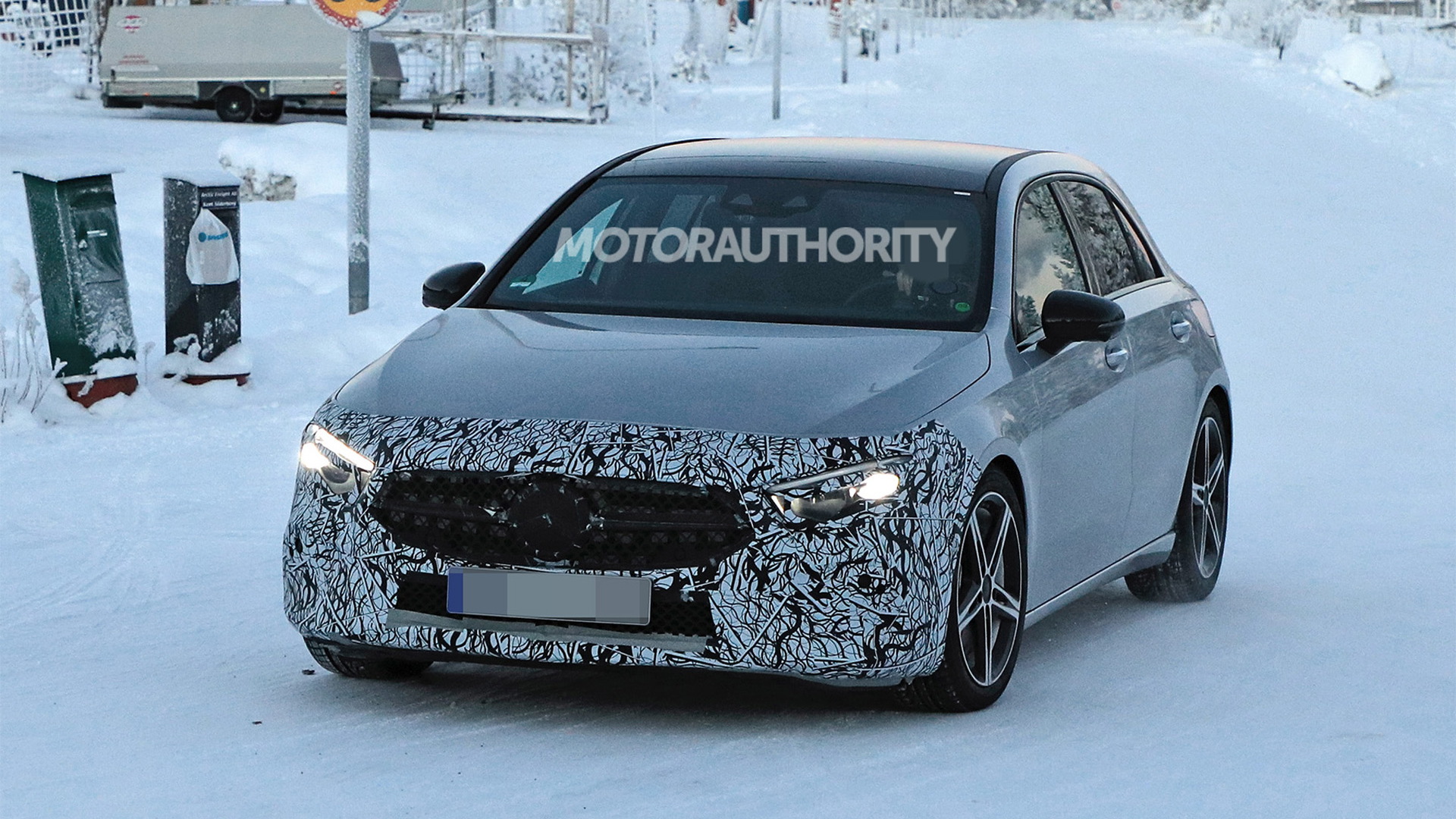 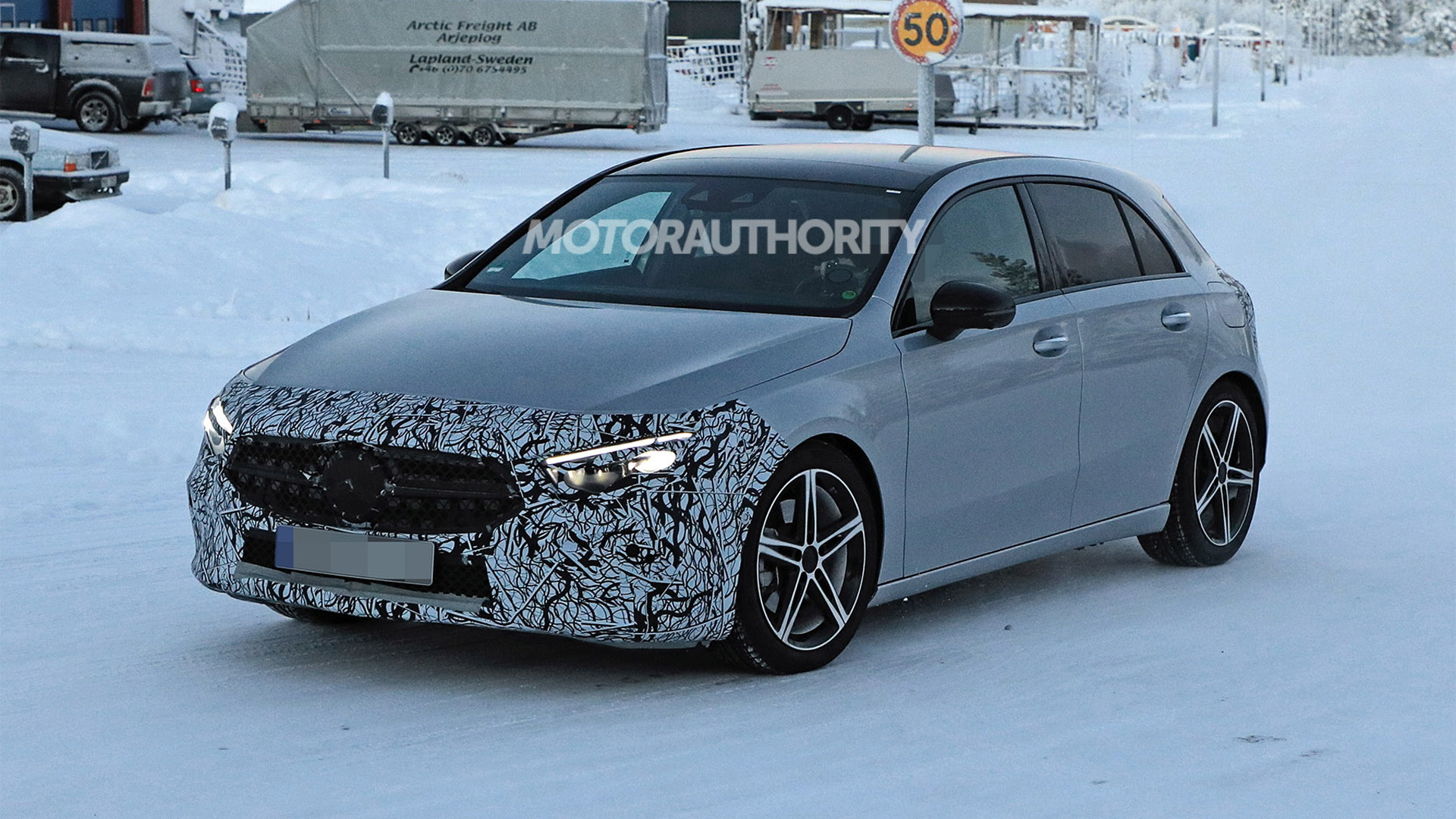 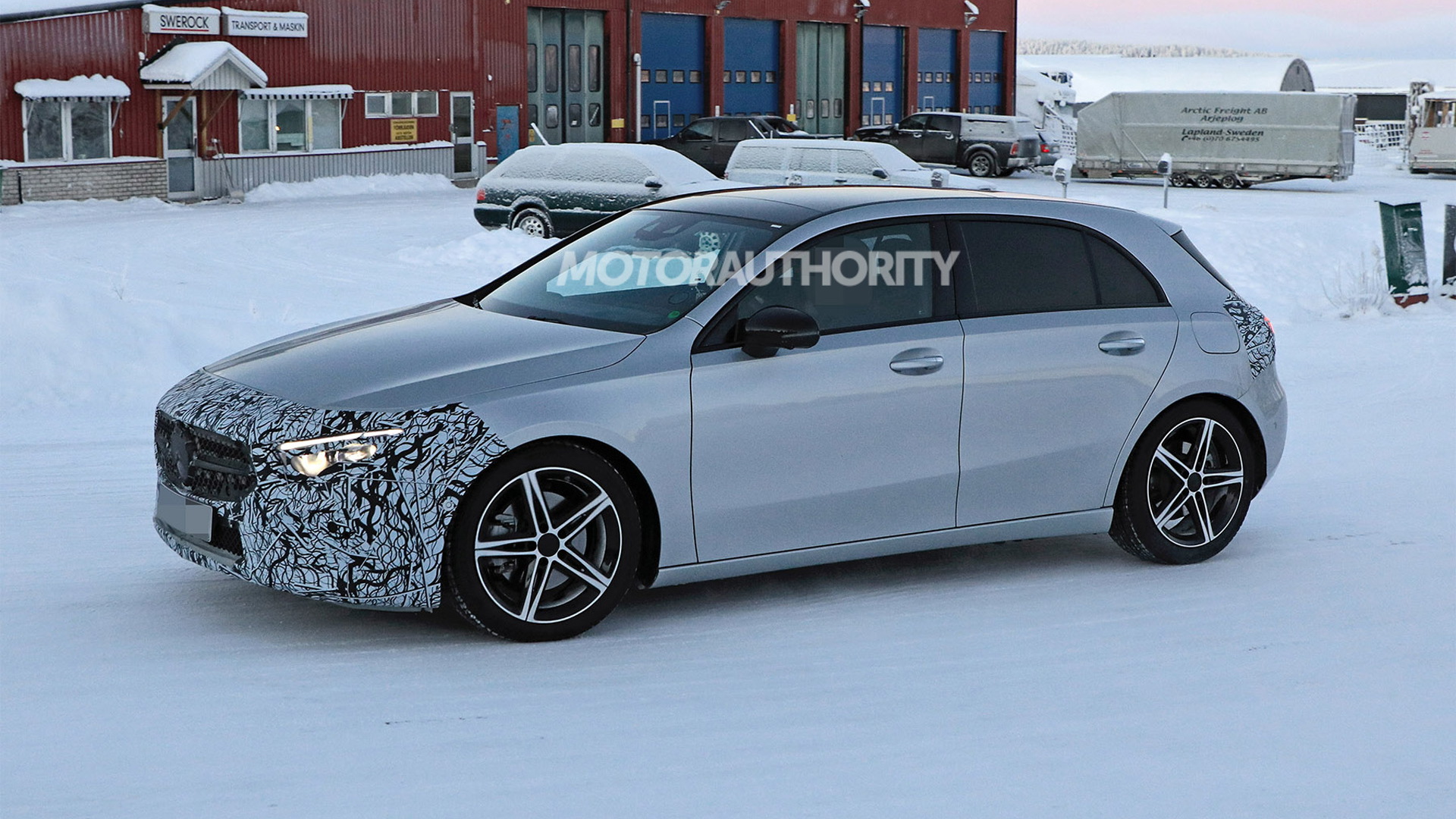 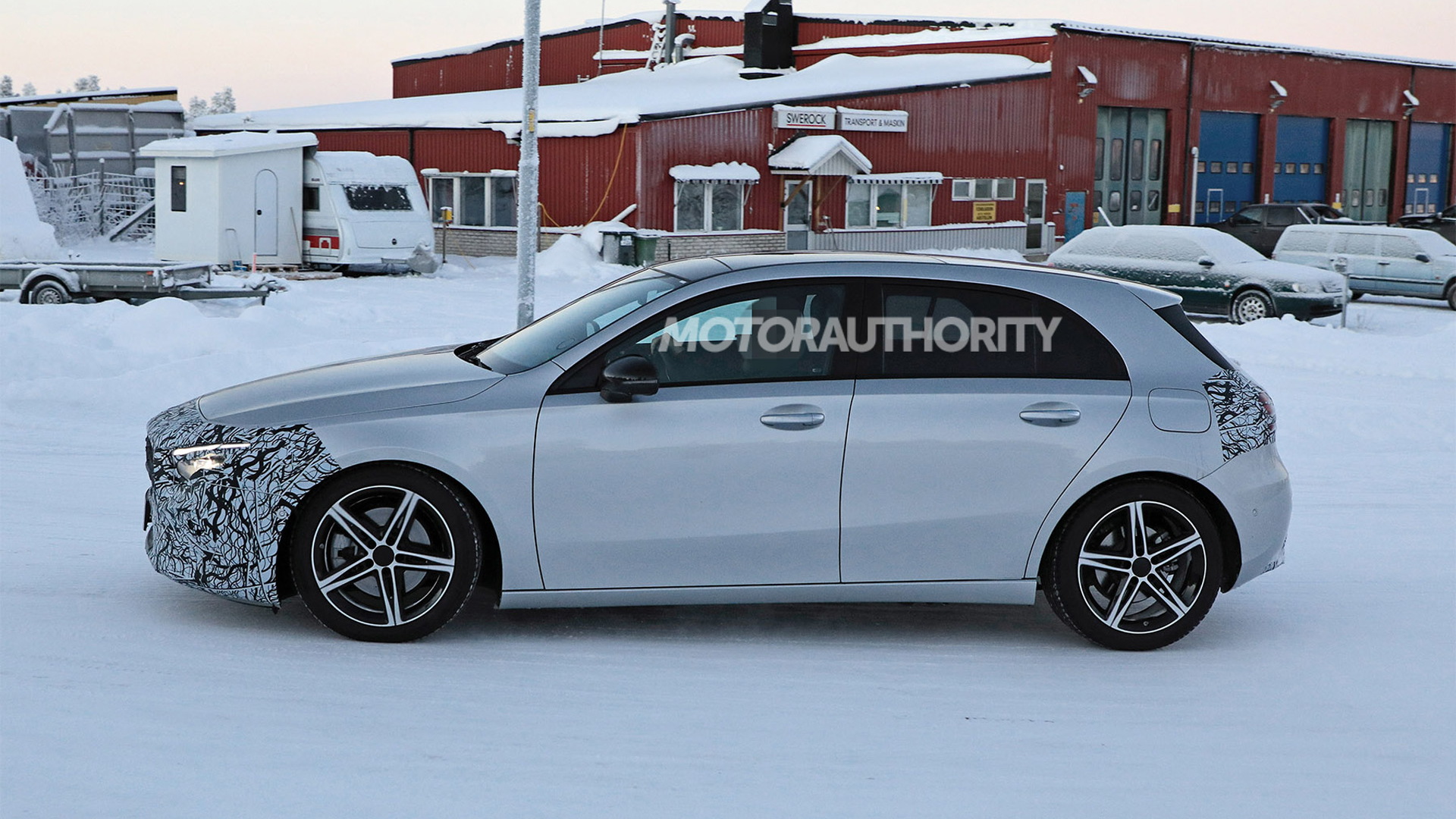 The Mercedes-Benz A-Class is about to come in for a round of updates, as evidenced by prototypes spotted on multiple occasions during the past year.

These latest prototypes are for an updated version of the A-Class hatchback sold outside the U.S., but prototypes for the sedan variant we get here are also out testing.

The prototypes are only lightly camouflaged, which makes sense for an update. There looks to be revised fascias at both ends, plus a revised front grille with a new mesh pattern. It also looks like the center of the grille, where the Mercedes logo would normally sit, will house a sensor for the electronic driver-assist systems. It's possible the sensor will be integrated with the logo in the updated A-Class.

It isn't clear at this stage what powertrain changes are planned. It's possible a plug-in hybrid powertrain is finally offered in the U.S. with this update. One has been available in other markets since 2019. The powertrain is comprised of a 1.3-liter inline-4 and an electric motor-generator integrated with an 8-speed dual-clutch transmission. System output is 217 hp and 332 lb-ft of torque, and the exhaust vents from underneath the car.

The A-Class is currently offered exclusively with 2.0-liter turbocharged inline-4s in the U.S. The base version has a modest 188 hp but you can get an A35 from AMG, which packs 302 hp. The A-Class hatchback also comes in A45 and A45 S grades in most markets, delivering 382 and 416 hp, respectively. An updated version of the A45 hatchback is also out testing. With any luck, the sedan body style will also receive the A45 treatment with this update.