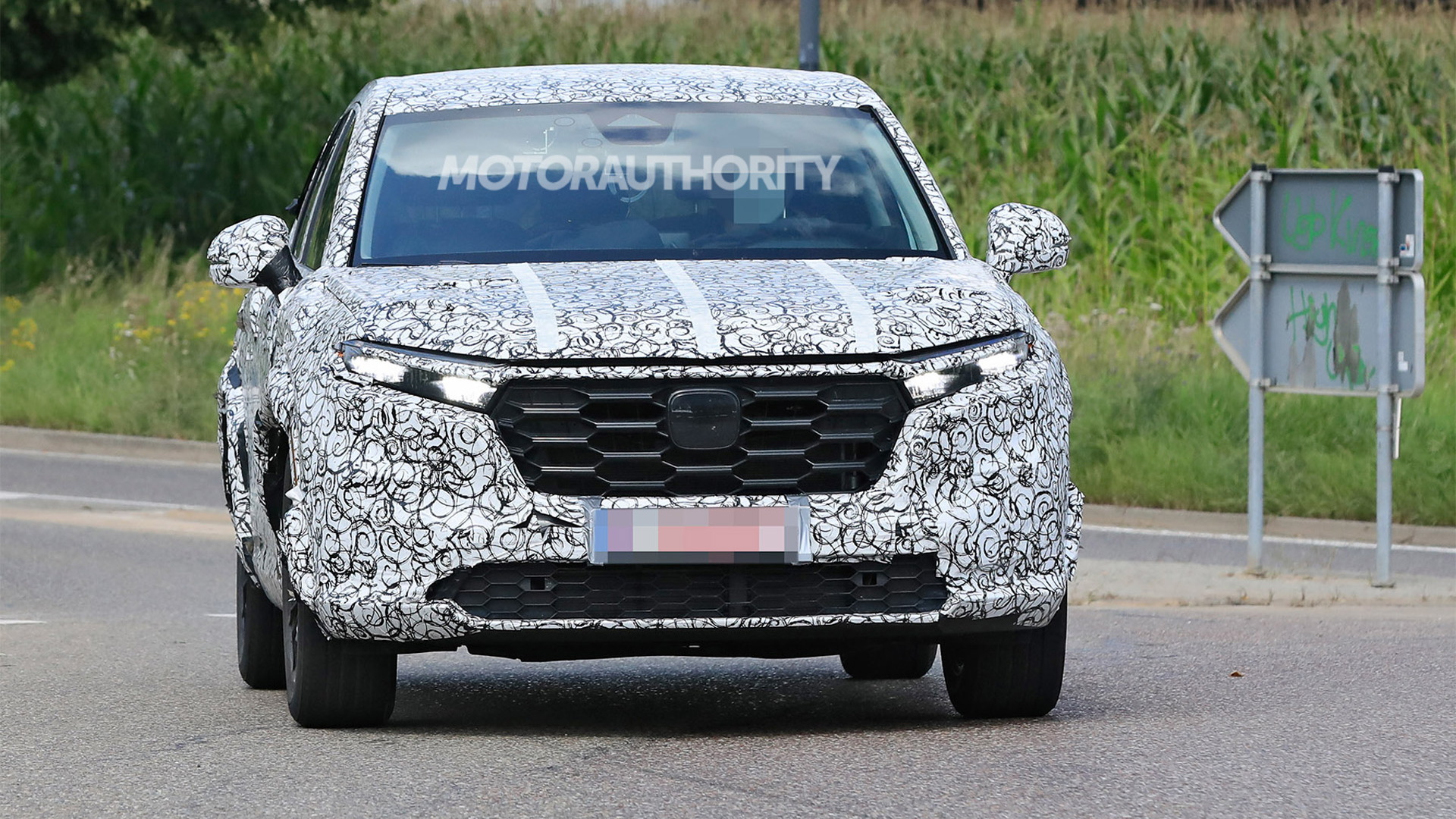 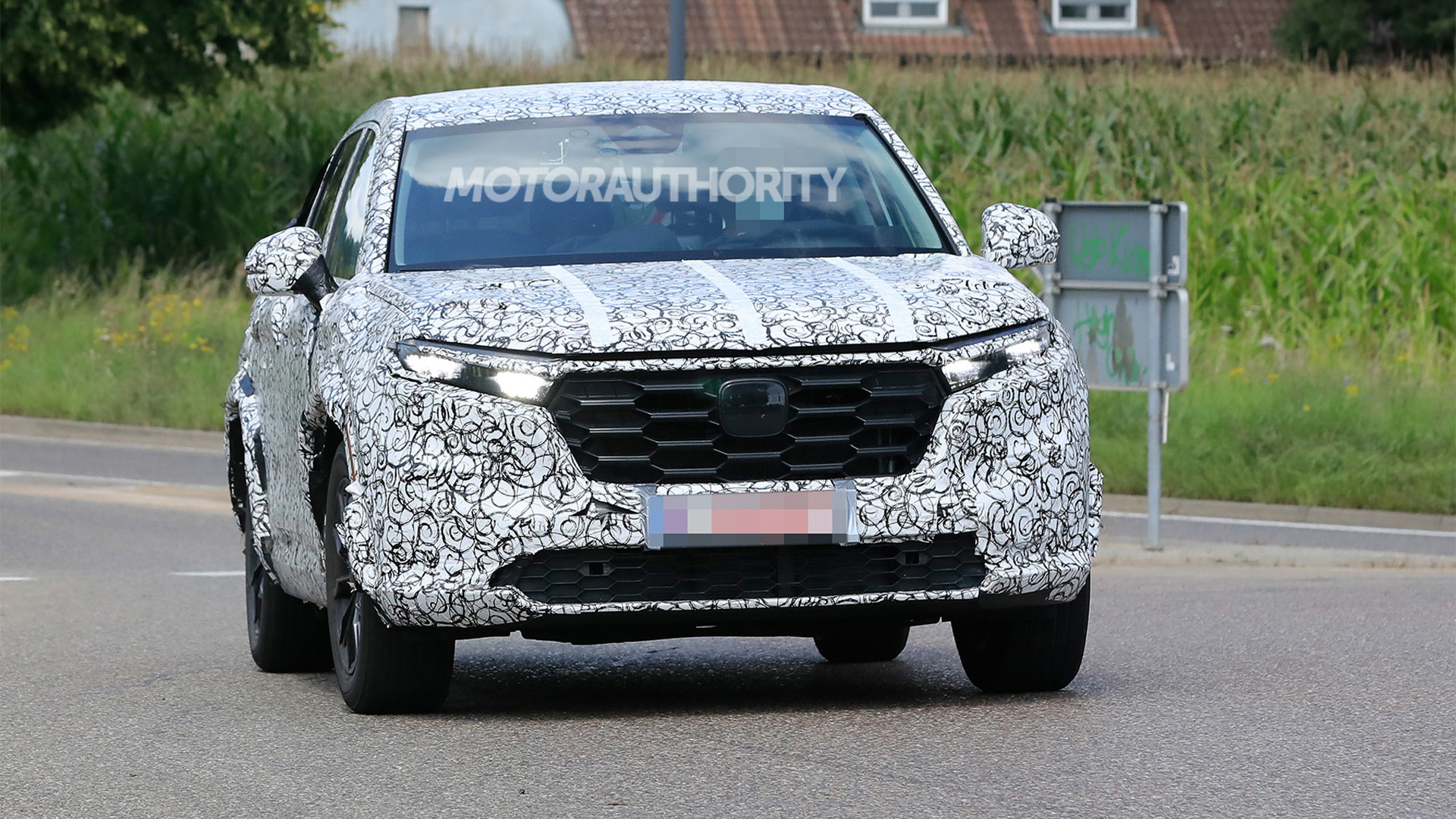 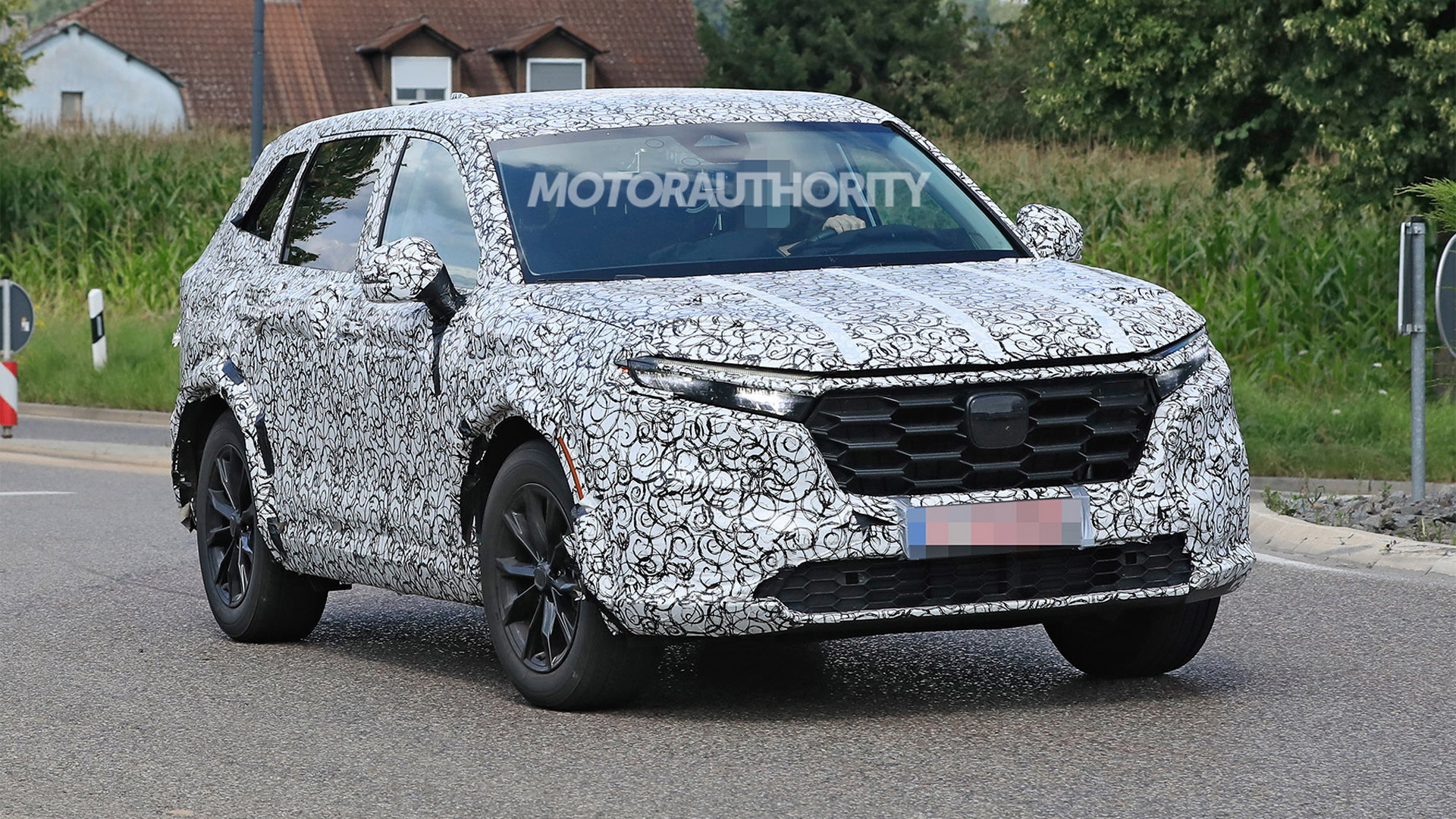 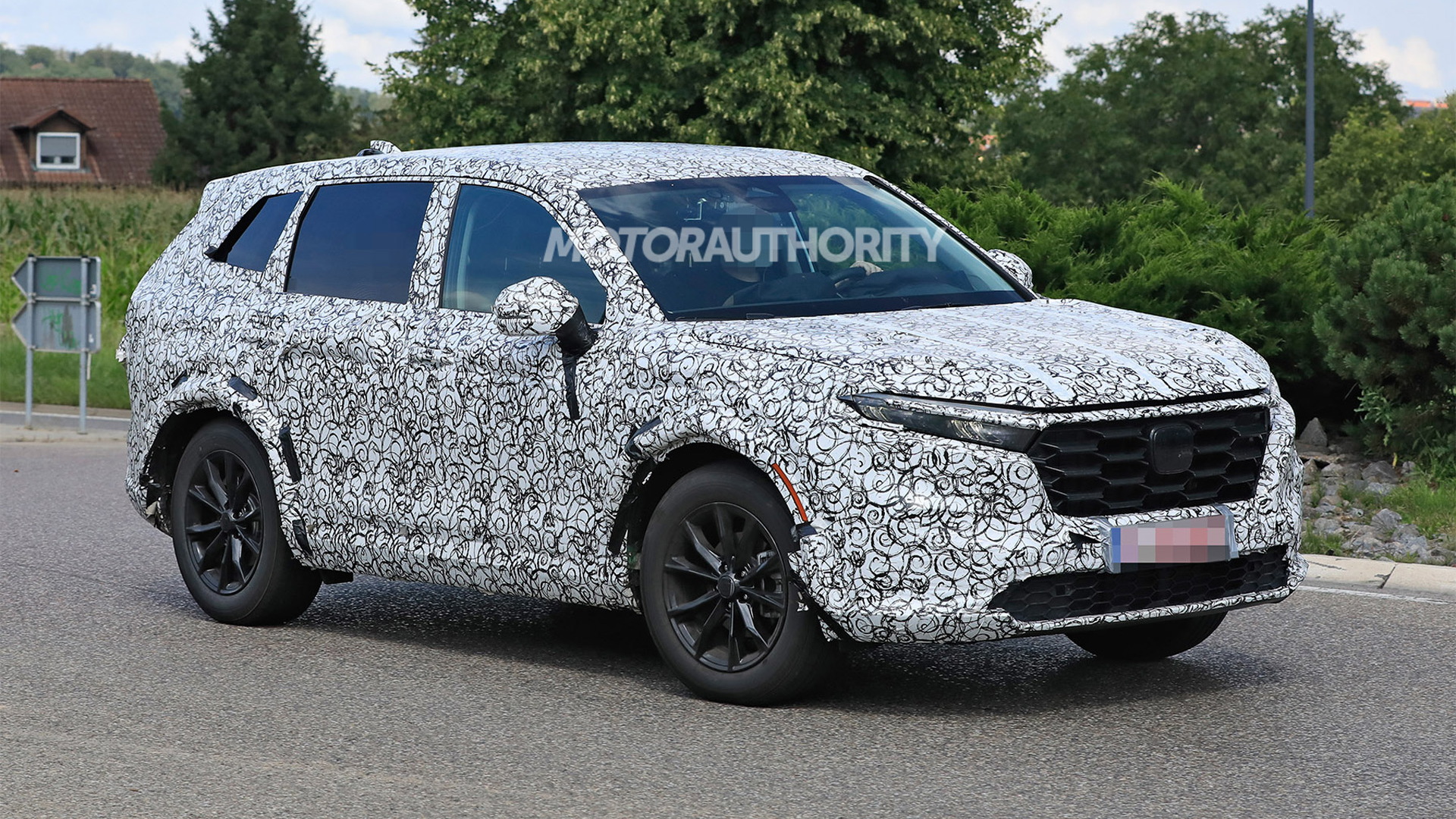 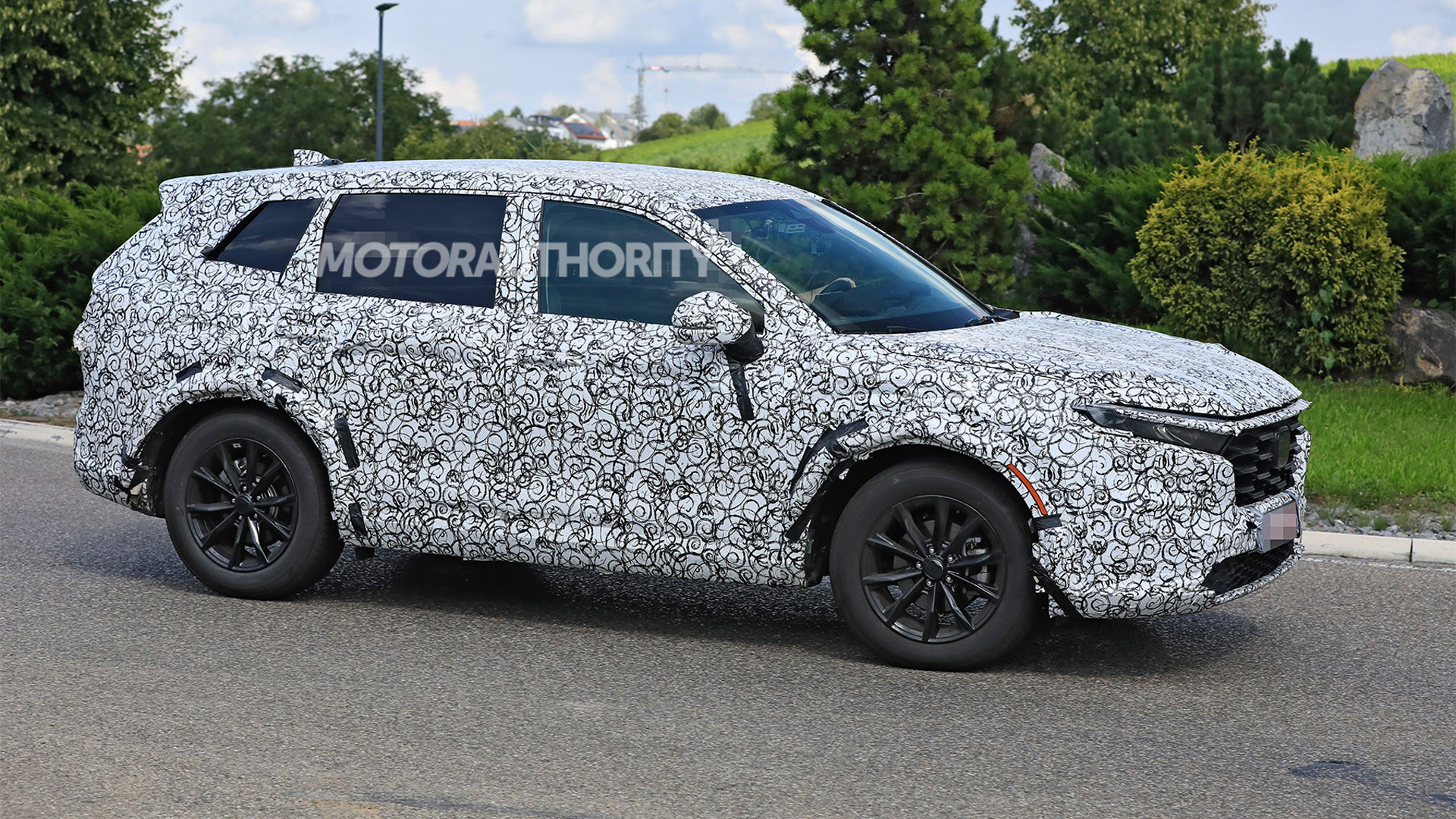 Honda has once again been spotted testing a prototype for its next-generation CR-V.

The CR-V has grown in size over the years from a compact into a small crossover that in some markets can even be ordered with a third row. It appears the trend will continue with the new sixth-generation model which should arrive in 2022 as a 2023 model (the current CR-V arrived in 2016 as a 2017 model). A redesigned version of the mid-size Pilot crossover is also expected for 2023.

The redesigned CR-V's styling has clearly been influenced by the latest Accord, with the grille and headlight treatment almost a match. The proportions are different to the current CR-V, with the hood appearing longer and the rear overhang also appearing stretched out a bit.

The platform is likely to be the same one destined for a redesigned Civic due out this spring as a 2022 model. The interior is also likely to be a match, judging by the design of the infotainment screen and the position of its control knob seen in one of the shots.

It isn't clear what Honda has planned for the powertrain lineup. However, it's likely the current CR-V's 1.5-liter turbocharged inline-4 base option will carry over, along with the hybrid setup that was just added for 2020. The hybrid setup relies on a 2.0-liter inline-4. In both cases a continuously variable transmission is fitted. Buyers of the redesigned CR-V should have the option between front- and all-wheel drive.

Even though there's a lot of competition in the space, including from the luxury marques, the CR-V is still a top-seller. The current generation has averaged over 350,000 annual sales in the U.S. alone, and even with the Covid-19 restrictions last year a total 333,502 examples were sold. In other words, this is a redesign Honda can't afford to mess up.