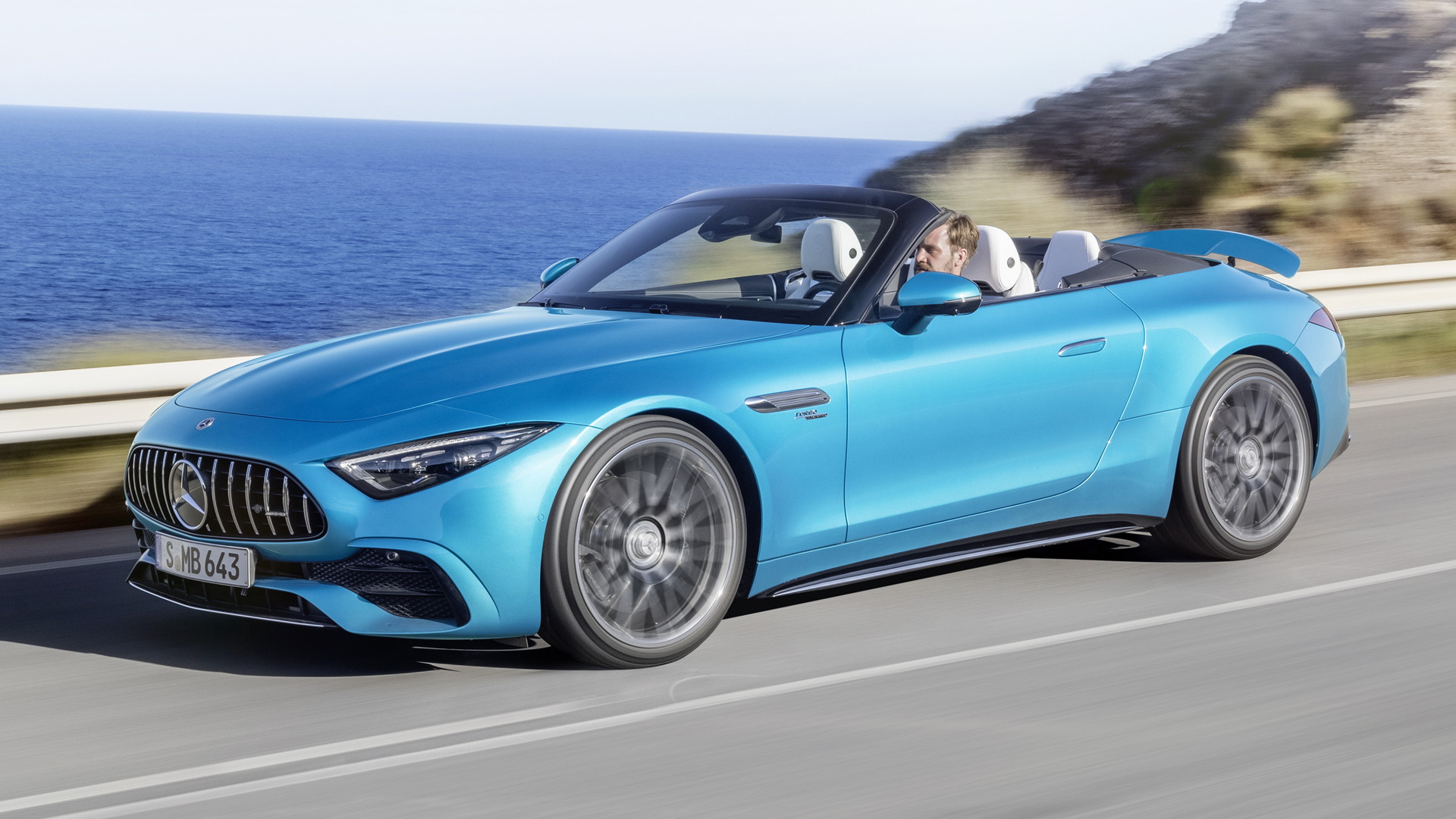 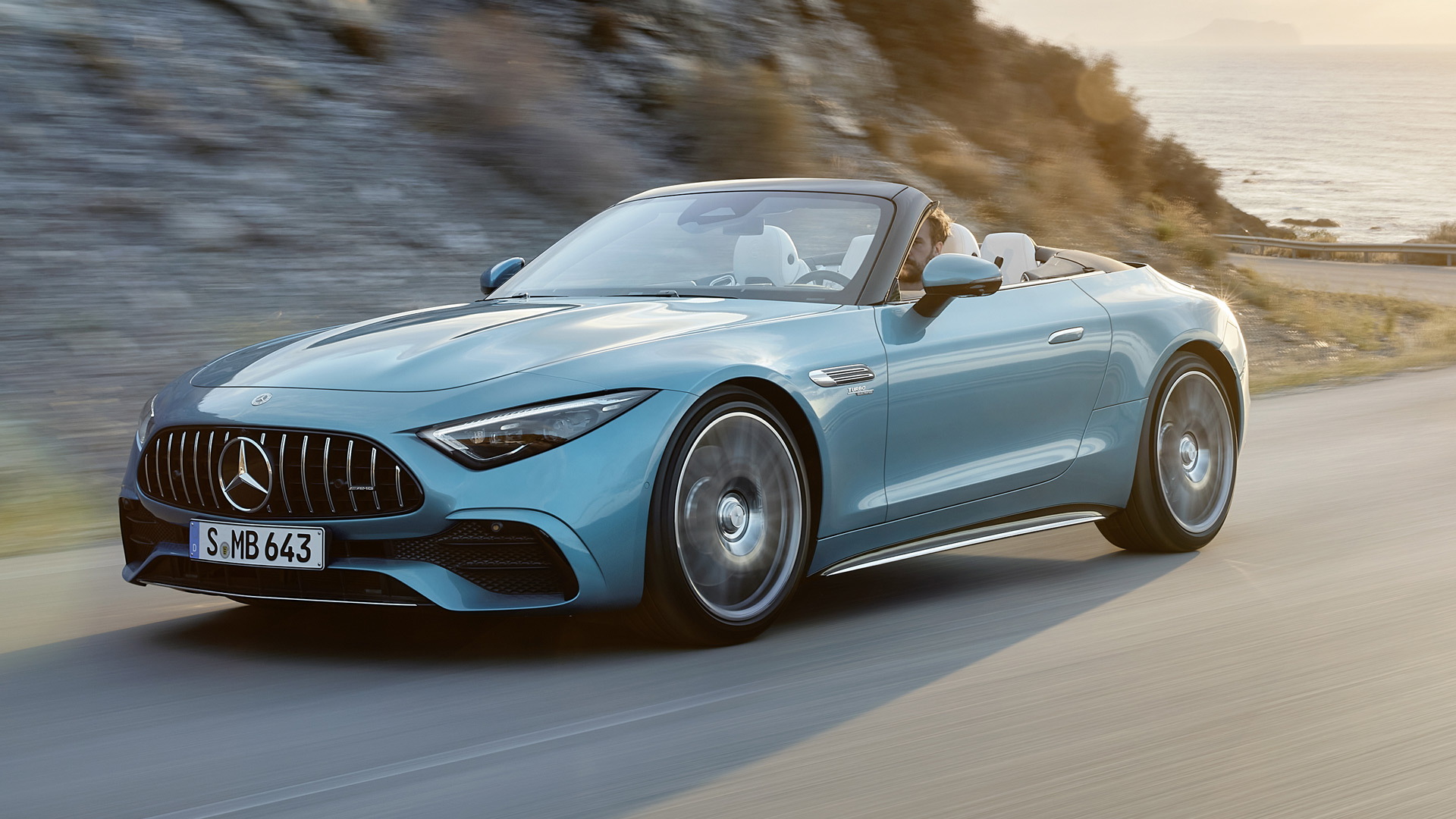 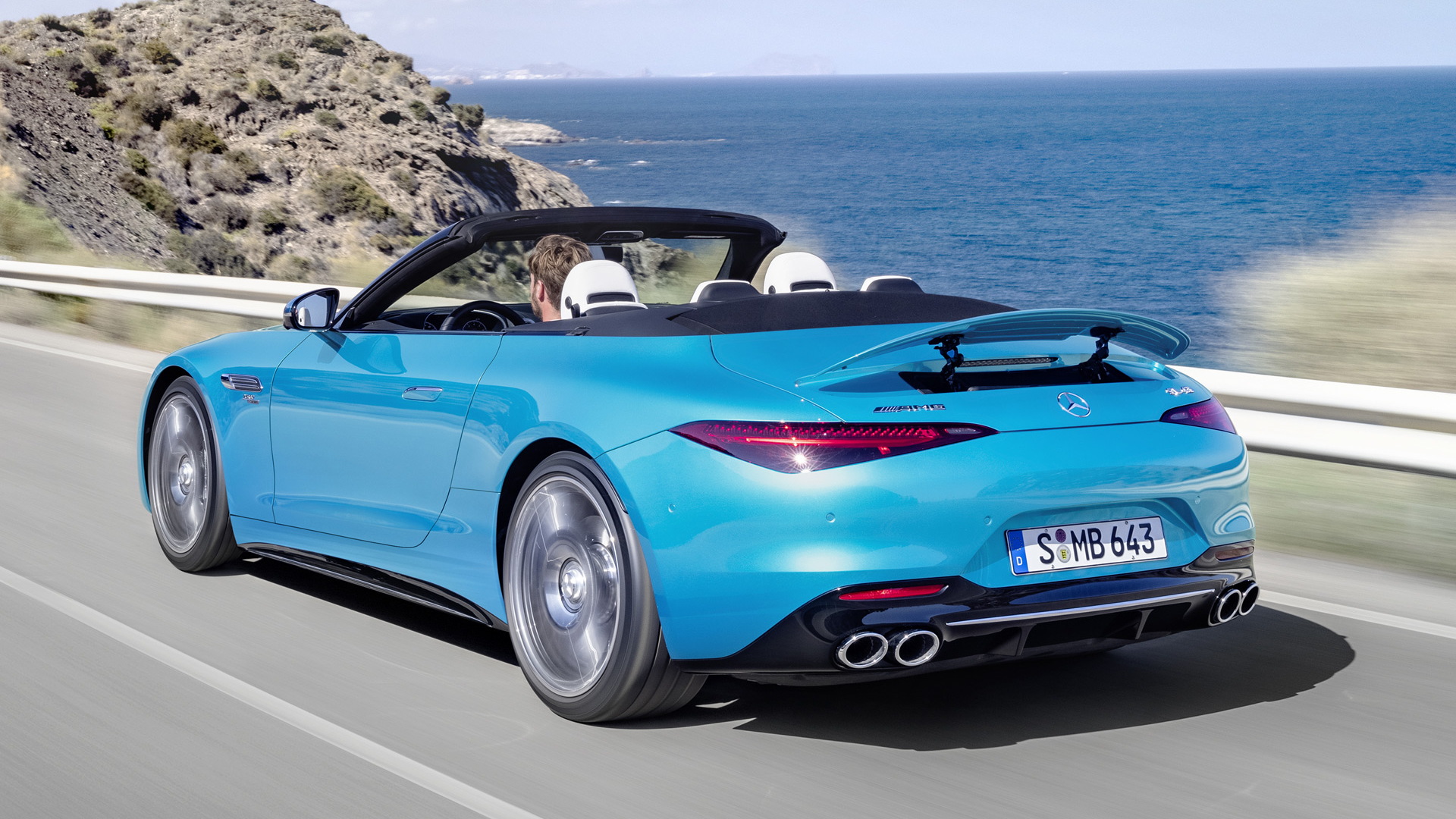 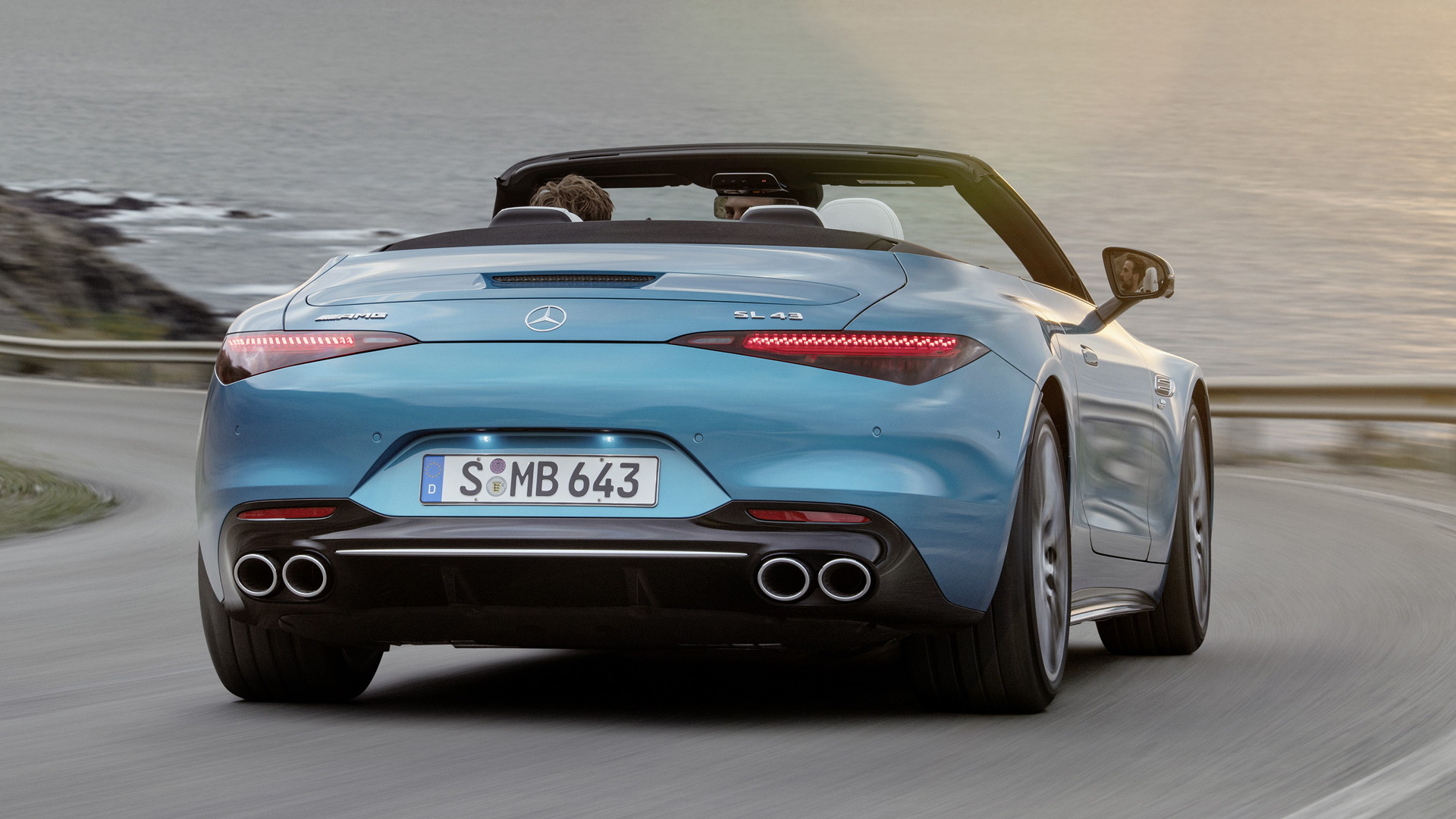 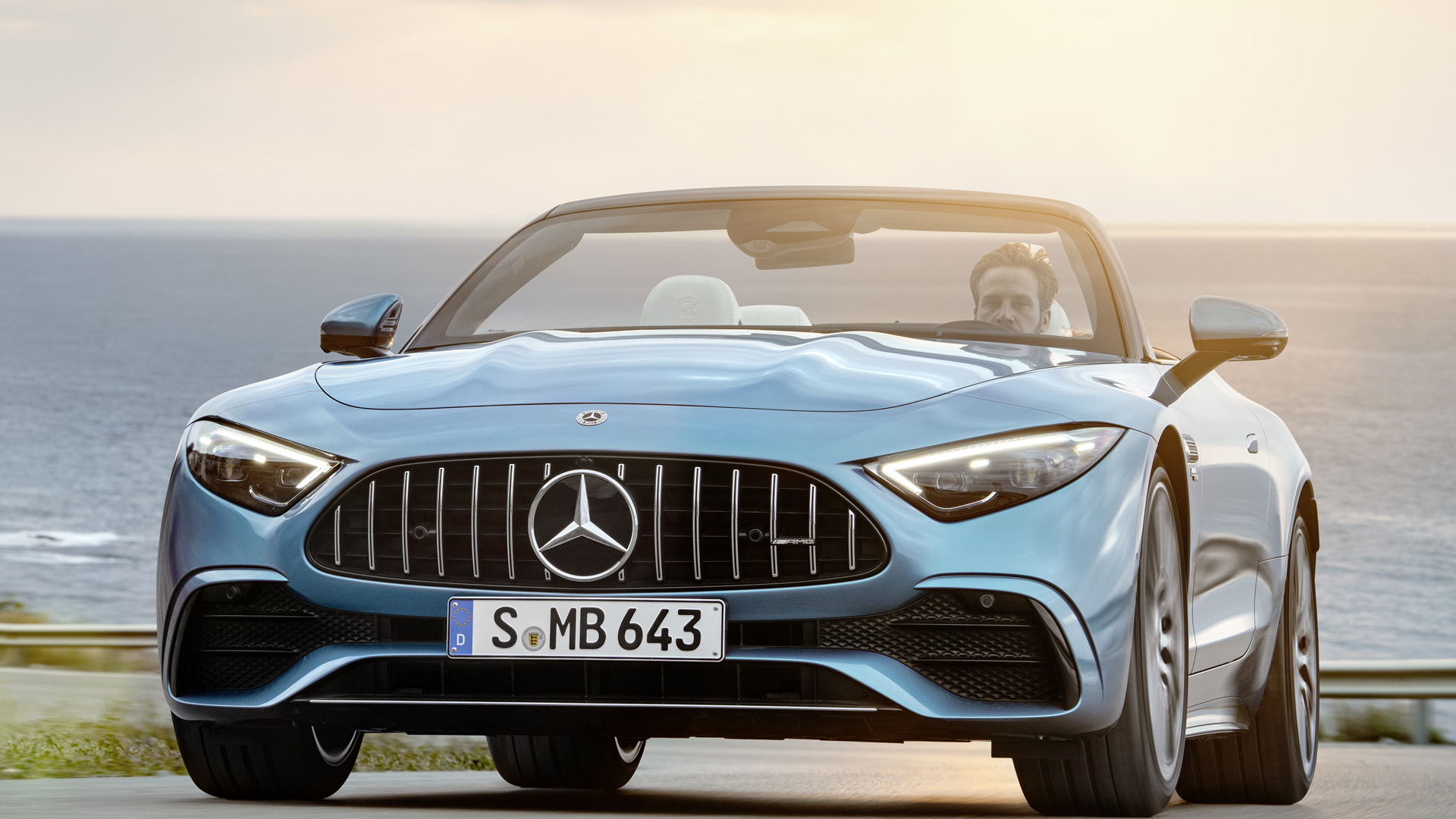 Mercedes-Benz AMG on Wednesday unveiled a new version of its redesigned SL convertible, one powered by a 4-cylinder engine.

The car slots in roughly where the V-6-powered SL 400 used to sit, though its availability in the U.S. is yet to be confirmed.

Under the hood is a 2.0-liter turbocharged inline-4 that generates 381 hp on its own and can receive a temporary 14-hp boost from a mild-hybrid system. While this is nothing new, the engine's turbocharger is an electrified design similar to what's used in Formula One.

We've seen automakers offer engines with electric compressors, where an electric motor is used to spin a compressor that helps deliver boost pressure to an engine during low revs, with a conventional turbocharger taking over once revs build. The result is strong engine response from idle, something you don't normally have with turbocharged engines. In the case of the SL 43's engine, the electric motor is integrated directly with the turbocharger, sitting between the turbine wheel on the exhaust side and the compressor wheel on the intake side. In F1, the electric motor is also used to recover energy from the exhaust when boost isn't required, though this doesn't appear to be the case in the SL 43.

Instead, the electric motor here relies on energy recovered from the vehicle's mild-hybrid system. This 48-volt system is essentially a beefed-up electric starter motor able to aid the engine during high loads and recover energy under braking.

Unlike the V-8-powered SL 55 and SL 63, which come with standard all-wheel drive, the SL 43 comes with rear-wheel drive only. A 9-speed automatic transmission is common to all versions. Using launch control, Mercedes claims the SL 43 will sprint to 62 mph from rest in 4.9 seconds and top out at 170 mph.

We'll see this same engine setup filter across to more models from the AMG portfolio, including an updated compact range and redesigned versions of the C 63 and GLC 63. In the C 63 and GLC 63, the engine will be paired with another electric motor to help deliver a combined output of more than 600 hp.