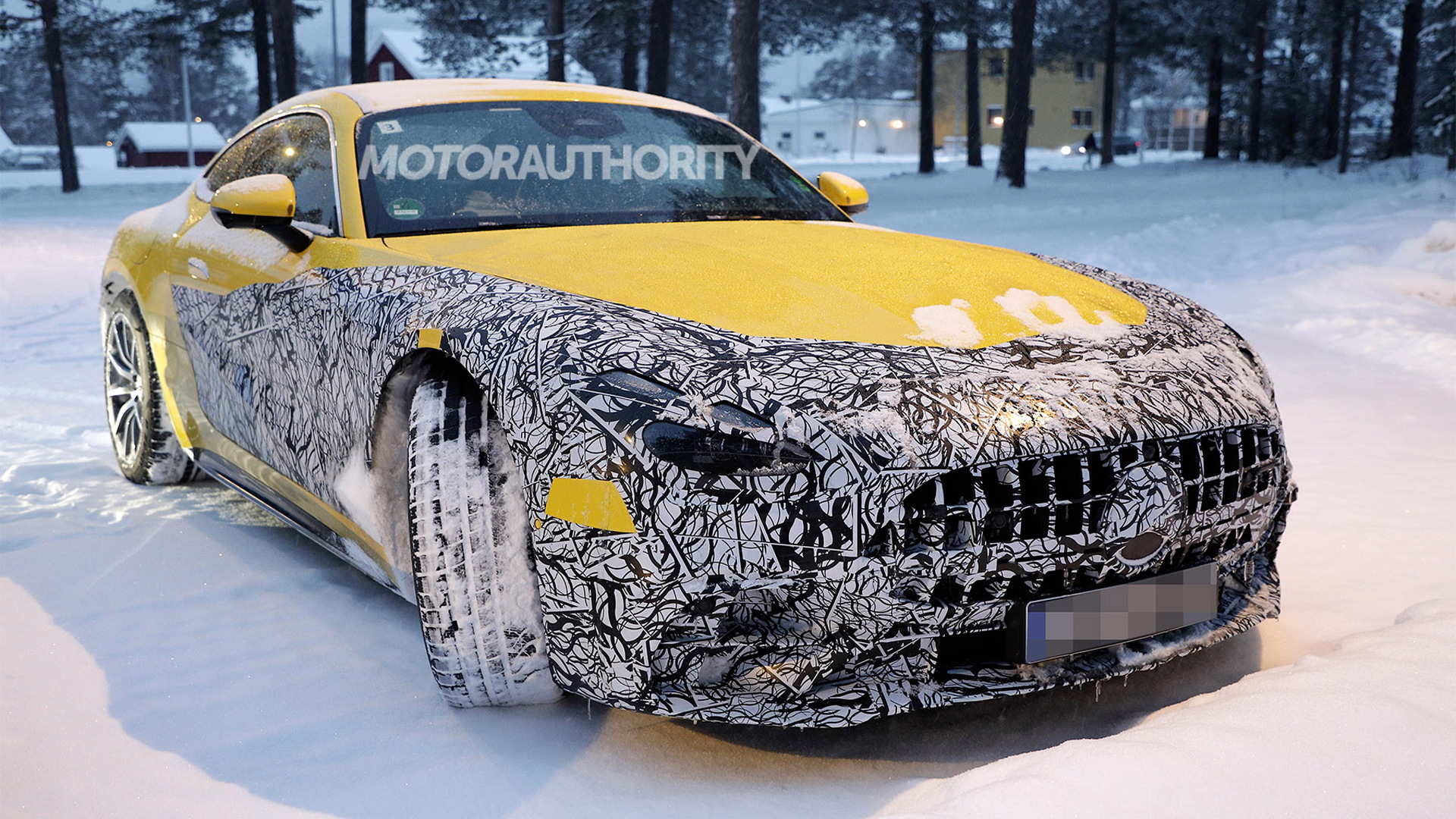 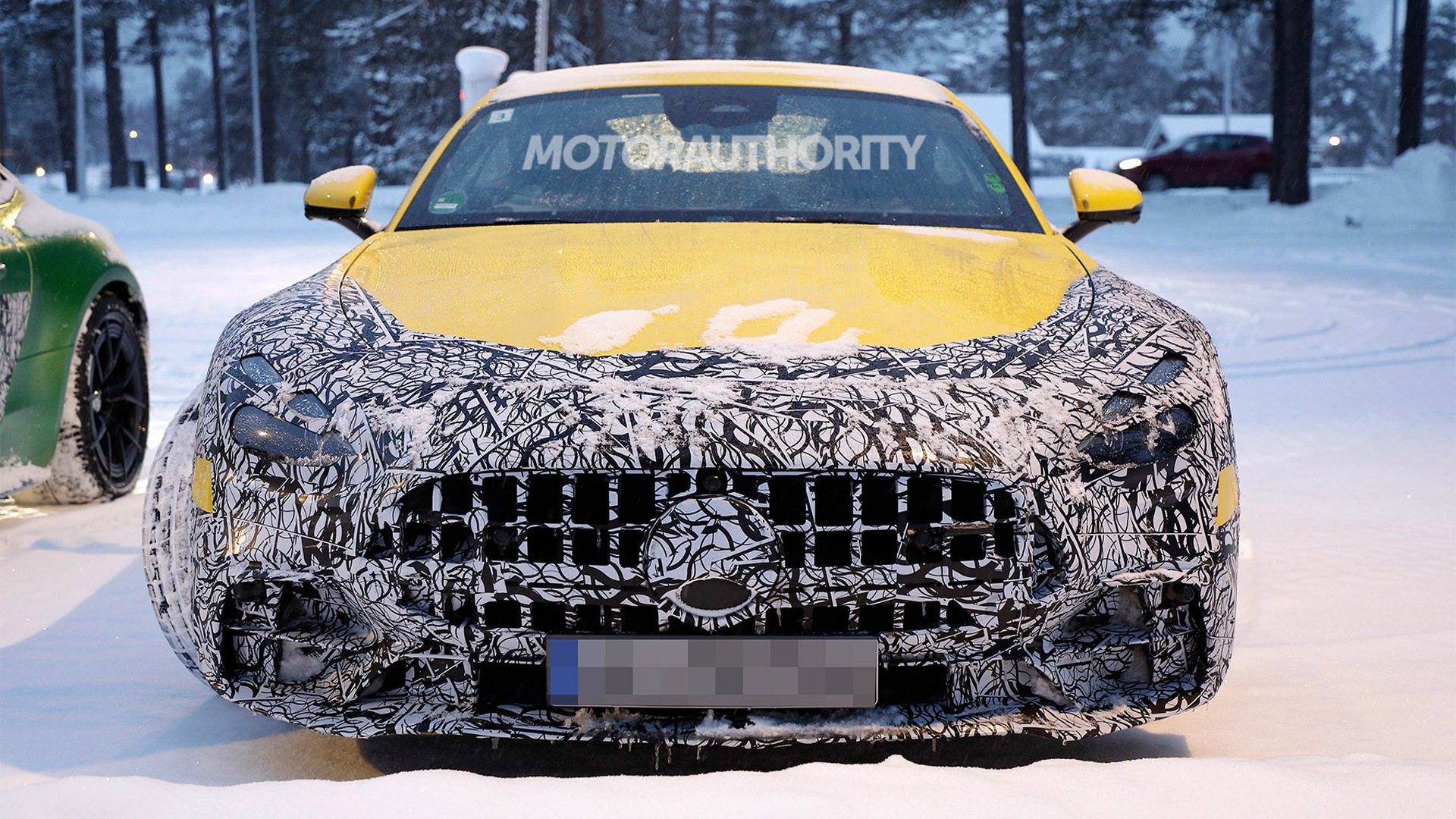 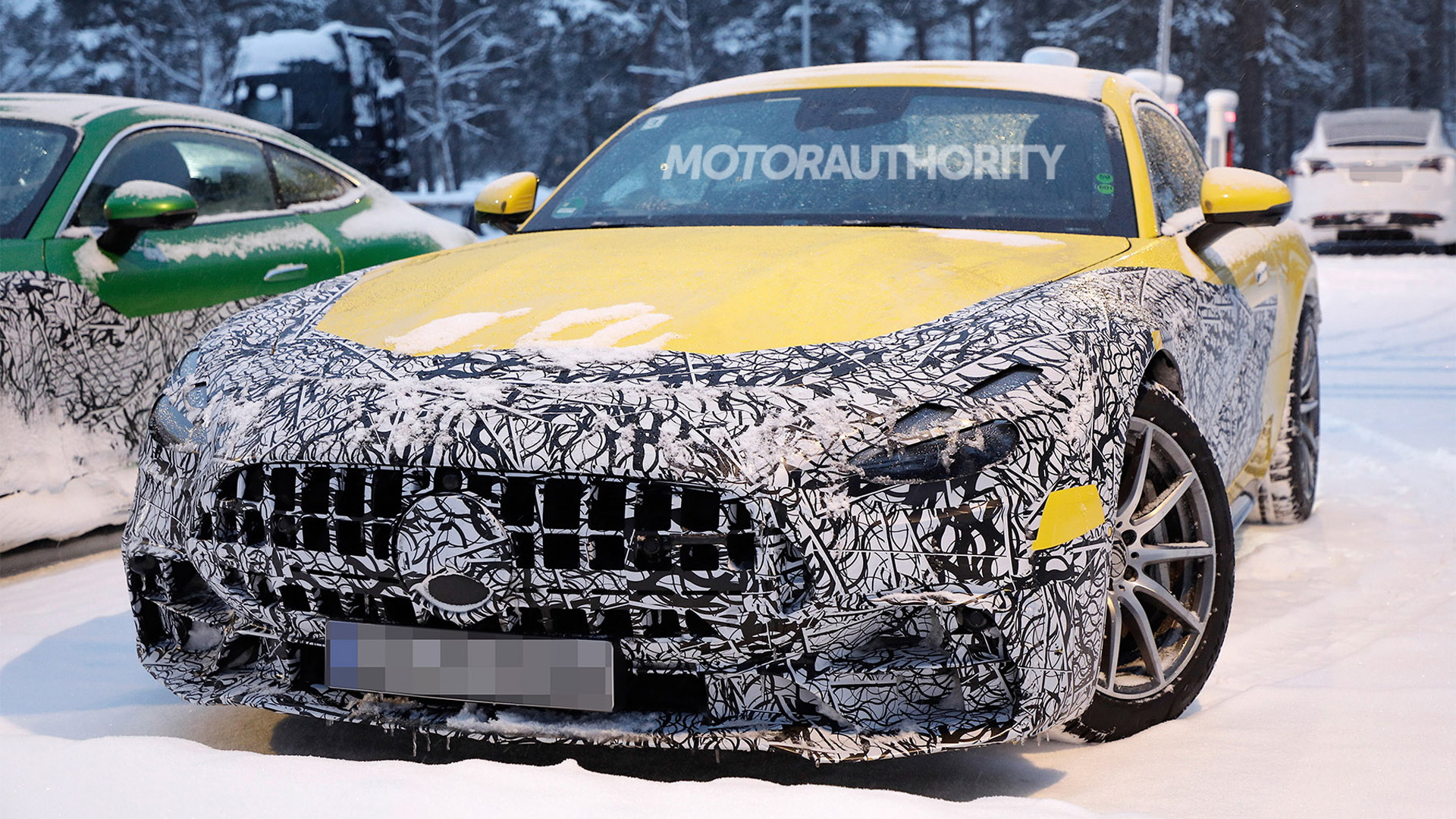 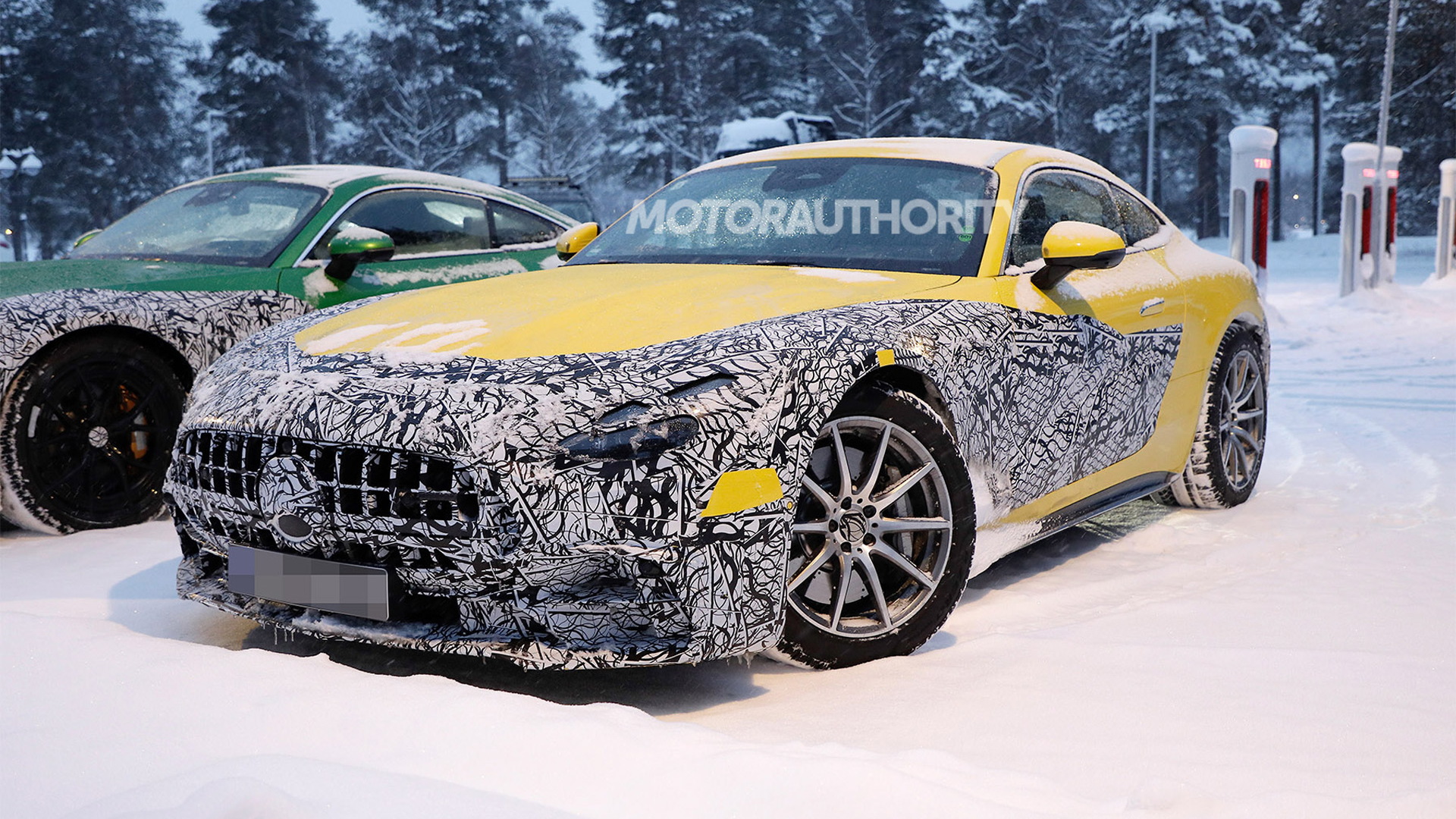 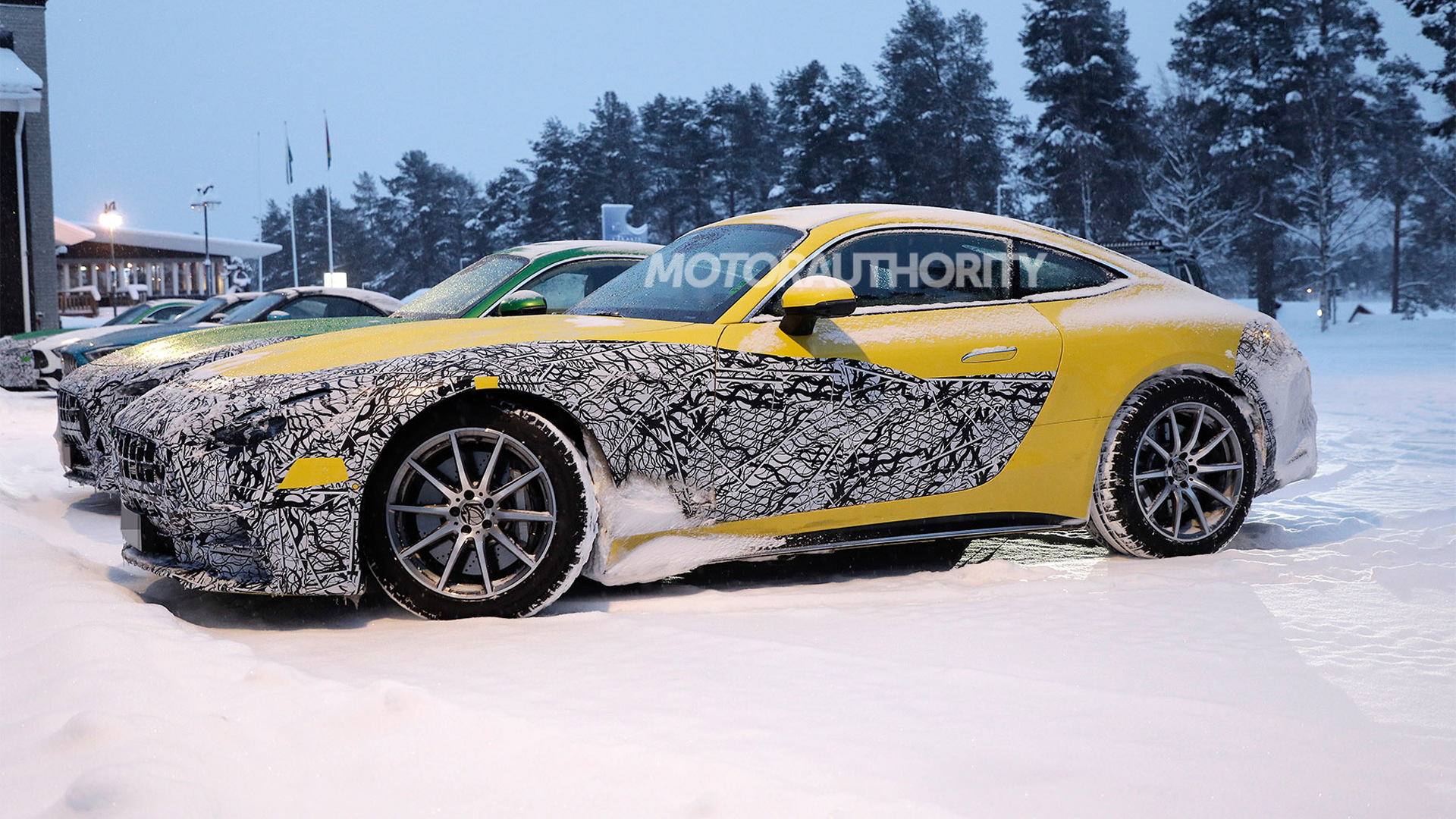 Even though Mercedes-Benz AMG replaced its GT Roadster last year with the redesigned 2022 SL (the iconic nameplate is now part of the AMG fold), the coupe version of the GT sports car has stuck around and will soon be redesigned.

The latest spy shots and video show a prototype for the redesigned GT, which we expect to be revealed early next year. The car should arrive as a 2024 model.

The redesigned GT will ride on a newly developed platform known as the MSA (Modular Sports Architecture), which made its debut in the redesigned SL. Our spy footage suggests the GT and SL will have similar proportions, but unique lights and fascia designs to help separate them.

Naturally, there will be more differences between the two cars than just the styling. For example, the SL features a convertible top and 2+2 seating. The GT will be a coupe only this time around and should stick with a two-seat cabin.

The GT should also feature more hardcore tuning than the SL, as the SL appeals more to buyers looking for performance combined with luxury and comfort, whereas GT buyers are typically all about the performance.

We can't see the interior, but there should be differences here, too. It's possible the GT will skip the large tablet screen in the center stack that's found in the SL.

Like the SL, the GT should feature a twin-turbo 4.0-liter V-8 and 9-speed automatic as standard. However, it's certain that variants of the GT will offer more power than the SL, which currently tops out at 577 hp. The GT should also come standard with rear-wheel drive and have all-wheel drive as an option. In the SL, all-wheel drive is standard, at least here in the U.S.

Though it's yet to be confirmed, we may also see highly bespoke, limited-edition versions of the GT launched as part of Mercedes' new Mythos series. Mercedes has already confirmed a unique SL speedster, as well as a Maybach-enhanced SL.