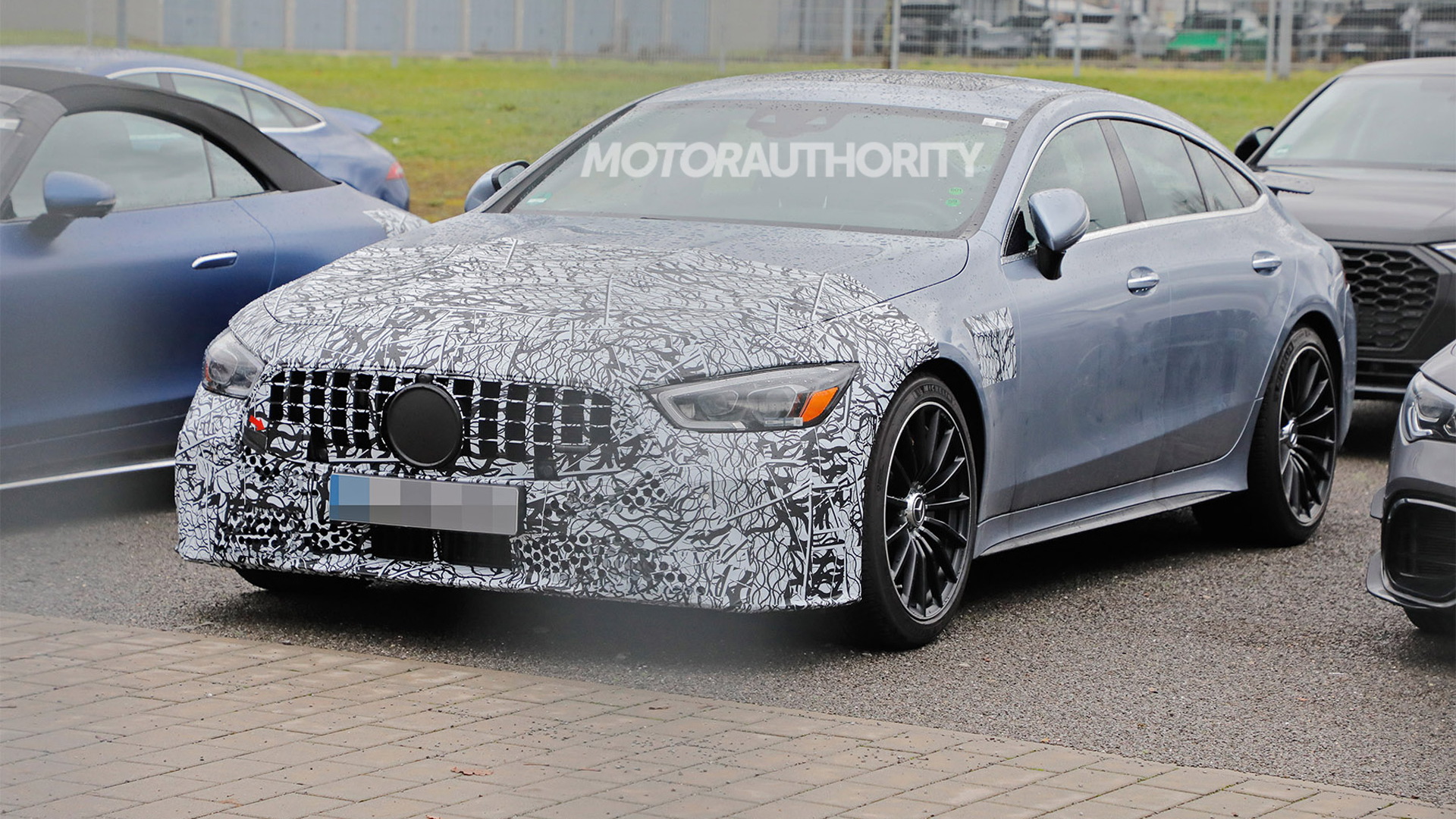 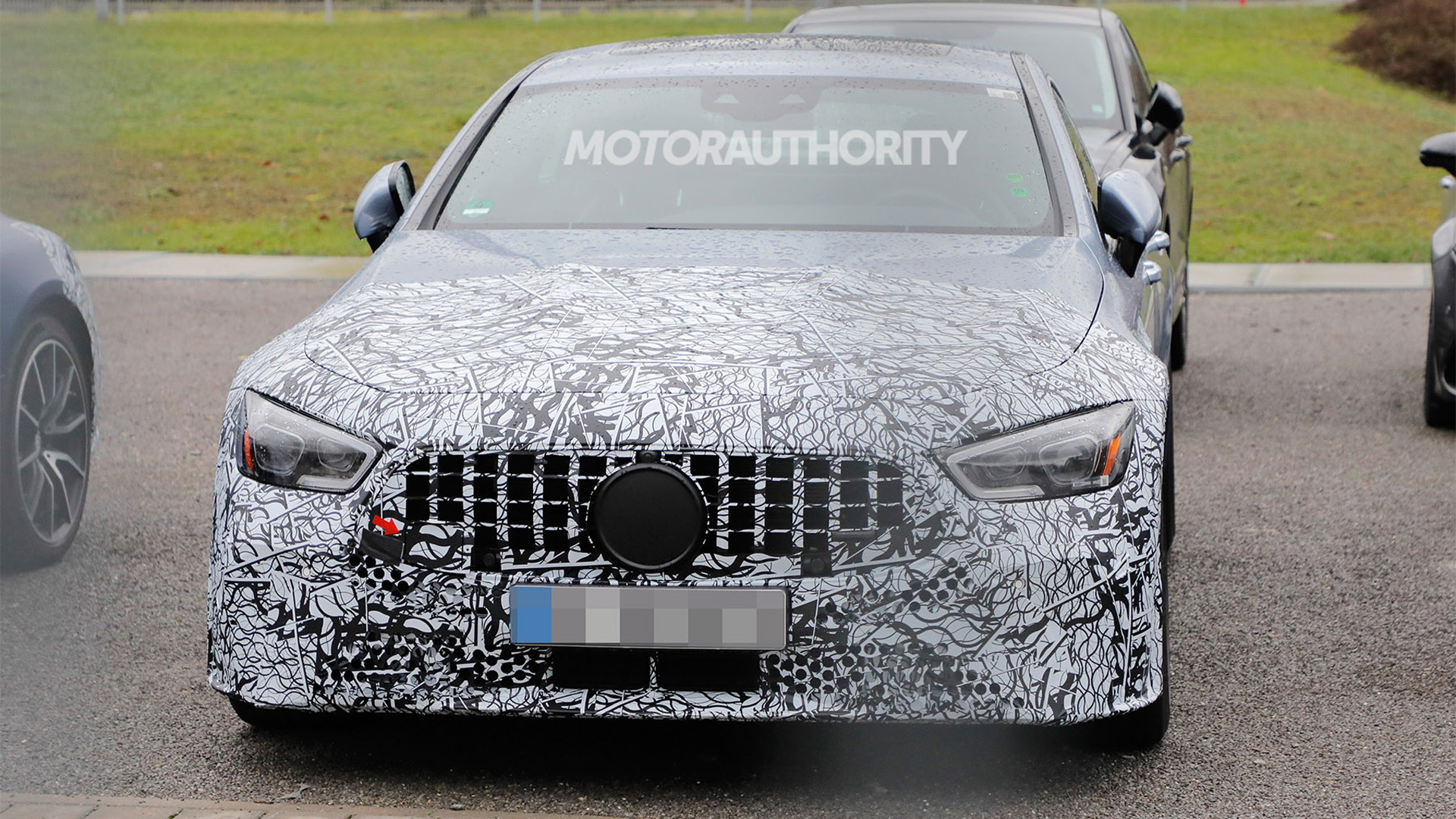 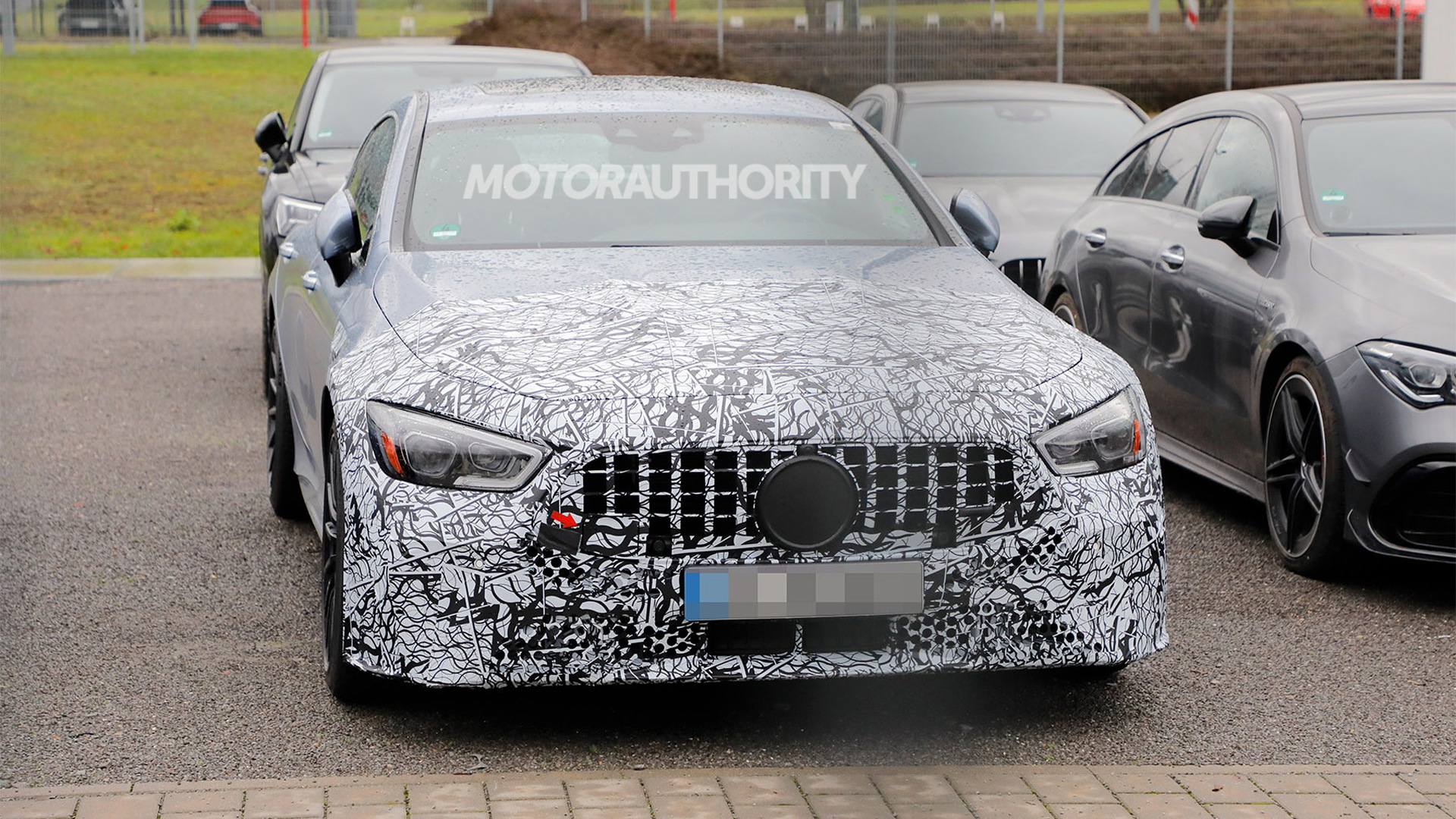 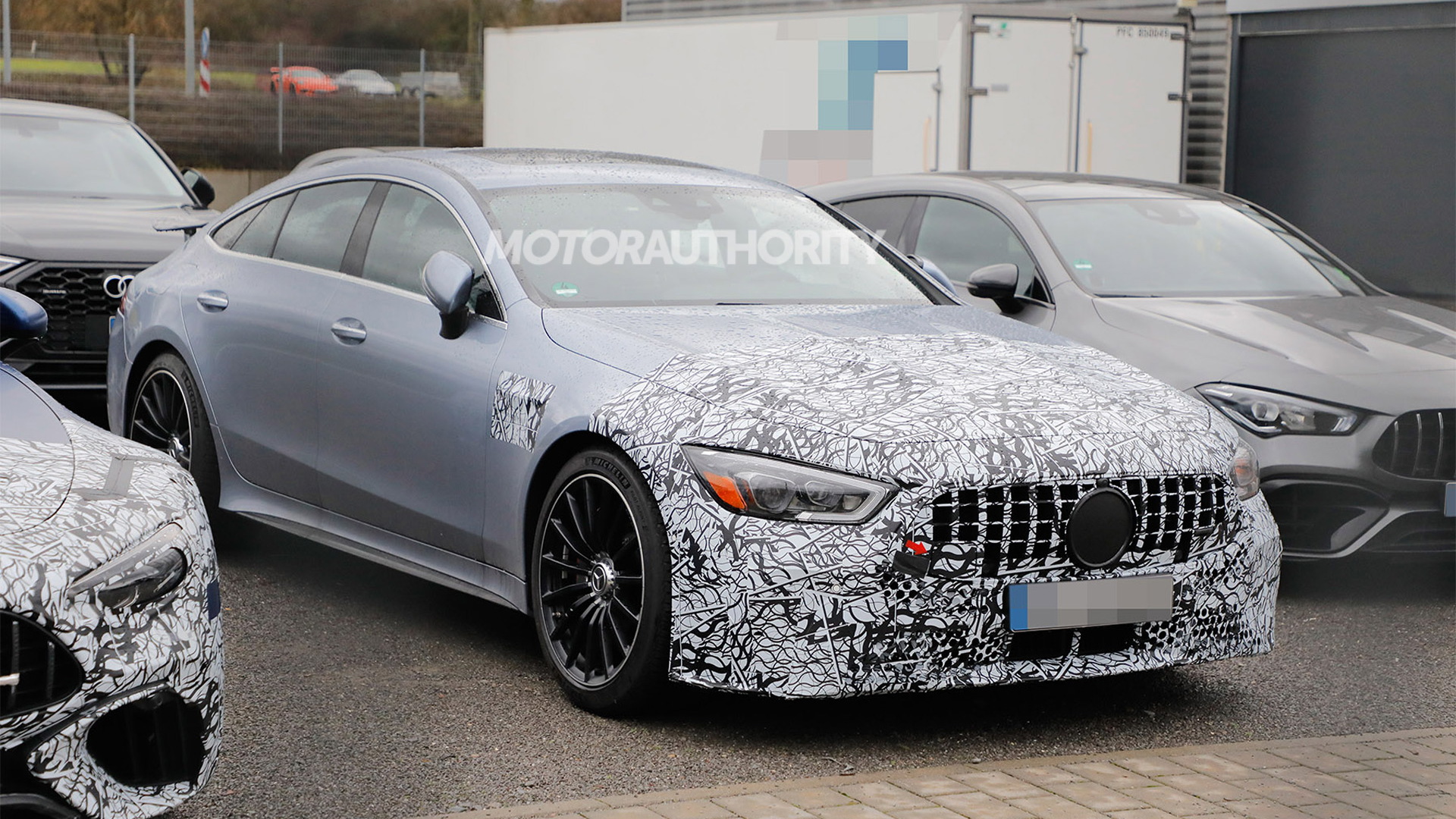 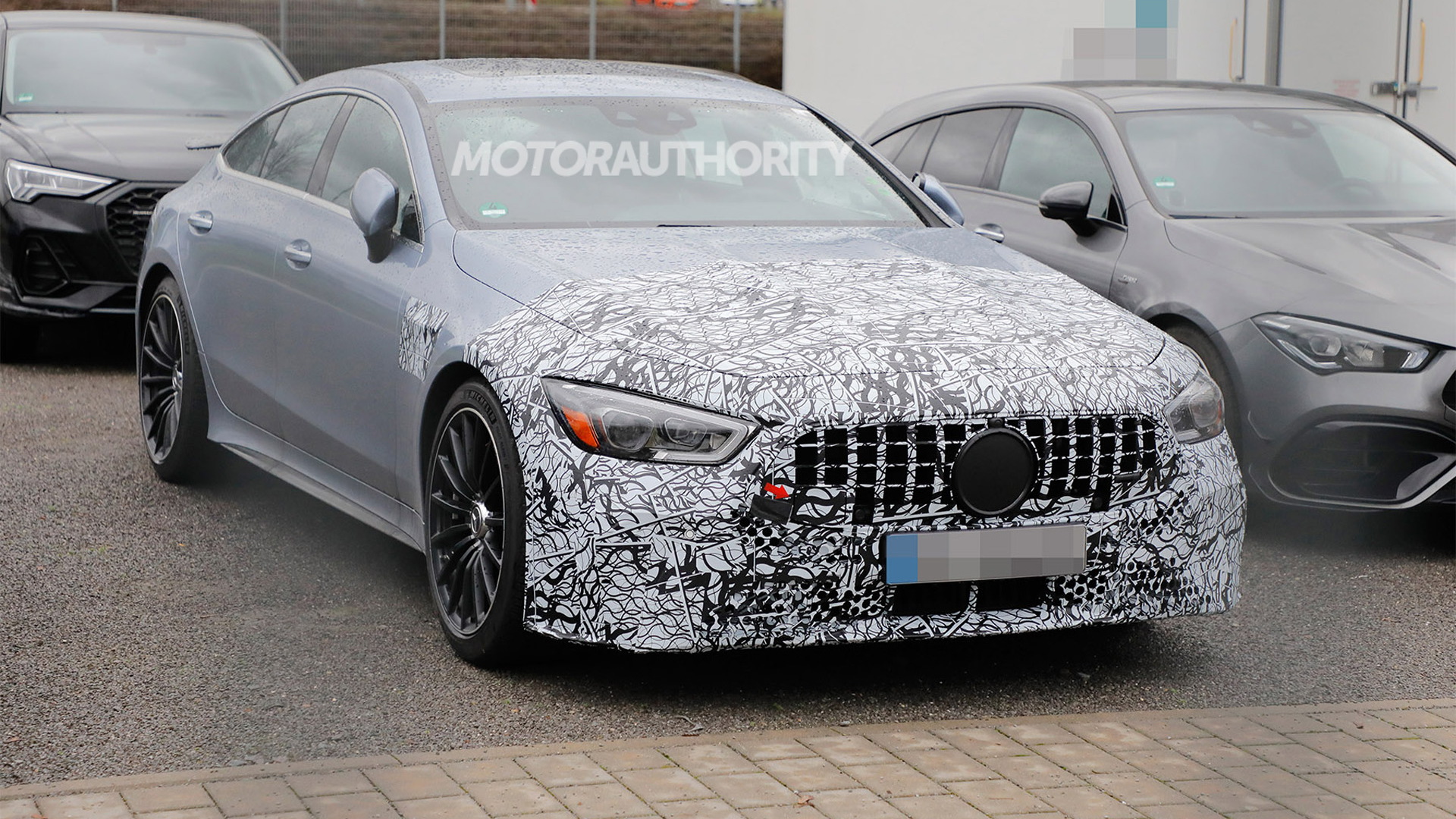 Engineers from Mercedes-Benz AMG have been photographed testing a prototype for an updated version of the GT 4-Door Coupe.

The big performance hatch arrived for the 2019 model year and was given a subtle update for 2022. More substantial changes are planned for the latest update, which will likely be introduced for 2024 to coincide with the arrival of a redesigned GT sports car (shown below) also for 2024.

A new grille with an egg-crate pattern is similar to the design seen on prototypes for the redesigned GT. A revised front fascia design is also hidden beneath the heavy camouflage gear.

The prototype is a plug-in hybrid GT 63 S E Performance 4-Door Coupe, as evidenced by the charging port on the rear fascia. The particular grade, which pairs a twin-turbo 4.0-liter V-8 with an electric motor for a maximum output of 843 hp, only arrived for 2023.

It isn't clear if any powertrain tweaks are planned, but it's possible the various options are rejiggered to match the powertrain offerings in the new GT sports car.

Though there aren't any shots of the interior, expect a revised dash with the update. The design should be similar to the design planned for the new GT sports car.

As for the long-term future of the GT 4-Door Coupe, there's speculation the whole lineup will be phased out after the one generation, along with the CLS-Class. That's because AMG, like the rest of Mercedes, plans to go down the full-EV route by 2030. AMG is cooking up its own dedicated EV platform. It's called the AMG.EA, and it was previewed last year in the Vision AMG concept car.