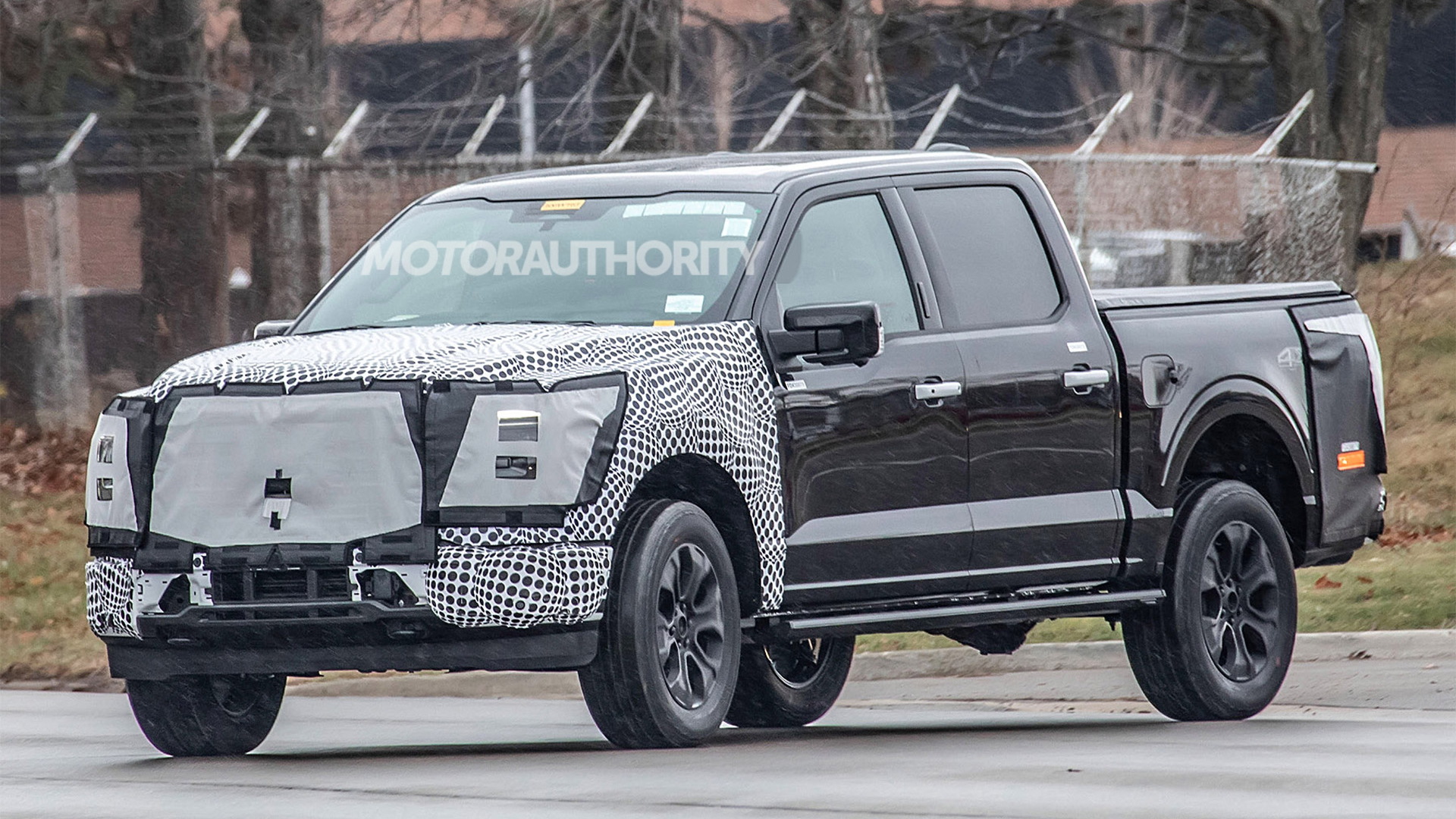 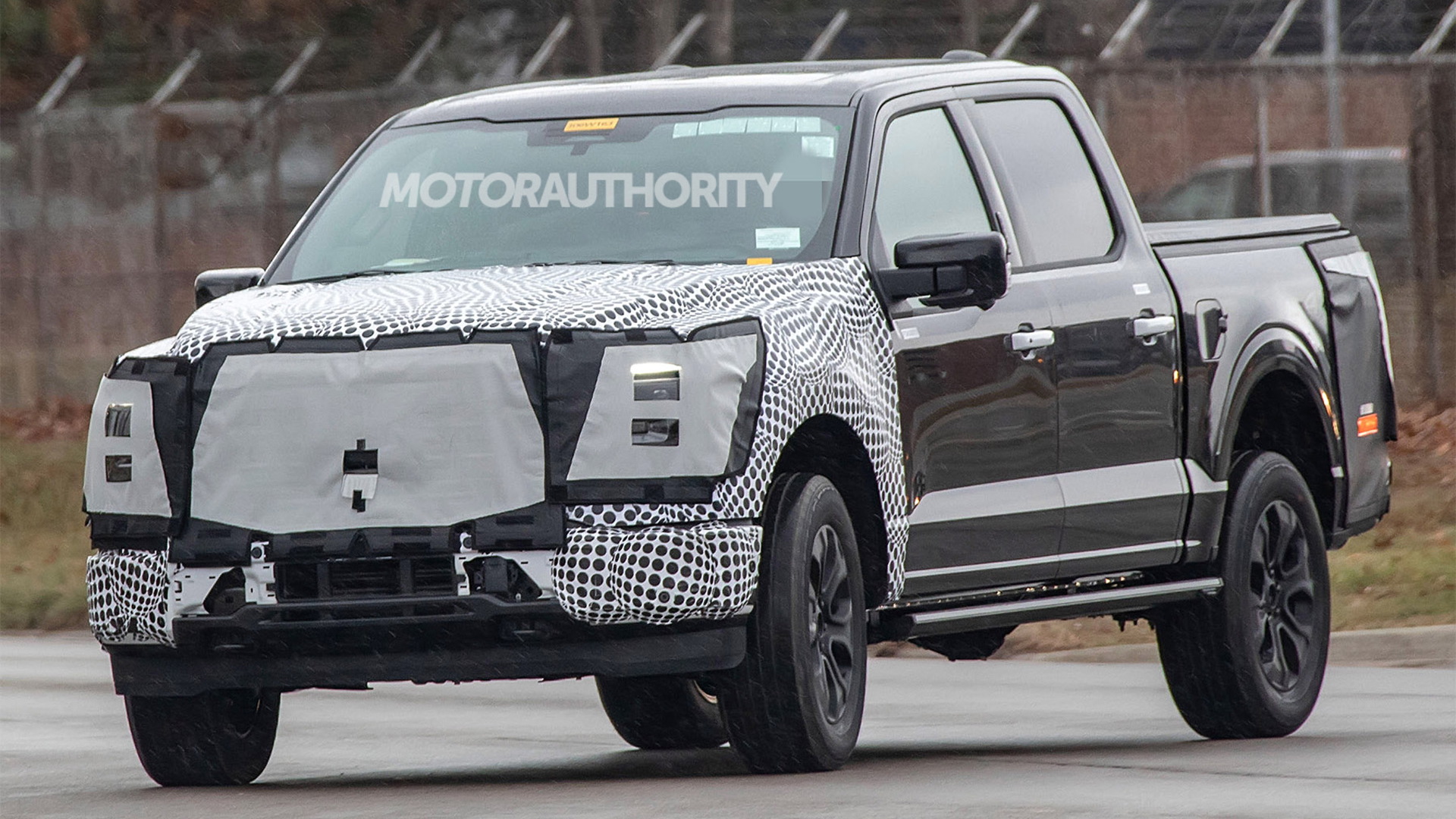 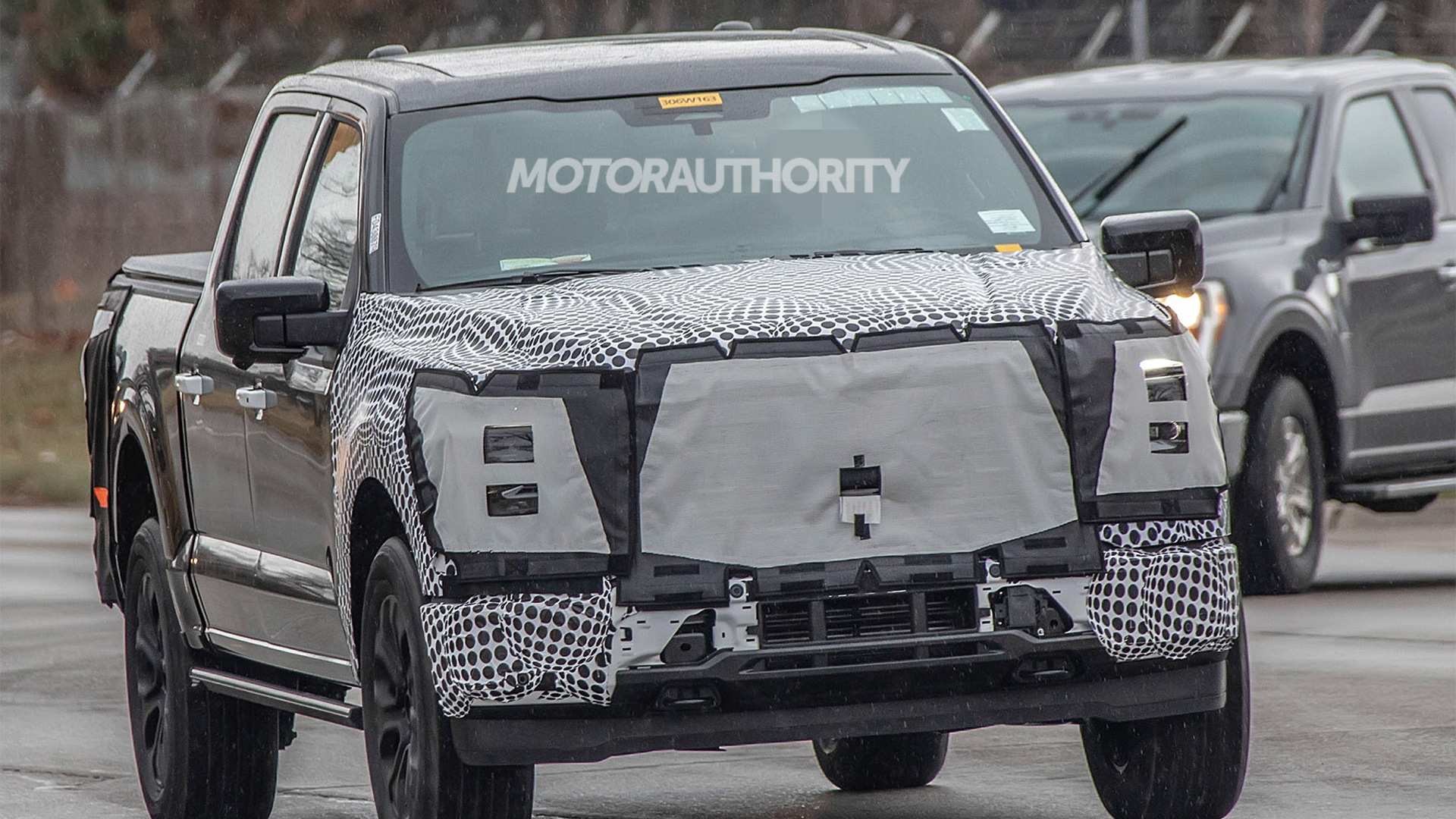 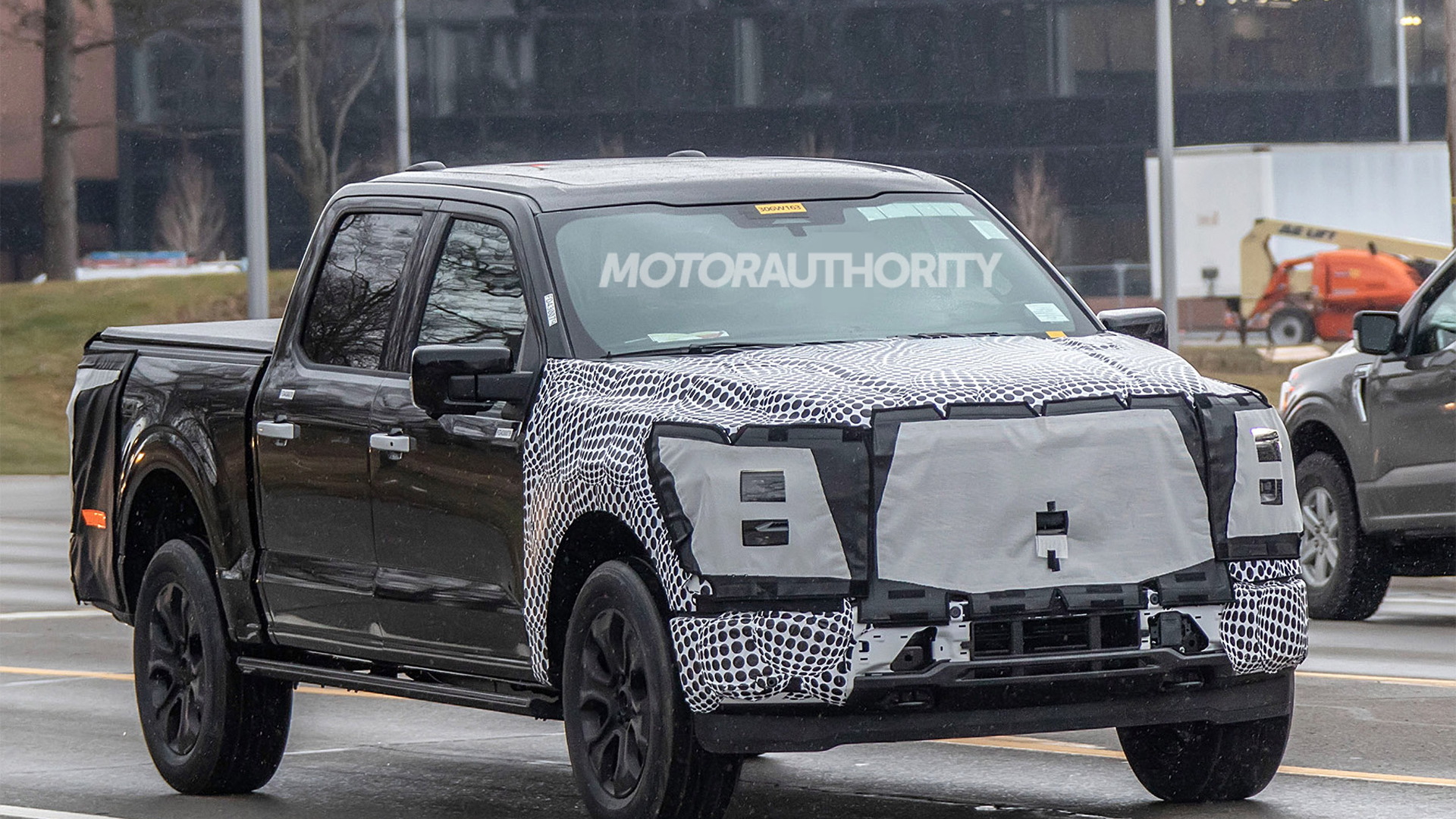 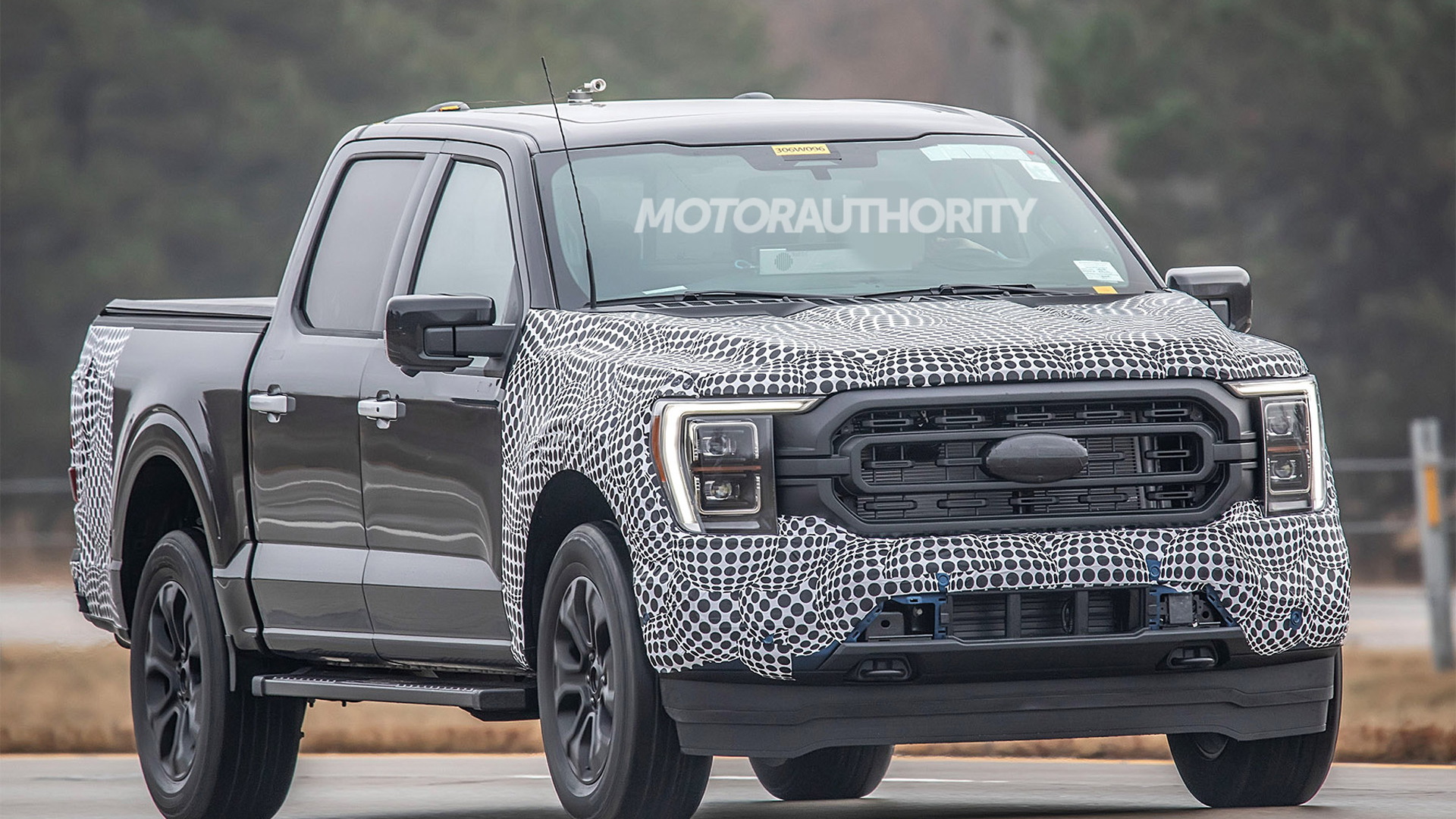 Prototypes for the updated model have been spotted ahead of a likely debut later this year. The new truck should be introduced for the 2024 model year.

Camouflage gear on prototypes spotted testing point to new designs for the lights at both ends. A revised grille can also clearly be seen on one of the testers.

Heavy camo at the rear also suggests Ford will finally offer a multi-function tailgate on the F-150 with this update. Some patent drawings filed by Ford a year ago showed a three-part tailgate with a hinged door serving as the center part.

The interior will also come in for some tweaks. Our spy shots show a new portrait-style infotainment screen in the center stack, as opposed to the landscape-oriented screen that's offered in 8.0- and 12.0-inch sizes in the current F-150.

It's possible the new screen is the same 15.5-inch portrait-style screen found in the current F-150 Lightning, though it may be a smaller 12.0-inch screen found in some other Fords, as there also appears to be a row of buttons positioned along the top of the screen, which isn't the case for the screen in the Lightning.

Other options include twin-turbo 2.7-liter and 3.5-liter V-6s, a 3.3-liter V-6, and a 5.0-liter V-8. A hybrid option pairing the twin-turbo 3.5-liter V-6 with an electric motor integrated with the F-150's standard 10-speed automatic transmission is also available. It generates a combined 430 hp. A previous turbodiesel available in the F-150 isn't expected to return with this update.

Correction: An earlier version of this story incorrectly stated the availability of a turbodiesel enigne.