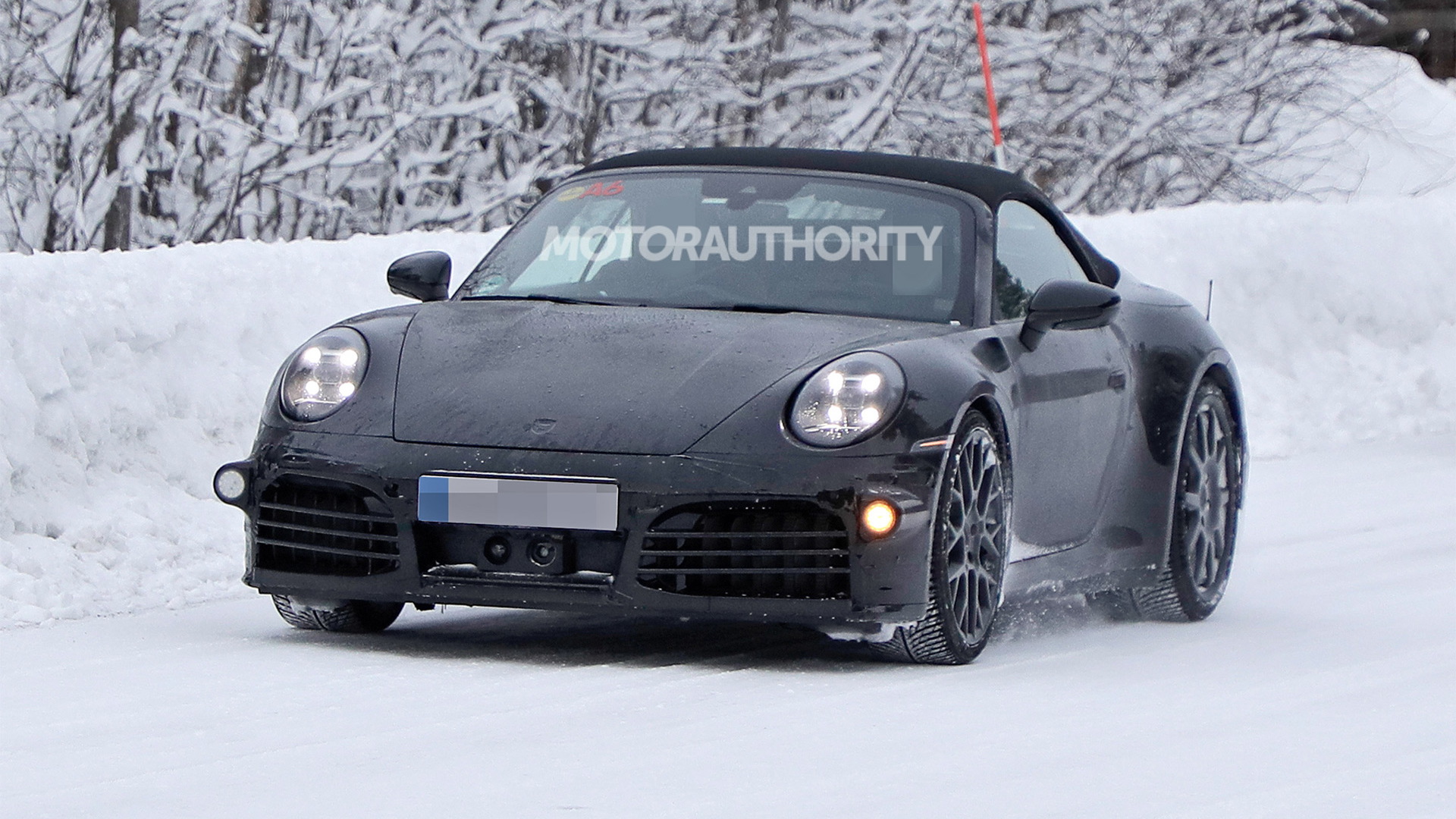 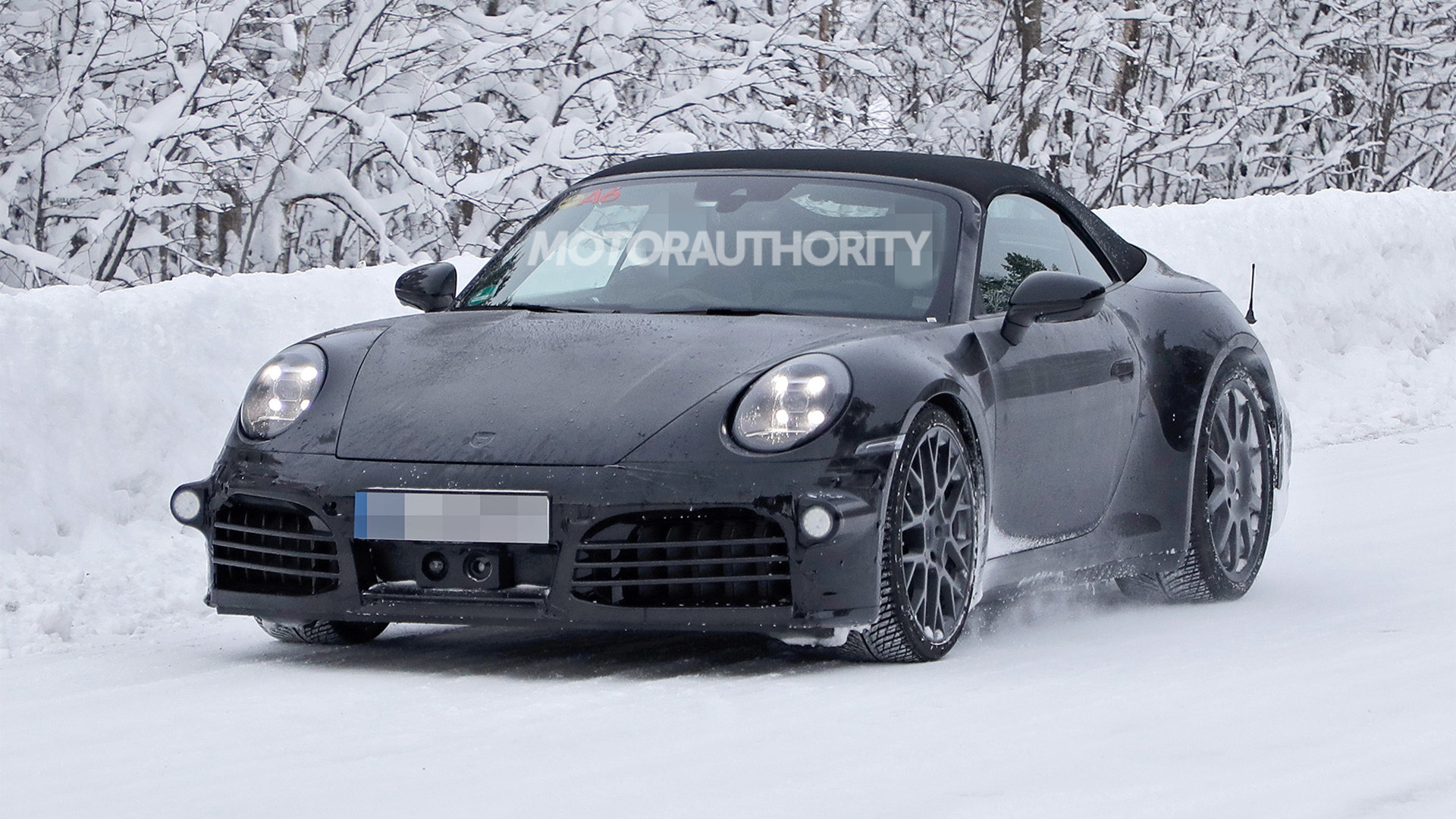 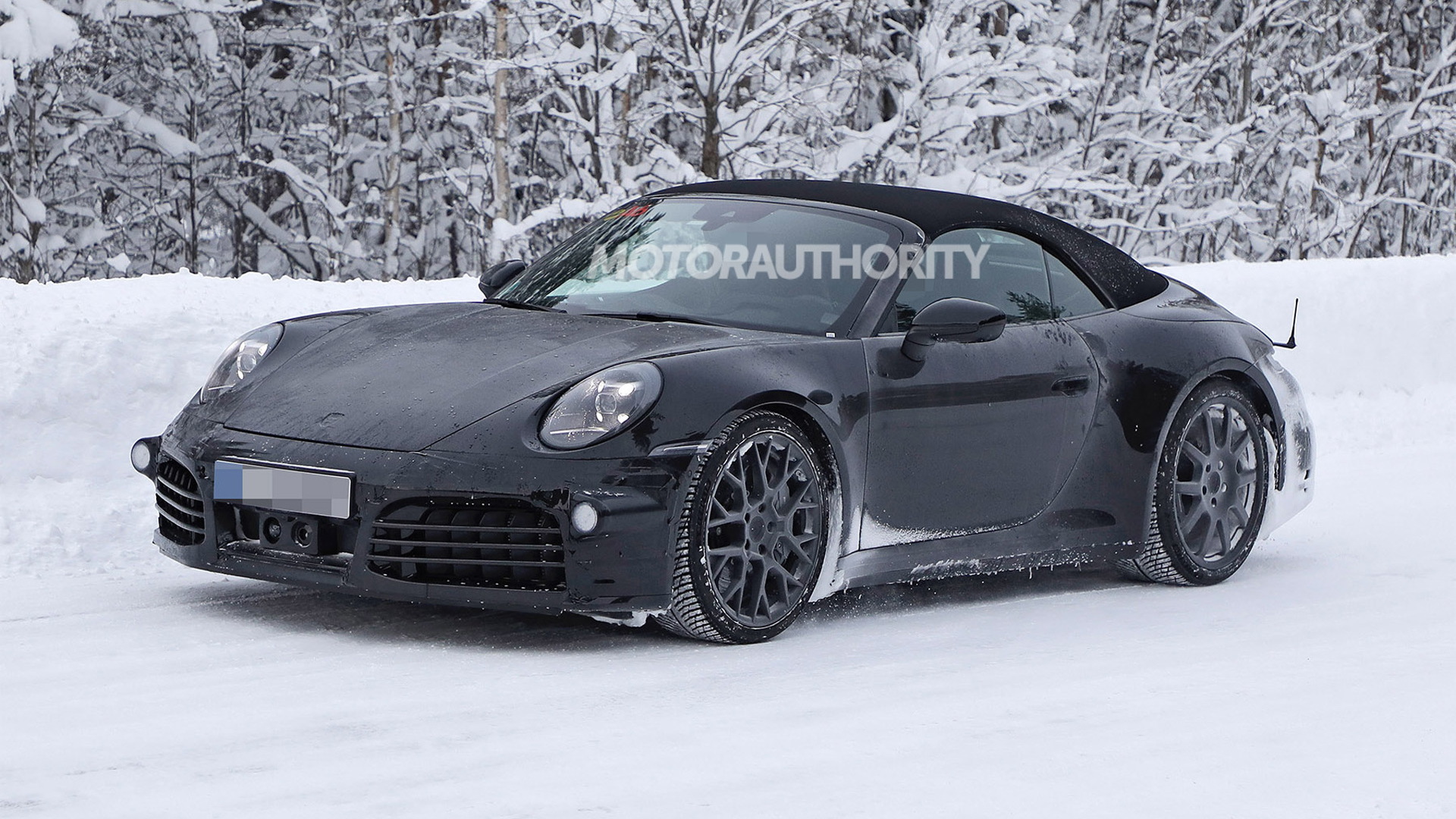 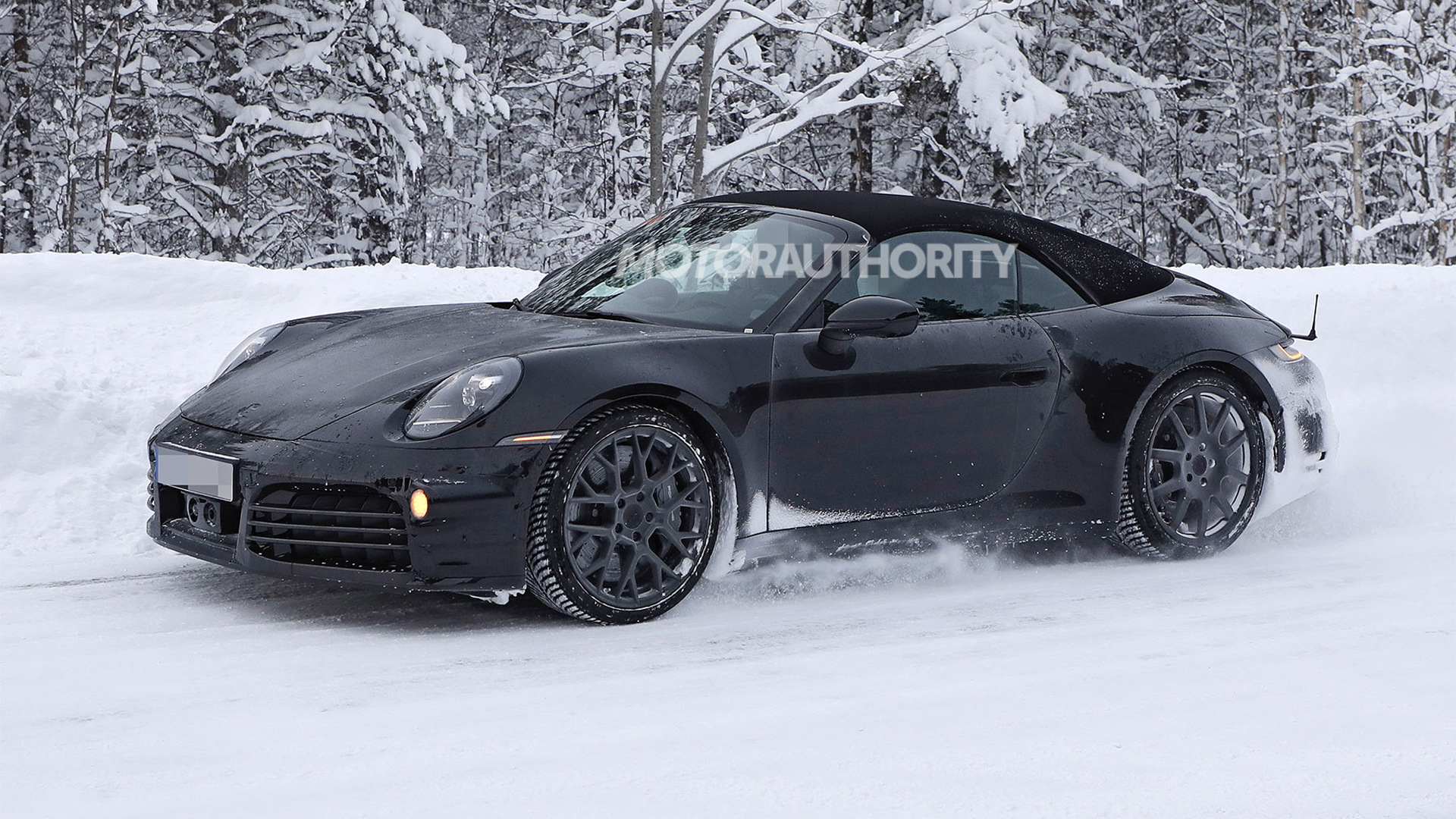 Like the prototype for the coupe, this latest tester is for a 911 Carrera Cabriolet, but the same visual tweaks you see here should also appear on updated versions of the Carrera S and Carrera GTS. Prototypes for an updated 911 Turbo and 911 Turbo S are also out testing.

The first members of the updated 992-generation 911 family (referred to internally as the 992.2 generation) should appear in the second half of 2023, meaning we'll likely see them arrive as 2024 models.

Tweaks to the styling will be mild (this is Porsche, after all), with the prototype sporting a new front fascia design with larger intakes housing vertical flaps that are likely active. There's also an additional sensor located under the license plate.

The rear is much more heavily camouflaged. However, we can still spot a new design for the engine's side vents, as well as exhaust tips mounted closer to the center. This backs rumors that we might see a new engine introduced with this update, specifically a bigger, naturally aspirated unit like Porsche's 4.0-liter flat-6 offered in the 718 range, which starts at 394 hp. The current Carrera models come with a 3.0-liter twin-turbocharged flat-6, which starts at 379 hp.

There is some substance to the rumors. Frank-Steffen Walliser, Porsche's chief engineer for the 911, said in a 2020 interview that new emissions regulations planned for Europe around the middle of the decade will see bigger engines return in favor of downsized units. The new rules are apparently aimed at matching lab-tested fuel economy with real-world figures.

According to our photographer, the interior of this prototype was also covered, suggesting that we'll probably see some changes made to the dash. An updated infotainment system is a strong possibility, and we could also see the dual-clutch automatic's gear lever, which resembles an electric shaver, redesigned.

Fans of the 911 have a lot to look forward to in the next couple of years. Also out testing are prototypes for a 911 GT3 RS, a modern 911 Sport Classic, and a high-riding variant that could go by the name 911 Safari. There will also be the aforementioned updated Turbo variants, which are expected to adopt electrification.