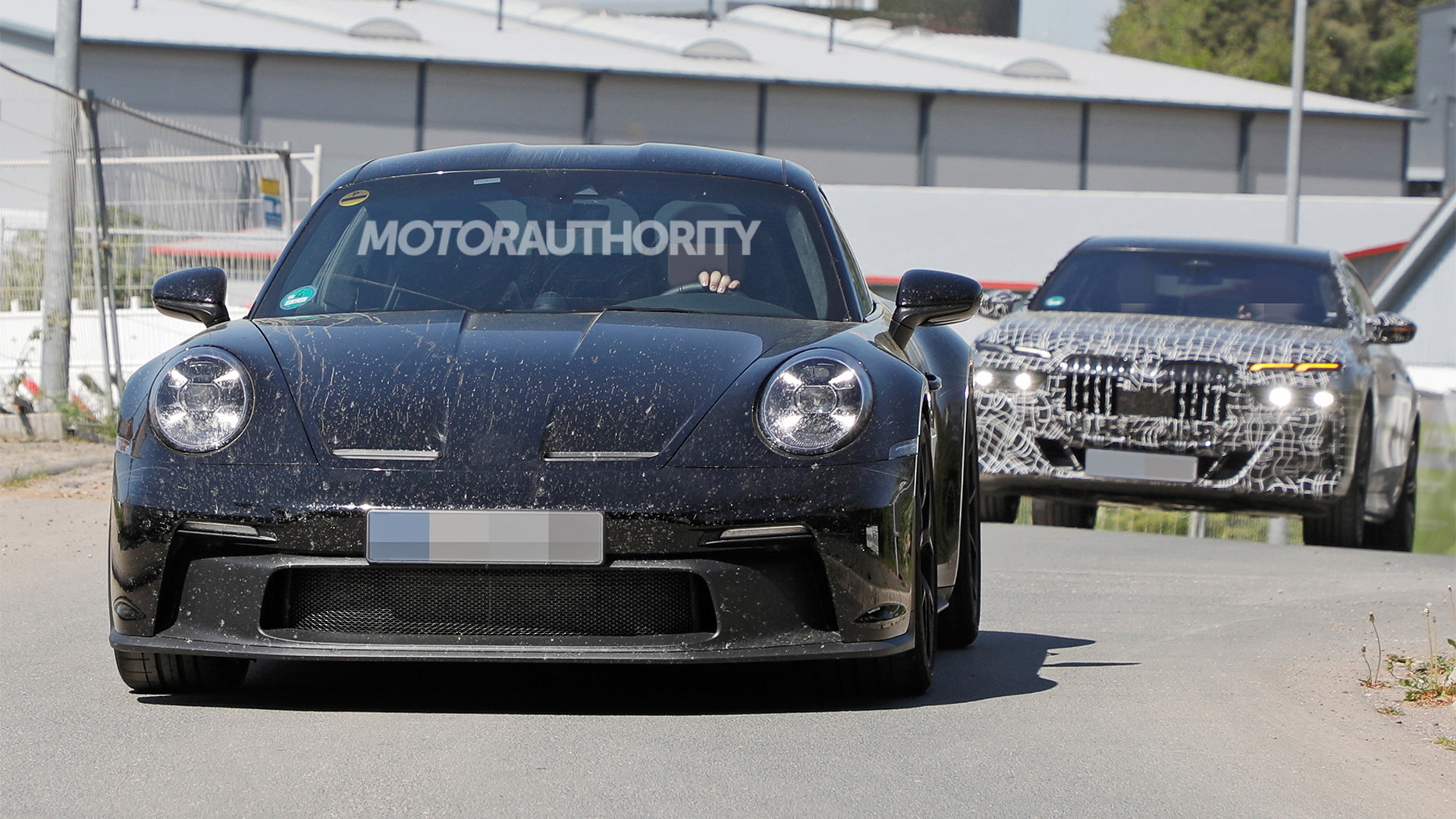 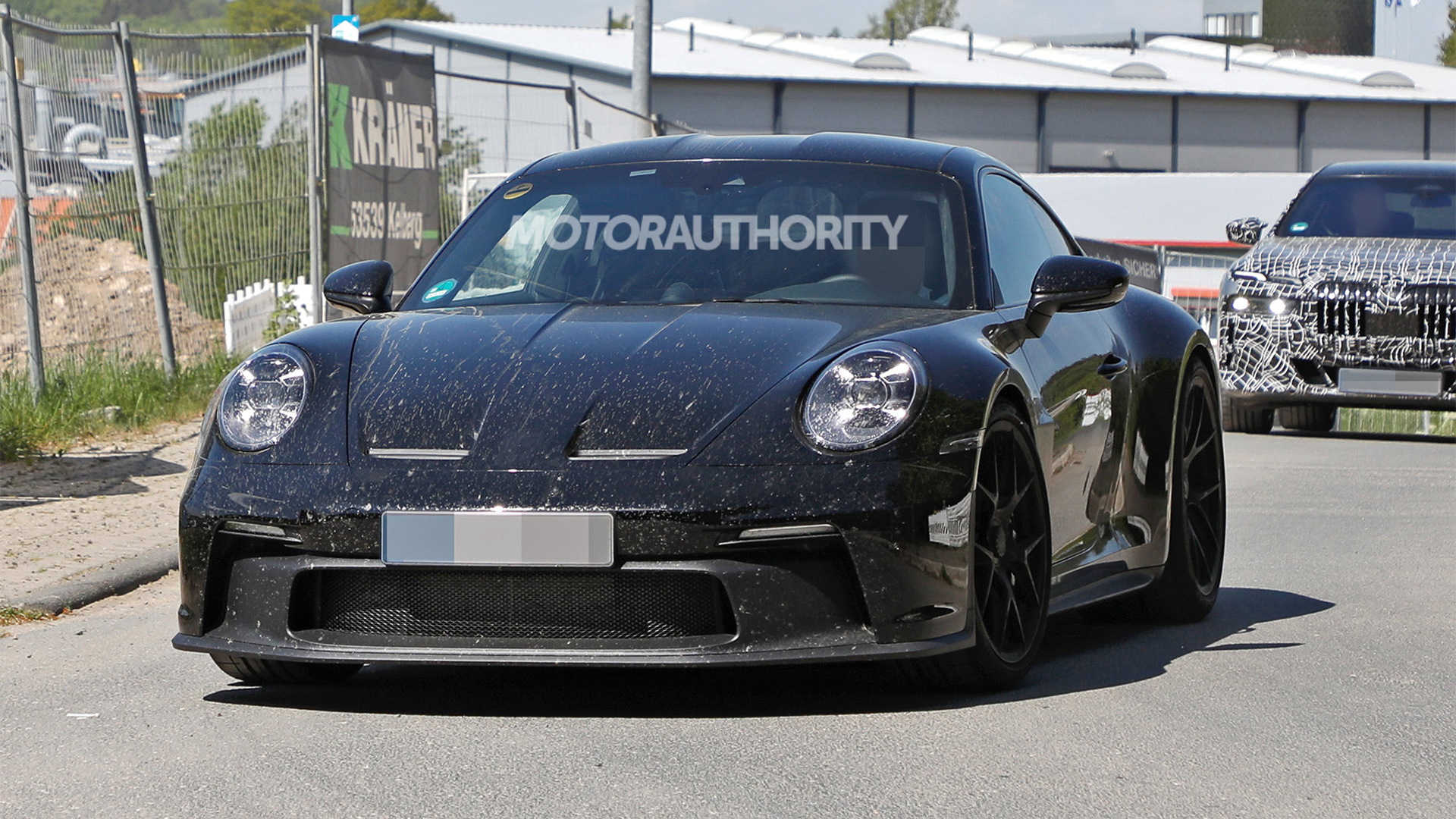 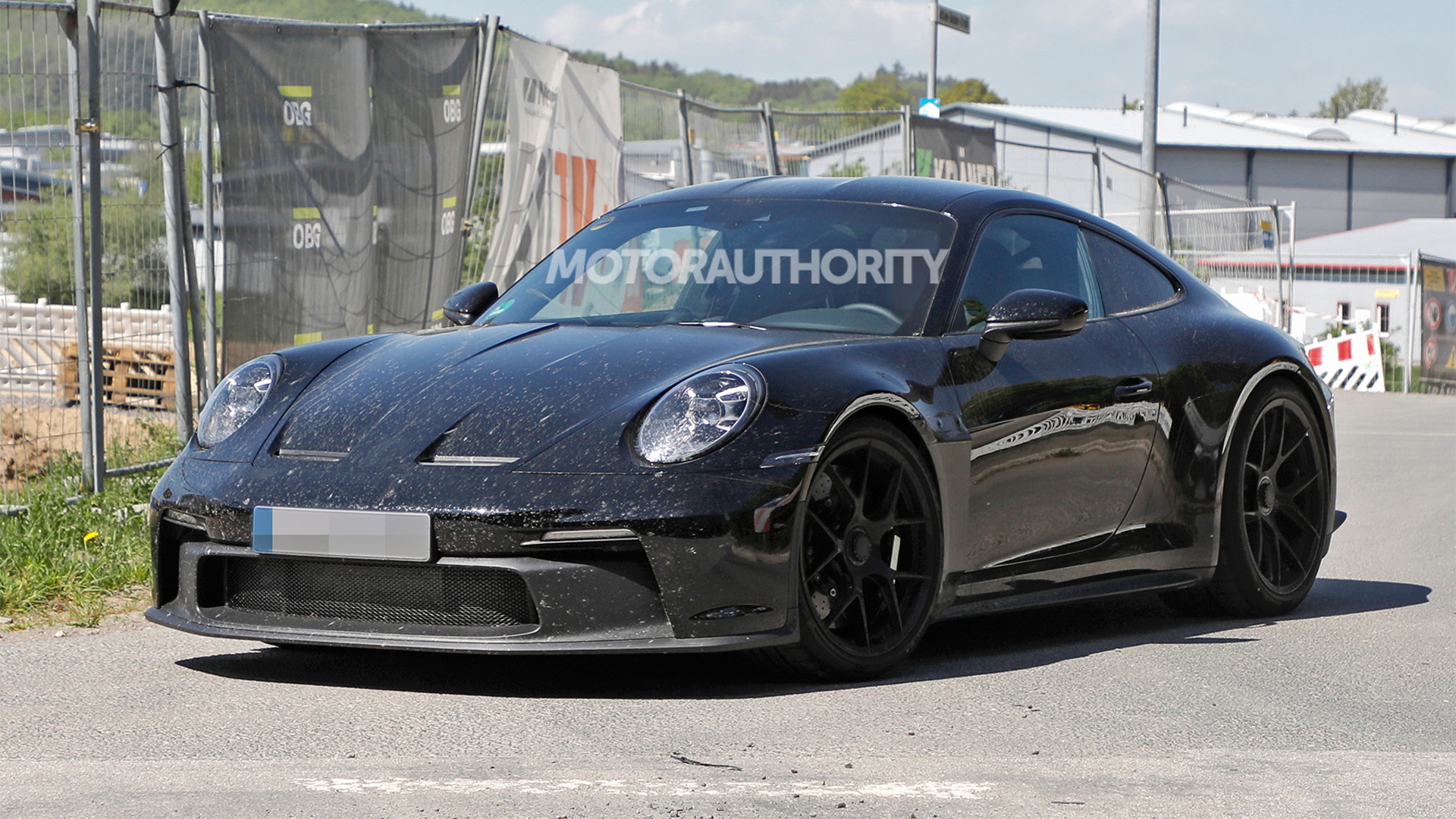 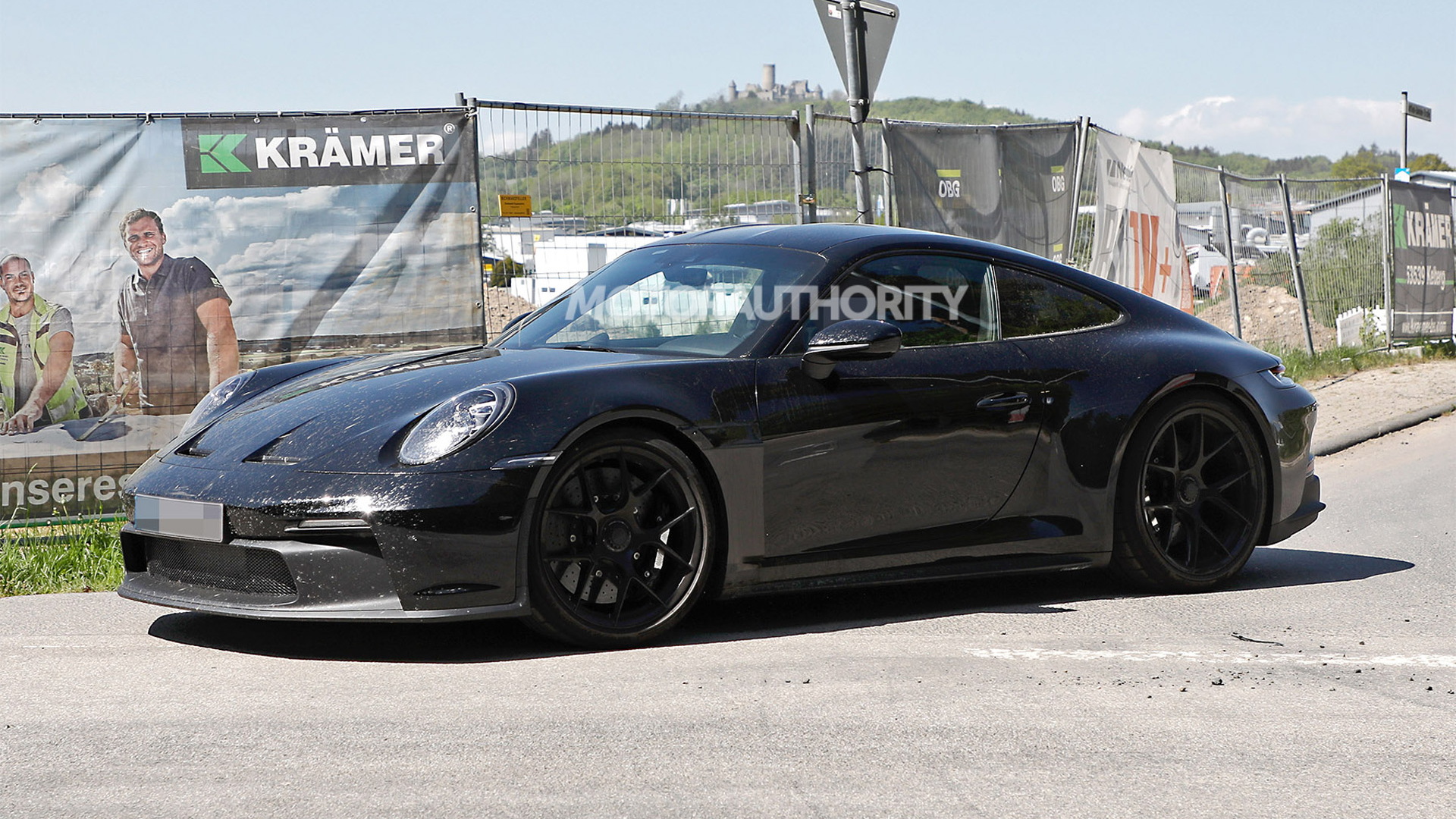 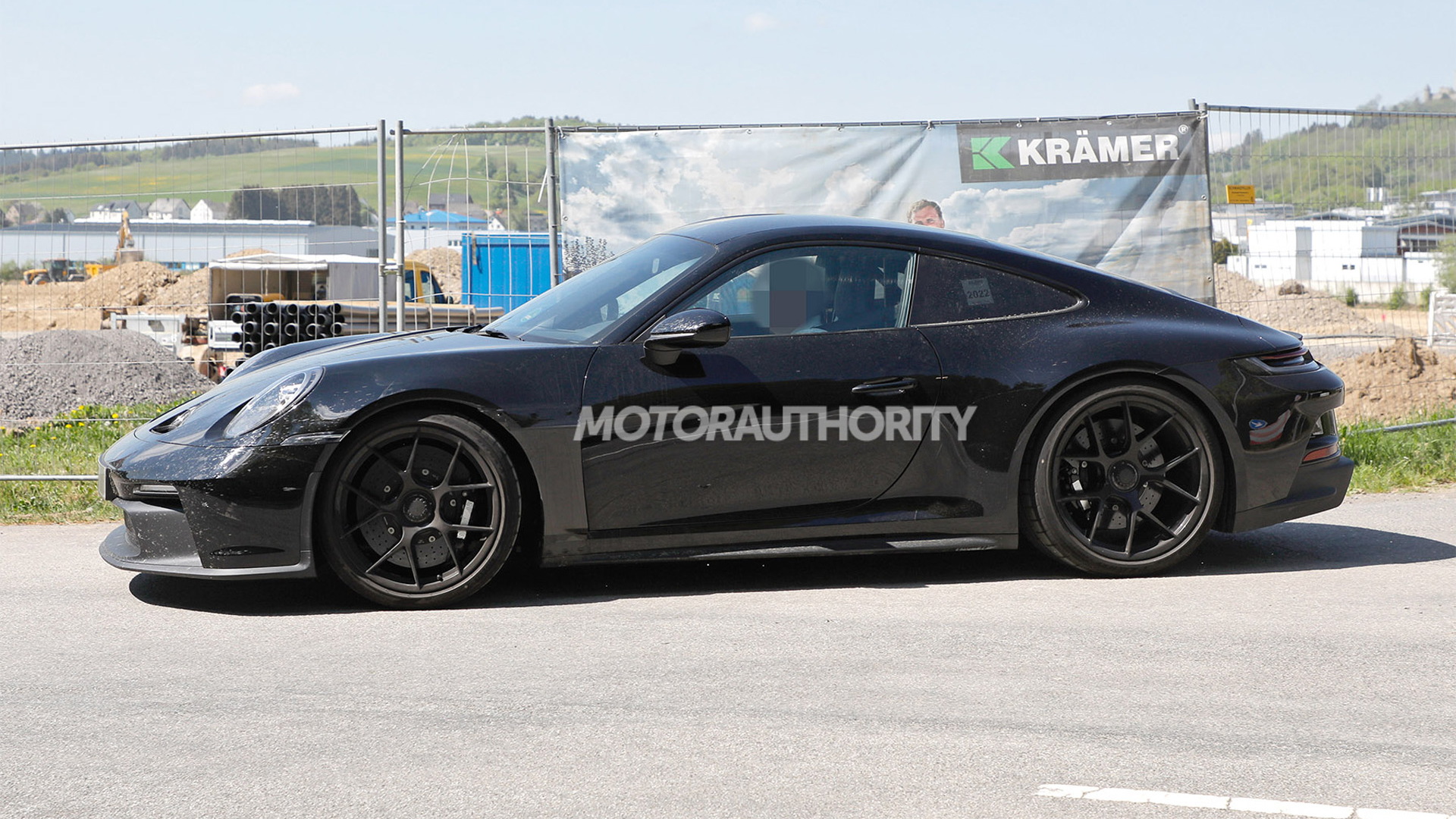 Porsche has been spotted testing what's likely to be the next addition in its growing series of retro Heritage Design models.

The series was launched in 2020 with the arrival of the 911 Targa 4S Heritage Design and expanded earlier this year with the 911 Sport Classic, with both based on the current 992-generation 911. The next in the series is thought to be a modern take on the 911 2.5 S/T track car launched in 1971.

The prototype in our latest spy shots looks similar to testers for the 911 GT3 Touring, though there are unique elements like the double-bubble roof which Porsche also used on the 911 Sport Classic, as well as a new front fender vent design hidden beneath a makeshift panel. There's also a small lip spoiler attached to the 911's standard integrated rear spoiler, and the engine cover has a roundel similar to the one bearing the "Porsche Heritage" inscription on the 911 Sport Classic.

While the 911 Sport Classic is based on the 911 Turbo S, the 911 GT3 Touring as the basis for the modern 911 S/T is fitting given the original was a light, track-focused model developed for customer racing. It was first offered in late 1971 and available in limited numbers only.

And while the 911 Sport Classic features extensive mechanical mods compared to the 911 Turbo S from which it's derived, we don't expect the same for the 911 S/T. This means it will likely keep the 911 GT3 Touring's 4.0-liter flat-6 and the engine's stock 502-hp rating. The 911 GT3 Touring offers the choice between a 7-speed dual-clutch automatic or a 6-speed manual, and it's possible only the manual will be fitted to the 911 S/T in keeping with the car's retro positioning.

A debut is expected in early 2023. Porsche shortly after is expected to introduce another model in the Heritage Design series. According to a report from last year, this additional model will be a modern take on the 1973 Carrera RS 2.7 homologation special, suggesting that it might be based on the upcoming 911 GT3 RS. Stay tuned.