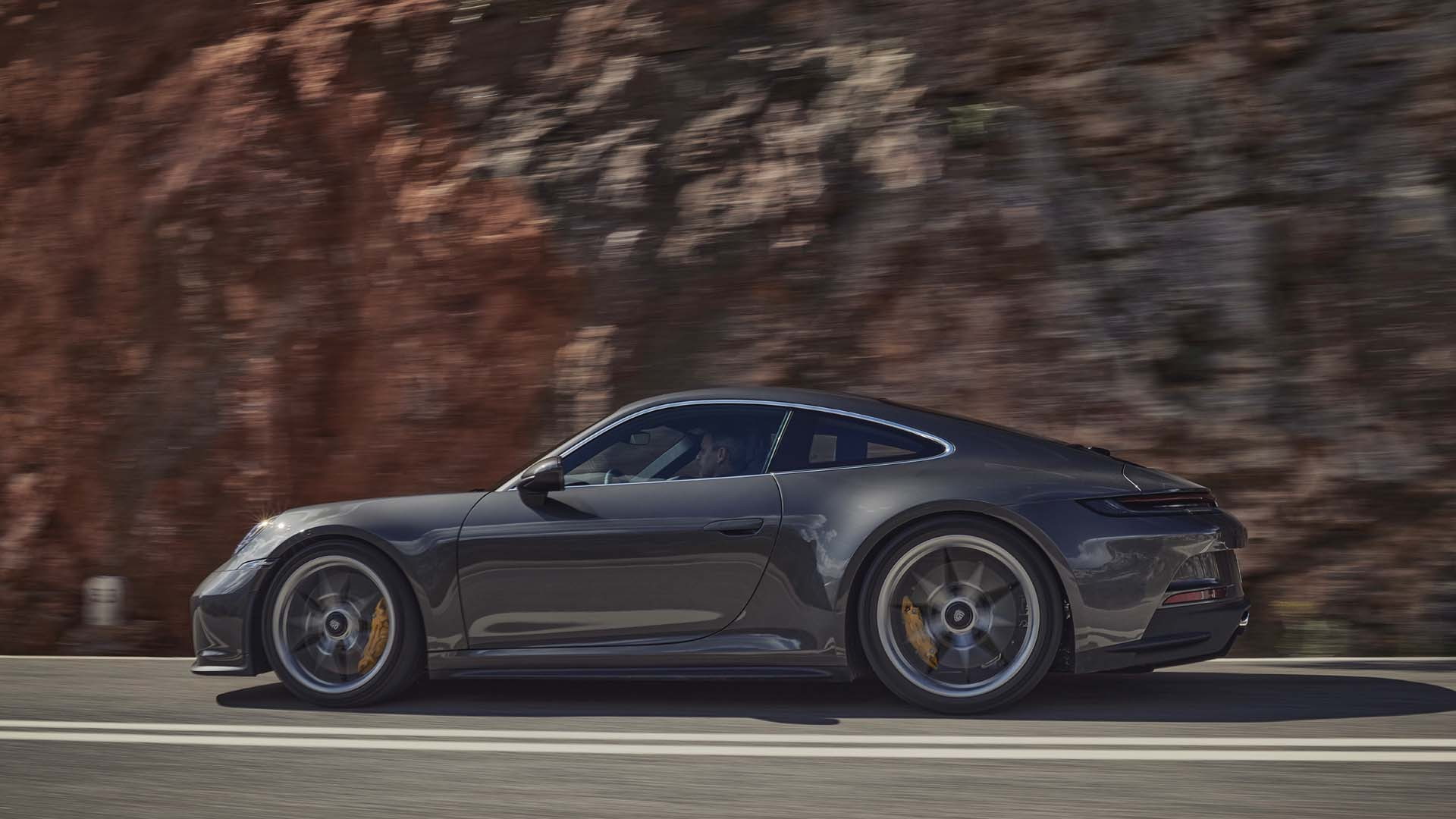 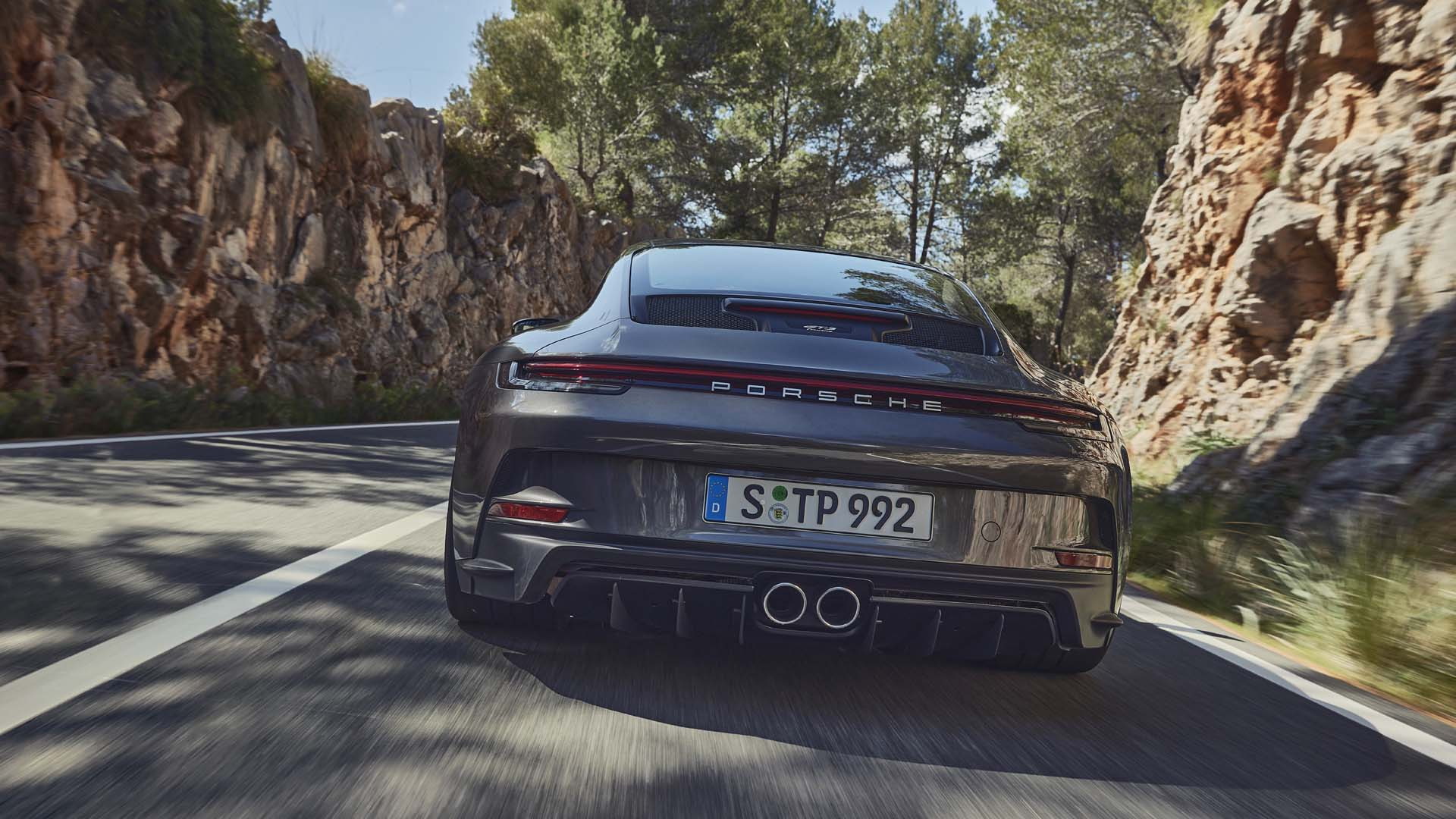 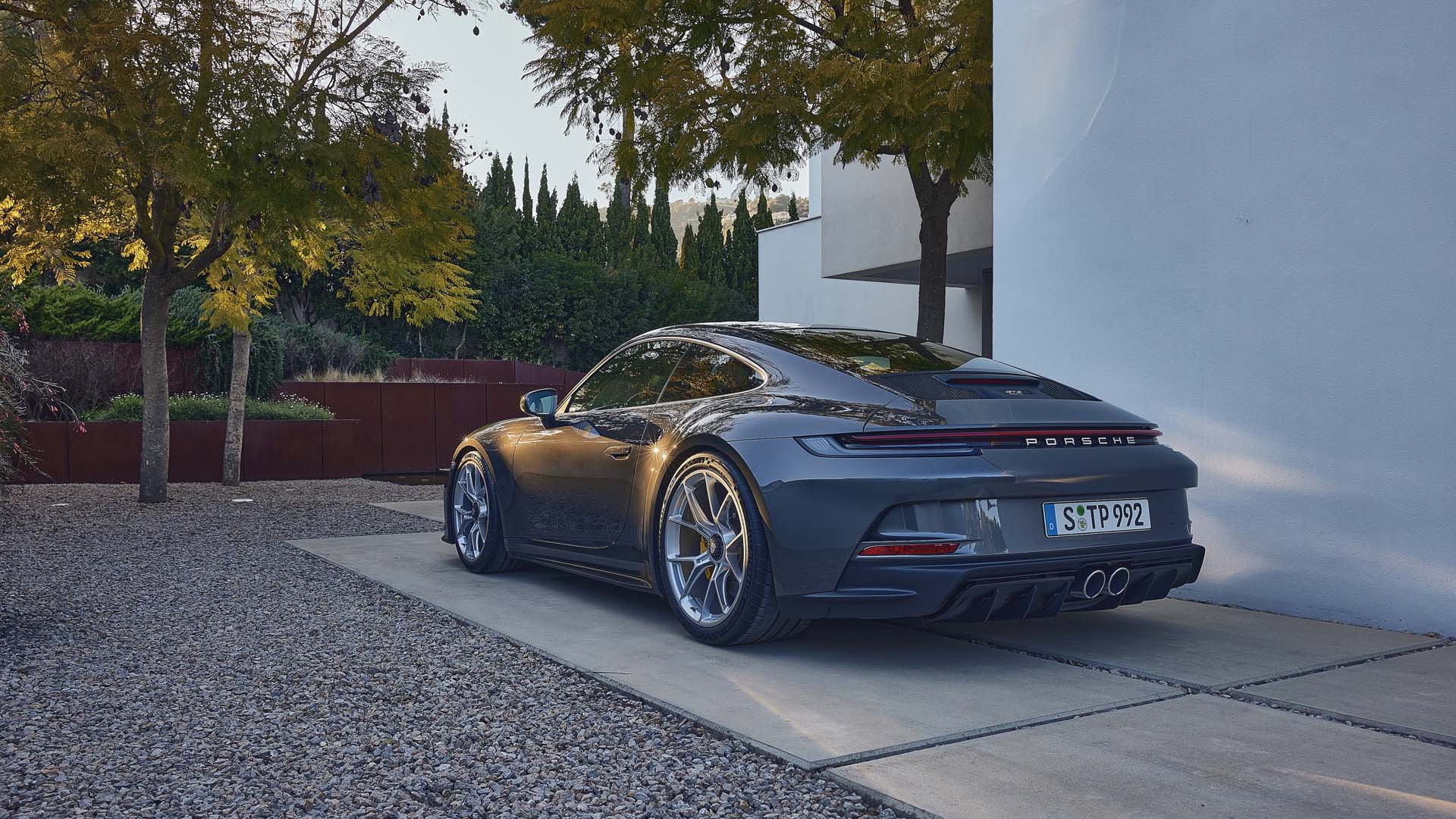 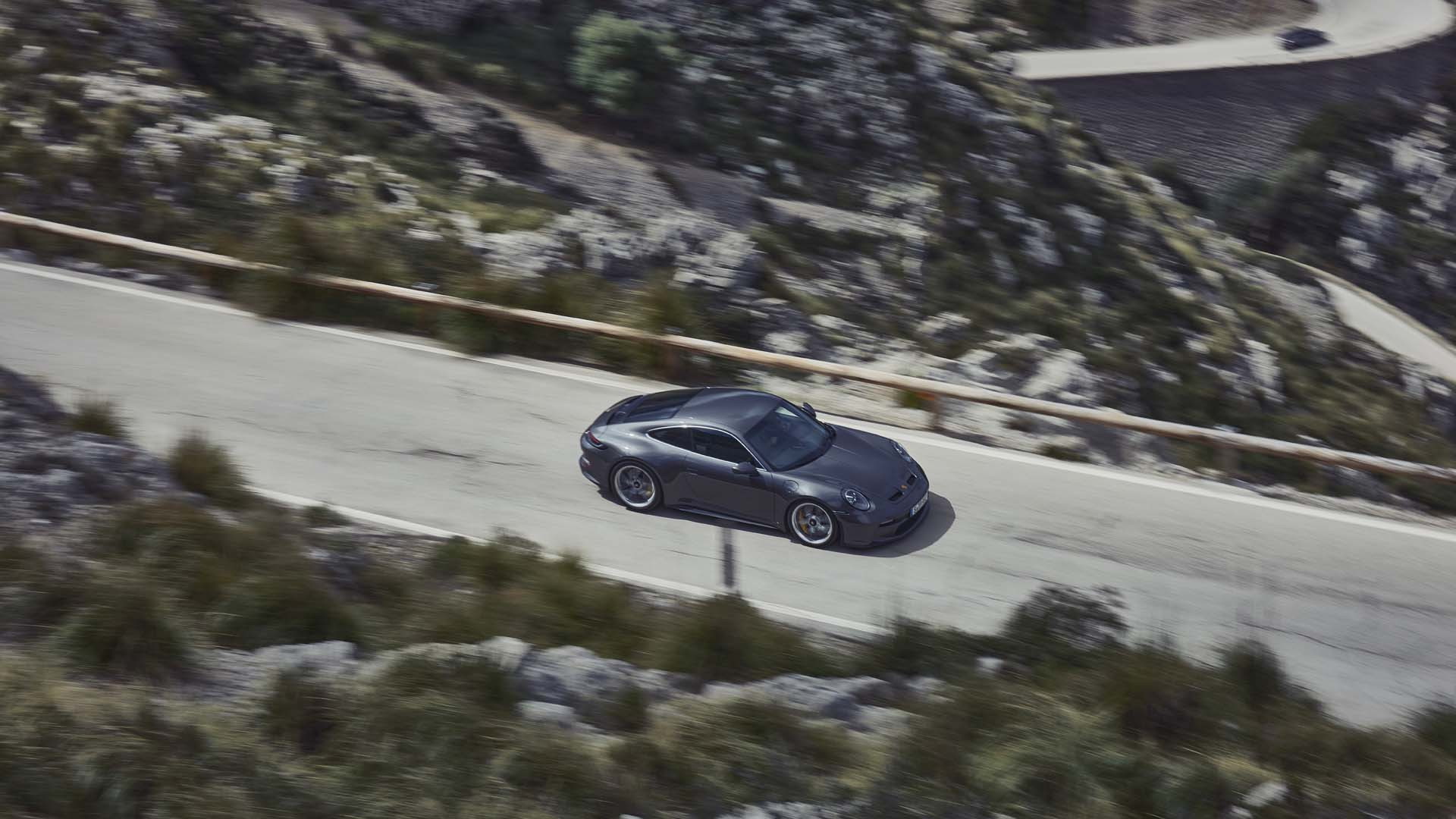 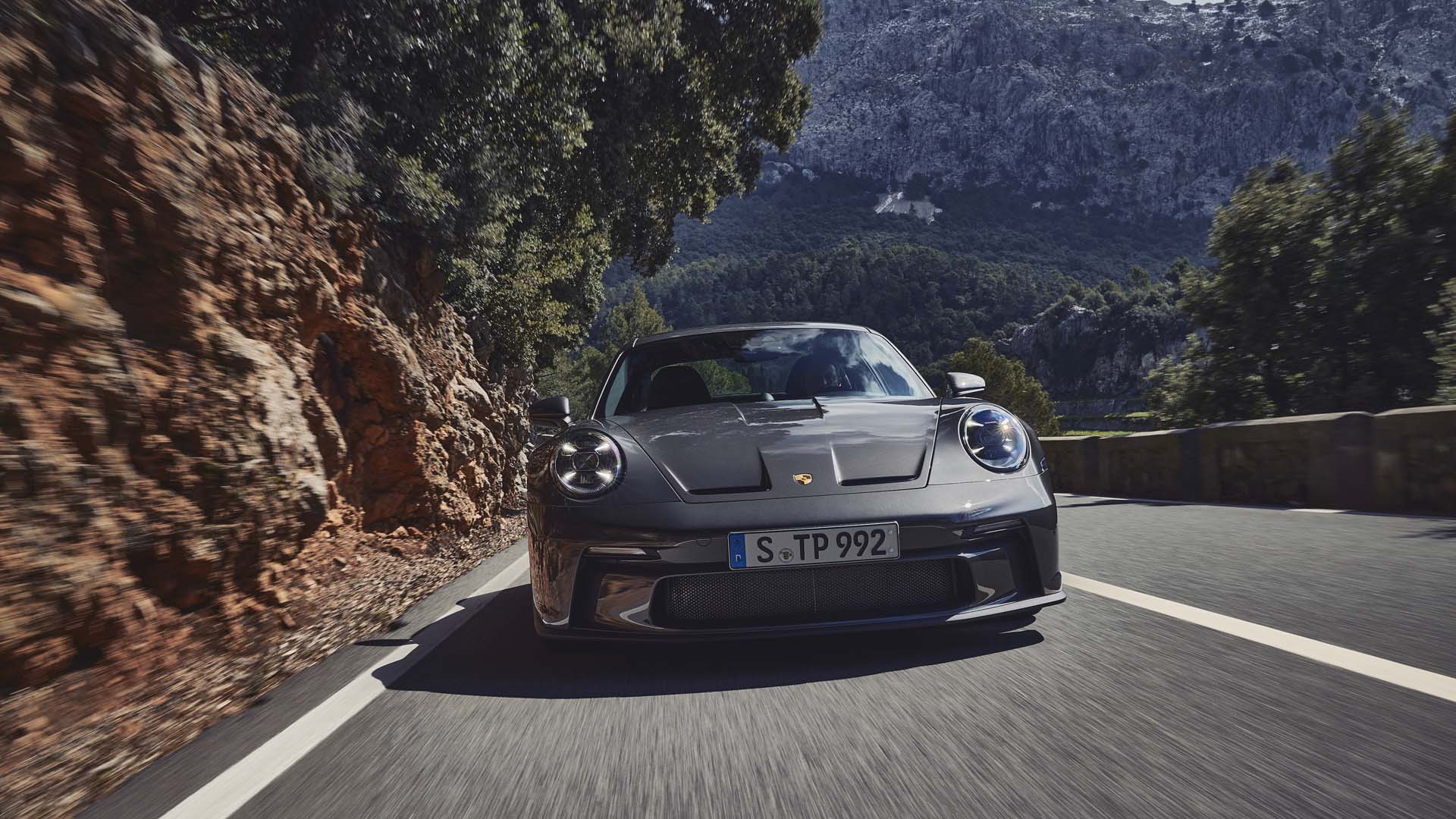 The stealthy Porsche 911 GT3 is getting less in search of more.

On Tuesday Porsche revealed the 2022 911 GT3 Touring with two transmission options and a less flashy design that will cost $162,450 when it arrives in U.S. dealers in the spring of 2022.

Spotting a 911 GT3 with the Touring Package won't be hard. The 911 GT3's bodywork, including the vented hood, front bumpers with gaping intakes, and center-mounted dual exhaust all remain. The stark differences are the lack of massive rear wing, which has been replaced with an automatically extending rear spoiler, and a front bumper painted in body color. It's the undercover GT3.

Inside the Touring Package gives the GT3 interior a slightly more luxurious look and feel with extended leather upholstery. The door panels and front of the dashboard feature special surface embossing that standard GT3 lacks.

A subtle GT3 Touring logo located on the rear deck lid, and silver window trim and exhaust tips will distinguish Touring Package cars. For those who don't want the flashy silver, a satin black finish will be optional.

As with most Porsche models, the GT3 with the Touring Package will be open to a level of personalization. The interior can be optioned with contrasting leather colors and Porsche will offer a full range of paint colors.

What hasn't changed is the powertrain. The standard GT3's naturally aspirated 4.0-liter flat-6 pumps out 502 hp and 346 lb-ft of torque to the rear wheels. The best part is the 9,000-rpm redline. A 7-speed dual-clutch automatic transmission will be standard while a 6-speed manual transmission will be a no-cost option (except in California where noise regulations prohibit this transmission option in the GT3 Touring). The standard GT3's staggered 20-inch front and 21-inch rear wheels and tires carry over.

Porsche didn't release performance specifications, but expect a similar 0-60 mph sprint of 3.2 seconds with the PDK as the standard GT3 (that climbs to 3.7 seconds with the manual transmission).