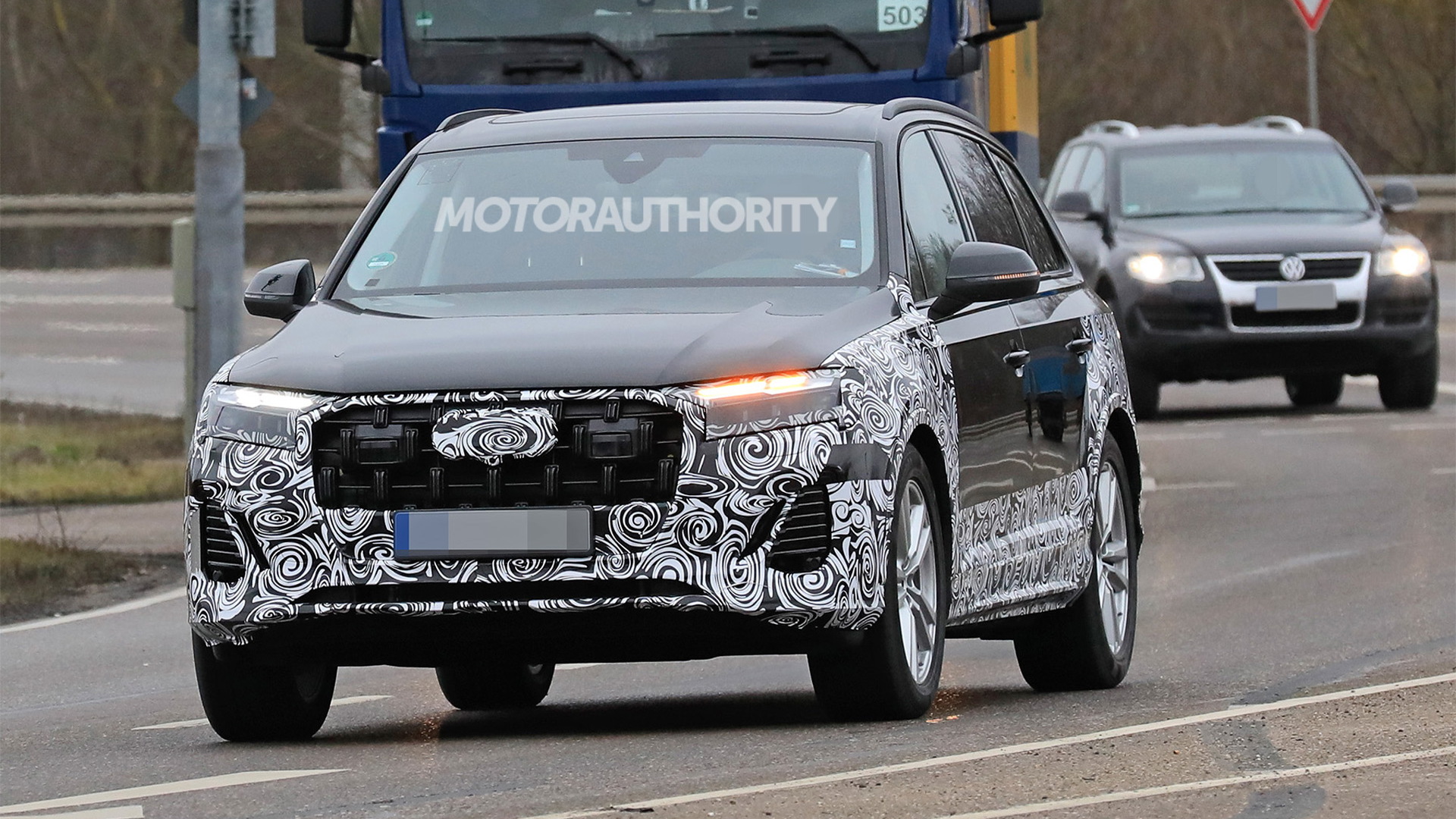 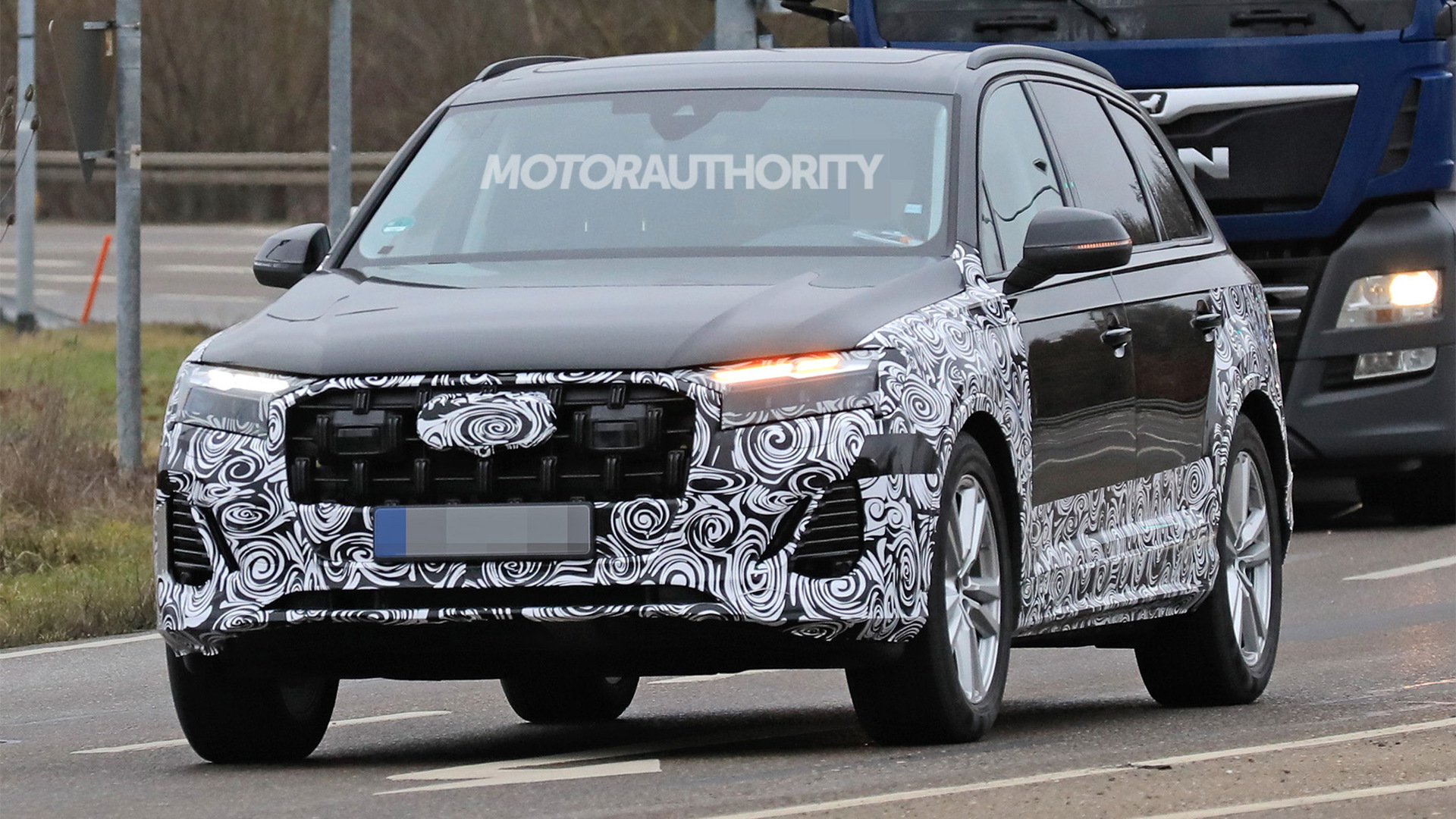 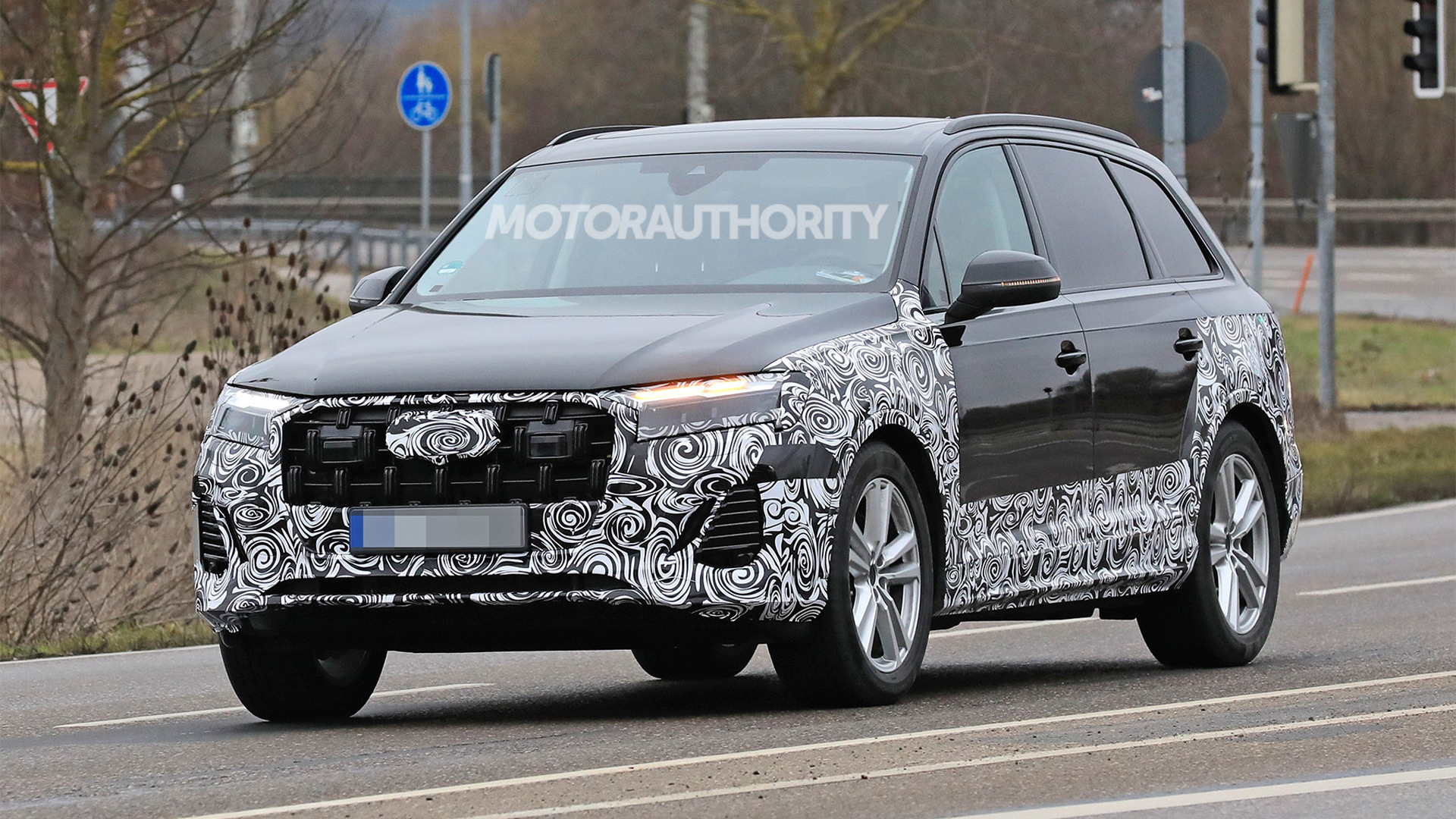 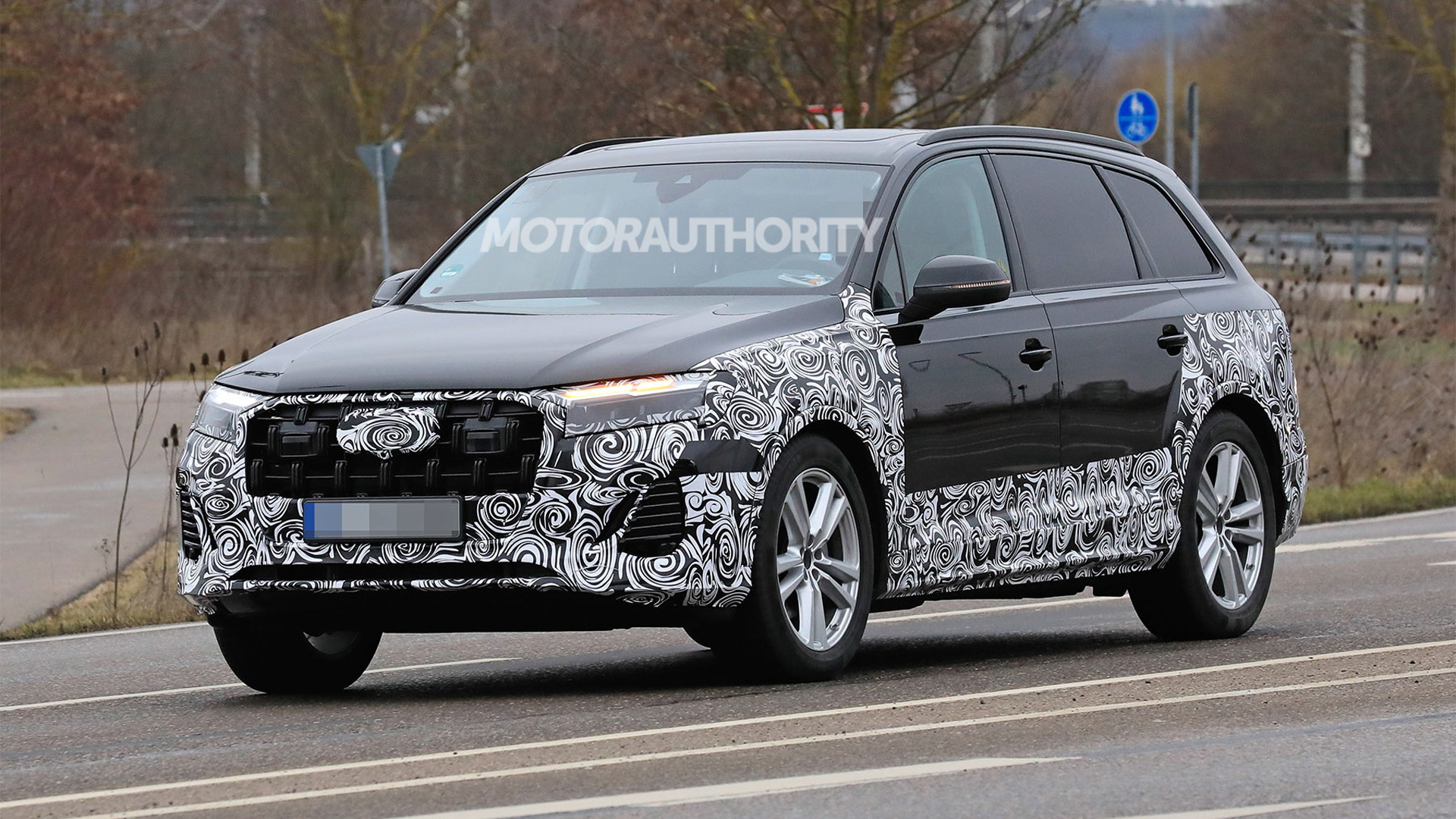 Audi has been spotted testing a prototype for an updated Q7, and the tester already appears to be at a late stage of development.

The current Q7, the second generation of the nameplate, arrived for the 2017 model year and was given its first update for 2020. Normally a prototype for a redesigned model would appear at about this time, but with Audi planning to transition to a full-electric lineup this decade it makes sense for automaker to continuing updating the current internal-combustion model until an electric successor arrives.

This updated three-row SUV is expected to arrive late this year or early next, likely as a 2024 model. Its arrival should coincide with that of an updated Q8, prototypes for which are also out testing. Both SUVs are expected to adopt design features introduced on the recently revealed 2023 Q8 E-Tron, the updated version of the E-Tron electric SUV.

The prototype for the updated Q7 features new fascias at both ends and front intakes with a design similar to that of the Q8 E-Tron. The grille is also new, as are the lights at both ends.

Tweaks should also be made to the cabin, which, like the Q8 E-Tron's cabin, should feature new trim materials, including the increased use of recycled materials in some areas.

As mentioned above, Audi plans to transition to a full-electric lineup this decade. The automaker has already confirmed its last internal-combustion model will be launched in 2026, meaning the next Q7, if there is one, will most likely be an EV.

The Porsche Cayenne, which shares a platform with the Q7, is also due to receive an update shortly. The Cayenne is also expected to become an EV when it finally receives a redesign.