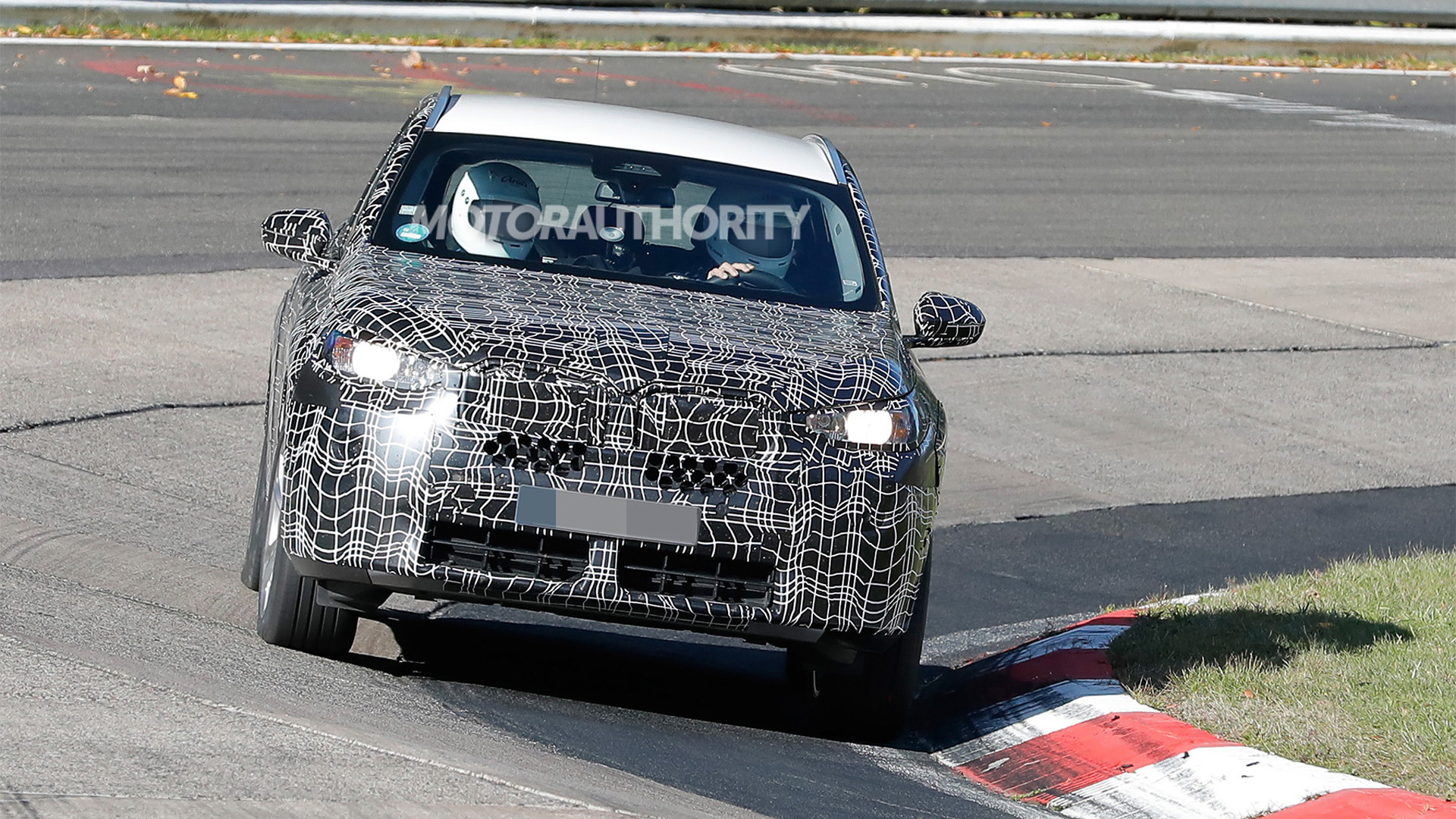 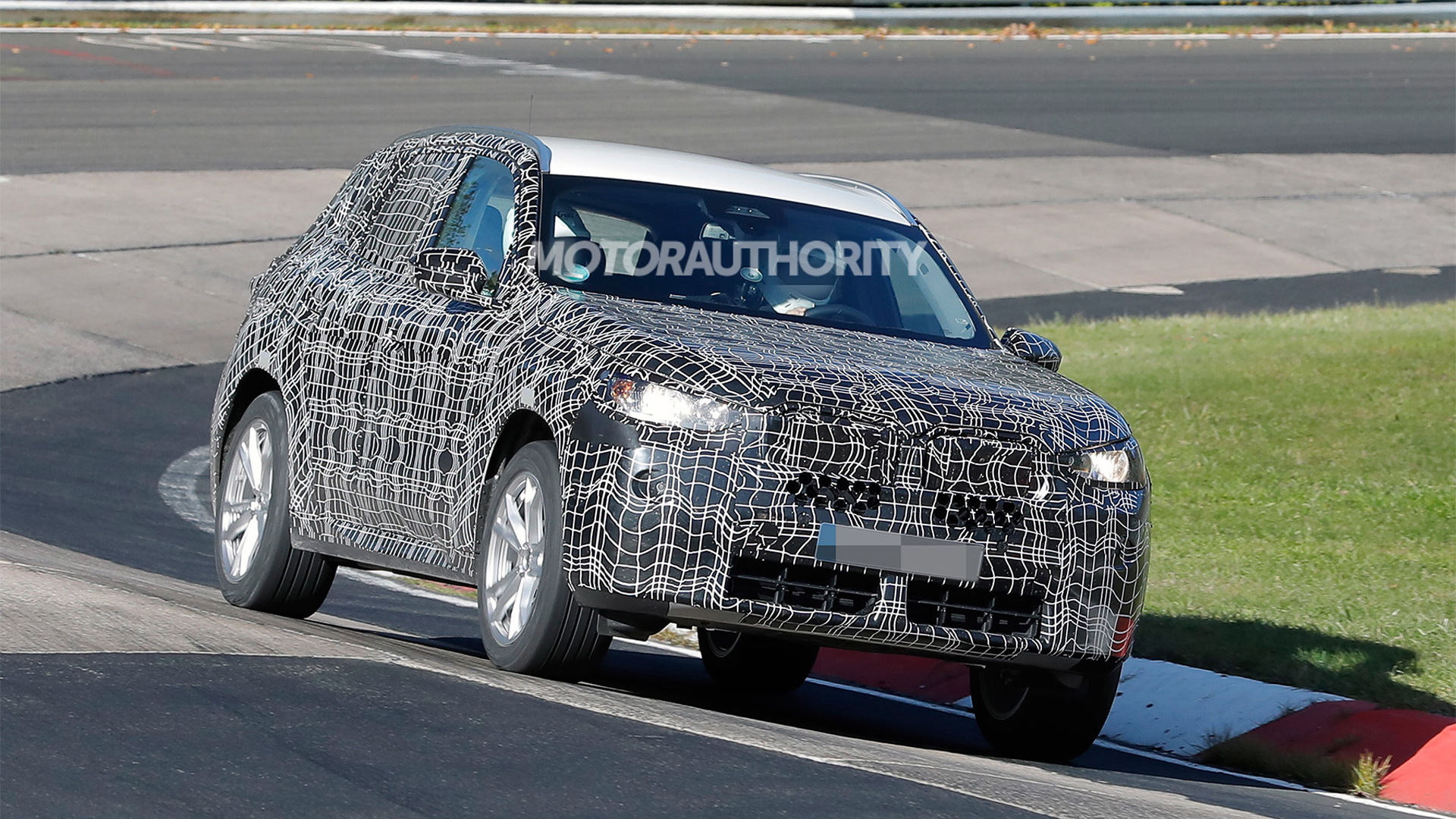 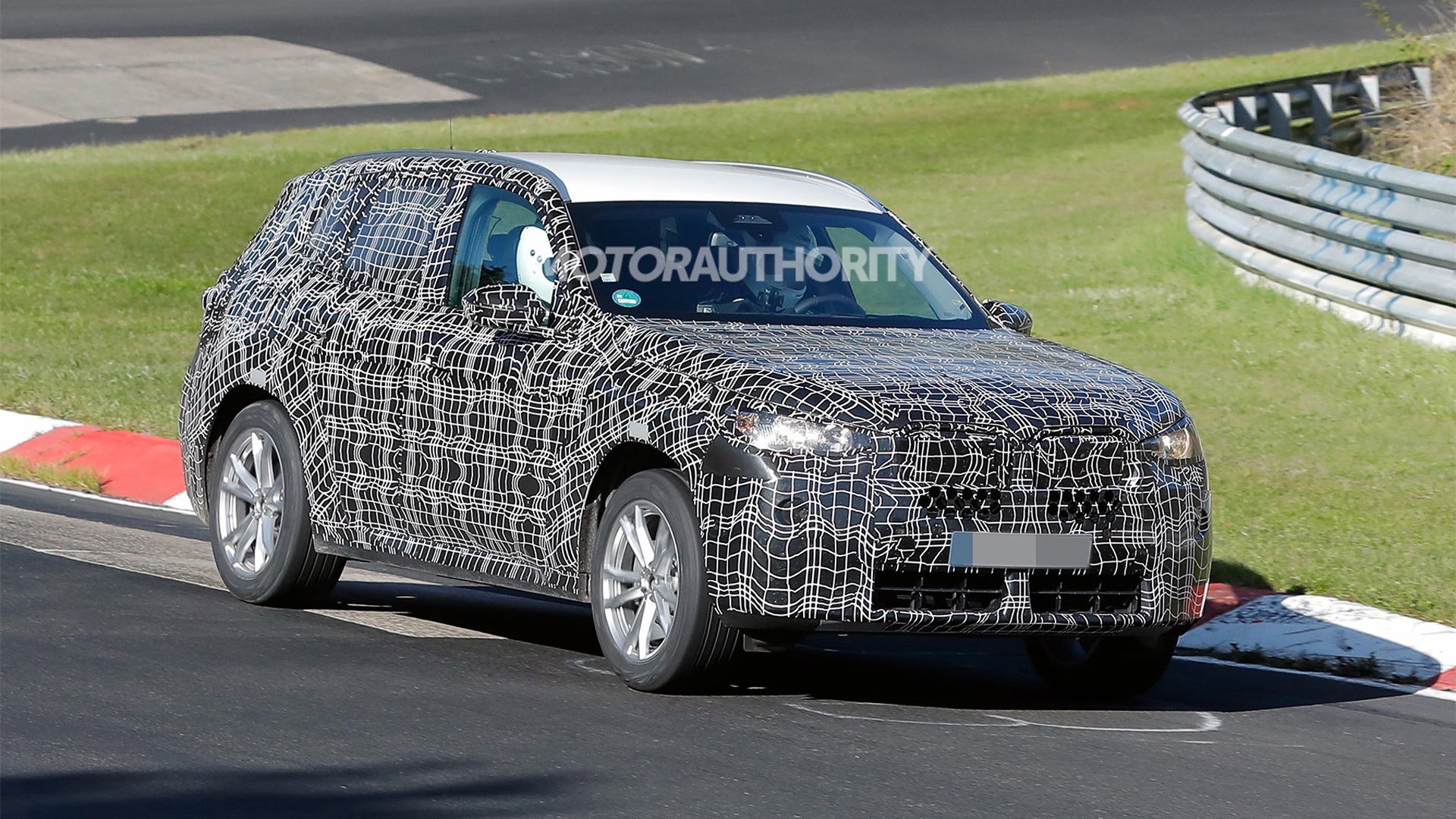 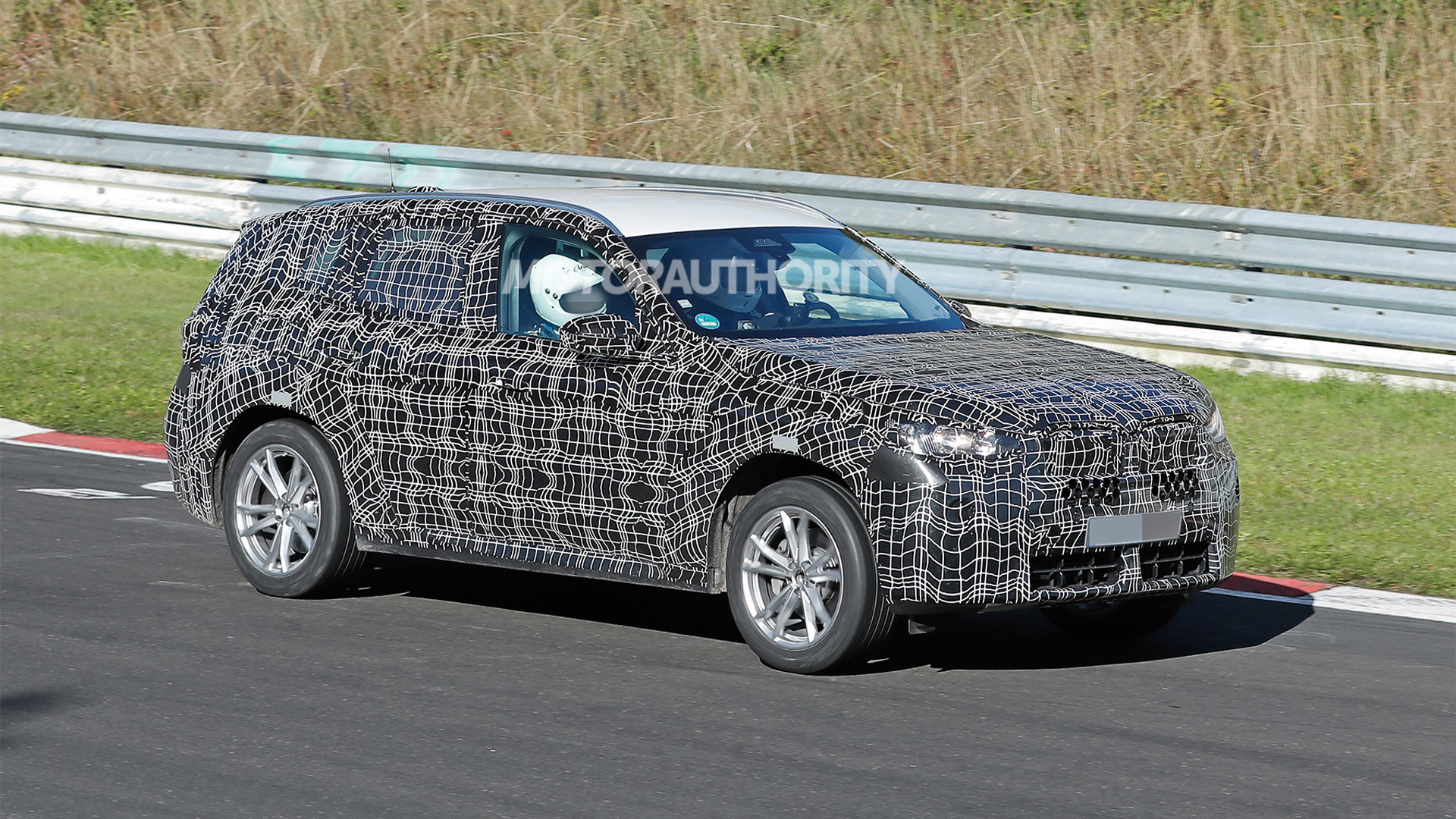 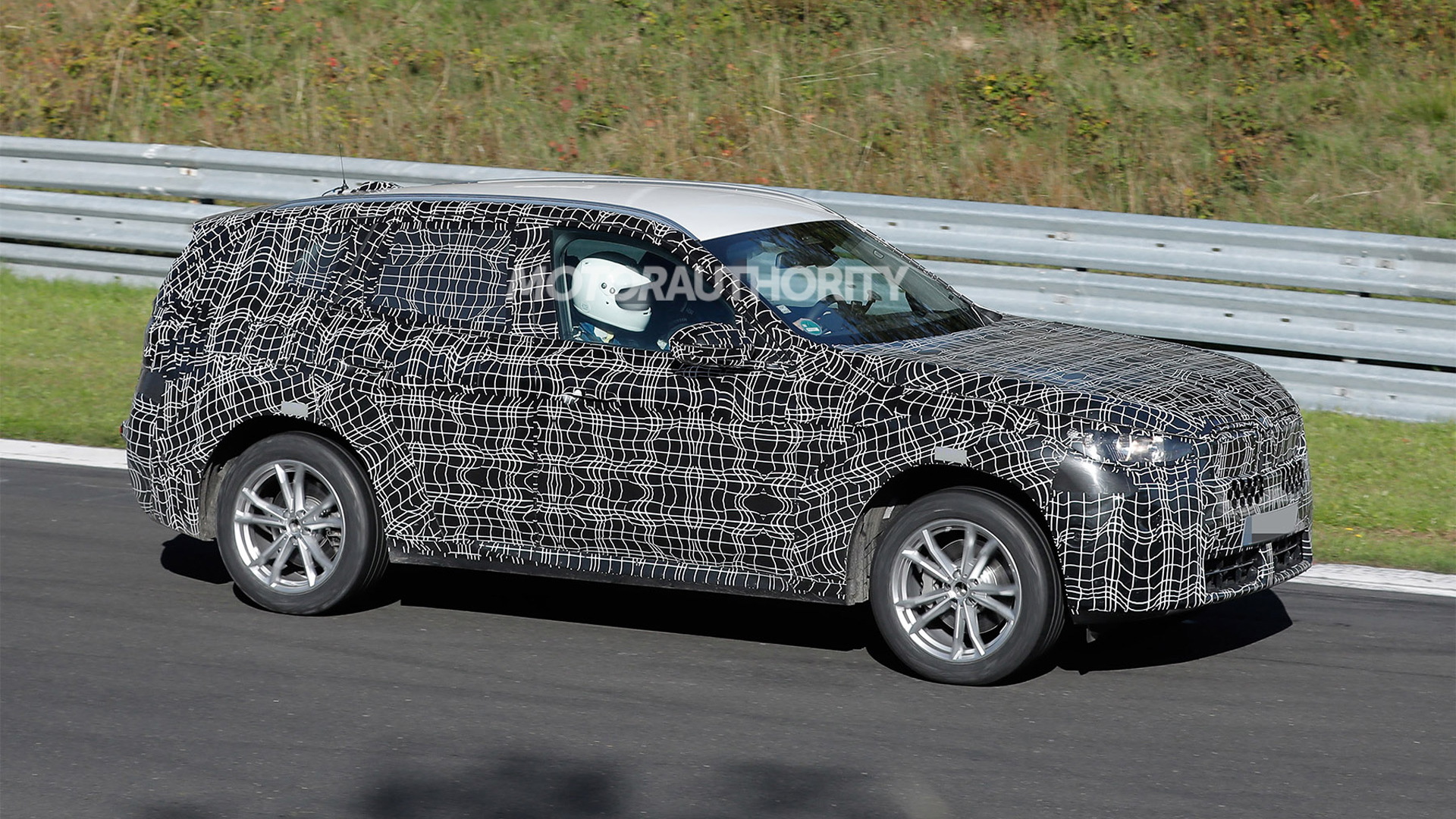 A prototype for a redesigned BMW X3 has been spotted again, this time testing at Germany's Nürburgring racetrack. The new crossover will be the fourth generation of the top-selling nameplate.

The current X3 arrived in 2017 as 2018 model year and was given a mid-cycle update for 2022. In BMW tradition we should see this redesigned X3 arrive in 2024 as a 2025 model. A redesigned version of the related X4 should arrive about six months to a year after this X3.

We can't spot the interior but an uncluttered dash with floating screens for the instrument cluster and infotainment hub should be present, as seen in the latest BMWs, including the recently updated 2023 3-Series.

The platform will be an updated version of the current X3's CLAR design, which means rear-wheel drive with the option of all-wheel drive. Look for 2.0-liter turbo-4 and 3.0-liter turbo inline-6 engines, in both cases with standard mild-hybrid technology. Plug-in hybrid power will also be on offer, including potentially in the next X3 M.

The current X3 offers an electric iX3 option outside the U.S. While the iX3 uses a modified version of the CLAR platform, the next iX3, which we should see in the U.S., is expected to use BMW Group's Neue Klasse dedicated EV platform which will spawn its first model in 2025. The first model is expected to be an electric version of the next 3-Series.

Production of the redesigned X3 should be handled at BMW Group's plant in Spartanburg, South Carolina, where the current X3 is built. Any Neue Klasse-based electric version will likely be built at a plant in Europe, such as the plant under construction in Debrecen, Hungary, which will build the first Neue Klasse model.

The X3 is a vehicle BMW won't want to mess around with. BMW in 2021 managed to sell 75,858 examples in the U.S. alone, making it the automaker's most popular vehicle here.