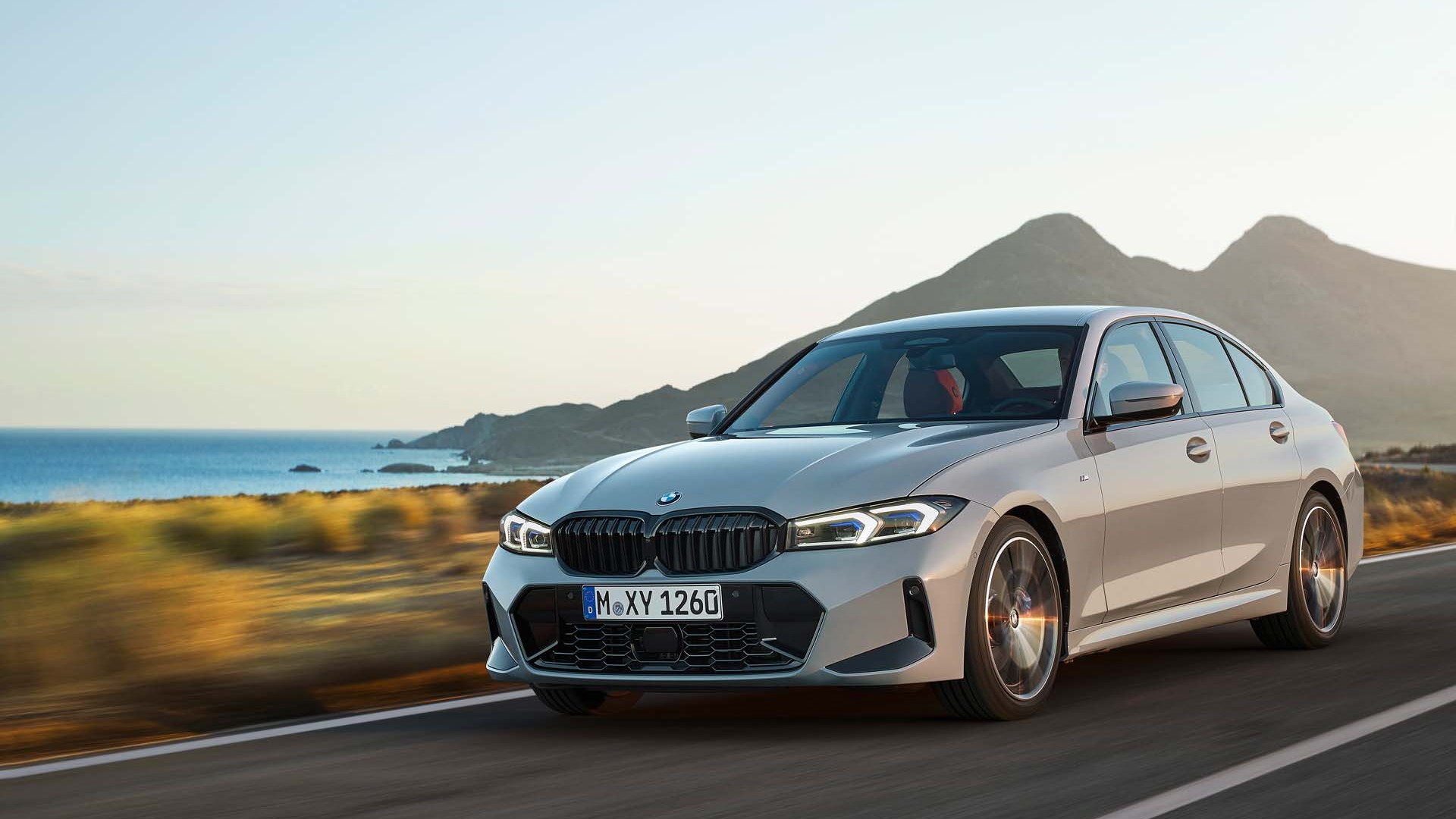 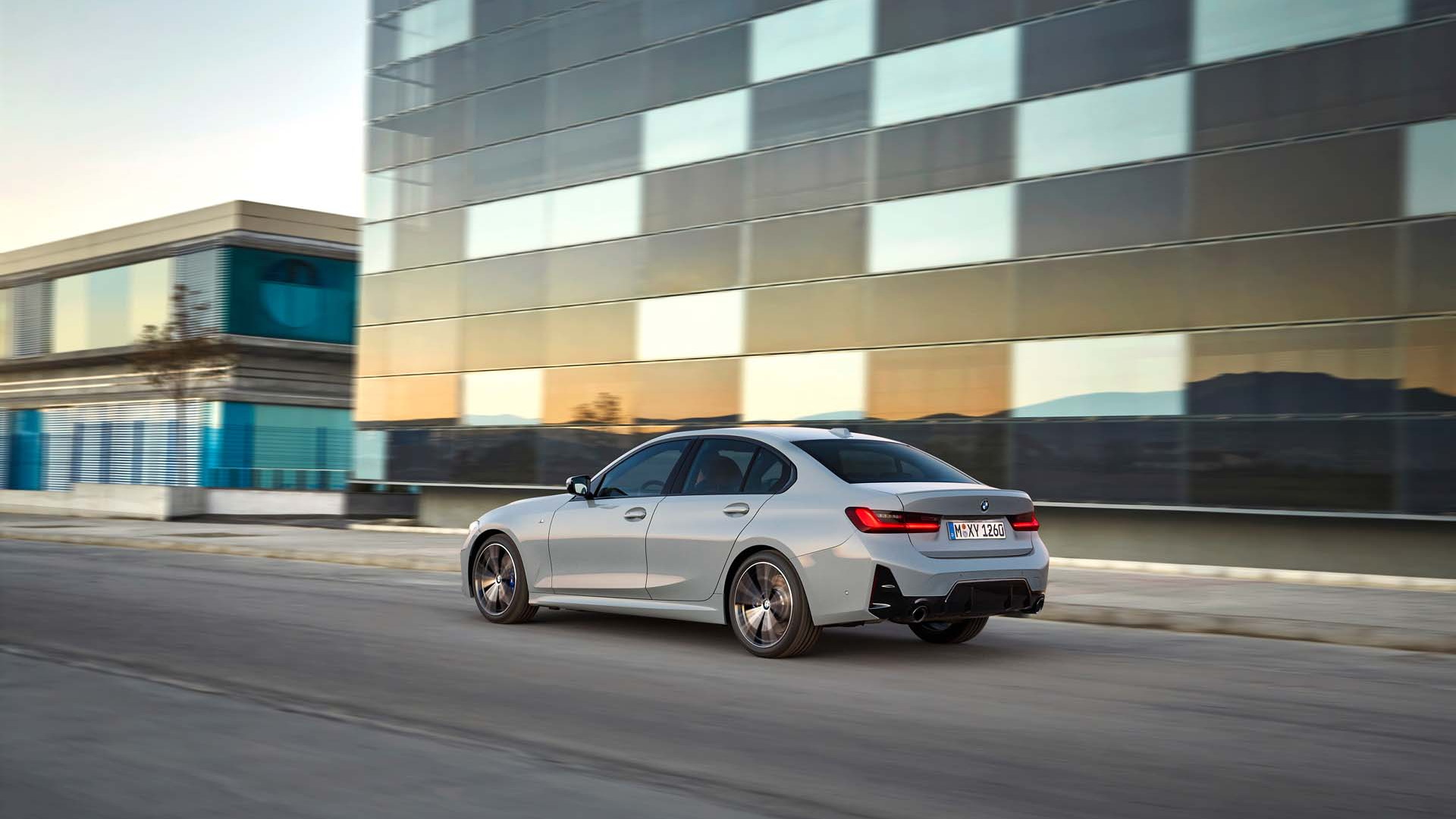 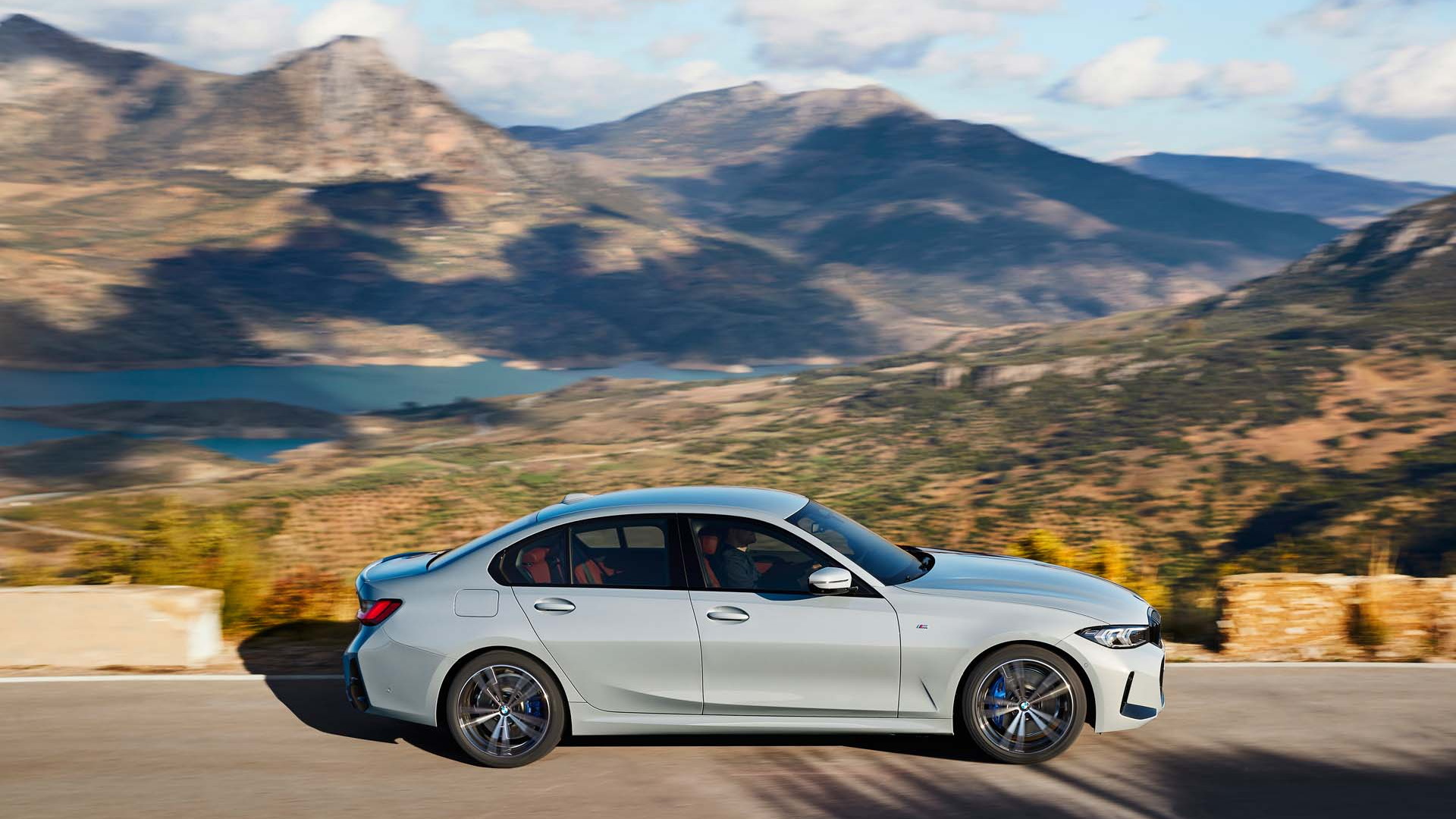 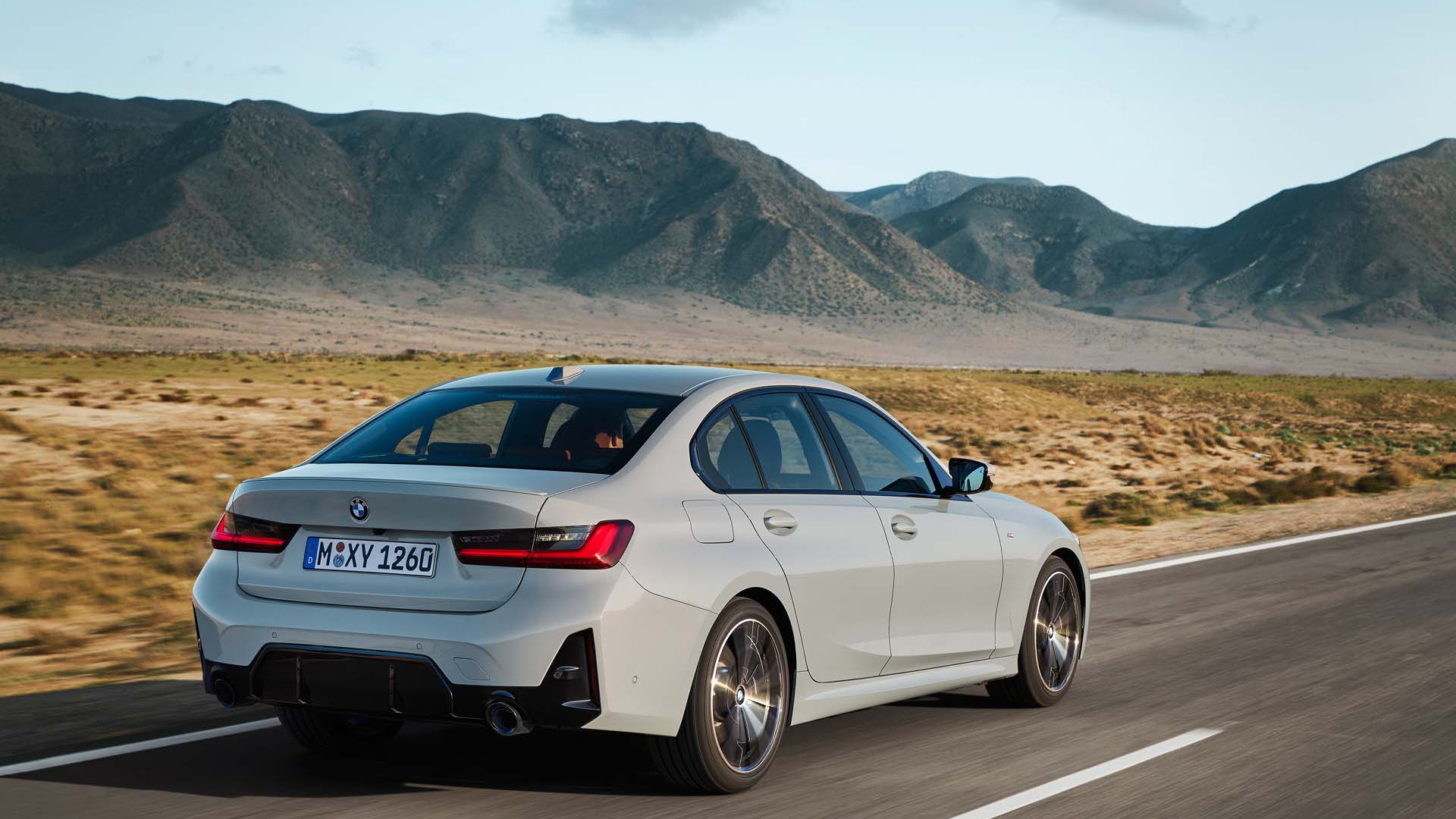 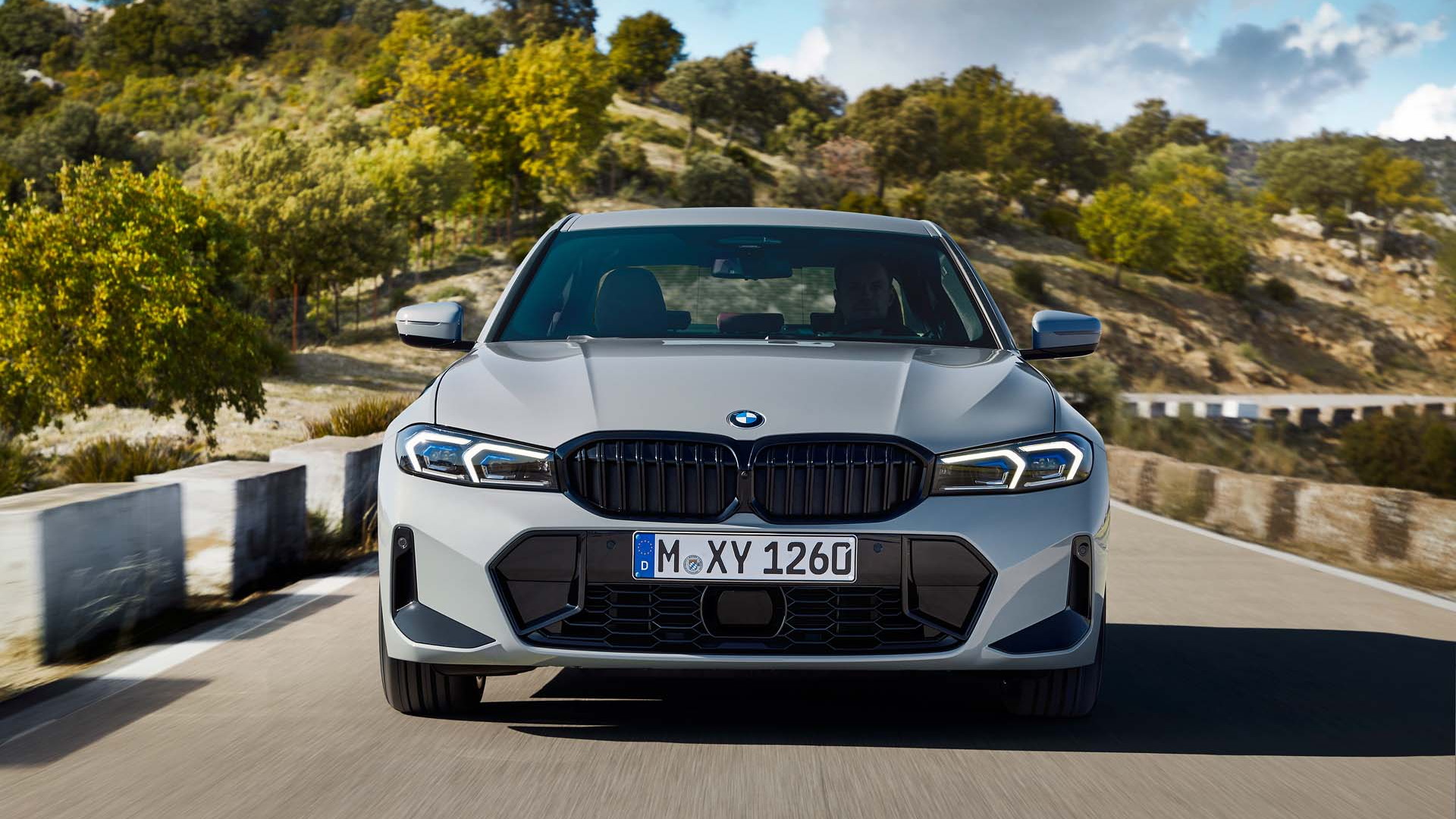 The seventh-generation 3-Series has been tweaked and upgraded to keep up with the newer competition.

On Tuesday, the 2023 BMW 3-Series was revealed with larger screens, revised styling, and a new place of origin for U.S. models when they arrive in July. Pricing has yet to be announced.

BMW said every U.S. 3-Series will now be built at the automaker's new plant in San Luis Potosi, Mexico.

The largest change for the refreshed 3-Series takes place inside the cabin. Those seated up front will be greeted by a wall of displays placed under a curved piece of glass similar to that of the electric iX crossover SUV and i4 electric car. The digital gauge cluster now measures 12.3 inches while the touchscreen is 14.9 inches. The gear selector is now a toggle switch on the center console. Buyers will find Apple CarPlay and Android Auto come standard.

A keen eye will be required to spot the refreshed 3-Series going down the road. The front and rear fascias have both been updated, but the tweaks are minimal. The kidney grilles present themselves in a slightly more pointed fashion on the sides, and the LED headlights look slimmer, smoother and more polished in a similar fashion as the latest 5-Series. Black trim, which is called Shadowline in BMW speak, is now standard while satin silver exterior trim will be an option on the base 330i and plug-in hybrid 330e.

Powertrains carry over from the current model. Base models continue to have a 255-hp 2.0-liter turbo-4 under the hood, while a 382-hp turbo-6 with a mild-hybrid 48-volt system returns as well. The plug-in hybrid remains the greenest and most efficient option with a net 288 hp. No fuel economy figures were provided, but all models power the rear wheels, or available all-wheel-drive system, via an 8-speed automatic transmission. A manual transmission remains absent from the lineup even in the base car. Those wanting to #GiveAShift will need to buy an M3.