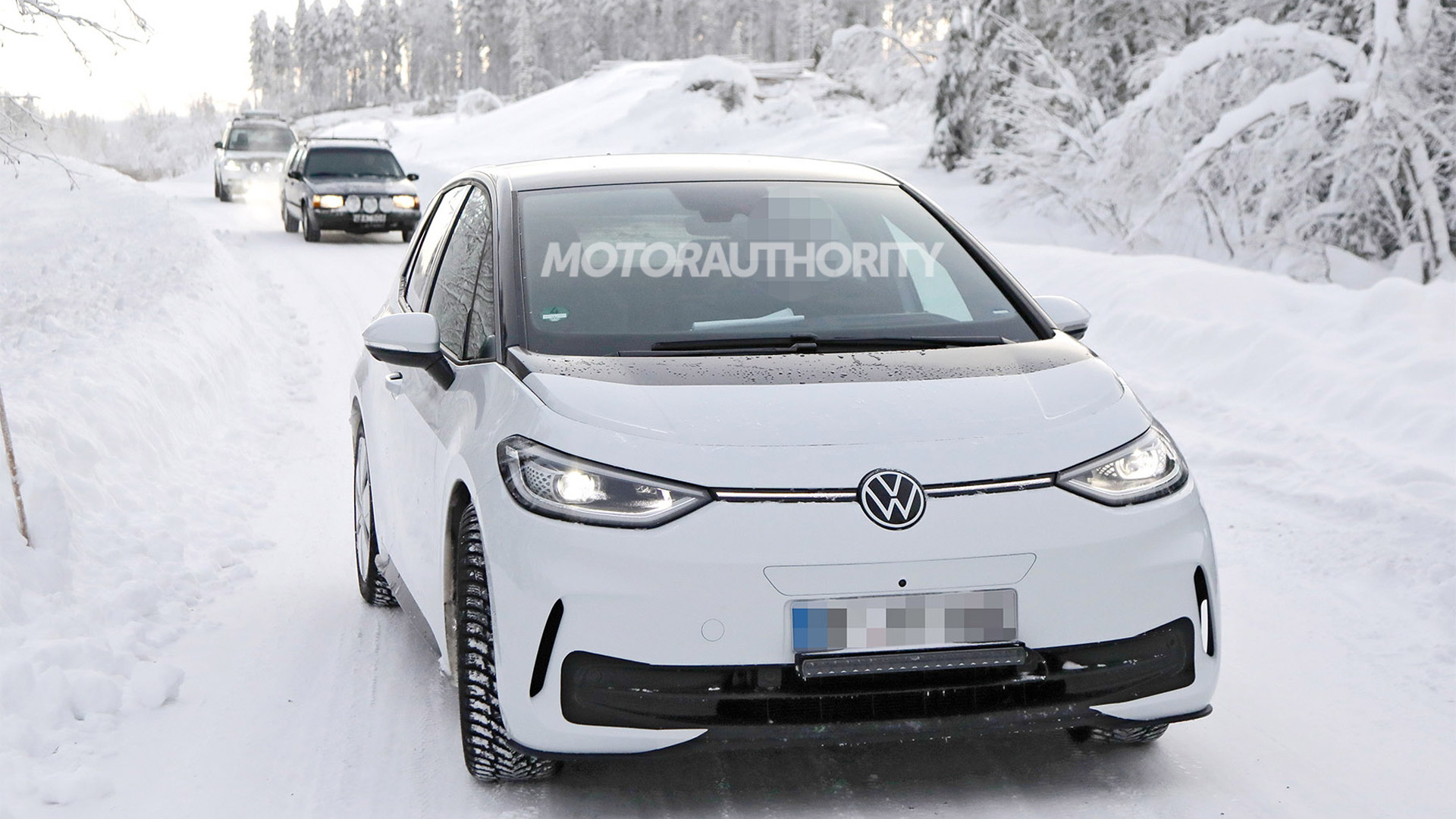 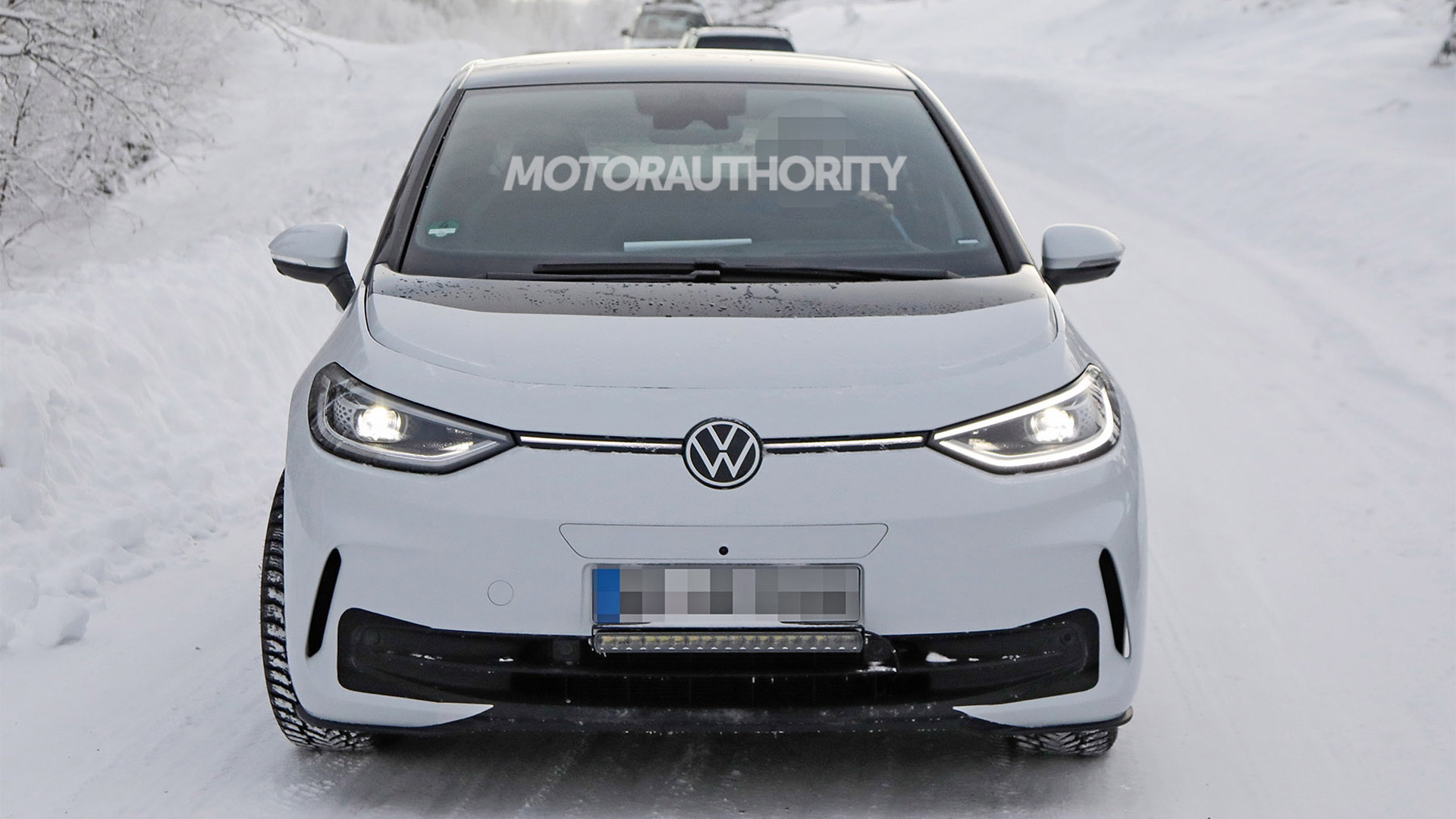 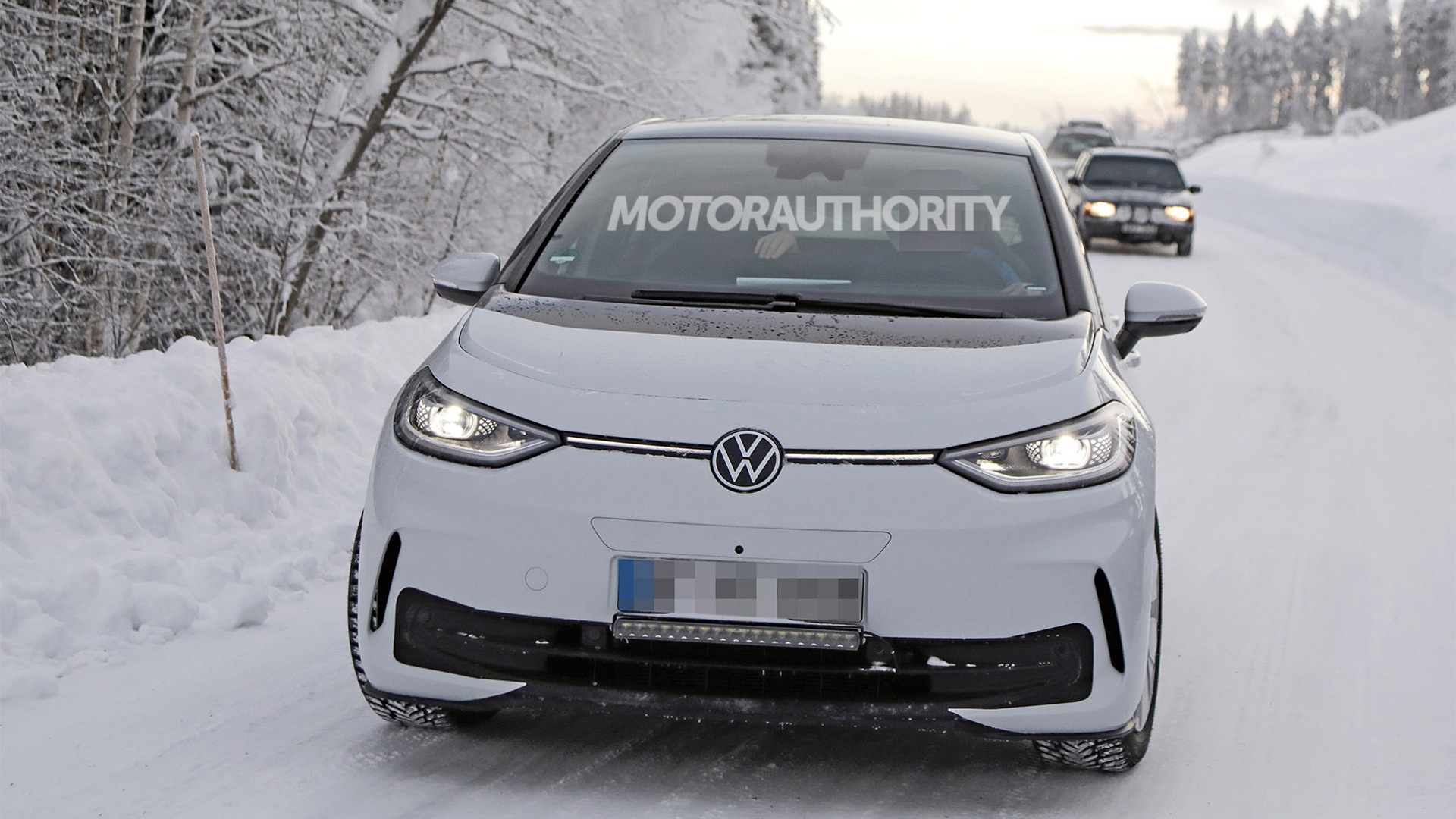 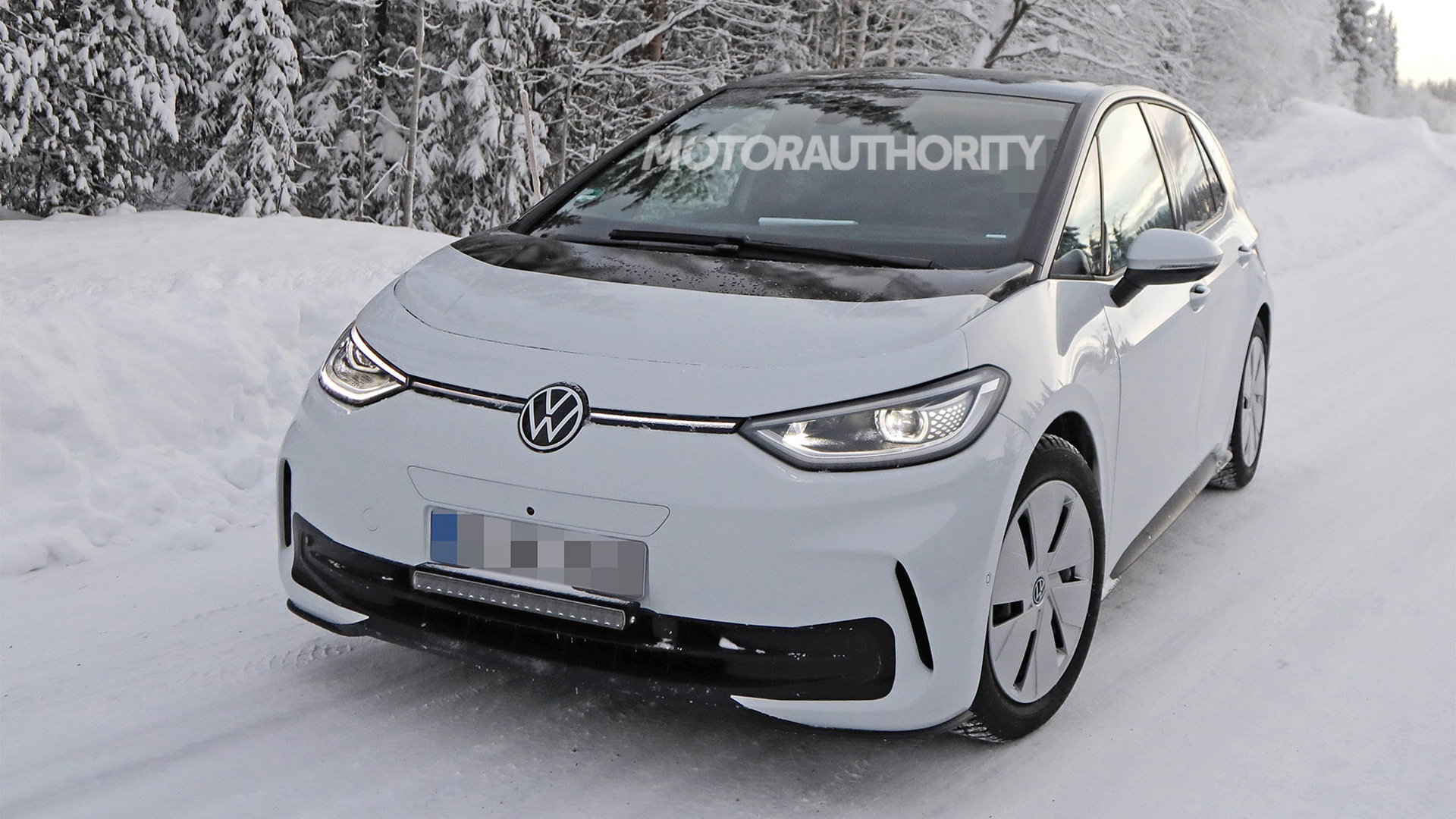 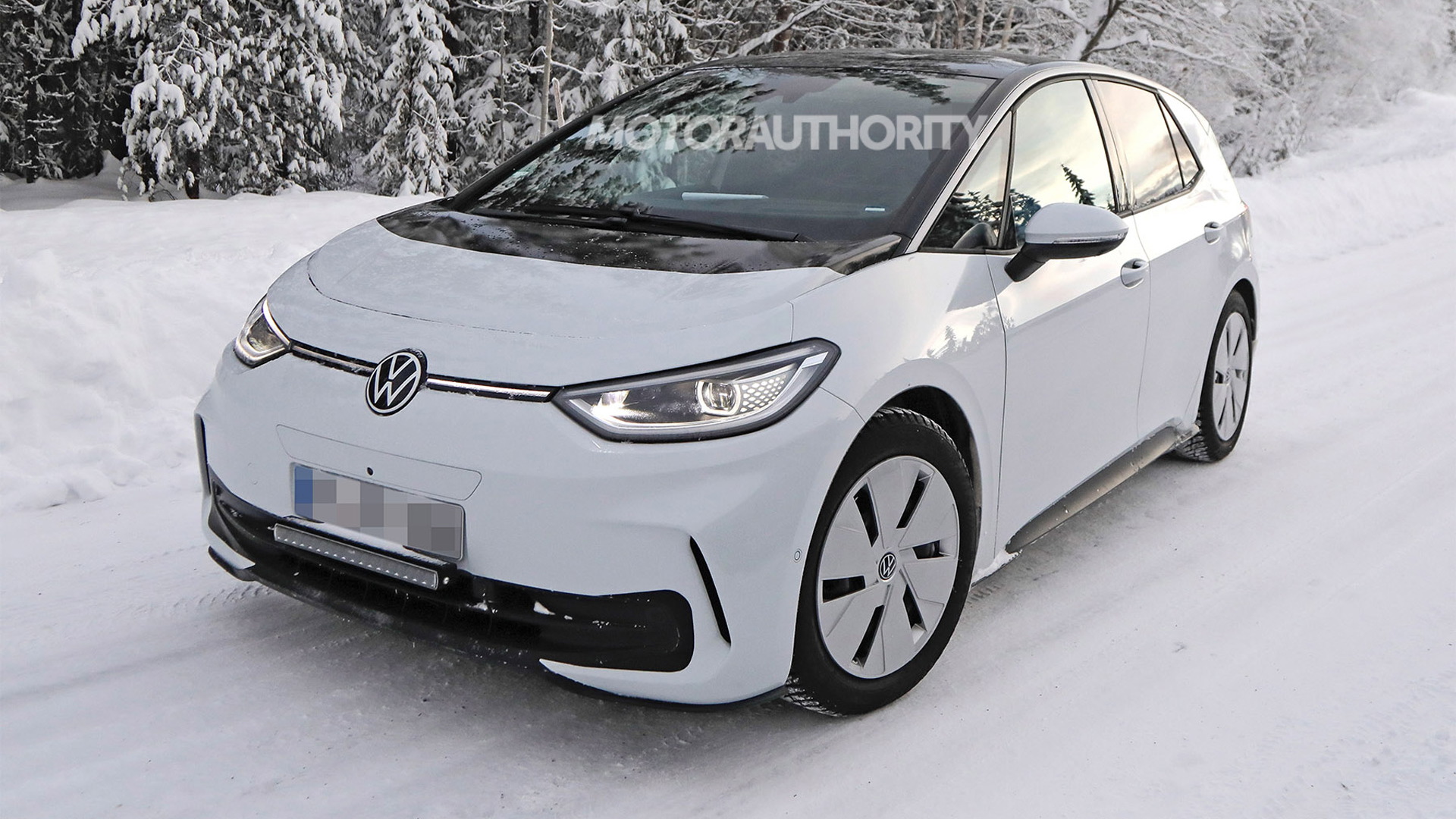 Volkswagen has been spotted testing an updated version of the ID.3, the compact hatch whose 2019 launch marked the arrival of VW's ID family of electric vehicles.

The updated ID.3 is confirmed for a debut in the spring, and while it isn't expected to be added to VW's U.S. lineup, its updates may eventually filter across to other ID models sold here.

The visual tweaks will be minimal. The prototype sports a new front fascia, and we know from teaser sketches the interior will feature a revised dash with a larger infotainment screen spanning 12.0 inches, up from the current model's 10.0 inches.

VW has also confirmed better quality materials for the cabin, enhanced driver-assist technology, and a new software back end that will support over-the-air updates. The center console will also feature a revised design with a pair of cupholders, and the cargo area will get a removable floor.

It isn't clear if there will be any changes made to the standard model, but there are rumors a new dual-motor all-wheel-drive ID.3 GTX will be part of the updated range.

Volkswagen Group is known to be preparing an updated version of the ID.3's MEB platform, but this newer platform won't make it into the updated ID.3. Dubbed MEB+, the updated platform will accept VW Group's next-generation battery cell design and introduce higher charging rates.

While the updated ID.3 won't be sold in the U.S, VW has some new ID models headed here shortly. These include the ID.Buzz minivan and a new ID.7 sedan.