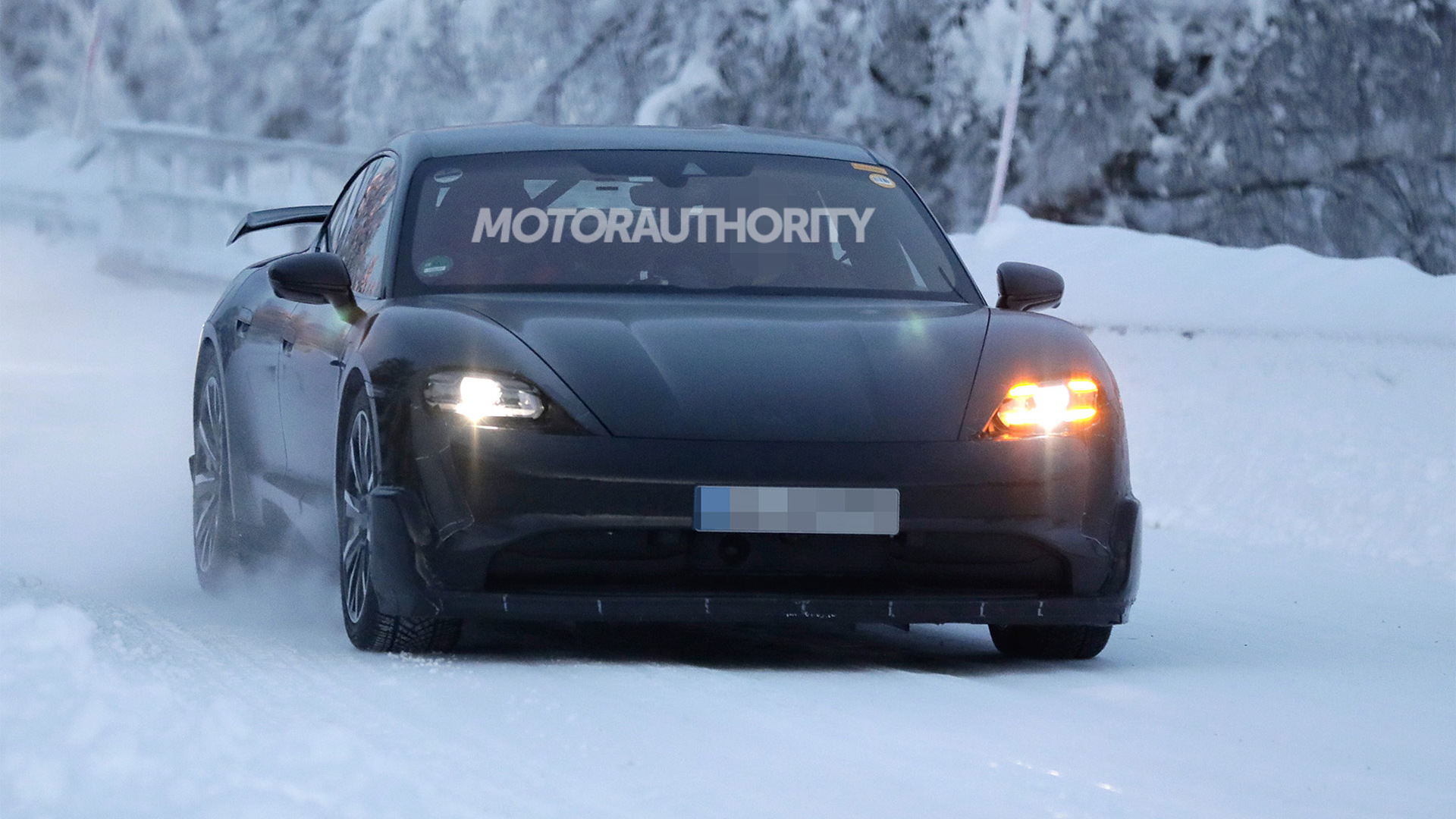 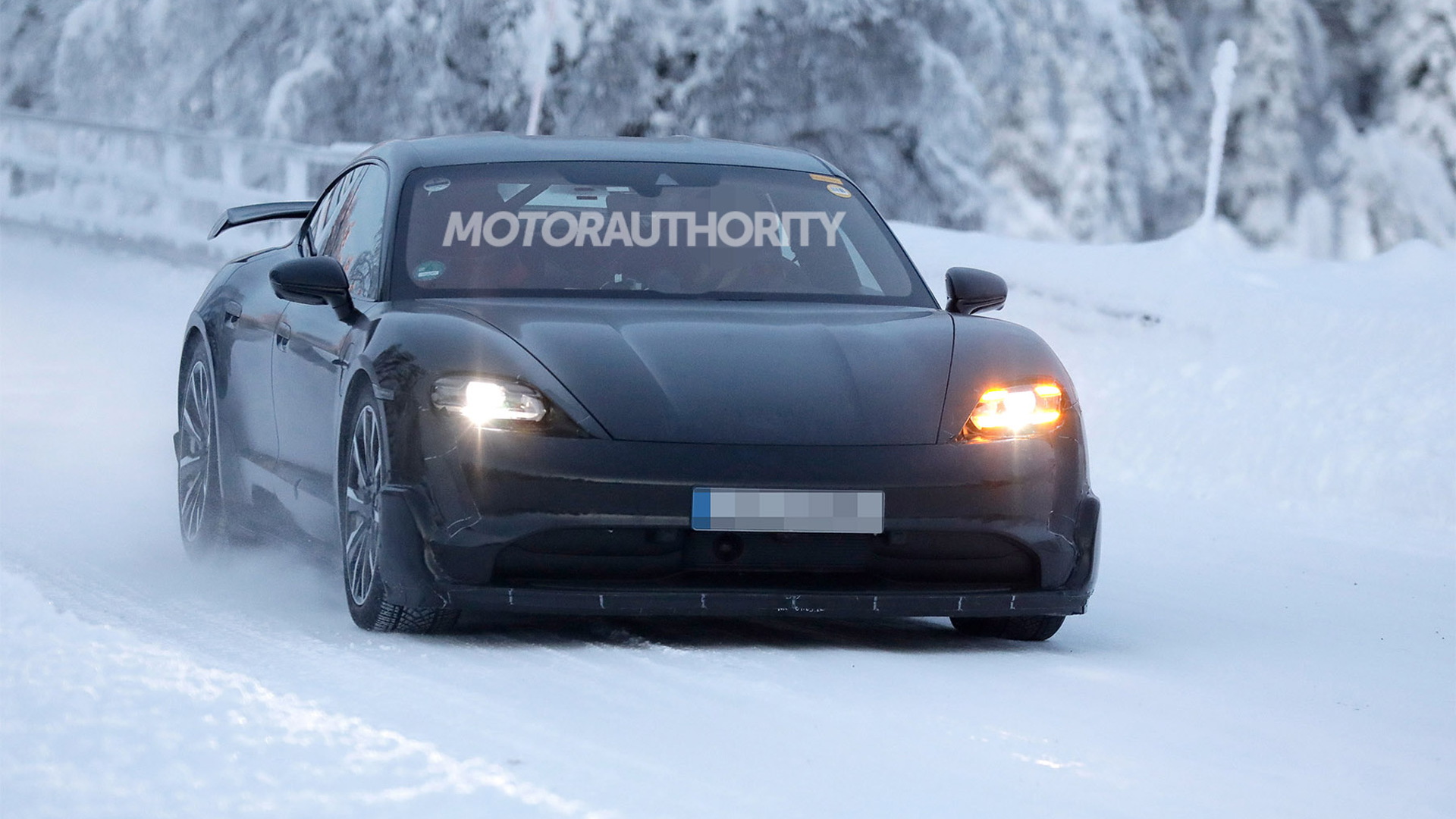 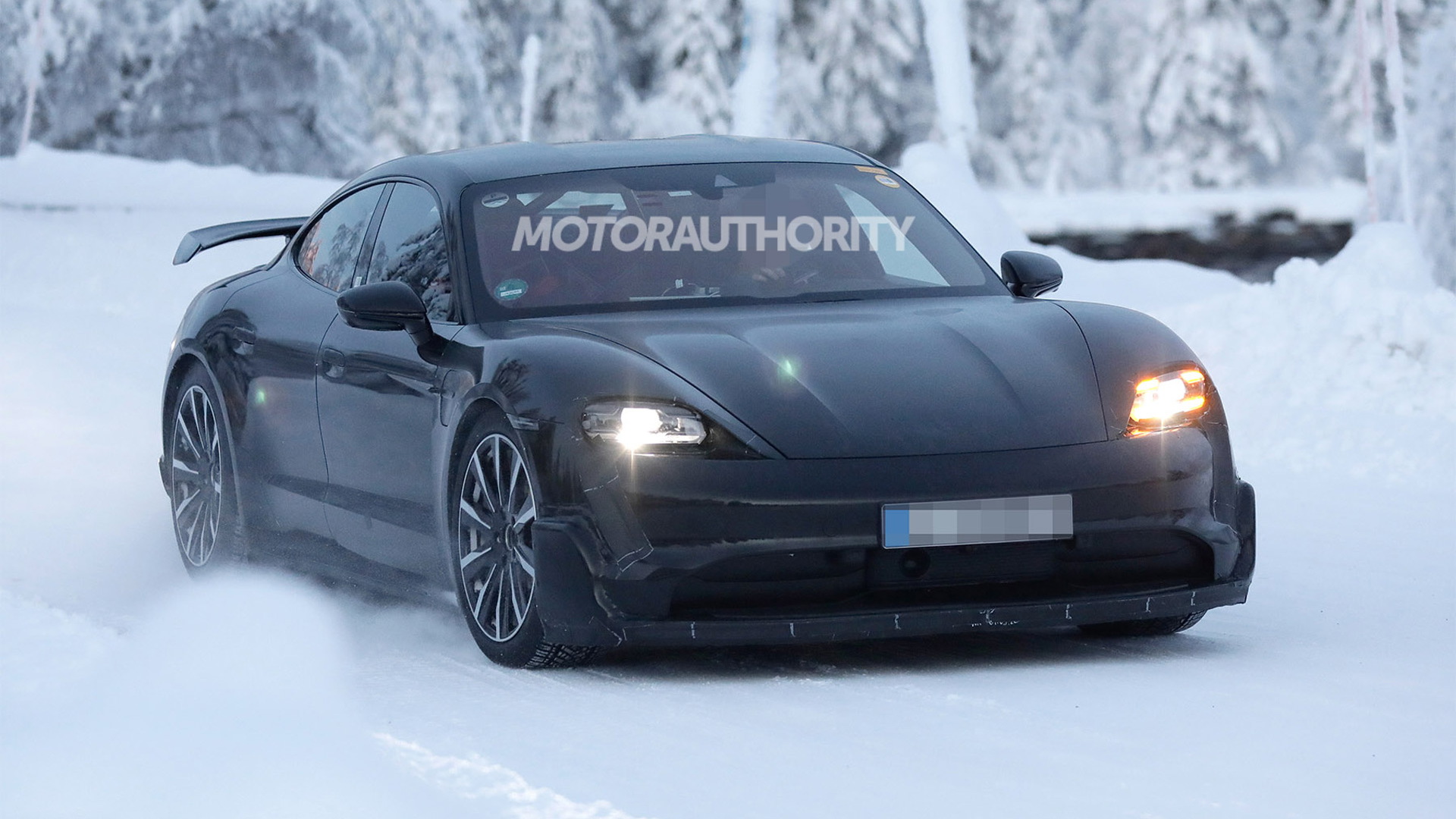 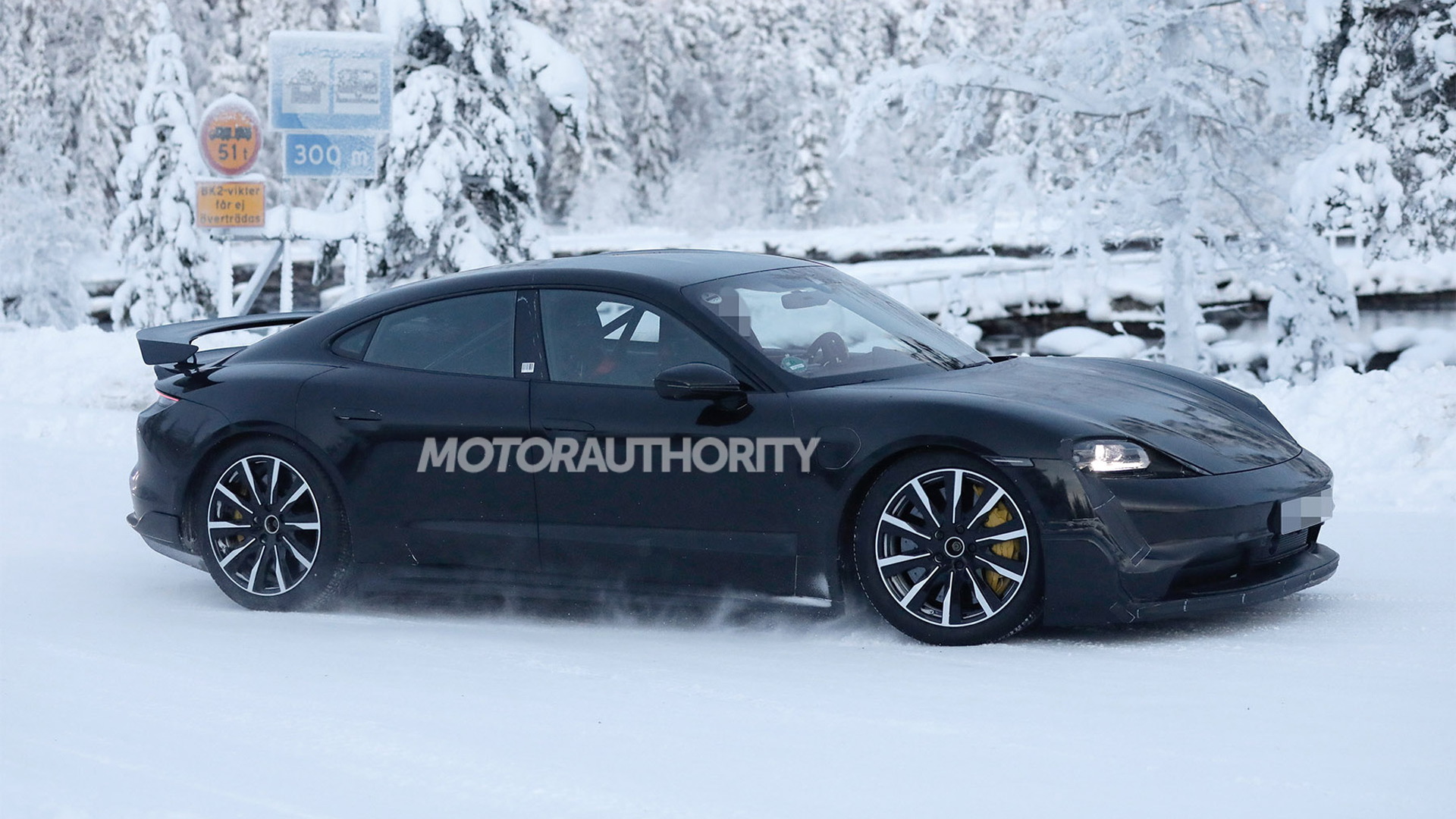 Porsche has once again been spotted testing a Taycan prototype fitted with elements normally seen on the automaker's GT sports cars.

We previously published spy shots of a prototype for an updated Taycan that should arrive later this year to mark the midway point in the electric sedan and wagon's life cycle. However, the prototype shown here is for something very different.

There's no missing the new aerodynamic elements, like the extended front splitter, chunky side skirts, rear diffuser, and rear wing. The front air curtains have also been sealed, suggesting the prototype might feature active shutters or new air channels hidden behind the front fascia.

Also pointing to the prototype being for a new high-performance Taycan variant, Lars Kern has been seen behind the wheel at times, including during some earlier Nürburgring testing. He is Porsche's hot shoe responsible for many of the automaker's official lap times at the 'Ring, and he was the driver of the Taycan Turbo S that in the summer clocked a 7:33.35 lap time at the German racetrack. That mark is more than two seconds quicker than the time set by the much more powerful Tesla Model S Plaid, and is the current record for production EVs at the 'Ring.

Note that engineers have also placed a “TDI” badge on the trunk lid for a bit of fun, a badge that some fellow Volkswagen Group brands use to denote a diesel engine.

Porsche hasn't said whether it plans to introduce faster versions of the Taycan, though there have been rumors of a more powerful three-motor variant designed to match not only Tesla's Plaid but also Lucid's Air Sapphire and other EVs in the pipeline boasting four-figure horsepower numbers. Such a variant could be badged a Taycan Turbo GT, similar to the Cayenne Turbo GT grade.

Performance in the Taycan currently tops out with the Turbo S grade whose output registers at 616 hp (750 hp temporarily), or enough for 0-60 mph acceleration in 2.6 seconds and a top speed of around 162 mph.

Rumors point to the potential new Taycan range topper packing as much as 1,000 hp, which might see the 0-60 time drop closer to 2.0 seconds and the top speed rise to around 200 mph. Stay tuned.