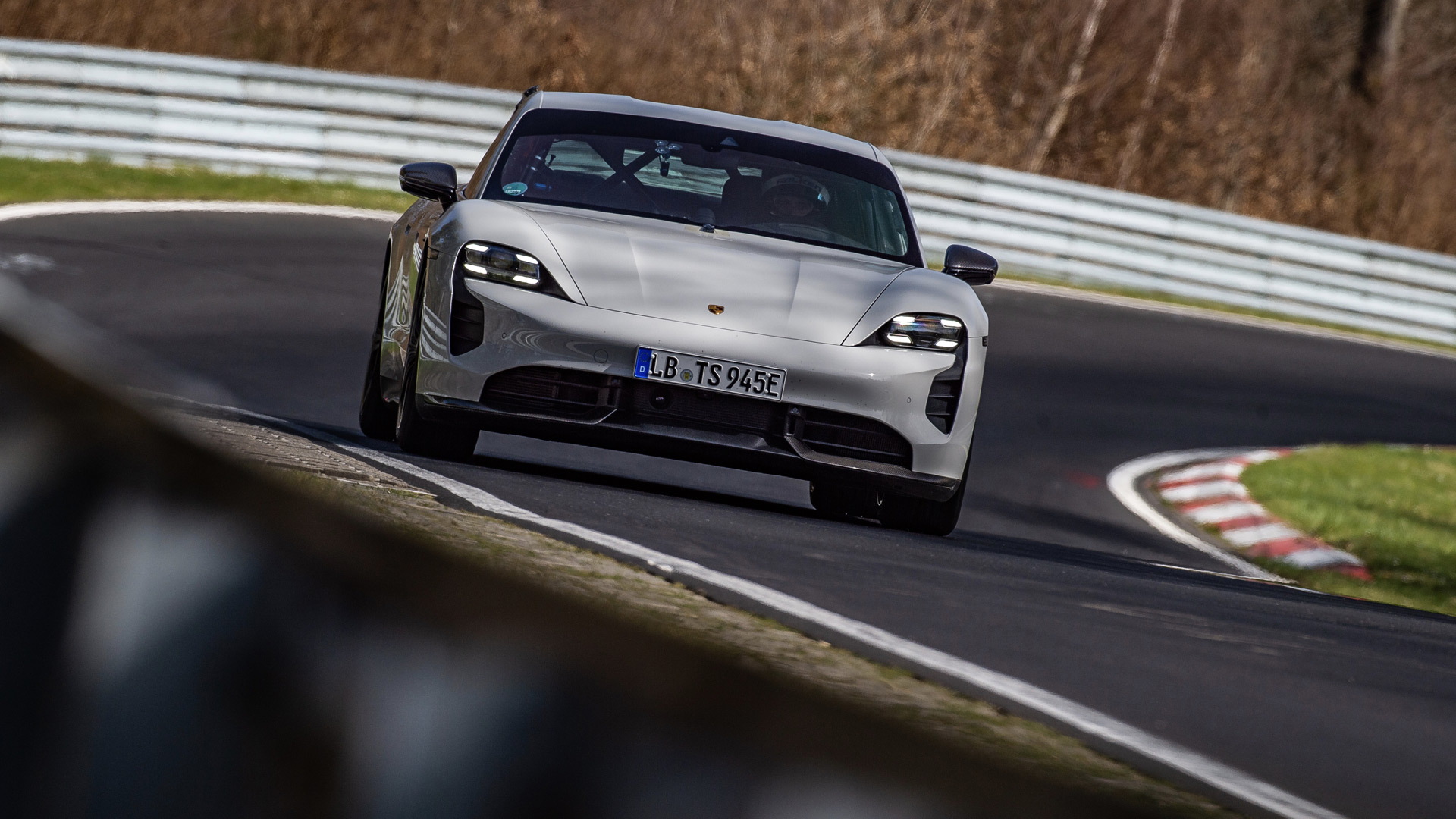 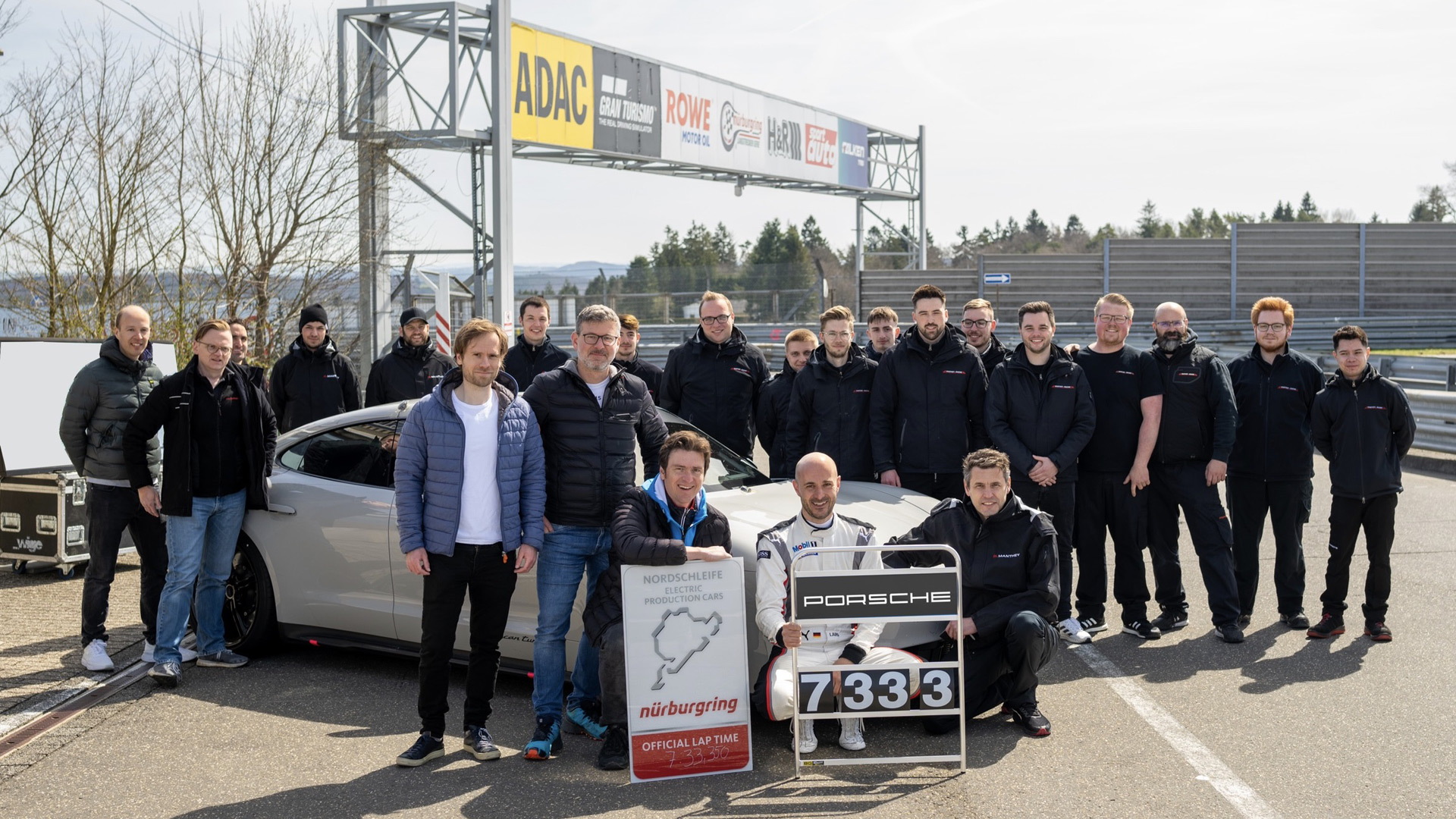 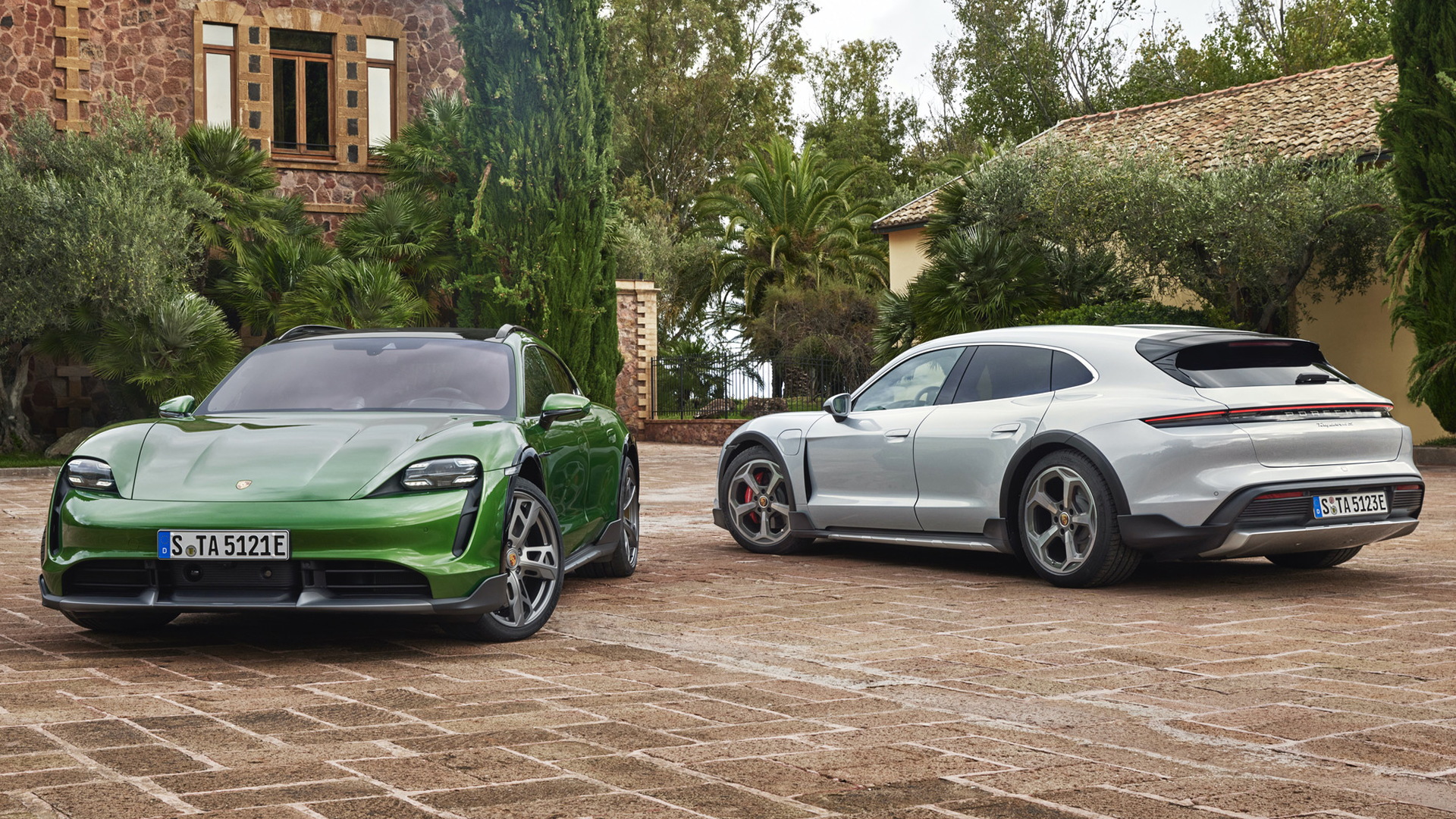 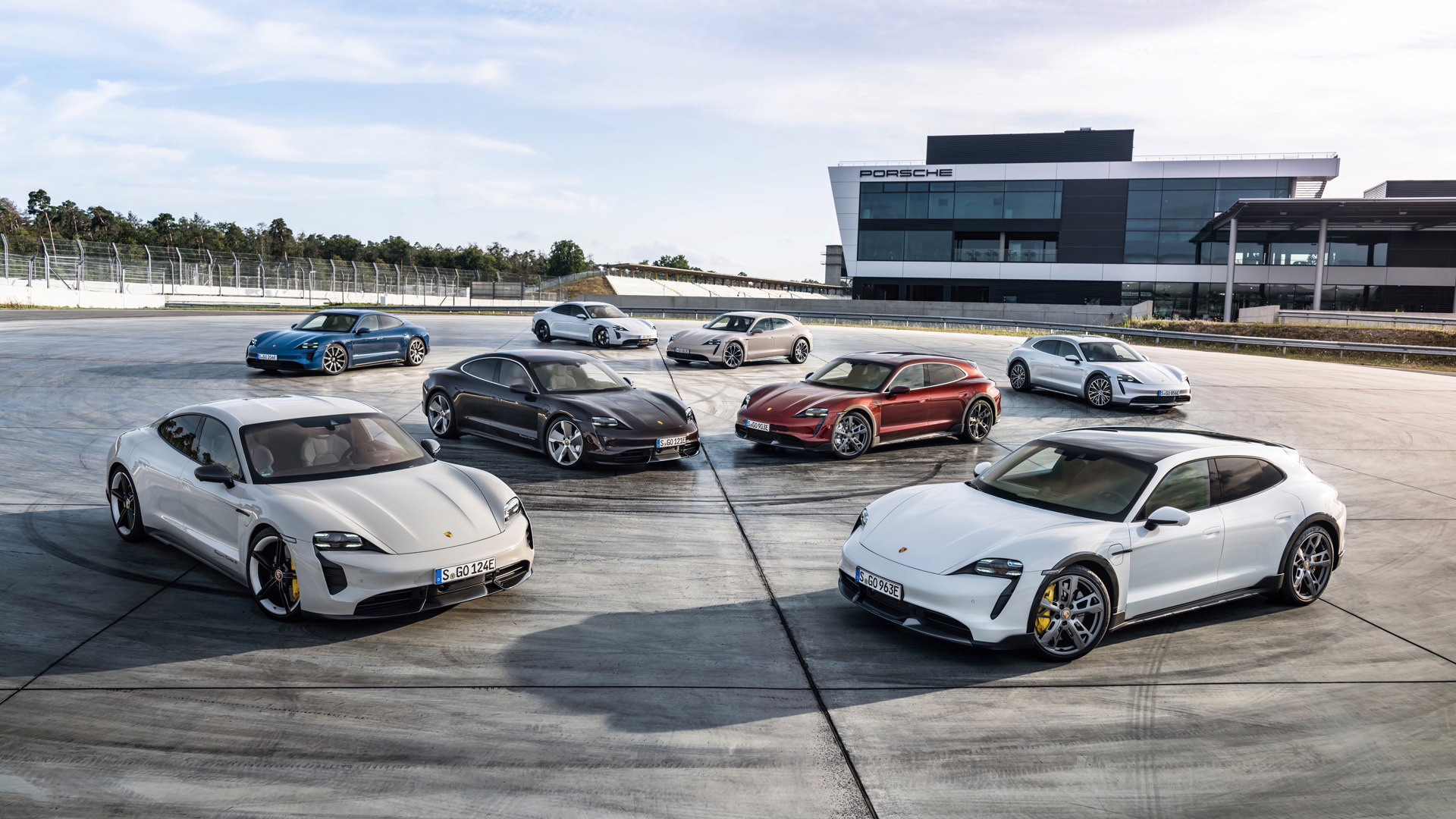 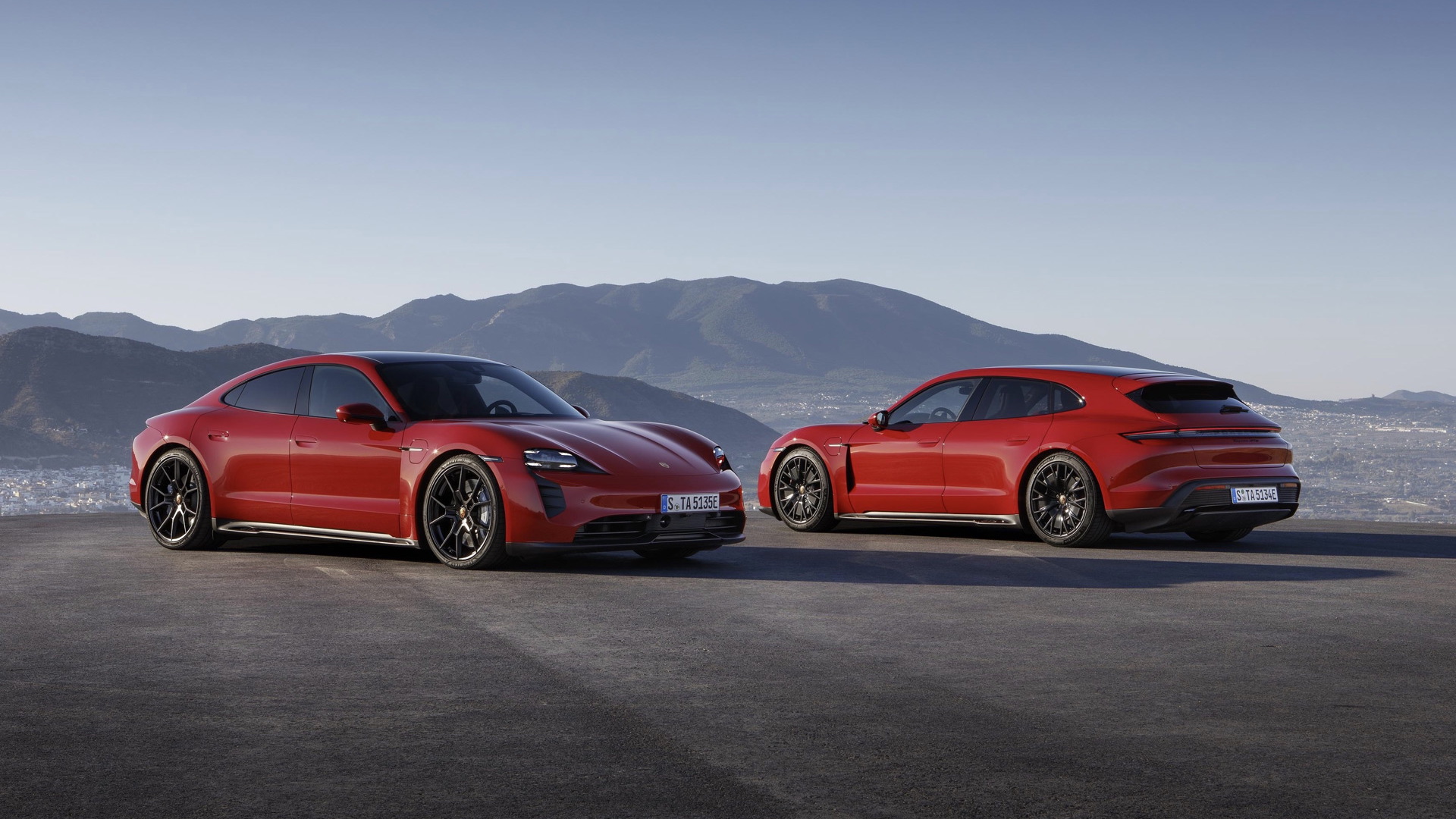 Porsche's Taycan Turbo S with development driver Lars Kern behind the wheel has lapped the full 12.9 miles of the Nürburgring in a time of 7:33.35, the automaker announced on Wednesday.

That's more than two seconds quicker than the time set by the much more powerful Tesla Model S Plaid last September, and is a new record for production electric vehicles at the 'Ring.

The only modifications made to the car were the addition of a roll cage and racing seats required for safety, and according to Porsche the weight was unchanged from a stock standard model. A notary was also on hand to verify the time.

The Taycan Turbo S features a dual-motor powertrain good for 616 hp, or as much as 750 hp for a few seconds when accelerating from a standstill using launch control.

For the record run, the car was equipped with the Porsche Dynamic Chassis Control active roll stabilization system, as well as a newly available performance kit that includes 21-inch wheels wrapped in Pirelli P Zero Corsa tires. The car also ran a new software update that sees the Porsche 4D Chassis Control system account for the new tire compound. The system is designed to analyze and adjust all the of the Taycan's various chassis systems in real time.

The performance kit will be available through the Porsche Tequipment accessories department later this year. It's designed for the 2023 Taycan Turbo S and has only been announced for the German market at present.

“In the past, only thoroughbred super sports cars got into the 7:33 range,” Kern said in a statement. “With the new performance kit I was able to push even harder, and the car was even more precise and agile to boot.”

All 2023 Taycans have benefited from a series of software updates. These mostly improve some functions on the various grades, and in some cases increases efficiency of the powertrain.